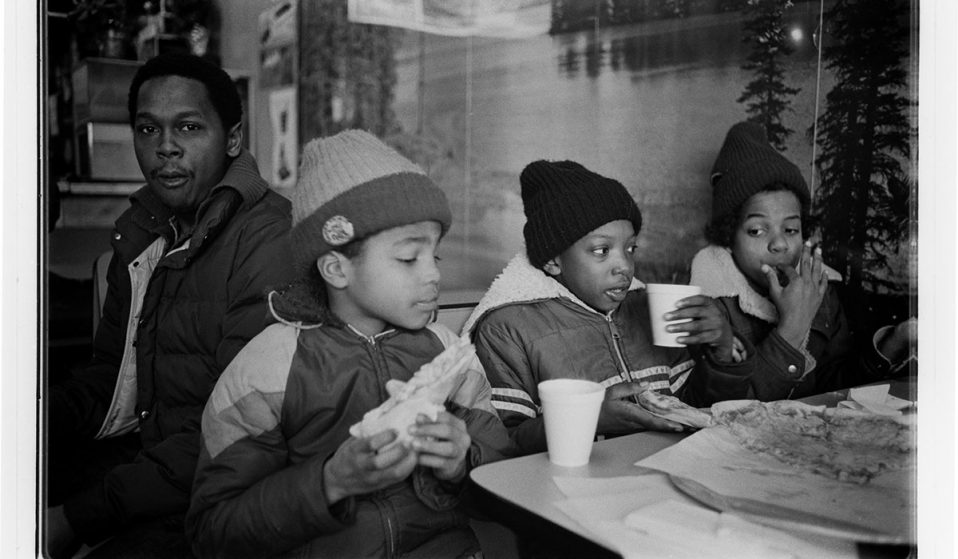 Over a period of four months in 1980, photographer Lionel Derimais created a collection of gritty black and white street shots which show the city in its full pre-gentrification glory.

Over a period of four months in 1980, photographer Lionel Derimais created a collection of gritty black and white street shots which show the city in its full pre-gentrification glory.

Parisian native Lionel Derimais fell into photography by accident. He dreamed of becoming a veterinarian, but his math grades made such aspirations impossible.

“In 1977, a school mate showed me his camera. I immediately thought: ‘I’ll do that too’ – even though I had no idea what ‘that’ meant,” he recalls. That summer, Derimais got a job at a photography shop, bought his first camera, built a darkroom, and never looked back.

In September 1979, he arrived in New York to study English at Columbia University. “But I just wanted to be ‘out there’ with film in my pocket, taking pictures,” he says. 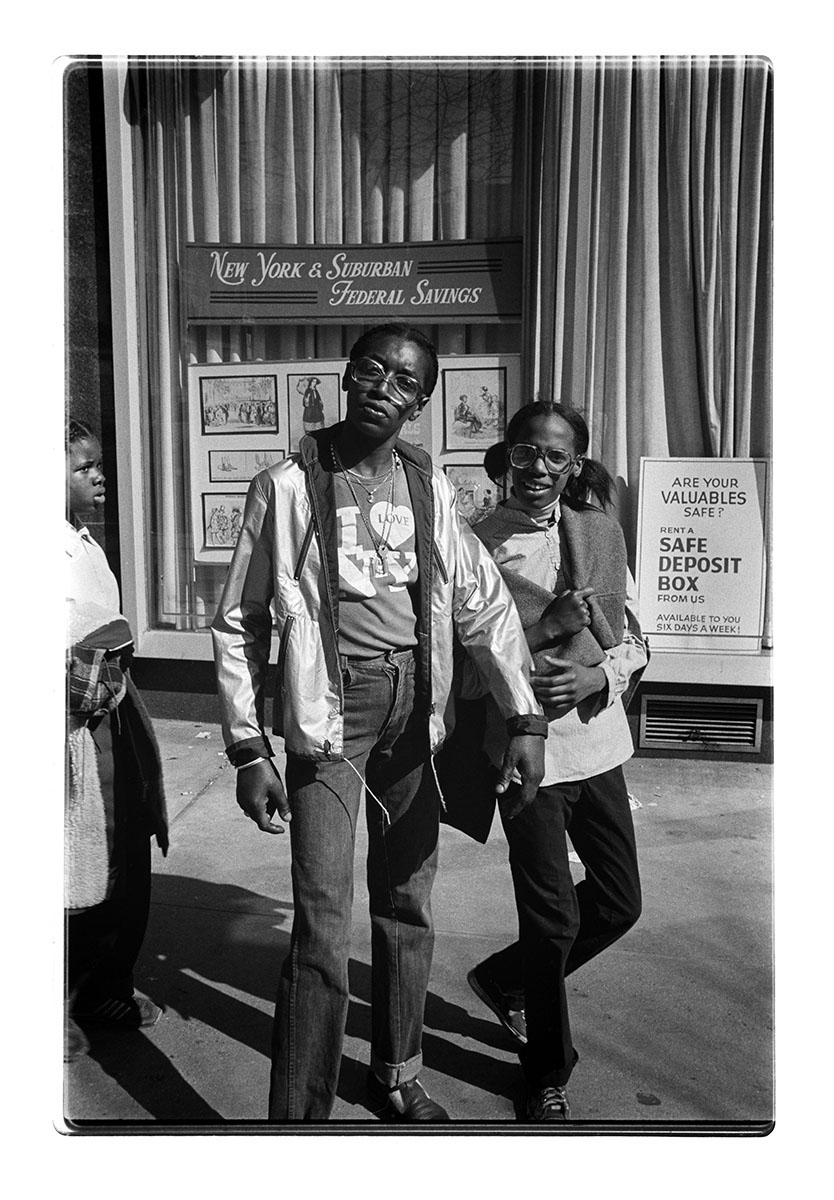 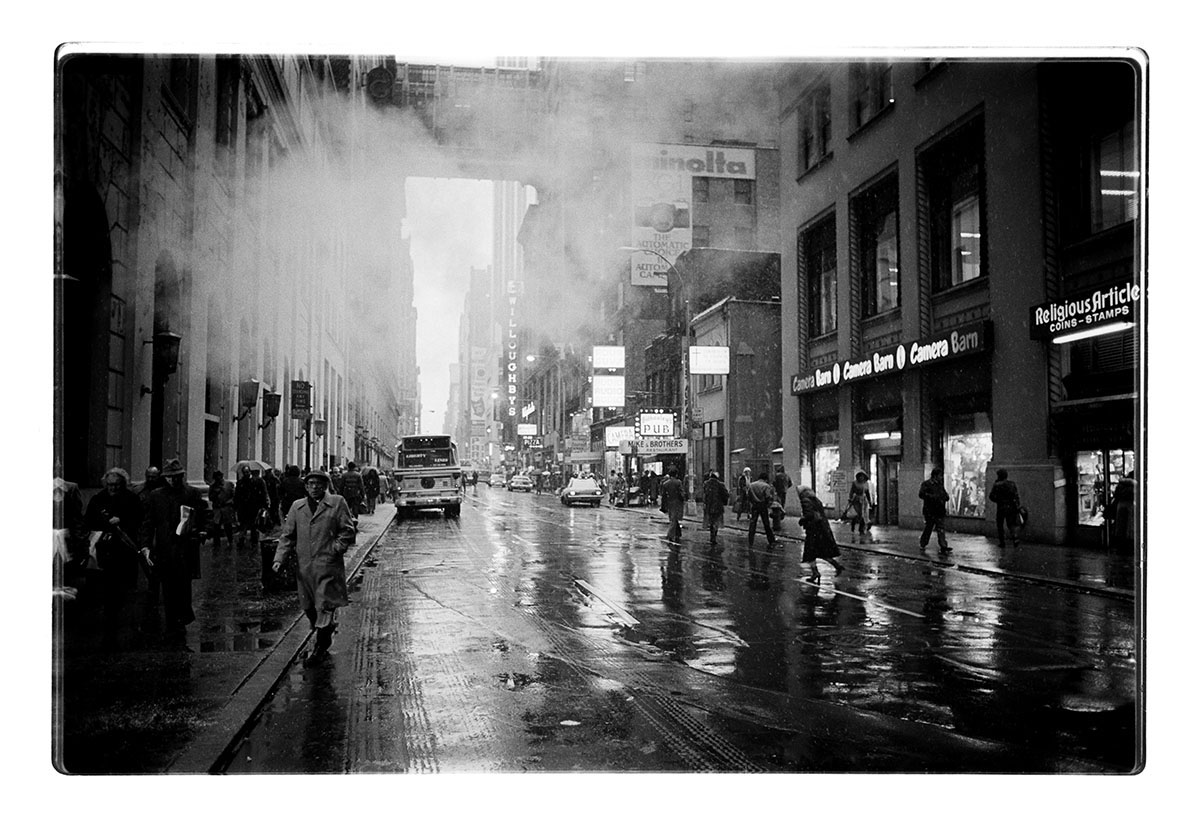 Derimais went home, only to return once more in January 1980 to study at the International Center of Photography. “It was a very happy period of my life: shoot, process, print, repeat. A photographer’s dream,” he says. “Everywhere I turned I saw a great picture, it was ‘cinéma permanent’! The size and the atmosphere of the city was something else: the noise of the New York traffic is so special, the cars were just like in Mean Streets and Taxi Driver, and the height of the buildings on Seventh Avenue was like the Rocky Mountains looming over the streets.”

Over a period of four months, Derimais created a collection of gritty black and white street shots just published in the new books New York 1980 Vol. 1 and II (Café Royal Books) that capture the raw, frenetic energy of the city before gentrification.

“In 1980, New York had a reputation for being dangerous, so there was an atmosphere that you had to be careful when walking around,” he says. “One morning near the Madison Square Garden a guy tried to mug me. I managed to walk away but in my naivety, I went back to the guy, asking why he wanted to take my camera because I didn’t have much more than he did. He let me speak, then put his hand on my shoulder and said, ‘If I’d wanted to take your camera, I’d have taken it!’” 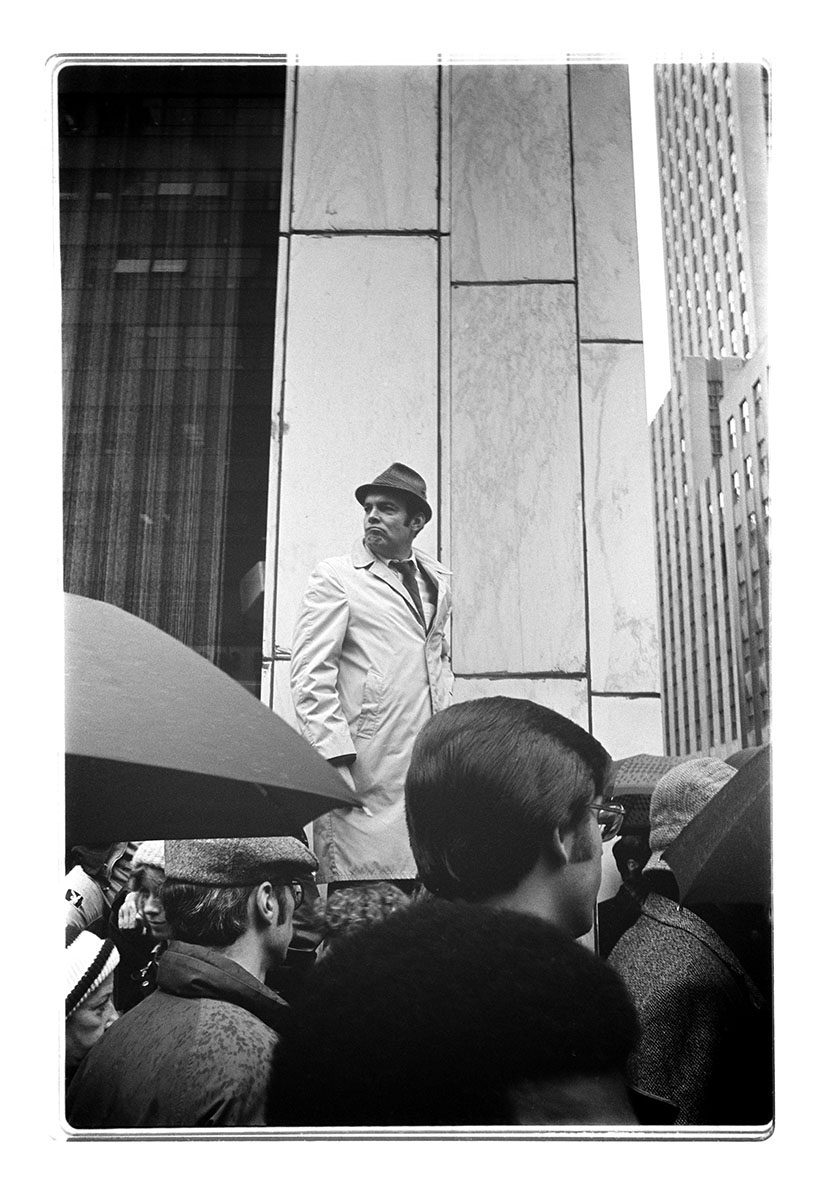 Man wearing a hat, a raincoat and wearing a tie makes a strange face at the St Patrick’s day parade, Manhattan, New York, 1980 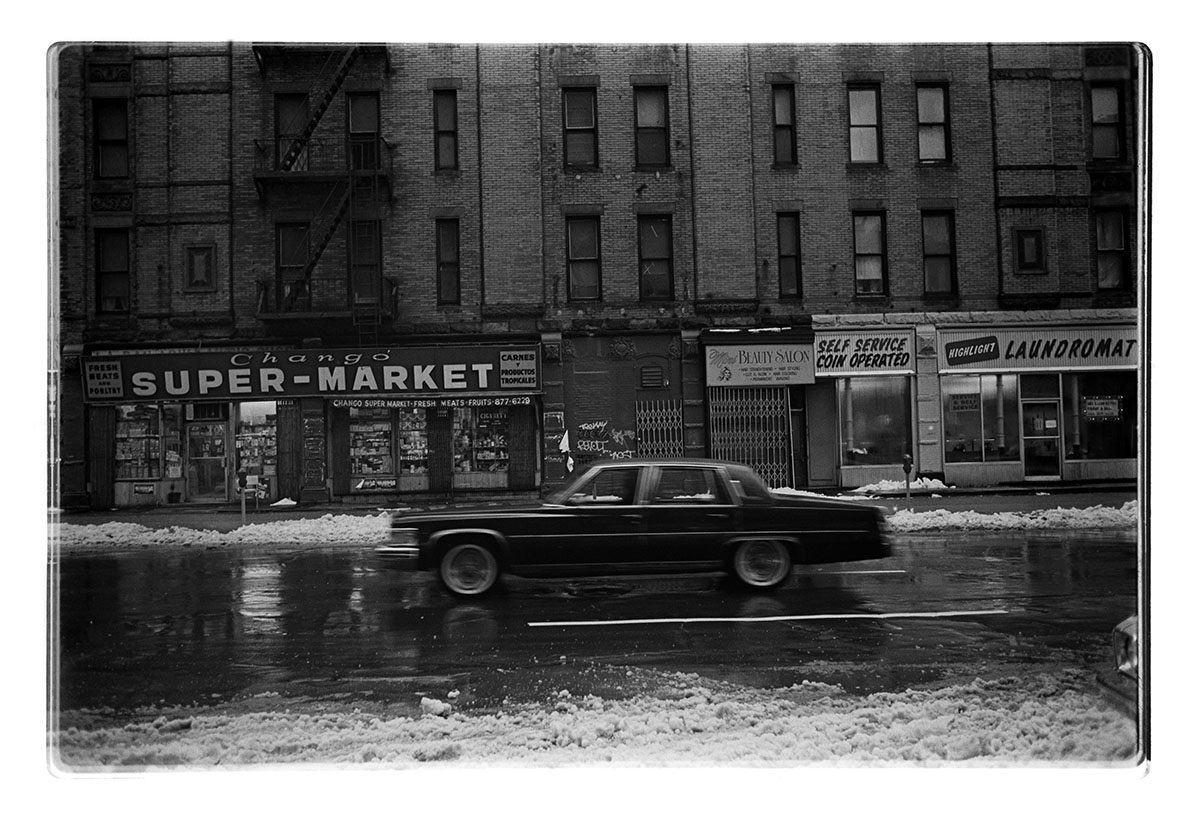 An American car passes a down and out area of Manhattan, New York, 1980

After that encounter, Derimais took care to carry his camera under his coat with a strap long enough that allowed him to shoot. “On one occasion, I saw a young kid running through the subway cars, gun in his hand, with the police running after him,” he recalls. “It seemed to me that if you stayed long enough in New York — about a week by my calculation — you would see someone waving a gun.”

But Derimais loved the free spirit of New York, of the casual exchanges on the street with total strangers, something he notes would never happen in Paris. “There was a sense that everything was quick and simple,” he says.

One night, Derimais spotted Frank Sinatra shooting one of his last feature films, The First Deadly Sin, at a café near his place of residence. “I went to take some pictures of him waiting on the sidewalk. As you might imagine, it was not possible to get very close but he spotted me and asked a cop to tell me to stop taking pictures. The pictures came out very grainy, not good at all, and only I know it’s Frank Sinatra!” 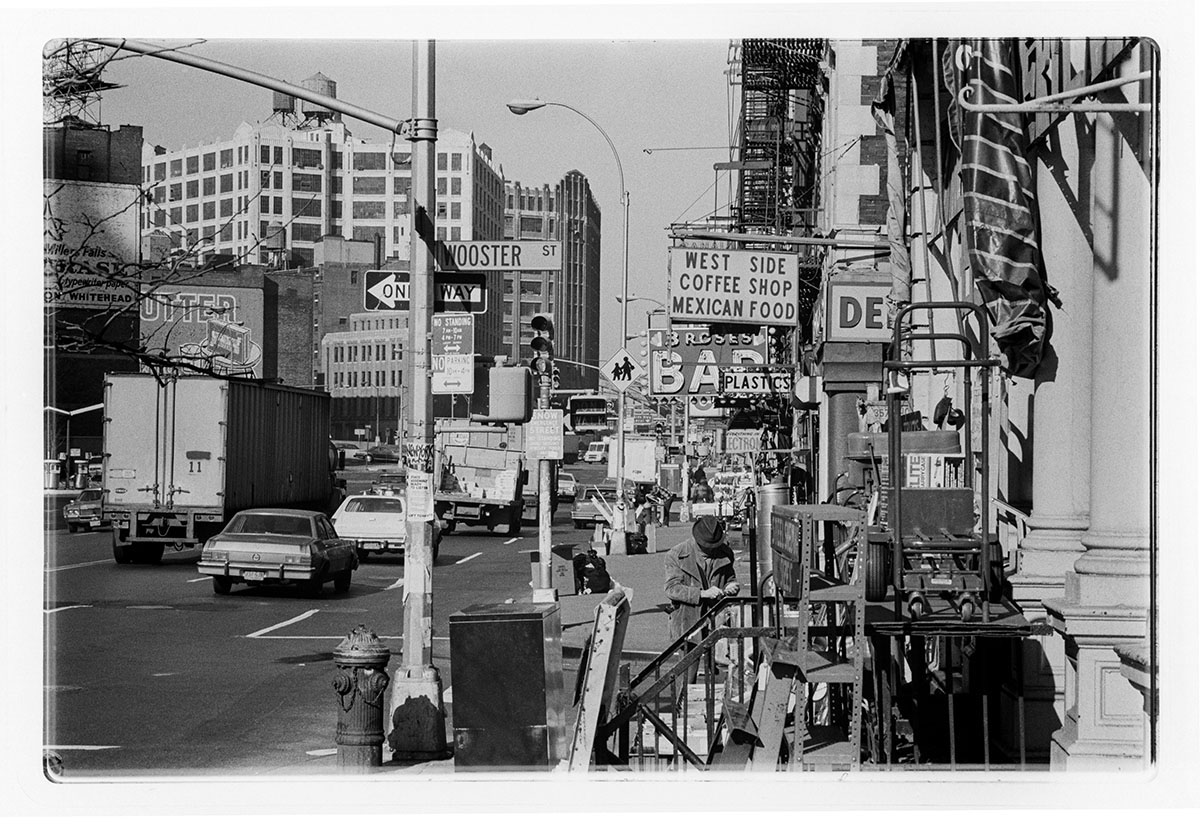 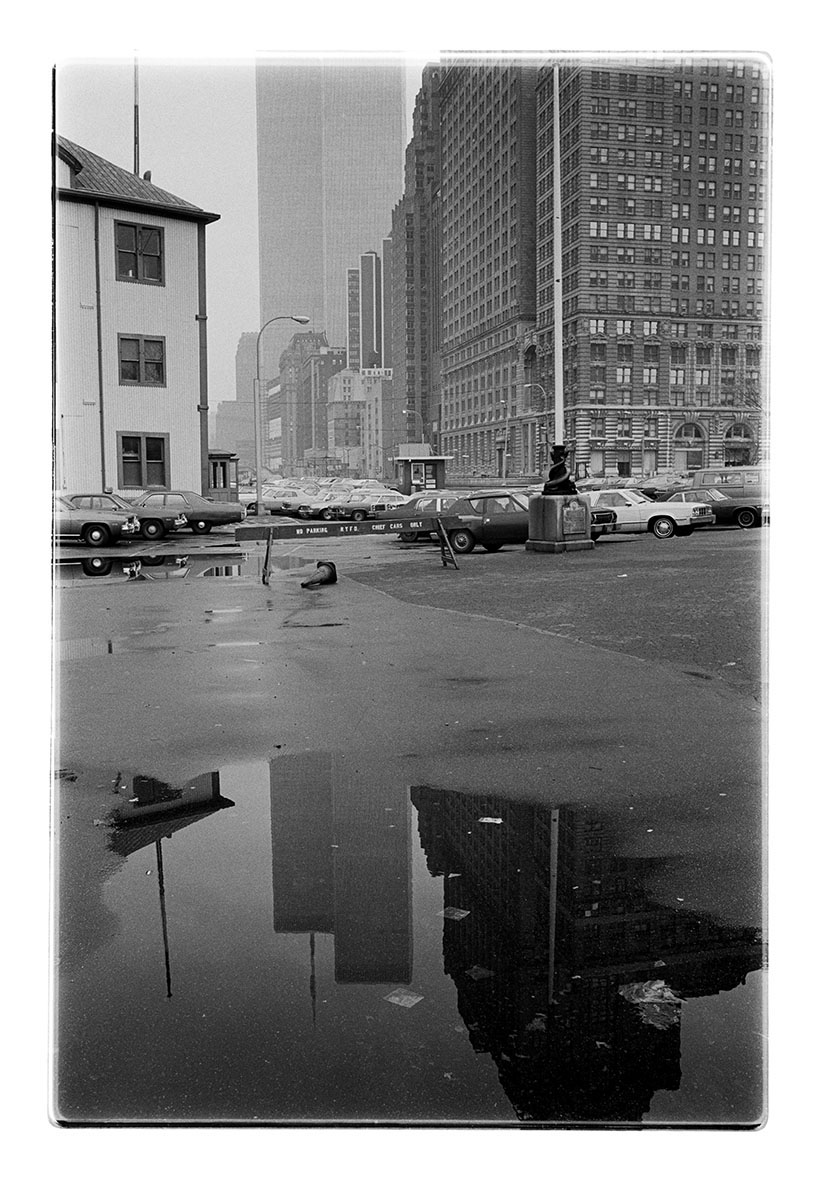 A reflection of the twin towers in downtown Manhattan, Manhattan, New York 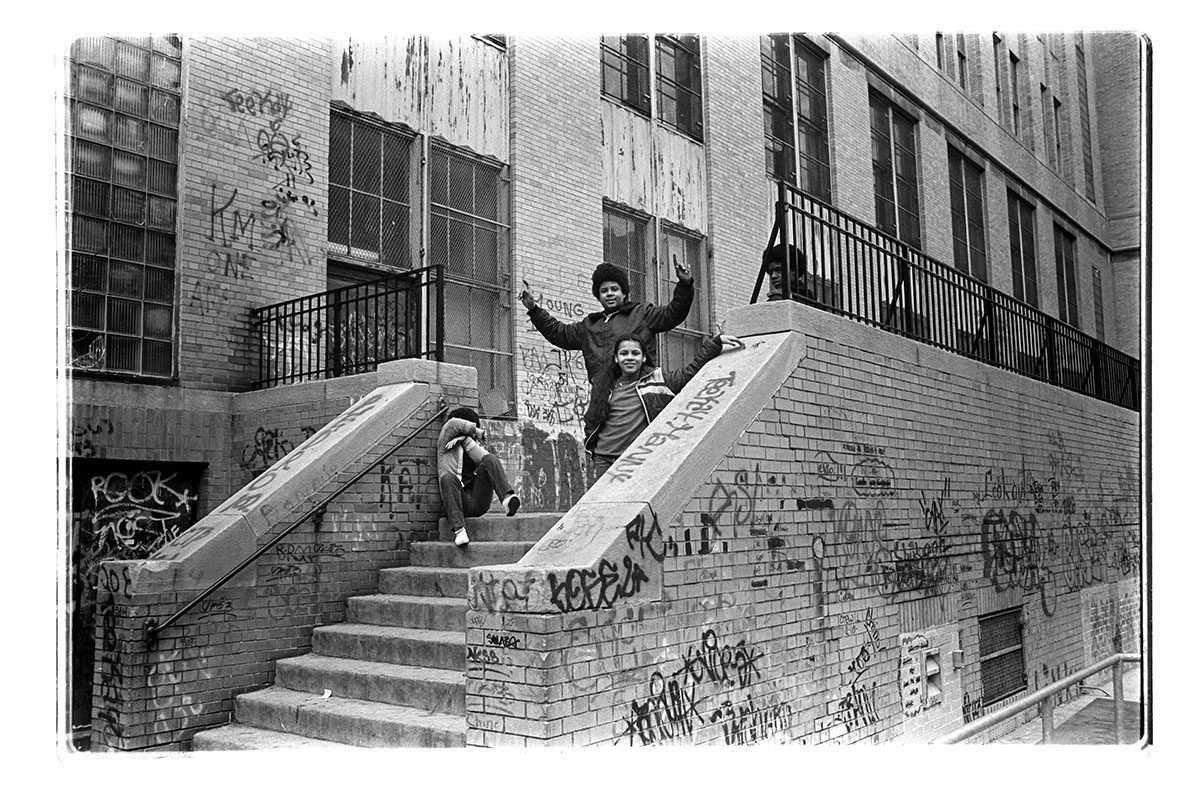 Kids posing for a photo while another one hides, Manhattan, New York City 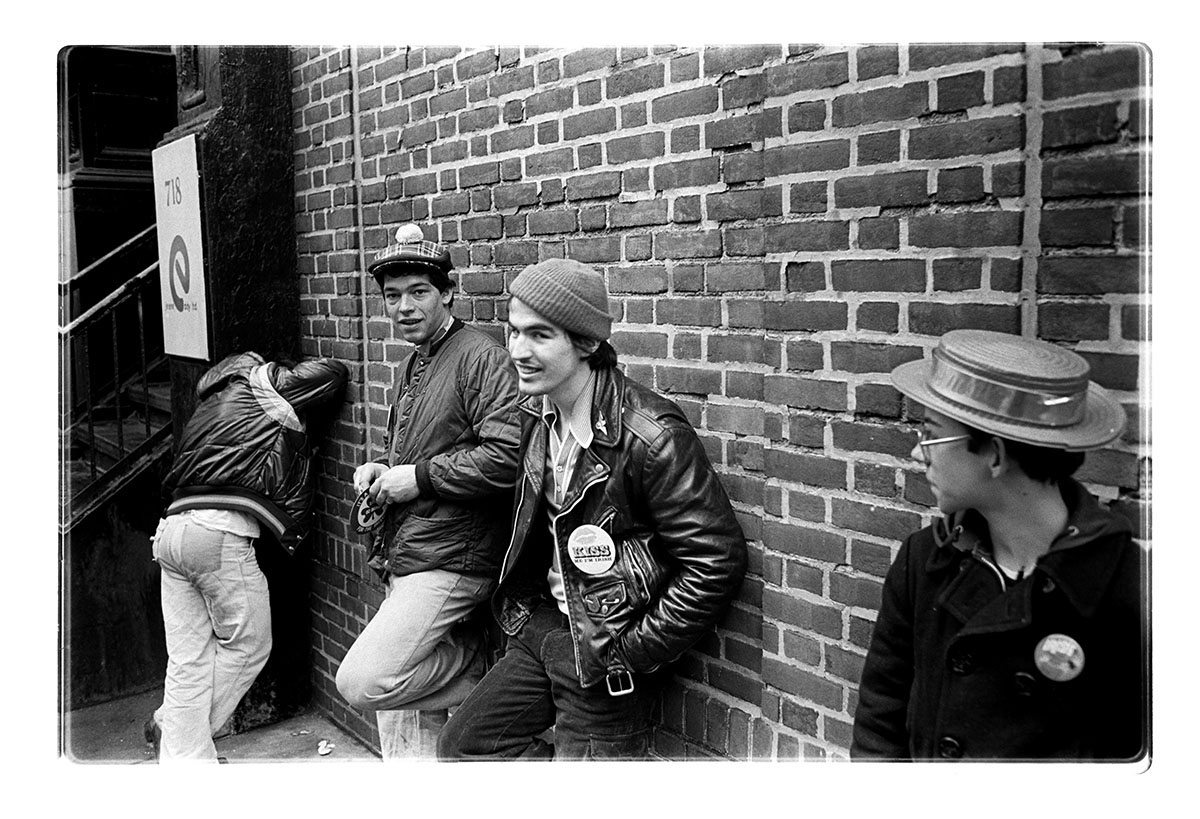 Young men – including one who is sick – at the 1980 St Patrick’s day parade, Manhattan, New York City

Linkedin
RELATED ARTICLES
OTHER ARTICLES
In his 2008 series, the photographer pictured himself as Angela Davis, Martin Luther King Jr., Malcolm X, and other prominent figures.
A group of young Palestinians have found temporary freedom in the act of parkour, reimagining wreckage and ruins as a series of high-octane playgrounds.
Rogue landlords are exploiting young and inexperienced renters and leaving them in mental and financial turmoil, reports Niall Hignett.
Yesterday thousands gathered outside Buckingham Palace after news of the Queen’s death broke.
For over a decade, gamblers have won big by employing people to place live bets from the court. But does this dubious method still work?
As the Scottish government announces a rent freeze, an activist with Living Rent who fought and won shares how they did it, and what must come next.