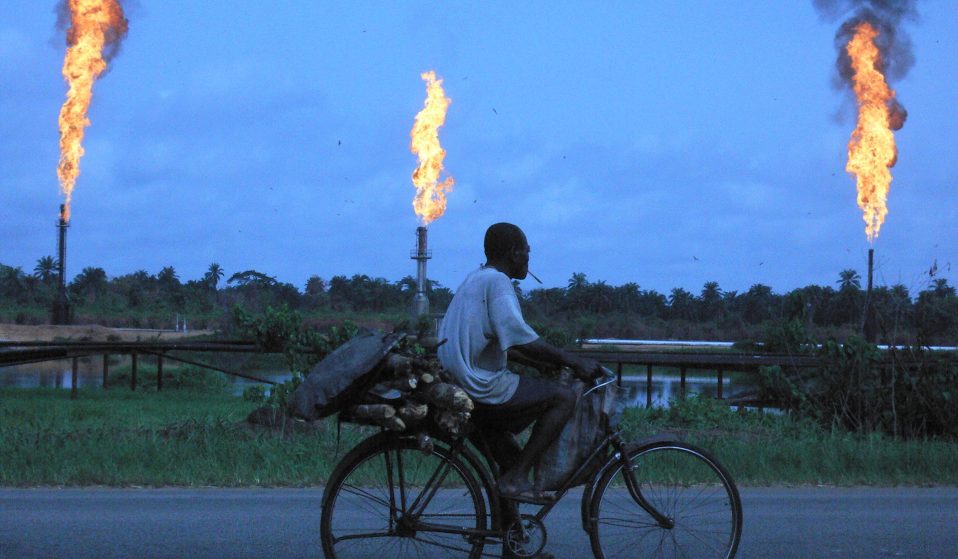 A new exhibition in Glasgow coinciding with COP26 exposes how governments and businesses globally play a part in the unfair impacts of climate change.

A new exhibition in Glasgow coinciding with COP26 travels across countries and over decades to expose how businesses and governments, both at home and globally, play a part in the unfair impacts of climate change.

For the last 10 days, all eyes have been on Glasgow as the world’s leaders meet to discuss solutions to the climate crisis. From milquetoast announcements that lack the ambition to fully contend with the scale of the crisis to the usual media circus around leaders and celebrities, it can become easy to view the fight against the climate crisis in the abstract.

The reality, however, is very different. Communities across the world are already on the front lines of climate breakdown. Many of them are marginalised and indigenous peoples, who have contributed least to the causes of devastating climate change. Time and time again, these communities, and the inspiring fight back they are leading, are absent from discussion.

That’s why Friends of the Earth have curated From Scotland to Sarawak, a new exhibition at Tramway in Glasgow, showcasing the stories of those resisting the reality of an overheated planet. The pictures, which show the very real impact of climate change happening now, portray communities and struggles across the world, marching and organising in unison against climate change.

Shaunna Lee Rushton, curator of From Scotland to Sarawak, told Huck: “These stories act as a reminder that the only solutions to the climate crisis are the ones that work for us all, which is especially pertinent as world leaders gather less than two miles away.

“From Scotland to Sarawak, and across the 18 countries represented in this exhibition, the drastically unfair impacts of climate breakdown are recognised. But despite these trying and varying circumstances, resistance is happening in local communities right across the world. Our connectedness is what offers us hope.”

The exhibition contains images showing the Doevi Kope community in Togo mobilising to prevent oil exploitation, Palestinian women running renewable energy projects, Indigenous Peoples of Sarawak protecting Malaysian forests and the Falkirk community-led campaign against petrochemical giant Ineos in Scotland, amongst others. In stark contrast to the stage-managed climate talks happening in Glasgow, the exhibition shows the hope and power that comes when communities and people come together to fight.

Below are a collection of some of the images on display for the duration of the COP26 summit. 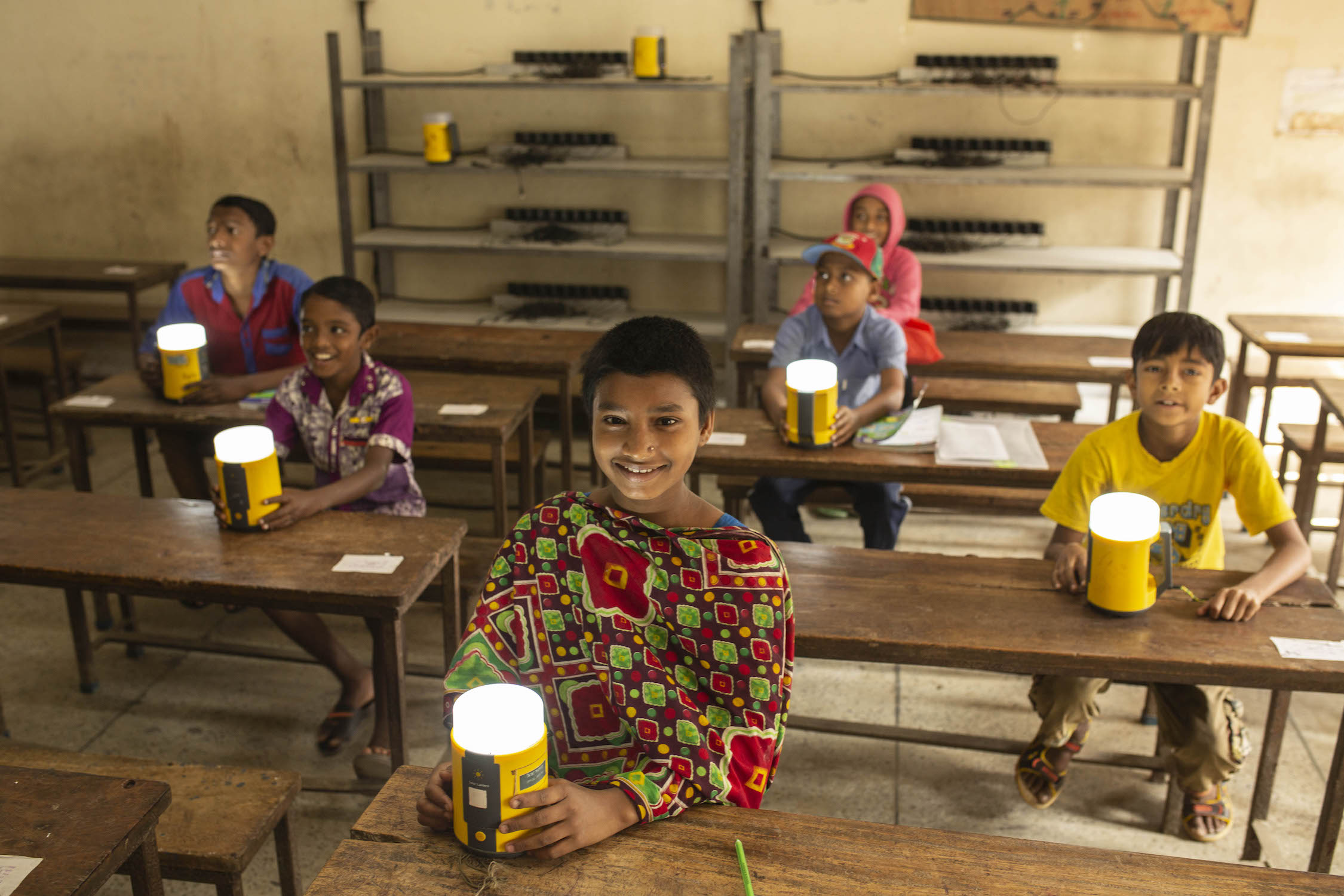 © Luka Tomac/Friends of the Earth International Sundarbans, Bangladesh. In the Sundarbans, children are lighting up the forest through an inspiring solar initiative by the Bangladesh Environment and Development Society (BEDS). “We somehow created a social energy grid. As the village is not electrified, children everyday bring their batteries and lamps to school and charge them on our central solar system. They go home with full batteries and bring light and energy to their families” – Maksudur Rahman, BEDS 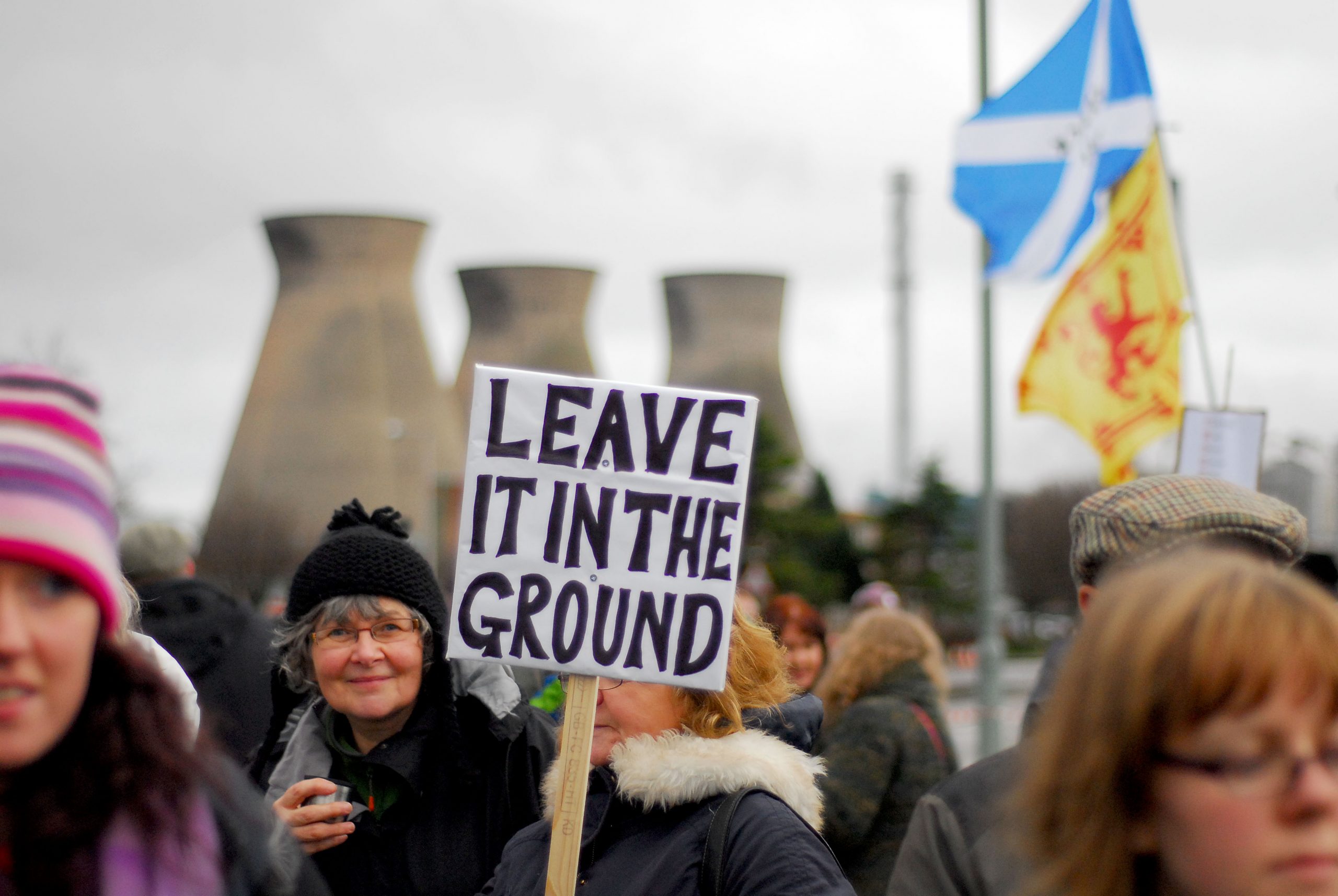 © John Fitzgerald / Friends of the Earth Scotland Grangemouth, Scotland. Anti-fracking protests outside Grangemouth plant in 2015. The presence of the fossil fuel industry and community resistance against it is a familiar story in the town of Grangemouth, in Scotland’s central belt, where community opposition successfully helped stop plans to drill for fracking. 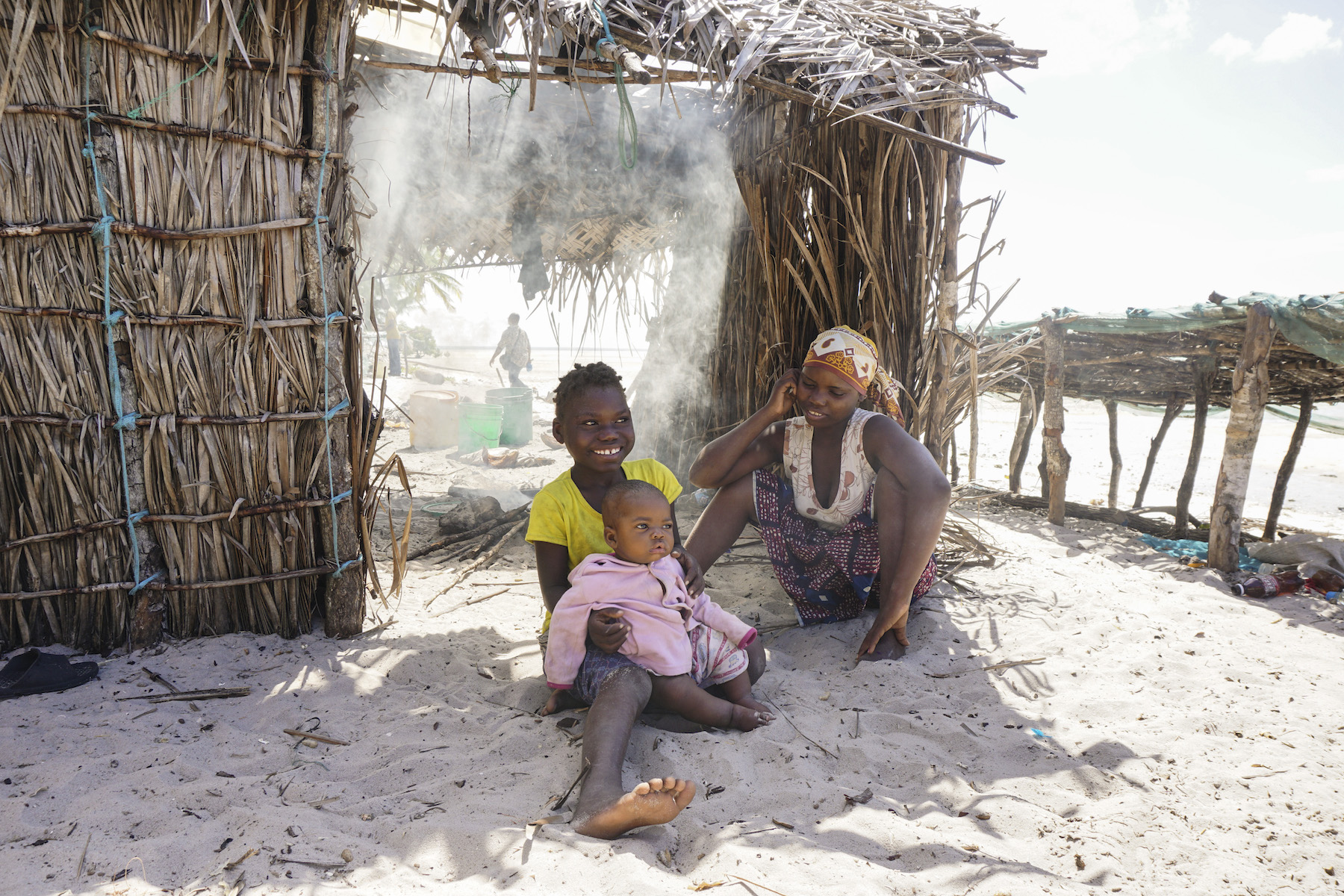 © Milieudefensie/Friends of the Earth Netherlands Milamba community, Cabo Delgado province, Mozambique. In May 2020, 37 families sent another complaint to Total about the loss of their land and lack of compensation. As of October 2021, this letter remains unanswered. 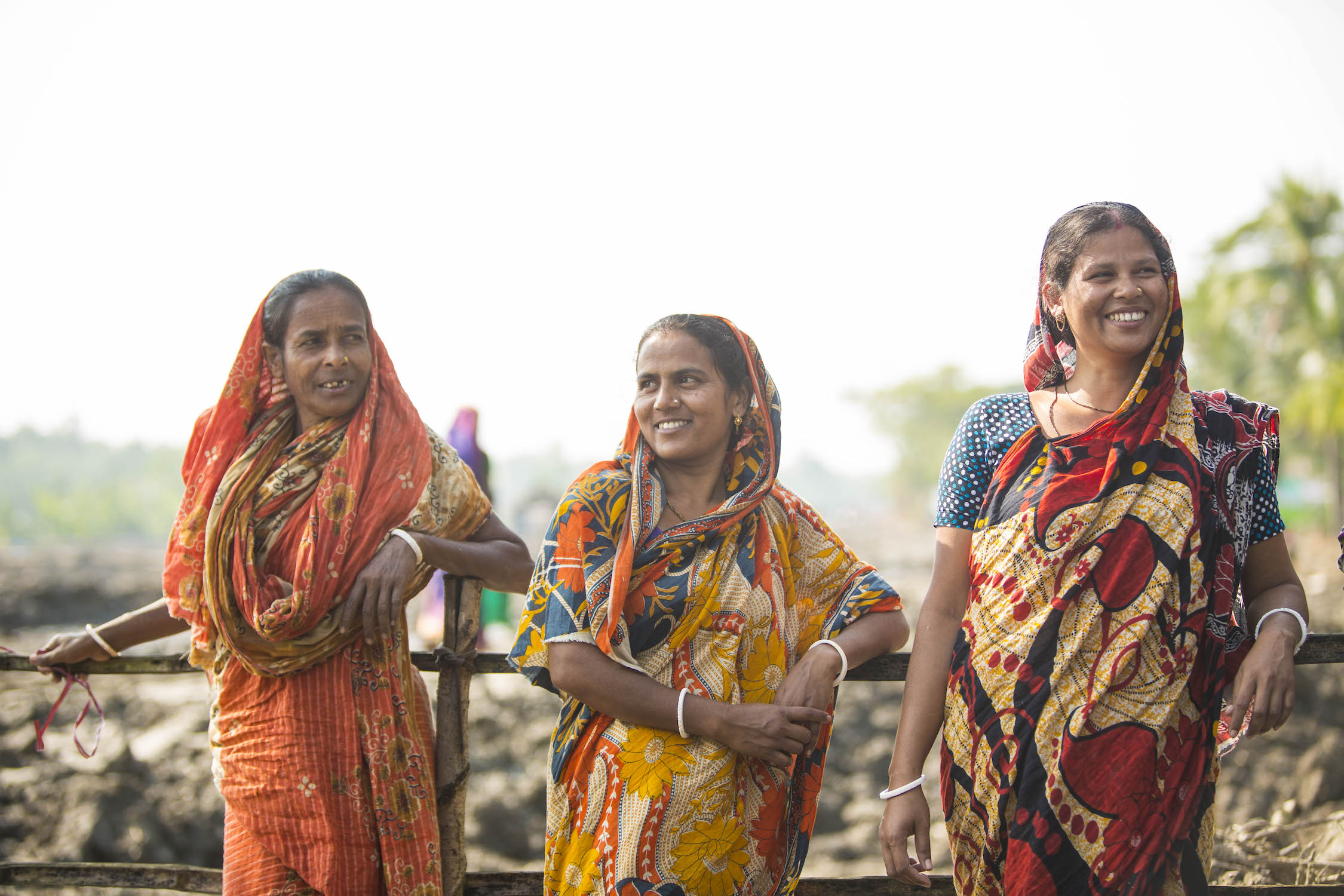 Luka Tomac/Friends of the Earth International Sundarbans, Bangladesh. The largest coastal mangrove forest in the world is the Sundarbans forest. It has sustained local communities for generations, but now it is under threat from the coal-based Rampal power plant. In the same area of the Sundarbans where Rampal will damage the ecosystem and people’s livelihoods, community-based renewable energy is thriving. 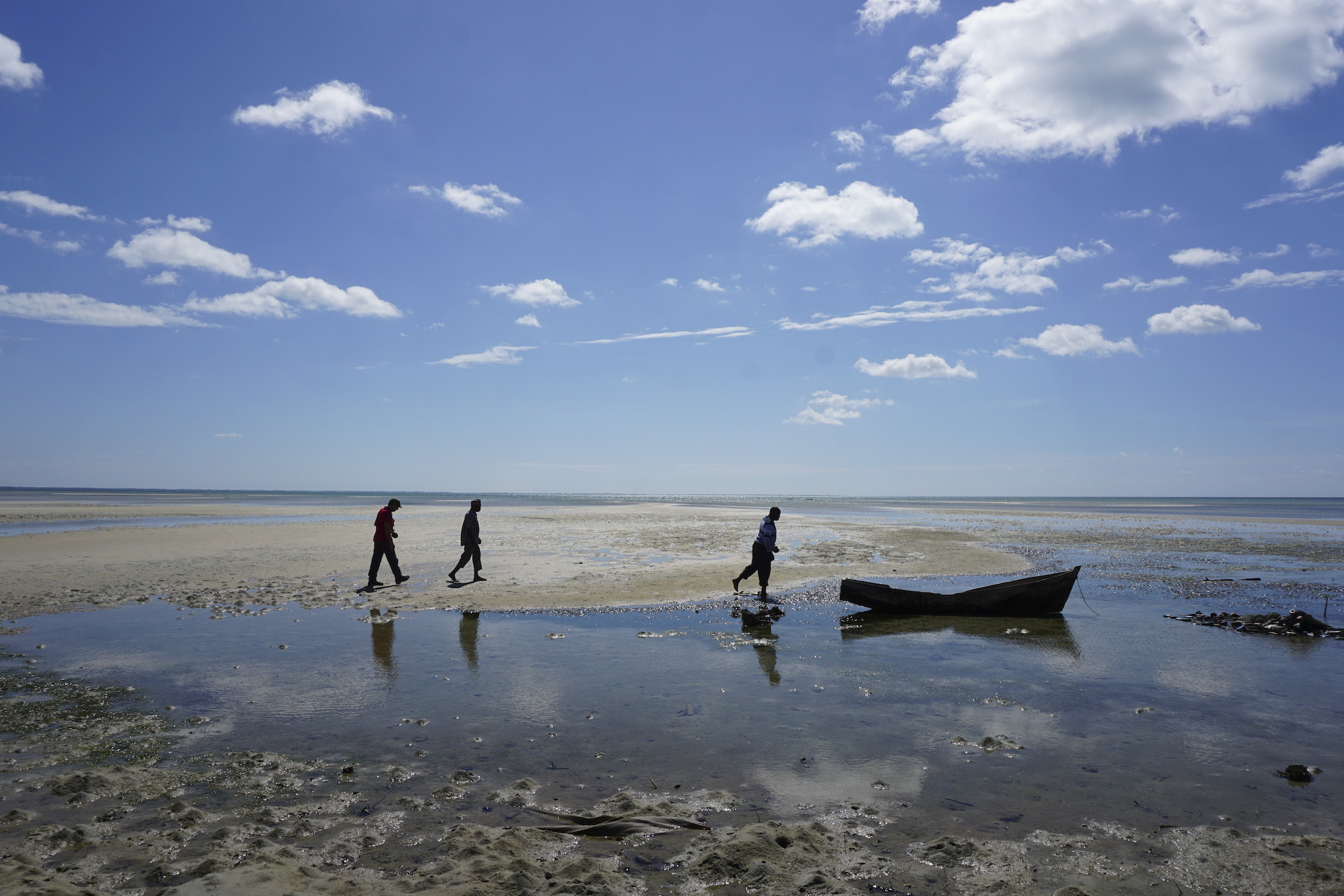 Photograph: © Milieudefensie/Friends of the Earth Netherlands, Milamba community, Cabo Delgado province, Mozambique. In May 2020, 37 families sent another complaint to Total about the loss of their land and lack of compensation. As of October 2021, this letter remains unanswered. 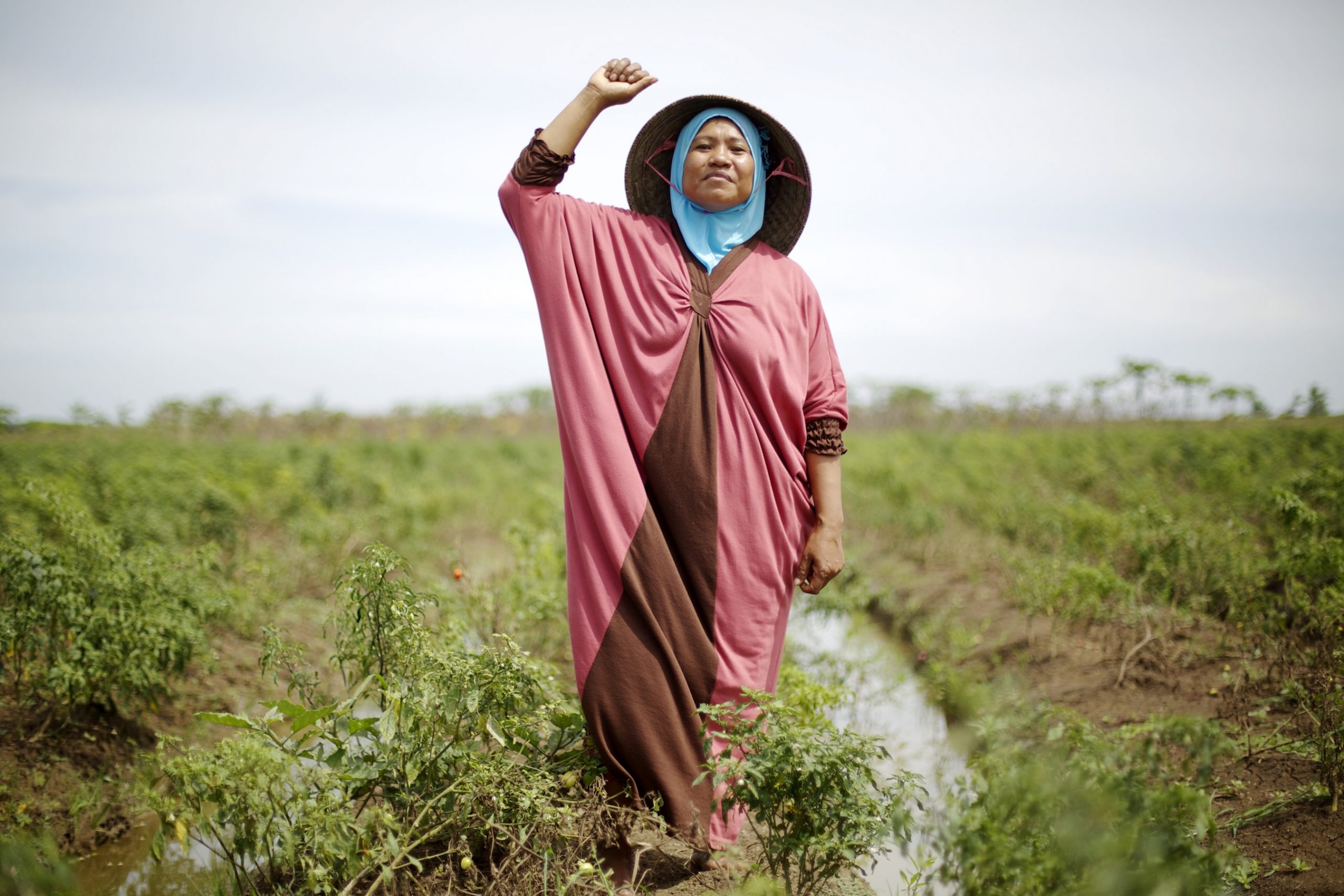 © Luka Tomac/ Friends of the Earth International Kalimantan, Indonesia. “Farming food next to a coal plant caused big loss to my income. I want my children to have a future better than this, so that’s why I resist the new coal plant!” Ibu Rumsiah, on resisting the Indrumayu coal fired power plant. 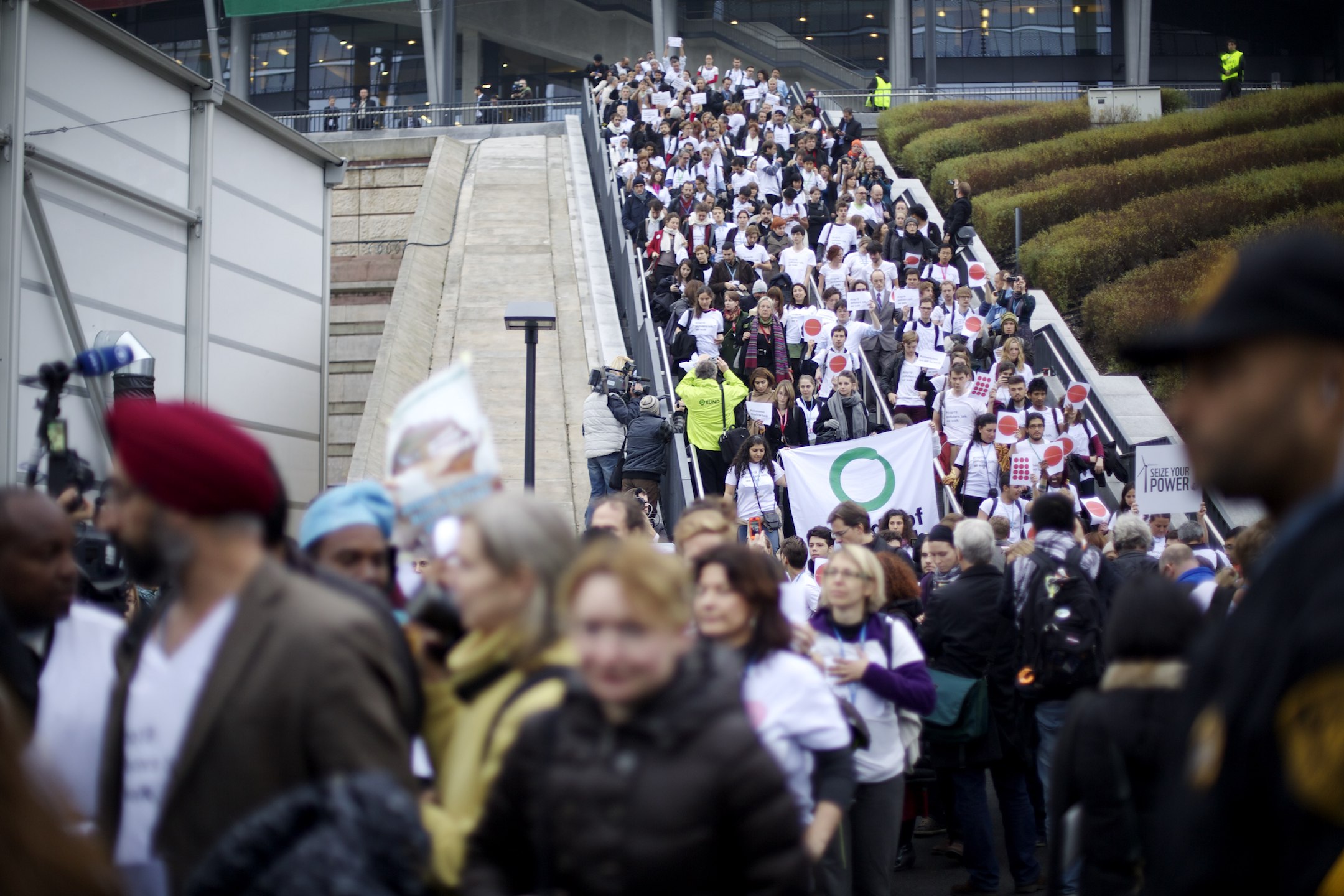 © Luka Tomac/Friends of the Earth International, Warsaw.  One day before the scheduled conclusion of the COP19 in Warsaw, hundreds of climate activists, including Friends of the Earth, walked out in protest at the lack of ambition at the talks, and in solidarity with people affected by climate change. 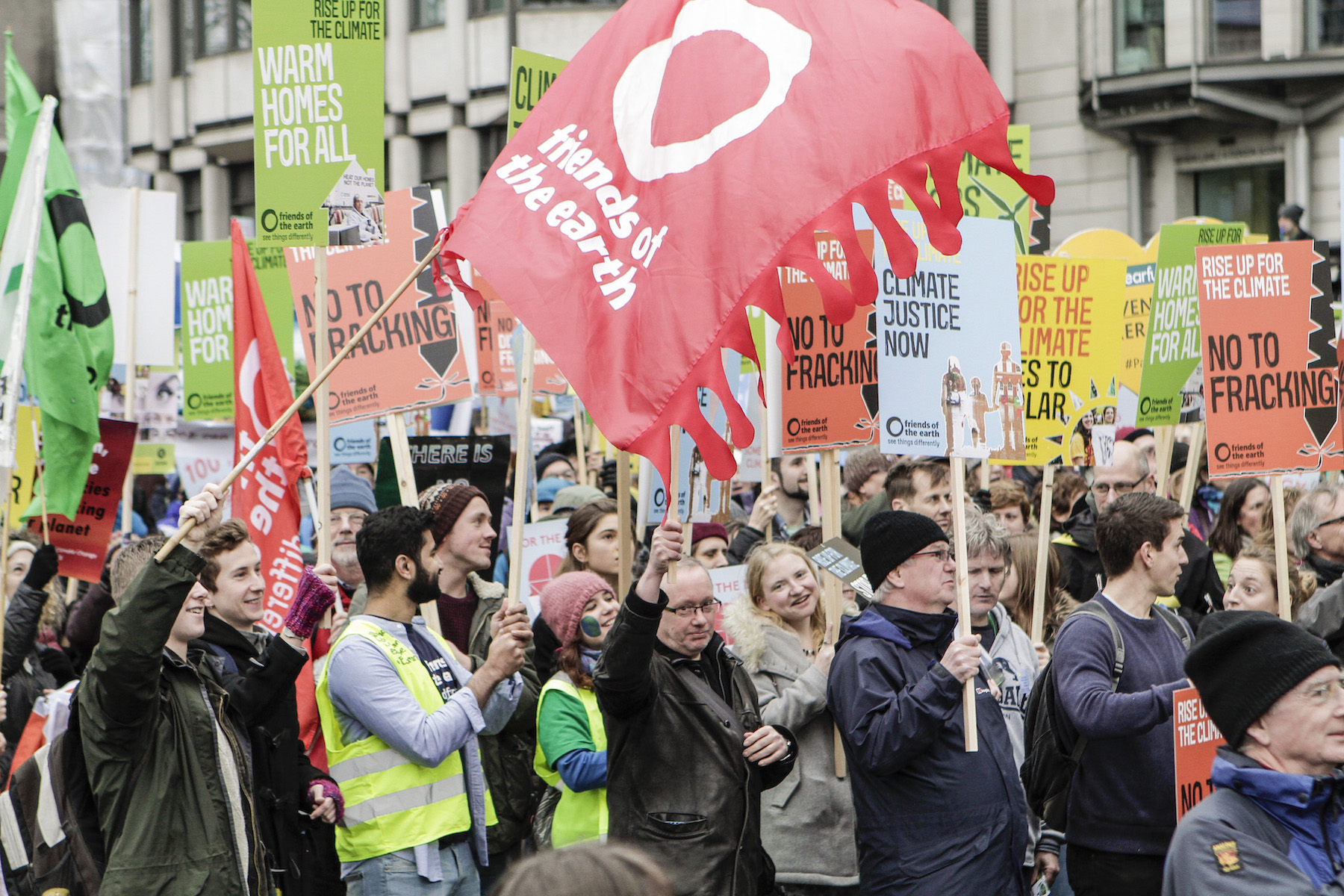 Ⓒ Amelia Collins/Friends of the Earth. London, 29 November 2015. Ahead of the UN climate talks in Paris activists and civil society groups came together as part of The People’s March for Climate, Justice and Jobs. The largest protest was in London, with 50,000 people taking part. 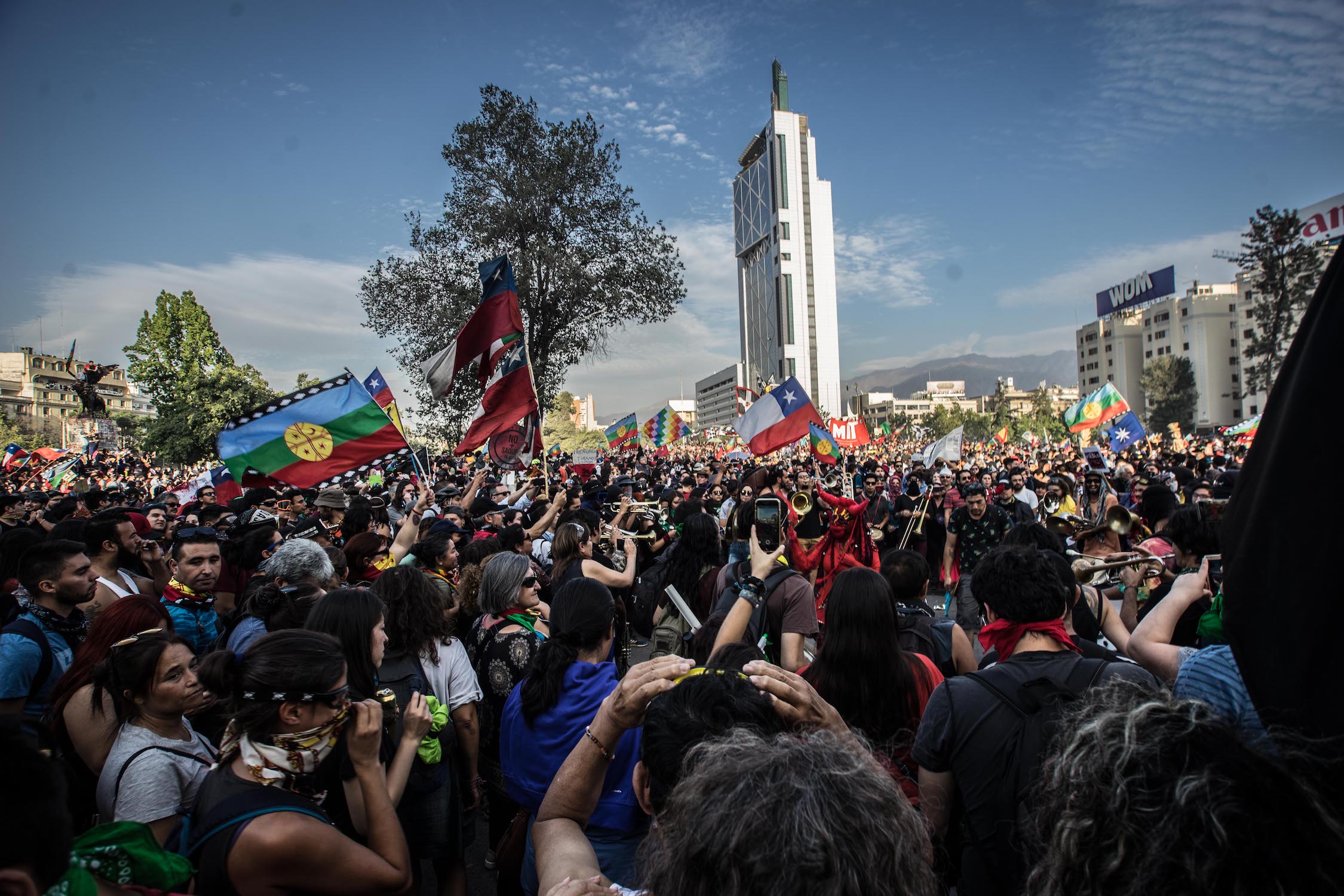 Ⓒ Edgardo Mattioli/Real World Radio, Santiago, Chile. COP25 was supposed to take place in Santiago, Chile, but was moved to the Spanish capital Madrid at very short notice by the Chilean Presidency. This was due to civil unrest in the country, where tens of thousands of peoples took to the streets to protest widening inequality. 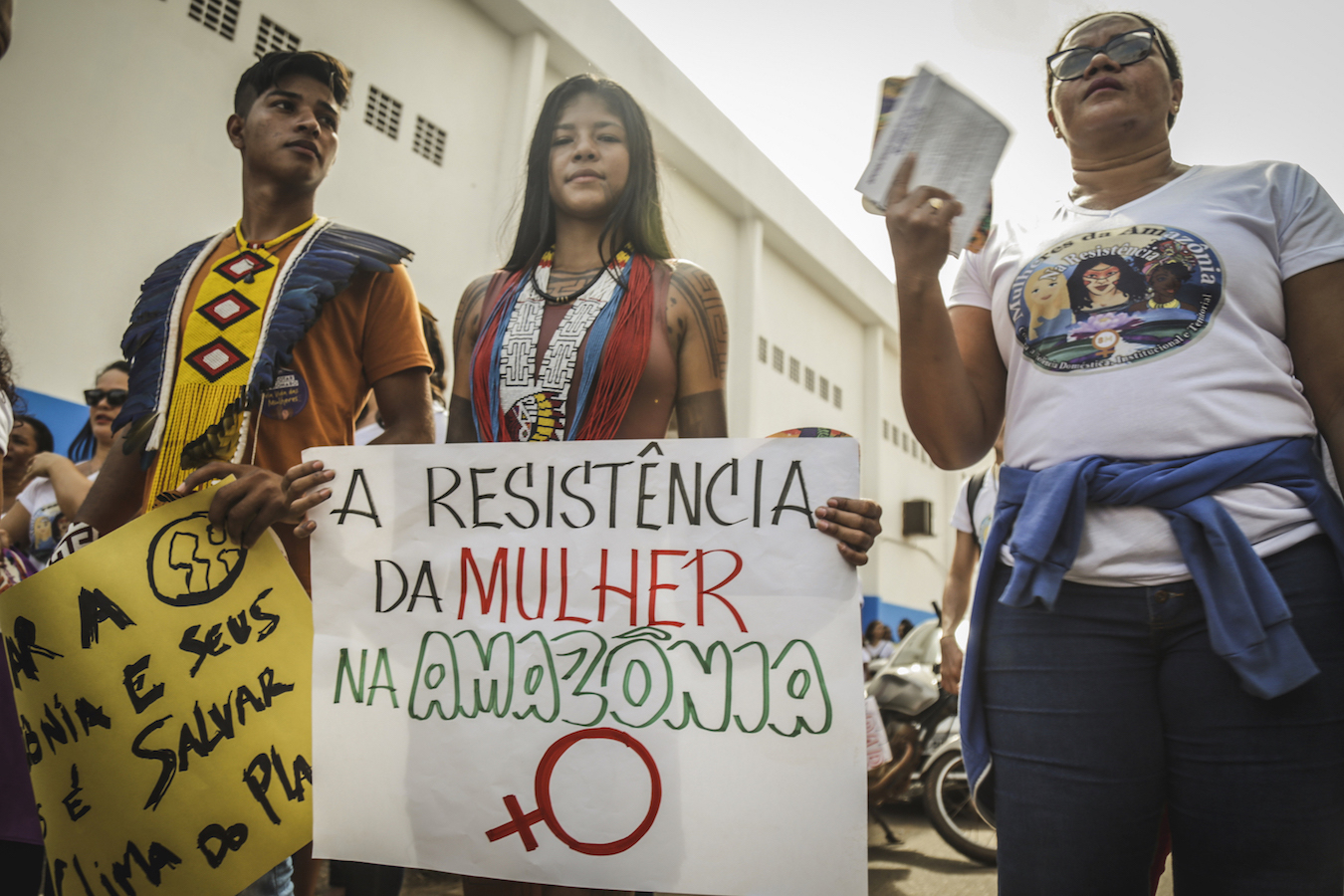 © Carol Ferraz/Friends of the Earth Brazil Brazil. An indigenous woman holds a poster saying: “Women’s resistance in Amazonia”. She joined a march to denounce violence and violations of women’s rights, led in Altamira, in the state of Pará, for International Women’s Day, 8 March 2020.

From Scotland to Sarawak: Global stories of climate resistance is on show at Tramway, Glasgow, until 12 November 2021.

Linkedin
RELATED ARTICLES
OTHER ARTICLES
Following the announcement of an 80% hike in the energy price cap from 1st October, crowds gathered outside the offices of energy regulator Ofgem to protest and declare their intention to undertake a payment strike.
Birdy Chu reflects on documenting the historic moment in which the territory was formally passed back from the UK to China.
Yesterday thousands gathered outside Buckingham Palace after news of the Queen’s death broke.
Rhiannon Adam spent three months capturing an ageing society wracked by division, isolation, and the aftermath of scandal.
With skyrocketing rents, packed out viewings, bidding wars and more, renting in London has never been harder.
For over a decade, gamblers have won big by employing people to place live bets from the court. But does this dubious method still work?