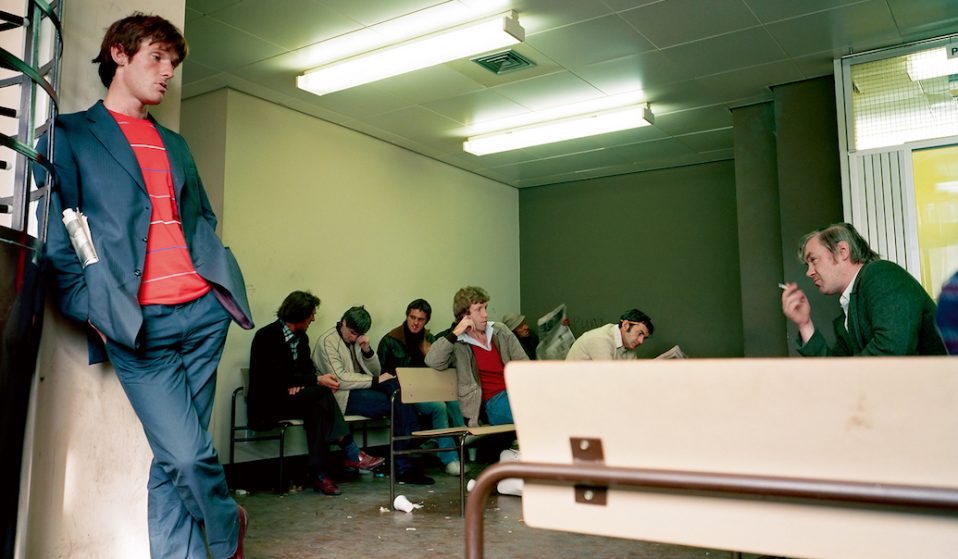 Photographer Paul Graham recounts documenting the packed waiting rooms and corridors of unemployment offices, exposing the bleak reality of a crisis that many chose to ignore.

Photographer Paul Graham recounts documenting the packed waiting rooms and corridors of unemployment offices, exposing the bleak reality of a crisis that many at the time chose to ignore.

After the Conservatives took power in 1979, the following decade would prove to be one of economic volatility. In just a few years, Thatcher’s policies would help to wipe out 15 per cent of the UK’s industrial base and to drastically deepen inequality. Unemployment shot up to levels not seen since the Great Depression, rapidly rising to over three million out of work in 1983.

Photographer Paul Graham was among those who found themselves out of work. “I couldn’t claim to be in the same position as a sacked steelworker or miner,” says Graham, who was working as a photographer at the time. “But inevitably, we were all in the same job sector.” 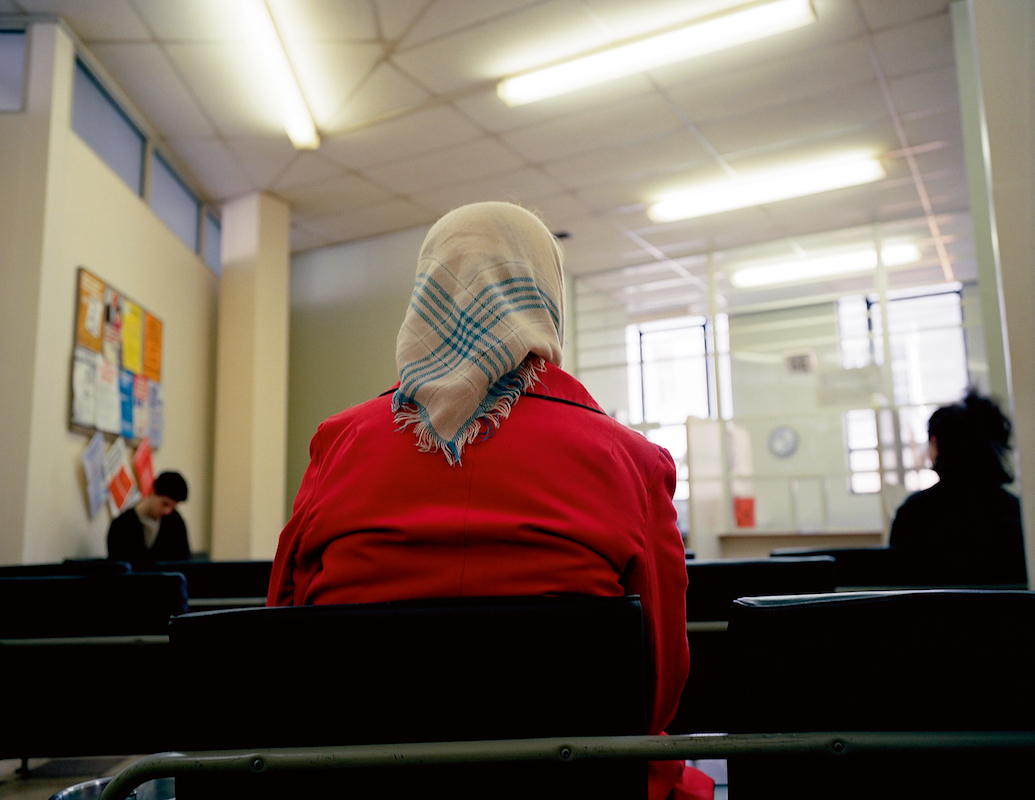 While visiting the packed waiting rooms and corridors of the Social Security and unemployment offices around the UK, Graham decided to document the long waits, queues and poor conditions of an overburdened system. The result is Beyond Caring – a powerful series of photographs conveying the hardships people were experiencing amid Thatcher’s Britain, which has recently been republished by Mack Books.

“You just saw that this system was at the breaking point and somehow needed to be brought to people’s attention,” Graham recalls.

Despite the Conservatives trying to frame the issue of unemployment as a personal failing, the title of Graham’s book lambasts the government’s total disregard for ordinary citizens. “People do despair and get very dragged down by their circumstances,” says Graham. “But most people want to want to pick themselves up and move forward with their life.” 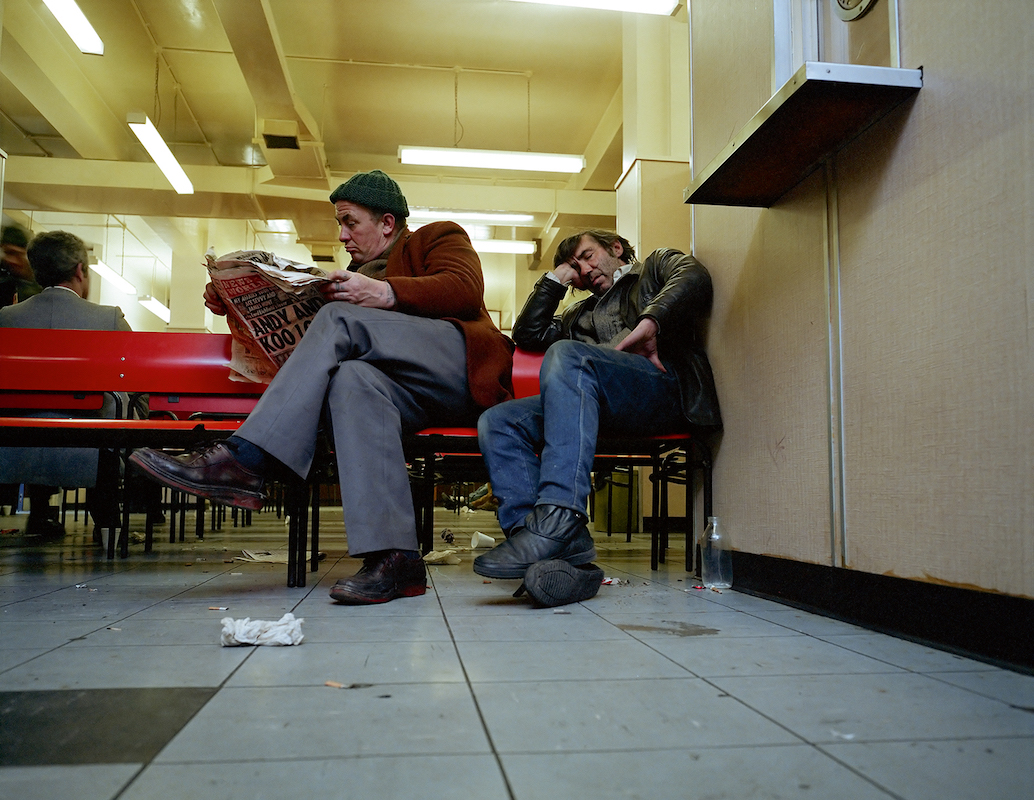 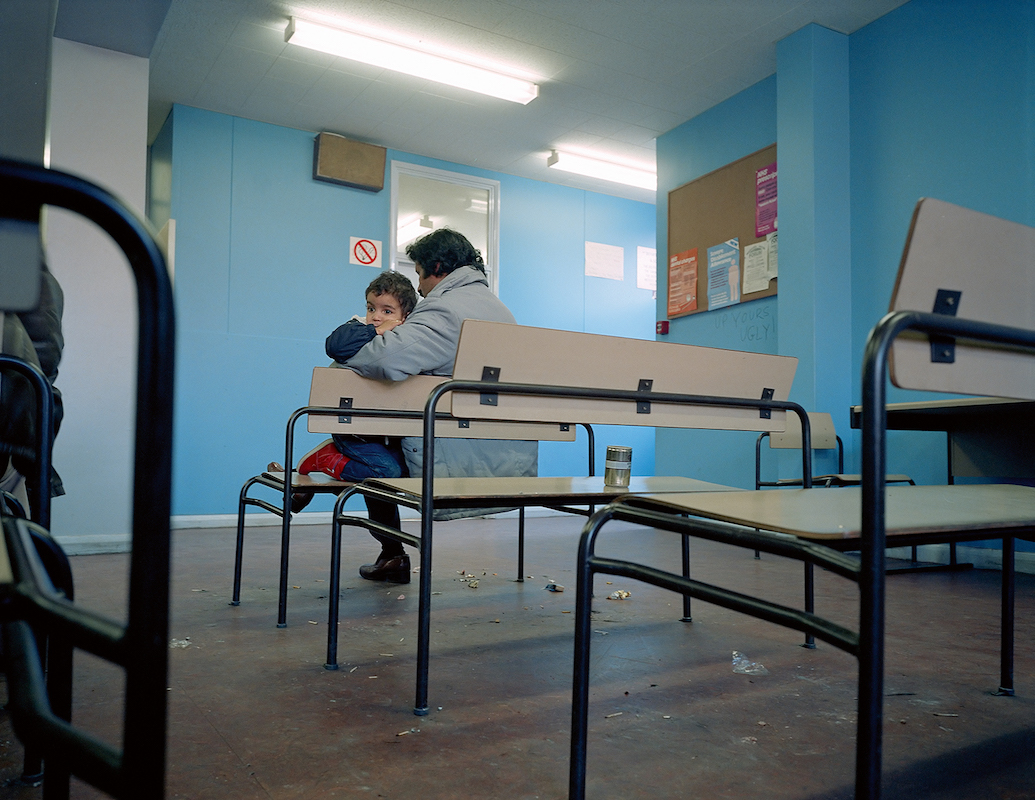 Because Graham was denied official permission to carry out the work, many of the photographs in the series were taken in secret, often without looking through the camera lens. “They [the employment offices] wouldn’t give permission to me because it’s too embarrassing for them,” he explains. This meant the photos were often taken from a skewed angle, offering a disorienting perspective on the various spaces.

When the book was originally self-published in 1985, it shocked audiences, who at the time had very little awareness of the extent of the crisis. “If you were a middle-class employed person, you’d have no idea what people were going through, and how bad it had become,” explains Graham. “It just wasn’t a system built to handle that number of people. It was bursting at the seam.”

The photographs tapped into, as Graham describes it, “a hot button issue”. But things have, of course, changed since then: “Their activist angle has diminished. Now, they’re more a historical document.”

Although Graham says the timing of the book’s republication is mere coincidence, with more than 800,000 losing their jobs in the UK due to Covid-19, the photos will likely resonate with new audiences. Indeed, as a vision of Britain, it could not feel more timely. 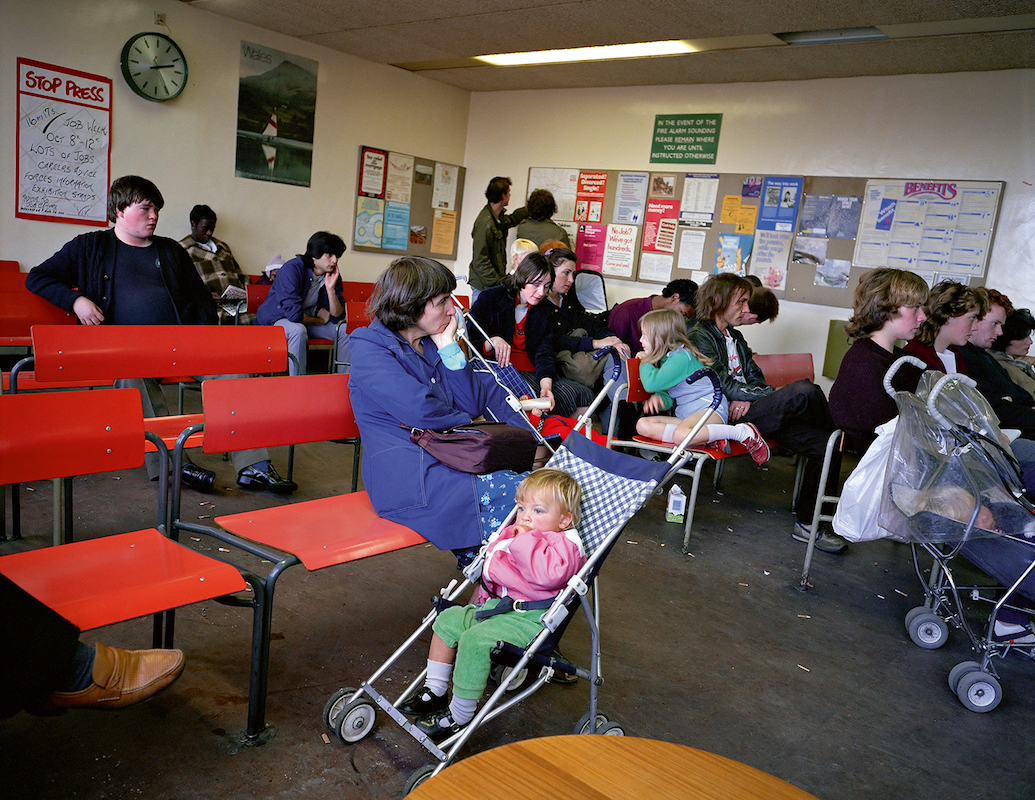 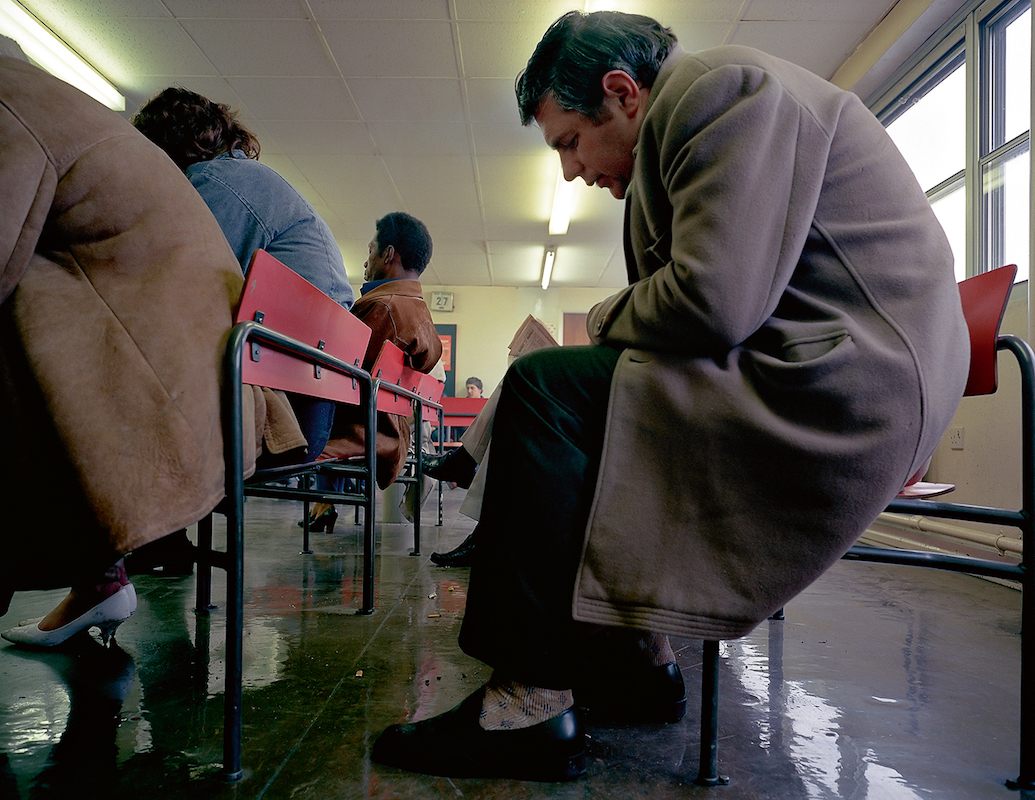 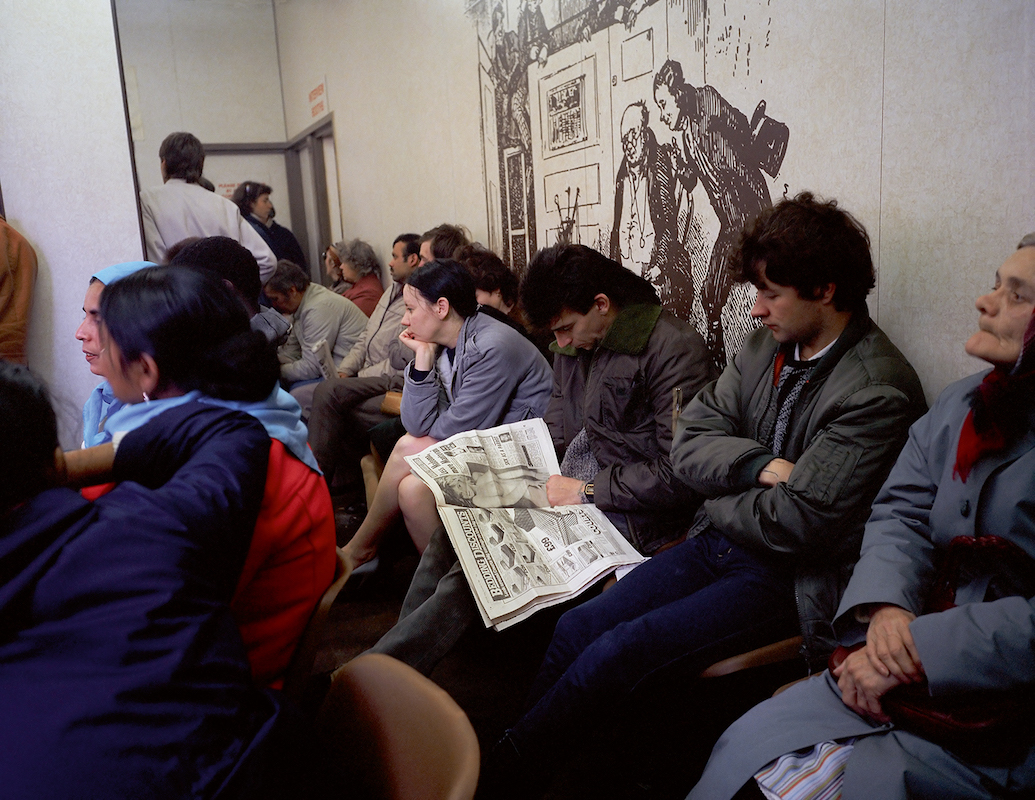 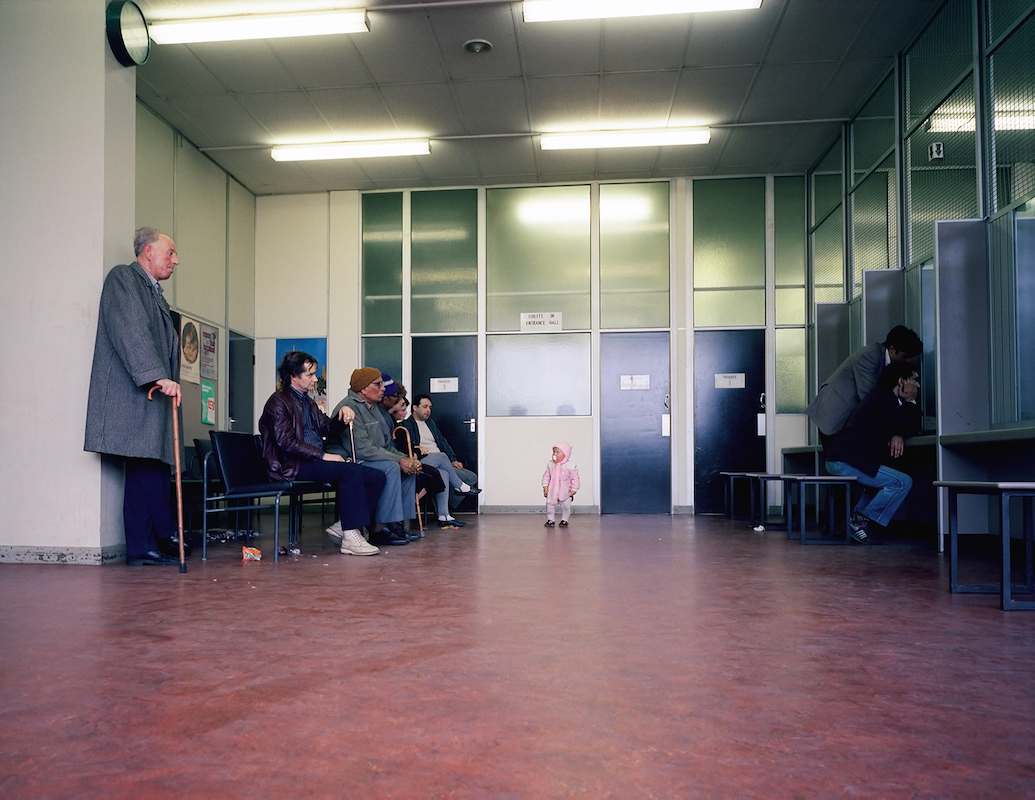 Beyond Caring is out now on Mack Books.

Linkedin
RELATED ARTICLES
OTHER ARTICLES
Photographer Phyllis Christopher recalls capturing sex and protest at a time when the city had become a haven for the queer community.
With their latest capsule collection, SCRT have constructed their own mythology, based on the story of a fictional meteor shower that hit a small Scottish town.
In the last of our dispatches from OFFF Barcelona, Rufus Deuchler and Vincent Gault discuss the future of creative process.
Satirical culture in the UK routinely protects the powerful and punches down. It’s time people stopped laughing along, writes Elia Cugini.
The answer to improving the well-being of Palestinians rests not with individualised solutions from the Global North, but with ending settler colonialism.
The government’s failure to take long Covid seriously has led to the formation of a group campaigning for the thousands of forgotten victims of the illness.