Art & Culture / Photos showing a different side to GRT people 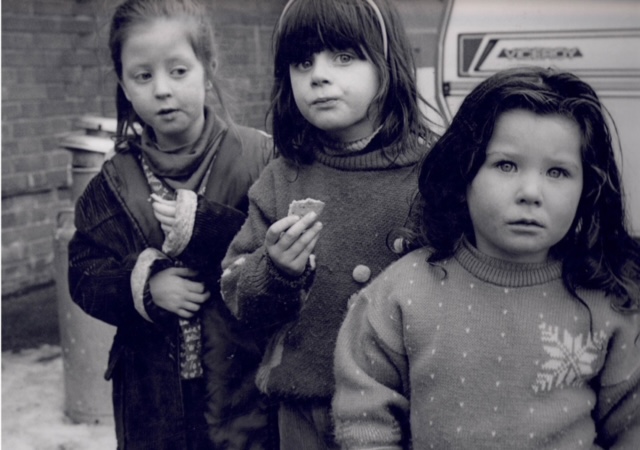 A project bringing together archival images of GRT people in London aims to allow the community to tell their stories on their terms.

A project bringing together archival images of GRT people in South London seeks to allow the community to tell their stories on their own terms.

While Alison Blackwood, curator and manager of the Traveller-led organisation Southwark Travellers Action Group (STAG), was clearing out a filing cabinet in her office, she came across a pile of black-and-white photos she had never seen before. The images, preserved through lamination, captured a tight-knit, joyful Traveller community: from beaming children perched on their mothers’ knees to women chatting through caravan windows.

Alison hasn’t found out who the photographer is yet, but she does know that the photos are historic; they show the start of a movement. Taken in the late 1980s, the reels of film depict Southwark’s Travellers fighting for the borough’s first sites to be authorised.

Authorised sites are official areas built by the council for Gypsies, Roma and Travellers (GRT) to allow the GRT community to live life according to their cultures and traditions (such as living in caravans), while providing them with access to education and health services. Often there aren’t enough official pitches to meet demand. And, since 1994, the government has increased councils’ power to evict GRT. Thanks to those first Travellers’ activism, there are now four authorised sites for the borough’s estimated 370 GRT people (although this number is probably higher, as Alison notes that some people feel too ashamed to fill it out their GRT status on the census). 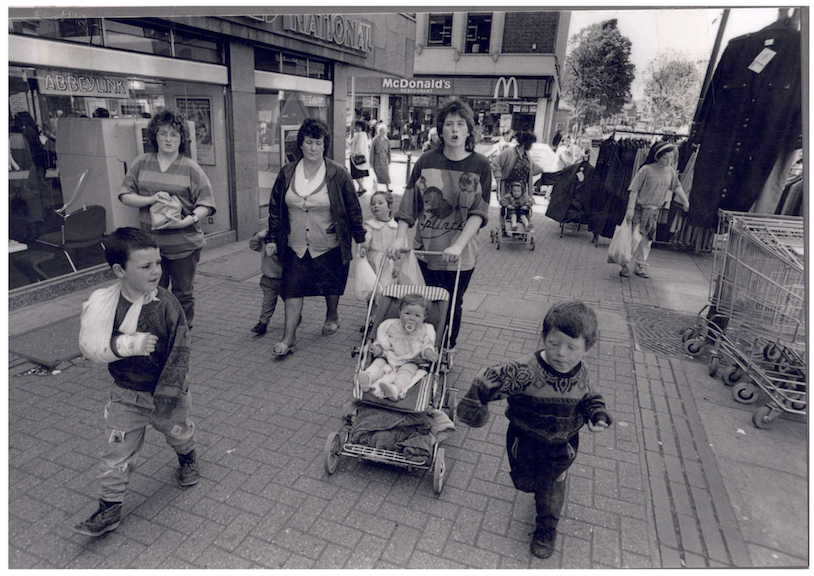 It was the discovery of these images, in part, that prompted Alison to put on an exhibition at Peckham’s AMP Gallery last month (12-14 October 2021). Photos of Southwark’s GRT are hard to come by. Alison had been relying on national organisations for images to post on STAG’s social media channels.

Alison’s other motivation for the exhibition was the annual National Hate Crime Awareness Week, which ran from 9-16 October 2021. Hate crimes are, sadly, all too common within the community she works with. One moment stuck out in Alison’s mind. “We did some work with our [GRT] youth group in June where they got the chance to ask the Mayor of London questions,” Alison explains. “All of them wrote things about the police following them around, people following them in shops because they thought they were going to steal things, getting turned away from restaurants especially if they were in a group. So obviously, [hate crimes] are a really big issue.” Alison thought if people saw GRT’s history, how Travellers really are, then it would help to address some of the hate directed at the community. 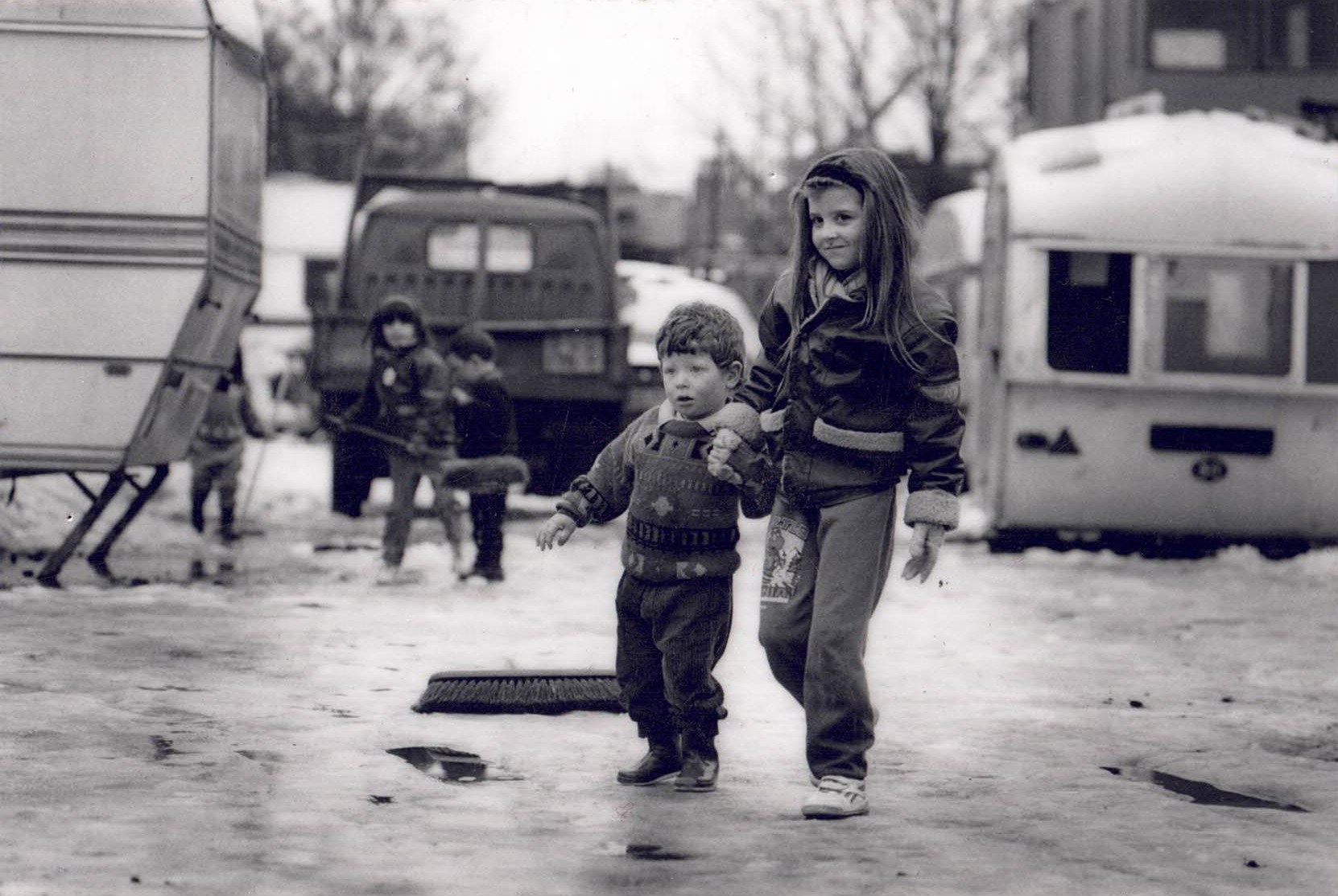 “We’ve had some really horrible things posted on our Facebook page. It often happens late at night. When you’re sitting at home on your own that can be quite intimidating,” she adds. In fact, 82 per cent of Gypsy, Roma or Traveller people had experienced media incitement to racial hatred.

Despite this, the response to the exhibition has been overwhelmingly positive. “Lots of people said they didn’t know Southwark even had any Traveller communities. Because there were a few of us at the exhibition, I think it was good for people to meet someone who doesn’t fit stereotypes of GRT [and] the photos showed that this community is very different from how it’s represented in mainstream media.” 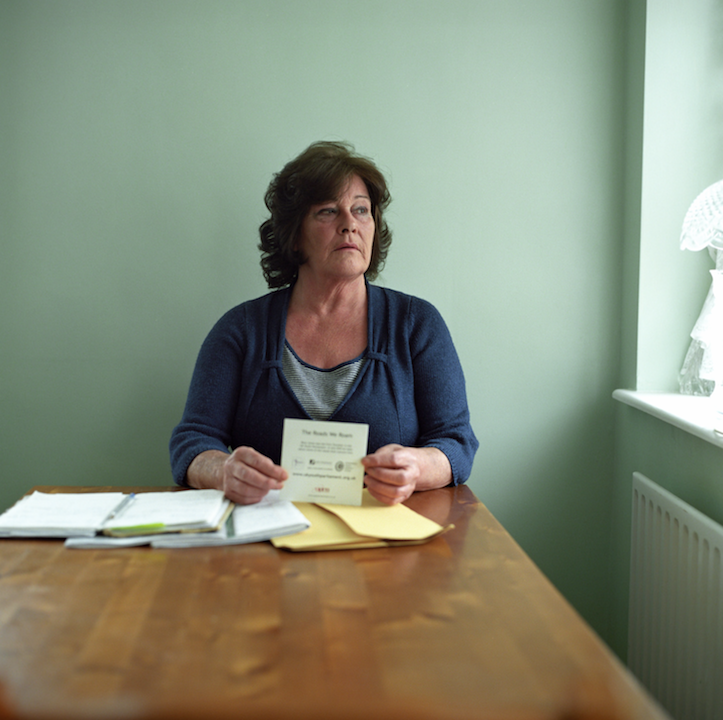 Usually, Alison says, the media only publishes stories on Travellers when they camp at unauthorised sites – because councils haven’t provided enough authorised sites for those communities – to stoke anger among the public. This contempt is reflected in policy, too. Just last month, Home Secretary Priti Patel announced that GRT people who litter, make noise or bonfires, will face up to three months in prison.

The archival images, text and videos at STAG’s exhibition aimed to show a different side to GRT people, one outside of the often-hostile media narrative. There are also colour film portraits taken by photographer Eva Sajovic in 2009, when she spent a few years with Southwark’s GRT community, gaining their trust. She wanted to challenge how the status quo thinks we should live: in traditional housing, away from nature. The resulting portraits became the exhibition and photo book titled Pavee Widden, which means ‘Travellers Talking’. 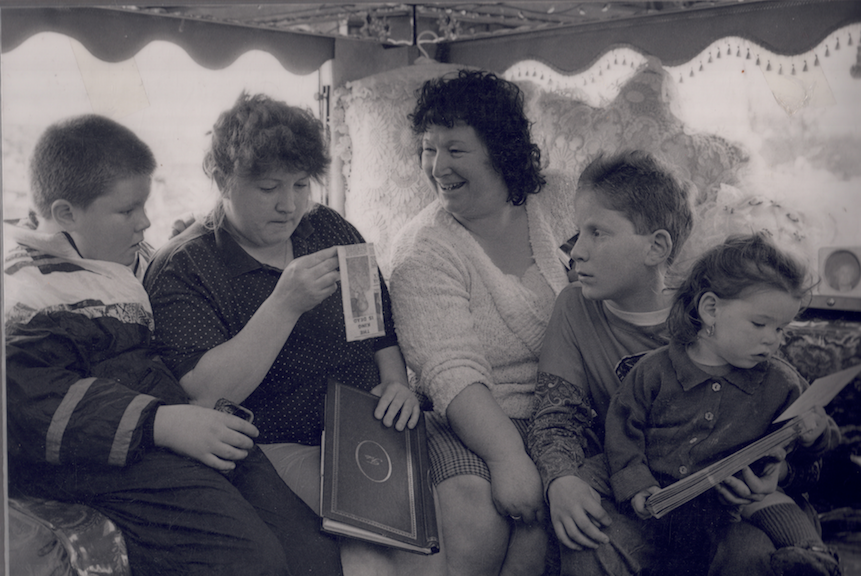 The pictures were taken inside Travellers’ homes. Eva tells Huck: “Their homes reminded me of my childhood [when I was] living in a small town in former Yugoslavia. I was surprised to see how beautiful a simple caravan could be made.” Alison concurs: “People don’t realise how immaculate some of the homes that the people we work with are.

“In the black-and-white photos, when the first Travellers tried to settle in Southwark, the images show how difficult it is to keep your household clean when you haven’t got running water or waste disposal. But they really tried, hanging their washing out between caravans for example. 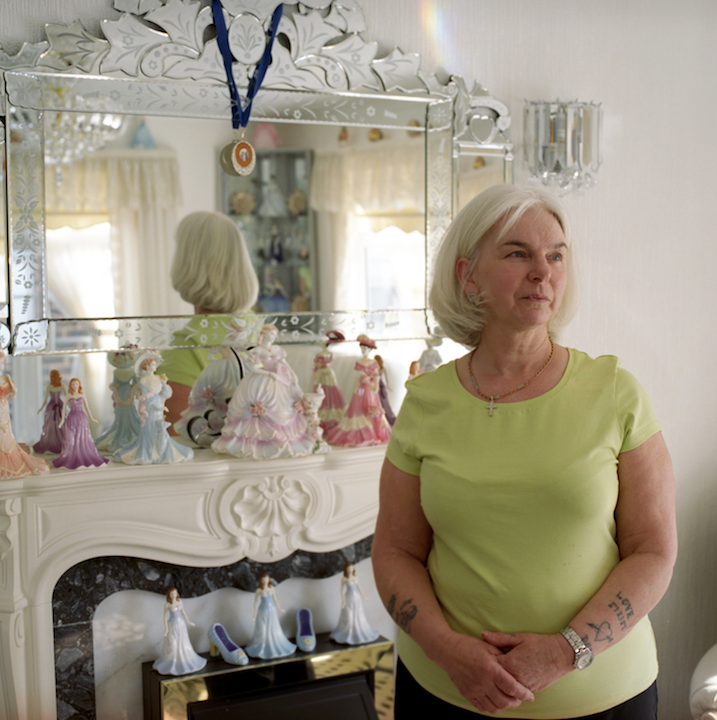 Babes King in her living room. Photo by Eva Sajovic 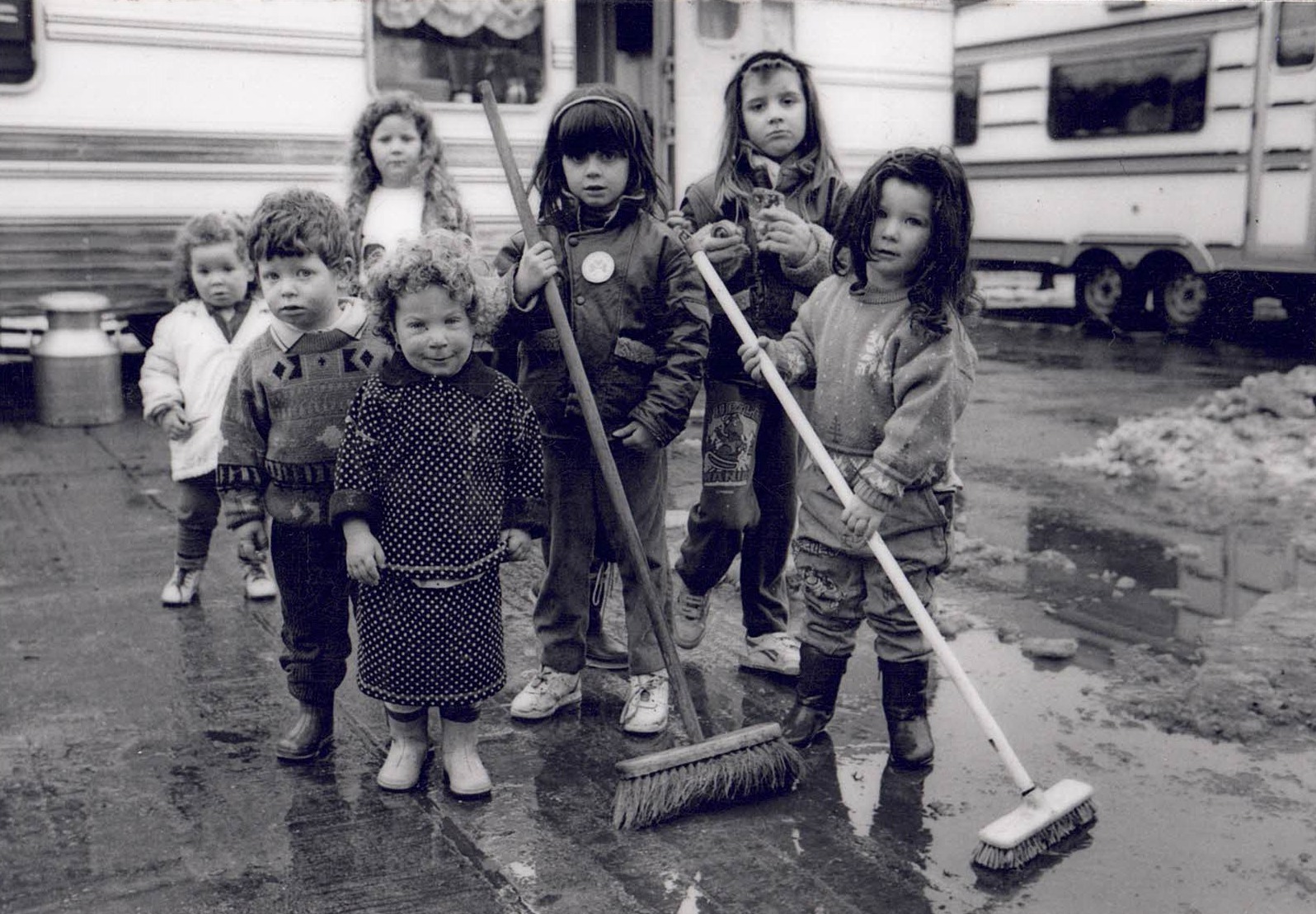 “And also, they look happy. And a lot of people are happy because they are part of a community. Families on sites are really close with each other. That came out really strongly during Covid. People went out to buy medicines or food for people on their site,” Alison adds. “I think those photos showed that feeling of ‘we’re all in it together’.”

Southwark is a borough experiencing rapid gentrification. Amongst the high-rise glass, its Gypsy, Roma and Traveller community demand to be heard. These images tell their story on their terms. 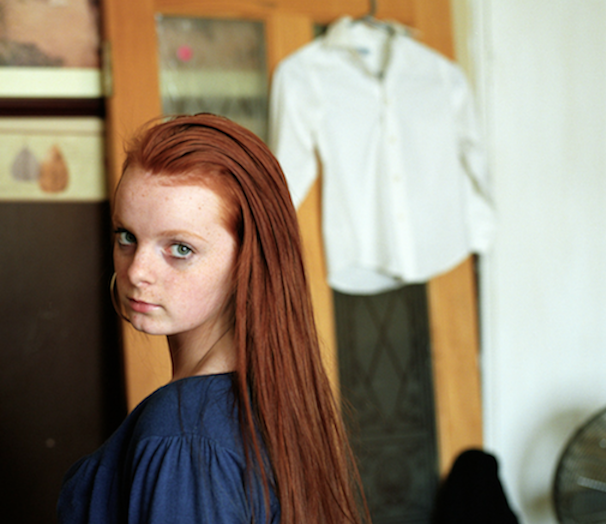 Kerryane Ryan in the living room. Photo by Eva Sajovic 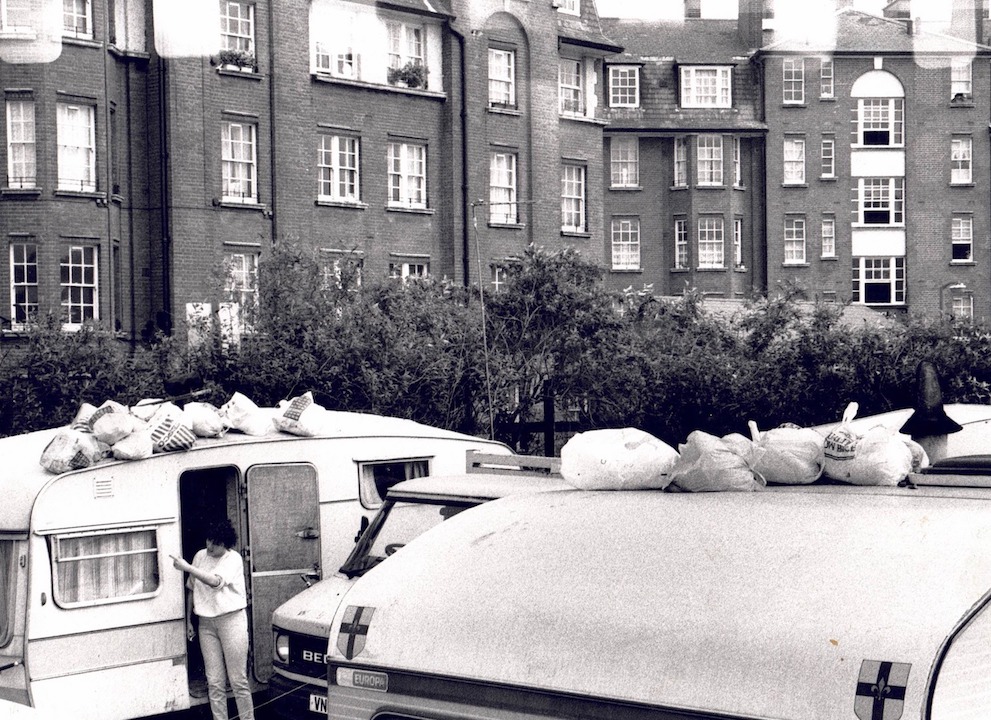 Linkedin
RELATED ARTICLES
OTHER ARTICLES
The hate Just Stop Oil faced after throwing soup over a Van Gough painting has been immense. Here, they explain why it won’t deter them.
Whether it was seacoalers in Northumberland or the miners’ strike, the photographer was always fully immersed in the story he sought to capture.
A centuries-old tradition is offering families a way to honour the deceased, reports Arbab Ali.
Planet Ardbeg is a 40-page sci-fi anthology created by three cutting-edge artists.
We catch up with the singer in her London studio to connect the dots between music, painting and her relationship with the city.
After a devastating fire, creatives in the city are coming together to call for more affordable workspaces.