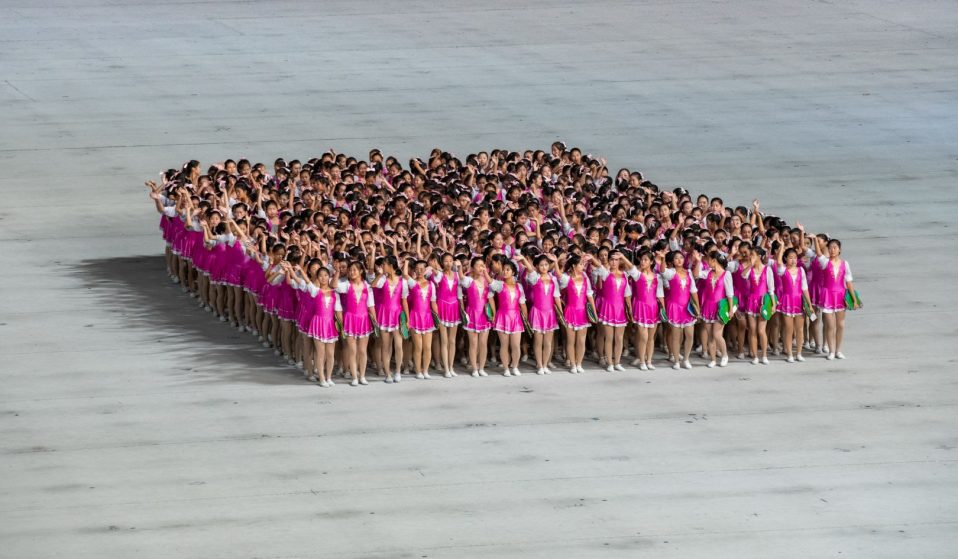 Photographer Ted Lau recalls his trip to the DPRK where he went to shoot the spectacular Grand Mass Games, and residents‘ daily life.

Photographer Ted Lau recalls his trip to the DPRK where he went to shoot the spectacular Grand Mass Games, and to offer a glimpse inside the daily life of the country’s residents.

North Korea’s Grand Mass Games are a spectacle quite unlike any other. Taking place in the Rungrado May Day Stadium – the biggest stadium in the world – the month-long event involves up to 100,000 performers taking part in mesmerising synchronised displays of gymnastics and dance.

Hong Kong based-photographer Ted Lau first became interested in the Mass Games after seeing German photographer Andrea Gurksy’s images of the event. In 2019, Lau resolved to travel to North Korea and document it himself. These photos are collected in a new book, titled Work Will Set You Free (Daylight Books). 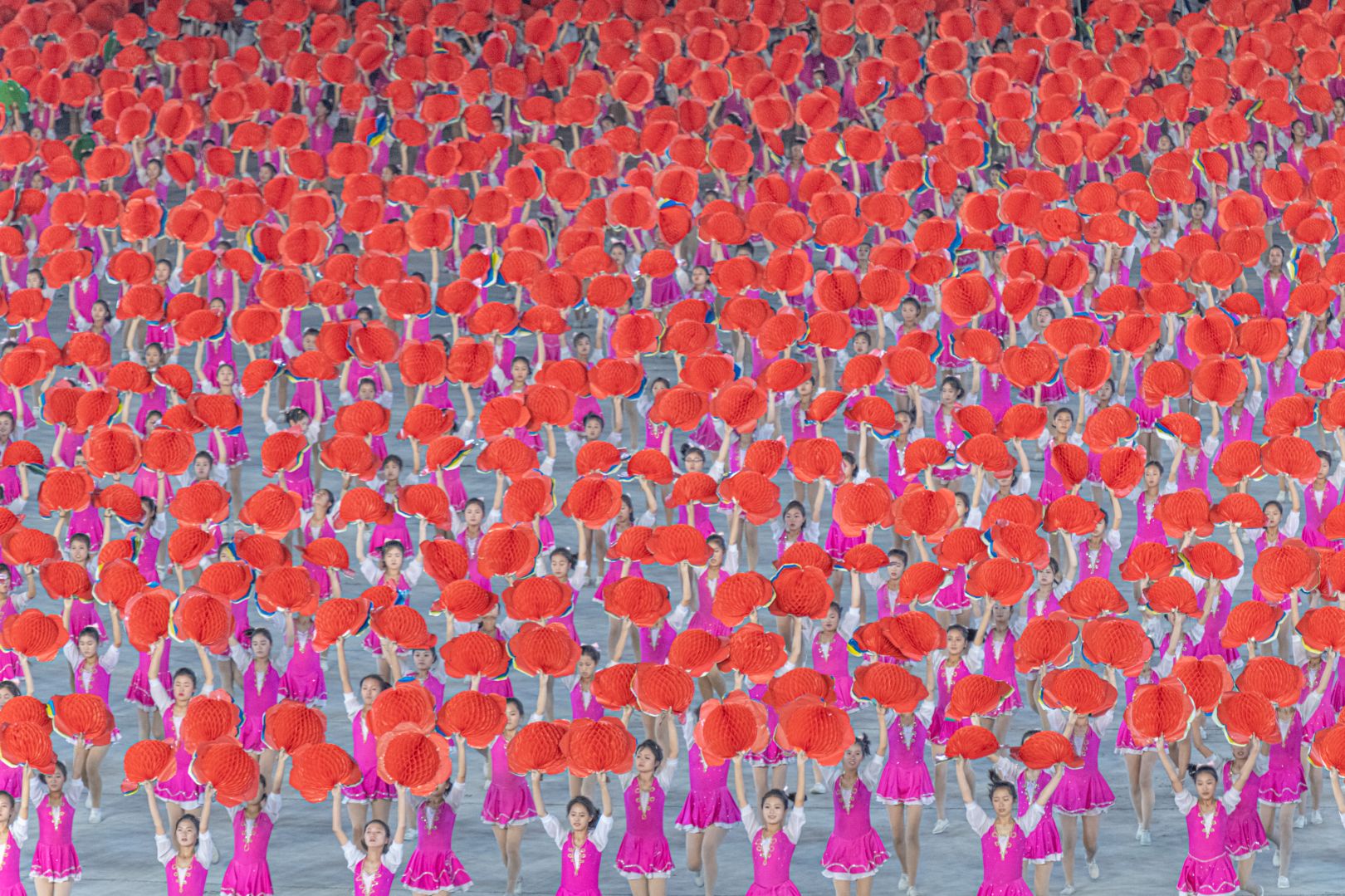 For Lau, being a Hong Kong citizen meant that he was able to visit the country with relative ease. However, the planned trip wasn’t without complications: shortly before Lau’s departure, Kim Jong Un suspended the games after finding that a rehearsal did not meet his stringent standards. Fortunately for Lau, Jong-un reversed his decision and the games ended up going ahead.

As is the case with all visitors to DPRK, Lau was made to hire a tour guide to accompany him around the country, who controlled where he went, and who he spoke to. “There are specific rules surrounding photography,” explains Lau. “For example, you can’t take photos of construction sites, or the military […] If you take a photo of a world leader, it cannot be cropped.”

But when it came to photographing the games, Lau was able to attend and shoot with relative freedom. In one particularly surreal shot, thousands of school children sitting in the stadium’s seats can be seen using coloured flip books to create huge, shifting displays of images and words. “They’re arranged by the district, and they’re all shouting their district. The atmosphere is amazing,” recalls Lau. 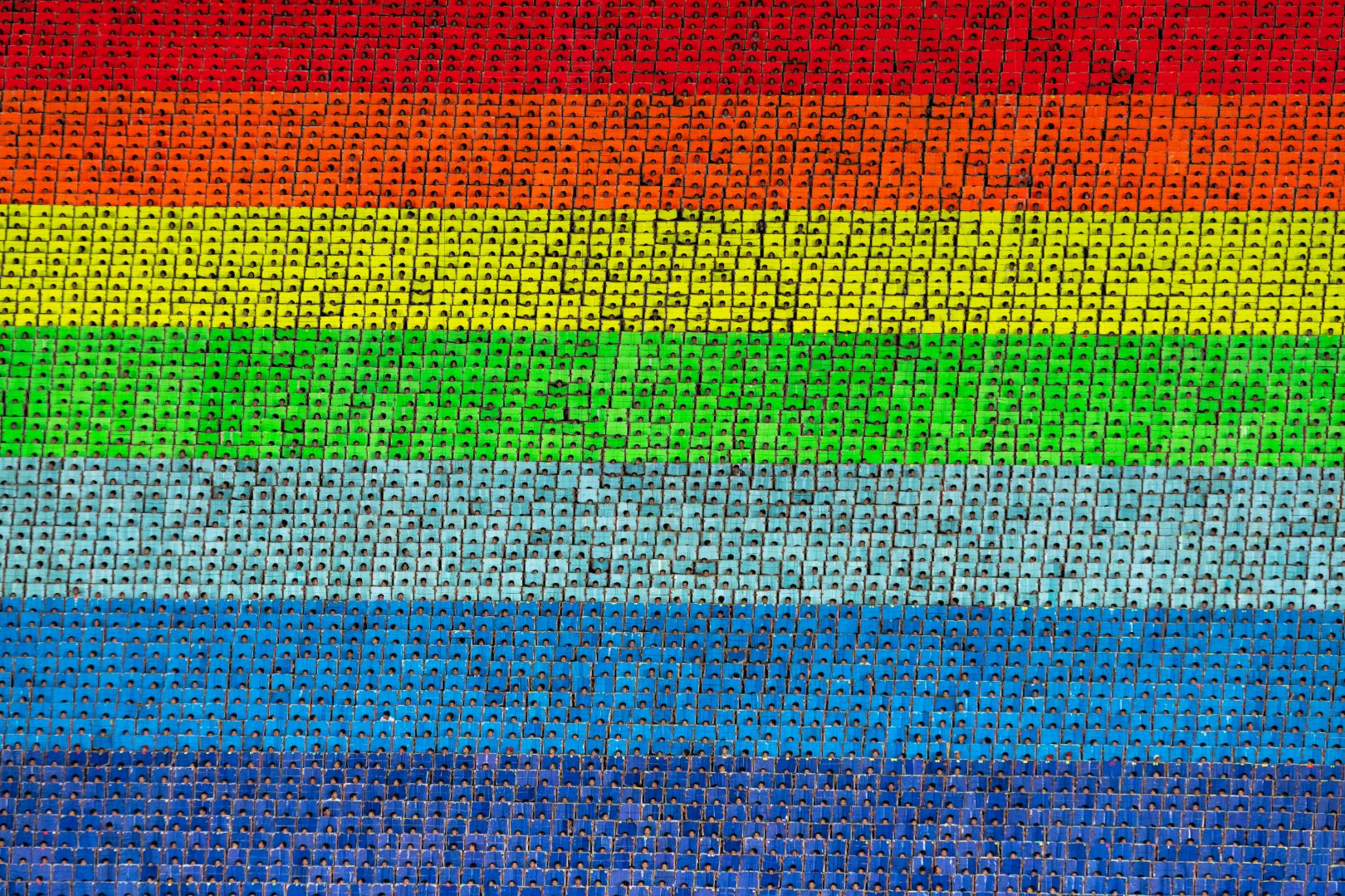 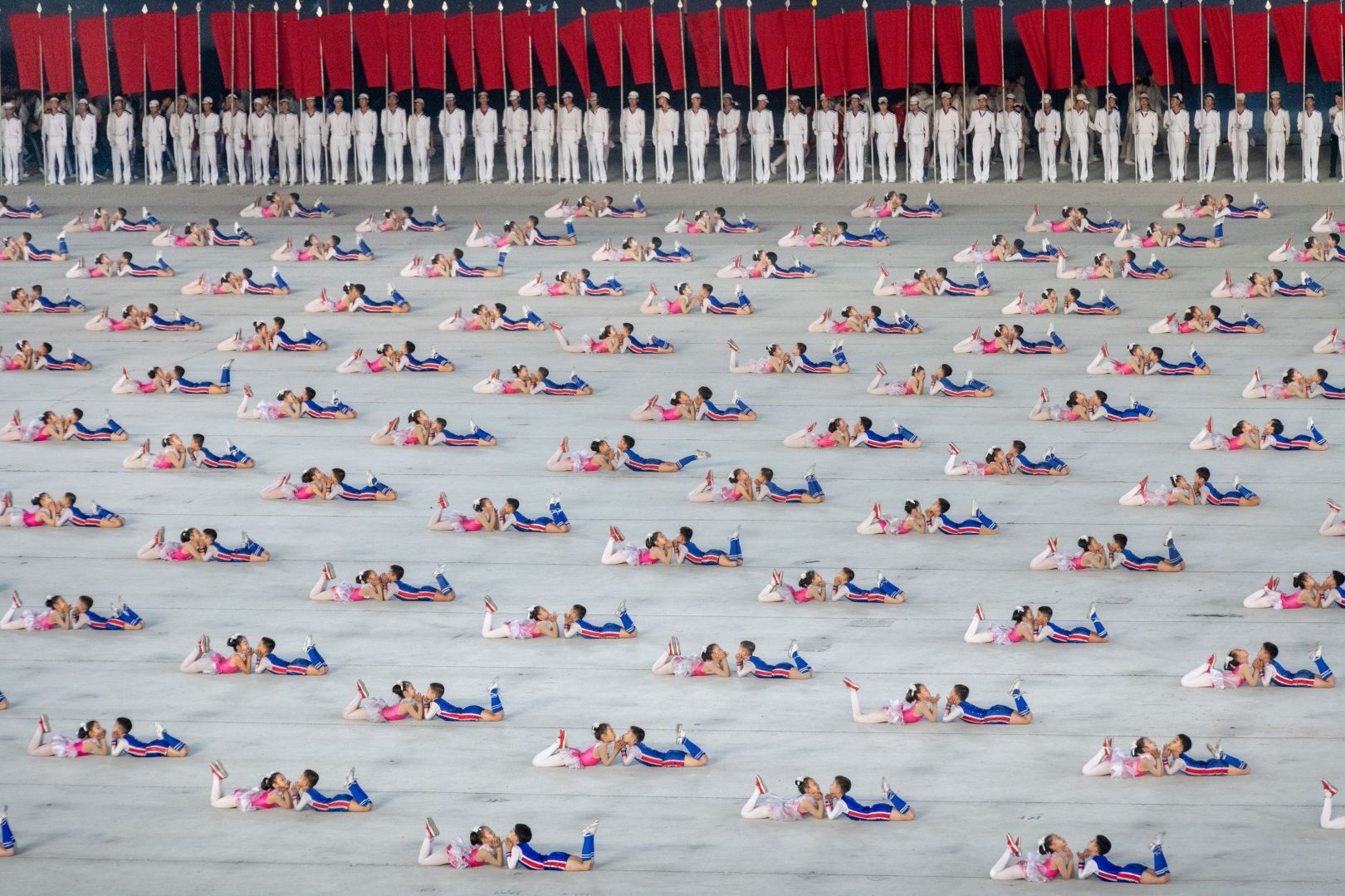 While the main purpose of the trip was to photograph the games, Lau also wanted to show something of daily life in North Korea. Elsewhere in the book, there are photographs of the Pyongyang Subway, which was inspired by those in Soviet Moscow and decorated in sky blues and baby pinks.

The more mundane scenes, of workers folding blankets, or manning production lines, were prohibited, and had to be taken covertly. The tour guides would ask to see Lau’s camera regularly, and ask for photos to be deleted. But Lau got around this by backing up his photos: “You show them deleting your photo, but they don’t know you have a copy.” 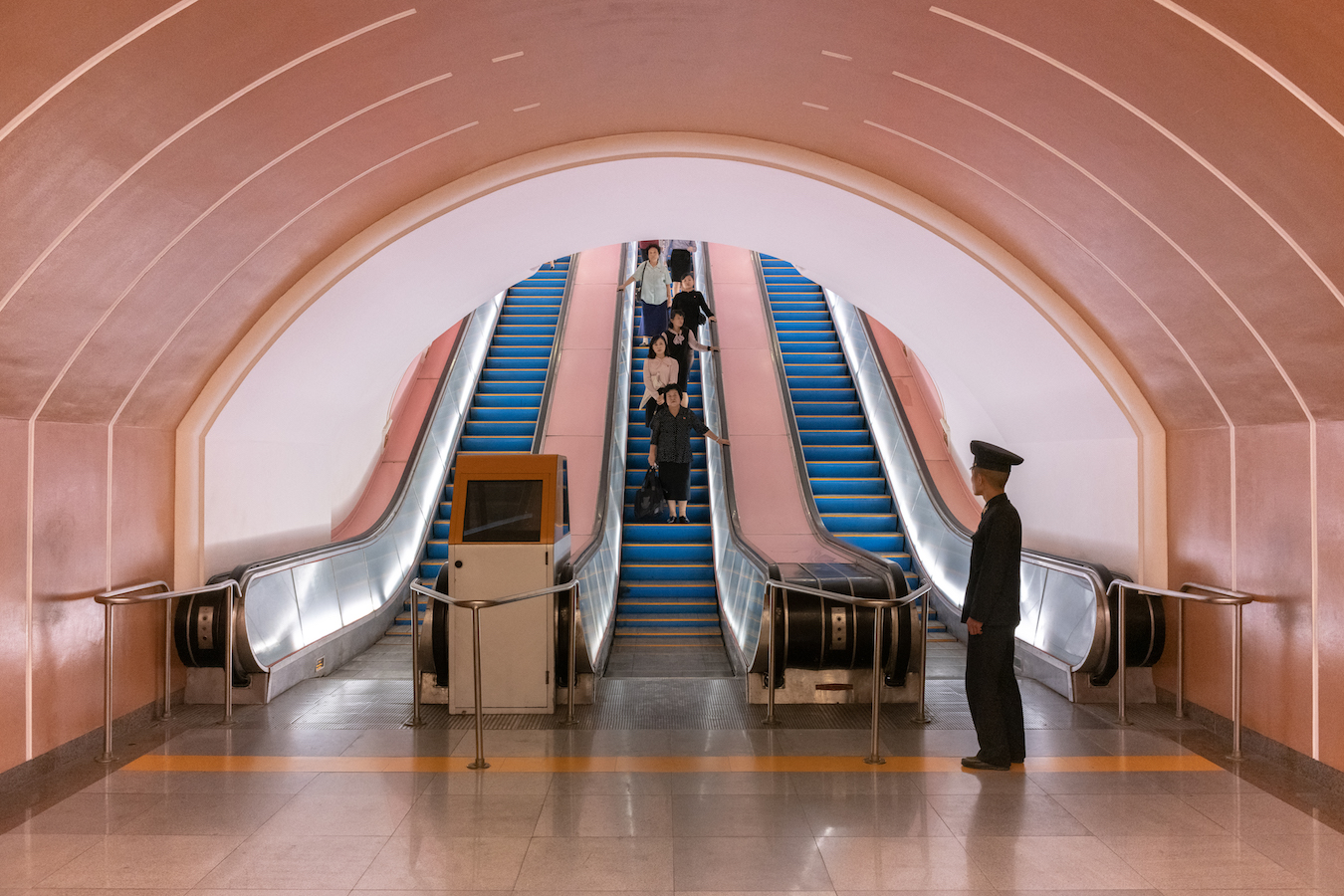 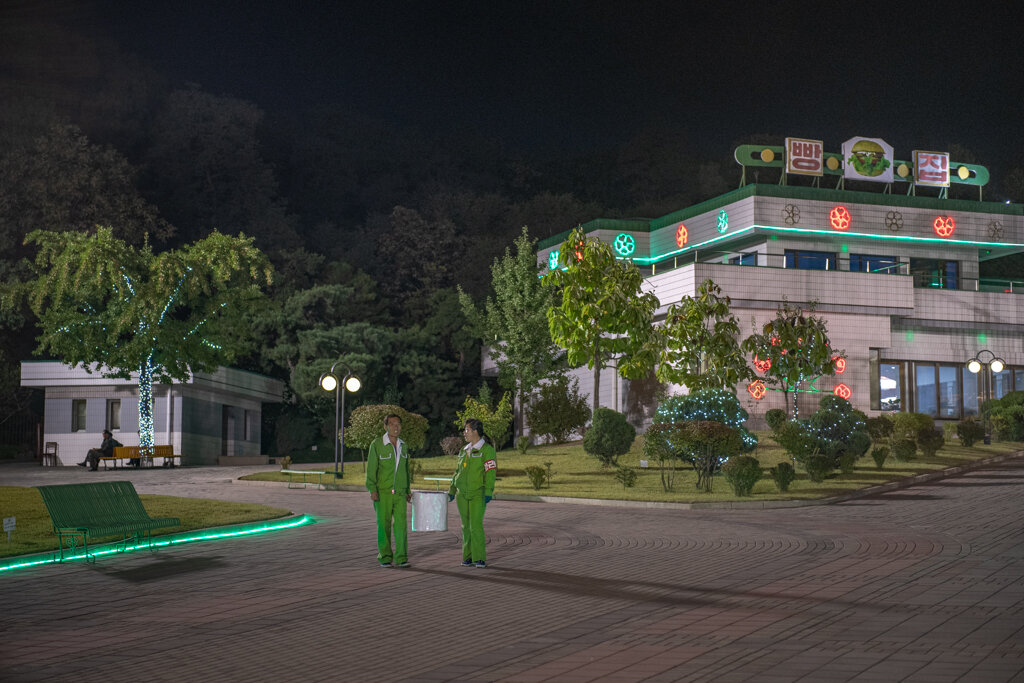 While being driven round as part of his tour meant there were few opportunities to interact with North Koreans, when he did speak to people, Lau found them to be “very friendly”. “I wasn’t trying to talk to them or anything, because it’s still sensitive. But they were like to me, ‘Our country is beautiful, it’s a great country’. And it is a beautiful place – not the totalitarian side of it, but otherwise.”

Lau hopes his photographs encourage people to feel a greater sense of understanding towards North Koreans. “I wouldn’t like people to just think of North Koreans as robots or evil people, because they’re really not. They’re just people minding their own business most of the time.”

“They live their daily lives and work their routine jobs,” Lau writes in a description of the book. “Life goes on and everything is so normal.” 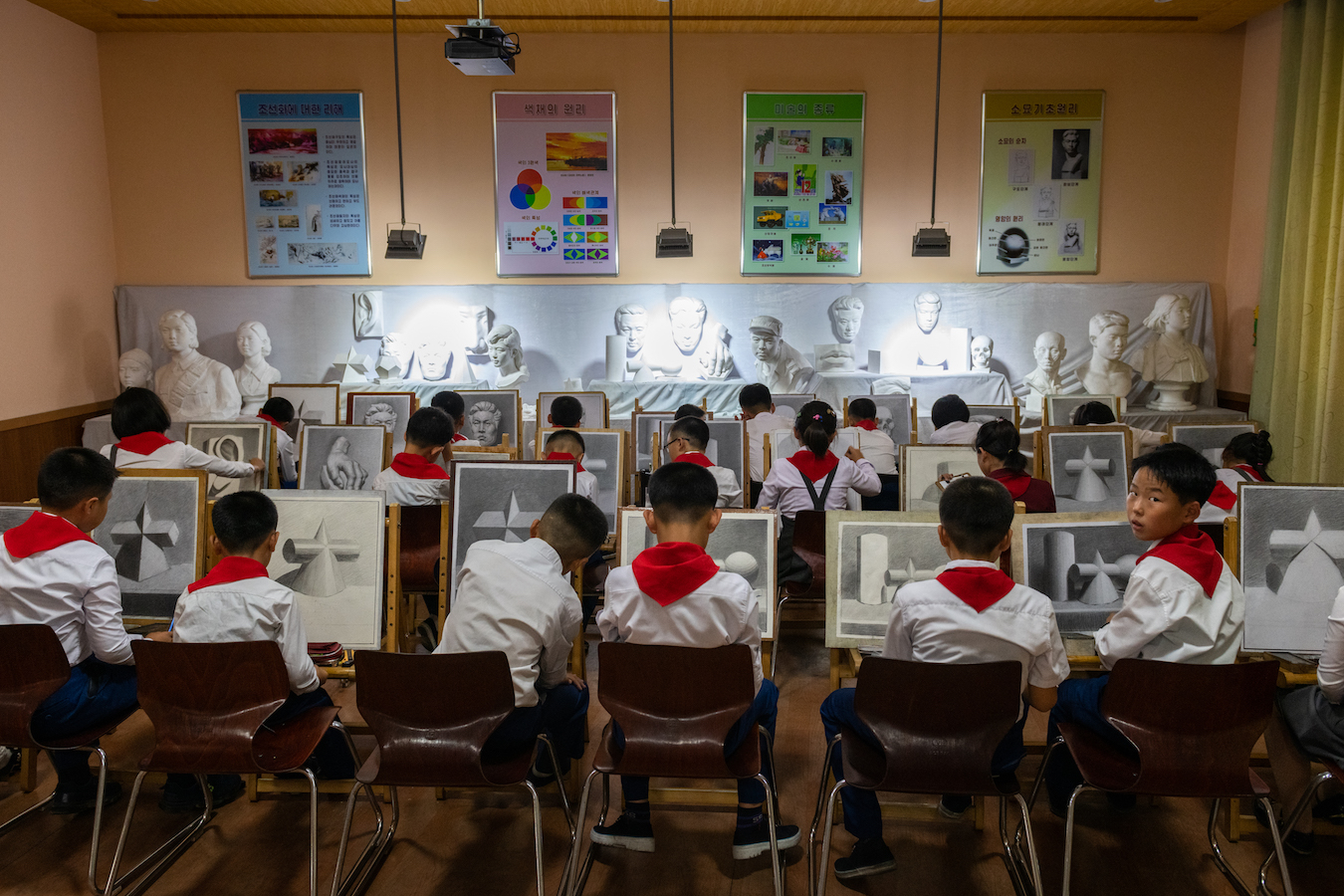 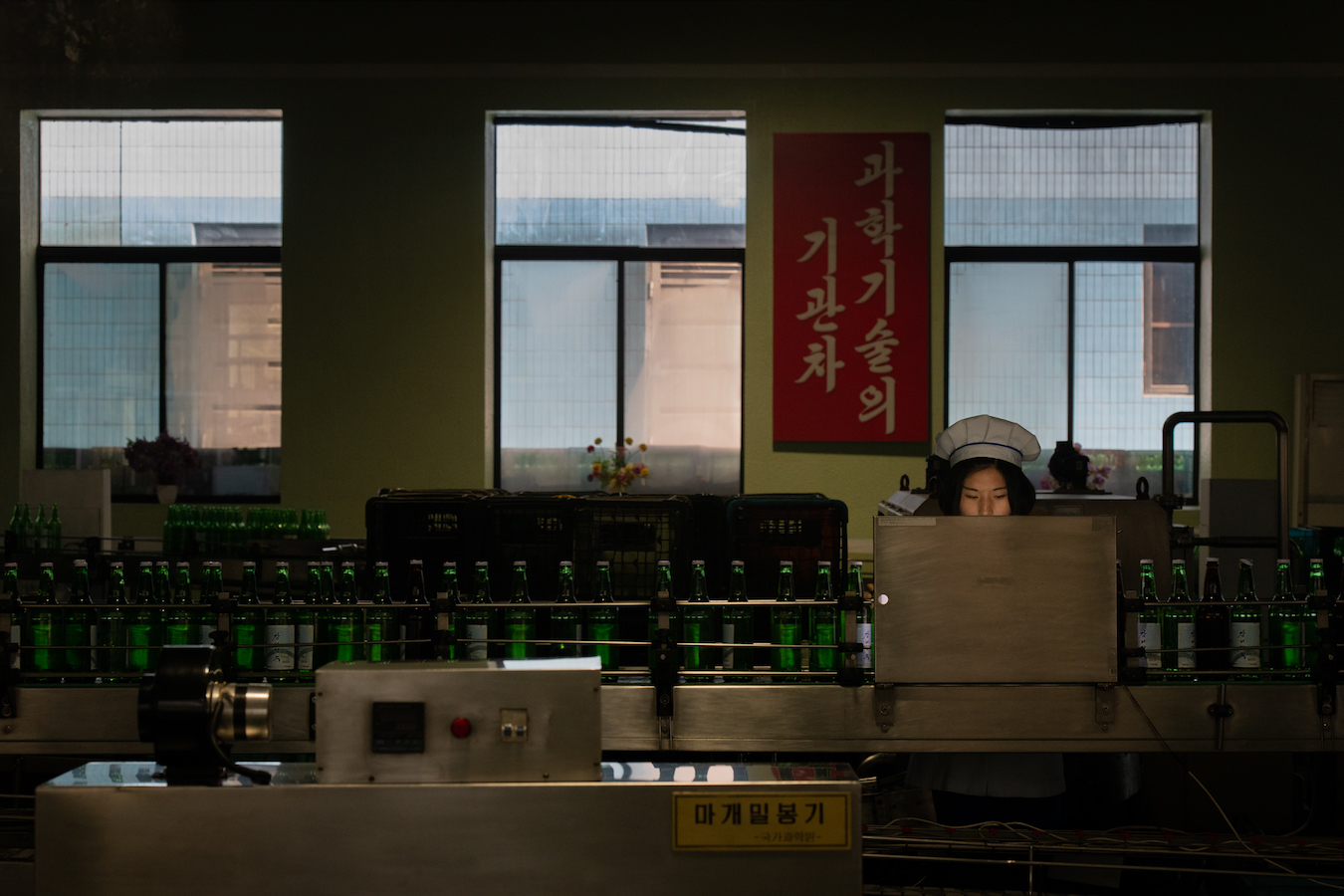 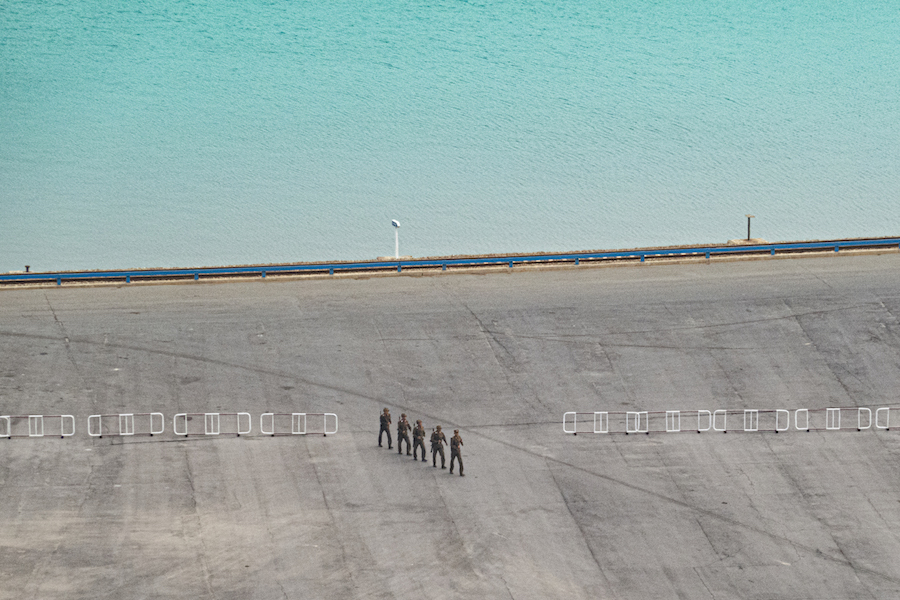 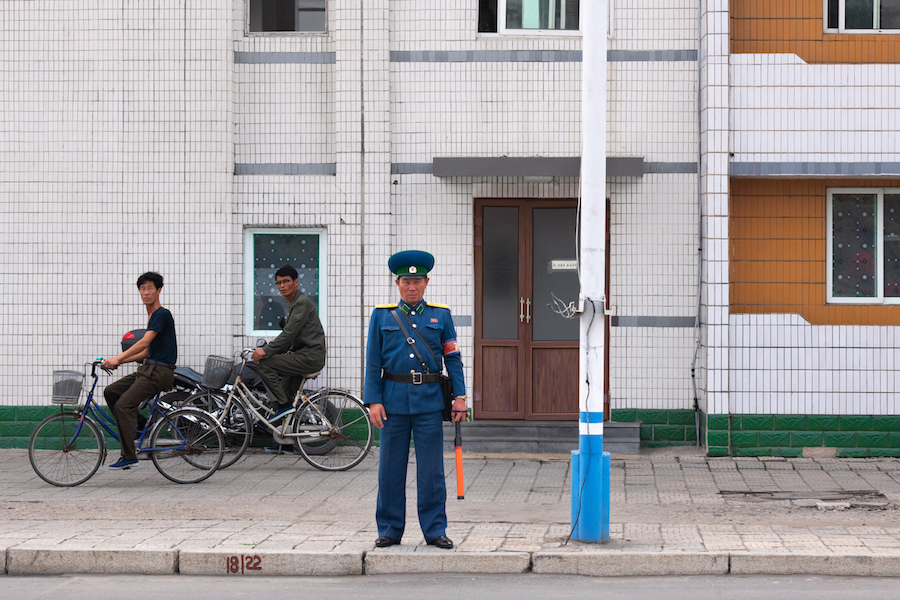 Work Will Set You Free is available on Daylight Books.

Linkedin
RELATED ARTICLES
OTHER ARTICLES
Campaigners reflect on what the supreme court’s decision to allow buffer zones in NI means for the future of reproductive rights in the UK.
David 'Dee' Delgado’s photo project is about honouring and uplifting the city of his youth, and a world rapidly disappearing under the relentless onslaught of gentrification.
After fleeing the war in Ukraine, people are finding it impossible to secure affordable and decent housing in the UK.
Activists and campaigners are fighting back against new laws that would seriously undermine the ability to take industrial action, calling it an attack on fundamental workers' rights.
A new law change is enabling Britain’s donor-conceived children to know the truth about their origins – but campaigners say the fertility industry must do more to protect people.
After a two-year hiatus and a new album, the Nigerian artist is riding high. Now, he wants to bring his alternative, genre-bending sound to the world.