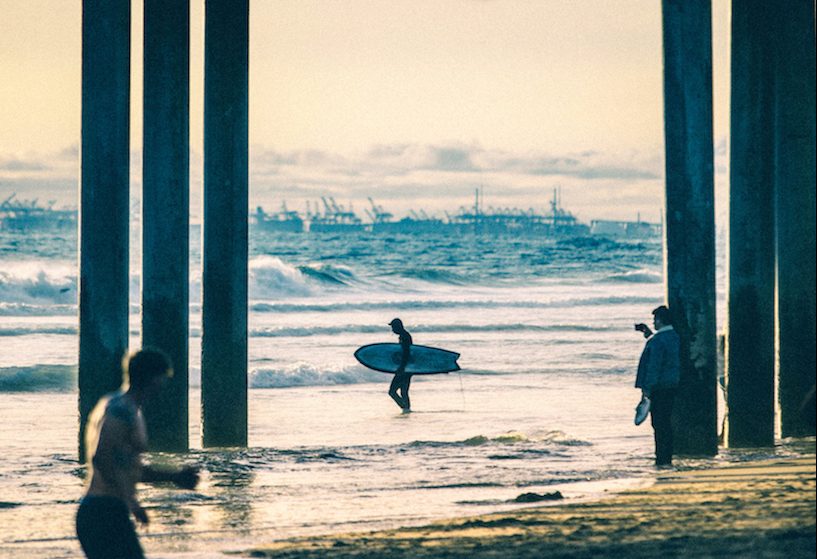 In a three-week-long road trip, photographer Owen Tozer and journalist Matt Barr document the influence of Californian board sports culture.

In a three-week-long road trip, photographer Owen Tozer and journalist Matt Barr document the influence of Californian board sports culture.

Looking Sideways Vol. 1, Owen Tozer and Matt Barr’s first book, explores the myths and realities of Californian board sports culture from an outsider’s perspective. Traversing North America’s Golden State, speaking to friends and strangers, they paint a vivid picture of the wider impact that surfing has had on wider culture. Below is an exclusive excerpt from writer Matt Barr.
—

“Your California trip? It was a pilgrimage.”

Sometimes, you need somebody else to point out the obvious. In this case, it was my friend Jamie Brisick.

It was February 2020, and I was out for dinner in London with Jamie and photographer Owen Tozer. Over Vietnamese food and cold beers, we were discussing the trip I’d taken to California the year before, an odyssey that began in San Francisco and continued, via Lake Tahoe, to Los Angeles, where I had met up with Owen. From there, the two of us spent ten days travelling south to San Diego. 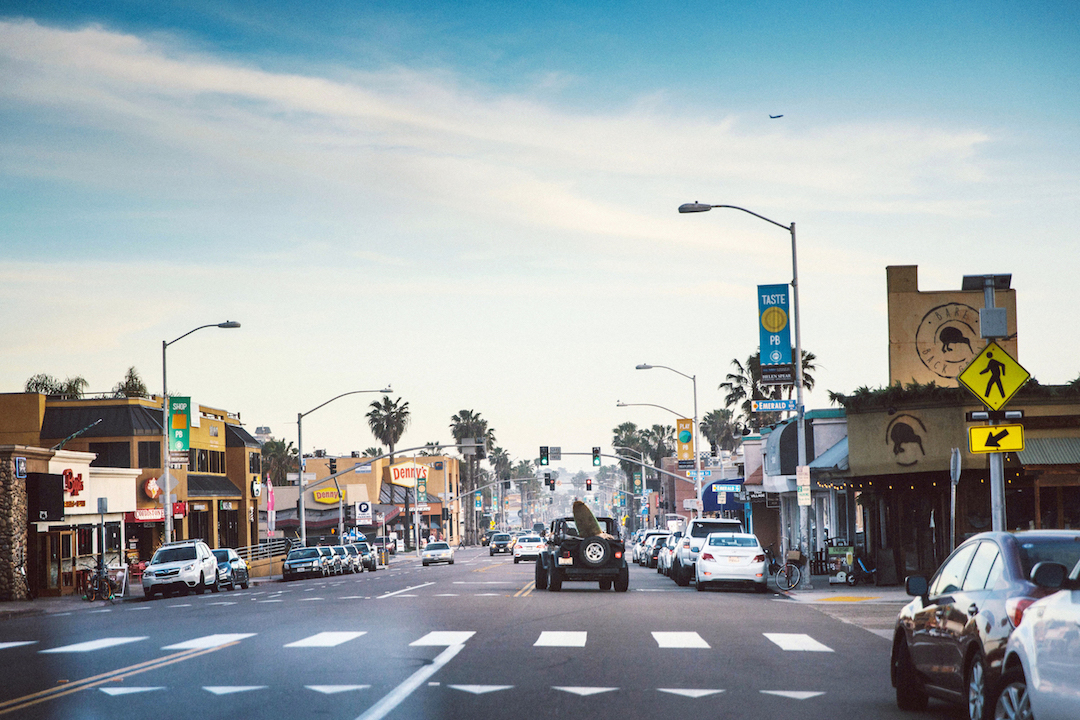 Our plan was simple: to record as many episodes of my Looking Sideways podcast as we could, chronicling the action sports myths and stories you can only find in the Golden State. But the more I thought about it, the more I realised that Jamie was right. It was more than a content-gathering exercise; it was a pilgrimage – a chance to visit the sacred places, like Malibu, and the legendary people, like Jamie Thomas, that have defined a whole culture, and influenced the course of my own life thousands of miles away.

The journey began in Manchester in 1990 when, aged 14, I discovered skateboarding. I’d been inspired by a new kid at school – he ended up becoming one of my best friends – who turned up toting a BMX and a ‘proper’ skateboard. He even wore a baseball cap, a renegade fashion choice that quickly saw the whole school nickname him ‘American Kid’. Which goes to show two things: firstly, what an outlier activity BMXing was in early ‘90s Manchester; and secondly, the extent to which, at the time, the entire concept of action sports (if the term even existed in the UK) was associated with this vague idea of ‘America’ – and more specifically, California. 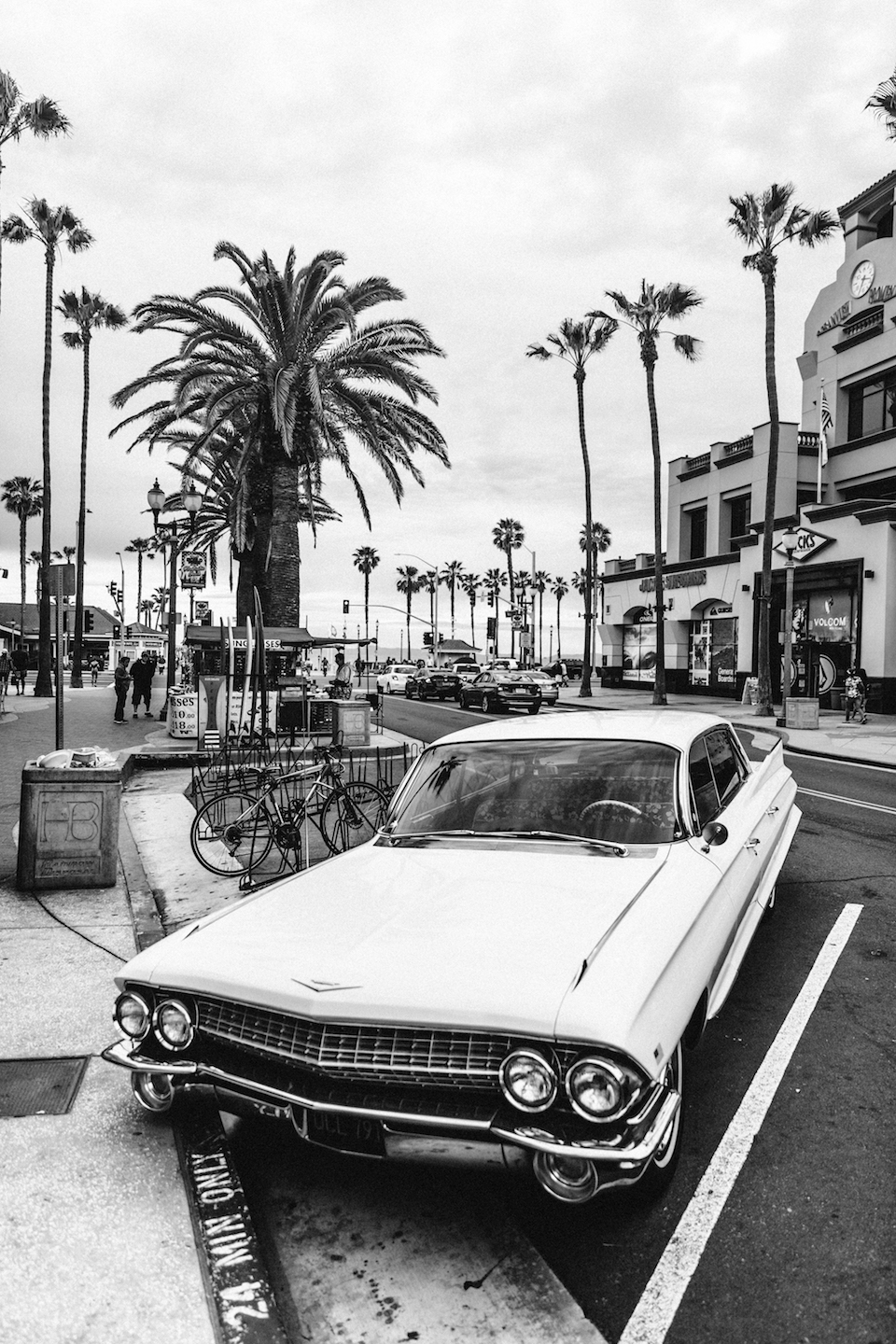 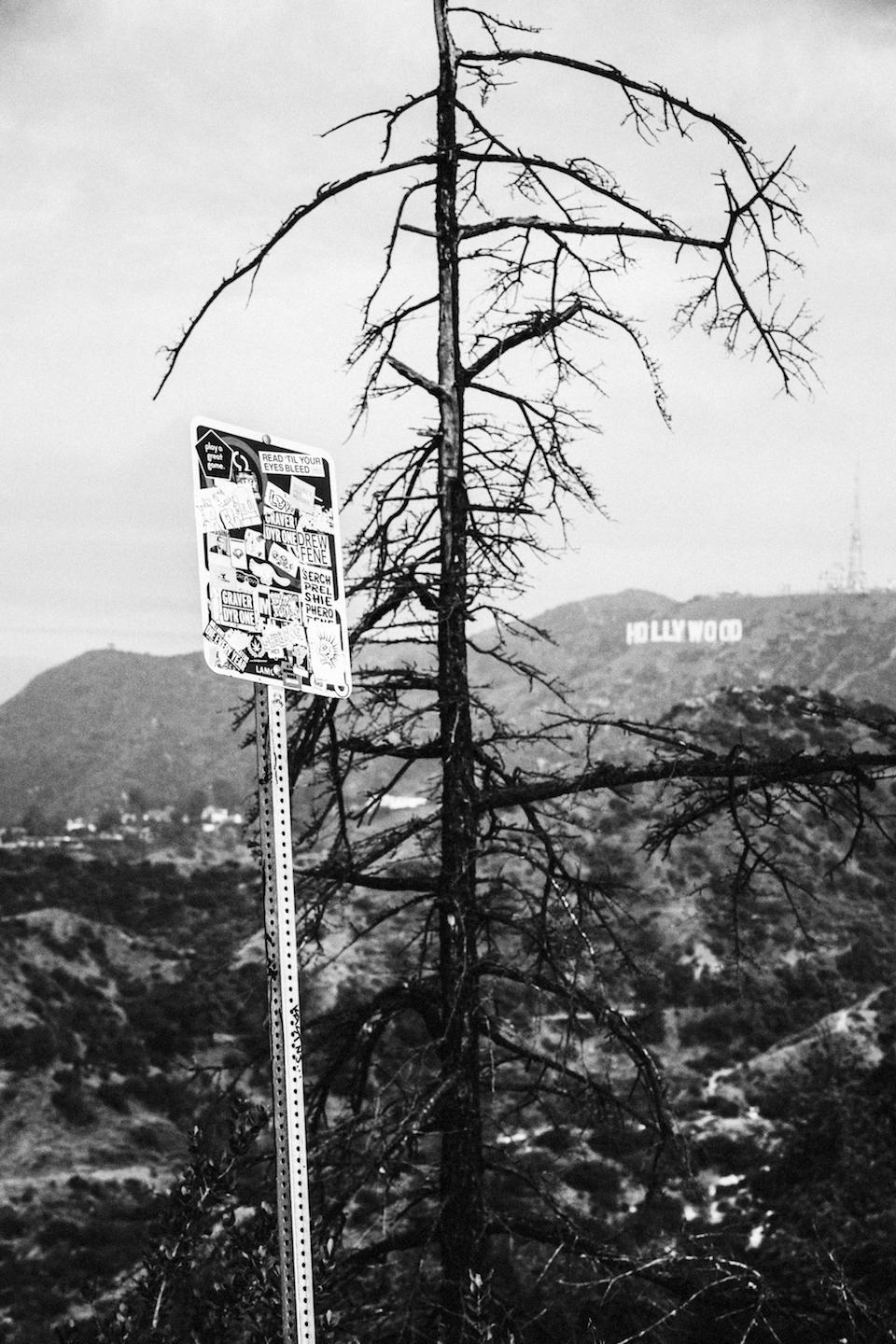 True, the UK already had a nascent skate media based around magazines like Skateboard! and Read and Destroy, both of which brilliantly documented the local scene. But in the main, our inspiration and information came from the Golden State: whether it was the VHS tapes we passed around, or magazines like Thrasher, which we hunted down in obscure newsagents like questing grail hunters in baggy jeans. Looking back, the influence these dispatches from the motherlode had upon us was hilarious. Like the time I turned up at the Curbs in Manchester, around a week after everybody had passed around Plan B’s Questionable video, to find half the kids sporting brand-new Colin McKay and Danny Way–inspired skinheads. In some ways, California haunted my every waking moment; each new video part filmed in endless sunshine on smooth and perfectly-spaced paving slabs contrasting cruelly with the rainy, cracked Manchester streets that were the setting for my own scratchy little sessions.

Later, when I discovered snowboarding, that sense of distance became even more pronounced. Sure, we devoured Snowboard UK, with its quintessentially British take on this latest upstart culture. But the sport’s centre of gravity remained out west – in places like Squaw Valley, films like Riders on The Storm, and riders like Noah Salasnek. Its influence was hard to escape. For Britain’s coastal surfers who grew up watching worn-out copies of Taylor Steele films, it was a similar story. Squint hard enough, and maybe you could convince yourself that those waves off Bantham or Tynemouth were really breaking on Cardiff Reef, CA. 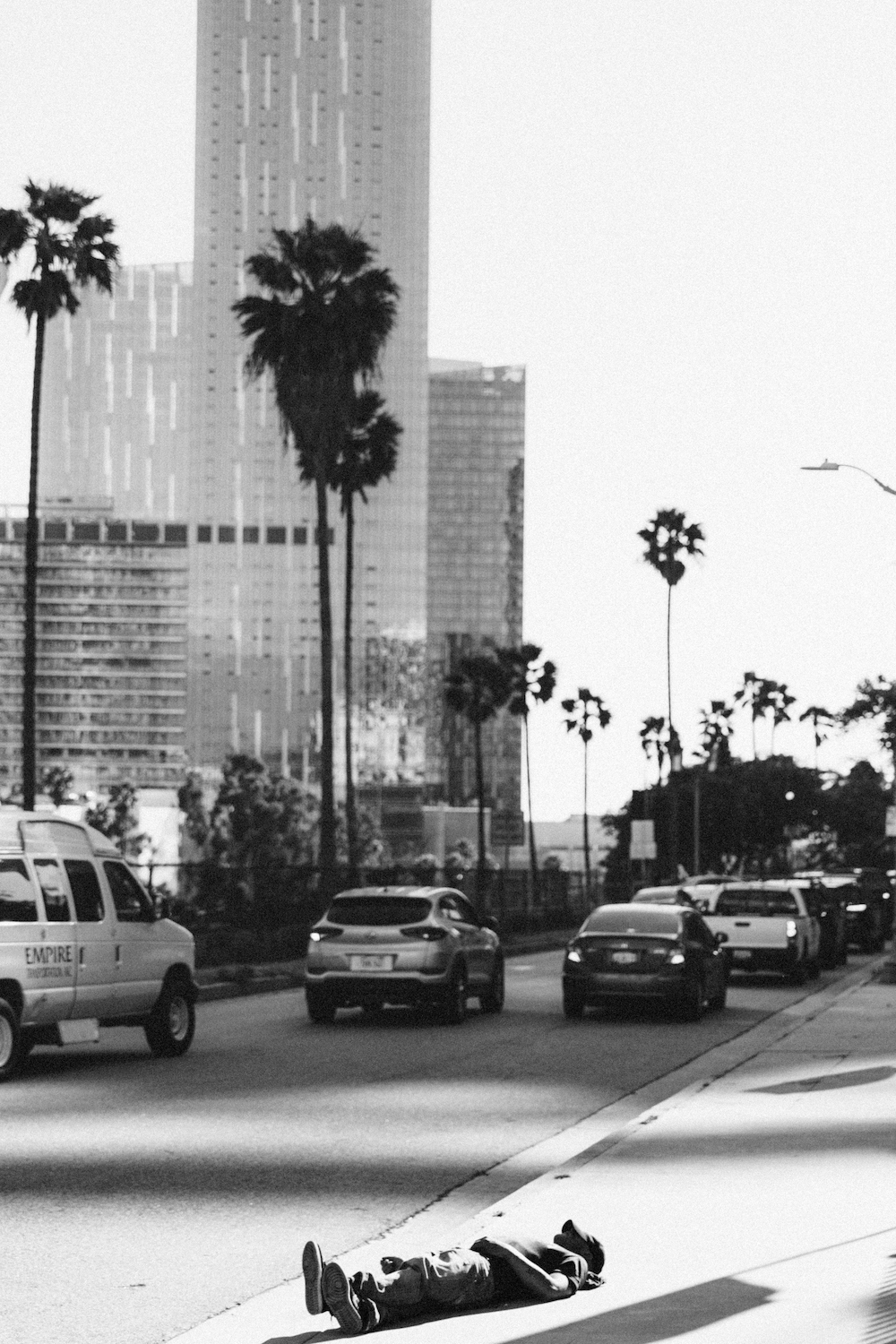 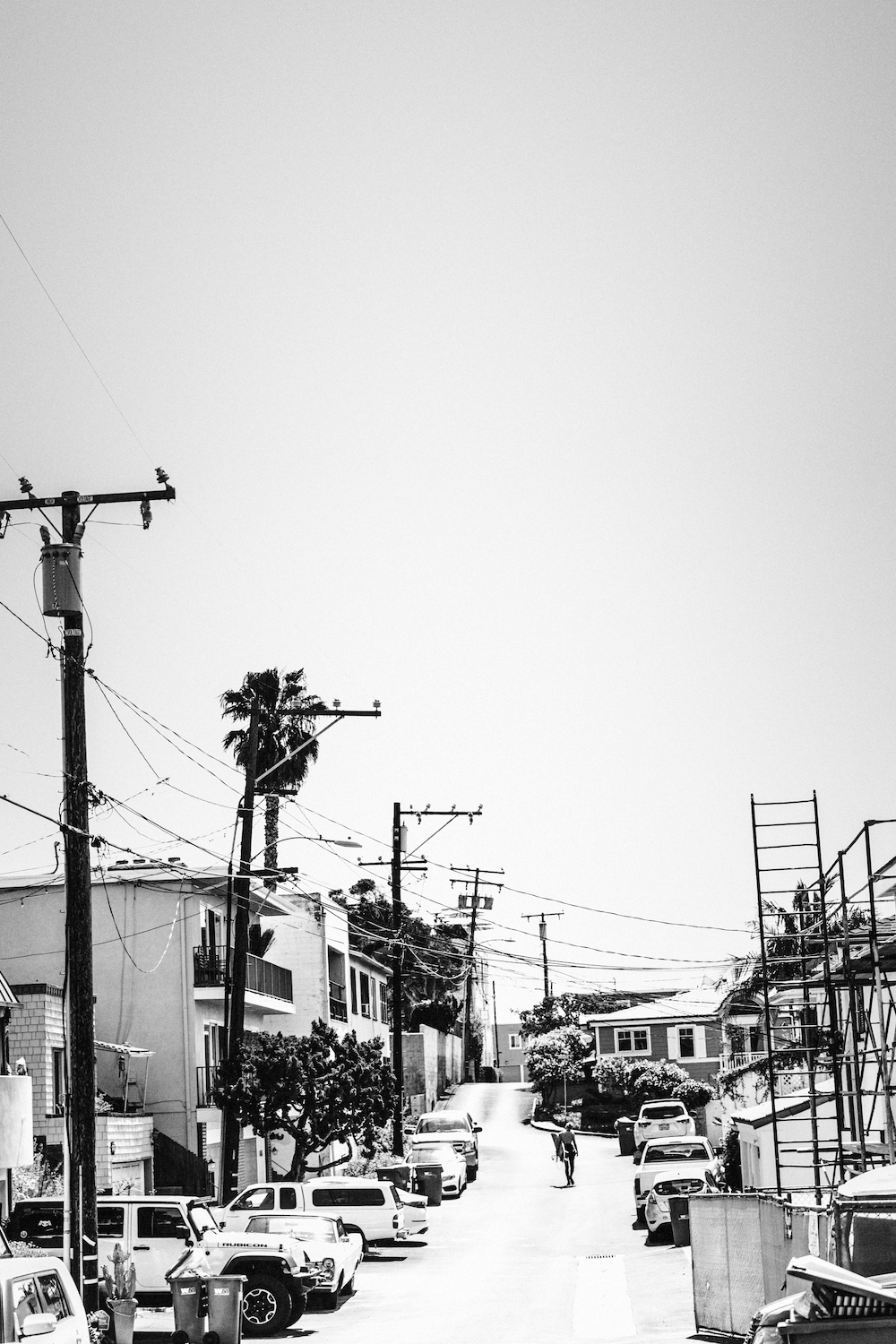 For British kids talented enough to embark upon a professional career, the Californian seal of approval was the ultimate accolade. I can still clearly remember the amazement and pride I felt when my friend Chris Moran (the original ‘American Kid’ from school) got a picture in TransWorld SNOWboarding, or when skaters like Tom Penny and Geoff Rowley started to get coverage in the American mags.

But by the turn of the millennium, the importance of the West Coast was beginning to be diffused. Emergent skate and snowboard scenes on the East Coast and Europe vied for our attention, while here in the UK, the media options now included several fiercely British propositions like Unabomber and Whitelines – the magazine I was lucky enough to work on for a decade.

And so it went. In the intervening two decades, the action sports landscape has grown and evolved into something radically different, and more global, to the one we all grew up with. A British lad turning up to school with a skateboard is unlikely to be nicknamed ‘American Kid’, for a start. The role of California has subtly changed too. Sure, its influence on the wider culture is still absolute. The most successful British skaters, for example, have succeeded in part because they embraced the SoCal lifestyle so wholeheartedly that they were eventually accepted as a native – even if it meant giving up their own accents. But California today is more than just a location for progressive skating, surfing and snowboarding; it also represents and safeguards the tradition and history of action sports itself. 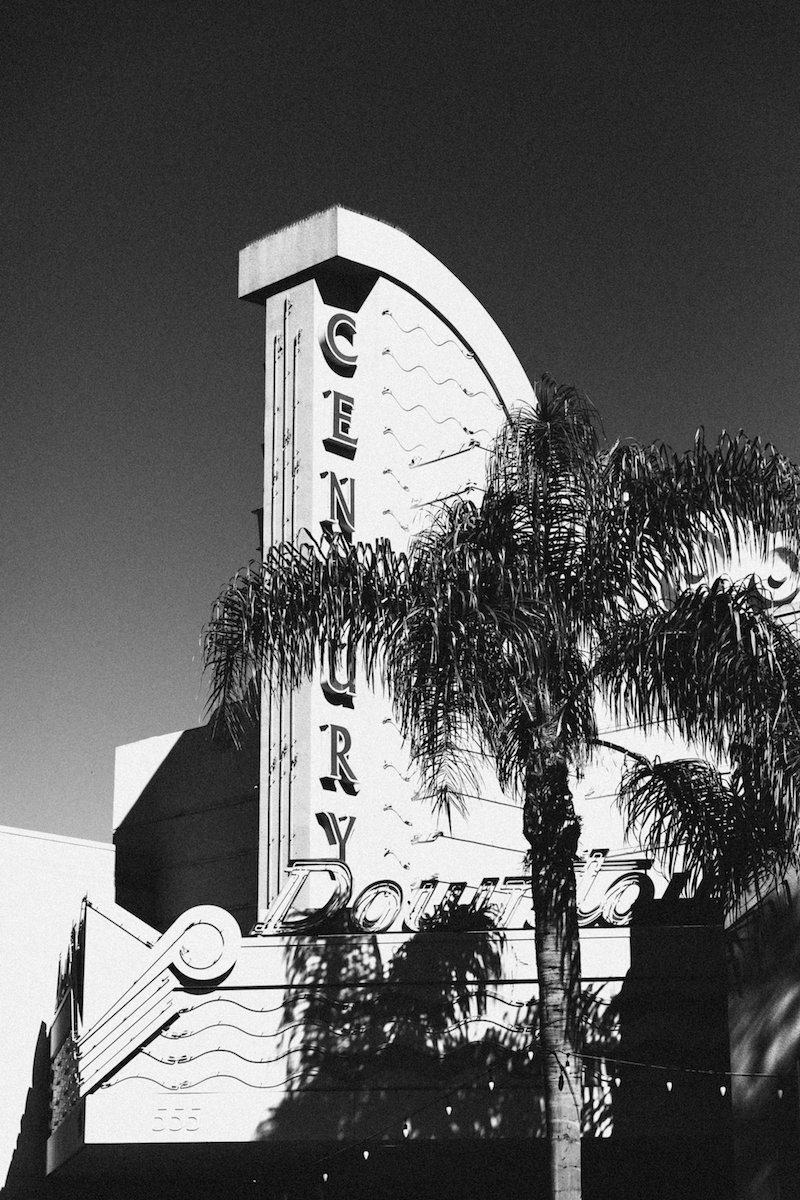 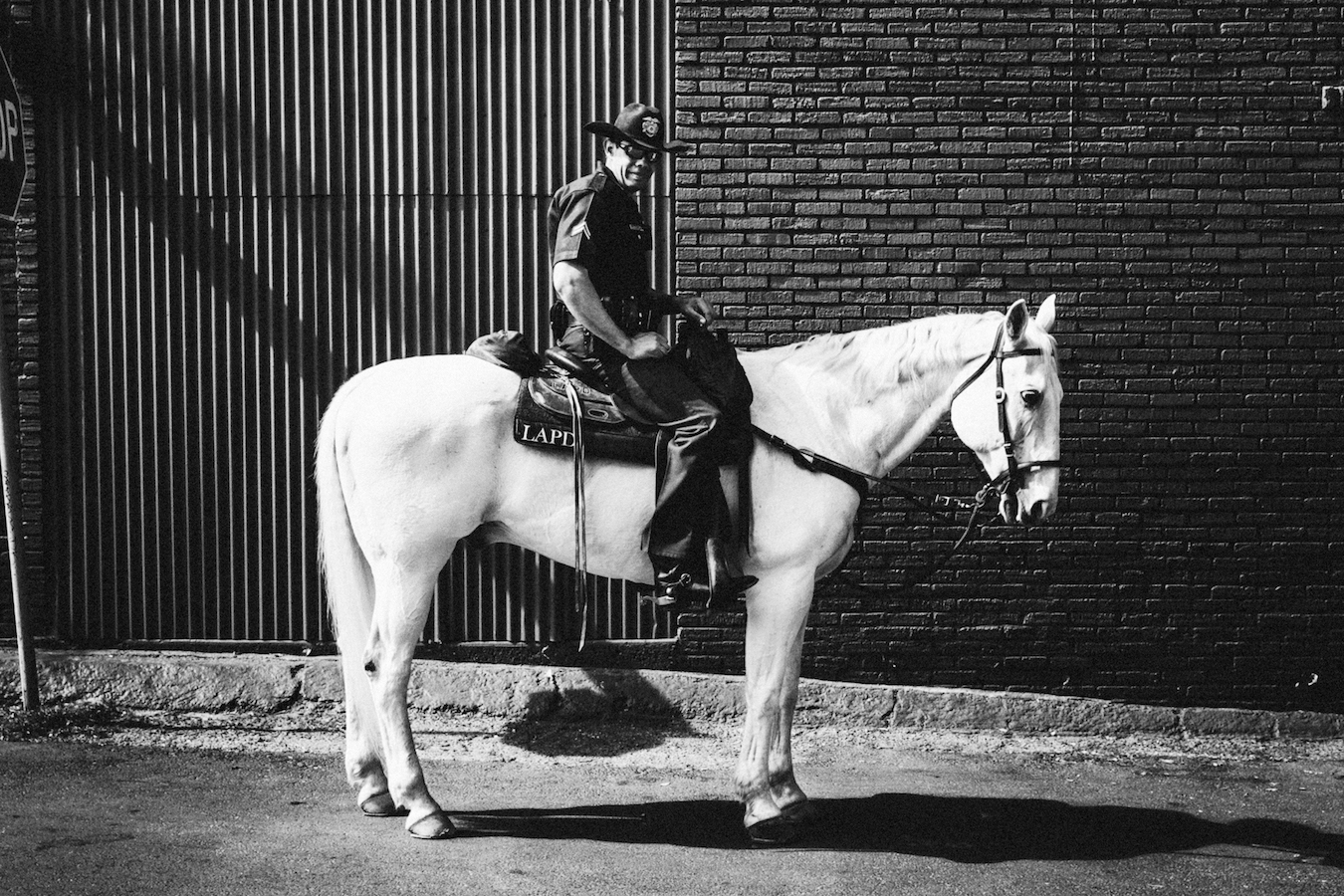 Whether consciously or not, our trip really had been a pilgrimage to this spiritual home. It was a long overdue visit – my first! – to that sprawling dogleg of land that has shaped my life for over thirty years. Even the itinerary was a tribute to the California of my young imagination, being based as much around iconic spots like C-Street in Ventura as it was actual towns and cities.

With so many possible guests for the podcast, I wanted to speak to people who summed up California’s diverse contribution to the culture. Because as important as traditionally venerated alphas like Herbie Fletcher are, they aren’t the whole story. Equally important, at least to my mind, are the lesser-known tales from trailblazers such as Circe Wallace, or legendary travellers like Craig Peterson and Kevin Naughton. You’ll meet them all in these pages.

Over the course of this journey, I finally appreciated what California means to me. And I also realised something surprising: I’ll always be something of an outsider. I might have spent my adult life pursuing the Californian dream, but it isn’t my birthright – as it is for many of the people I met and interviewed, and all the other locals who see themselves as guardians of sideways culture.

And that’s fine. After all, the view from the outside can be more revealing, in its own way, than that of the insider. Outside, looking in. That’s what inspired the podcast in the first place. And it’s what this – the first Looking Sideways book – is about. 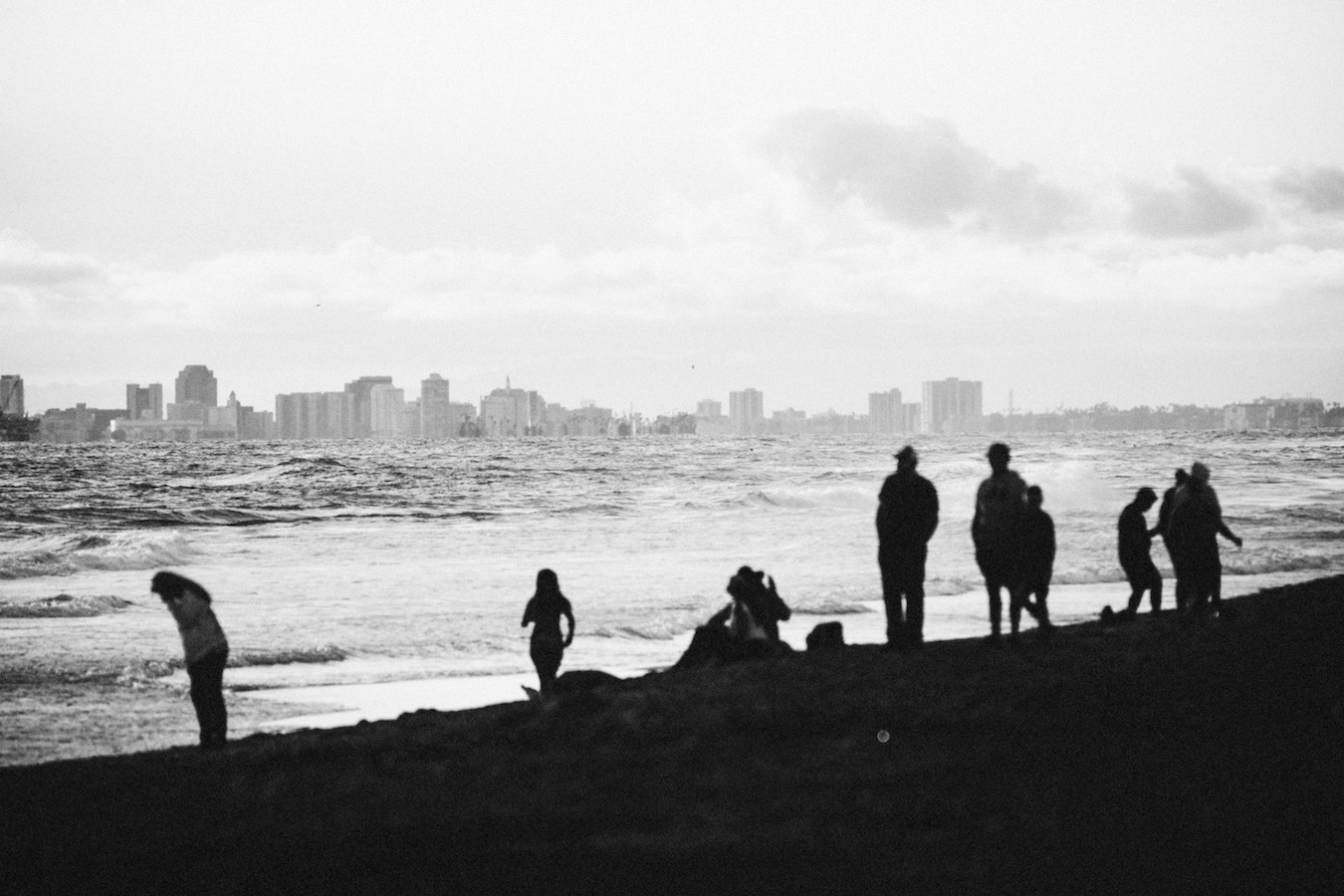 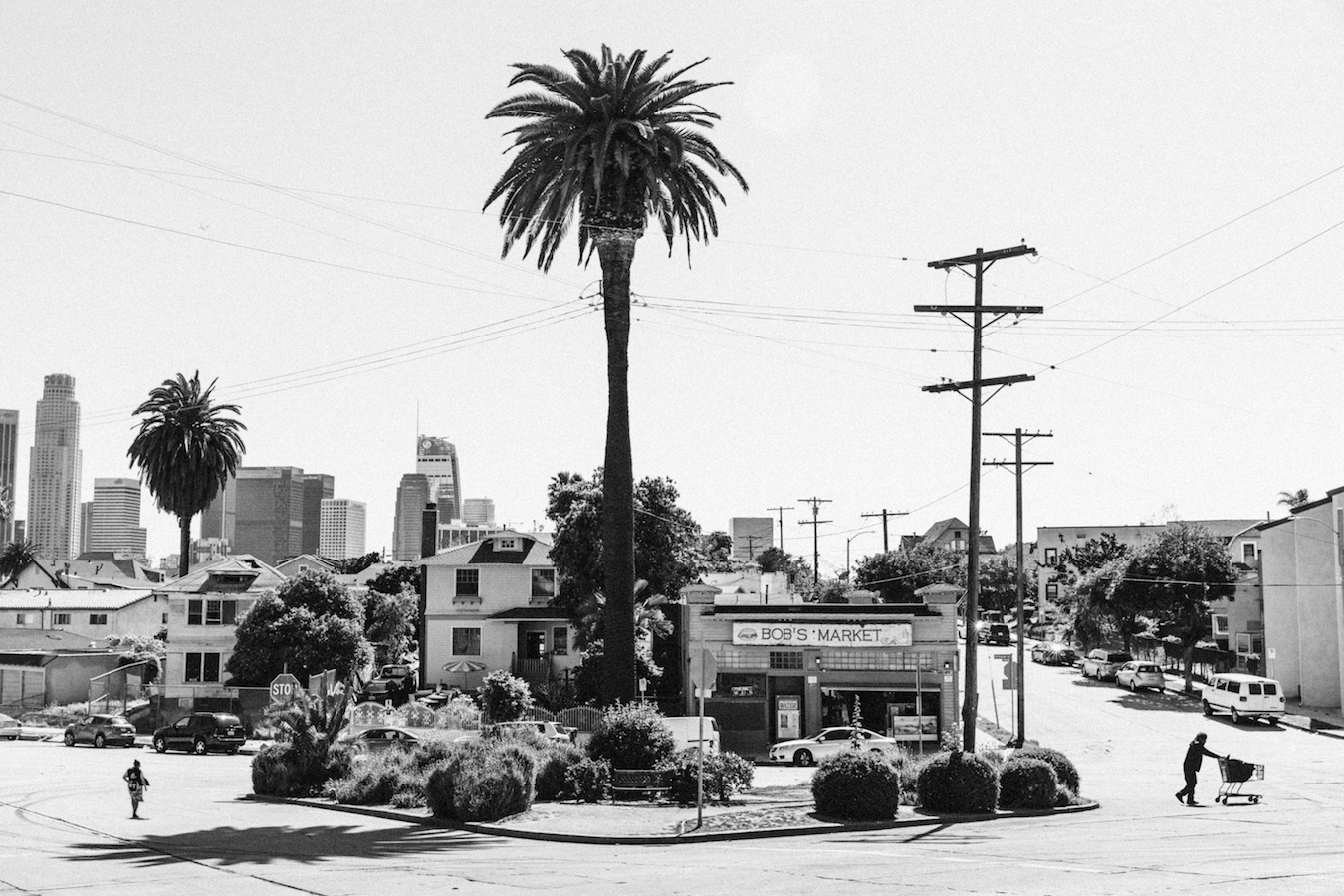 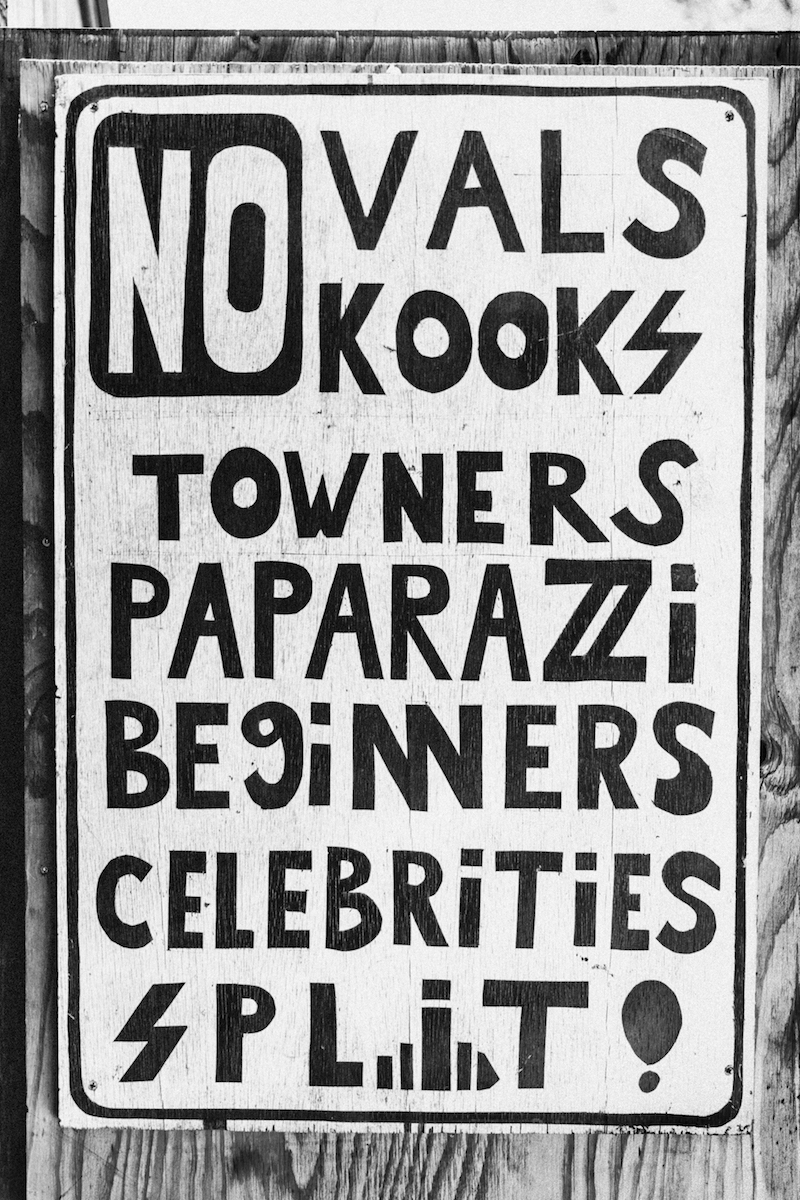 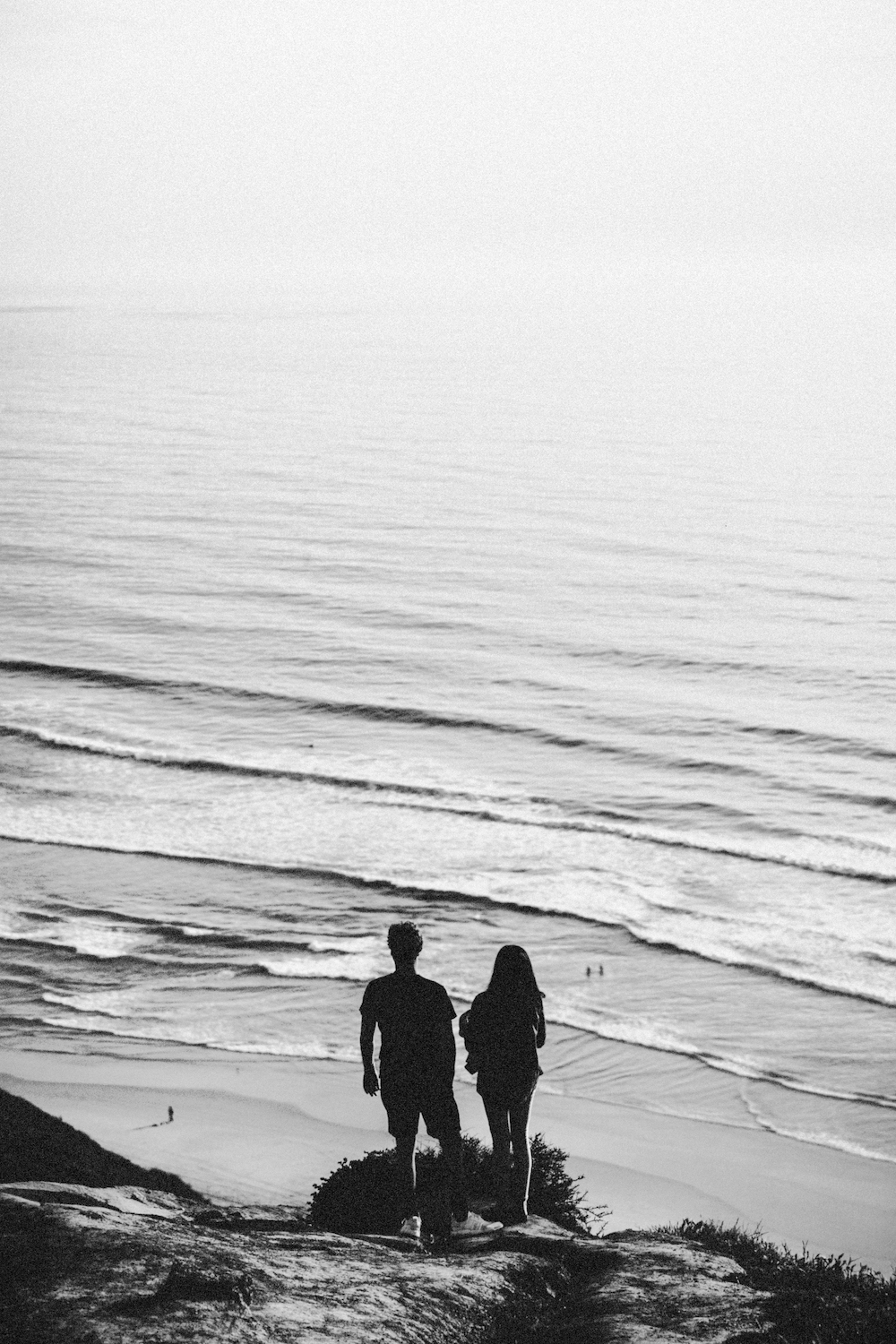 Linkedin
RELATED ARTICLES
OTHER ARTICLES
A 37-year-old woman shares how her abortion led her to become a clinic worker, and the abuse she’s received in that role.
Financial turmoil is pushing people who work in the sex industry into more dangerous and desperate situations as a means of survival.
Yesterday thousands gathered outside Buckingham Palace after news of the Queen’s death broke.
The idea that a younger generation is abandoning work has become a popular narrative online, but it doesn’t necessarily reflect reality.
A new project is documenting formerly incarcerated people as they transition back into civilian life.
With skyrocketing rents, packed out viewings, bidding wars and more, renting in London has never been harder.