Art & Culture / Capturing the transformation from drag queen to self 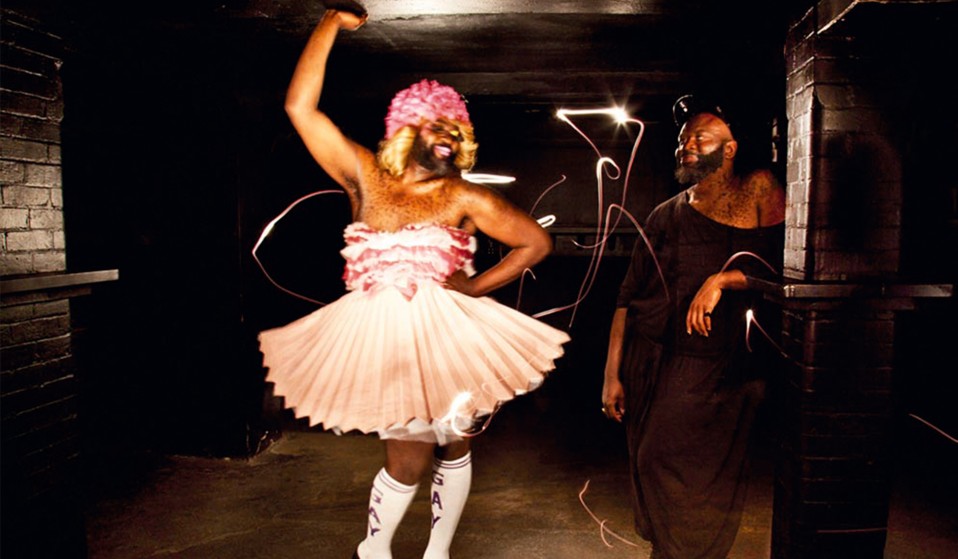 Drag performers are notorious for their confidence and extravagance – to be shocking and push boundaries is often the order of the day. Holly Revell, a London based performer and artist, wanted to find out and expose what lies beneath the layers of makeup and bravado.

With a background in fine art, one of Holly’s first installations was the somewhat notorious “Darkroom”, a project that created dark spaces in galleries, bars and clubs, that allowed audiences to make their own long exposure images, reminiscent of dark rooms in gay clubs. “It ended up quite raunchy”, smiles Holly, as we take a seat in London’s Lime Wharf exhibition space, where her latest works are on show. “I started getting to know performers on the scene, spending time with these performers and artists.” 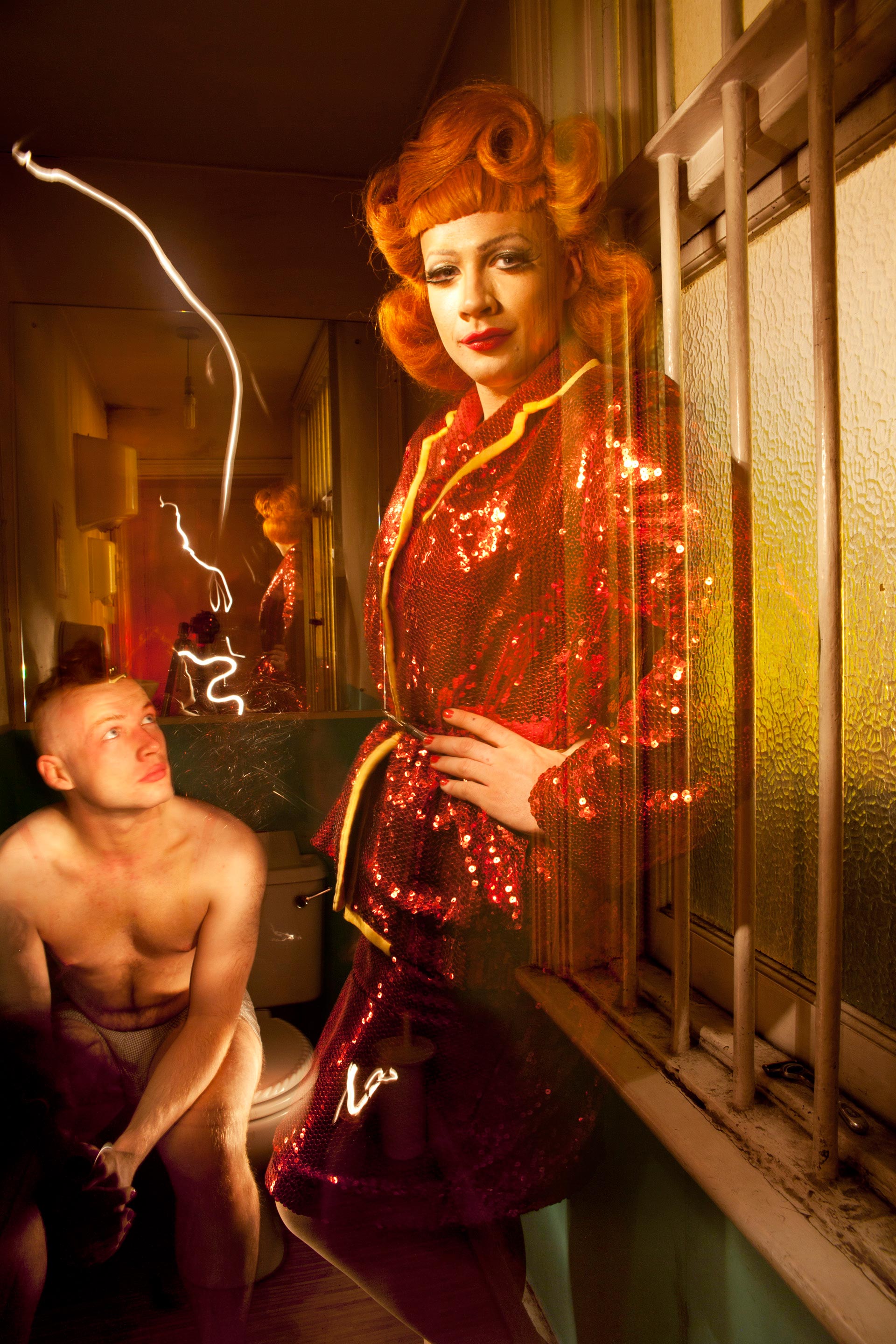 Through her work, and love of all things drag, Holly ended up spending time with London’s drag queens backstage, bering witness to their transformations from glistening and outrageous characters, to the individuals she grew to know and love. “At the end of the night it always surprised me how quickly all those layers came off, the baby wipes come out, and suddenly the character vanishes.” She was inspired, and wanted to shoot. 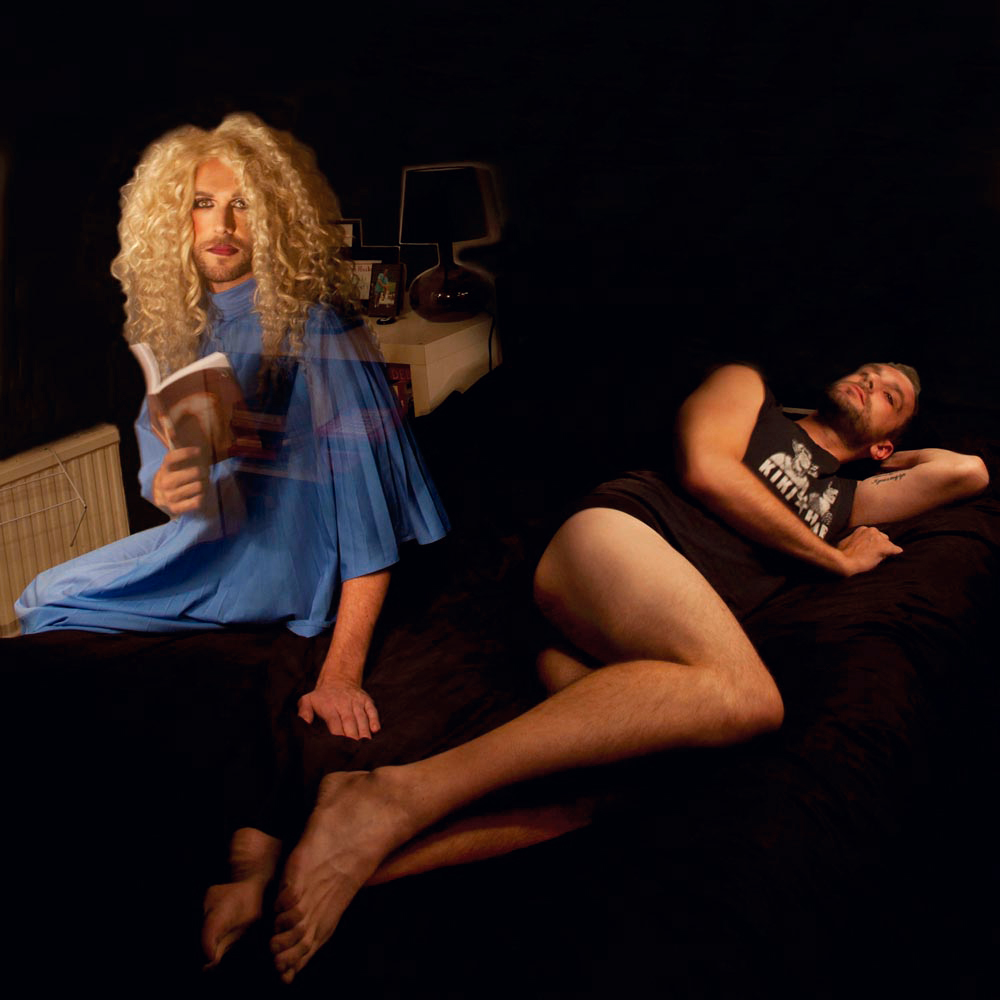 Her latest series of work, Transformations, captures this transition, but also the moments in between. Shot with a long exposure, ranging from two to twenty minutes, – the subject getting hastily changed in the dark midway through. It’s invisible, but the pictures capture that time in between. The whole image is created at once, no photoshopping or green screens – it’s an authenticity that Holly felt was vital. “We’re working in a darkened room, locking the camera open and using hand held lights to pick what we illuminate. They can take as long as they like, but whatever is illuminated will be seen.” 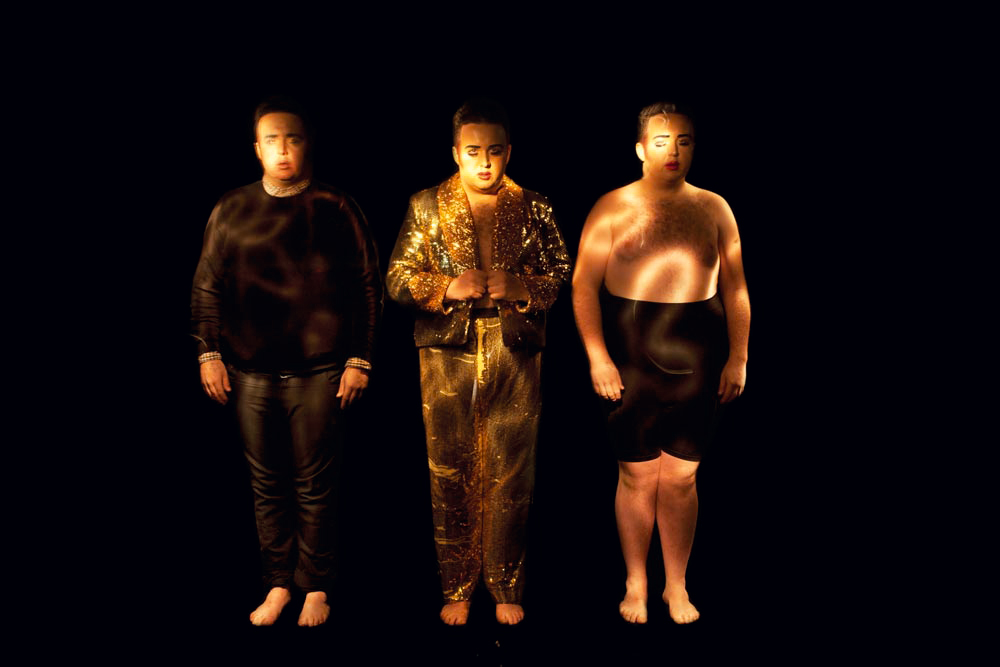 It’s a risky approach for a photographer; subjects can take hours to get ready, and the lengthy exposure time tops this up. In short you’ve got just one shot.

The technique adds a sense of haunting beauty – stray streaks of light dot the foreground, while there’s blurred, translucent quality to some of the work. “It’s reflective of the transience of the performed character”, suggests Holly, “while also exploring the distinctions between the two facets of the subjects, and how they interact day to day.” 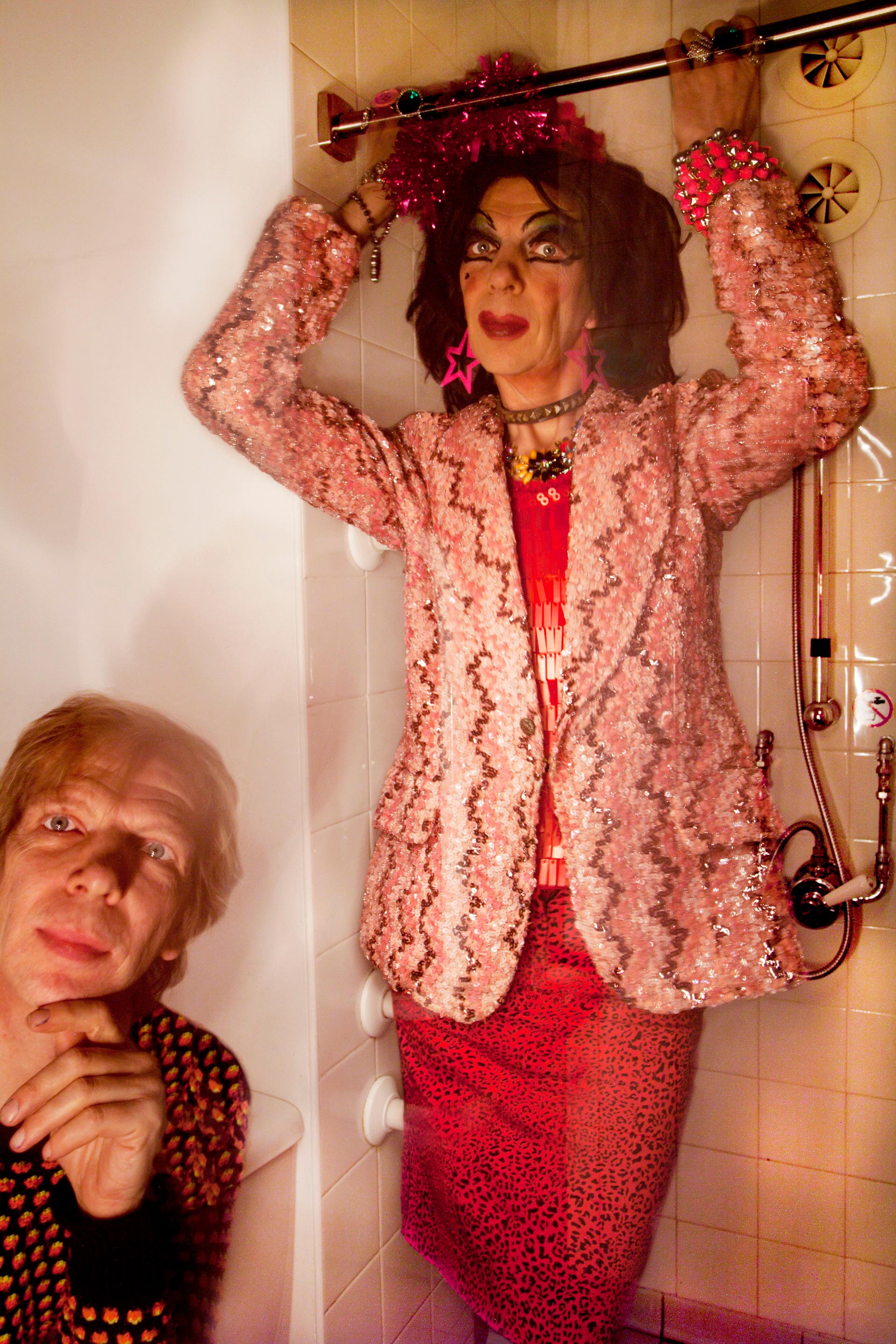 “Spending time with these performers during the shoot I would also have time to delve deep into the personal, while my subjects got ready I’d explore their relationship with the persona they create, how they portray each side of themselves,” Holly tells me, as we walk slowly around the exhibition. Looking closely at the portraits it’s clear the images echo post- performance emotion and fatigue, revealing the bodies which support their queens and the traces left behind post-drag. 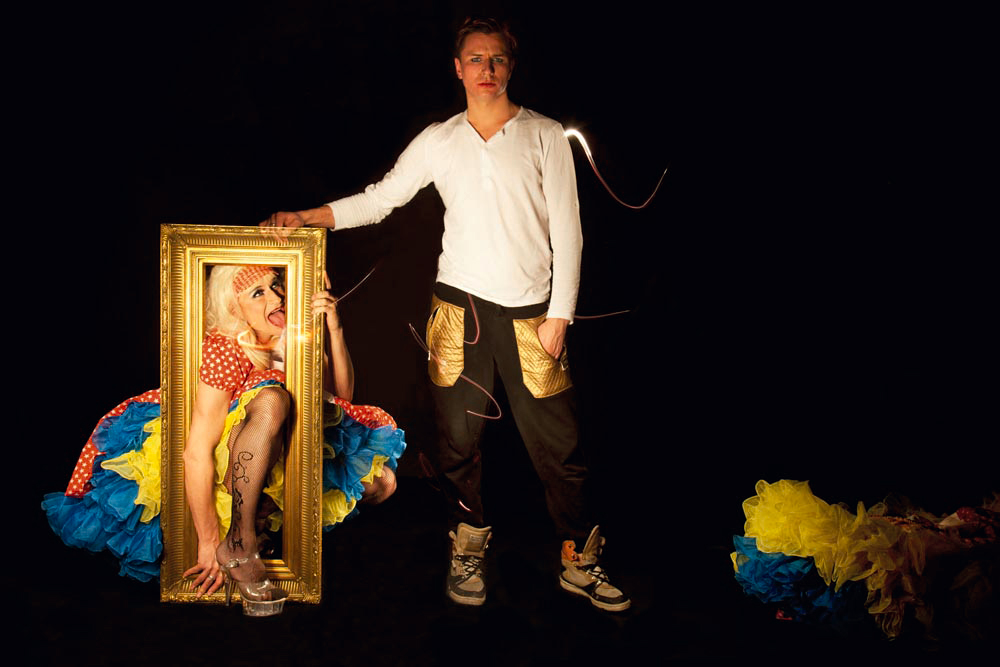 She didn’t just form emotional ties, the reality of shooting with long exposure requires a level of physical intimacy too. “I almost have to climb onto and over them for lighting”, she laughs, “I got as close as I can to the things I admire.” 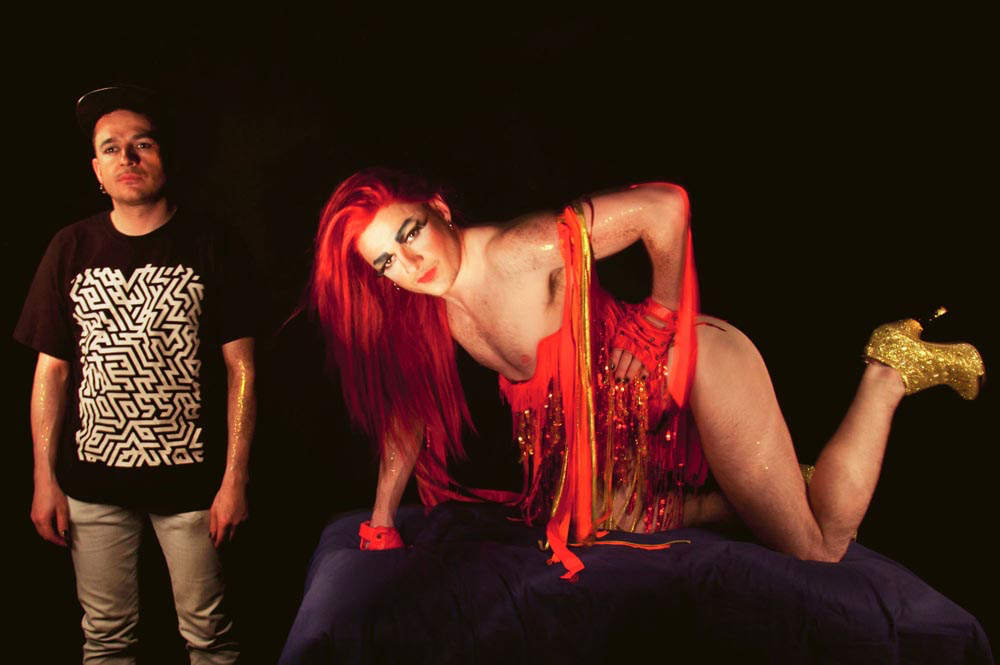 The exhibition will run from Wednesday the 9th March until Friday the 1st April at Lime Wharf, Vyner Street, E2 9DJ, London.

For more information about the project and prices, get in touch with Holly here.

Linkedin
RELATED ARTICLES
OTHER ARTICLES
Protestors gathered outside Downing Street following the latest atrocities committed by Israel against Palestinians living in the besieged strip.
A young woman recounts her experience of being harassed by anti-choice campaigners as she was seeking an abortion in Glasgow.
Susan Pektaş’s new photo series delves into multiple cultural layers of the region with a touch of personal mysticism.
Students are being left to languish in unsafe housing, in some cases leading to serious health complications.
One year on from the fall of Afghanistan to the Taliban, Tiara Ataii speaks to those who have been forced to make the treacherous journey to Europe for safety, and the barriers and horrors they have faced.
To mark the premiere of his new documentary on surfing giant Gerry Lopez, the filmmaker and former pro skateboarder sits down to share his unique brand of wisdom.