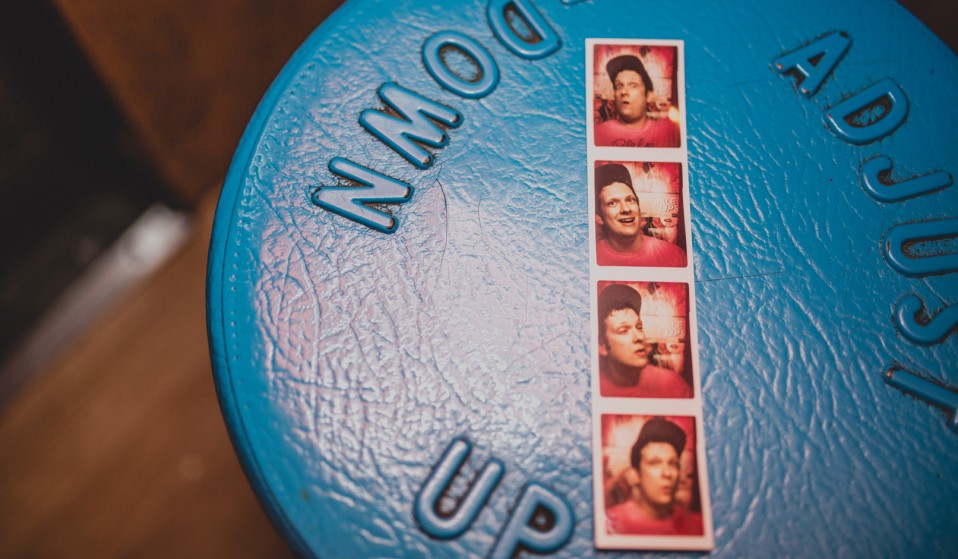 When musician Adam Kiesler tried to get pinball back on the street, he uncovered the game's seedy past – and the archaic laws that banned it.

When musician Adam Kiesler tried to bring pinball back from the dead, kickstarting a scene in Montreal, he uncovered the game's seedy past – and the archaic laws that banned it.

Up a narrow flight of stairs, past buzzing pink neon and a wall of vinyl records, an array of pinball machines flicker and glow like otherworldly relics.

“We had some backlash from people who say these games don’t belong in public, that they belong in collectors’ basements where they’ll be taken care of,” says Adam Kiesler, the bar’s co-founder. 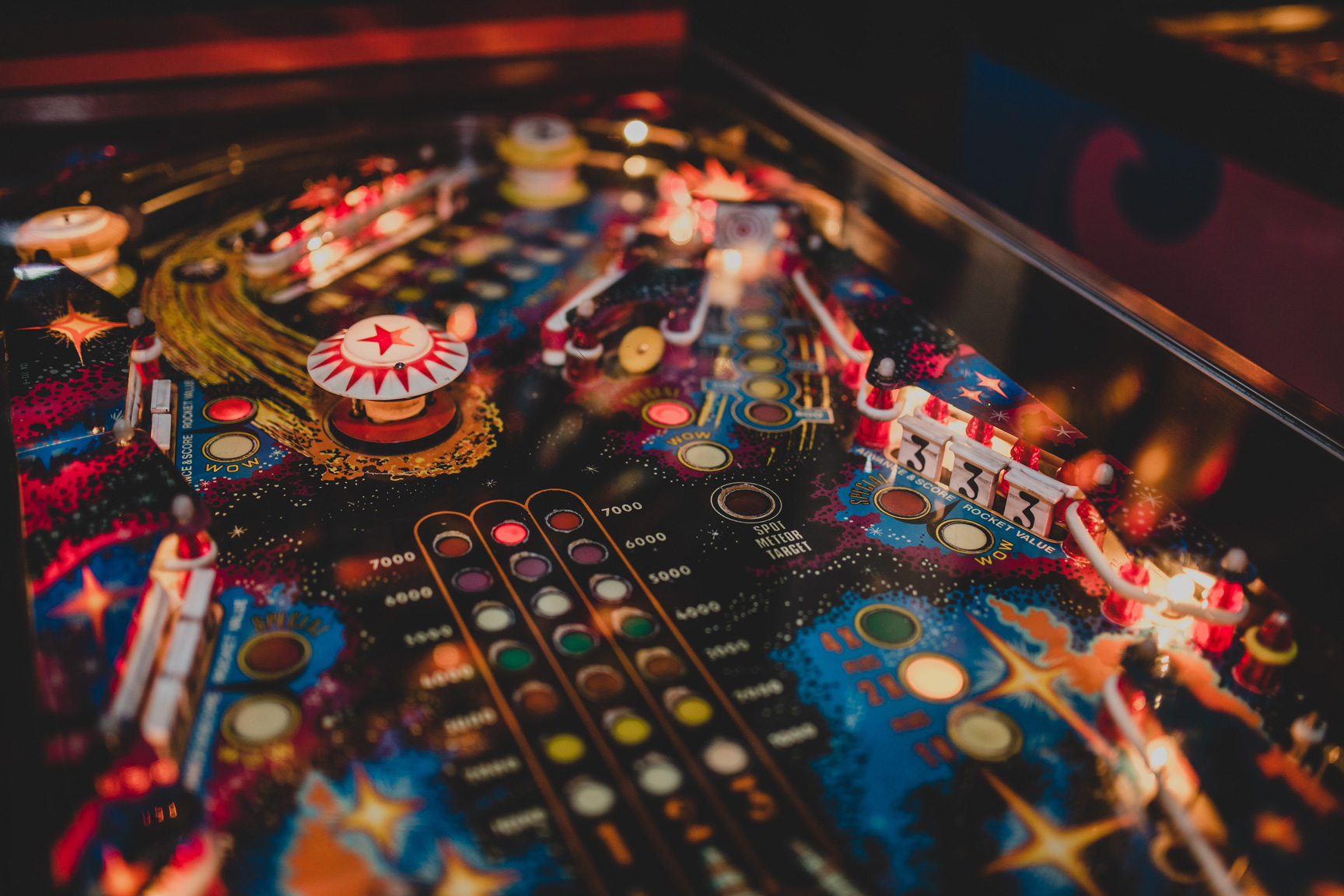 “But the impetus for creating North Star was trying to get pinball back on the street: pinball for the people.”

Adam is a pinball obsessive, having re-discovered a passion for the game a few years ago.

He started spending more and more time seeking out vintage pinball machines, buying them, fixing them up and meeting the people who built them – turning into a small-time collector himself in the process.

After competing in pinball tournaments around North America, Adam eventually became the top-ranked player in Quebec (he currently sits at no. 163 out of over 45,000 in the world).

He then founded the Montreal Punk Pinball League – a crossover crew of pinball geeks and musicians who would play at each other’s apartments every week. But Adam wanted to keep expanding the pinball community across Montreal. 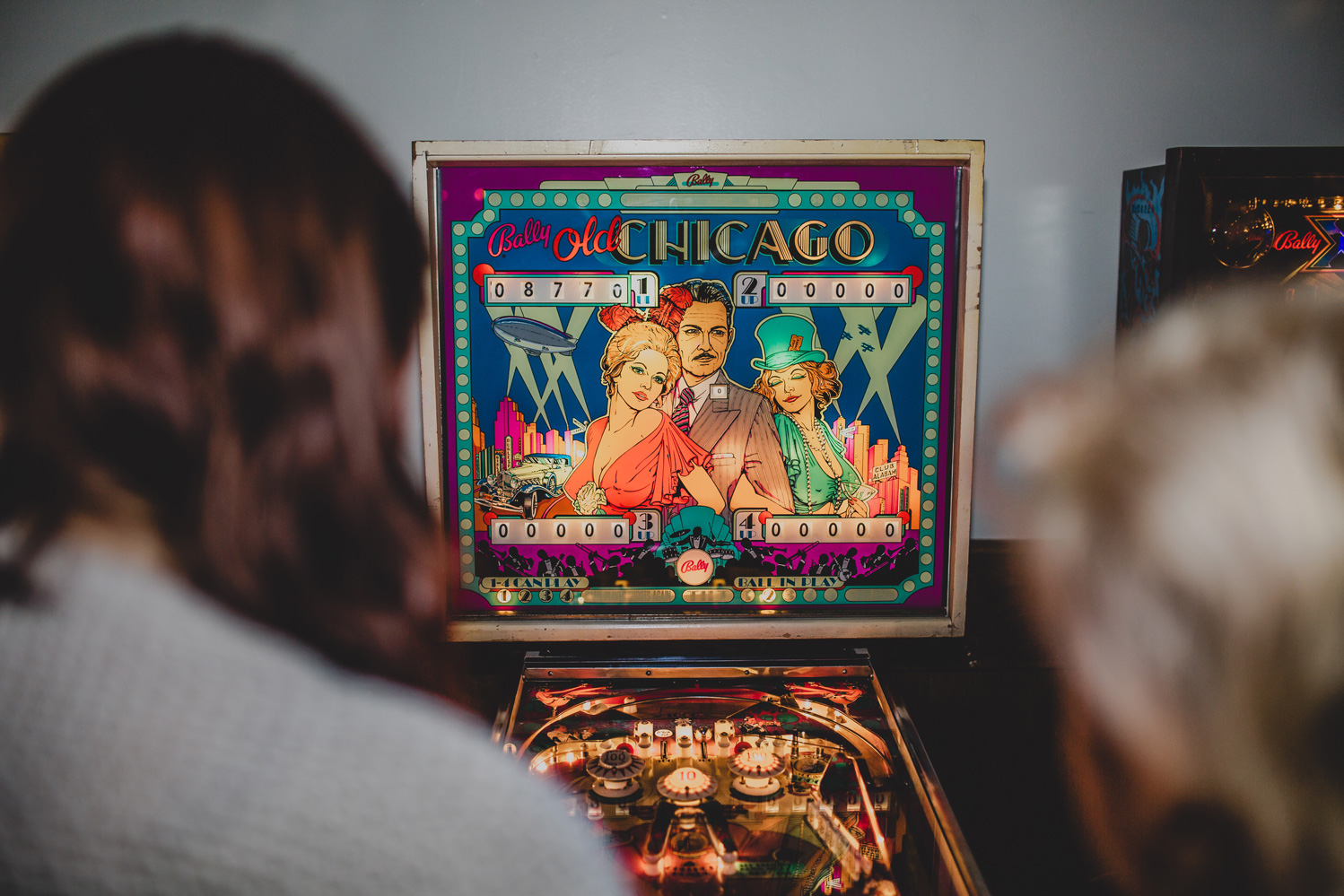 In the mid-2000s, he started a record label, Ohnono Records, to release punk and noise albums – boxes of which he’d haul to sell at shows every few days.

That same industriousness led him to use his own collection of pinball machines as the foundation of North Star.

“We find these old games that are covered in dirt and not working properly,” says the 32-year-old, who’s originally from Winnipeg.

“But when they go through the process of being cleaned up, of everything being replaced, of being fully tested – we basically save them from the landfill.”

Since its opening in January, the bar features a constant rotation of tables. There are games like ‘Dolly Parton’, ‘Harlem Globetrotters, ‘Old Chicago’ and Adam’s current favourite, ‘Farfalla’ – a rare Italian table with slightly off-putting psychedelic graphics.

Every game has its own history: from the designs and themes, to the mechanics inside the machine itself.

“That’s been one of my biggest draws to pinball my whole life,” Adam says quietly.

“It’s an analogue thing: a big wooden box full of all this stuff. It’s semi-random and relies on gravity. You can interact with it, like if you nudge the table in a certain way it can impact the trajectory of the ball. There’s something very real and tangible that you can connect with.” 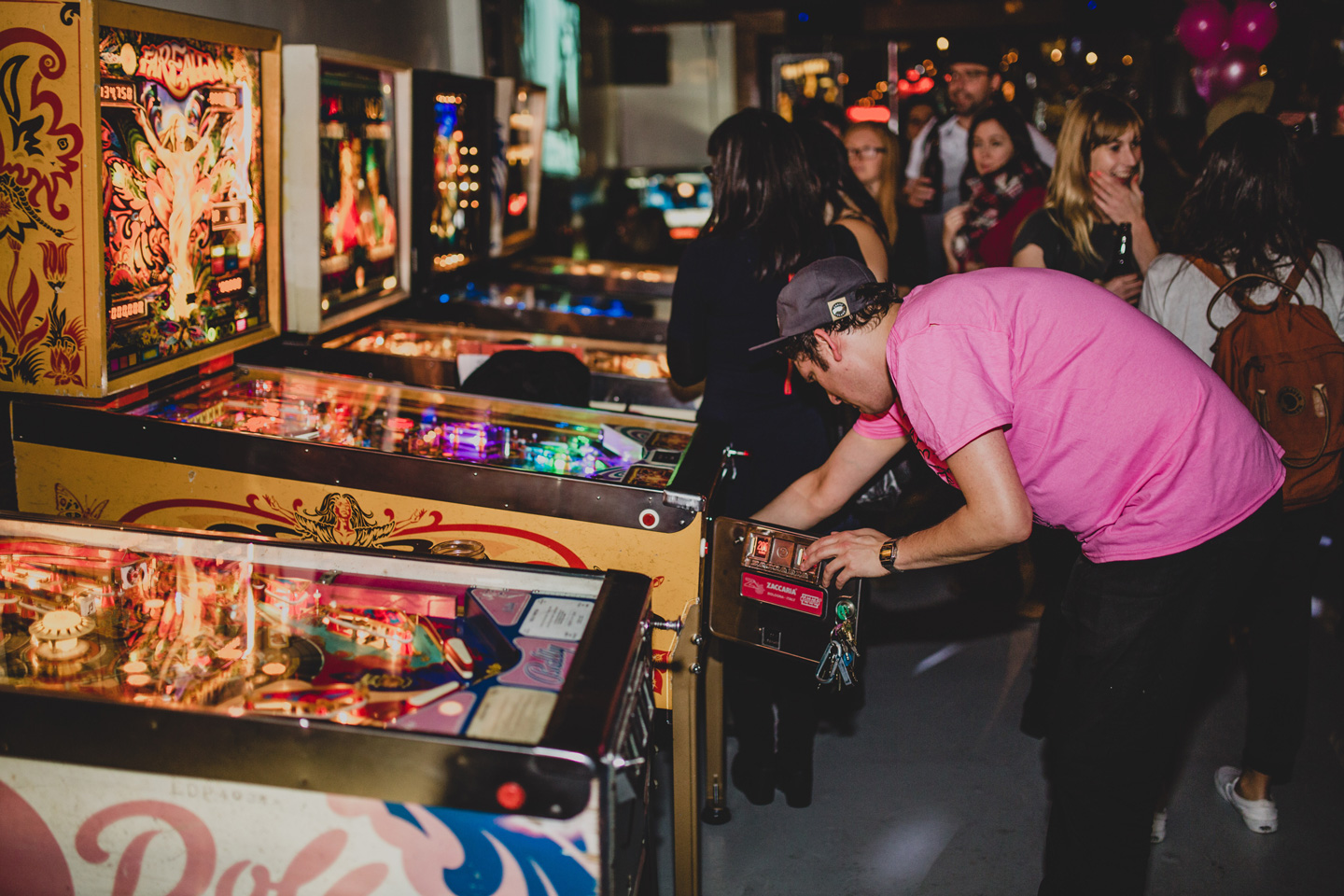 There are flashes of a childlike wonder in Adam’s voice as he says this, and it’s not hard to see why.

Growing up in the ’90s, he’d use his pocket money to play pinball at the mall while his mom went shopping, turning high scores into free rounds.

When he moved to Montreal for university, he found an arcade with pinball machines on St. Catherine’s Street – a busy downtown corridor peppered with office buildings, cheap restaurants and brassy strip joints.

Montreal has a colourful pinball history. It earned the title ‘Sin City of the North’ during the prohibition era, a time when pinball became a fixture in sleazy dives and mob hangouts. 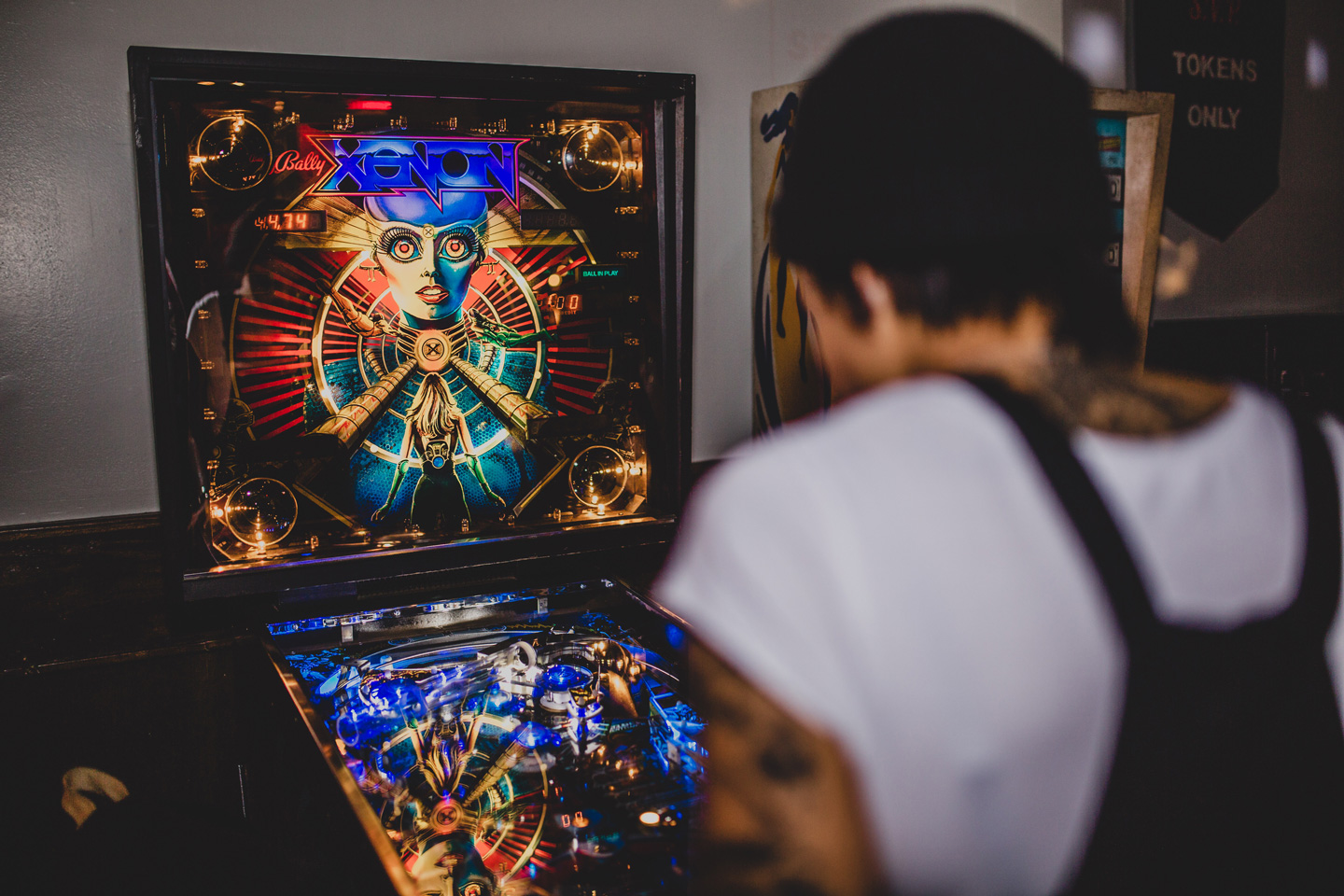 Since players could win tokens through the tables’ replay function, pinball was considered a form of gambling.

But despite being decriminalised in the 1970s, pinball tables and alcohol still couldn’t co-exist legally in the city – and the game’s popularity never reached the same heights. 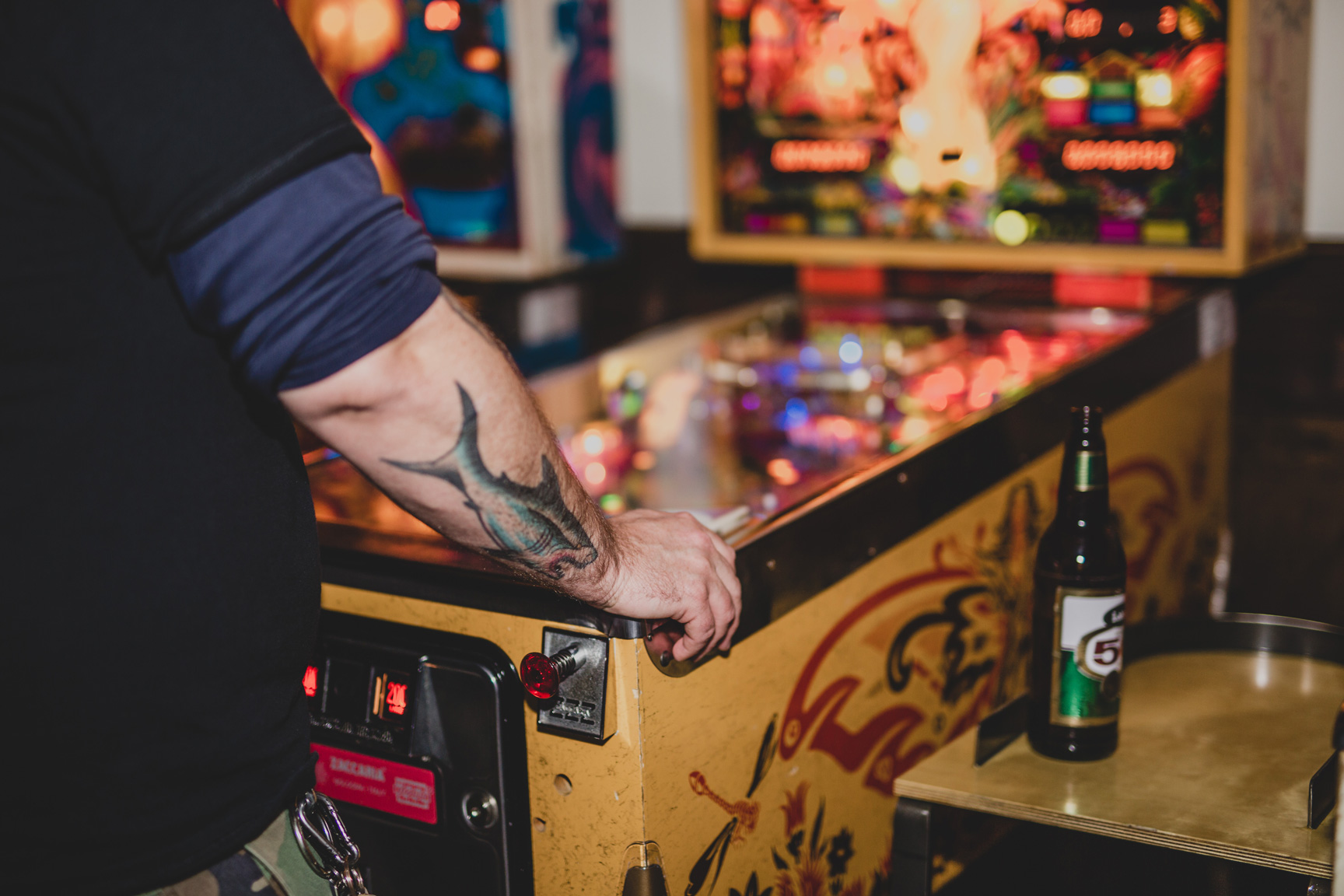 In launching North Star, Adam started a campaign to overturn Montreal’s antiquated bylaws – a battle that, in the US, has gone as far as the Supreme Court.

But after over a year of trying to organise meetings with city officials and councillors in vain, Adam generated enough media attention to pressure City Hall into action.

The law is in the process of being changed – although there’s no guarantee when – which means that North Star exists in a legal grey area. (Authorities do not plan on enforcing the ban.)

In the meantime, the bar has become the epicentre of Montreal’s pinball resurgence. It’s also home to the Ball Bustin’ Bitches, the city’s first all-female pinball league, started by Charlotte Fillmore-Handlon, Adam’s girlfriend.

The idea is to create a comfortable social environment for new players and break down any preconceptions of the game – one traditionally dominated by men. 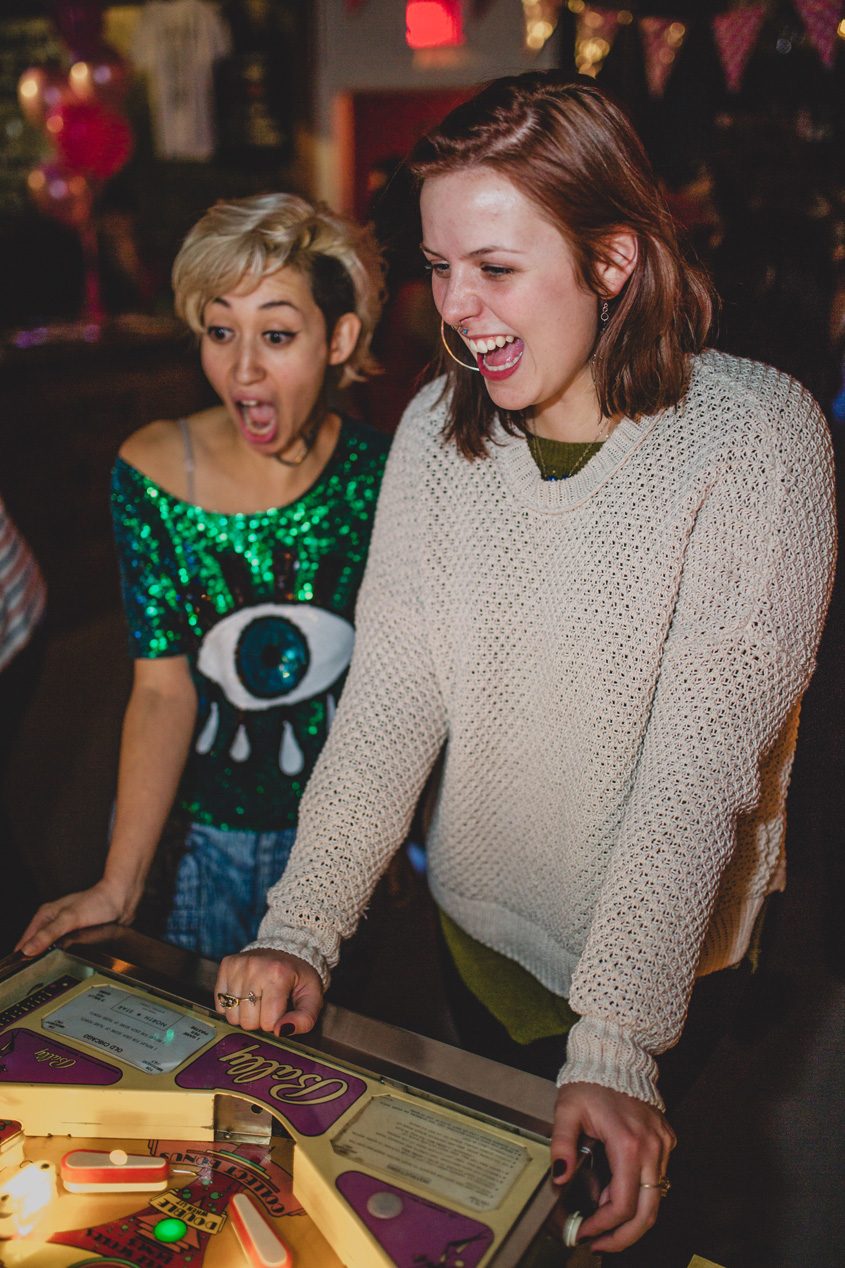 “I thought it would be a good opportunity to introduce women to pinball right from the beginning of the new era here,” explains Charlotte. “The idea is to see everyone playing together.”

North Star has already become a community hangout for those who champion analogue values. There’s a jukebox curated by local musicians, one of Canada’s last remaining colour-chemistry photo-booths, and the world’s slowest disco ball.

The latter might be a weird thing to be proud of, but it’s become a fitting symbol of the bar’s retro mandate. If you stare at it, it’s nearly impossible to tell it’s moving.

“On the surface, you could say it’s nostalgia… but it’s so much deeper than that,” says Adam. “A big part of it is bringing people together and having something to share.”

Linkedin
RELATED ARTICLES
OTHER ARTICLES
Our new magazine is here, starring the inimitable Mitski. Order your copy now and join us on a trip around the world.
Government plans to make it harder for people to go to university will only entrench inequality.
Over the weekend, London locals came together to resist a pre-planned police raid targeting delivery drivers.
While protests over abortion rights rage in the US, access to abortion services is still almost nonexistent in parts of the UK.
A new documentary explores the government’s efforts to quash the protest movements of the late ‘60s by any means necessary.
After news broke last week around an expected reversal of the 1973 landmark law that made abortion legal in the US, protestors gathered in the UK in support of American women.