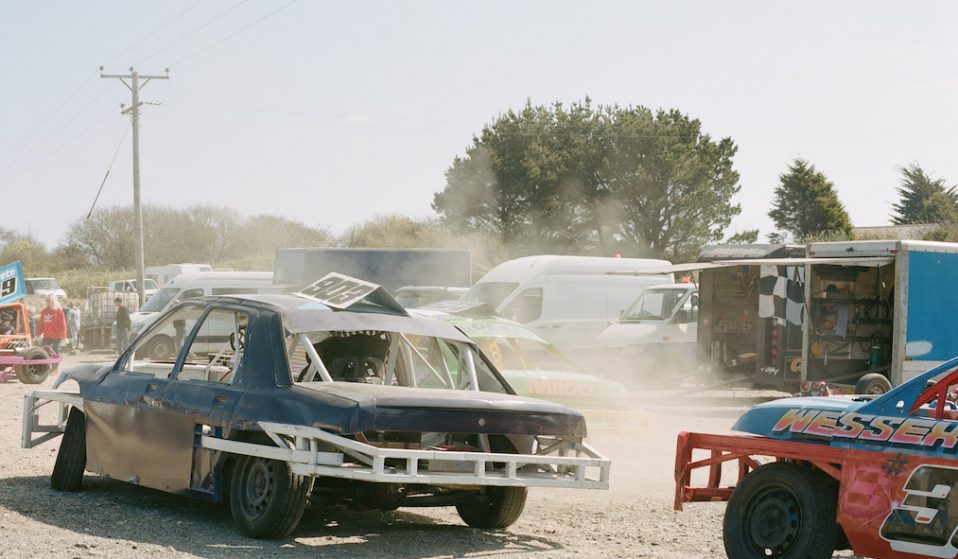 Photographer Becky Tyrell went down to the fading banger and stock raceway to meet a community desperate to keep it alive.

Photographer Becky Tyrell went down to the fading banger and stock raceway to meet a community desperate to keep it alive.

In January 2021, Becky Tyrrell was driving in her car along the idyllic northern coast of Cornwall on her daily commute to work. Having flicked through a few radio stations, she settled on the local news. One story piqued her attention: the United Downs Raceway, situated by the village of St Day, and the last remaining track for banger and stock car racing in Cornwall, was closing for good – with a “shinier tourist attraction” looking likely to replace it.

“I just thought about it and it didn’t sit well with me,” Tyrrell says. “It felt really unjust and unfair – it moved me, and I felt for the longstanding local community that have kept it alive and put so much passion and love into it.”

When Tyrrell was a teenager, her parents would often take her younger brother to the races at United Downs on the weekend, where old vehicles are often rescued from scrap, gutted, and filled with new parts to make them track worthy. 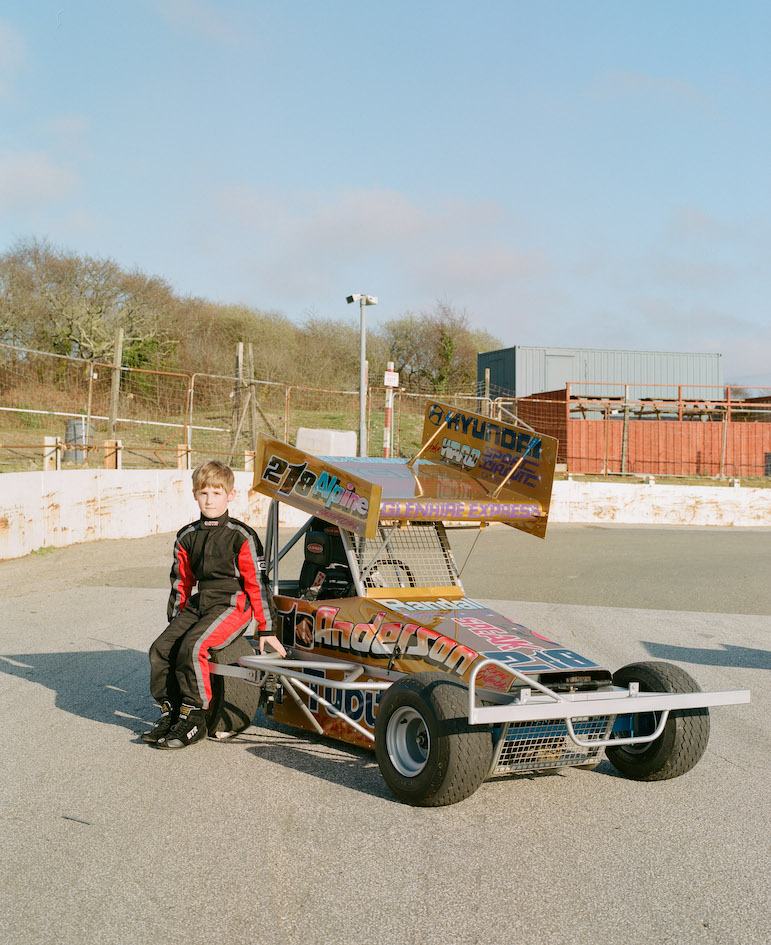 She would decline the invitation, choosing instead to be “out partying” – but having gone to many races as a small child at other tracks, she knew the importance of the raceway to local community members. Tyrrell decided to reach out to the man who had been running the track for over 20 years, asking if there was anything she could do to help as a photographer.

He invited her to visit and in March 2021, just a couple of months later as the UK gradually eased restrictions, Tyrrell went to the first race since before the pandemic. “It was an absolute sensory overload,” she says. “Bright colours, loud noises, revving engines – you’re like: ‘Whoa, what is this?’”

Since then, she has made regular trips to the United Downs Raceway and, armed with her camera, she has been photographing the drivers, fans and most of all, energy of a day at the banger and stock car races. Now a number of her shots from her visits are presented in her newly published photobook The Last Raceway. 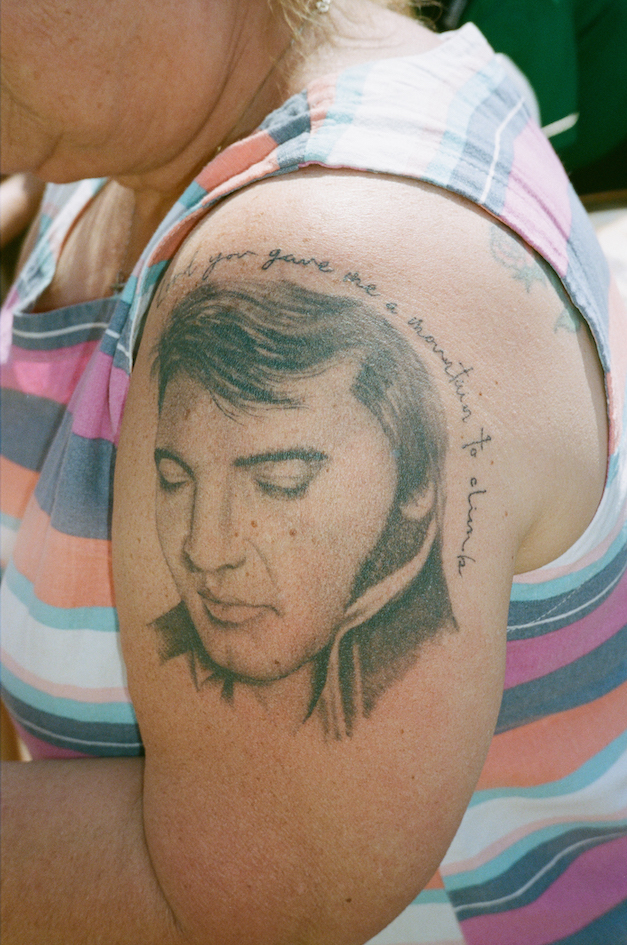 From children as young as seven years old gearing up to drive their small karts, ’90s banged-up hatchbacks in the aftermath of a crash, to relaxed onlookers camped out on chairs watching the action unfold, the pictures capture the thrill that keeps the community involved so enthralled. For the small number of people who participate in banger racing and stock car racing, it’s a hobby that often tip-toes the edge into being an obsession, with hours upon hours and thousands of pounds of cash spent fine-tuning their vehicles.

“It’s a real passion sport,” Tyrrell says. “Most of these people have day jobs and then they work on their cars in the evenings. They all know each other, and they all drive around the country every weekend.”

Since the radio announcement Tyrrell heard in January 2021, the United Downs Raceway has so far survived closure, yet the threat remains. For the past 50 years, the racetrack’s lease has been renewed once a decade, although Tyrrell alleges that when it was up for renewal again two years ago, once the council had heard that there was another interested party in the site, the lease has only been renewed for a year at a time.

In its place is a proposed “bio-thermal rum distillery”, which would serve to attract tourists rather than local Cornish folk. It’s a story as much about gentrification in the county, with second homeowners and AirBnB hosts sending rents skywards. “I’ve got a wider fire driving me,” says Tyrrell. “Whereas in the city you might have job opportunities, most of our jobs revolve around hospitality and the tourist industry at minimum wage.

“Then you see the rents rising more in line with cities and most of us are just really struggling,” she continues. “For the track itself, it was nice to find that home somewhere permanent [so] if the worst happens and we do lose it – there is a part of it living somewhere.” 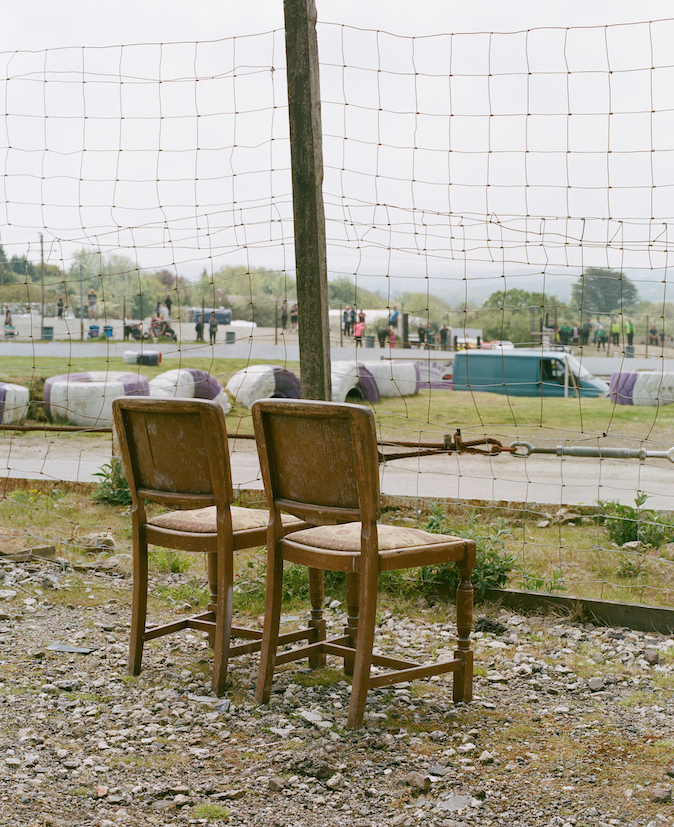 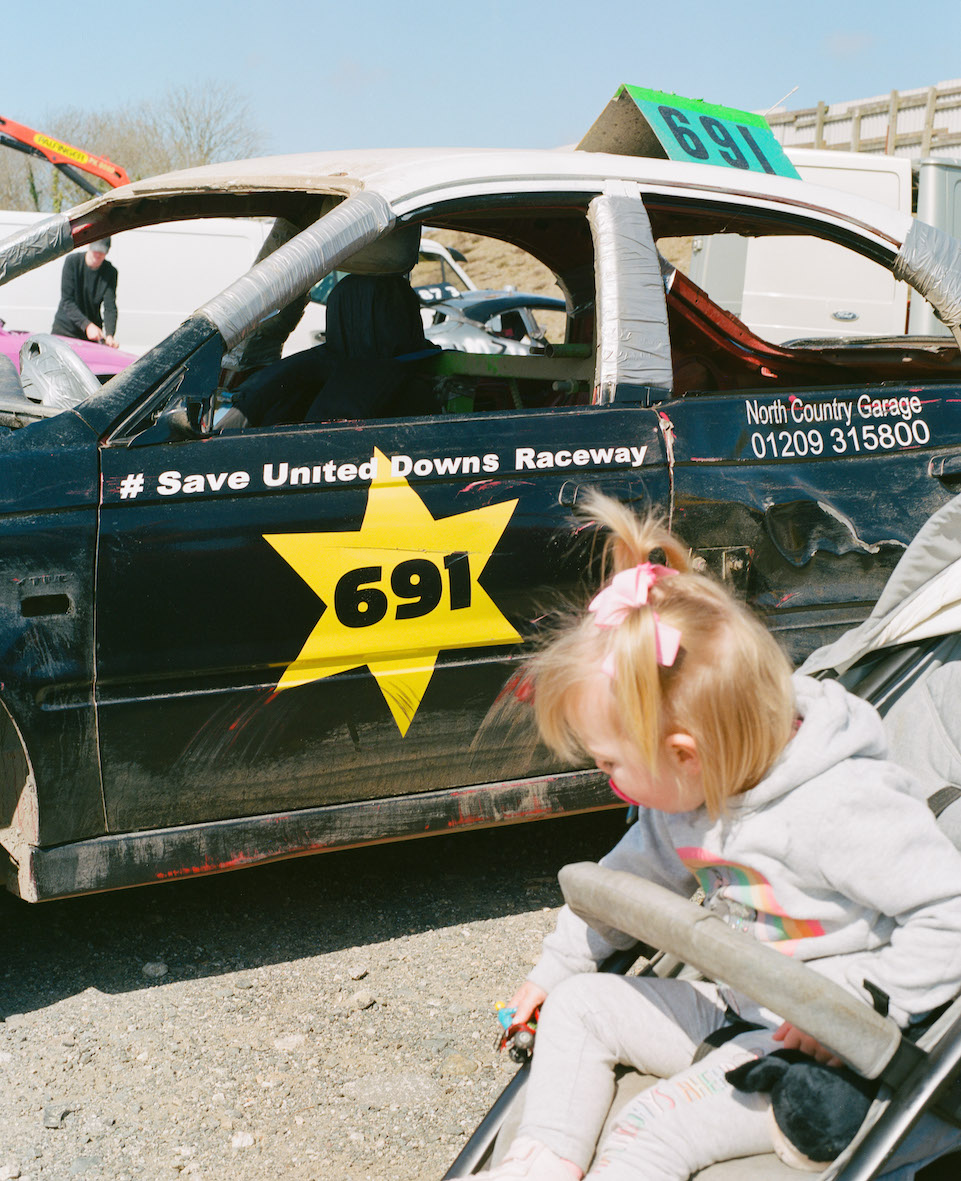 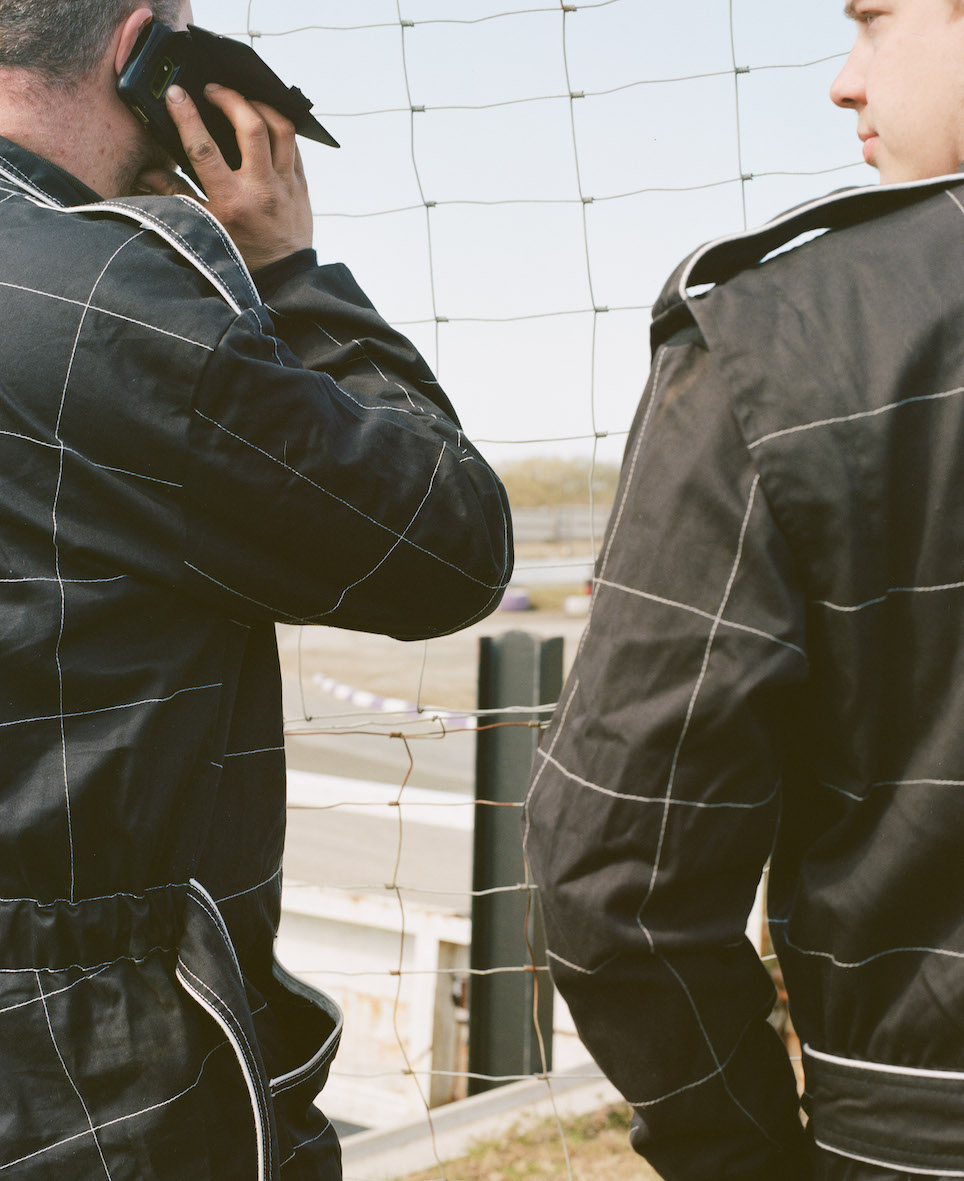 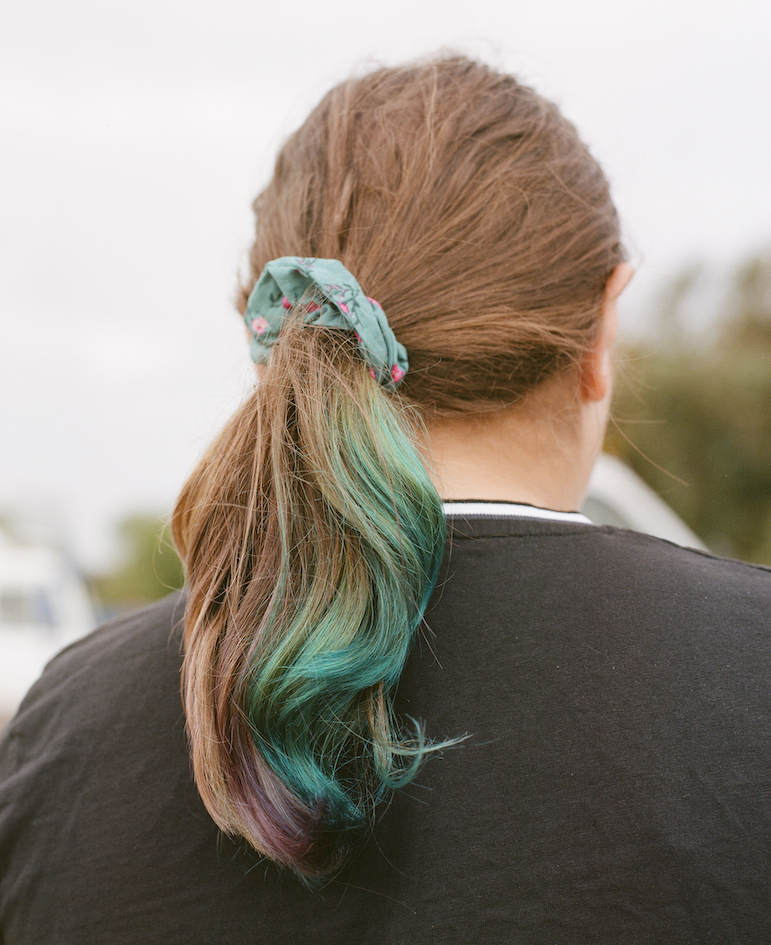 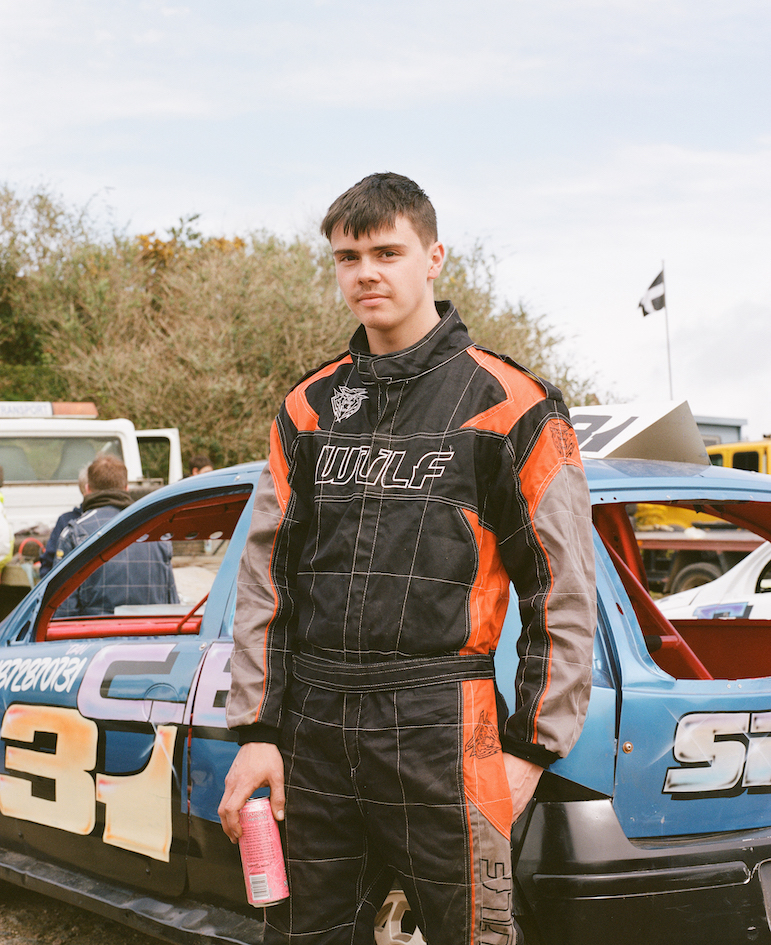 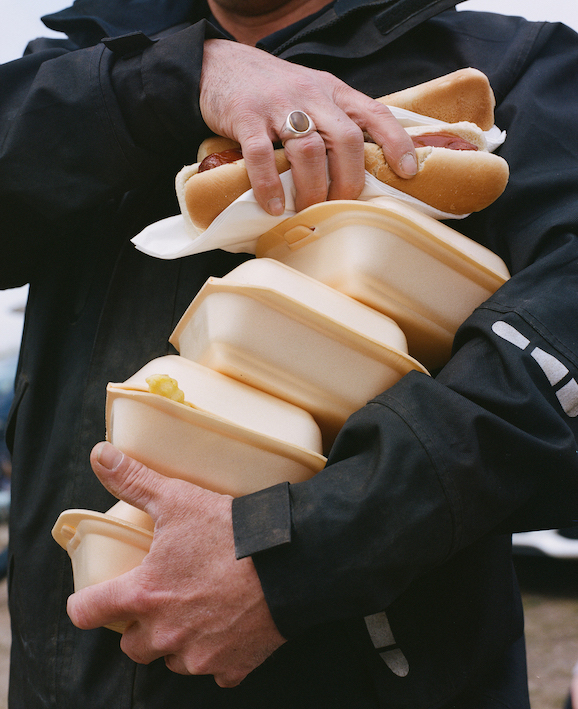 The Last Raceway is published by Guest Editions.

Linkedin
OTHER ARTICLES
Following the release of his debut single, Deyaz talks battling addiction, dealing with his struggles through music, and building a budding music career from his living room.
Photographer Becky Tyrell went down to the fading banger and stock raceway to meet a community desperate to keep it alive.
A new law change is enabling Britain’s donor-conceived children to know the truth about their origins – but campaigners say the fertility industry must do more to protect people.
After fleeing the war in Ukraine, people are finding it impossible to secure affordable and decent housing in the UK.
A new film from Berghaus traces the story of Adam Raja, who left behind a turbulent upbringing to discover the healing power of climbing.
Filmmaker Laura Poitras discusses her new documentary which traces the remarkable life of the artist-activist and the impact of her battle against the US opioid crisis.