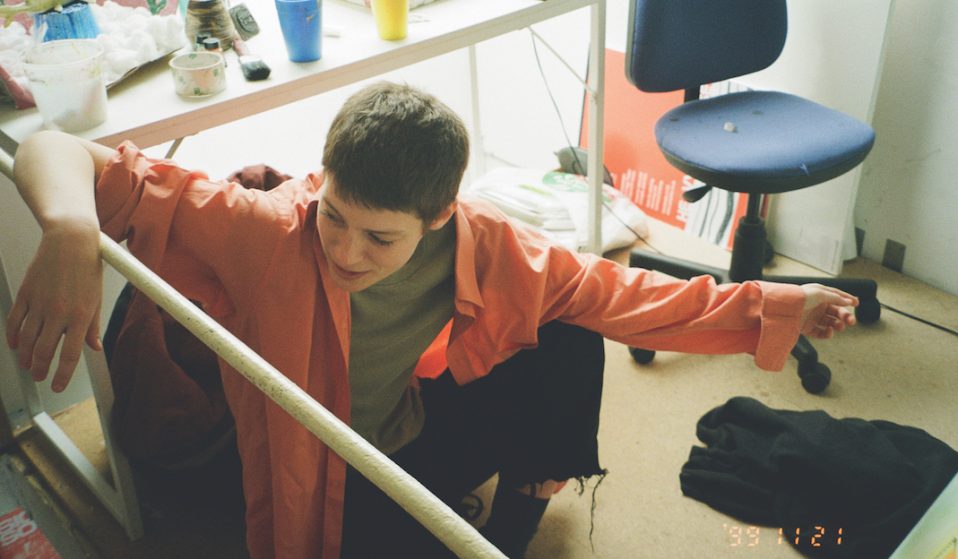 We catch up with Dana Margolin in her London studio to connect the dots between music, painting and her relationship with the city.

In this series, we interview people in – and about – spaces personal to them. For the latest instalment, we catch up with the singer in her London studio to connect the dots between music, painting and her relationship with the city.

In a city like London, it can feel overwhelming to just stop and be still for a second.

Disengage from autopilot mode, look around, and you’ll find the city rushes with a breathless quality. It reminds you of the sheer scale of the place, of your own personal relative insignificance. For many people, it can be too much. But Dana Margolin draws energy from it.

“I keep coming back to this idea that when you live in a city, or anywhere that’s occupied by loads of people, everything you see is touched by someone else,” says the Porridge Radio frontwoman, sitting on the floor of her small mezzanine studio in North London.

“Everything is there because somebody – maybe absent-mindedly, maybe not – has put it there. Every single thing is a result of somebody else living in the same space. So you’re constantly surrounded by everybody else’s thoughts and feelings and actions. At the moment, I’m just really obsessed with that idea. I can’t stop thinking about it.”

The studio is small and compact, squeezed into the rafters above a wider space Margolin shares with two others. There are two desks, bookcases stuffed with trinkets and paraphernalia, as well as stacks of canvases – a nod to the painting that occupies most of her time here. Outside, cars whizz past on the high street as litter slowly drifts along the pavement, powered by gusts of wind. Below, trains run in both directions, ferrying commuters further into the city or out towards its edges. 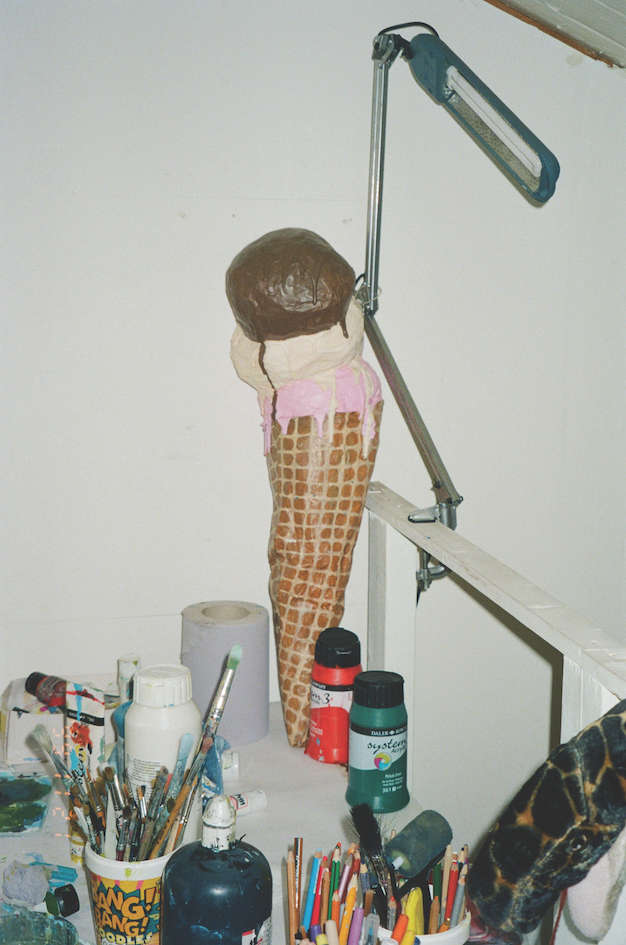 Dana grew up in the suburbs of Northwest London, before moving to Brighton at age 19 to attend university. “[Porridge Radio bandmates] Sam and Maddie still live in Brighton and they find London really oppressive – and it can be. But, maybe because I grew up here, I am really fascinated by the people and things.”

Porridge Radio formed in Brighton, back in 2015. The city’s beaches, lanes and expansive horizons are woven into the band’s early work, and partly served as inspiration for the band’s Mercury-nominated 2020 album Ever Bad. Two years on, Margolin is back in her native London in a reflective mood. “When I lived in Brighton I was like, ‘I hate London. I could never live there, it’s too busy and dirty.’ But now I’m back, I love how busy and dirty it is. I find it exciting.”

Dana continues talking as she pulls through paintings and picture books, pausing only to take bites of a sandwich she’s procured from deep in her bag. Behind her, toys and sculptures crowd the shelves of a bookcase. “I find the way you can see the imprint people leave on the world here exciting. It’s that idea of collective consciousness or experience – everything affects everything else. When I walk down the street, if some of the pavement is uneven, that’s the result of so many different people. So many really tiny actions. It’s so important to the artistic process to be among it all.” 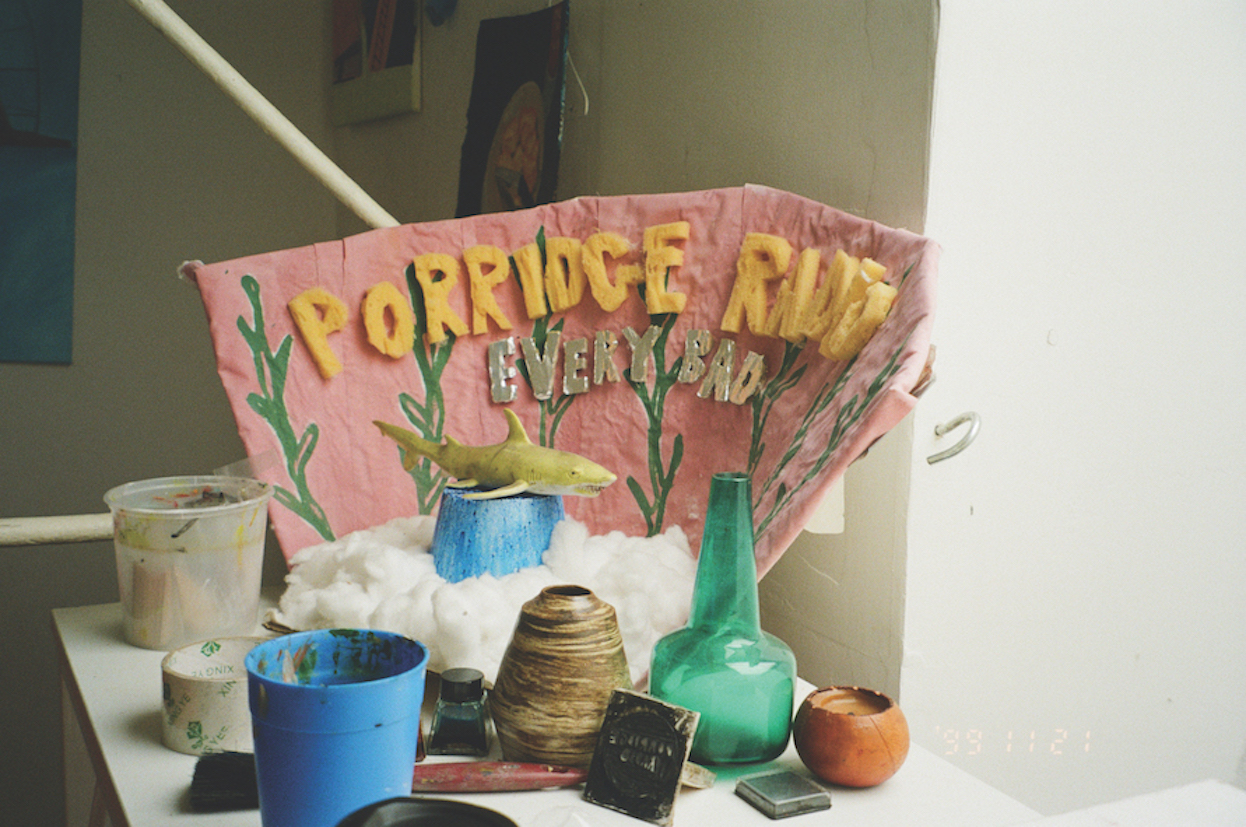 In this sense, London’s vastness is a source of inspiration for Dana, even though it can sometimes feel exhausting. It’s a similar case when it comes to performing live. “The performing and socialising bit of what I do is the hardest part for me,” she says. “It’s the part that comes least naturally, but I really love it. I really enjoy it and none of the art would exist if it wasn’t in relation to other people. I only understand myself if I understand myself as a mirror to what’s going on around me – and the relationships that I’m having.”

In her younger years, Dana didn’t fully appreciate how draining this could be. The sleepless nights that come with being on tour still take their toll, but she’s more conscious of it now. “Last week, we were on tour and I couldn’t sleep for days. Then I ended up getting really depressed because it’s hard to remember to look after myself and not end up spiralling when I have no control over how much space and rest I get.”

It’s in her small studio that she makes up that deficit. She’s often here at night, meaning she rarely crosses over with the creatives she cohabits with. This gives her the freedom she so often craves – to make art without judgement. “This is the bit that I love,” she says. “Where you just get to sit down and reflect on things, and then make something. Anything. I love to come here and make something, even if it’s bad. It’s really important to me.” 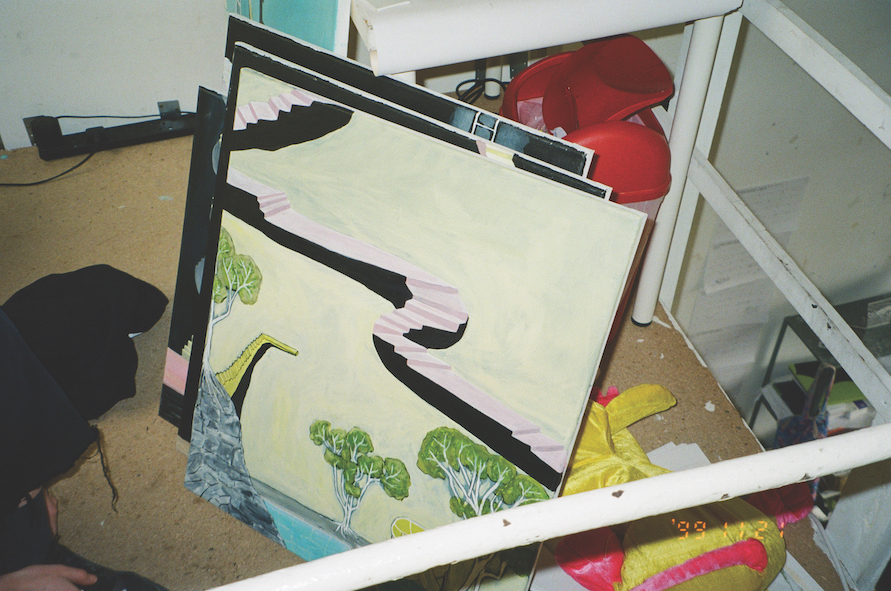 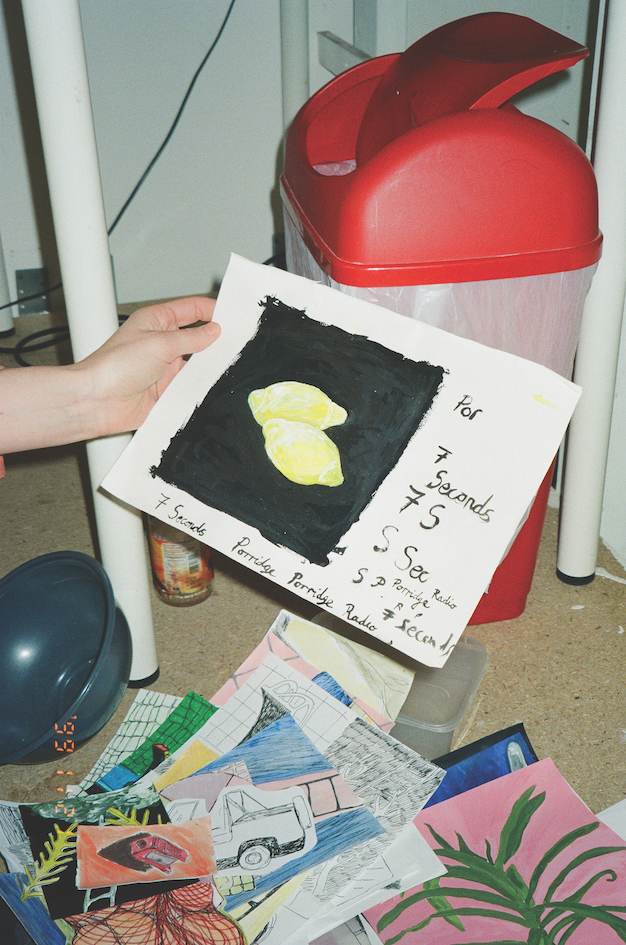 Some days she’ll just sit and scroll through texts or listen to a podcast. There are others where she’ll come for a cry. But there are also times where she’ll sit and paint for hours, blocking out the busy street outside. It’s here that she processes the blur of London, taking time to comprehend the connections she finds so much joy in, and then transferring those thoughts onto the canvas. All of this informs the music Dana makes with Porridge Radio.

“I go through phases,” she notes, gazing at a stack of paintings propped up on the studio floor. “This phase is ‘Diving Boards, Slides and Ladders.’” It’s from this stack that the artwork for the new Porridge Radio album – aptly named Waterslide, Diving Board, Ladder to the Sky – is drawn.

Fittingly, the artwork for previous album Ever Bad – a bed of snakes reaching up to a big green sun – is pinned to the wall next to us. Nearby is a diorama, which featured in the video for February single ‘Back To The Radio’, directed by Dana’s sister Ellie. 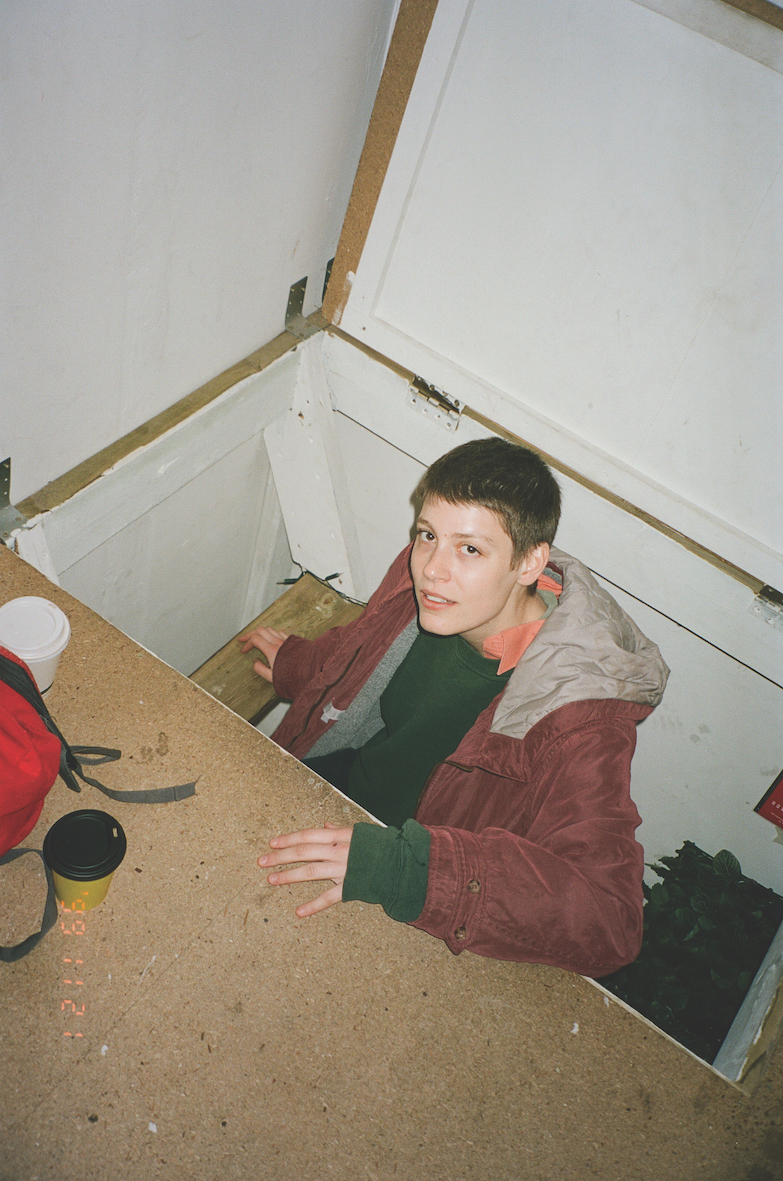 The track forms the lead single from the new album and, despite being written two years ago (before Dana had this studio), its rising crescendo speaks directly to it. At the song’s climax, she repeatedly belts out the words, “Lock all the windows and shut all the doors, and get into the house and lie down on the cold, hard floor.” It’s an ode to getting away from everything; an ode to sanctuary.

Sitting in the studio, you begin to fully appreciate the connection between this space, the art and the music. It’s all interlinked. Every small movement here reflects every larger move the band makes. But for Dana, none of that would be possible without the interactions she has navigating the city in which she lives and works – on the tube, in dingy clubs, amid the rush-hour bustle of the streets. It’s only once we halt for a moment, in quiet, personal spaces like the studio Dana and I are in right now, that we get the time to appreciate it.

Waterslide, Diving Board, Ladder to the Sky is out now on Secretly Canadian.

Linkedin
OTHER ARTICLES
Through stills, anecdotes and film criticism, a new book examines the portrayal of women’s destructive emotions, reframing it as a challenge to patriarchal structures.
Ireland’s national sports are modernising. At the forefront of this movement is Na Gaeil Aeracha, the country’s first ever queer GAA club.
Proponents of personality tests argue that they’re necessary to find the best person for the job – but in practise, they’re often discriminatory.
Max Miechowski reflects on documenting land that is being lost to the sea – and the people who live life on the edge.
A campaign seeking to prevent future injustices where there is state involvement is gaining momentum, with Labour recently pledging its support.
Hackney Bumps is a DIY sanctuary in the heart of East London, home to a thriving diverse community of skateboarders – and beyond.