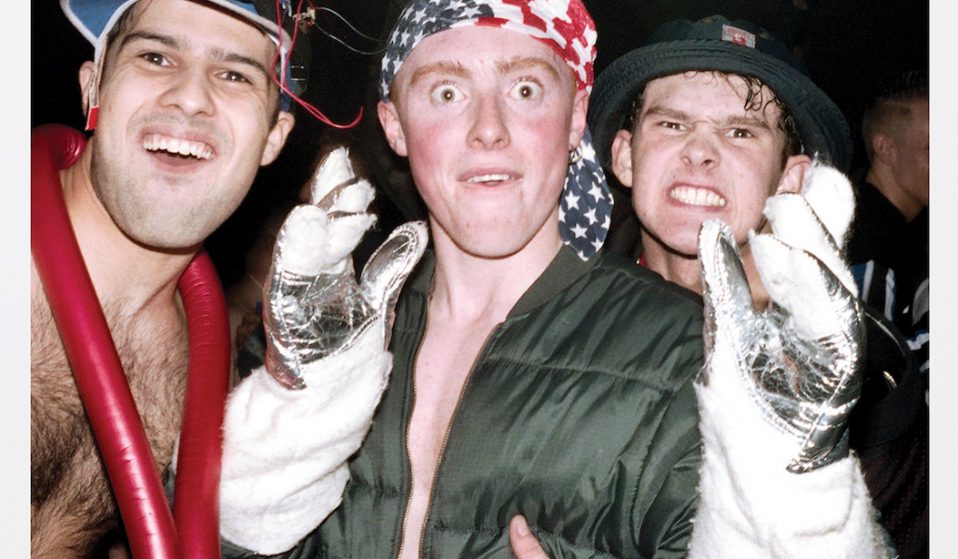 British photographer Steve Lazarides’s new book, Rave Captured, is a snapshot of defiant fun after a time of economic turmoil.

British photographer Steve Lazarides’s new book, Rave Captured, is a snapshot of defiant fun after a time of economic turmoil.

When Steve Lazaridez began taking portraits of people dancing in the UK’s first illegal raves, he couldn’t predict how people would react. “He went from this kind of vitriolic, spitting in your face, ‘fuck off or I’ll kill you,’” recalls the British-Greek Cypriot publisher, photographer, collector and curator, of the time he unknowingly asked a man who had just come out of prison whether he could take his picture. “Then, 10 minutes later he came back and said, ‘right, my pill’s kicked in, you can come and take my picture if you want.’”

It was around 1992 and Lazarides was a 22-year-old photography student at Newcastle Polytechnic. With a budget that stretched to just one roll of film a night, he decided he wanted to capture the emergence of the enigmatic UK rave scene. Now, 30 years on, these photos are collected in a new book titled Rave Captured. 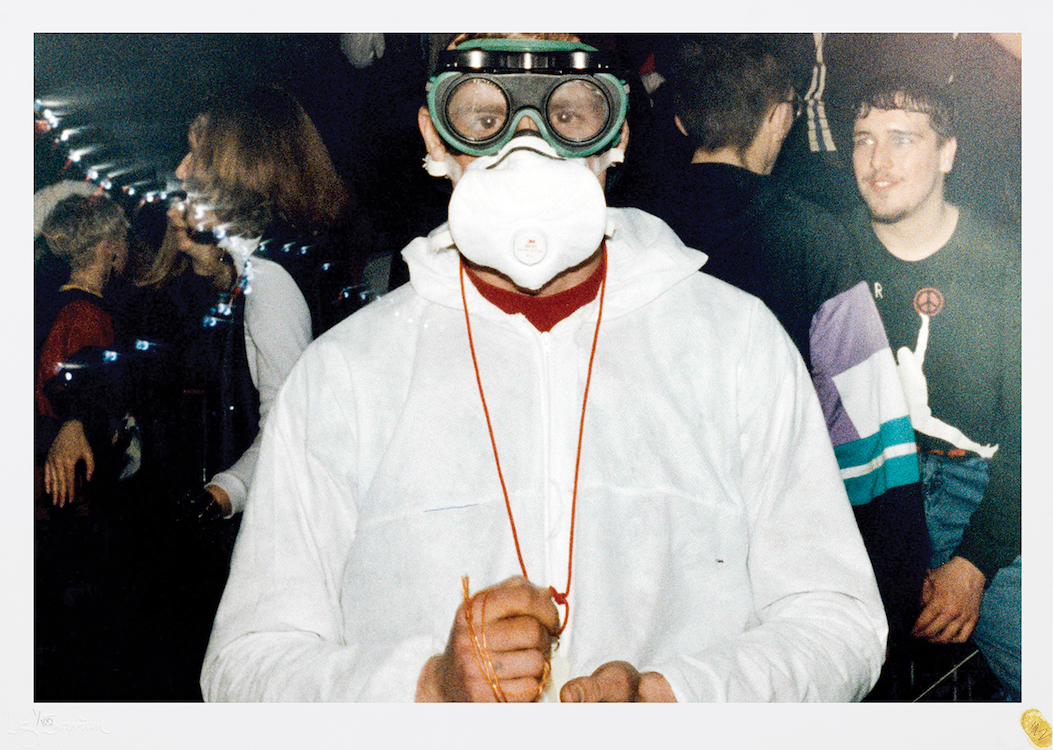 Lazarides says that rave culture was never exactly his scene, but he’d wanted to show a different side to how it was being portrayed by the fear-mongering press. For Lazarides, the scene was more than what he calls in the book “a simmering pot of depravity,” but a place where people went to express their freedom. “It was the mass lawlessness that appealed to me,” he tells Huck. “I’ve never been one for rules and regulations at the best of times and, to be there, seeing everybody breaking it on a mass level, was quite something.”

As someone with bipolar and ADHD, both undiagnosed until his mid-40s, Lazradies has always been attracted to subcultures. First, it was graffiti, then skateboarding. Then, he tells Huck, “While I was at college, the Bristol scene sort of unfolded in front of my very eyes – I still kick myself to this day for having never taken a single picture of it.”

Still, he felt like an outsider to the rave scene. “It was a privilege to be granted access because, as with most subcultures, the only pictures that really count are the ones that tend to be taken by people that are already immersed in something.” 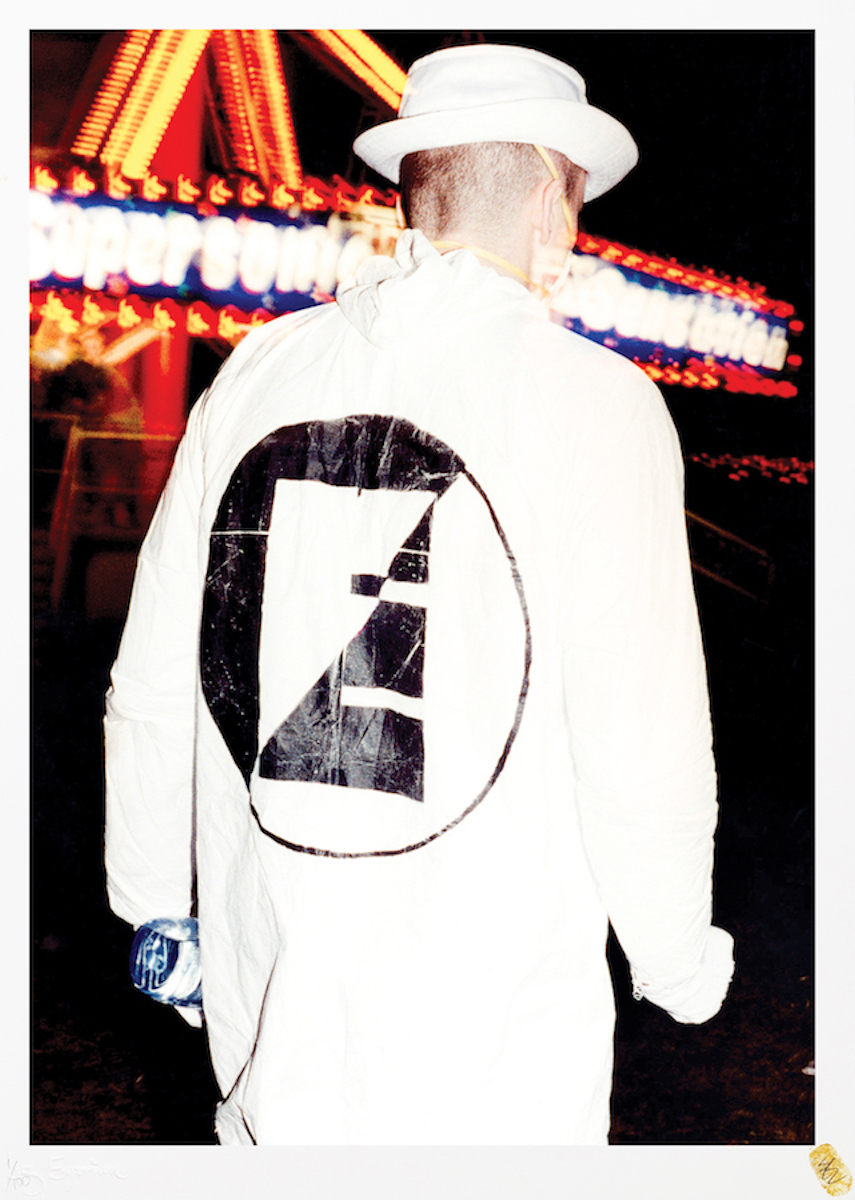 Despite a  certain wariness of cameras from within the subculture, mostly due to the demonising press reports and a lack of non-press photographers around at the time, Lazarides began to gain people’s trust: “I’d go to the rave and I suddenly started seeing some of the same characters there, so there was a little bit of camaraderie.”

It’s this trust, he believes, that allowed him to take such authentic portraits – and that’s why he’d always asks permission before taking a photograph. “When you take a good portrait, it does have a bit of someone’s soul in it,” he says. “You get some feeling for who the person is, and that’s a big ask. That’s why I maintain, if you haven’t got the bollocks to ask someone if you can take their photograph, you don’t have the right to take it.”

It wasn’t easy – for every ‘yes’, he recalls, he would get about five “fuck off or I’ll kill you’s”. But, he says, you need to spend time with the people you’re photographing. “You can still get those off-key portraits,” he says, “You’ve just got to put the time and effort in.” 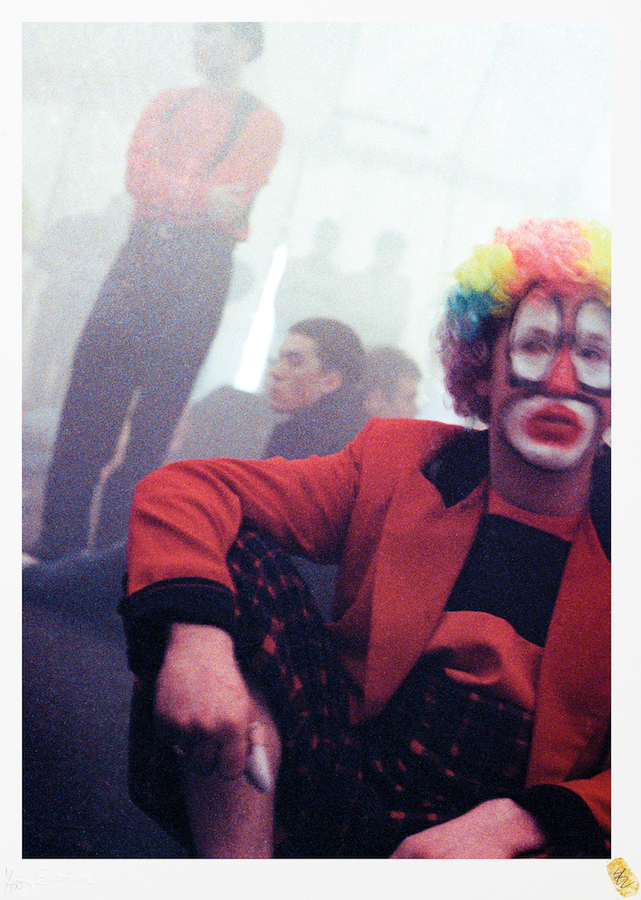 The rave scene erupted out of the ruins of Thatcher’s Britain which, especially in the North East, had decimated industry. “Suddenly, you’re watching a society trying to repair the wounds of a fucking lunatic,” Lazarides says. “And people just wanted to step out and fucking party.”

He continues: “You can only feel glum for so long, before you have to slap on your war paint and your armour and go and live life.

“It was us against the state; It was a big fuck you to the press and society, without it really being about that. People weren’t doing it as a mass protest, they were doing it because they wanted to have a good time again…But I’ll tell you what, it didn’t feel like we were losing.” 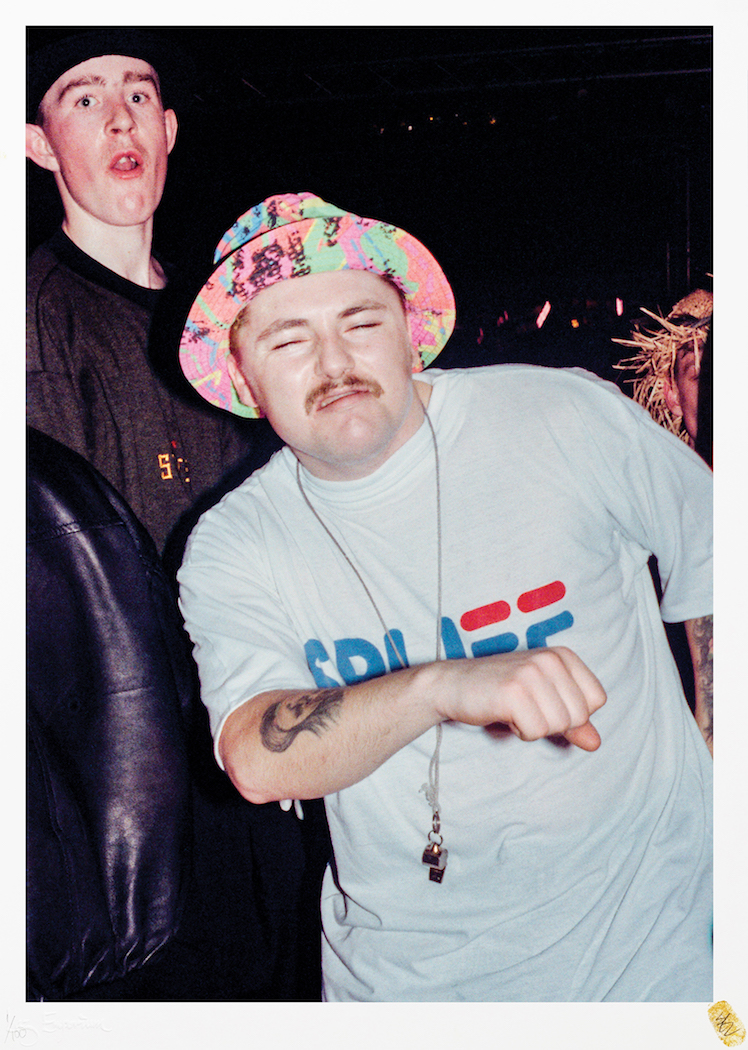 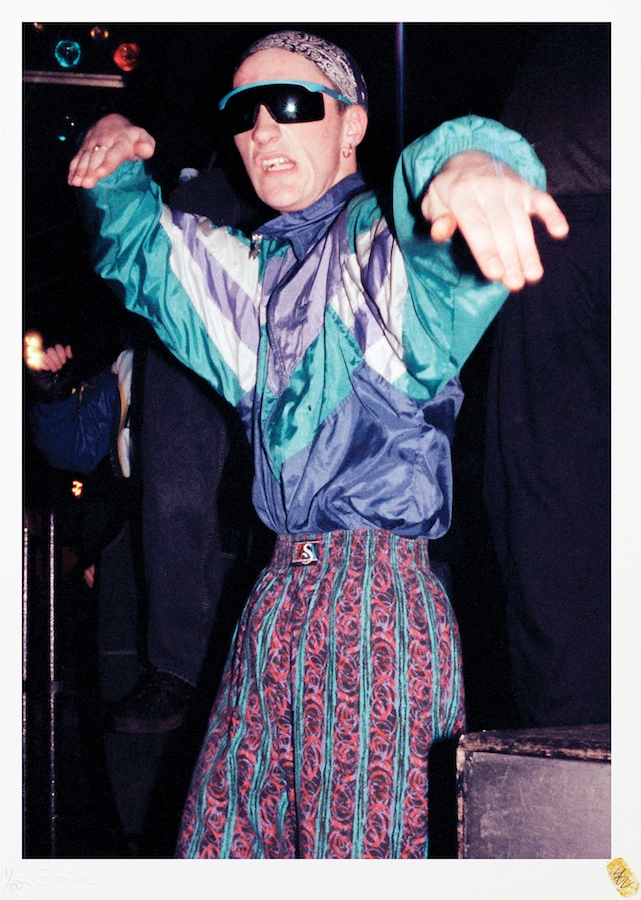 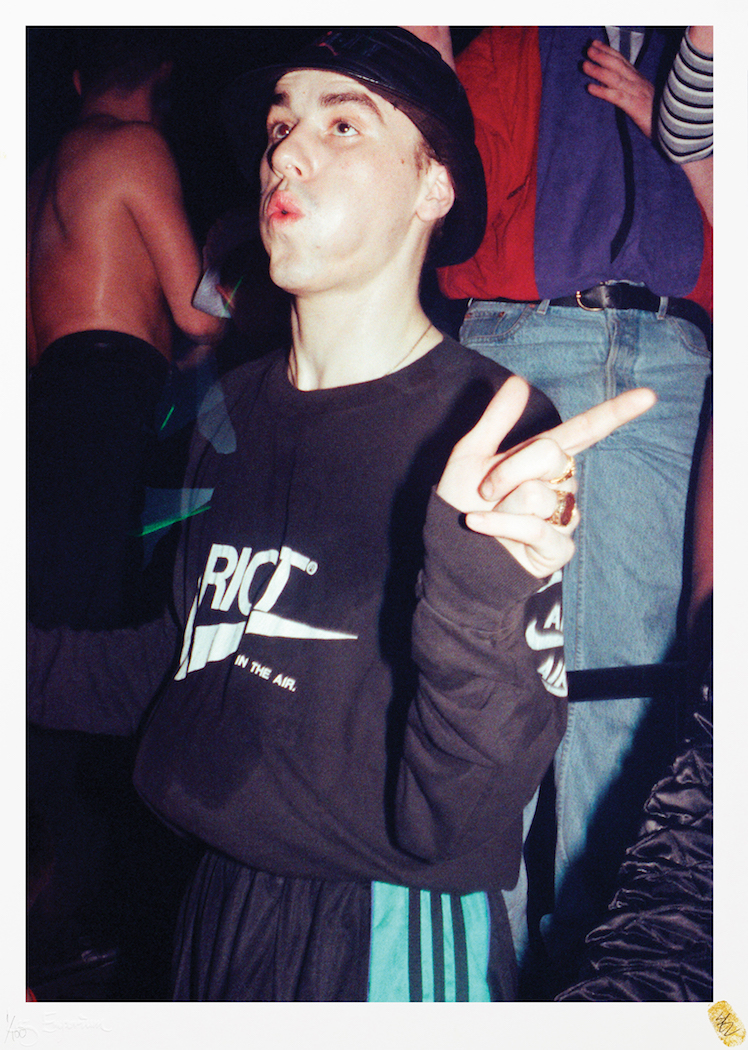 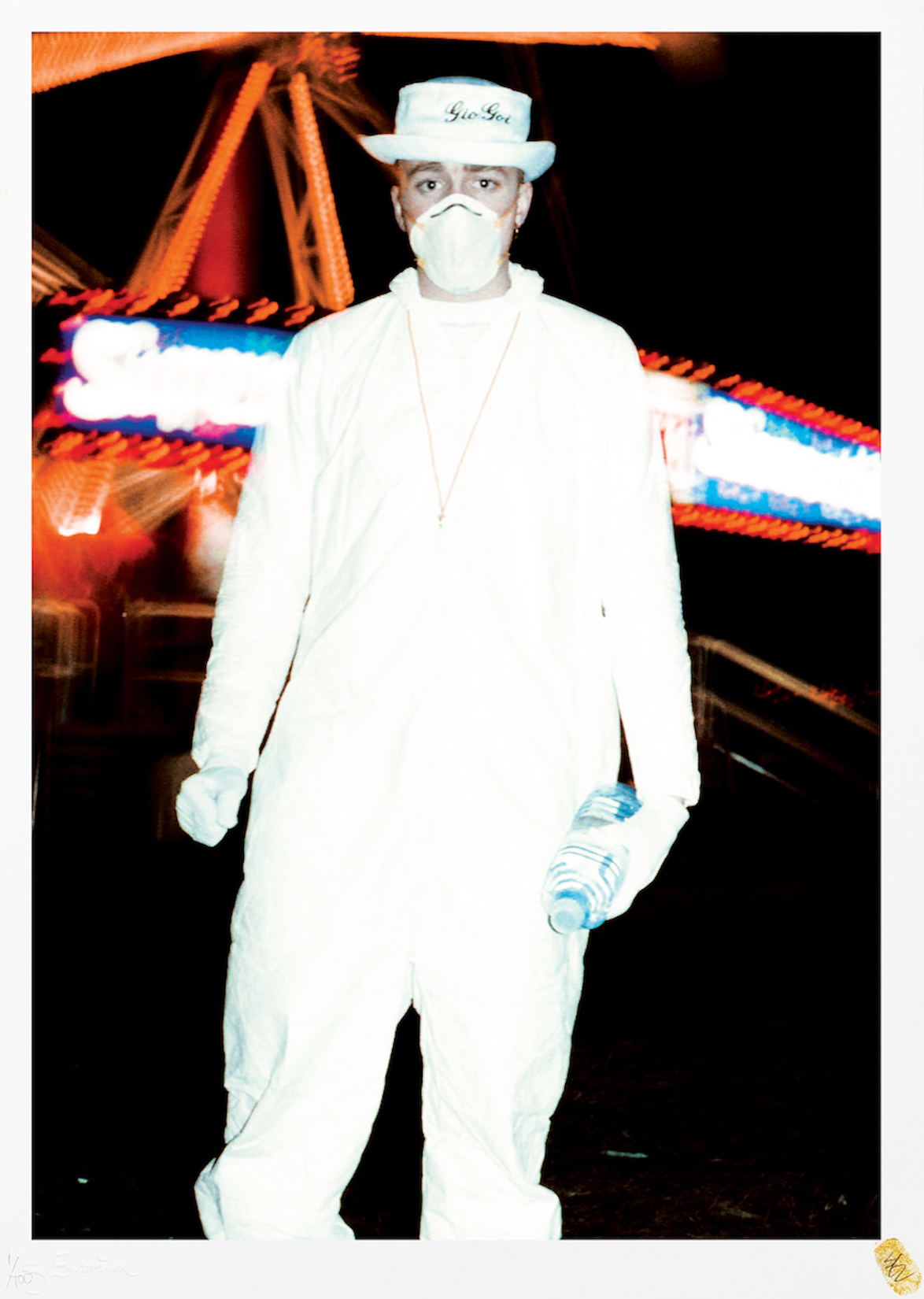 Linkedin
RELATED ARTICLES
OTHER ARTICLES
A new edition of a seminal book brings together iconic images of the band onstage in their full glory and backstage in moments of unguarded camaraderie.
Writers Gracie Mae Bradley and Luke de Noronha take on the callousness of borders, arguing for a world beyond them.
The author discusses the all-consuming nature of heartbreak, and turning the experience into an incisive exploration of love and loss.
In her new book, the author explores the country’s housing crisis in human terms and calls for radical action to address a broken system.
Proposals to introduce a minimum GCSE threshold for student loans will disproportionately affect those from marginalised backgrounds.
Over the years, a swimming hole in a city park has evolved into a magnetic meeting place for Philadelphians – a hideaway where people can connect with the natural landscape, and each other.