Art & Culture / A post-mortem on Big Brother, one of skateboarding’s most influential magazines 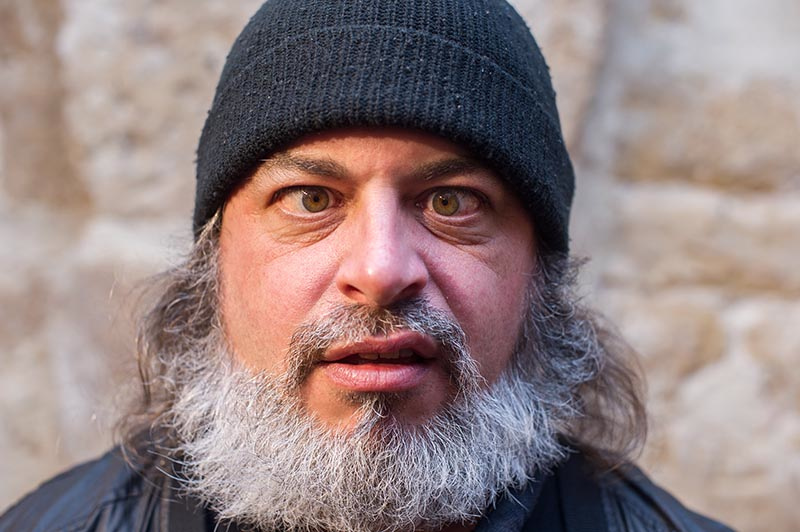 New collab with DC brings Big Brother back from the dead.

In Crap, Big Brother Magazine’s final video, there’s a segment filmed in Colombia – a chaotic, blurry, zoomed-in shot – where a hoard of kids at a skate competition almost break out into a riot. I ask Dave Carnie, one of Big Brother’s former editors, about it. “Dimitry [Elyashkevich] was there and something really innocuous happened  – it was a sticker toss – I don’t remember what company they were touring with, but it was just a normal company product toss, and one of the cops didn’t know what was going on, and started firing his fucking rifle in the air.” 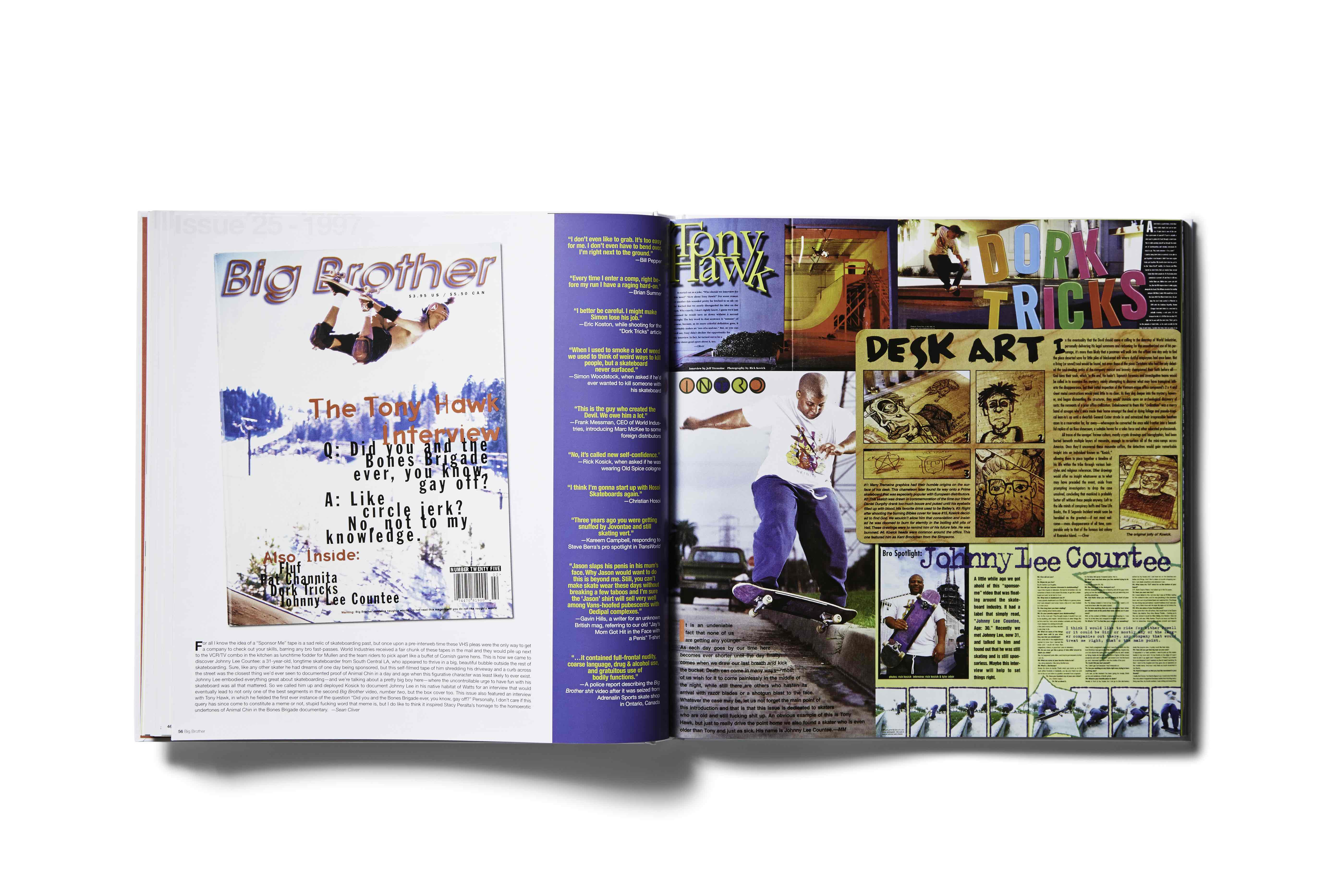 A product toss that turns into mayhem is a pretty good place to start with Big Brother. For 12 years this iconic California skate magazine was a muck of crude pranks, strange fetishes and keen street skating of the ’90s and early 2000s. Big Brother was funny. Really funny. It would go on to spawn Jackass, and with contributors like Jeff Tremaine, Chris Nieratko, Earl Parker, and Mark Mckee, helped to inject a dose of libido and aggression into the bored and sanitised skate culture that dominated vert skating. “Big Brother never had a proper funeral. It committed suicide, or Larry Flynt stabbed it in the back and it died. We never really got to do a last issue,” says Carnie. 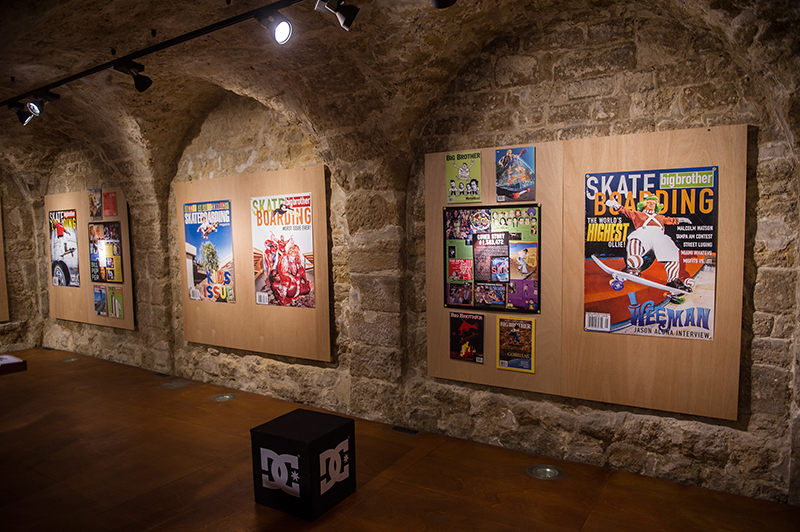 We’re talking in a courtyard at the Paris launch event for the DCxBig Brother collaboration. DC was an early advertiser in Big Brother, and together they’ve produced a video, a coffee table book, some shirts, stickers, and, la piece de resistance, Carnie’s monstrosity of a pro shoe, brought to life like a perverted game of Jumanji.

Sean Cliver is a Big Brother vet who’s also responsible for some of the most influential and disquieting deck graphics skateboarding has seen. “That was the big surprise from the project” says Cliver, sipping cheap wine DC bought for the launch. “I never thought they’d go the distance that they did with that shoe. Although they’re pussies for not actually producing it and selling it.” 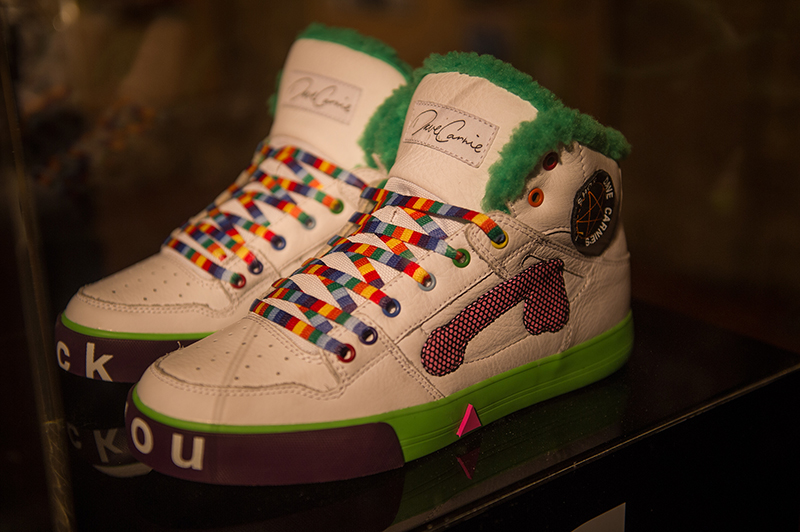 The shoe is on display in the basement of the DC Paris Hub in a well-illuminated glass case: lime green Sherpa wool, rainbow laces, ‘Fuck’ and ‘You’ each on one foot, and a crudely drawn penis flashed on the side. The run has been limited to a few pairs. “The thing with dicks is that it can be tricky – the NPPA [National Press Photographers Association] has certain rules about dicks,” says Cliver. “You can never show an erect penis, and it can never be used as a tool or a weapon – those are the exact words that they use.” Carnie continues: “We were just big fans of full frontal nudity. Especially male full frontal nudity, because, well, it gets a rise out of people.” 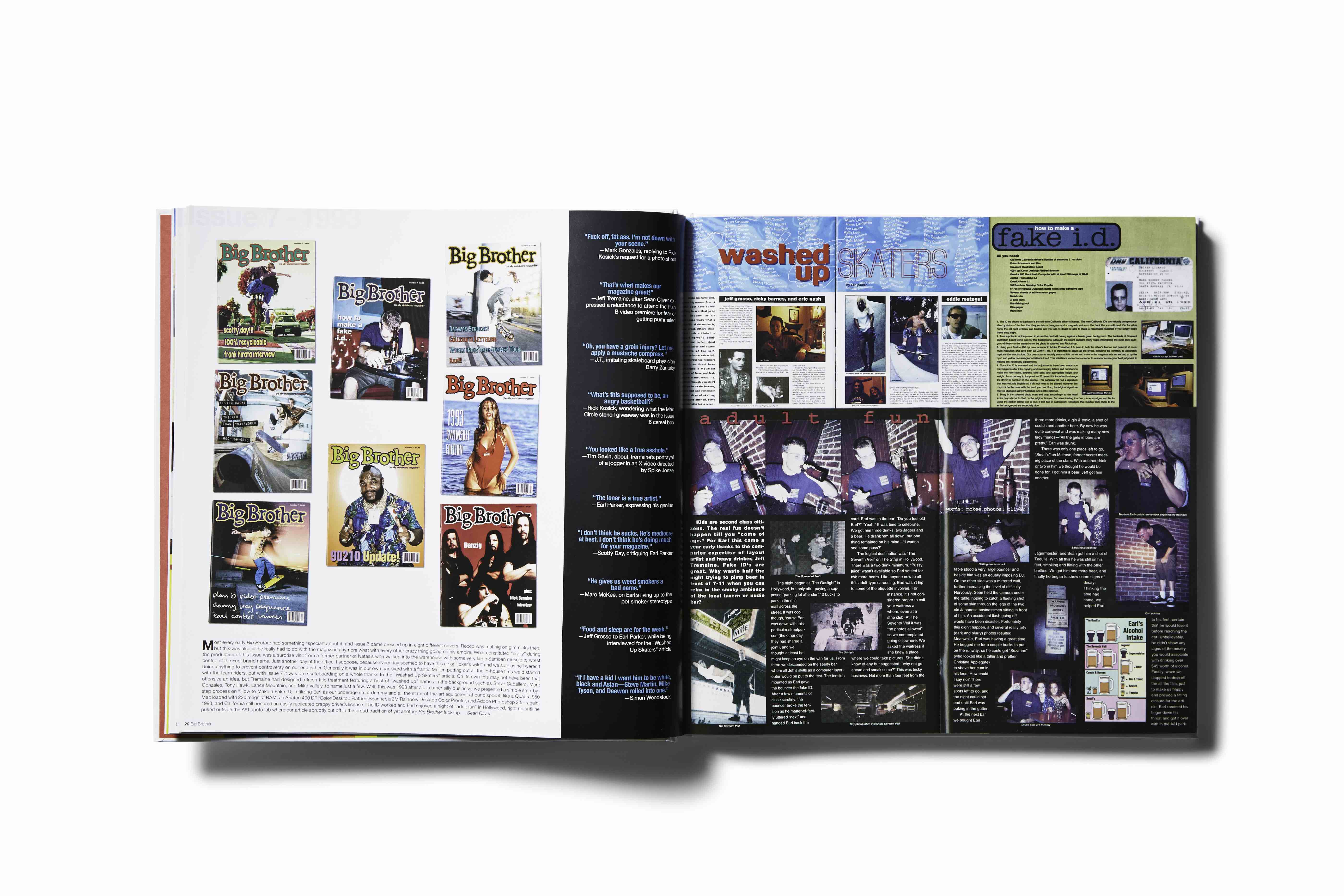 Their relationship with mainstream skate culture wasn’t much better. Story goes that Steve Rocco had started the magazine in a rage against Transworld when they refused to run one of his World Industries ads. Slapped together with low-quality shots and profiles of strange drifters, it was like Big Brother grappled with skateboarding’s corporate shift. “The shoe aspect was an interesting part. We watched that happen in skateboarding, the companies come and go,” says Carnie. 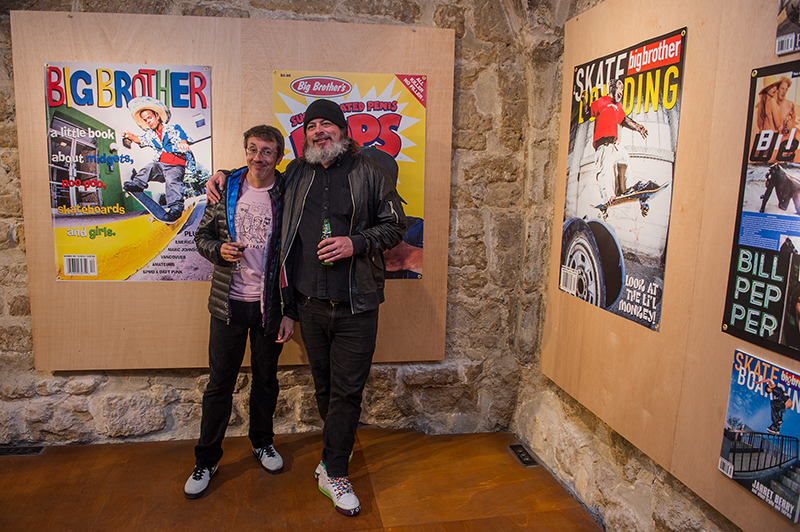 “Part of this whole [DC] project is doing a shoe – so we can talk about sneaker stuff… because people like sneakers for some fucking reason… The reason why we did that shoe – my pro model shoe – was because the skate industry just decided at that point that signature shoes would be a thing.” “The market was just flooded with these weird…well all the major companies made signature shoes, and that’s when the real money started coming in: when having a board sponsor didn’t really matter any more, but a shoe sponsor on the other hand – that was a big deal. So we recognised that and that’s when we did the shoe issue and did my fucking stupid shoe, because that’s how it looked to us – so fucking ridiculous. Companies were created just to make a shoe… so many fucking weird companies.”

Cliver did a series on skateboarding trade shows for early issues of the magazine. “Trade shows are weird in general. It was just one of those industry events. They’re weird. I remember we went one year, shooting photos of random things we thought were funny. And these guys dragged me to security and tried to get my camera taken away, because we had taken photos of their products… their crappy raver t-shirts.” World Industries managed to smuggle in kegs and operate a gambling ring in the backroom, Carnie adds. 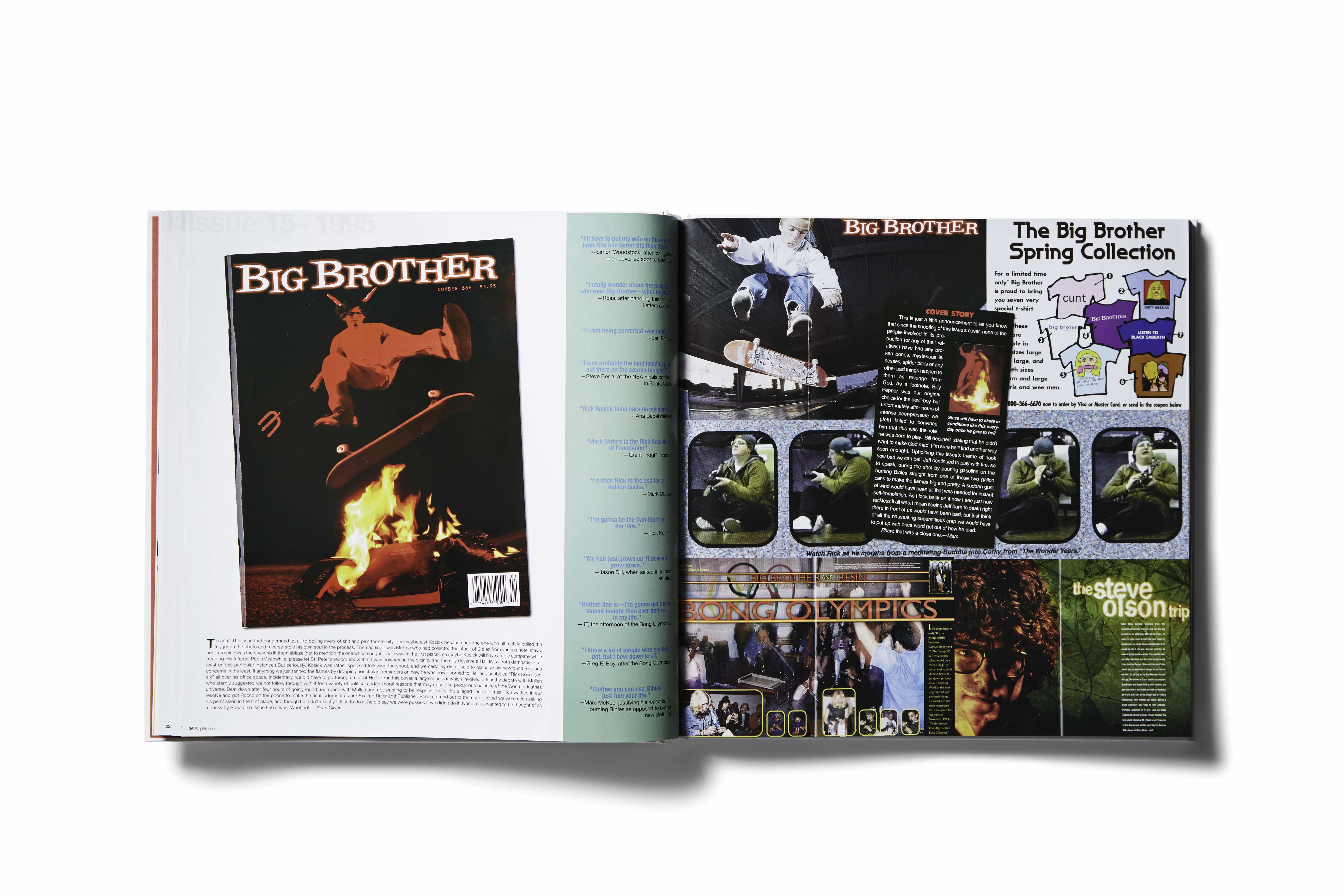 Big Brother headquarters – located in the Larry Flynt Productions building – had a charm of its own. The Yuppie dream of smelly Google campus bean-bag chairs, microbrewery rat piss after-work beers, a tech startup ping pong table was a far cry from Big Brother’s druggy-haven. “We had a room [Chris] Pontius could jerk off in,” says Cliver. Pontius would take a skin magazine into the room every morning. “He was trying to stick a whole magazine together page by page, it was gross. He made it about halfway through, and that was filthy enough.”

When handheld video-cameras became an affordable option for the mag, they spliced together skating, weird encounters, and self-destructive pranks. “I think it’s funny that Big Brother started on the forefront of street skating,” says Carnie. “We were way ahead in terms of skill, and talent and technology, while Transworld and Thrasher still had one foot in the ’80s, we were showing all this new shit. It didn’t take long for them to figure out what was cool and then surpass us.” Larry Flynt Productions trashed Big Brother in 2004, the same year Facebook started.

There was a fan-run message board for the site, but Big Brother never bothered to publish online. Another sign of the times were Cliver’s recurring articles about the TV show 90210, which honestly is maybe the most perplexing part of the magazine for me (“I loved it. the magazine was just what we wanted to put in. we didn’t really care about anything else. I was an avid watcher, it was the life I never had.”).

And If Big Brother were found in a time capsule 200 years from now – what would they want the future-humans to find? There’s no hesitation from Carnie: “Full frontal male nudity.”

Linkedin
RELATED ARTICLES
OTHER ARTICLES
Tristan O’Neill’s shots of dancers caught in moments of reverie at the height of rave’s golden age are a testament to the UK’s legendary club culture.
Social prescribing connects people with non-medical support to improve their health and wellbeing – but some experts worry it’s just a stick plaster solution.
A new podcast is opening up the conversation between trans women and trans amorous men in the hope of building coalitions.
Photographer Sean Maung reflects on documenting a small town in Pennsylvania afflicted by high levels of unemployment, poverty, violence, crime, and addiction.
Following the release of his debut single, Deyaz talks battling addiction, dealing with his struggles through music, and building a budding music career from his living room.
As she gears up for the release of her first book, the 24-year-old climate activist talks standing up to authority and building a more inclusive movement.