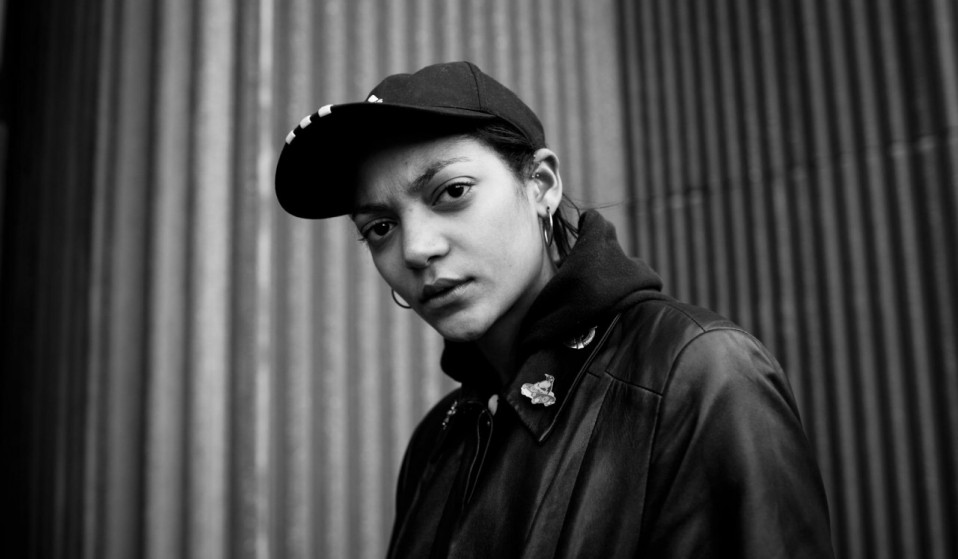 Model Donnika Anderson explains how she found liberation in modelling and how fashion is slowly untangling its deep-rooted issues.

Fashion is, as we all know, a pretty shallow industry. But that doesn’t mean it has to be that way. Model Donnika Anderson explains how she found liberation in modelling and how fashion is slowly untangling its deep-rooted issues.

In many ways, Donnika Anderson represents everything about young London. It’s no surprise, then, that she’s one of the rising stars among a new generation of the capital’s fashion kids. But maybe one of the secrets to her success is her reluctance to define herself as just another model.

“I’m always quite apprehensive about using the term ‘model’ because I feel like it can be quite limiting,” she explains. Instead, Donnika prefers to go by ‘creative director’ – having branched out into styling, directing and writing a book. This is something that her modelling agency, Anti Agency, wholeheartedly encourage. (the clue is in the name.)

Starting her career at with a shoot for London College of Fashion at the sweet age of sixteen and then onto Model Mayhem, a portfolio website for aspiring models, Donnika’s beginnings were humble and relatively unglamorous.

Since her success has skyrocketed, Donnika has worked with i-D, Meadham Kirchoff and Sadie Williams, but her new-found fame has only widened her perspective on being a black woman in a predominantly white industy.

We caught up with Donnika to find out the barriers she’s overcome and why she’s not jaded by the fashion industry.

You started on Model Mayhem which is really a testament to your success on social media. Could you do what you do now in a pre-internet age?
I don’t think I could. Instagram shows who you are, and your interests. I do a lot of shoots with people who shoot you because of your personality. Instagram has definitely helped with that. It also helps with finding new people to work with.

Who do you think has more power in the fashion industry – women or men?
I often think about this… and I think women do. Obviously, there are a lot of big male designers, but quite a lot of designers are female and I’ve worked with more women than men.

But a lot of fashion images are generated for the male gaze. There’s a lot of over-sexualisation – but I don’t always think that’s a bad thing. I think now it’s more about women reclaiming their sexuality. 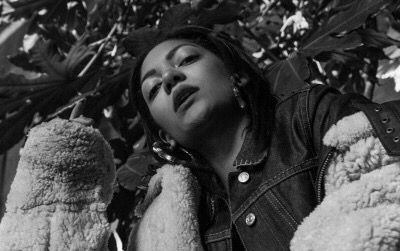 Has it been difficult to maintain certain morals or principles when working as a model? How have you managed to maintain them?
I’m quite a free person anyway, but it was mainly a problem with topless stuff – my parents are really strict Christians so never wanted me to do anything topless or nude. I ended up doing it anyway – they found out later and got really angry about it. But for me, it’s about claiming my own sexuality without someone making me do something I didn’t want to do, and I think a lot of girls in the industry feel that.

On shoots and at shows, the hard thing is you’re always in such a rush, and there’s often no private changing space. I kind of felt that if I was going to get changed in front of everyone, I might as well do topless shoots and things, really. It depends on what the photograph is for and how it is taken. It’s more important why they’re taking the photograph because I think there are a lot of pointless nudes too.

How do you feel about cultural appropriation in fashion – especially when it comes to white girls slicking down their edges, etc?
I think it’s a difficult subject. Everyone takes influence from different places and I don’t think that should be made an issue out of. The only issue is when it’s promoted as originating from a different culture, or they would rather do braids on a white girl than a black girl, for example, I think that’s problematic.

Leomie Anderson has spoken out in recent months about makeup and hair issues as a black model – is this something you’ve ever experienced?
Yeah, 100%, with my hair texture. I used to have it relaxed (chemically straightened), but I haven’t done that in a long time. I never know whether to go to the shoot with it just washed, because hairdressers will tell you to turn up with nothing in it, to just wash it and to not straighten it because they think that that will make their job harder.

But then I turn up with my natural hair, and they think, ‘Oh, we’ll just put some hairspray in it, fluff it up a bit…’ and then it looks crazy! They obviously don’t know what to do. But then when I don’t do that, there’s problems too. I went to a shoot the other day and the hairdresser kicked up a massive fuss, saying, ‘Oh my god, your hair looks greasy, we need to wash it,’ and I felt so embarrassed. It’s not fair when I’m trying to do my job.

Especially with black models, there’s an expectation of you and they try to fit you into a category. If I didn’t have afro hair, I wouldn’t get as many jobs. I think it’s a new thing that’s emerging to have more coloured models – they have a certain expectation that they want you to fit into. If you’re half way between [biracial], then they feel that it’s not making enough of a statement, which I feel needs to change – should they have to be making a statement at all? Too many people only use coloured models because they want to prove that they use multicultural people. I think they should choose people because of how they look in the clothes, or because you like their vibe.

Do you think fashion can be seen as a more inclusive space when it comes to LGBTQ people?
Yeah, I think it can. I think that there aren’t that many industries where people can be free. Fashion definitely expands expression. Because people are always trying to have something new, people celebrate differences instead of trying to be all the same. I think it’s nice that there is such an emphasis on gender fluidity at the moment. People are free to express who they feel they really are.

How do you maintain such a strong feminine voice in an industry that can be so superficial?
It’s about really knowing yourself and what you want. Being expressive and not being afraid to say what you want.

Linkedin
RELATED ARTICLES
OTHER ARTICLES
After building his reputation covering the US civil rights movement in the 1960s, the photographer went on to produce some of the most enduring images of the past century.
At his West Bank restaurant, Fadi Kattan established himself as the voice of modern Palestinian cuisine. Now, he’s bringing his innovative, bold flavours to the UK’s capital.
Photographer Sean Maung reflects on documenting a small town in Pennsylvania afflicted by high levels of unemployment, poverty, violence, crime, and addiction.
Filmmaker Laura Poitras discusses her new documentary which traces the remarkable life of the artist-activist and the impact of her battle against the US opioid crisis.
Tristan O’Neill’s shots of dancers caught in moments of reverie at the height of rave’s golden age are a testament to the UK’s legendary club culture.
Photographer Becky Tyrell went down to the fading banger and stock raceway to meet a community desperate to keep it alive.