Art & Culture / Has Primavera come up with the best festival line-up ever? 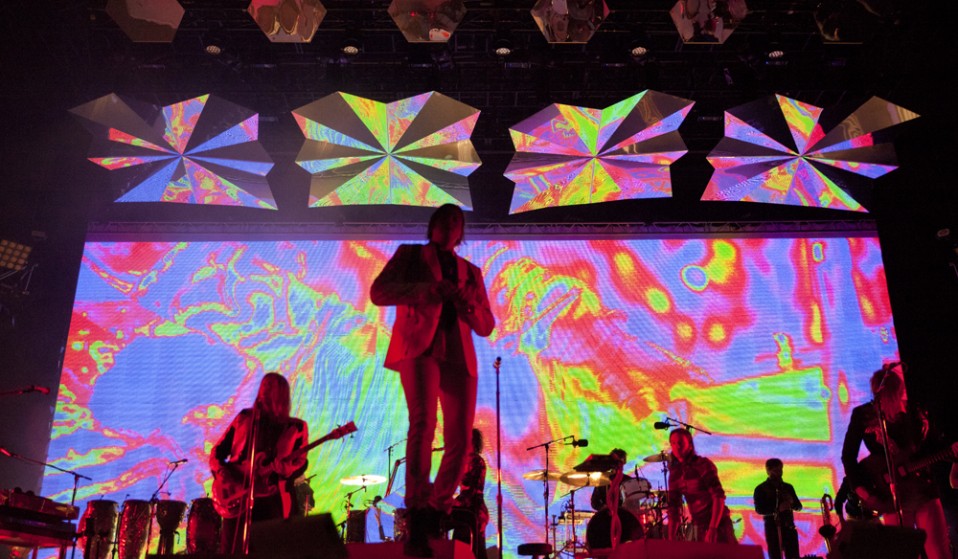 Primavera Sound turns 15 this year and to celebrate they’ve assembled an amazing line-up, including The Black Keys, Ride and The Strokes — to name just three. Here’s why you should book your flights now to Barcelona on May 25-31.

Patti Smith is celebrating the 40th anniversary of her seminal debut album Horses with a huge worldwide tour and the release of her as-yet untitled second book, the follow up to 2010’s Just Kids, which won the National Book Award for Nonfiction.

For a preview of what to expect, take a look at this iconic performance of ‘Horses’ and ‘Hey Joe’ from 1976.

The Black Keys continue their triumphant streak of festival headline spots since the release of their latest record Turn Blue, which has included Glastonbury and Latitude. Guaranteed to give a good show, the chemistry between singer/guitarist Dan Auerbach and drummer Patrick Carney is electric.

Take a look at this performance of ‘Fever’, the first single from Turn Blue, at Glastonbury 2014.

This brilliant Take Away show by La Blogothèque captures the essence of Foxygen’s wild, unrestrained spirit.

With a reputation for his raucous shows, Mac Demarco is sure to bring some surprises to Barcelona. Having recently been arrested on-stage for climbing stage equipment, let’s hope he doesn’t go too crazy.

Since the release of their second album II in February 2013, UMO have been touring almost constantly, with a worldwide run of sold-out dates continuing into this year with no sign of slowing down. Their must-see live shows have been described by Consequence of Sound as “an outpouring of raw, hot psych-rock.”

Here’s an idea of what to expect.

Despite only forming in 2013, Killer Mike and EI-P’s collaboration has already received huge critical acclaim. Pitchfork labelled the duo “a festival act from the start,, and said that their second album, RTJ2, “is a rare hip-hop record that sounds like it was created with live performance in mind.”

Reunited after an almost a decade away with new album No Cities to Love via grunge label Sub Pop, Sleater-Kinney’s riot grrrl rock is back with a vengeance. They haven’t lost any of their fire despite a 10-year hiatus – their decade apart has only served to bring them closer together.

Here they are performing their latest release, A New Wave, on The Late Show with David Letterman.

Despite most of the members having side projects (Julian Casablancas and the Voidz are also playing the festival), The Strokes are back together, with Primavera being their first announced festival date this year. They haven’t released any new material since 2013’s Comedown Machine, but rumour has it that they’re in the studio as we speak.

Here’s one of their past festival performances at T in the Park 2011.

The shoegazers are back. Since the band’s split in 1996, the members have all had other projects, most notably singer Andy Bell’s work in Beady Eye, who split recently. He said of the reunion: “It’s going to be really cool. As we were all still friends, we always thought when the time was right we’d do it. And now the time is right.”

Here’s their iconic performance at Glastonbury 1994.

Having seen Spiritualized myself, I can safely say they’re the perfect festival band. Since their return to live shows in 2009 following Jason Pierce’s life-threatening brush with pneumonia, the band’s space-rock sound has taken a more poppy turn, with 2012’s Hey Jane gaining almost universal critical acclaim.

Here’s a performance of Hey Jane live from the BBC’s Maida Vale Studios.

For information on Primavera Sound tickets go to www.primaverasound.es/entradas

Linkedin
RELATED ARTICLES
OTHER ARTICLES
As the Scottish government announces a rent freeze, an activist with Living Rent who fought and won shares how they did it, and what must come next.
In his 2008 series, the photographer pictured himself as Angela Davis, Martin Luther King Jr., Malcolm X, and other prominent figures.
A new project is documenting formerly incarcerated people as they transition back into civilian life.
By turning a real-life crisis into daytime television fodder, TV bosses have once again shown themselves to be completely out of touch with audiences.
Following the announcement of an 80% hike in the energy price cap from 1st October, crowds gathered outside the offices of energy regulator Ofgem to protest and declare their intention to undertake a payment strike.
Rogue landlords are exploiting young and inexperienced renters and leaving them in mental and financial turmoil, reports Niall Hignett.