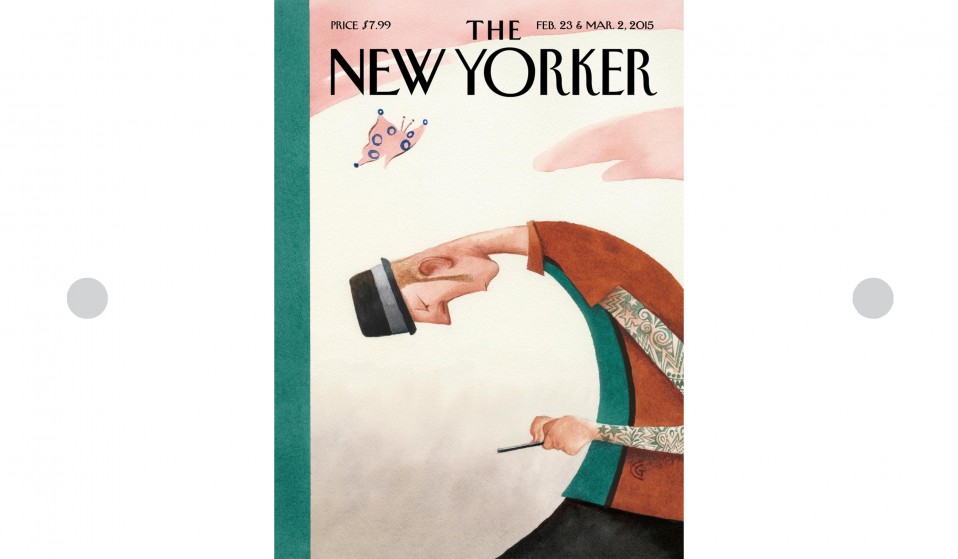 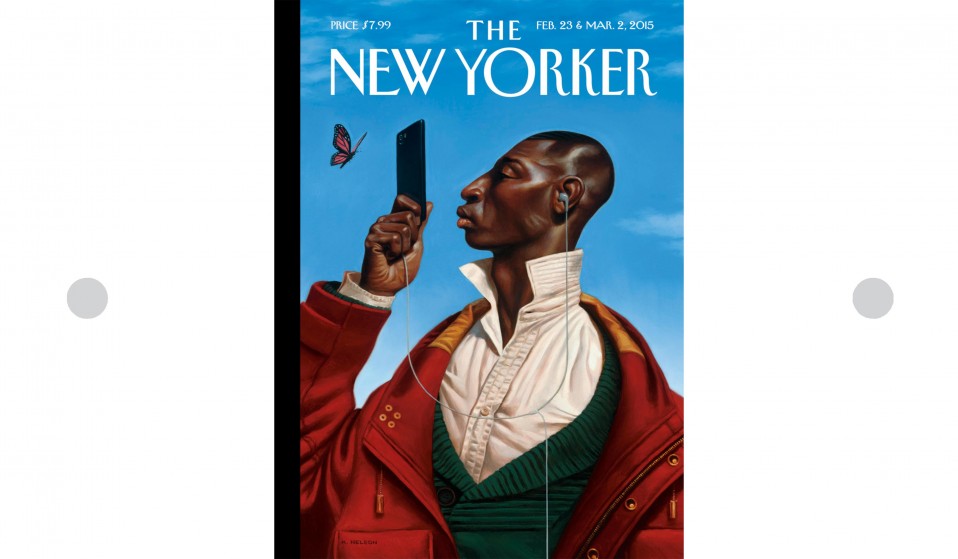 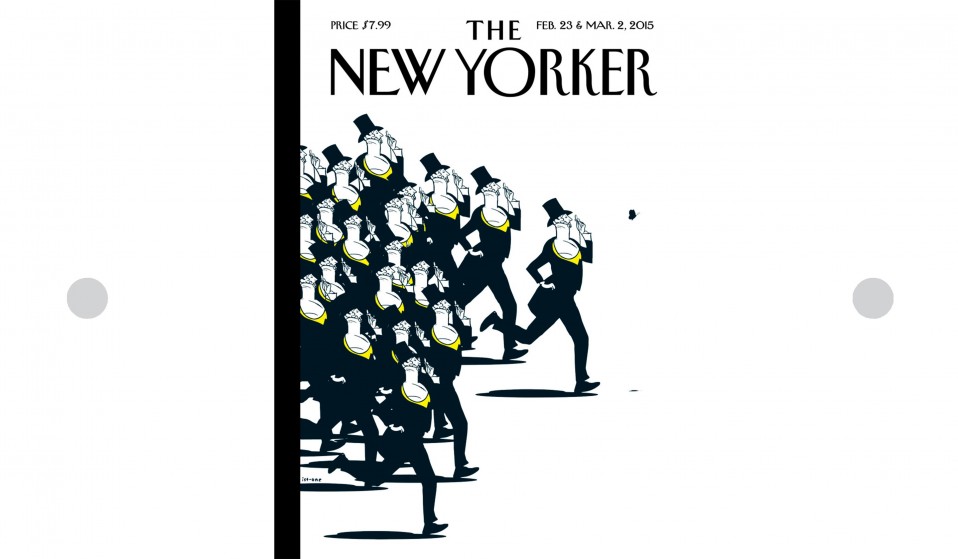 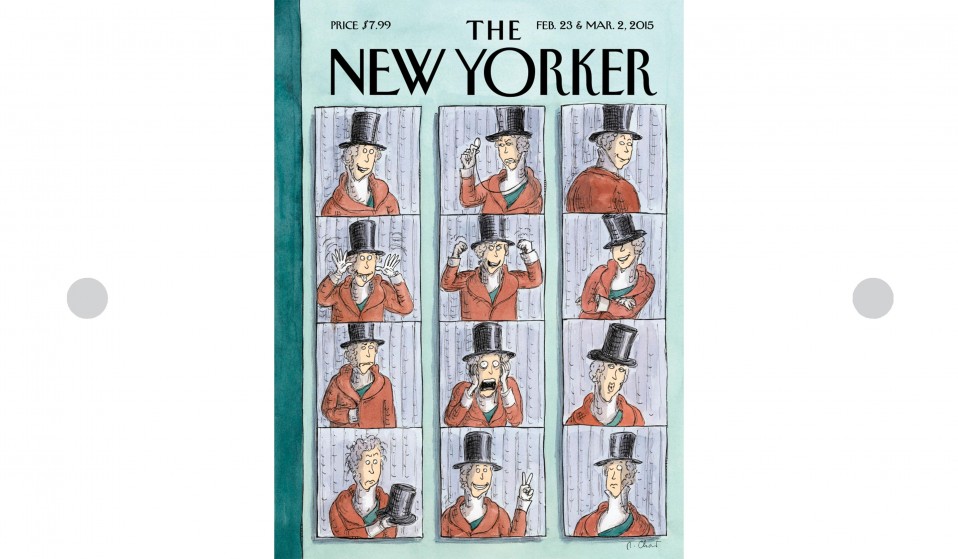 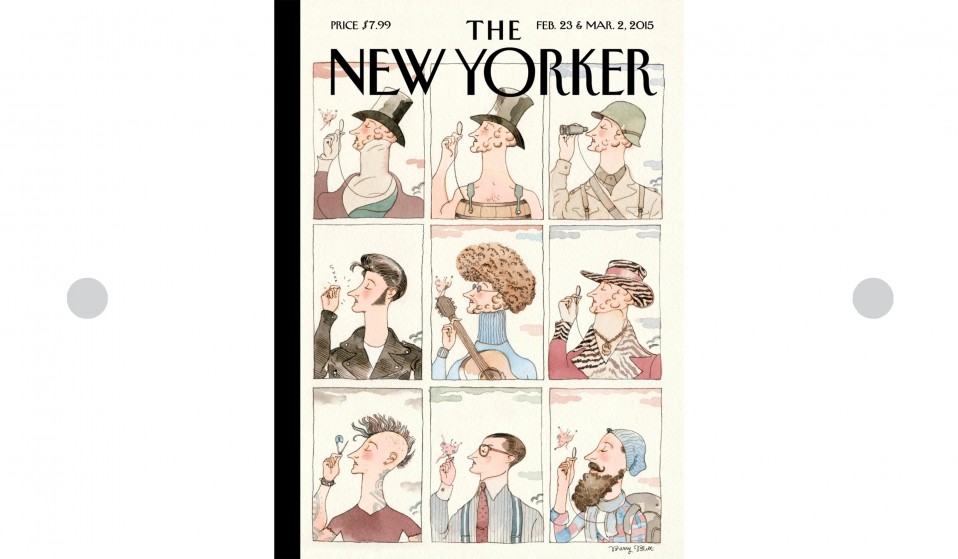 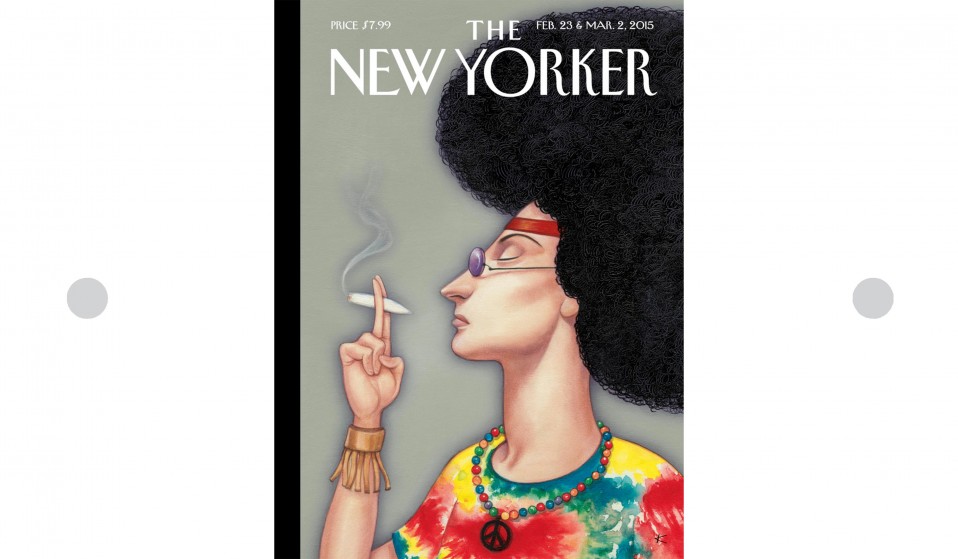 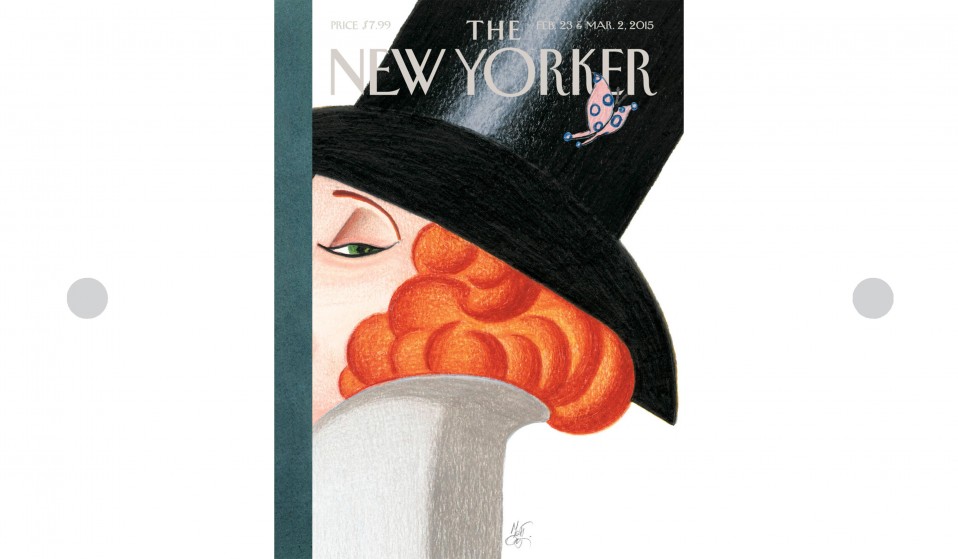 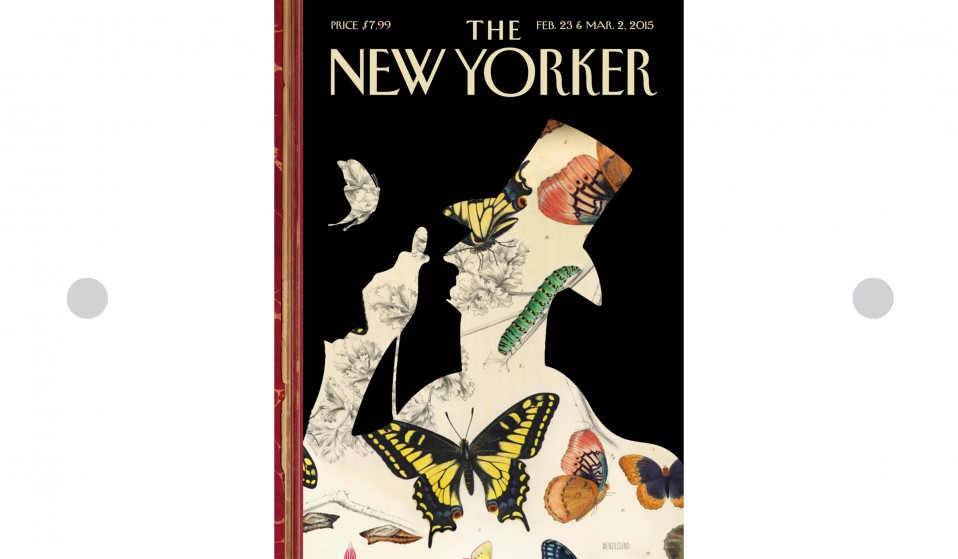 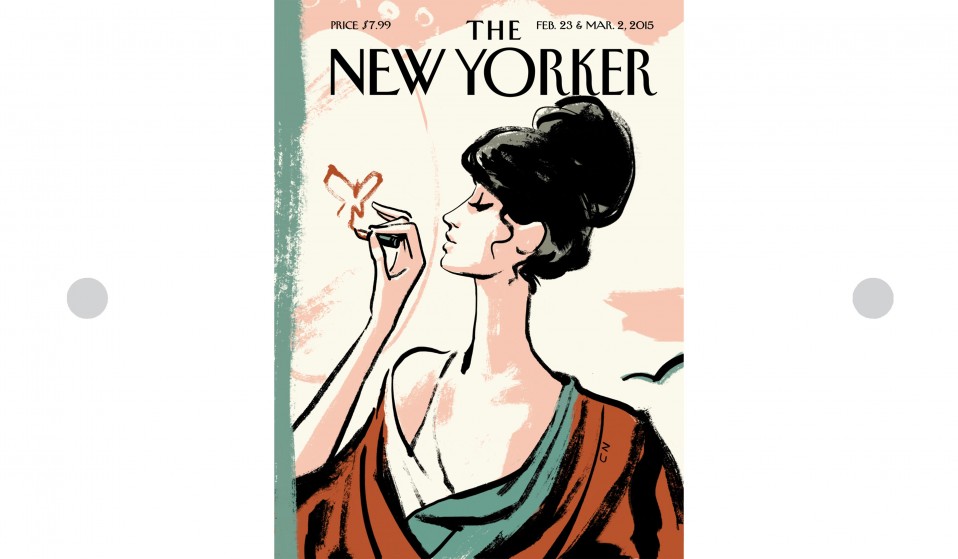 To celebrate The New Yorker’s 90th birthday, we look back on five of its most controversial and high-profile contributors.

To celebrate The New Yorker’s 90th birthday, we look back on five of its most controversial and high-profile contributors.

The New Yorker has been the Big Apple’s go-to culture bible since the first issue rolled off the presses in 1925.

The magazine focuses on the cultural life of New York City, featuring short stories, literary reviews, non-fiction features and has often serialised important books before their publication, such as Truman Capote’s In True Blood, John Hersey’s Hiroshima, Annie Proulx’s Brokeback Mountain (which went on to become an Academy Award winning film) and Sally Benson’s Meet Me in St. Louis.

It is well known for its iconic contributors, illustrated covers, commentaries on popular culture, political and social journalism, and its much-loved cartoons.

For its ninetieth anniversary special edition, nine artists were commissioned to reinterpret the magazine’s top-hatted mascot in their own styles – shown above.

To celebrate The New Yorker’s 90th birthday, we took a look at some of the most notable and controversial (on- and off-the-page) people who’ve worked for, and contributed to, the veteran publication – presented alongside covers from their era.

Truman Capote was a mailroom boy at The New Yorker from 1943 to 1945, when he was fired for angering poet Robert Frost. Years later, he reminisced, “Not a very grand job, for all it really involved was sorting cartoons and clipping newspapers. Still, I was fortunate to have it, especially since I was determined never to set a studious foot inside a college classroom. I felt that either one was or wasn’t a writer, and no combination of professors could influence the outcome. I still think I was correct, at least in my own case.”

Brendan Gill commented in his book Here at The New Yorker that at one point in the early 1940s, the quality of the artwork submitted to the magazine seemed to improve. It was later discovered that the office boy (Capote) had been acting as a volunteer art editor, dropping pieces he didn’t like down the far edge of his desk. 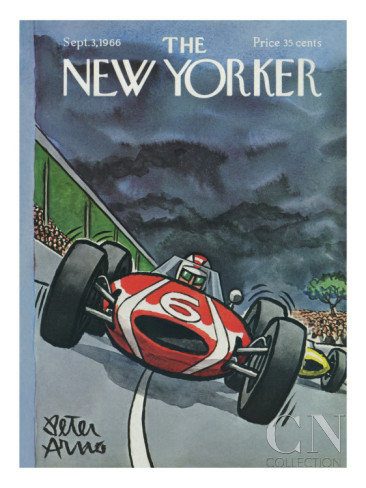 Woody Allen’s career began as a writer for humorist Herb Shriner, and soon after he began writing scripts for television shows such as The Ed Sullivan Show, The Tonight Show and Caesar’s Hour. His early work was inspired by prominent New Yorker humorists S. J. Perelman, George S. Kaufman, Robert Benchley and Max Shulman, whose material he modernised. Allen has been a regular contributor of short stories and cartoon captions to The New Yorker since 1966. 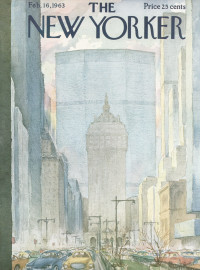 One of the most controversial writers to ever contribute to The New Yorker, Arendt’s coverage of SS Lieutenant Colonel Adolf Reichmann’s trial in Jerusalem appeared in the magazine before it was published as a book. The work introduced the phrase ‘banality of evil’, referring to Eichmann’s lack of guilt or hatred and claims that he was simply obeying orders when sending millions of Jews to their death.

Arendt’s work was hugely criticised, with many claiming that she ‘blamed the victim’ in the book, was cold and lacking in sympathy for the victims of the Holocaust.

Spiegelman is an American cartoonist, editor and comics advocate best known for his graphic novel Maus, which depicts him interviewing his father, who survived the Holocaust. In 1992, it became the first graphic novel to win a Pulitzer Prize. Spiegelman also co-founded the counterculture graphic journal Raw.

From 1992 to 2001, Spiegelman was a contributing artist to The New Yorker. He was responsible for the controversial Valentines Day 1993 cover, which depicted a black woman and a Hasidic Jewish man kissing, in reference to the Crown Heights Riots between the black and Orthodox Jewish communities. A number of Spiegelman’s other covers were rejected for being offensive or outrageous. Which is even more interesting considering that his wife Francoise Mouly is the New Yorker’s art director. She published a collection of rejected New Yorker covers called Blown Covers.

He left The New Yorker after the 9/11 attacks to create his comic series In The Shadow of No Towers, his reaction to the events of that day, which he said helped to deal with his post-traumatic stress disorder. 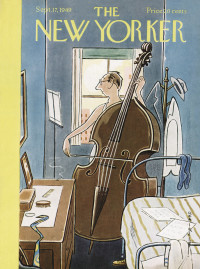 Alongside his timeless children’s stories, Dahl had a successful parallel career writing macabre short stories for adults which featured in magazines such as Collier’s, Harper’s and The New Yorker. A number of these stories were televised and appeared in Alfred Hitchcock Presents (1955-61) and in the Tales of the Unexpected (1979) series.

Linkedin
RELATED ARTICLES
OTHER ARTICLES
Leading art critic Robert Storr reflects on the photographers – from Seydou Keïta, to Malick Sidibé, to Carrie Mae Weems – who helped to transform and redefine the medium.
A new book traces the legislation’s tumultuous history and the lasting impact its had on LGBTQ+ activism today.
In Sheffield, food delivery drivers are fighting back against one of the giants of the gig economy.
In 1984, Martin Shakeshaft set out to document the miner’s strike as it really happened, using his photography as a tool for activism.
With a new bill seeking to further criminalise asylum seekers, the work of a group of volunteers monitoring small boats in the English Channel is all the more vital.
Ahead of the policing bill reaching its final stages in the Lords, protestors came together to rally against the legislation.