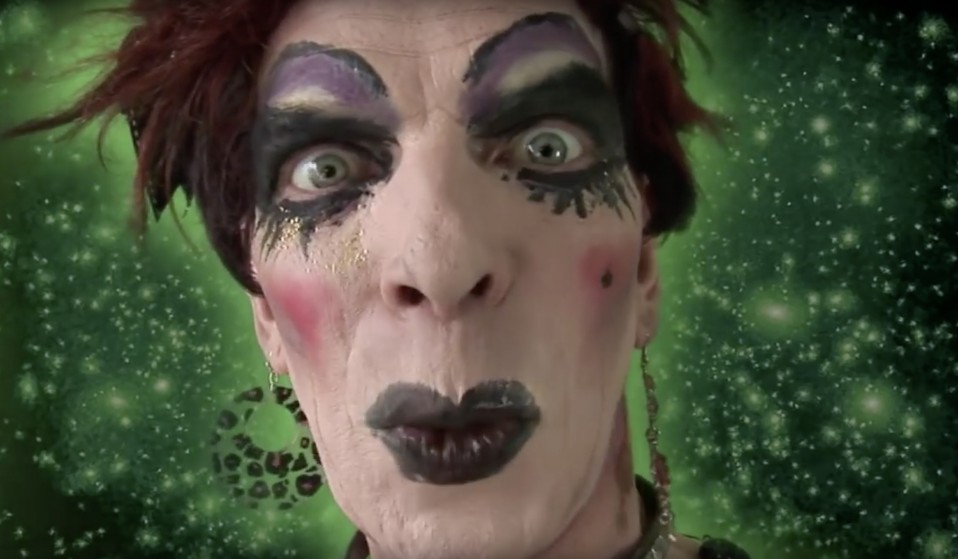 David Hoyle has spent his life fighting power through honesty and openness, not pointless kindness. Now he's set to be immortalised in print.

David Hoyle has spent his life fighting power through honesty and openness, not pointless kindness. Now he's set to be immortalised in print.

David Hoyle is a force to be reckoned with. Not just because of the unrelenting energy brought to every stage he steps on, but mostly for his ability to turn pain into power in a way that’s seamless – so bare and honest that it can make even the uninitiated uncomfortable.

Standing in front of an audience with a face smudged in makeup that will only get messier throughout the evening, Hoyle sports his signature look that goes miles past gender – anti-drag, it’s called – a form of organised chaos bringing together a subversion of preconceived ideas of femininity, a touch of surrealism, and a strong distaste for all that is binary and bourgeois.

Dragging his words with a piercing stare, Hoyle has been using performance to discuss complex subjects since the 1990s, addressing class, homophobia, materialism, racism, nationalism and trauma with a scathing mix of well-researched humour and unwavering intensity.

Outside of his persona, David is soft-spoken and relatively subdued, but still extremely honest and upfront. On stage and off, the Blackpool-born artist speaks openly about having been bullied to the point of a mental breakdown at the age of fourteen, as well as his relationship with mental health, drugs, self-harm and alcohol.

His honesty and unapologetic approach to queerness led him to become an unmatched icon in the British LGBTQ scene. An outsider among the outsiders, David’s life as an artist has been through various phases, going from BBC-level fame through a self-imposed hiatus and back to the stages of legendary LGBTQ London venues, never losing his energy on the way.

Above all, David’s life shows that, for him, being an artist isn’t an occupation, but a necessity – it’s second nature.

It’s this dichotomy and complex history that photographer and friend Holly Revell is looking to immortalise in print. Featuring images taken over the past eight years, collages of memorabilia from performances and previously unseen artworks, David Hoyle: Parallel Universe promises to be not only a biography, but also a documentation of the experience of a performance – going from preparation to the height of adrenaline onstage and back to reality. 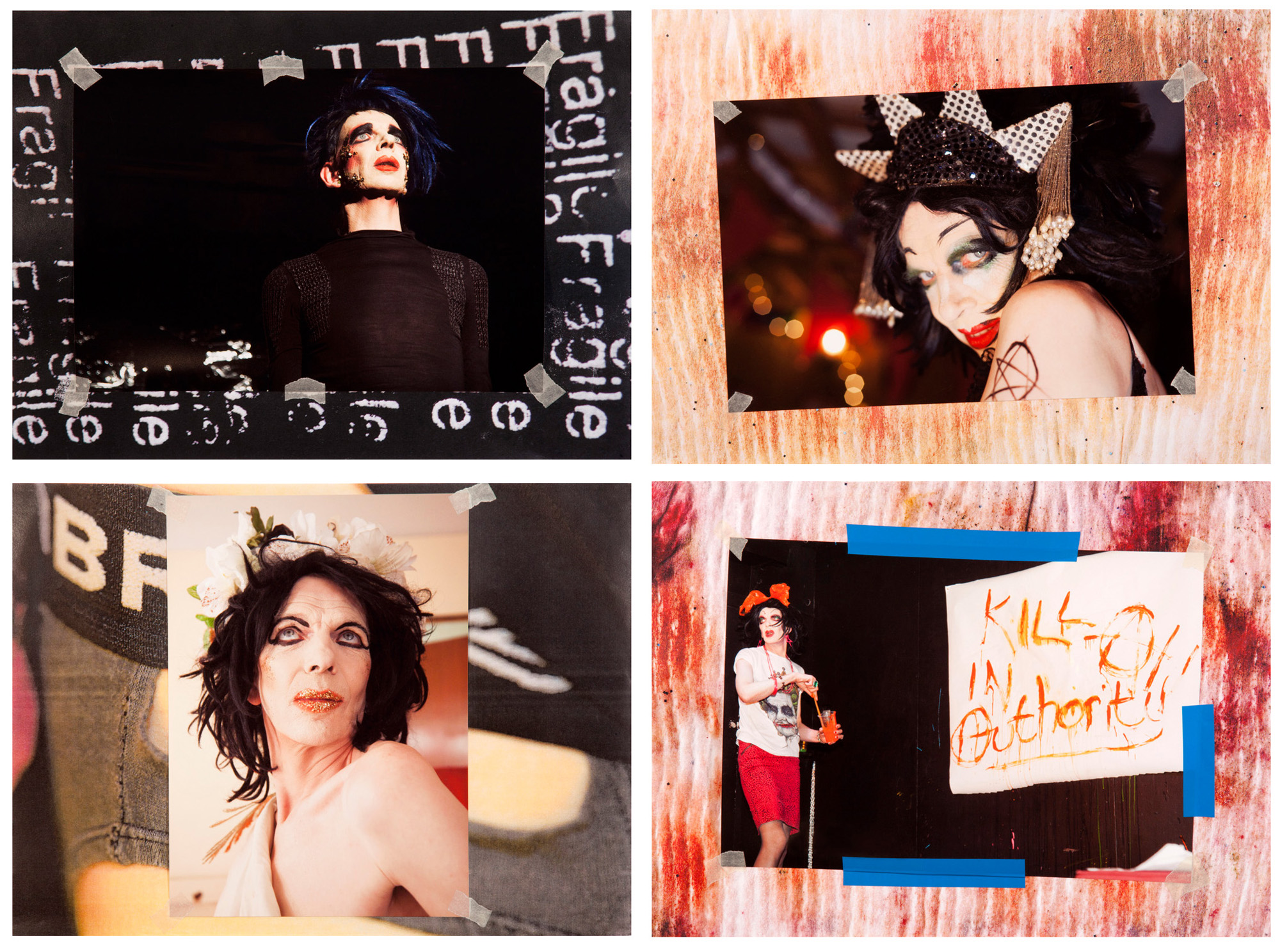 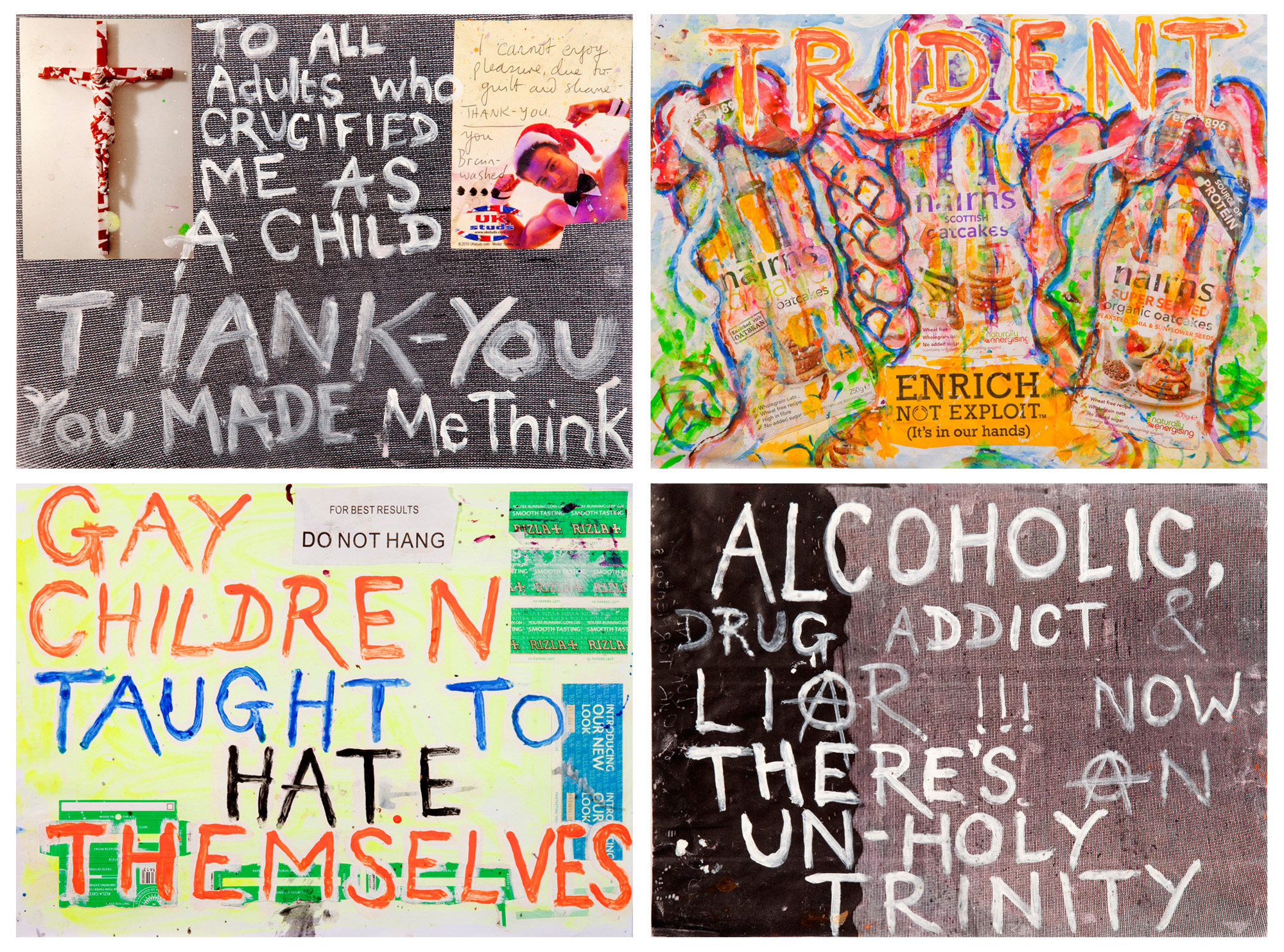 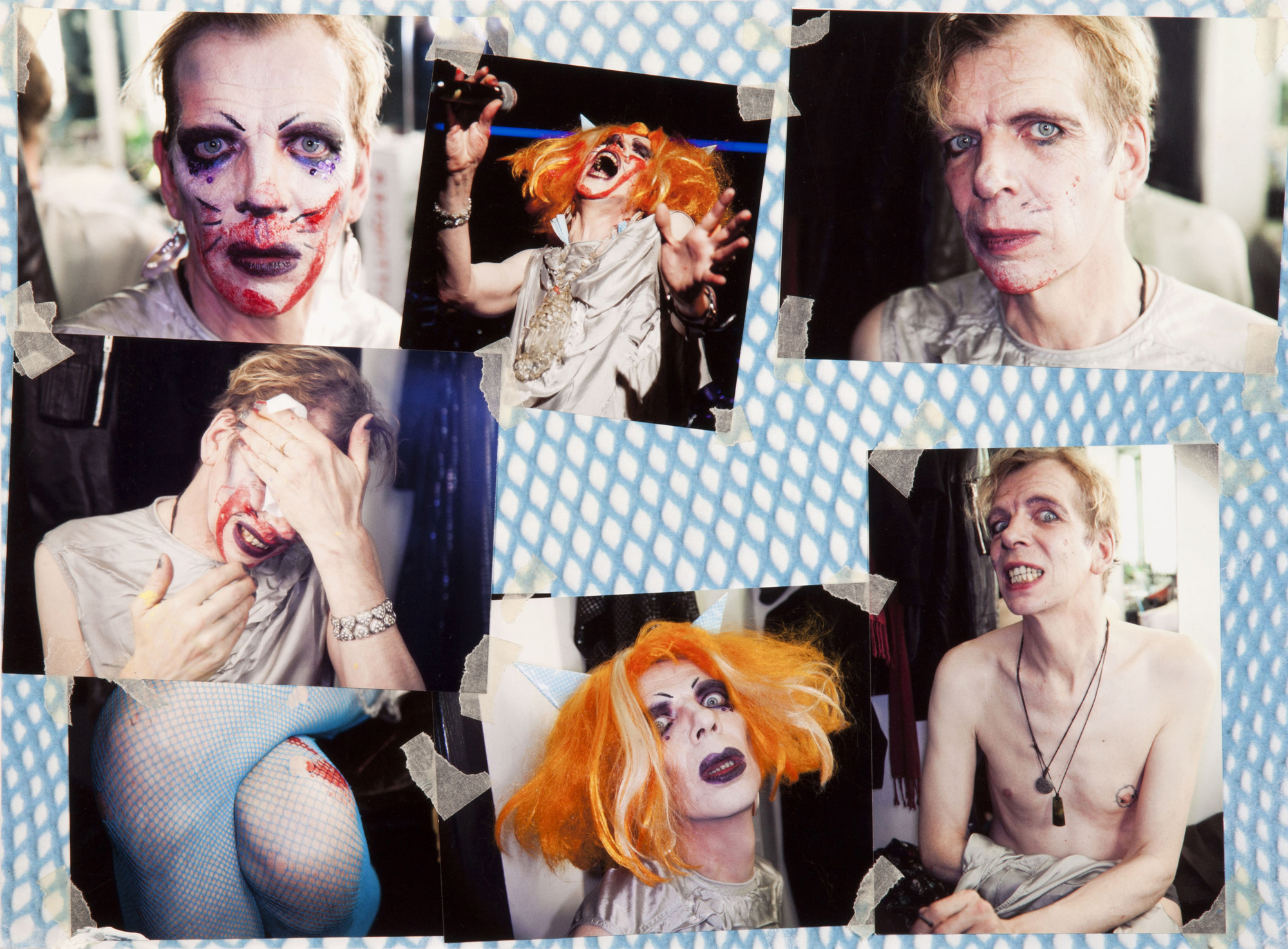 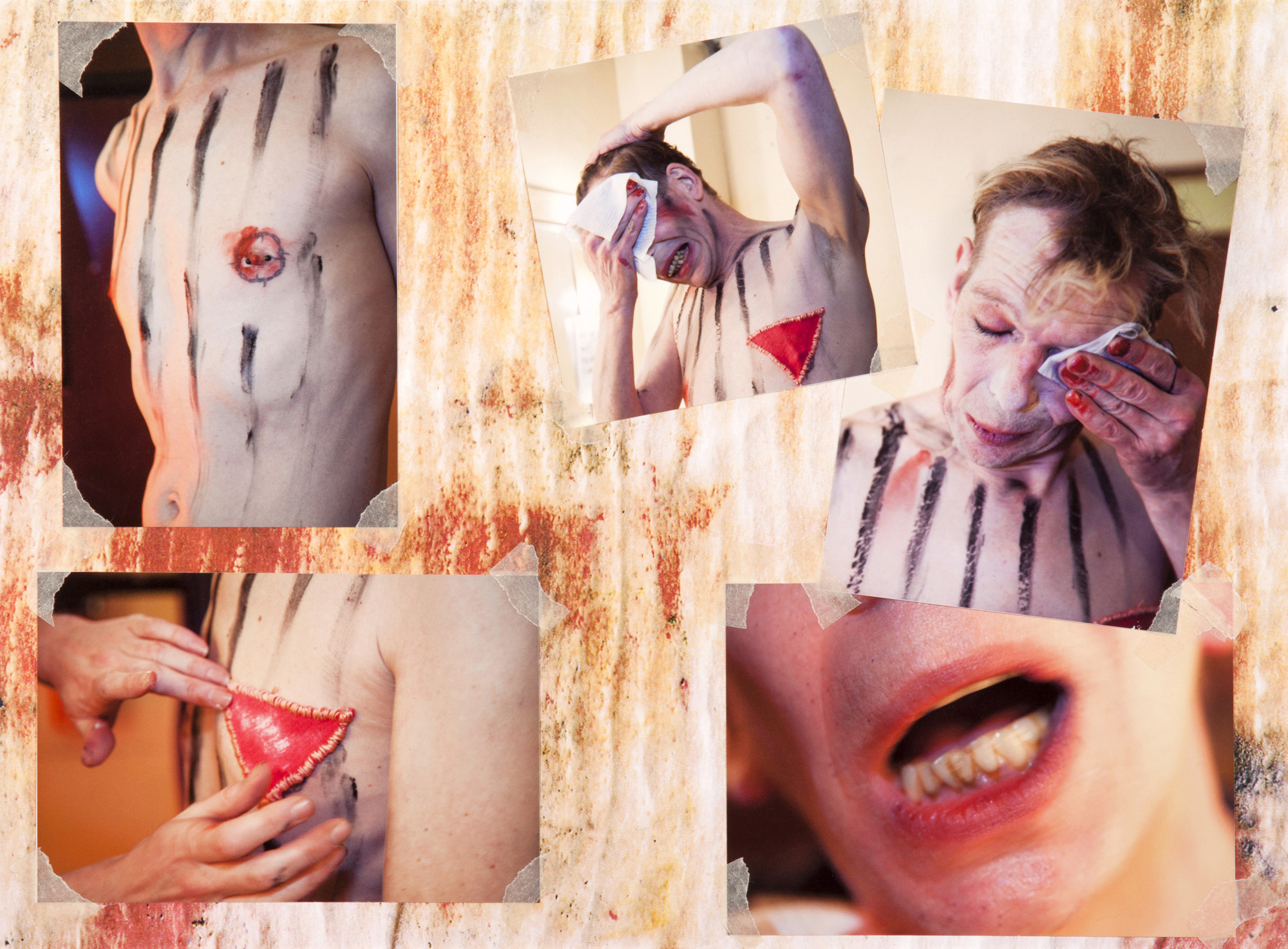 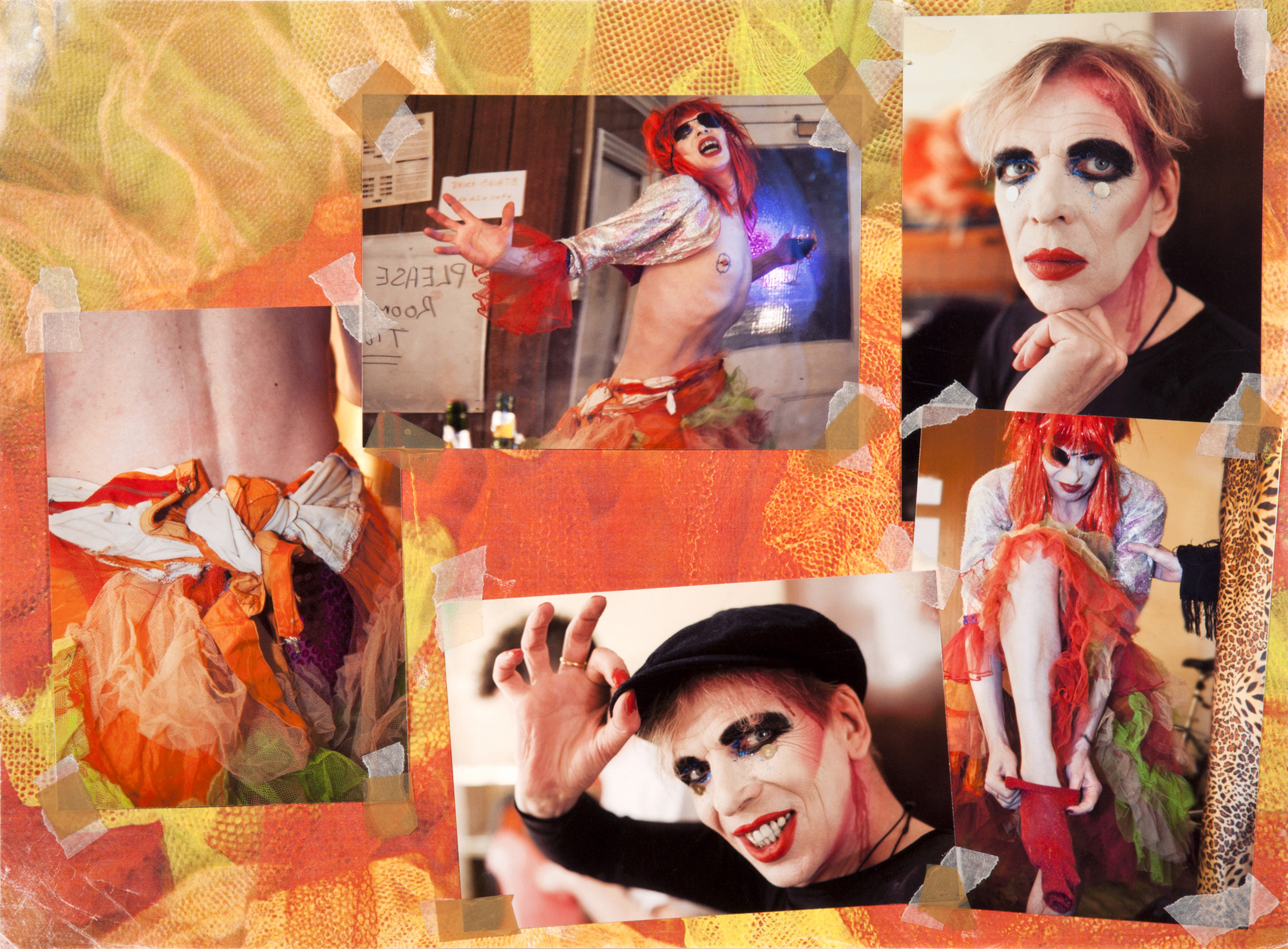 You can help David Hoyle: Parallel Universe become a reality through Kickstarter.

Linkedin
RELATED ARTICLES
OTHER ARTICLES
Campaigners reflect on what the supreme court’s decision to allow buffer zones in NI means for the future of reproductive rights in the UK.
Photographer Sean Maung reflects on documenting a small town in Pennsylvania afflicted by high levels of unemployment, poverty, violence, crime, and addiction.
After a two-year hiatus and a new album, the Nigerian artist is riding high. Now, he wants to bring his alternative, genre-bending sound to the world.
A new law change is enabling Britain’s donor-conceived children to know the truth about their origins – but campaigners say the fertility industry must do more to protect people.
After building his reputation covering the US civil rights movement in the 1960s, the photographer went on to produce some of the most enduring images of the past century.
David 'Dee' Delgado’s photo project is about honouring and uplifting the city of his youth, and a world rapidly disappearing under the relentless onslaught of gentrification.