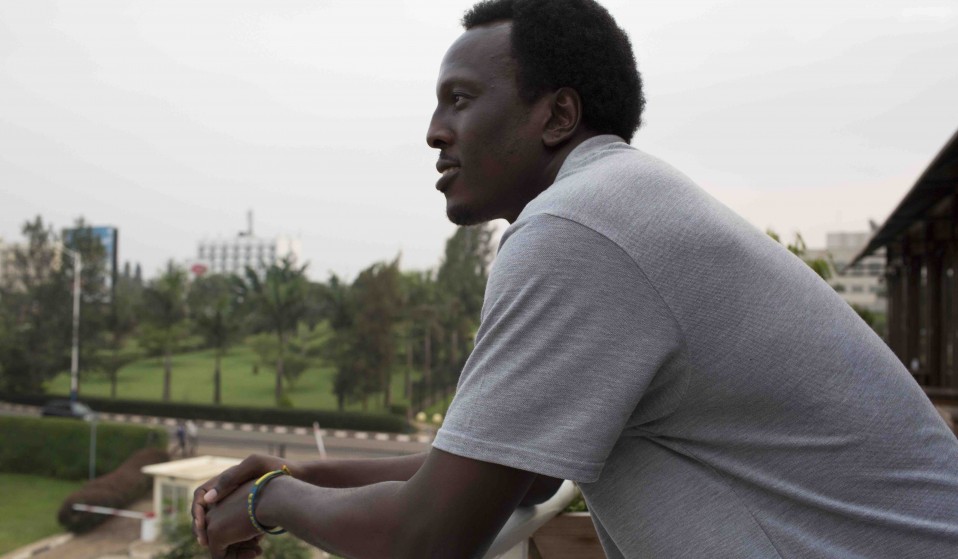 Dayo Ntwari is one of a new generation of writers imagining a bold future for Africa and exorcising the demons of today.

Dayo Ntwari is one of a new generation of writers using sci-fi to imagine a bold future for Africa and exorcise the demons of today, like corruption, religious exploitation and Boko Haram.

A transport of Nigerian government troops is sweeping over the country’s north, while its crew nervously check their weapons and equipment. The Chinese-Nigerian arms trafficking pirate sitting in the rear has Ukrainian mercenaries on one side, an Irish priest on the other. As the craft nears its target – a mysterious hamlet populated by a violent cult – the trafficker reveals his ultimate intention: subverting the counter-insurgency mission to sell weapons to a Cameroonian drug cartel.

This is the opening to Rwandan-Nigerian writer Dayo Ntwari’s The Devil’s Village, which translates Nigeria’s battle against religious extremists Boko Haram into a surreal, near-future world with strong echoes of today. Ntwari joins a small yet growing movement of African writers turning to Afrofuturism and sci-fi to critique their present and sketch out their visions for the continent’s future.

After spending most of his life in Nigeria, Ntwari recently moved back to Rwanda for a job in the country’s blossoming tech industry two year ago. Blown away by the contrast between the vibrant but chaotic, corrupt and dysfunctional Nigeria and the ordered development of Rwanda, he thinks it will take a while before he’s ready to approach Rwanda’s story through the lens of sci-fi.

“Rwanda is a place where if you have an idea, and you have confidence in that idea, the sky’s the limit,” he explains. “I’m more preoccupied with things that are wrong, so maybe that’s why so much of my resources are dedicated to writing dystopian fiction about Nigeria.”

The Devil’s Village was shortlisted for the Writivism 2015 Short Story Prize and is a thinly-veiled critique of the Nigerian government’s response to Boko Haram. “It’s not present Nigeria, but it’s also not that distant,” he explains. “It’s a commentary on where this Nigeria might be going, so you can do that with sci-fi. Some topics are not that easy for people to digest, especially when it comes to criticism, so creating distance can make it easier to engage with something more political.” 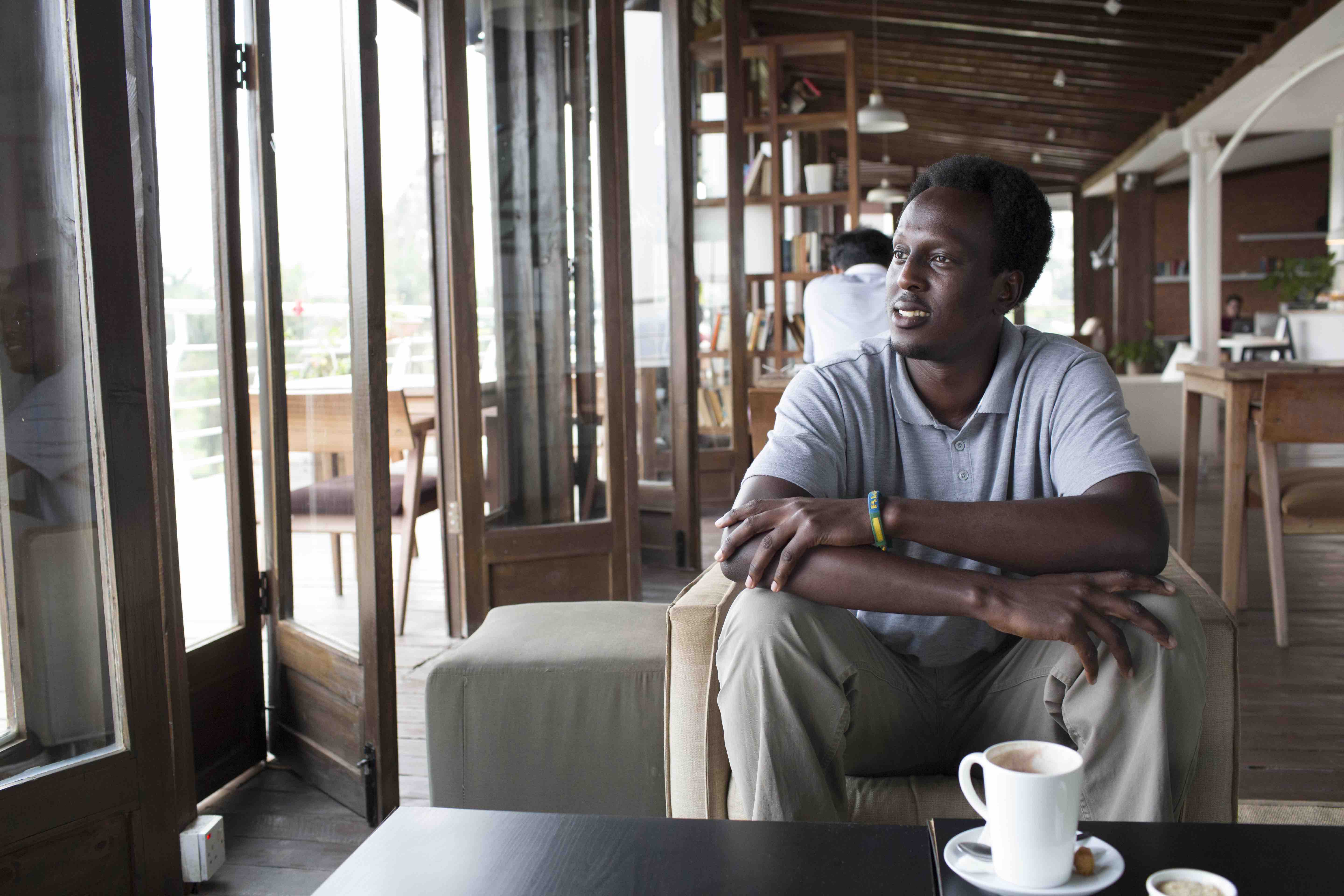 There’s lots Ntwari wants to get off his chest about Nigeria before he thinks about turning his focus on Rwanda. “I’m completing a trilogy on religion in Nigeria and its place in society,” he explains. “We have the most churches in Africa and there’s a very strong ‘prosperity gospel’ movement. Of the ten richest pastors in the world, the top five are Nigerian. I’ve watched how these ‘mega-pastors’ are exploiting their congregations, people who are desperate for some kind of change some kind of salvation. The book I’m working on right now imagines a future where these pastors have become dominant.”

Although Ntwari finds freedom in the genre, sci-fi is still getting established in Africa and he faces an uphill battle to increase its profile. “Afrofuturism, Afro-sci-fi, I feel they’re both used more or less almost interchangeably,” he explains. “If you don’t label things as sci-fi or fantasy or whatever, and just let them float out like that, people recognise a bit of themselves in those stories. That’s my chance to sneak sci-fi into the mainstream.”

After Nigerian art and culture from hip hop to cinema and fashion took Africa and the rest of the world by storm, Ntwari sees exciting signs Rwanda could become a player in the future. He points to cultural centres like Inema, which has been credited with establishing a contemporary art scene in the country, as evidence of the country’s own artistic resurgence. In what many predict to be the African century, Ntwari feels sci-fi is naturally placed to comment on the continent’s rapid evolution.

“The onus is on us as writers,” he explains. “Look at Africa: in the next few decades we’re predicted to have the youngest population in the world, with a majority of people under 25. So there’s space there, in my opinion, for a future in Africa that is dominated by people who are today nearly still in kindergarten – and will grow up with a totally different perception of the world. What are they expecting for their tomorrow, and what are they doing to make that a reality? For me, Afrofuturism and sci-fi is about thinking where we want to be.”

Linkedin
RELATED ARTICLES
OTHER ARTICLES
Thousands attended the annual event this year to wheelie through the city and call for ‘knives down, bikes up’.
A group of young Palestinians have found temporary freedom in the act of parkour, reimagining wreckage and ruins as a series of high-octane playgrounds.
The workforce is now gearing up for industrial action after receiving a measly pay rise, reports Ella Glover.
With skyrocketing rents, packed out viewings, bidding wars and more, renting in London has never been harder.
The idea that a younger generation is abandoning work has become a popular narrative online, but it doesn’t necessarily reflect reality.
Financial turmoil is pushing people who work in the sex industry into more dangerous and desperate situations as a means of survival.