Art & Culture / Print / Dream to zine: Why it’s easier than ever to self-publish 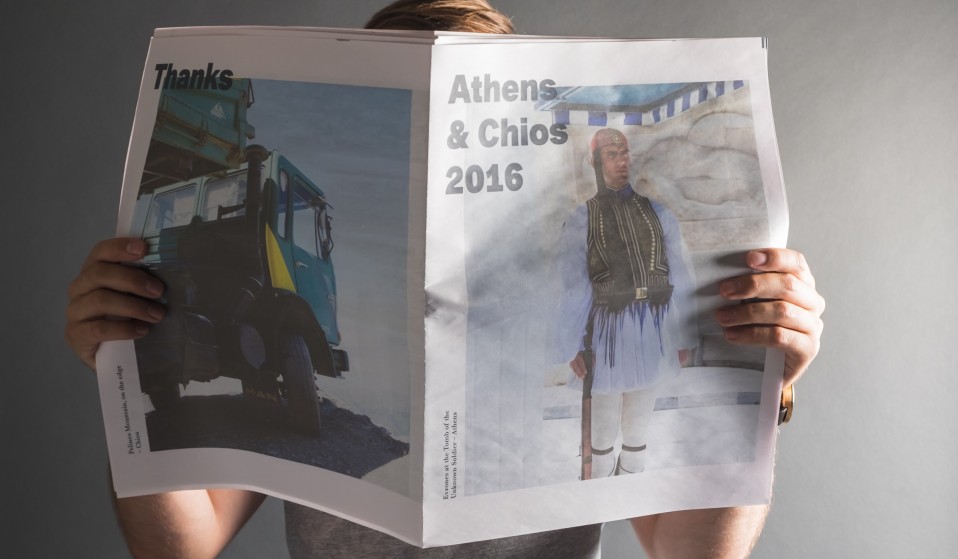 The digital revolution may be upon us, but there's a fightback already underway.

The digital revolution may be upon us, but there's a fightback already underway. Self-publishing has never been easier, so check out these handy tips.

In a world where news hits Twitter first and spreads like wildfire, it’s easy to feel that print is a carthorse racing against a thoroughbred, slowly fading into irrelevance. It seems like every other week another newspaper goes out of circulation, another magazine announces its end.

But despite the doom and gloom, an independent print revolution is burgeoning. DIY zines all over the world, like Illuminati Girl Gang and Birkensnake, are embracing print culture in different ways, producing independent small-batch publications as well as downloadable copies.

And, in many ways, it’s never been easier to get your work off the screen and onto paper. UK startups like Print on Paper and Newspaper Club are helping make printed dreams a reality without the need to inherit a multimillion pound print empire just to get started. Services like this are putting power into the hands of audiences and independent publishers.

“People want print, but a lot of them feel like they don’t know enough about it – as if it’s an extinct industry into which they have no insight”, explains Anton Webb, founder of London-based startup Print on Paper. “We want to show them that print isn’t so dated and intimidating after all.”

Still got some nerves about getting your print publication to press? Just remember these simple tips.

Print is valuable, whatever the web says

As easily as an online post can be opened, it can be closed just as quickly, leaving nothing but a cookie as a trace. Print stays, paper lives on, to be poured over, shared and treasured. Not every piece of work should be judged purely on retweets and likes. Print may no longer be the best way to break the news, but why not play the long game?

Make sure you stand out

Whatever it is you’re making, you need to think about purpose. The media is throwing out more #content into the world than ever before, desperate for clickthroughs and a global audience, but you don’t have to worry about that. Print is about passion, so whether you’re producing a feminist music masterpiece or a guide to life-hacks in the great outdoors, stick to your vision.

You might want to take on the whole project yourself, but other friends, writers and designers will be a great asset to the publication. We all love being part of a team with a shared goal, and you’ll be surprised at how many people at all levels in their industries will get involved when it’s something they love. There’s no harm in asking!

Print’s power is in its physicality; there’s nothing like flicking through the pages of your favourite magazine. You’ll need to consider the look of your publication, so spend time exploring what’s already out there, and work out how you want your work to appear alongside. Struggling to produce original photographs and illustrations? Initiatives like Creative Commons mean you can access plenty of images for free without  falling foul of copyright law.

Gone are the days when huge printing factories were your only option. With companies like Print on Paper, you just upload your PDF designs onto their site and sit back while they do the hard work, seeing how it’ll look before your very eyes.

So you’ve got your publication, but now you have to get it out to your intended audience. That might mean anyone who’ll pick it up… or just your group of friends. If you want to spread the word, speak to local newsagents, libraries, campuses, or wherever else you see fit to reach an audience. The fact you’re using print doesn’t mean abandoning the web – never before has it been easier to tell the world what you’re up to.

Even if people aren’t responding to your work at first, keep going until you build some traction. Nobody gets their publication off the ground in a day. Not everyone will want to grab a copy, but that’s okay – there are still millions of potential readers in the making. When your audience is established, they’ll keep on coming back.

It’s adapting in new, interesting ways. The promise of a more tactile, personal experience might feel out-of-reach in a screen-based world, but it isn’t. You’re the proof.

Find out more about Print on Paper.

Linkedin
RELATED ARTICLES
OTHER ARTICLES
From snake handlers to mardi-gras revellers, Tom “TBow” Bowden’s photos provide a snapshot of the wonderful and weird people who make up America.
A new law change is enabling Britain’s donor-conceived children to know the truth about their origins – but campaigners say the fertility industry must do more to protect people.
Activists and campaigners are fighting back against new laws that would seriously undermine the ability to take industrial action, calling it an attack on fundamental workers' rights.
Jeffrey Henson Scales intimate portraits and protest images of the BPP and its leaders offer a rare insight into organisation at a time of societal upheaval.
The pro skateboarder withdrew from the 2020 Olympic Games so he could come out as trans. Now, he’s hoping to encourage others to live as their authentic selves – within the sport and beyond.
A group of aid workers face prison for helping to save people fleeing their homes at sea. If they are charged, it will have a chilling effect on humanitarian efforts.