Art & Culture / Print / Exploring subcultures through the lens of sportswear 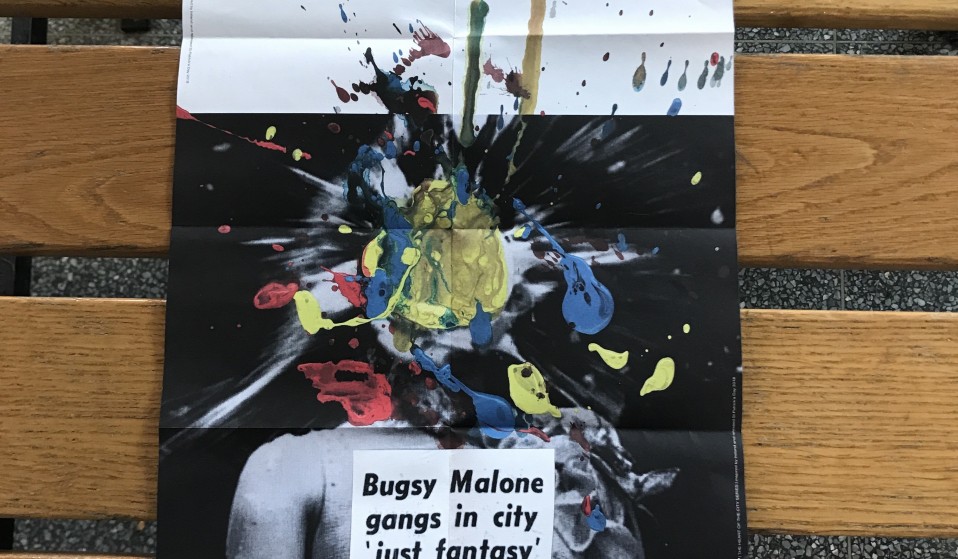 A new series of zines – produced by the Huck creative crew in collaboration with adidas Originals and size? – uses the adidas trainer archive as a springboard to discuss alternative culture on a broader scale.

A new series of zines – produced by the Huck creative crew in collaboration with adidas Originals and size? – uses the adidas trainer archive as a springboard to discuss alternative culture on a broader scale.

The Huck creative crew has teamed up with adidas Originals and size? to produce a limited edition run of zines to go with the latest drop from the adidas archive.

The first zine – which features specially commissioned writing and original art from producer and zine maker Zach Sebastian – is being gifted to the 500 lucky customers that get their hands on the new, limited edition Dublin shoe. The Dublin will be available in size? Stores from 8am on the 17 March: St. Patrick’s Day.

The original Dublin, released in 1976, was one of the first iterations of the brand’s totemic City Series. With their multiple licensed production locations and mass market appeal, the trainers heralded a shift in the sportswear market that still exists to this day.

“The idea is that this series of zines coincide with a series of historic releases from the adidas archive, featuring original art and writing that riffs off the theme of the drop,” says Huck’s own Michael Fordham, who is art directing and editing the series.

“The vision is that trainer culture heads can curate these slices of material culture – and that they form a sort of alternative history of culture through the lens of the adidas archive.”

Next up, at the end of March, is the Berlin edition, which is followed by the Trimm Star VHS. “It’s a unique opportunity for us to make pop culture that matters,” adds Fordham. “The fact that we’re making it with adidas only helps to slingshot the good stuff out there for all to see.” 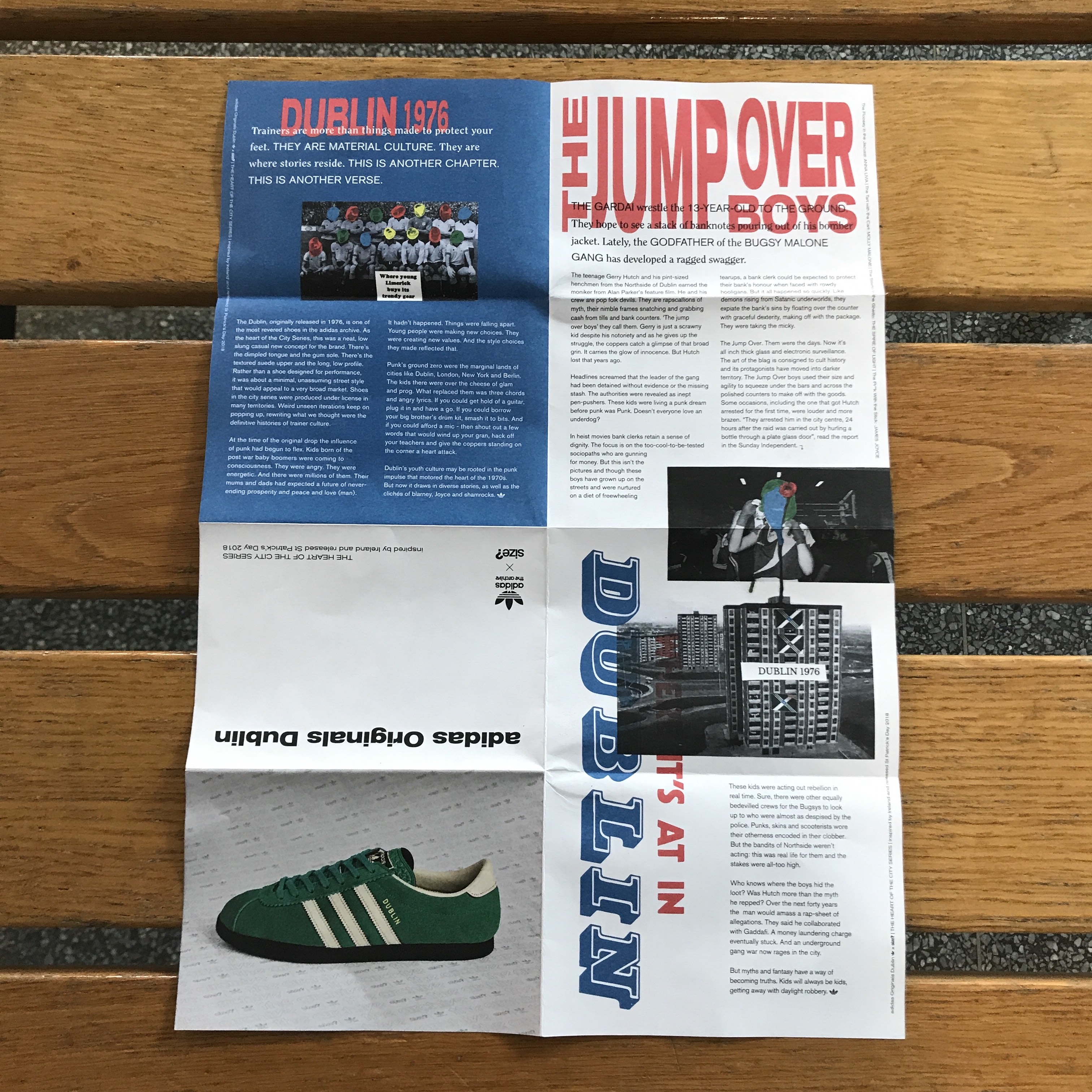 Linkedin
RELATED ARTICLES
OTHER ARTICLES
Birdy Chu reflects on documenting the historic moment in which the territory was formally passed back from the UK to China.
Yesterday thousands gathered outside Buckingham Palace after news of the Queen’s death broke.
The two-day long event returned to London this year, showcasing a spectacular parade, steel bands and Caribbean food.
Thousands attended the annual event this year to wheelie through the city and call for ‘knives down, bikes up’.
The idea that a younger generation is abandoning work has become a popular narrative online, but it doesn’t necessarily reflect reality.
By turning a real-life crisis into daytime television fodder, TV bosses have once again shown themselves to be completely out of touch with audiences.