Art & Culture / Print / Into the fires of Hell: Author Ryan Gattis on the LA riots, tattoos and the Lynwood Vikings 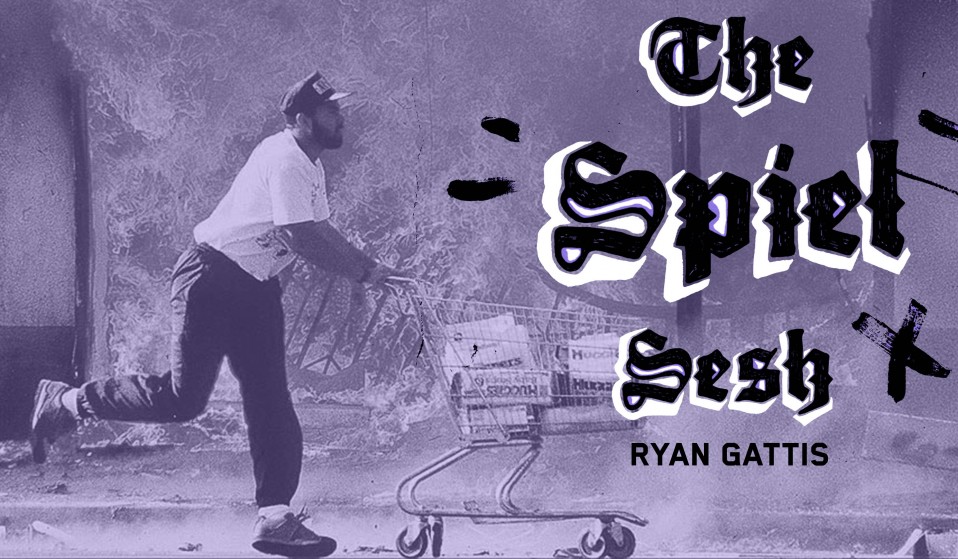 Novelist Ryan Gattis, who penned the LA Riots odyssey All Involved, answers our quick-fire Q&A series, the The Spiel Sesh.

Novelist Ryan Gattis, who penned the LA Riots odyssey All Involved, answers our quick-fire Q&A series, the The Spiel Sesh.

It’s April 1992 and the City of Angels is in flames all around you. Over the following six days you’ll be transported through the most intense urban unrest the United States has ever seen, seeing the city burn through the eyes of emergency workers, police, regular citizens and rival gang members.

Ryan Gattis’ spectacular novel All Involved is the most intense way to experience the LA Riots, short of busting out of a gutted grocery store and running down the street pushing your shopping cart full of looted Huggies past burning building after burning building.

Joining Uglar, an LA street art crew was Gattis’ way in to the world of the riots – an unhealed wound for many in the communities they painted in, where relations with the police – whose acquittal over the brutal beating of Rodney King sparked the riots – remain tense. There are many more corrupt, racist cops who never made the news but are still eluding justice.

Drawing from extensive research and winning the trust of gang members to record eyewitness recollections from the people who took part, Gattis re-tells the story in first person, day-by-day, through a series of 17 constantly changing but interconnected characters.

A Colorado to LA transplant, All Involved is Gattis’ third novel. It’s already been optioned for a movie, so before it hits the big screen and everyone starts yapping about it, the Spiel Sesh tracked Gattis down to ask the essential questions – lying, selling out and his weapon of choice. 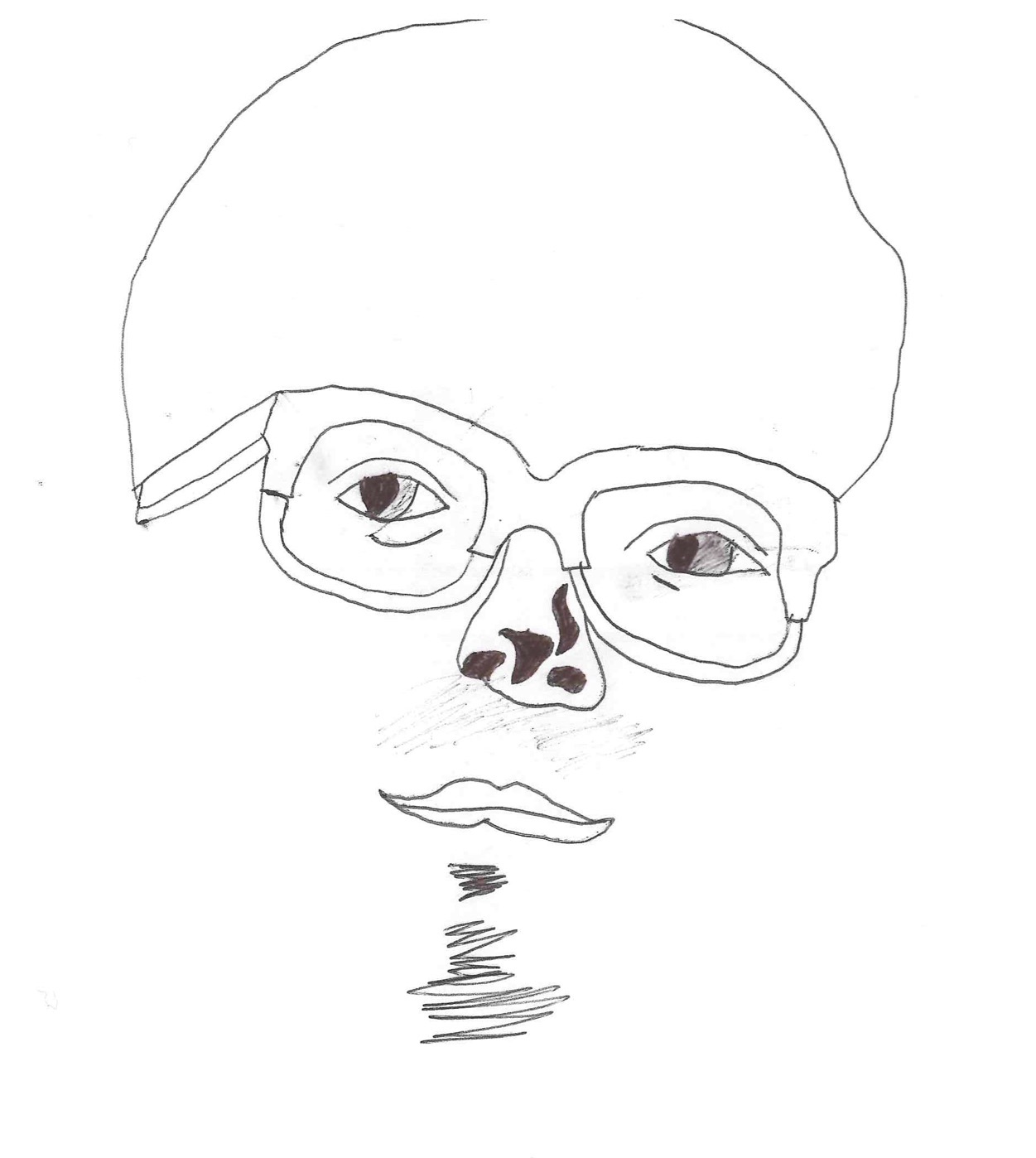 Describe your last perfect day?
Turning in the new book to my agent here in the U.S. and having him tell me the newly edited ending gave him chills.

What’s been done to death?
Movies with hitmen in them. (Hat tip to filmmaker Dave Boyle for that one. Cannot disagree.)

Who is your hero in fiction?
Arturo Bandini from John Fante’s Ask the Dust, a nothing kid from Colorado who came to Los Angeles wanting to be a writer. It’s my story too.

Earliest memory?
I have a terrible long-term memory. I’ll go with playing in a cardboard spaceship with my brother. 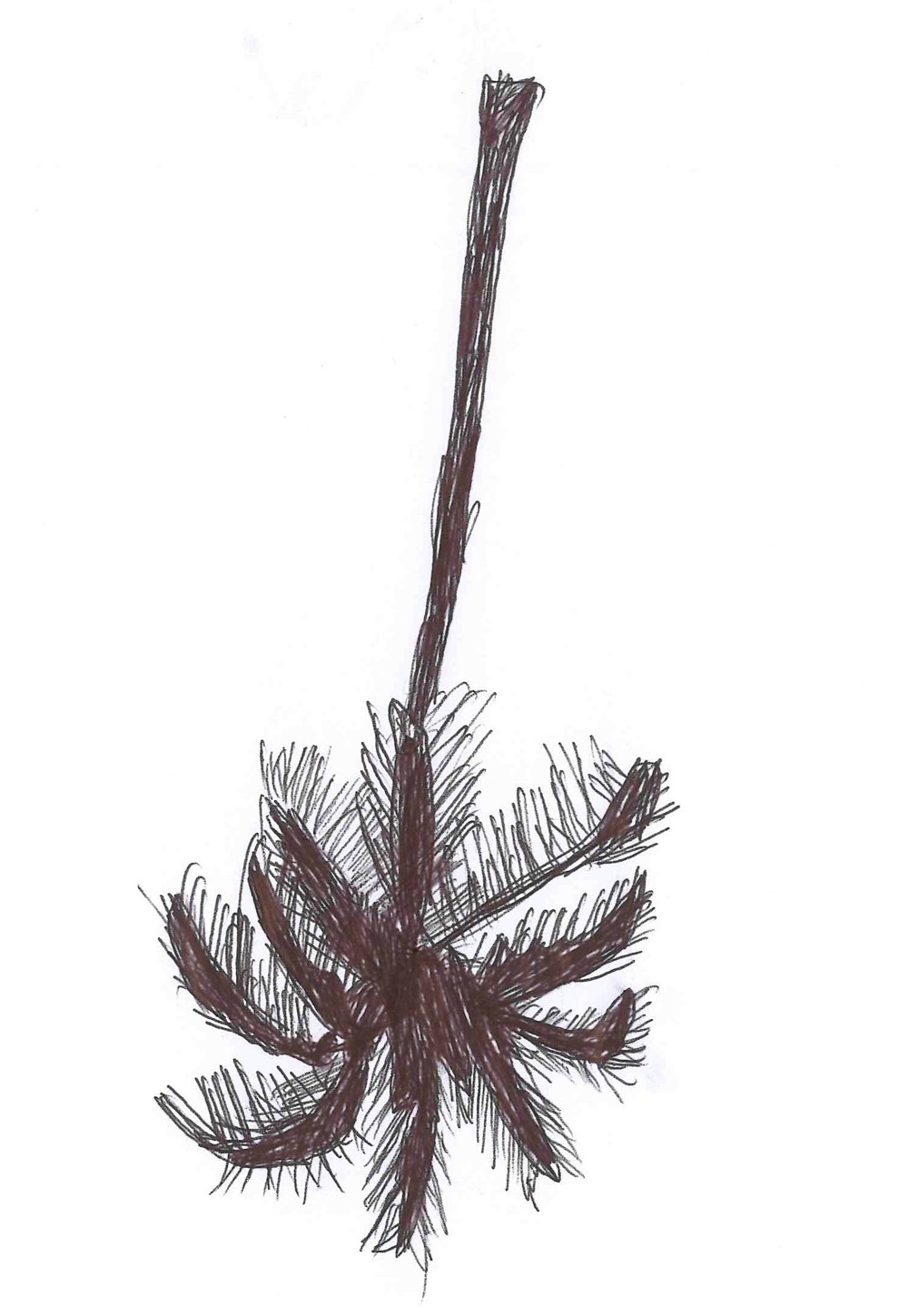 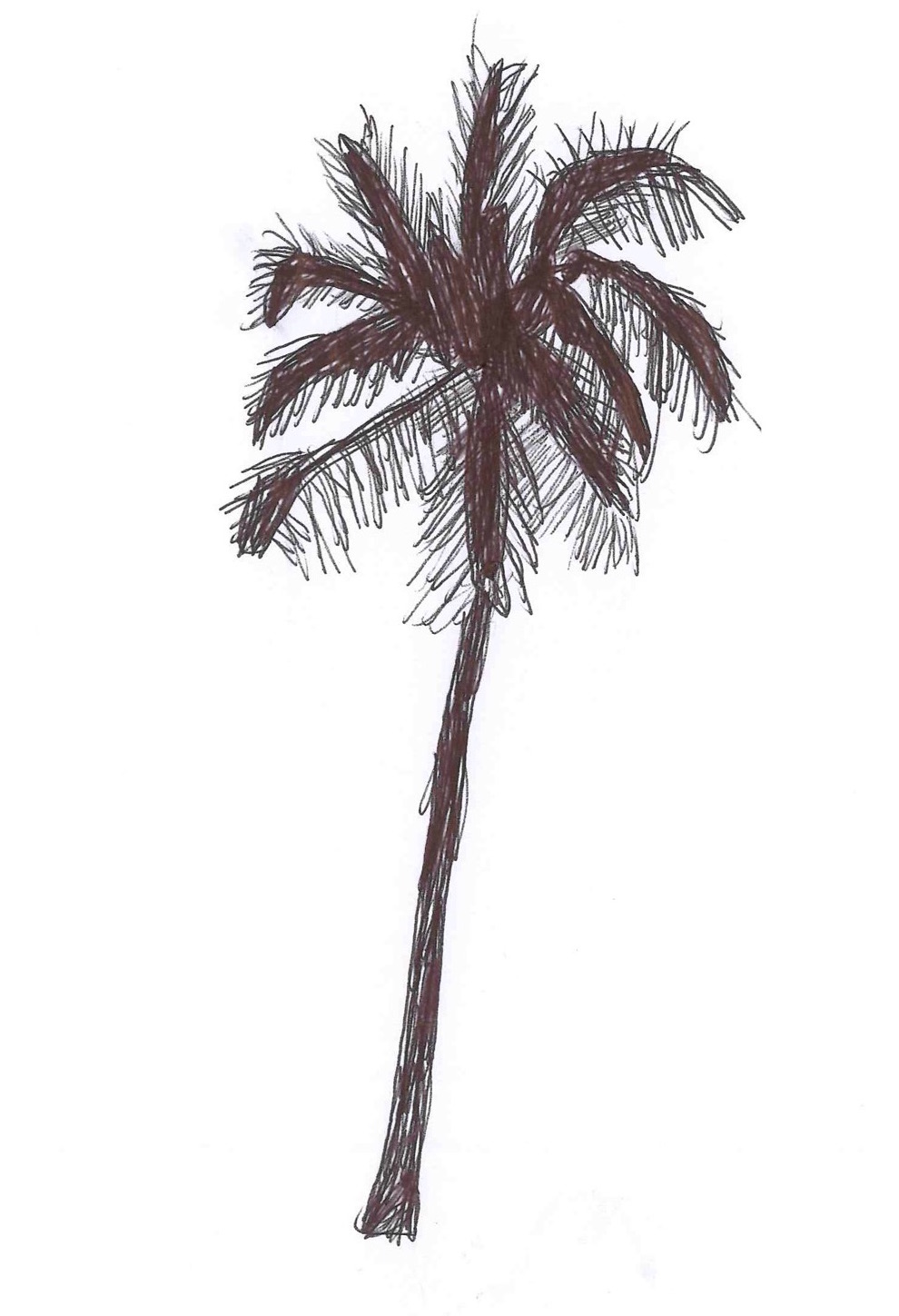 What is selling out?
Abandoning your beliefs, and possibly adopting someone else’s, simply for a payday.

Ever been arrested?
Nope, but I was banned from the U.S. Air Force Academy and once triggered a base-wide alert.

What advice would you tell your 16-year-old self?
Don’t duck when that elbow comes at you. It will make you a writer.

Last time you lied?
I do my best not to, but I’m sure I have. It was likely about food.

Have you made it?
There’s a saying in our house that you haven’t made it as a writer until you’ve paid off an advance and earned a royalty. Still not there yet.

Is there something that you’ve dreamed of doing for a long time?
Taking my father on a globetrotting trip with me. We haven’t had the best relationship through the years, but we’re on much better terms now. Getting to take him with me to book events in Sweden, with brief stops in London and Norwich was the longest amount of time we’d spent together since I was 17. It was pretty damn great.

Growing up what was the most embarrassing thing you did to fit it?
A number of terrible things are flashing before my eyes, but I’ll stick to: tight-rolling my pantlegs for much of the late ‘80s, and junior high basketball practices with a heaping helping of Jheri Curl Juice in my curl-less hair. 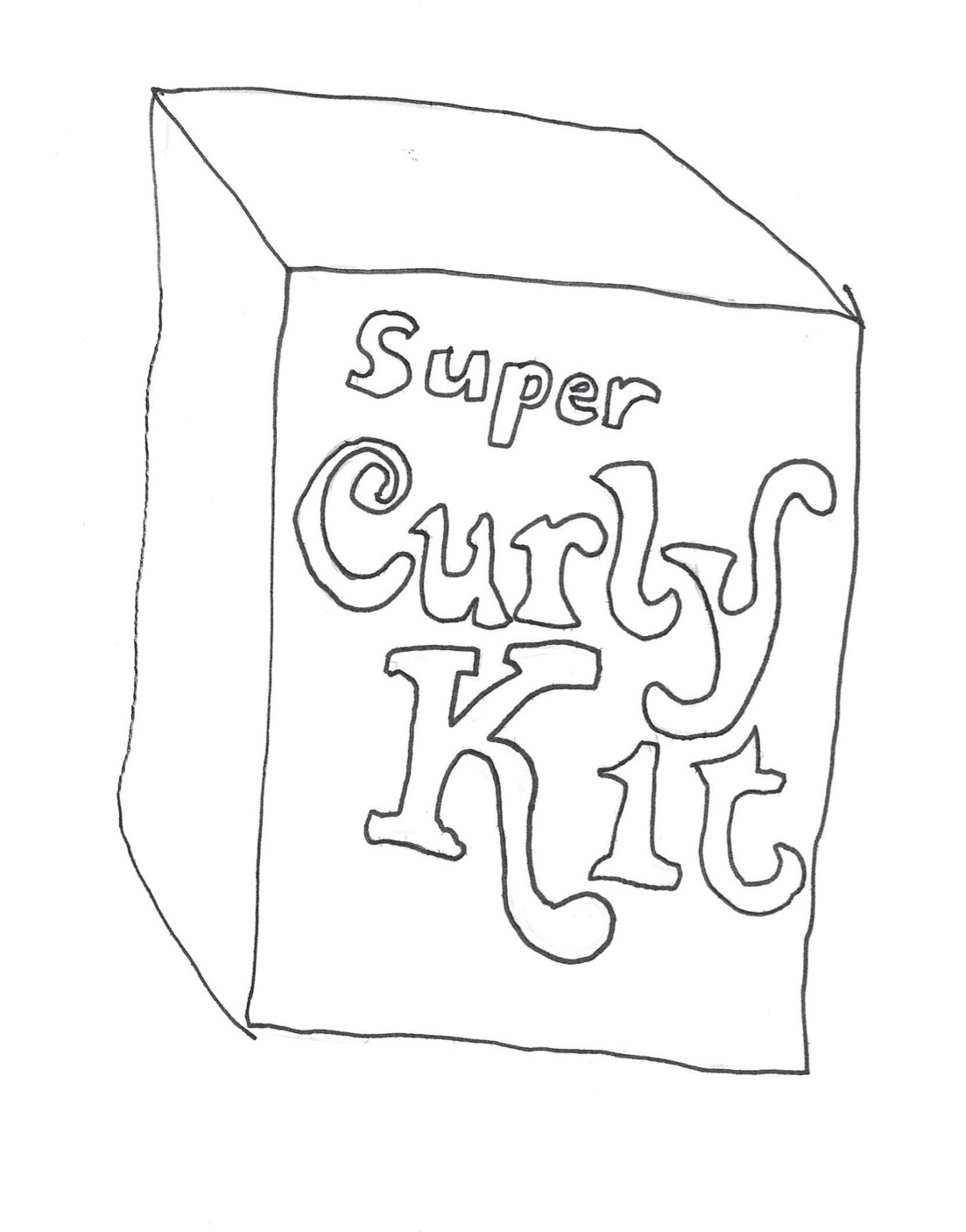 What is your most treasured memory?
Asking my wife to marry me, and her saying yes without even opening the ring box.

When did you last cry in front of another person?
Visiting Lynwood Middle School recently, talking to a class a few weeks after two of their fellow students had been murdered.

Best joke?
Donald Drumpf. Both the real human and the truer version John Oliver recommends that the world see instead. 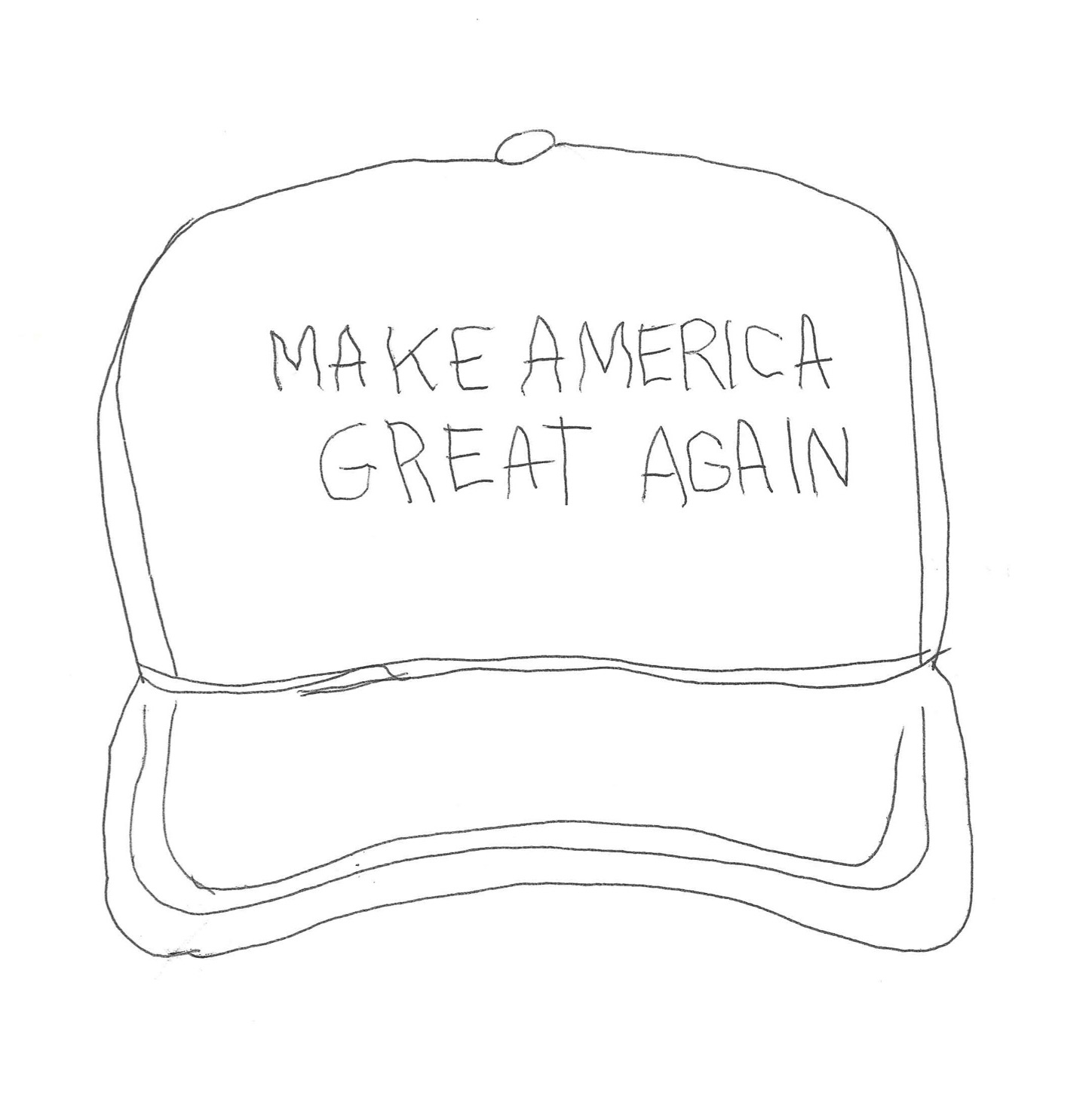 When did you realise you were up to something different?
When I got summoned to Lynwood by a prominent former gang member and found my phone getting taken before an interrogation (of sorts).

Do you have any rituals?
I get up very early (between 2:30-4 a.m.) when I’m working on a piece. I don’t eat during the bulk of the early writing. I like to be literally hungry.

Have you ever read the same book or watched the same film over and over and over?
I read Ask the Dust about once a year. I had a real, solid streak of watching Lady Vengeance once every few weeks fairly soon after it was released on DVD in the USA. That film is incredible.

Who gave you your first break?
My primary lit agent, fierce protector, and self-appointed big sister, Lizzy Kremer at David Higham & Associates. She has stuck with me and has helped me get every break since, too.

Most discouraging moment?
Taking eight years to write a follow-up to a novel we sold to The Weinstein Company in a fairy tale deal; the film was ultimately never made, but when I turned in the next (admittedly very late) manuscript to my then-US agent, he fired me.

First memorable subversive act?
Probably shaving my hair into a mohawk at 17 — rather a big deal when growing up in a military family.

Which “scene” really influenced you?
I still find myself thinking of scenes from John Woo’s Hard Boiled every now and again (especially when Alan betrays his former boss), so let’s go with that.

If you could master any craft what would it be?
Prose. No doubt.

Most offensive thing you’ve ever seen?
I’ve seen a fair few things, but it’s hard to remember them making me as angrily appalled as the things Donald Drumpf spews out on a daily basis.

Growing up what was the most important record to you?
‘The Low End Theory’ from A Tribe Called Quest changed my life. It reconfigured my entire understanding of poetry.

Who/what do you admire that’s under the radar?
Contemporary crime fiction from women of colour here in Los Angeles is on fire right now: Rachel Howzell Hall and her Eloise Norton series, Edgar Award Winner Naomi Hirahara with her Mas Arai and Ellie Rush series, as well as Steph Cha’s Juniper Song being a modern, female Korean American take on Chandler. It’s a really exciting time to be getting these voices and perspectives on a city with so much diversity. Man, everybody needs to read the work of Luis J. Rodriguez as well. Start with Always Running and then don’t stop.

Any vices?
My wife has learned not to turn her back after she bakes a Croatian take on biscotti, I’ll tell you that much.

Do you know the lines to any movies?
“You know how to whistle, don’t you, Steve? You just put your lips together… and blow.” See also: nearly all of The Princess Bride.

Have you ever been fired?
No, but quitting the telemarketing job I did for a few high school summers was magical.

Which posters did you have in your room as a teen?
I’d mostly put up vinyl record covers I got from Goodwill and The Salvation Army. Herb Alpert. The Muppets. David Bowie. Isaac Hayes. The Clash. My room was a giant mishmash of awesomeness, obviously.

Have you done anything really stupid for love?
Stayed in an abusive relationship.

What do you collect?
The work of contemporary Los Angeles artists. One of the great bonuses of being in a collective of artists is that I frequently get told about the work of others they greatly admire.

Last superstitious thing you’ve done?
I lit some incense at the temple for the Gods of Literature and War in Hong Kong before we sold my novel All Involved to publishers. I think it may have worked.

Are you loyal to any brands?
I’m partial to gear made in America. I’m a supporter of Chippewa, Kiriko, SER@LA, and Mr. Freedom. I also get all my tattooing done with Mr. Chris Brand (the best brand of all) at Deer’s Eye here in Los Angeles.

What should Obama’s last act of clemency be?
Revisit criminal convictions in the late ‘80s/early ‘90s to see which ones contain potential tampering from the Lynwood Vikings, a then-secret organisation within the L.A. Sheriffs Department that a federal judge would later call a “neo-Nazi, white supremacist gang.” 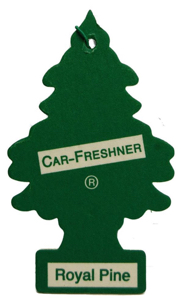 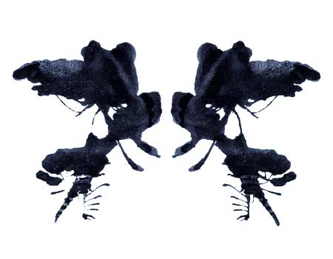 Find out more about Ryan Gattis’ All Involved, out now.

Linkedin
RELATED ARTICLES
OTHER ARTICLES
A new film from Berghaus traces the story of Adam Raja, who left behind a turbulent upbringing to discover the healing power of climbing.
Photographer Sean Maung reflects on documenting a small town in Pennsylvania afflicted by high levels of unemployment, poverty, violence, crime, and addiction.
Photographer Becky Tyrell went down to the fading banger and stock raceway to meet a community desperate to keep it alive.
Author Edward Banches dicusses his new book, which examines the hard rock and metal scenes in five African countries: Botswana, Togo, South Africa, Kenya and Ghana.
A new law change is enabling Britain’s donor-conceived children to know the truth about their origins – but campaigners say the fertility industry must do more to protect people.
At his West Bank restaurant, Fadi Kattan established himself as the voice of modern Palestinian cuisine. Now, he’s bringing his innovative, bold flavours to the UK’s capital.