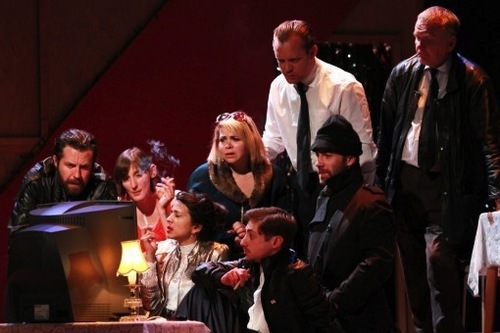 Author and playwright Lasha Bugadze explains how Georgia’s post-Soviet generation of artists are battling for freedom and democracy.

Author and playwright Lasha Bugadze explains how Georgia’s post-Soviet generation of artists are battling for freedom and democracy.

“Why are we writing about this war with humour?” asks Georgian author and playwright Lasha Bugadze.

Russia’s 2008 invasion of Georgia was one of many tragic setbacks in the country’s 25 year struggle to forge its own free, independent and democratic national identity following the collapse of the Soviet Union. “It was unbelievable to turn on the TV and see Russian tanks and soldiers in our cities and villages,” Lasha explains. “We are still in great shock after this war. I would say our politics and society are under stress.”

Lasha Bugadze is a novelist playwright, cartoonist, journalist and TV and radio presenter. His 2009 novel Literature Express was written after the war with Russia and pokes fun at Georgia’s yearning for EU membership and the struggles of small countries like his to stand on their own feet in a world of great power politics.

Georgian artists and writers such as Lasha are at the forefront of efforts to help their society through its existential crisis. As Putin destabilises the smaller post-Soviet states on its borders to frustrate their efforts towards autonomy, they’re helping Georgians cope with the ongoing stress of living under the imperialist shadow of Russia. But the weapons of choice for Georgia’s artists are not nationalistic propaganda or anti-Russian agitprop, but humour, satire and surrealism.

After Georgia declared its independence in 1991, the country struggled through a decade of power-cuts, corruption and economic collapse as it tried to find its feet. Georgian artists and writers, such as Lasha, pushed back against conservative forces within their own country and worked to power a creative and democratic upsurge that hit its stride in the 2000s. “During the Soviet-era and the ‘90s, everything was closed and everybody was scared of one-another, but now it’s very open,” Lasha explains.

The new generation still encounter those trying to curtail their freedom of expression, as Lasha discovered during the firestorm that erupted after he penned The First Russian. His satirical tale speculated on the twelfth century relationship between Queen Tamar of Georgia, a revered historical figure, and her Russian husband Yury Bogolyubsky. “Of course nobody read it,” Lasha says with a wry smile, but he was declared anathema by the Georgian parliament and church.

“The Georgian orthodox church became the new post-Soviet ideological institute,” he says, “attempting to draw the line between what can and can’t be discussed, with the same Soviet rhetoric.” But the forces of reaction can’t contain the new generation’s energy, Lasha explains. “Everything in Georgian art, especially in literature, is very open,” he underlines. “Sometimes it’s very radical. The young generation don’t have the Soviet past, they are more open and democratic. They can say what they want.” 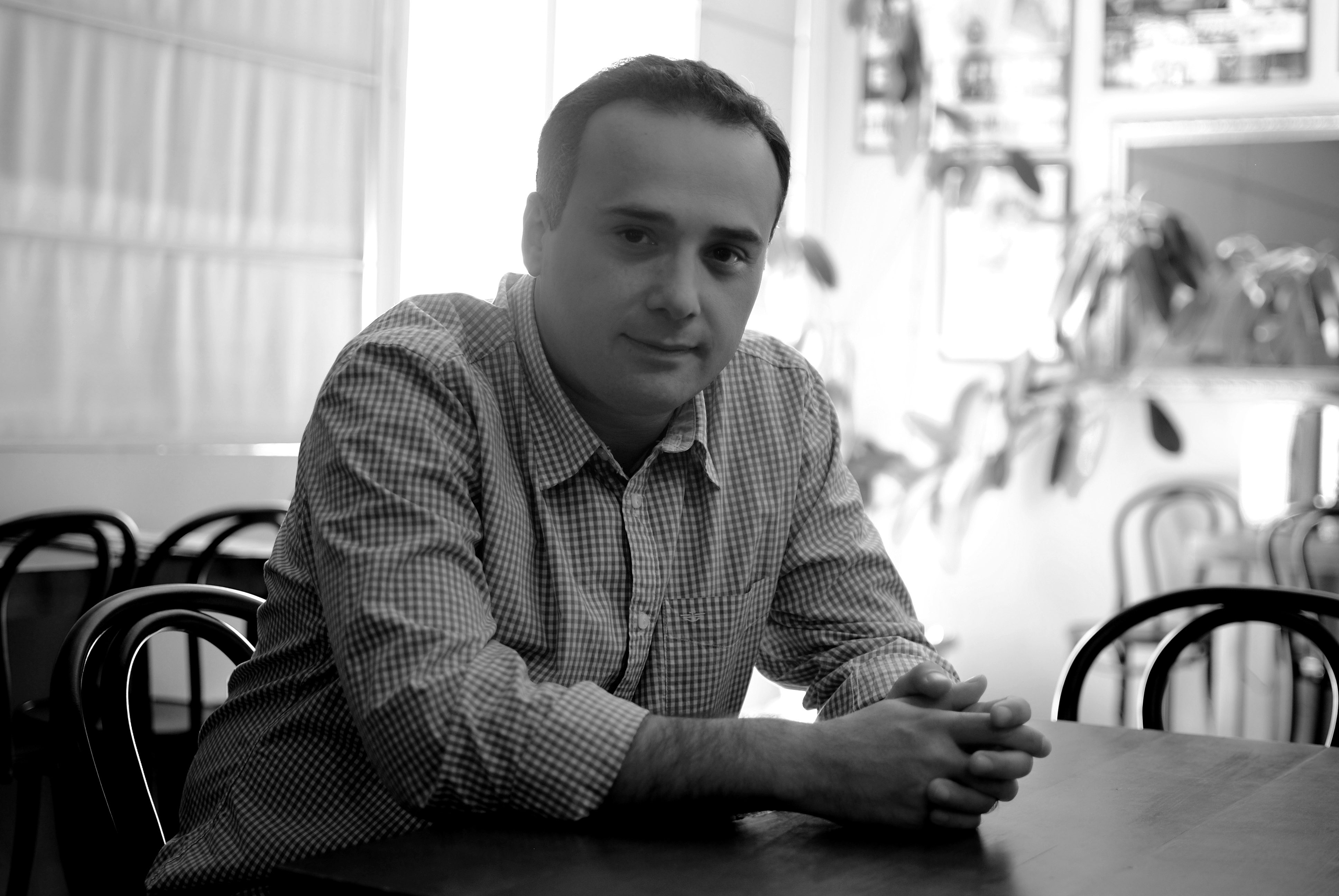 Georgians rose up repeatedly to demand more rights, such as during the Rose Revolution of 2003. But in 2008, this march of progress was halted when Putin engineered a war with his tiny southern neighbour, establishing and the contested regions of South Ossetia and Abkhazia as “independent” republics, under Moscow’s thumb. After this event, for Lasha, the greatest barrier to freedom of expression became Putin’s Russia.

One of Lasha’s many artistic responses was the mono play, Putin’s Mum, which satirises the mysterious Vera Putina, a Georgian woman who since 1999 has claimed Vladimir Putin or ”Vova” is her lost son. She has been an ardent supported of Putin’s imperialist ambitions, and appeared on TV during the Ukraine conflict holding a placard that said ‘Putin Kill These Ukranians’. “I wrote about this old woman who wants this great vendetta,” Lasha explains. “Of course it’s not about Vera Putina, but it’s about these people who believe that Putin or this new nationalism and new xenophobic and imperialist mindset is very good now and the alternative to the West and Europe.”

Lasha’s play The President Has Come To See You was performed at London’s Royal Court and theatres around the world. It’s an surreal comedy about cowardice and power, set during one night of the 2008 war, in which the president abandons his command centre and flees into the city to hide in the homes of his unsuspecting civilians.

Lasha explains none of the memorable works to have approached the trauma of the 2008 invasion have been straight-laced. So why always with humour? “[This laughter] is a reflection of our survival instinct,” he says. “Maybe it’s this hysterical, neurotic laughter, but it’s very important for us. Because if we look tragically at events, it would not be possible to continue our lives. When we see people going to the theatre and laughing around us, it helps. We’ve had our share of problems since the collapse of the Soviet Union 25 years ago, but art and humour are the tools we use to fight our existential crisis.”

Lasha Bugadze is taking part in Where Europe Meets Asia: Georgia25, a week of talks and films in London curated by Maya Jaggi. He joins Guardian books editor Claire Armitstead in conversation at Asia House on Thursday 14 April from 6.45pm.

Linkedin
RELATED ARTICLES
OTHER ARTICLES
The two-day long event returned to London this year, showcasing a spectacular parade, steel bands and Caribbean food.
As the Scottish government announces a rent freeze, an activist with Living Rent who fought and won shares how they did it, and what must come next.
In his 2008 series, the photographer pictured himself as Angela Davis, Martin Luther King Jr., Malcolm X, and other prominent figures.
Following the announcement of an 80% hike in the energy price cap from 1st October, crowds gathered outside the offices of energy regulator Ofgem to protest and declare their intention to undertake a payment strike.
Yesterday thousands gathered outside Buckingham Palace after news of the Queen’s death broke.
Cindy Campbell recounts how her brother ushered in a new era of musical culture at a party she held in the Bronx in ‘70s.