Art & Culture / How to break into publishing, Riot Grrrl style 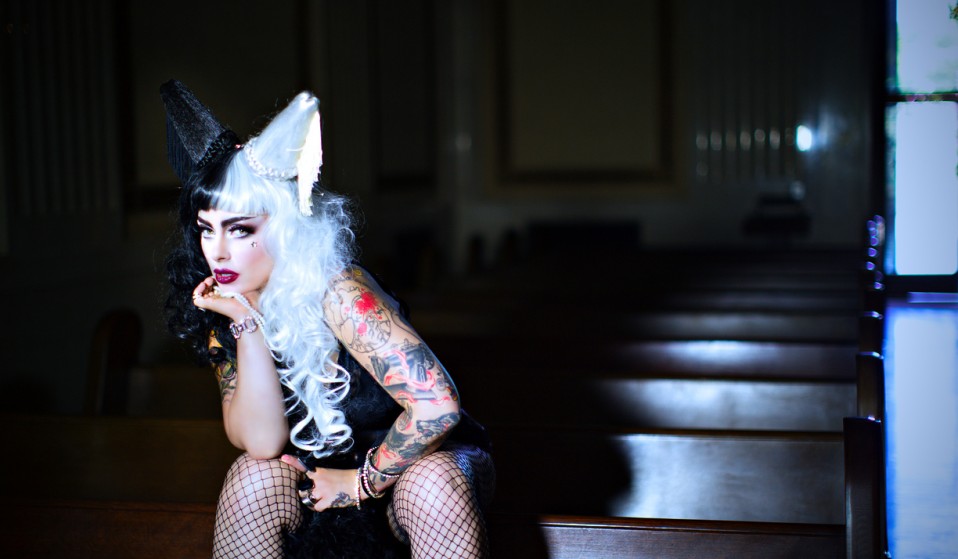 One writer's guide to packing a creative punch.

Writer Tiffany Scandal is building a platform for fresh voices via Portland’s King Shot Press, a DIY publisher of radical books and ideas. This is her guide to making yourself heard and packing a stylistic punch.

Tiffany Scandal is a straight talker, describing herself as “the woman most people would never want to meet their parents”. But she also knows how to harness her words as a powerful vehicle.

After being fired as a social worker for her involvement with Suicide Girls, Tiffany dug herself out of depression by firing off a bizarro novella called The Hipbreakers in just two weeks.

Four years on, she’s the managing editor of Portland’s King Shot Press – ‘a DIY publisher of radical books and ideas’ – while still maintaining her own creative output.

Tiffany’s breakthrough novel, Jigsaw Youth, is the fragmented story of a woman told through a punk-rock lens. It brims with all the energy of an author uninterested in waiting for mainstream discovery, addressing an audience hungry for the kind of stories most publishers would consider unsellable anyway.

It feels like indie publishing is starting to gather real momentum. How do you see it developing over the next five years?
I’ve heard people refer to this as ‘the golden age of indie literature’. While I’d have to agree that there are a lot of amazing and talented authors emerging, I also see that too many books are coming out and there too many fragile egos; too many blowouts on very public forums and too many bridges getting burned.

I hope that in five years, the scene can keep its momentum going. I want books to keep coming out that completely challenge every thought you’ve ever had about literature: unheard voices screaming on paper, leaving you feeling like you’ve just been punched in the gut.

What advice would you give to someone trying to break into that world?
The dream of a lot of writers is to have a successful book published through a large press. Why? Distribution. They can get books into a lot of places, and they usually have a pretty substantial budget for marketing and promoting. All of this sounds great, yeah? It’s just not that easy.

It’s tougher to get picked up by one of these presses, especially if you don’t have an agent. And even once you get in, sometimes your message or intent gets changed for marketability. A friend of mine had a memoir published through a large press and an editor told her she had to end every chapter on a positive note if she wanted the book to be published. 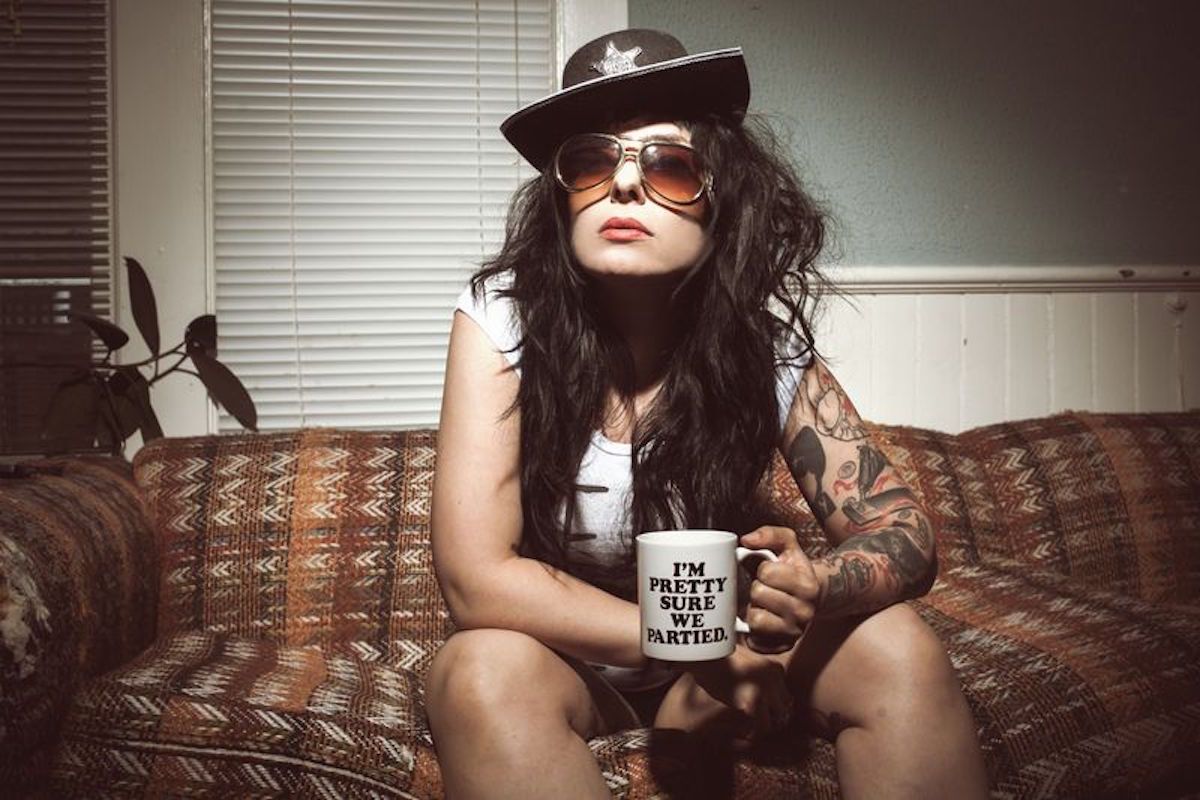 Taking the indie route, there’s more artistic freedom but the trade-off is that distribution is a lot smaller and there is little to no budget for marketing/promoting. Indie books heavily rely on word-of-mouth recommendations. And if no one knows who you are, you better be putting yourself out there or else your work will be buried under every other book by every other author.

With Jigsaw Youth, I laid it out exactly how I wanted and even designed the cover. That only earns me about half of what one of my paychecks from my day job would be, but I have a lot more say in the final product. Plus, I never got into writing for the money… though it is nice when it can pay for a little more than a cup of coffee every month.

Any other pointers worth bearing in mind?
Look at the book you have and figure out who your audience is. What books could yours be compared to? And who’s published them? Research those publishers, then see if they’re accepting unsolicited submissions. Draft a nice cover letter and try to sell what you have and why you think that press would be the perfect fit.

If you can’t sell them on your idea in the cover letter, that manuscript is going in the trash. Also, don’t submit to multiple presses at the same time. I’ve seen people get rejected just because they emailed two different publishers who happened to be having a beer together – both of their phones went off at the same time with a new email alert. And the kicker? It was the same cover letter for both presses, starting with a generic, ‘Dear sir/madam….’

How would you describe yourself to audiences who may not be familiar with you?
I’m heavily inspired by the Riot Grrrl movement and firmly believe that women shouldn’t be afraid to love sex, swearing, drinking, spitting and fighting. I’ve also modeled and photographed for Suicide Girls, an online community that celebrates alternative beauty through nude pin-up portraiture.

I’ve definitely gained more than a fair share of stories from my experience working with them. I started writing because I felt that certain voices weren’t as represented. I wanted to read books that were raw, fierce and challenged societal norms, all while keeping true to punk-rock roots. I’m also a huge fan of David Lynch and surrealism, so combine all of those elements and you pretty much have one of my books. 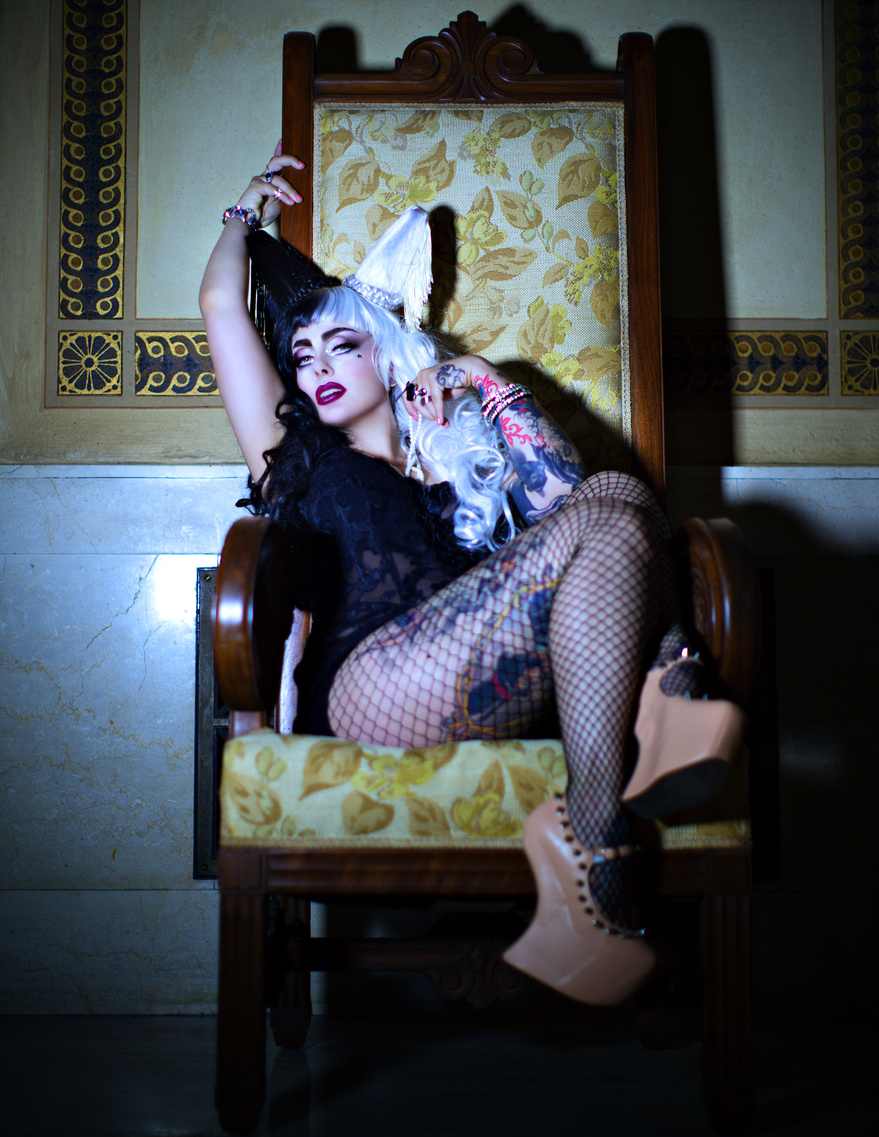 Balancing a day job with writing is always difficult. How do you make that work?
Oh, it’s busy. I still get a fair amount of writing in but it does involve making quite a bit of sacrifice. My social life is shit, my home looks like garbage, intimacy is basically managing to fall asleep in the same bed. My cats have taken to trying to conceal my laptop with their bodies whenever it’s not in use.

What have you got planned for 2016?
Oh, man… If I can get my shit together, I should have two new books out. Jigsaw Youth will be released as an audiobook (courtesy of Talking Book). I’ll have a new chapbook (a zine-like booklet containing short stories, poems and artwork) in the Ladybox Vol 2 collection. I also hope to have three new short stories published and to set up a co-operative for traveling writers in Athens, Greece.

Finally, if you had to pick out one t-shirt in your wardrobe, what would be your favourite?
It’s a black t-shirt with a white, black and red image of the boy from David Lynch’s short film, The Grandmother. I saw it in the window of a thrift shop here and immediately ran in to buy it – it’s my favourite short by Lynch and the design is so creepy. No one ever wants to talk to me when I wear it.

Richard Daniels is author of the novella The Nobody People.

Linkedin
RELATED ARTICLES
OTHER ARTICLES
A new law change is enabling Britain’s donor-conceived children to know the truth about their origins – but campaigners say the fertility industry must do more to protect people.
After building his reputation covering the US civil rights movement in the 1960s, the photographer went on to produce some of the most enduring images of the past century.
After blocking the Scottish government’s gender recognition reform bill, Westminster is now devising further changes to the law to make it harder for trans people to self-identify.
Mass crustacean die-offs in the North East have led a community of fishermen to take action to save their seas.
Activists and campaigners are fighting back against new laws that would seriously undermine the ability to take industrial action, calling it an attack on fundamental workers' rights.
David 'Dee' Delgado’s photo project is about honouring and uplifting the city of his youth, and a world rapidly disappearing under the relentless onslaught of gentrification.