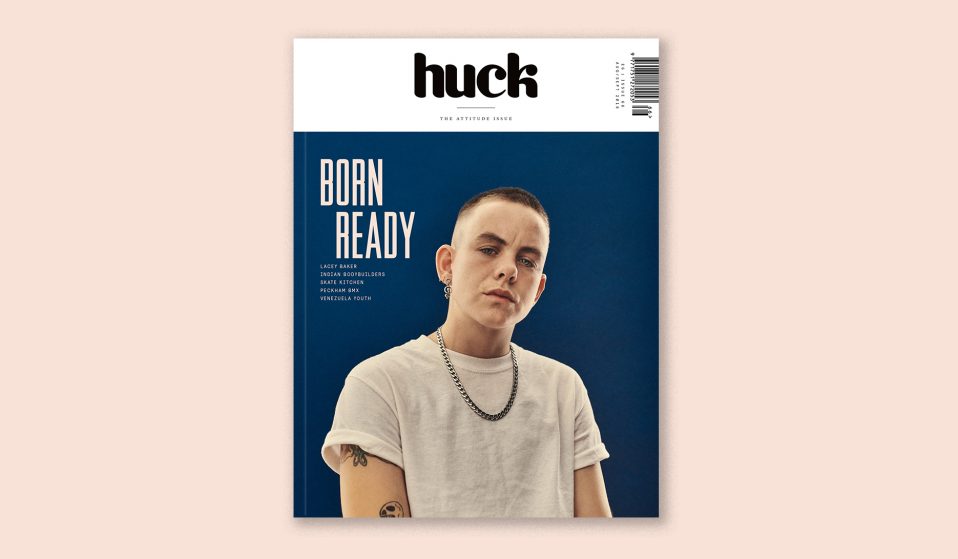 This issue is all about determination – to reject the status quo, to rise above the noise or just to forge your own path in life.

Attitude is the fastest route to self-empowerment. It’s the force that shapes our reality, the fuel that drives our dreams, the border line that maps our future.

It’s not something that can be bought; you can’t learn it overnight. But once you’ve found the right mindset, no one else can ever take it away. 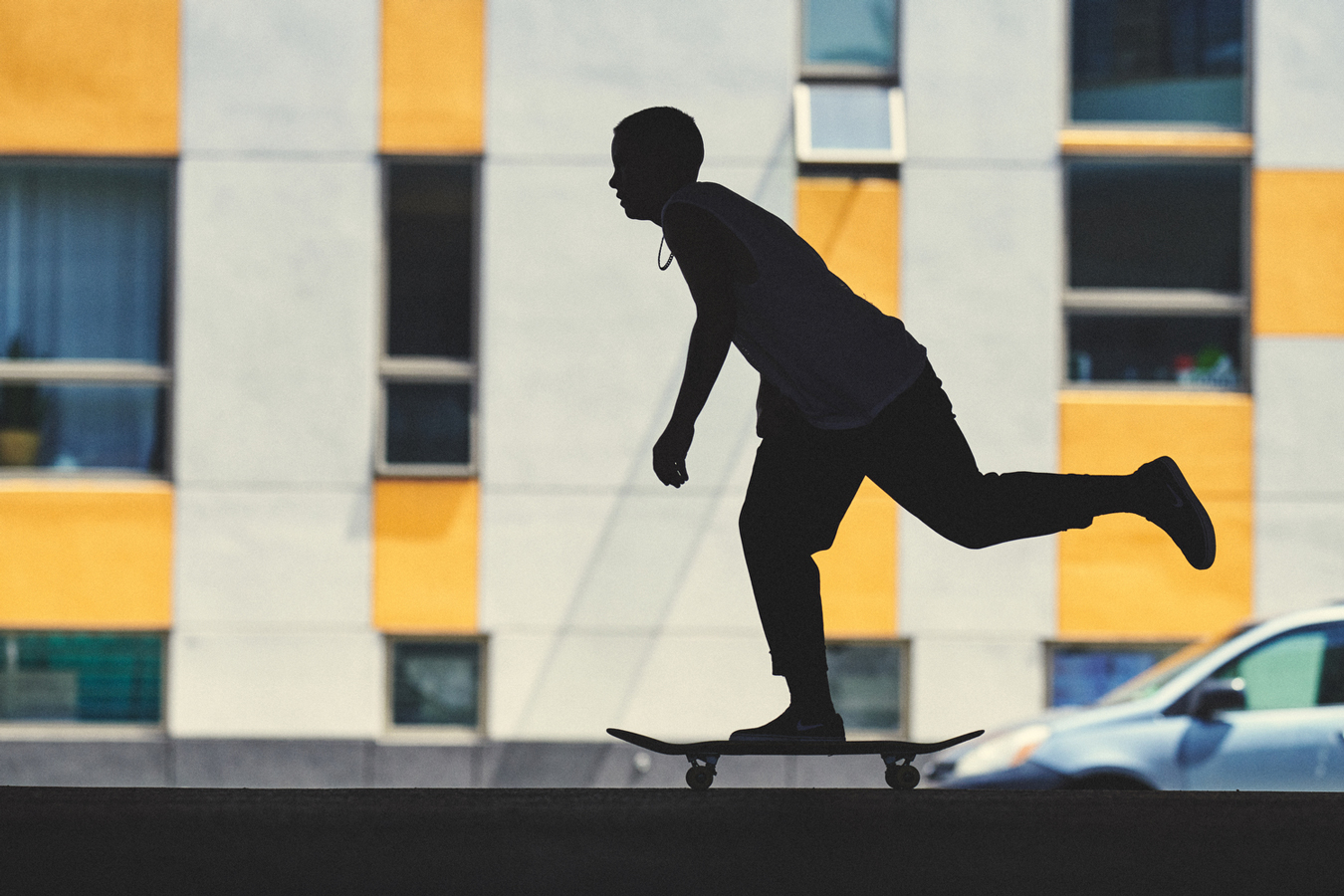 Lacey Baker
As a game-changing talent with an unapologetic voice, Lacey Baker’s defiant approach to the skate industry hasn’t always made for the smoothest ride. But now that her determination is paying off, it finally feels like she’s in the right place. 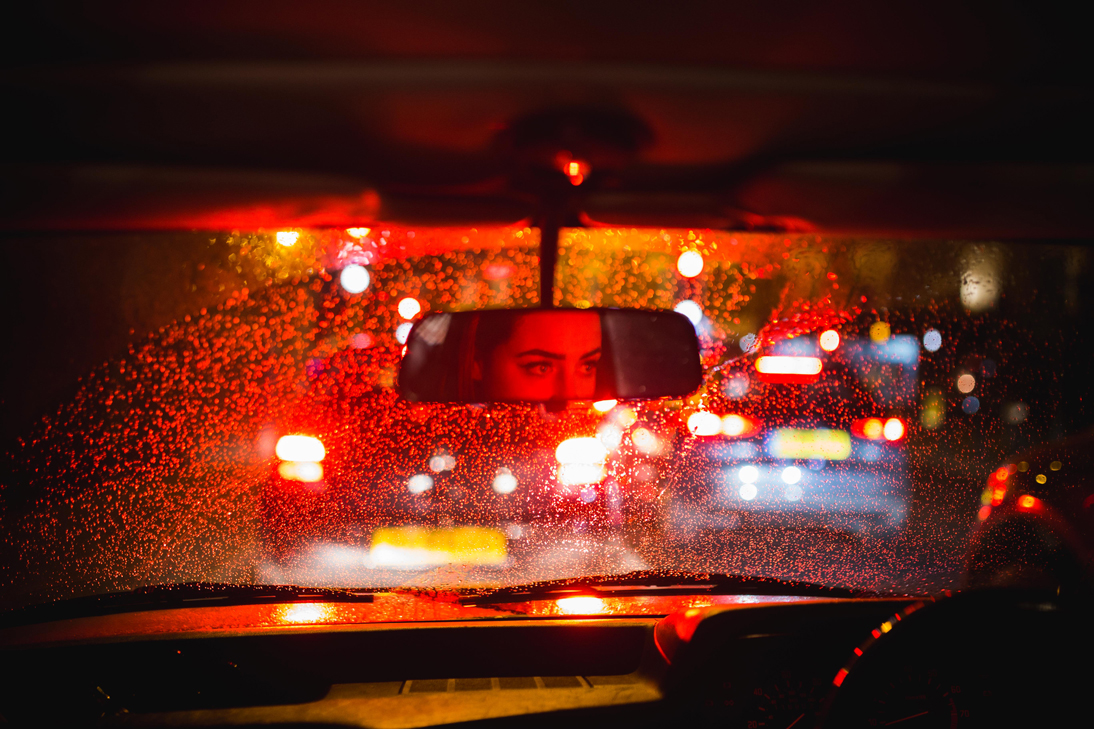 Queen B
Becky Evans is carving out a space for young women in car culture: a new generation of petrolheads ready to stamp their style on a scene that once seemed off-limits. 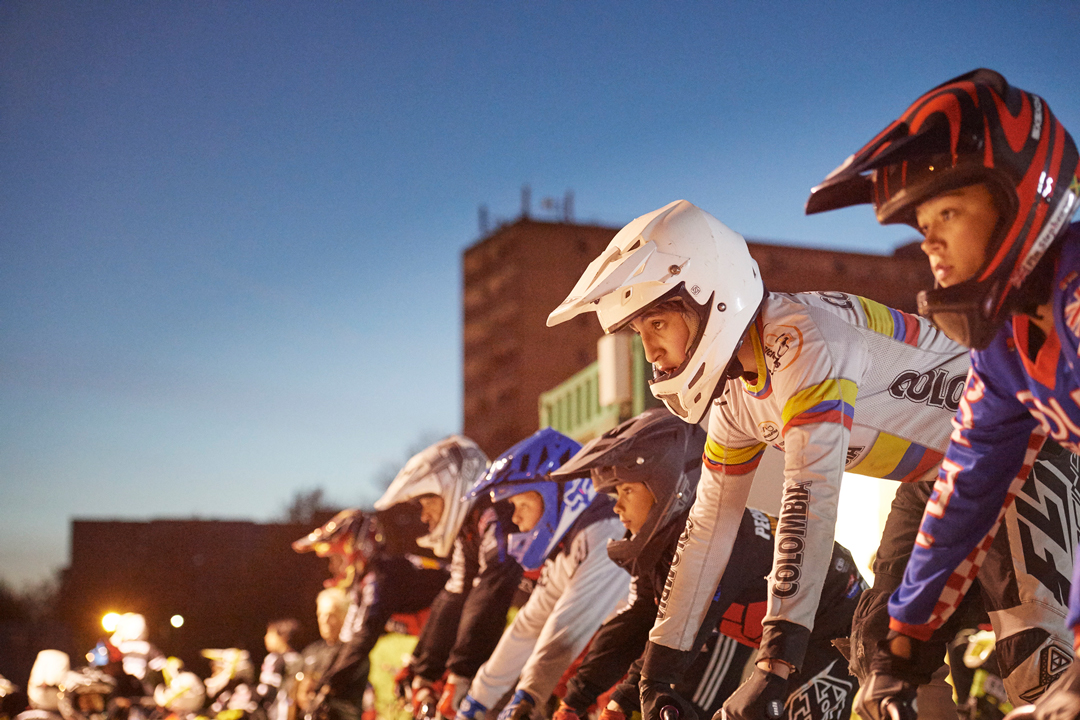 Peckham BMX
After starting out with just an abandoned track to call home, a penniless BMX club in South London went from being laughed at by rivals to producing some of the world’s best riders… although they’re not ready to give up a reputation as scrappy underdogs just yet. 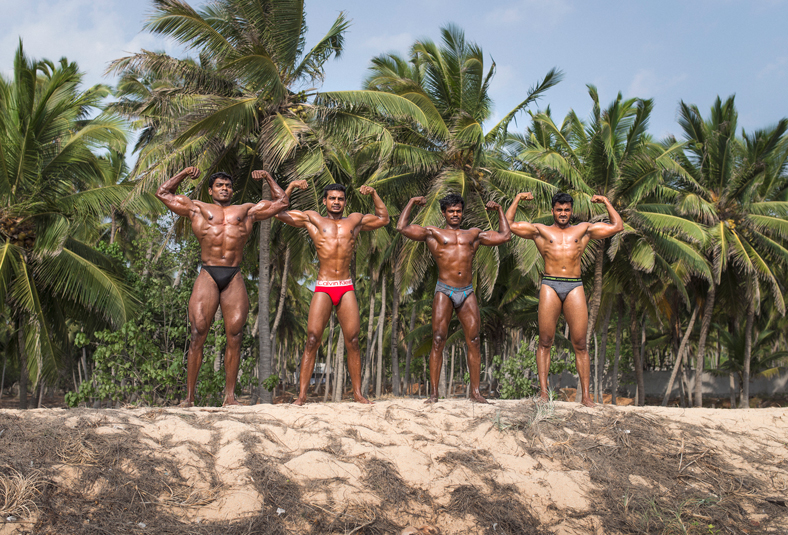 Standing Tall
India’s bodybuilding boom has revealed the aspirations of a new generation: young men willing to turn their backs on tradition and compete for a better life, even if it means sacrificing everything. 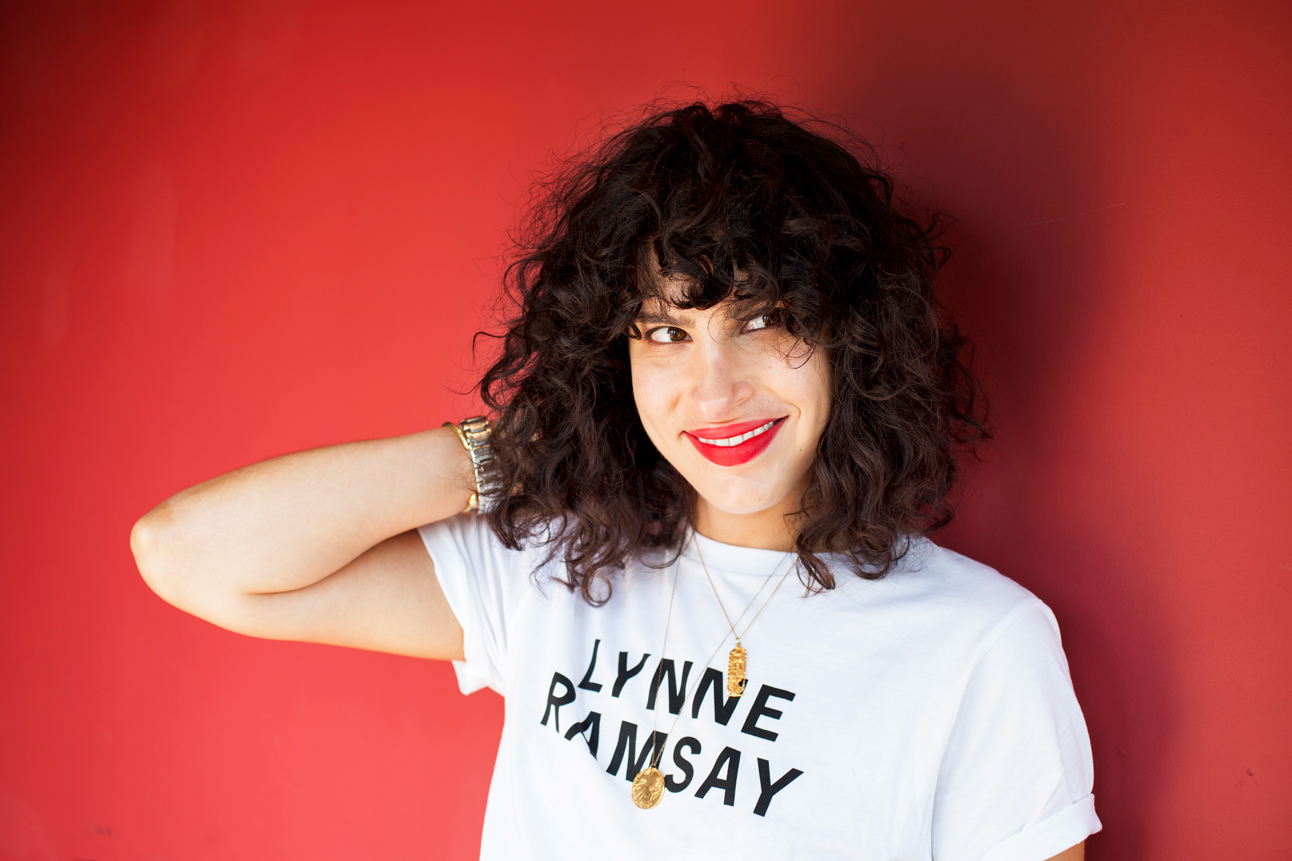 Desiree Akhavan
After winning the top prize at Sundance for a coming-of-age film about LGBT teens, Desiree Akhavan has battled self- doubt to realise her dream as a director. But in a medium with few opportunities for outsiders, she knows success is never straightforward. 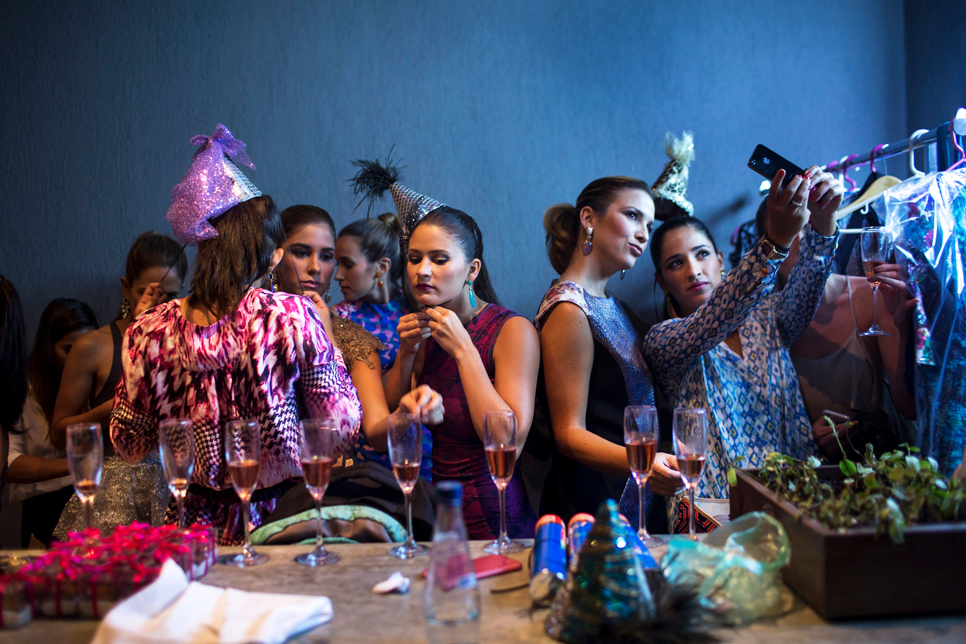 Venezuela Youth
The crisis in Venezuela has changed young people’s lives forever. Yet whether they choose to leave or stay put, the scope of their ambition remains the same – no matter how tough things get. 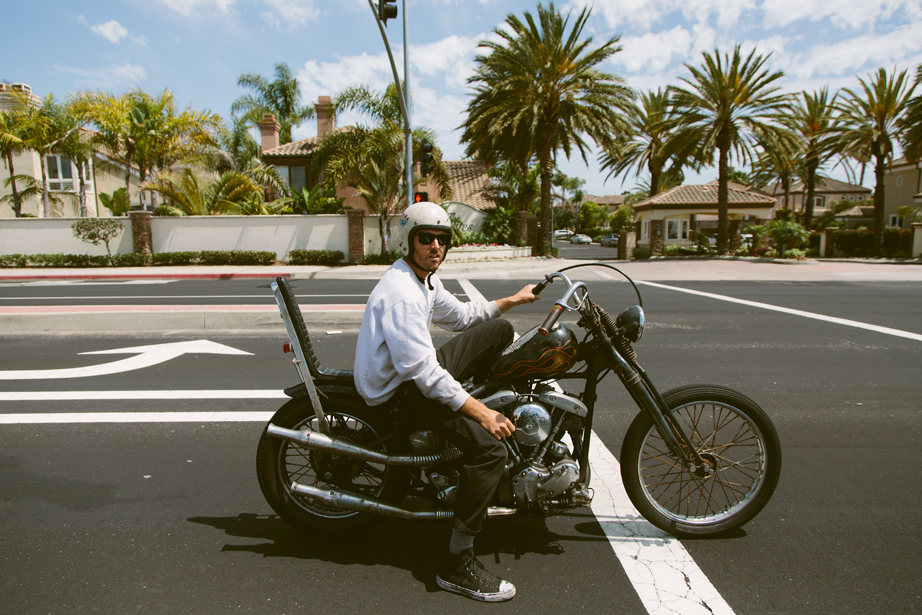 Cycle Zombies
As a fun-loving crew who bring old motorcycles back from the brink, the Stopnik family have come to define an alternative image of Californian cool: bikers who surf, skate and know how to get the most out of life. 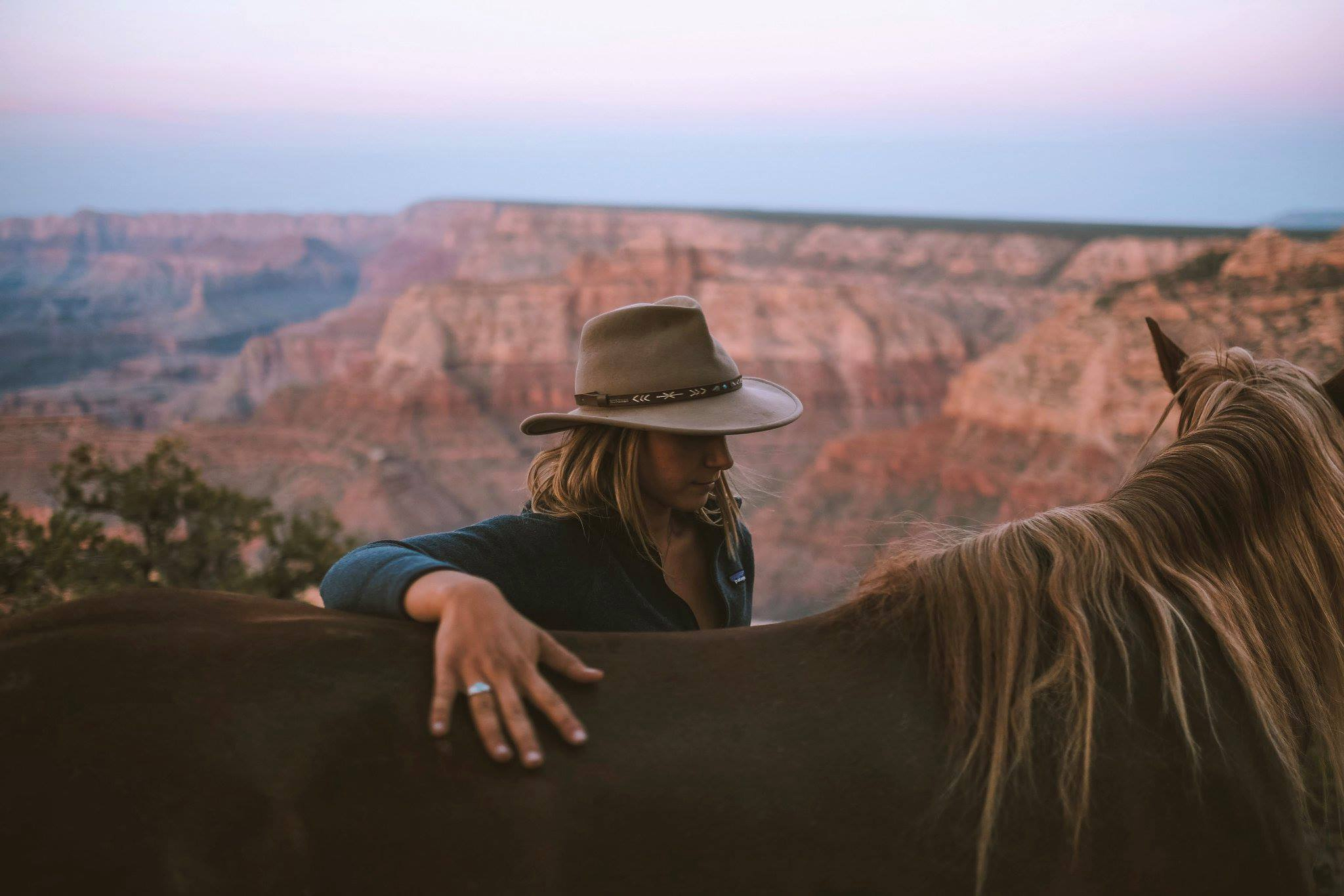 Riding Wild
Aniela Gottwald is trekking across the American wilderness – on horseback – to campaign for better environmental protection. But having battled hardship along the way, the 26-year-old has discovered a sense of resilience she didn’t think was possible. 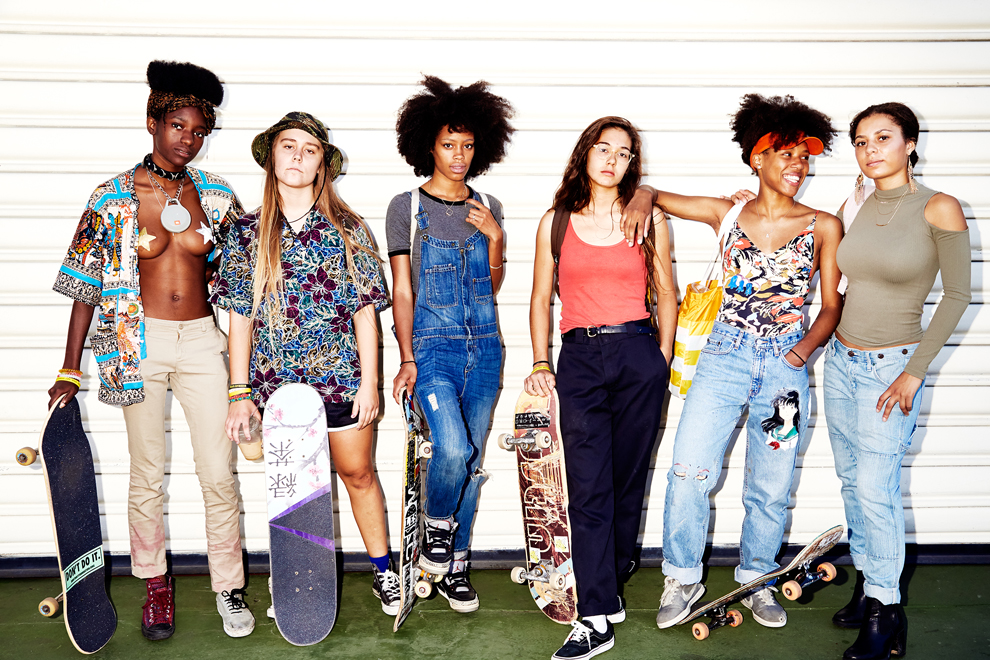 Skate Kitchen
Skate Kitchen is an all-female crew running the streets of NYC. Now that a new film is poised to share their story with the world, they’re on a mission that feels much bigger than skateboarding. 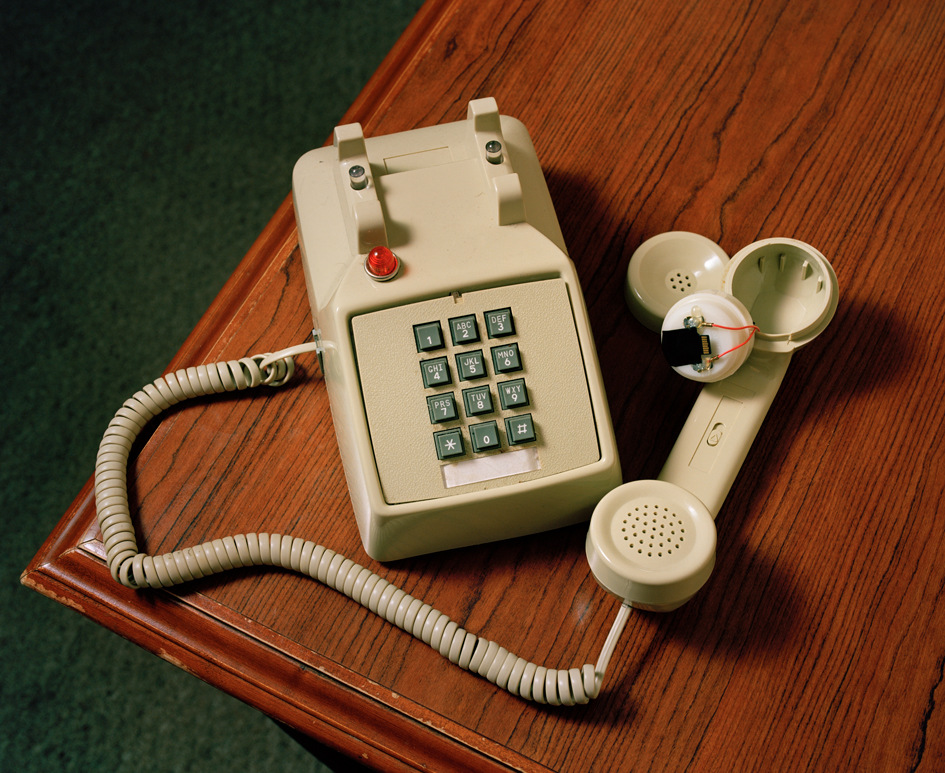 Post-truth Photography
Photographer Max Pinckers has crafted a portrait of America in the fake news era. Pulling from staged scenes, media coverage and original interviews, he shines a light on a country fixated with its own mythology – one where anyone can shape their own reality. 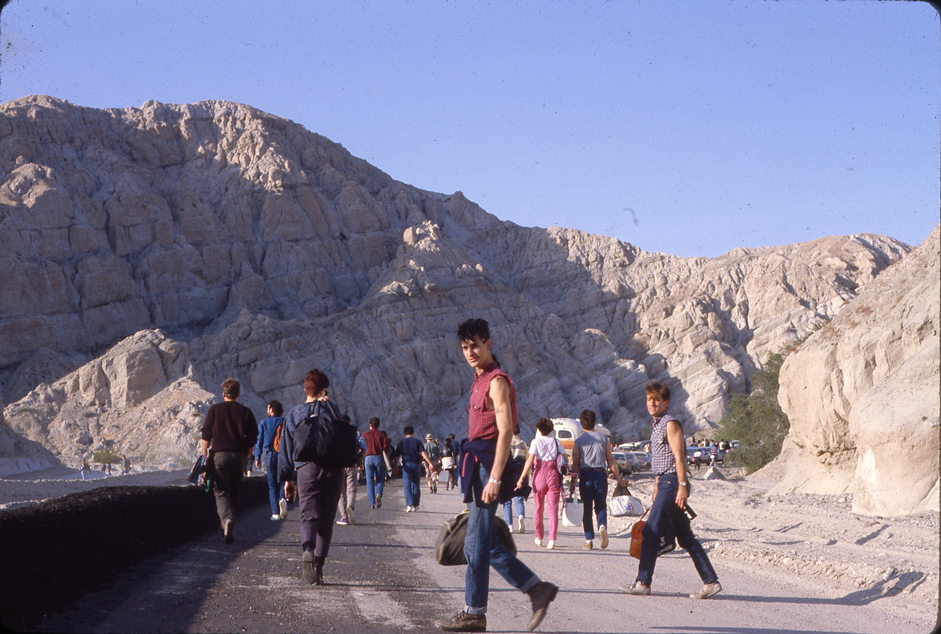 Desolation Center, guerrilla gig-makers
After police kept thwarting LA’s punk scene, a 20-year-old fan decided to put on a series of gigs in the desert. When bands like Sonic Youth, Minutemen and the Meat Puppets signed up, it turned into a DIY spectacle that paved the way for Burning Man. 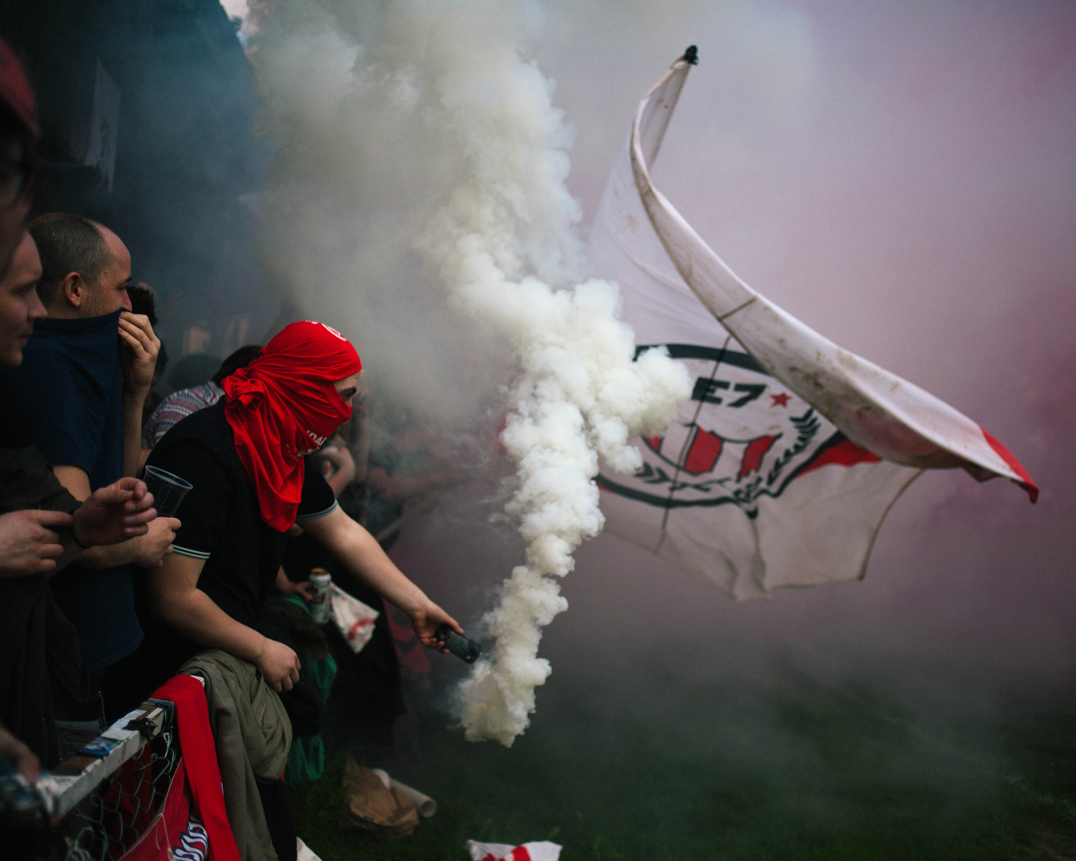 Clapton Ultras
In a corner of East London, a grassroots movement is helping football rediscover its soul. But in a bid to preserve one team’s tradition of inclusivity, fans are being forced into a move they never imagined: forming a new club of their own. 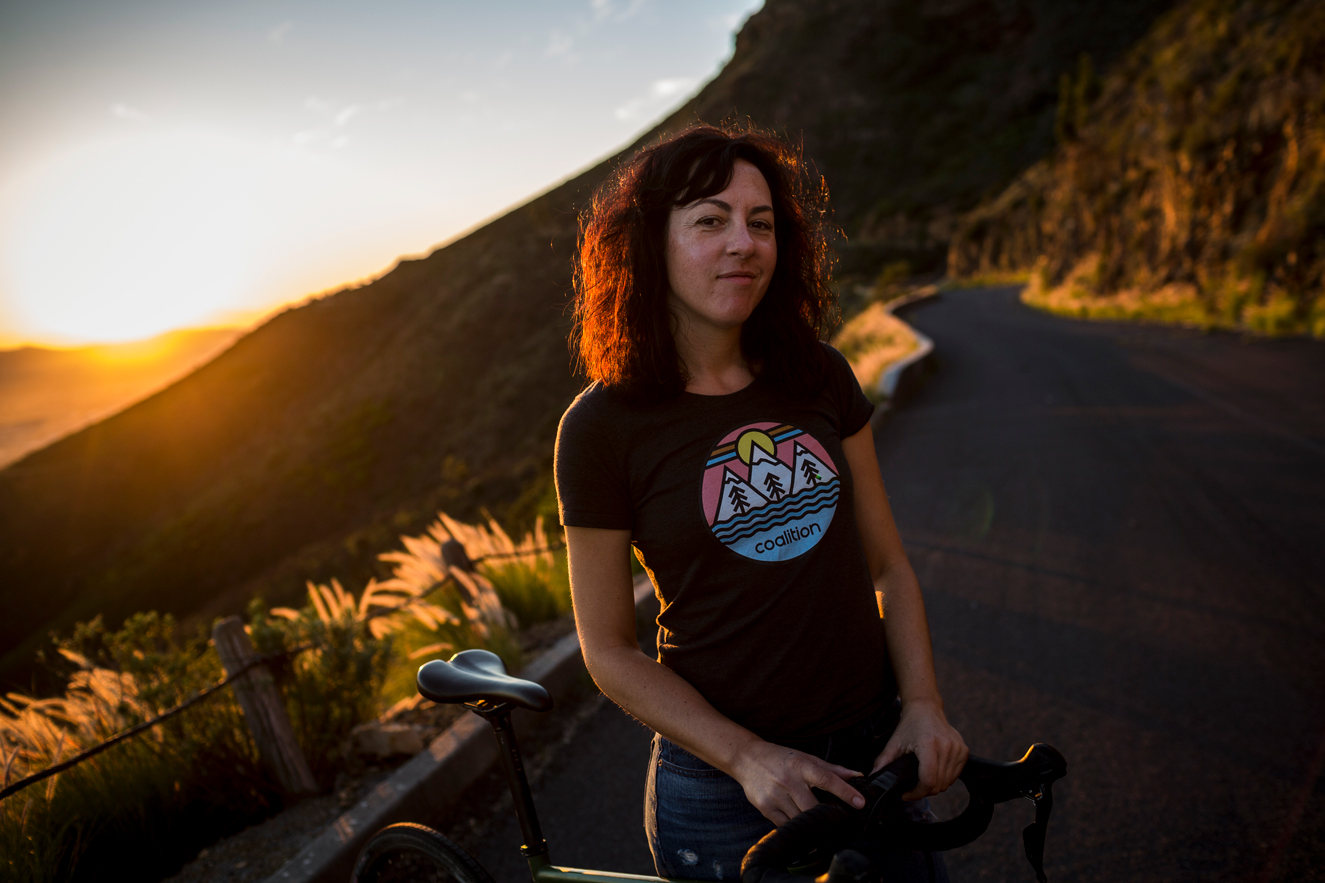 Coalition Snow
After seeing a shortage of women in the outdoor industry, Jen Gurecki launched the only ski and snowboard gear made by women, for women. Now known as the Beyoncé of snowsports, she’s determined to grow a sisterhood of shred. 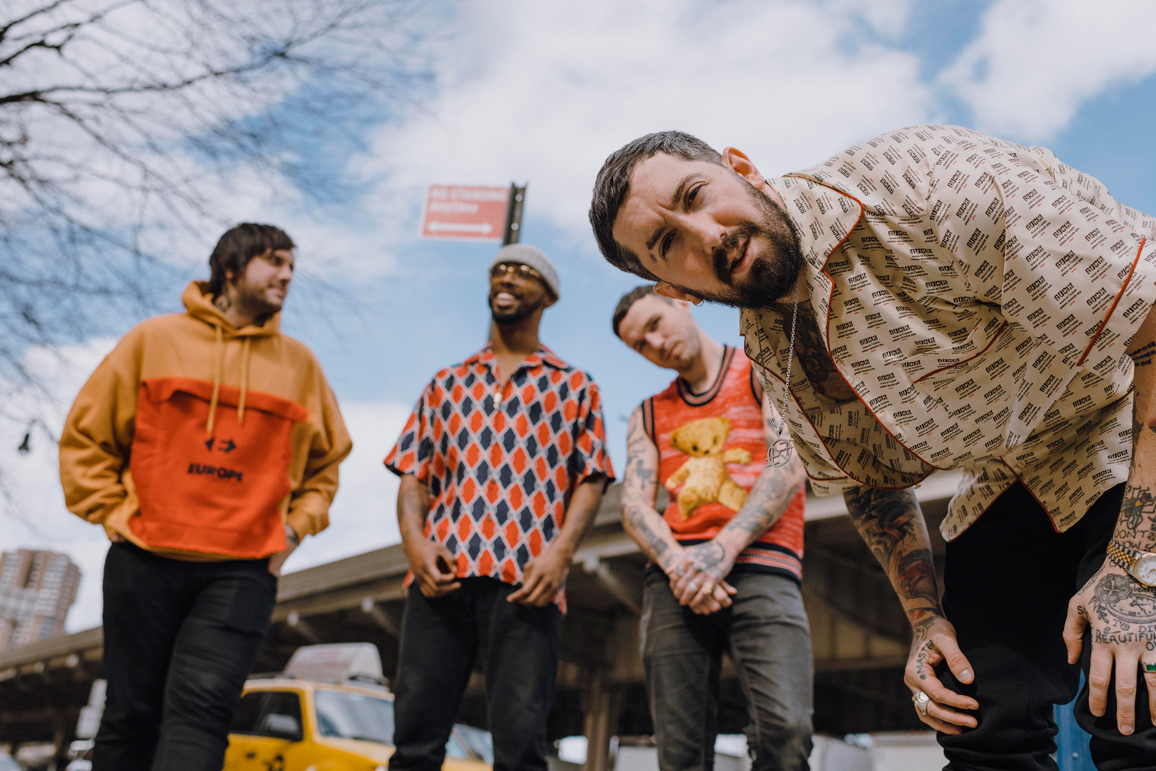 Nothing
Philly rock band Nothing have braved a tough road – from death and beatdowns to prison and scandal – but now that they’ve reached their apex, frontman Domenic Palermo is making peace with chaos. 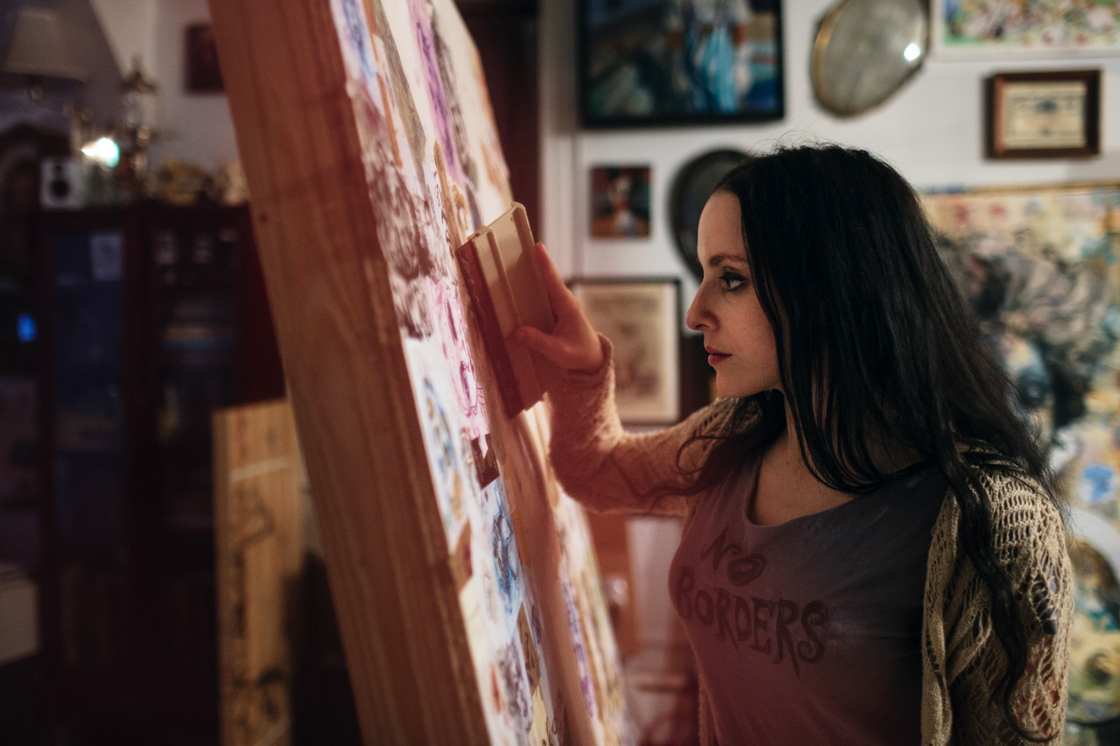 Molly Crabapple
Artist and journalist Molly Crabapple has been challenging those in power since her sketches of the burgeoning Occupy Wall Street movement gave way to an unparalleled run of humanised reporting. She talks us through the ways we can all bring about positive change. 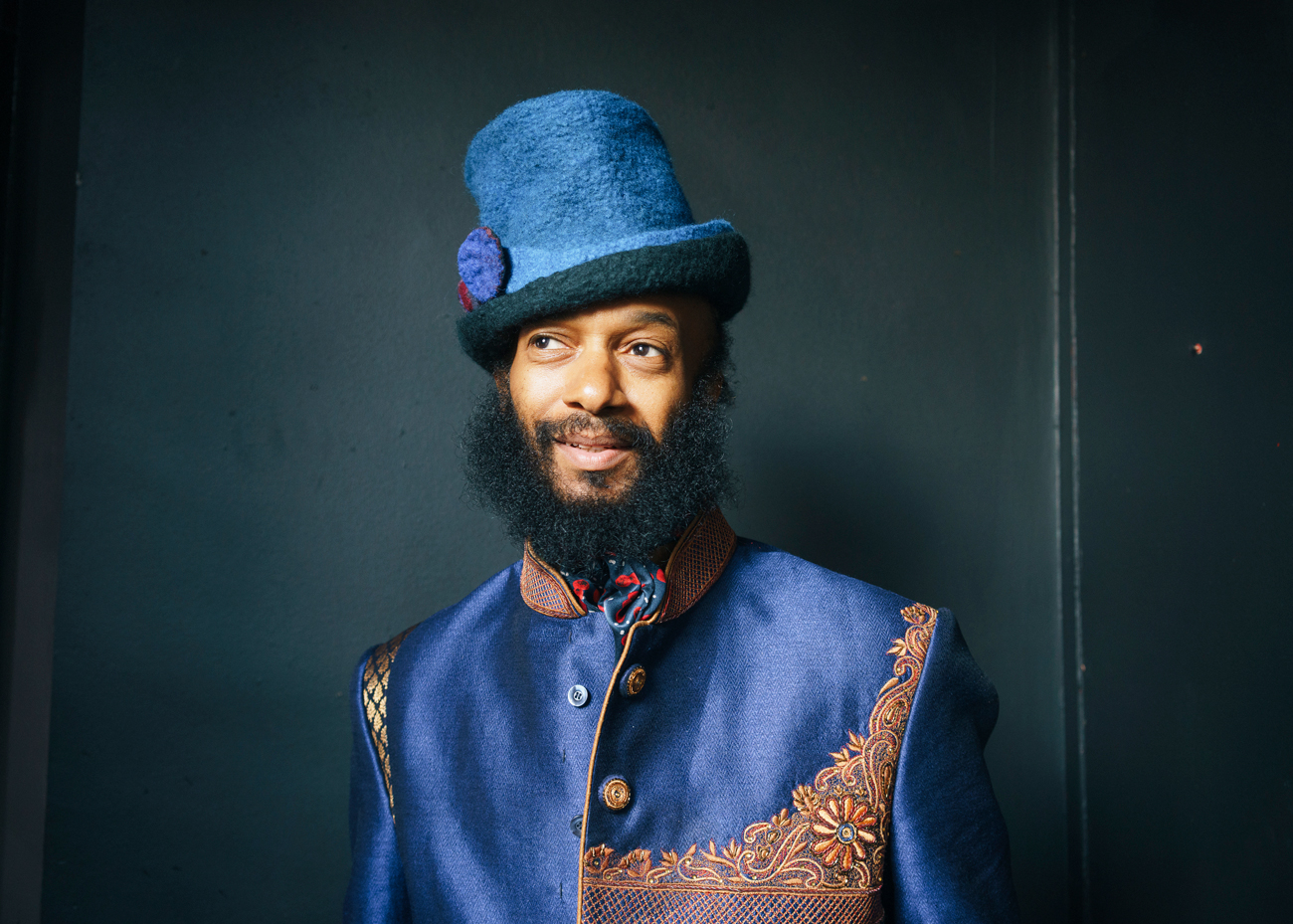 Fantastic Negrito
After eating out of garbage cans and hustling through music school, a car crash nearly killed Xavier Dphrepaulezz. Then he reinvented himself as Fantastic Negrito, winning a Grammy in the process. Now, having bypassed the gatekeepers, he feels ready to save the world.

Order Huck 66 – The Attitude Issue in the Huck Shop or subscribe to make sure you never miss another issue.

Linkedin
RELATED ARTICLES
OTHER ARTICLES
Financial turmoil is pushing people who work in the sex industry into more dangerous and desperate situations as a means of survival.
Birdy Chu reflects on documenting the historic moment in which the territory was formally passed back from the UK to China.
Rhiannon Adam spent three months capturing an ageing society wracked by division, isolation, and the aftermath of scandal.
Following the announcement of an 80% hike in the energy price cap from 1st October, crowds gathered outside the offices of energy regulator Ofgem to protest and declare their intention to undertake a payment strike.
The two-day long event returned to London this year, showcasing a spectacular parade, steel bands and Caribbean food.
Ahead of the release of their first collaborative album, the producer and rapper talk psychedelics and the state of UK hip hop.