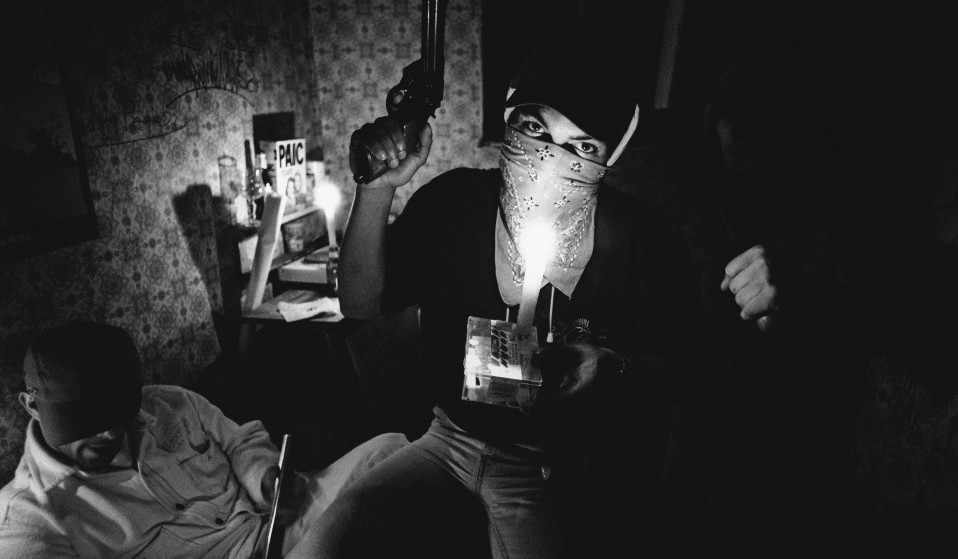 With the year reaching its end, Huck compiles its most popular interviews of the last twelve months. 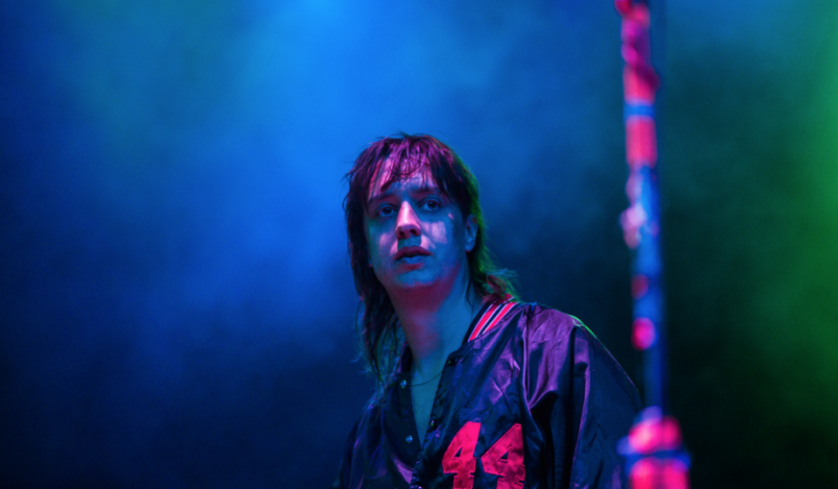 Four hours in Philadelphia with Julian Casablancas (February)
The frontman of The Strokes introduced us to his brand-new band, Julian Casablancas and the Voidz, during a four-hour interview that involved a lot of waiting around:  “I always say it’s ‘kind of’ a protest record. I mean, it’s universal… It’s not all about election ’08, or whatever… I feel like I’m sounding interview mode-y. Bear with me. I’ll try my best.” 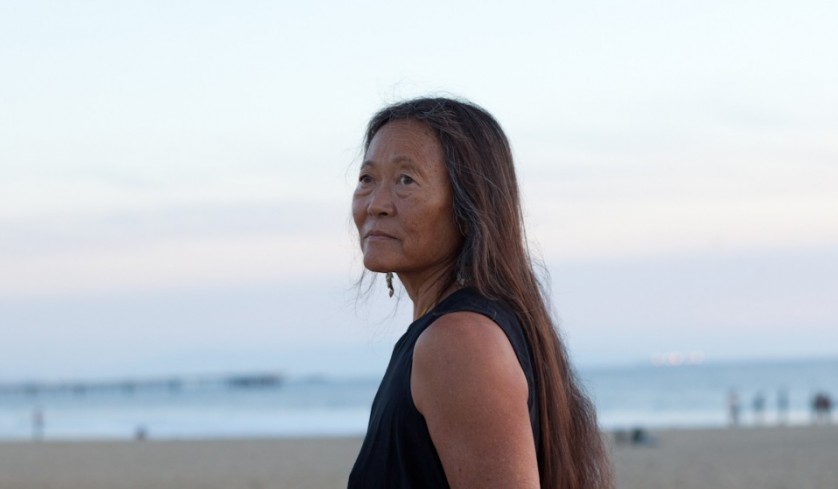 Dogtown legend Peggy Oki is fighting to protect our oceans (April)
Former Z Boy Peggy Oki pioneered skateboarding alongside the likes of Jay Adams. Now, ever since a chance encounter with a gray whale out in the surf, she’s using all that radical muscle to help save ocean-dwellers of all kinds: “I went whoaaaa. And then it went back down. Then another whale came back up. I saw this beautiful arching back and thought, ‘They know something about me.’ I felt like I was being called to do something.” 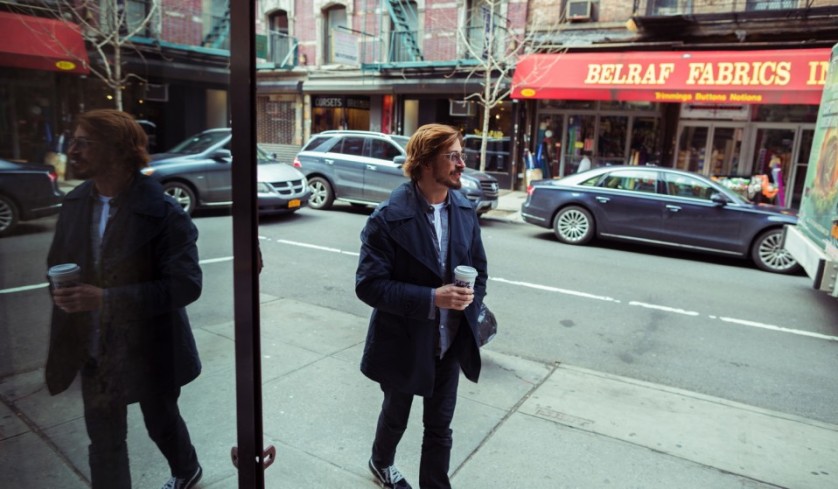 Zoo York co-founder Eli Morgan Gesner on the truth about ‘success’ (May)
“The house, the hot car, a dope sneaker collection — it’s a fucking lie. The value in life, is life.” 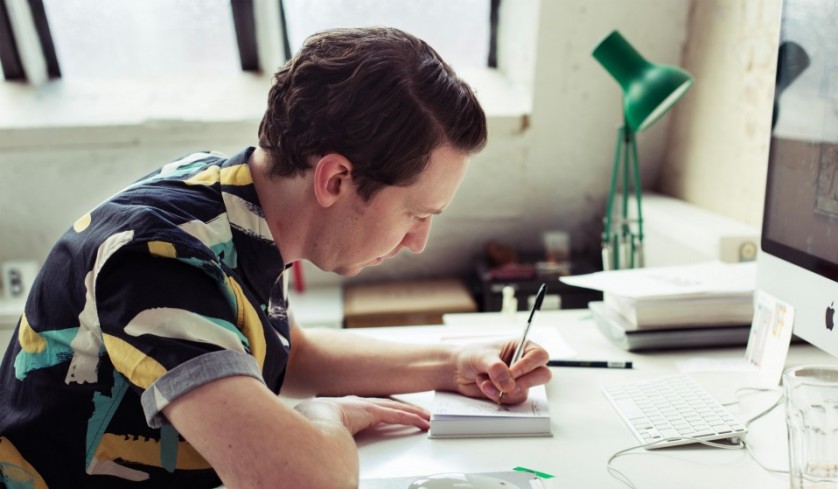 Mr. Bingo found success in art by learning to say ‘no’ (June)
“I’ve worked with people like the Washington Post, Byron Burgers, Jimmy Carr, The Mighty Boosh and Doritos, but what I’m really good at is drawing dicks on postcards and sending them to strangers.” 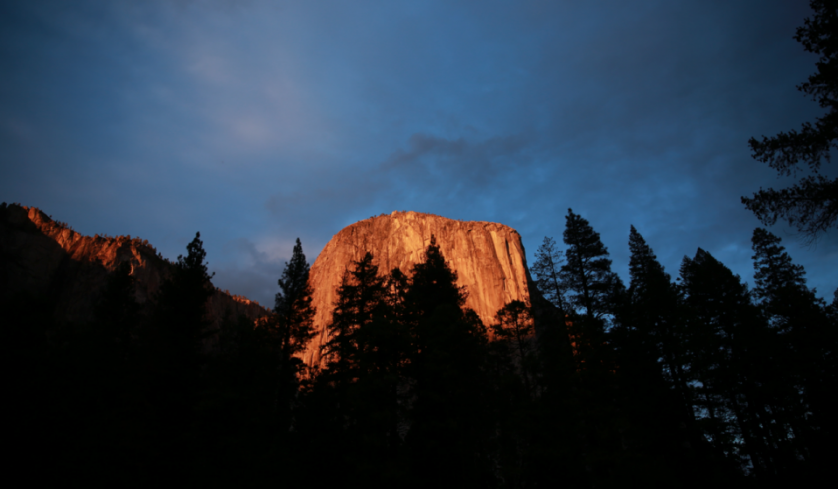 How the breakup of a marriage inspired the world’s toughest free climb (July)
When Tommy Caldwell and Kevin Jorgeson summited El Capitan, completing the world’s toughest free climb, they became household names. In this interview, they share the demons they had to stare down first: “I crave climbing like I crave food or water. If I don’t have it, I feel like something’s missing. I crave the adventure that isn’t part of normal, everyday life.” 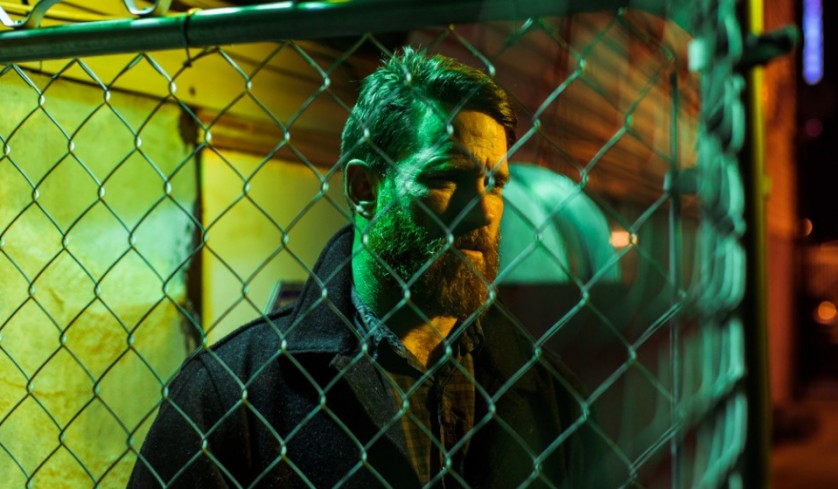 Chuck Ragan on his journey from hard times to Hot Water Music (July)
“I missed a lot of stuff that teenagers take for granted, but I wouldn’t have had it any other way.” 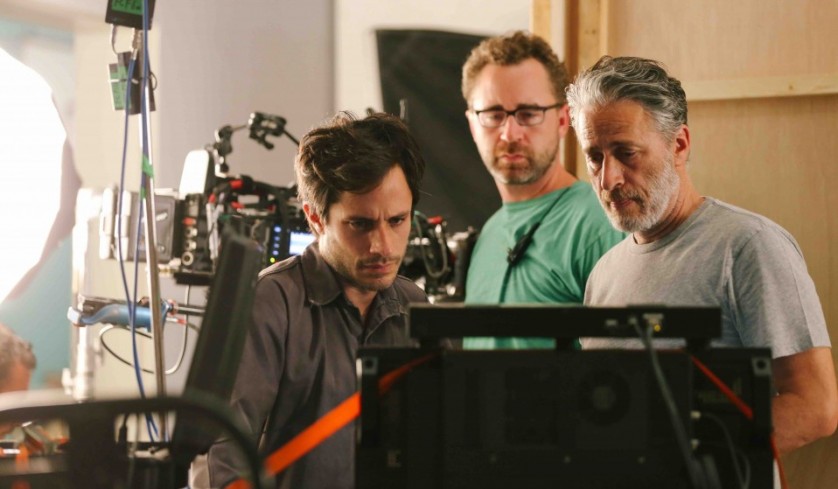 Jon Stewart and Maziar Bahari stand up for press freedom in Iran (July)
The Daily Show‘s Jon Stewart opened up about his directorial debut, Rosewater, which recounts how the Iranian regime imprisoned journalist Maziar Bahari — just for doing his job: “I don’t know if you’ve noticed but the world’s about to end! I figure we’ve got to get it out before World War III. Otherwise no one’s going to want to go. They’re all going to be in bunkers. They’re all going to be wearing gas masks. We don’t want that.” 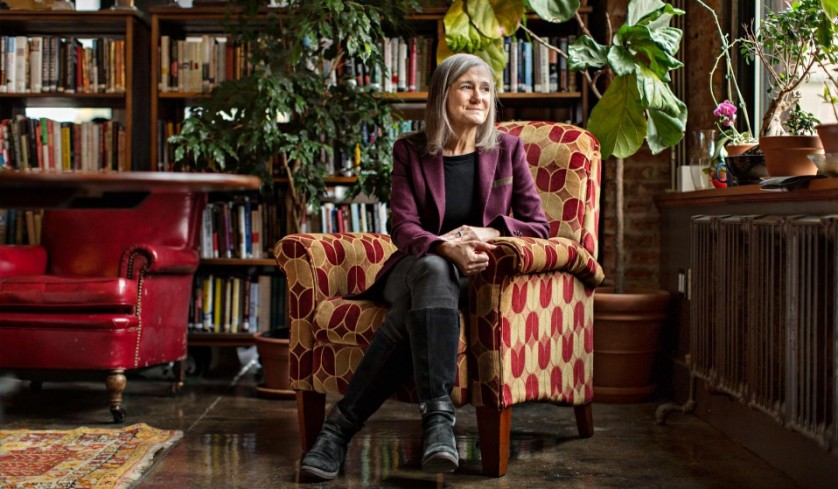 Amy Goodman on giving voice to the ignored (August)
As the face of Democracy Now, Amy Goodman spends her day challenging injustice and championing voices that would otherwise go unheard. Here, she shares the lessons she’s learned along the way: “Ultimately, my message for any young person is this: Pursue what you believe in. Follow your passion. And commit yourself to making the world better than it was when you were born. I really, deeply believe if we all do that, we can’t go wrong.” 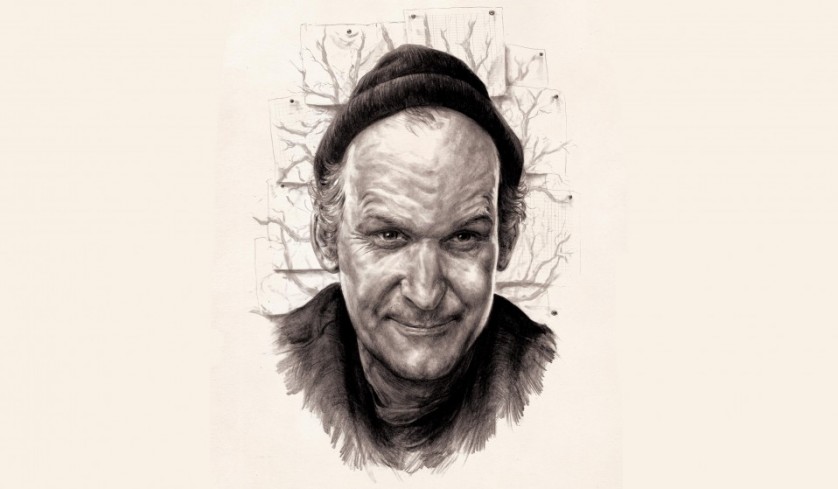 A meaningless conversation with life navigator Ian MacKaye (August)
From founding Fugazi and Dischord Records to becoming a custodian of the spirit that propels all things independent and DIY, Ian MacKaye lent us his compass like a wise punk sage: “Life is just a straight line. There are two definitive points, one at the beginning and one at the end. While we’ve been talking maybe 100 people have been killed, maybe 1,000, who knows, and yet this development hasn’t affected our conversation whatsoever. If you put things in perspective one realises how it just doesn’t matter. So the value is up to us, and if we’re gonna assign the value, then why would we assign negative values?” 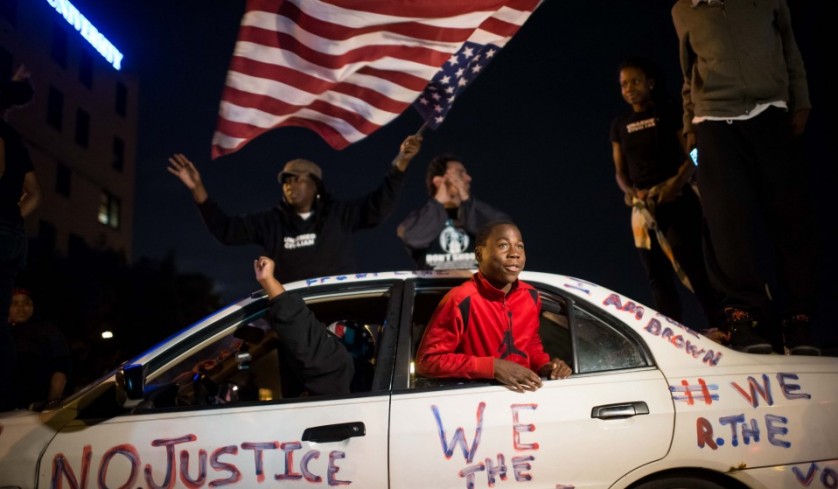 One year after Mike Brown: Where are we now? (August)
Frustrated and confused by the death of young black men at the hands of police, Huck reached out to leading experts on US racism to better understand the problem’s roots: “In order to rationalise and legitimate 350-400 years of racial oppression, we whites have developed what I call a white racial frame. It includes racial narratives: stories we whites tell ourselves about how good we are. It includes racial emotions and racial images of people of colour, like the ‘dangerous black man’ visual image. As whites, and this is true for Europe too, we learn much more than prejudices, we learn a whole world-view.” 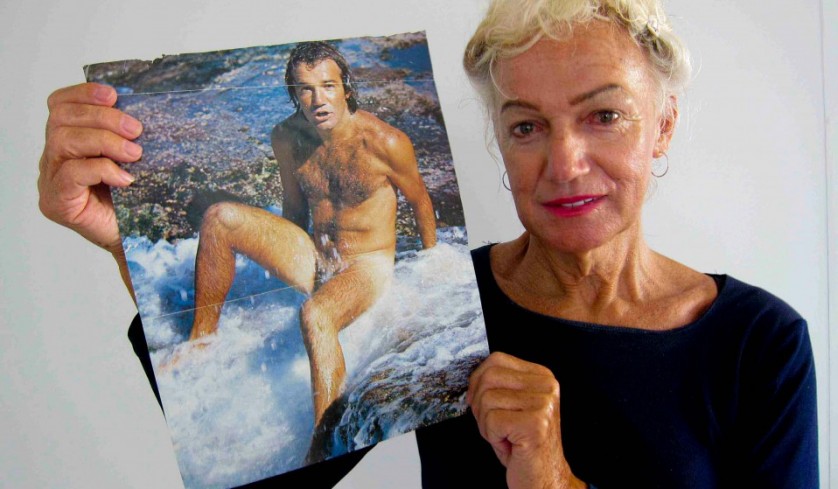 Westerly Windina’s misunderstood story has lessons for us all (September)
Writer and filmmaker Jaime Brisick has spent years capturing the story of former pro surfer Peter Drouyn, as she transitions to become Westerly Windina. “I should probably learn not to think in these binary terms of male or female, but at the same time I can’t help but see these things. Watching Westerly surf, there is a delicate, balletic quality to how she moves with the wave, and she speaks about it really beautifully. At one point I was talking to Westerly and she said, ‘Sometimes I don’t even need to surf, I can just sit on the beach and just mind surf, and that fulfills me.'” 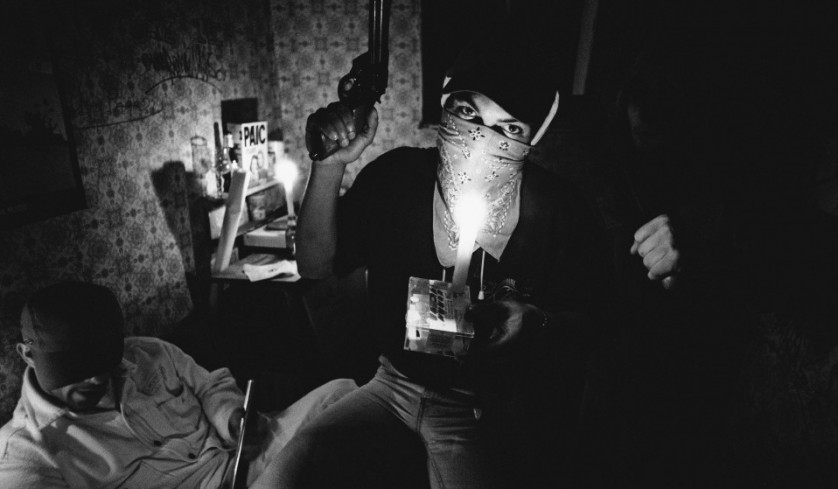 Yan Morvan: The French photographer who flirts with death for every shot (October)
“People who chase war stories all the time are psychopaths. It’s crazy to see people die all the time. I’ve felt myself losing control and said to myself: stop it, before you start shaking. It’s a crazy job, you can die like that! You can be at home, quiet watching TV with a nice girl and the next day be somewhere terrible. It’s crazy, it’s like schizophrenia.” 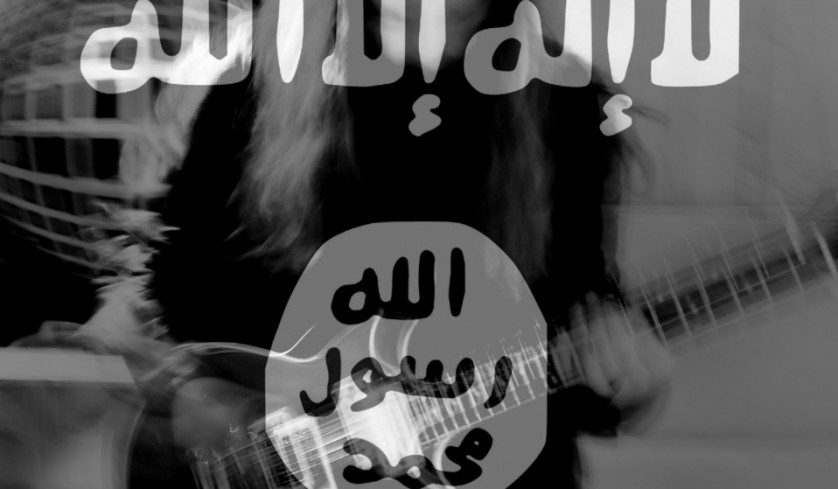 A pop culture professor considers Middle East metal in the wake of the Paris attacks (November)
“Many decades of colonialist and then globalised forms of economic, political and military encounters between the west and the rest have left some with a sense of resentment. This resentment can find a harmless vent in DIY forms of cultural resistance: in growing long hair, sporting fancy tatoos, or going to concerts where weird bands are playing. But it can also lead others into the kind of brain-washed inductee-cultures that can then turn into obscene and brutal movements such as ISIS.”

Linkedin
RELATED ARTICLES
OTHER ARTICLES
Students are being left to languish in unsafe housing, in some cases leading to serious health complications.
Following the release of his latest album, the rapper talks about finding a new approach to songwriting, attitudes to poverty, and why his music is more than a political statement.
With the UK now set to run out of vaccines, people working in the sex industry – particularly outside of major cities – have been left especially vulnerable, reports Brit Dawson.
After rewriting the indie rulebook with her devastating songs about romantic longing, the singer-songwriter is now imagining a future in which the artist is no longer a product.
Photographer Bud Glick recounts documenting everyday life in the area, and what it taught him about the Chinese immigrant experience.
In the latest instalment of Photographers in Conversation, the creator talks portraiture, platforms and taking inspiration from Little Simz.