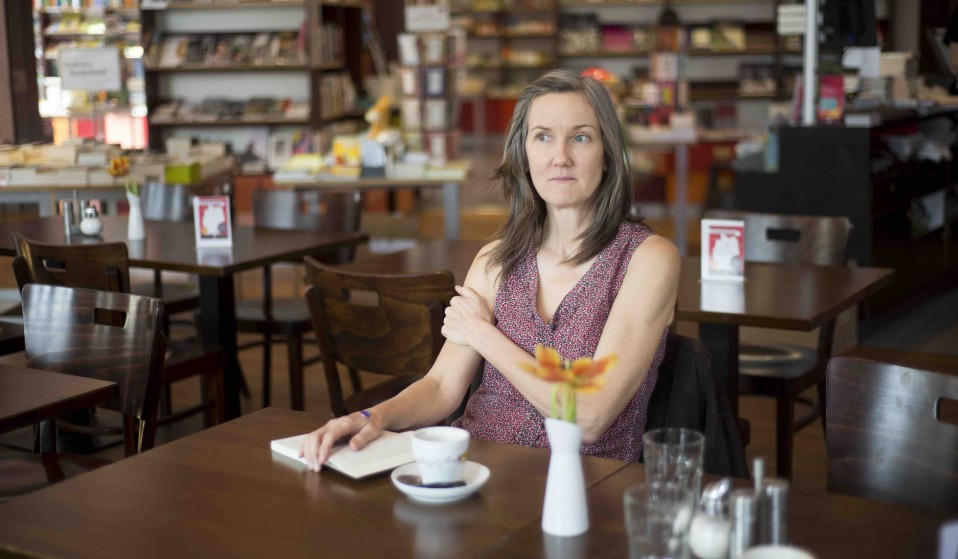 A letter to Jonathan Franzen about bird hunting in the Western Balkans forced Nell Zink out of obscurity and into literary stardom with her debut novel The Wallcreeper.

A letter to Jonathan Franzen about bird hunting in the Western Balkans forced Nell Zink out of obscurity and into literary stardom with her debut novel The Wallcreeper.

That was last year when, seemingly out of nowhere, her first novel The Wallcreeper was published by a little-known indie press called The Dorothy Project and outsold expectations (her’s especially), making the New York Times’ Best Books of 2014 list and the Best Book of 2014 at Dazed and Confused.

It might never have been published at all were it not for the surprise endorsement of one of America’s most successful contemporary authors, Jonathan Franzen. “I wrote to Franzen because he had a track record of doing journalism about birds,” she says on the phone from Delitzsch, a small German town about an hour by train to Berlin. “In July 2010 he had published an article in The New Yorker about bird hunting in the mediterranean and he didn’t talk about the Western Balkans. And I had a theory about why this was, so I wrote to him, almost ordering him to donate money to Albanian park rangers.”

Franzen was amazed by the letter – for its strong style as much as its content – and ended up becoming Nell’s agent and encouraging her to write professionally. Although she had never embarked on a career in writing, she had remained passionate about it her whole life, editing a post-punk fanzine in West Philadelphia in the mid-’90s, mastering short stories and keeping up a long pen-pal friendship with Israeli postmodernist poet Avner Shats. So, why did she wait so long to start her career? “There was nothing holding me back there was just nothing pushing me forward,” she says. “It was very definitely an ambition, it was a dream, but it seemed utterly unattainable. As it does for many people. […] When you’re young you look in the mirror and you say, ‘Okay, I’m not Catherine Deneuve.’ And you think, well maybe I won’t leave the house because I just don’t look good enough. It’s a self-image problem. And it’s the same way for a writer – you’re reading books that are extremely good, Catherine Deneuve-level good, and the stuff you’re writing yourself is not remotely that good. So you compare yourself to the greatest books ever written. […] But it’s all relative. You have to position yourself in an existing field. That’s what working artists do. When an artist comes out of the closet and puts their head in the ring you have to figure out, what genre am I writing, and how good am I in this genre? And sometimes you’re better than you think.”

Nell spent thirty years in jobs she found brain-numbing, like being a secretary, but isn’t that life experience valuable too? Doesn’t it add to her voice? I mention a quote from filmmaker Werner Herzog: “So long as you are able-bodied, head out to where the real world is. Roll up your sleeves and work as a bouncer in a sex club or a warden in a lunatic asylum or a machine operator in a slaughterhouse. Drive a taxi for six months and you’ll have enough money to make a film. Walk on foot, learn languages and a craft or trade that has nothing to do with cinema. Filmmaking – like great literature – must have experience of life at its foundation.”

Nell laughs. “Those are really great tips if you happen to be a man,” she says. “That’s a limiting factor people try really hard not to think about. South America, Saudi Arabia, Yemen, there are so many places you can’t go as a woman. Even in West Philadelphia, my male friends have the most amazing anecdotes about people and experiences, things they’ve witnessed. Events that, as a woman, I would have been obligated to turn and run away really fast. […] It sounds really unfeminist when I say that women have more limited experience but come on, it’s true. I can’t work as a bouncer in a nightclub. Thanks Werner, thanks for the tip.” 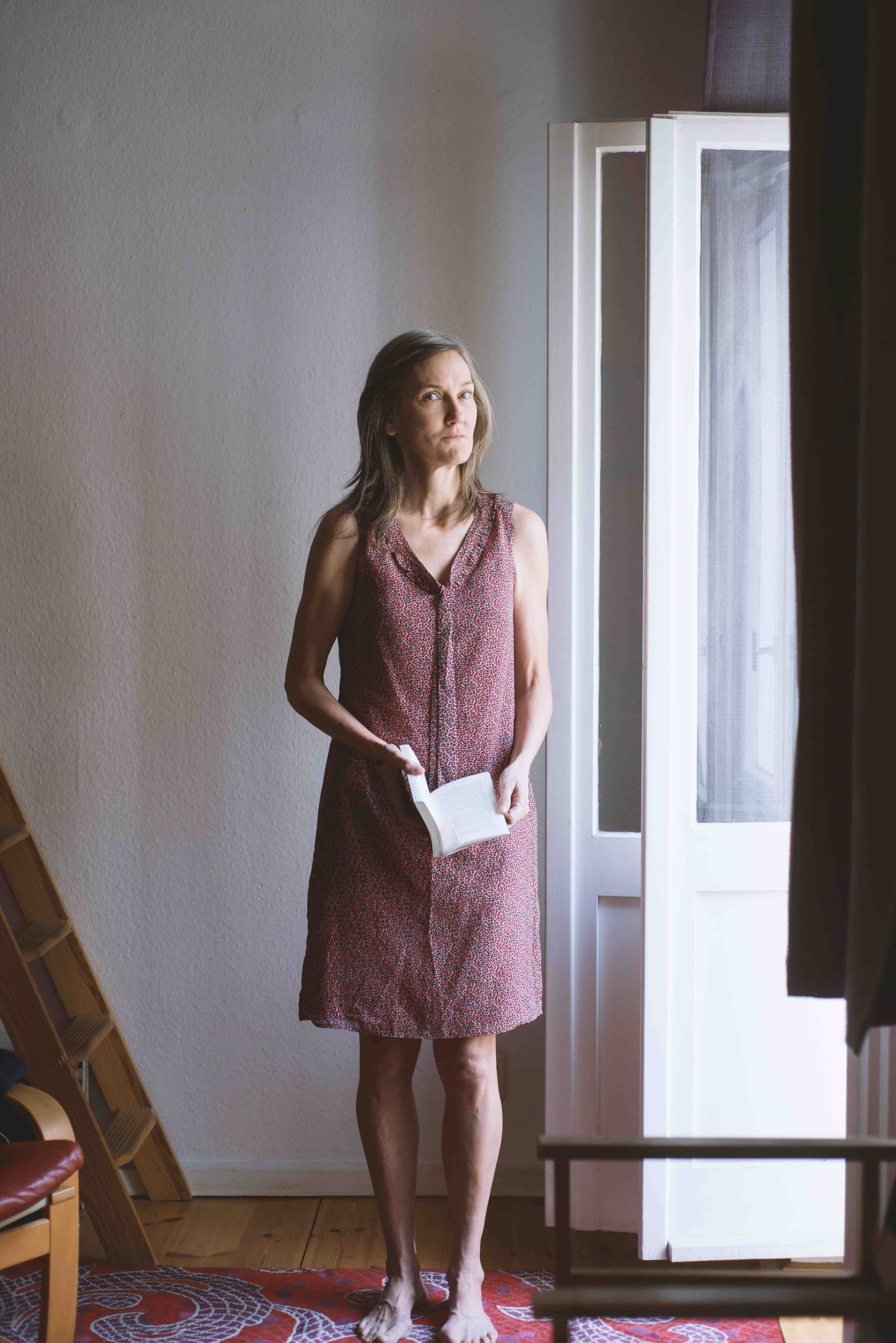 Instead, Nell is reverent about the role education can play in stimulating the creative mind. “If you just sit and look at the world in a naive way and try and figure out what’s going on by yourself you can have some valuable insights, but there’s a lot of interesting work that’s already been done,” she says, “things that can add to your understanding. I think it’s a shame more writers don’t have that kind of education. […] I had got to this quite advanced age without actually knowing anybody who’d ever published a book. Whereas if you’re a writer at university, hanging out with other writers, you’re gonna end up knowing people, in ten years, who are editors or agents.”

With a new book Mislaid out in May – about a white lesbian who leaves her gay husband and assumes a black identity in rural Virginia (where Nell grew up) – and another book in the works – possibly to be called Nicotine, about crusty punks in a squat in Jersey City – Nell’s late career is hitting its stride. So, would she do it differently if she had her time again? “Oh yeah, I would cheerfully not have experienced much of the last thirty years,” she laughs. “I did so many bad jobs. I could be a very accomplished journalist by now, or writing long complex novels if I had started earlier. But, you know, I still have time. I’m young, I’m strong. I still might accomplish something in this world.”

Nell Zink’s The Wallcreeper is out now, published by The Dorothy Project.

Linkedin
RELATED ARTICLES
OTHER ARTICLES
It took Thomas Morris three years to write the book of his dreams. Then he scrapped it, sat down, and wrote the truth.
Come and celebrate the release of Huck's Fiftieth Issue Special with us on Thursday May 14 at 71a.
Celebrating the wave of female rebellion, driven in part by Viv Albertine, former guitarist of 70s all-girl punk band The Slits.