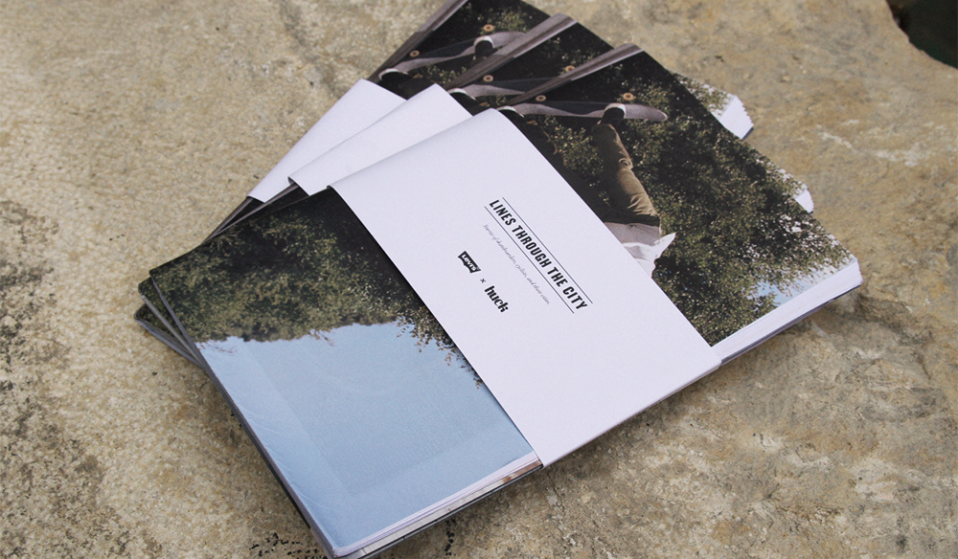 Lines Through The City is a new publication from Huck, in collaboration with Levi’s, which explores stories of skateboarding and cycling in many cities across the world including Russia, Afghanistan and Tokyo.

Lines Through The City is a new publication from Huck, in collaboration with Levi’s, which explores stories of skateboarding and cycling in many cities across the world including Russia, Afghanistan and Tokyo.

People who spend a lot of time at street level tend to see the world in a different way. Outside, on the ground, and shoulder-to-shoulder with every type of person, a unique perspective develops.

That’s the rationale behind a new print publication – Lines Through The City – that Huck has made in collaboration with Levi’s®. Documenting stories of skateboarders and cyclists who experience the city in different ways every day, the publication – which takes life as an uncoated large format newspaper – is a tangible showcase of the two cultures. 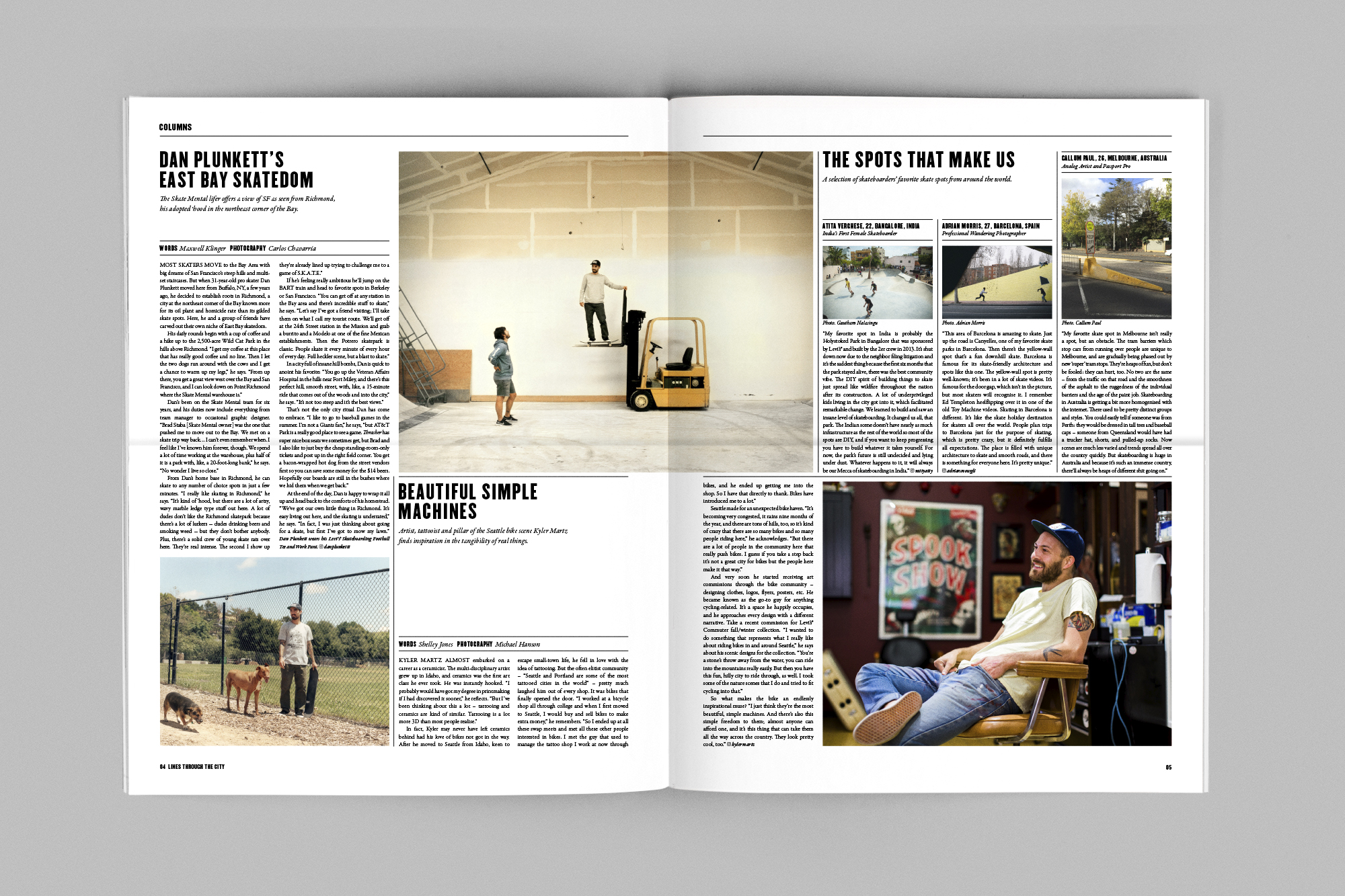 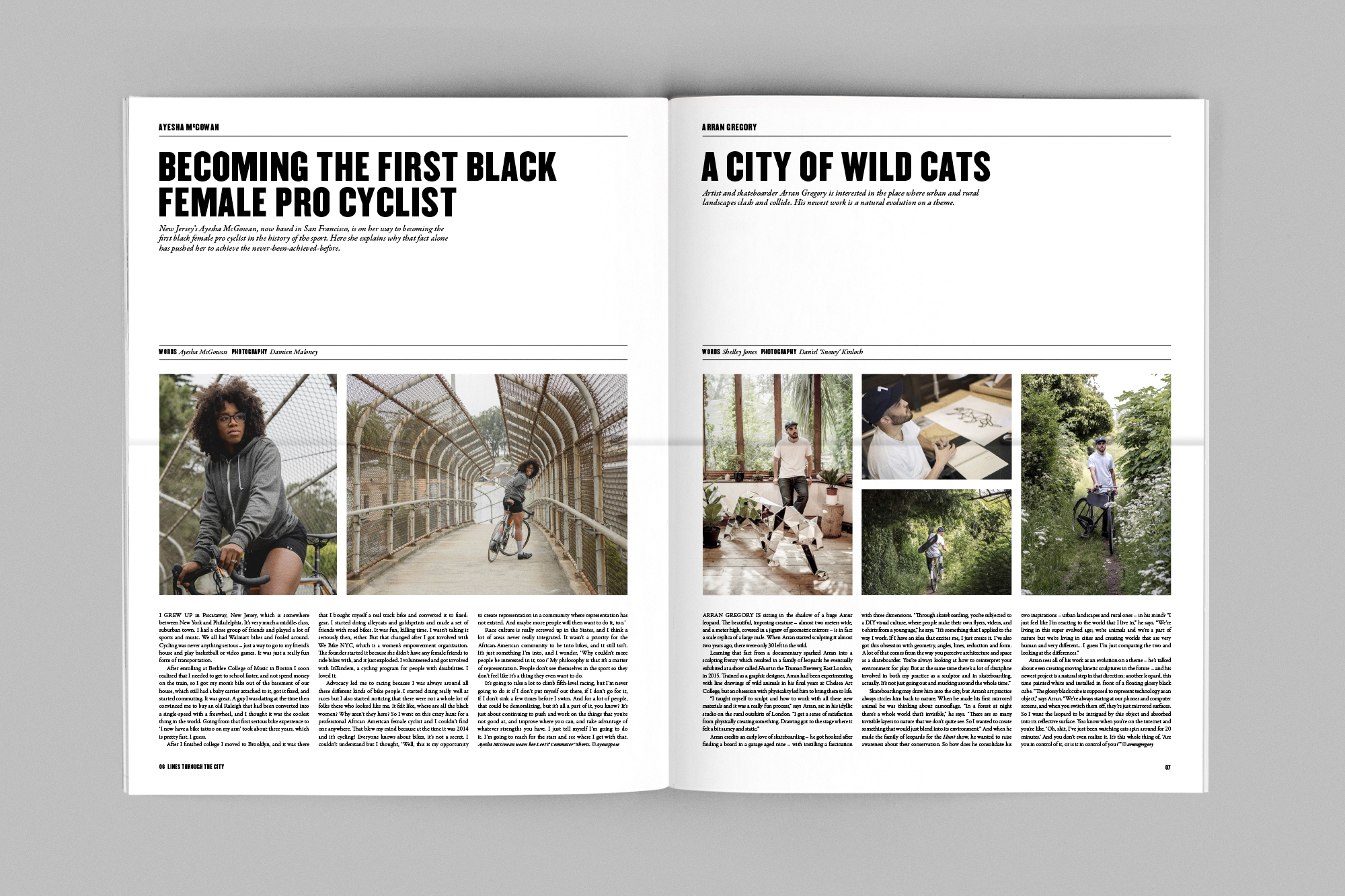 Stories in the publication include a mini photo series on secret skate spots in India, Australia and Spain; A collection of interviews and portraits from New York’s premier track race the Red Hook Crit; A personal reflection of a life growing up skateboarding in a politically stifling Russia; A one-woman journey to use cycling as a vehicle for change in Afghanistan; A story of commercial skateboarding success in an austerity-ridden Greece; And the cycling world’s first female African-American pro. 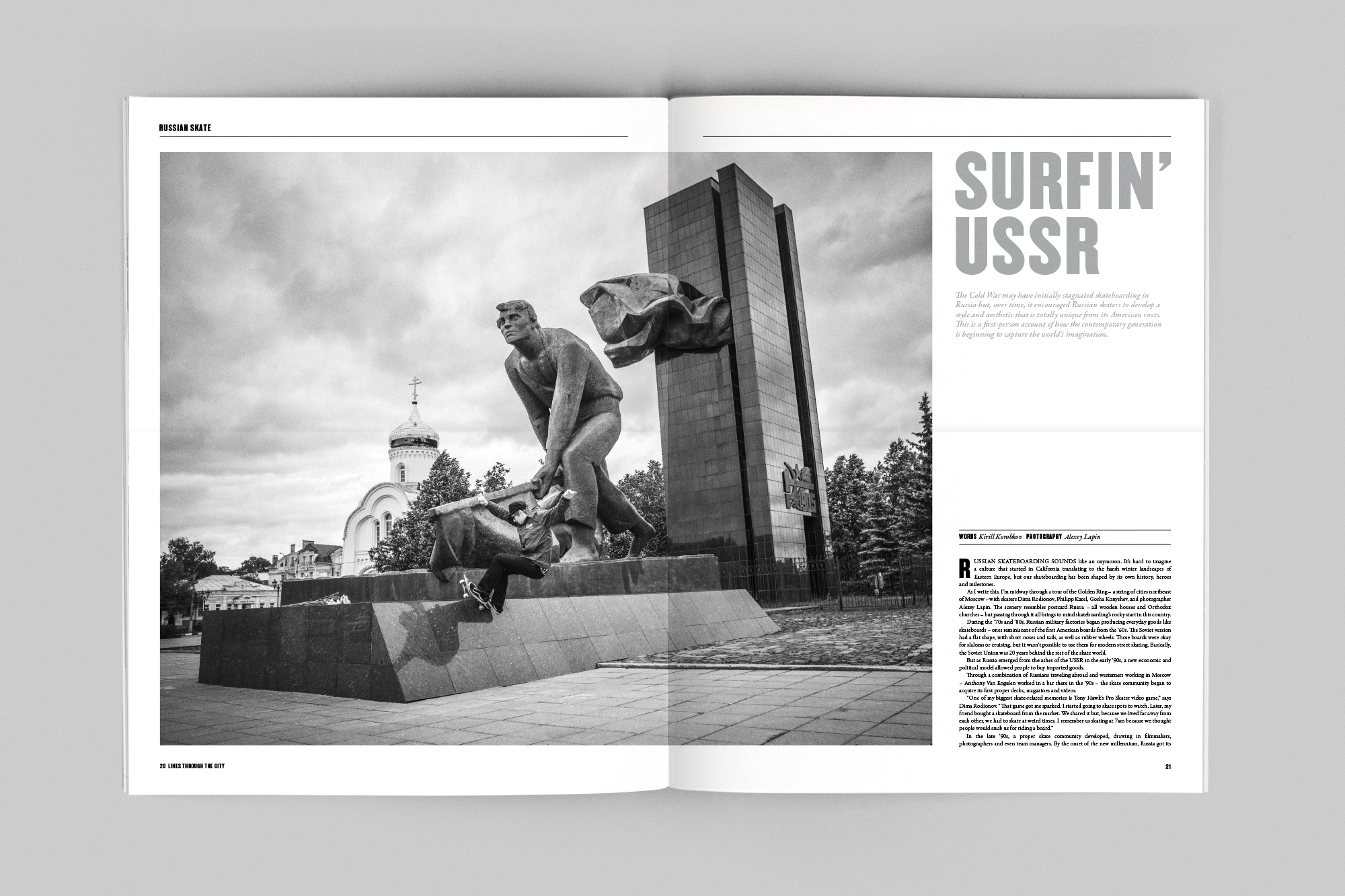 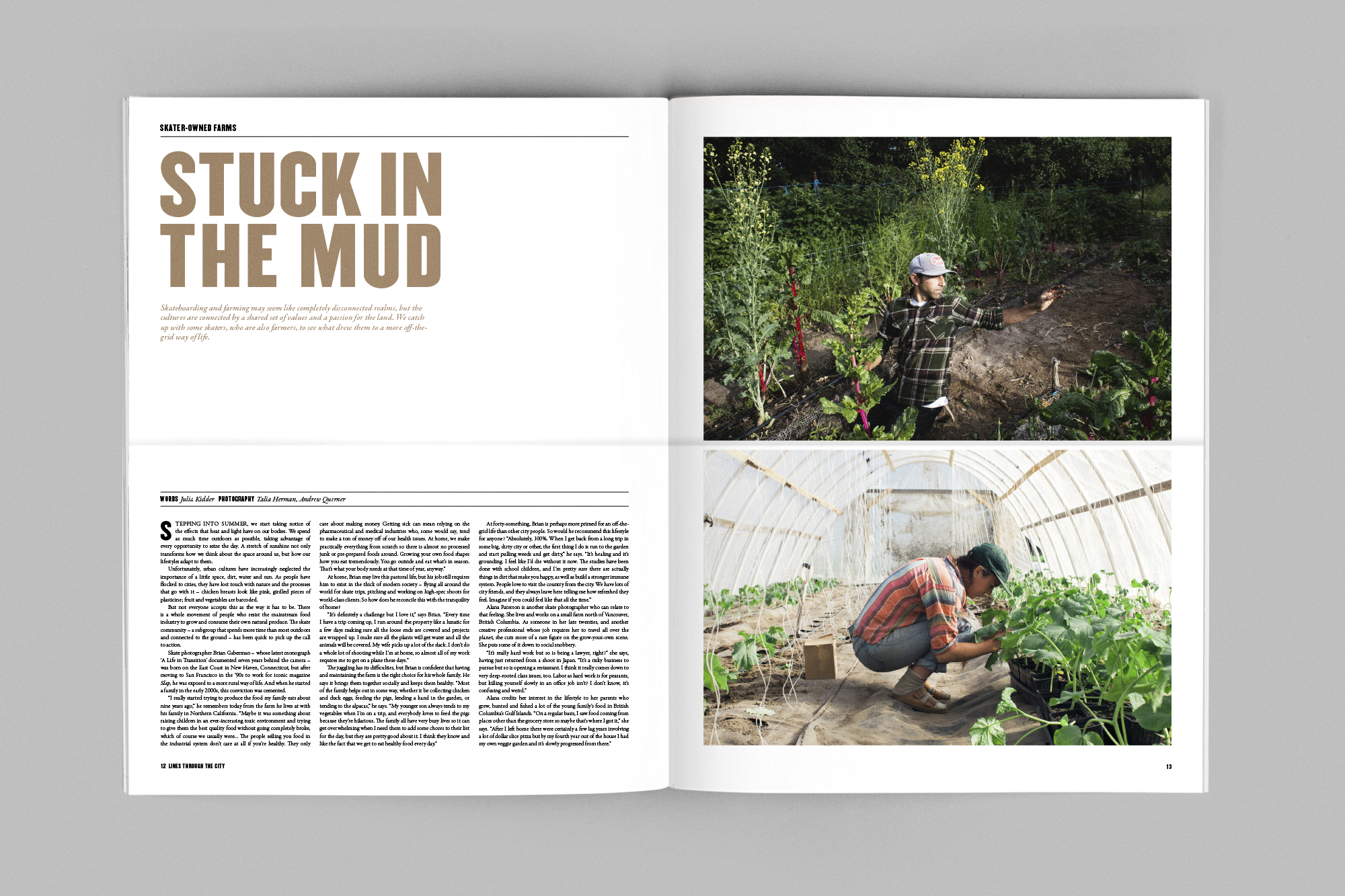 Keen to explore the connection between the two cultures, Lines Through The City – which has a skate cover on one side and a cycling cover on the other – focuses on independent characters who have used either cycling or skateboarding to reshape their landscape.

It is now available, for free, in over 300 Levi’s® stores around the world. 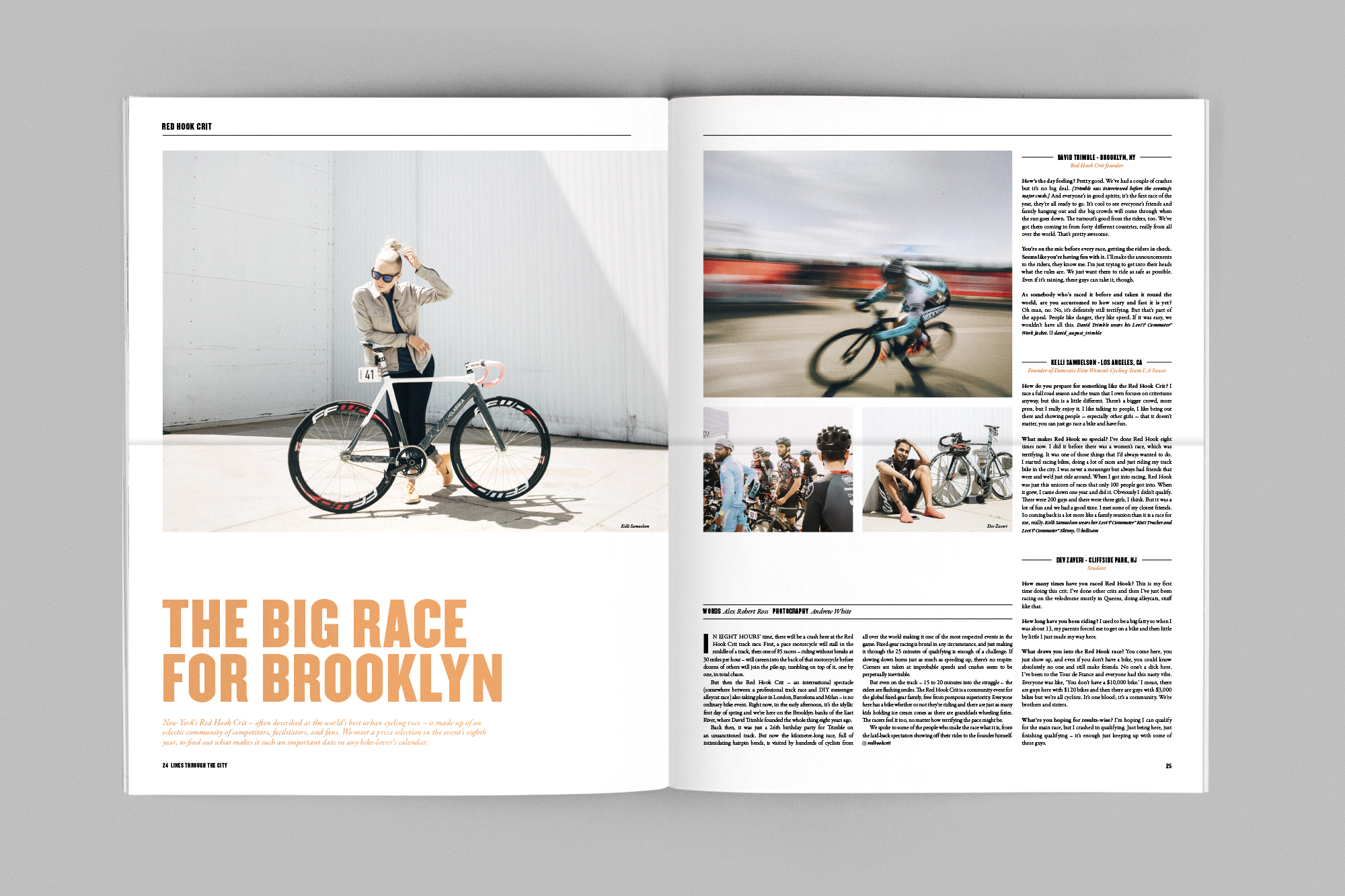 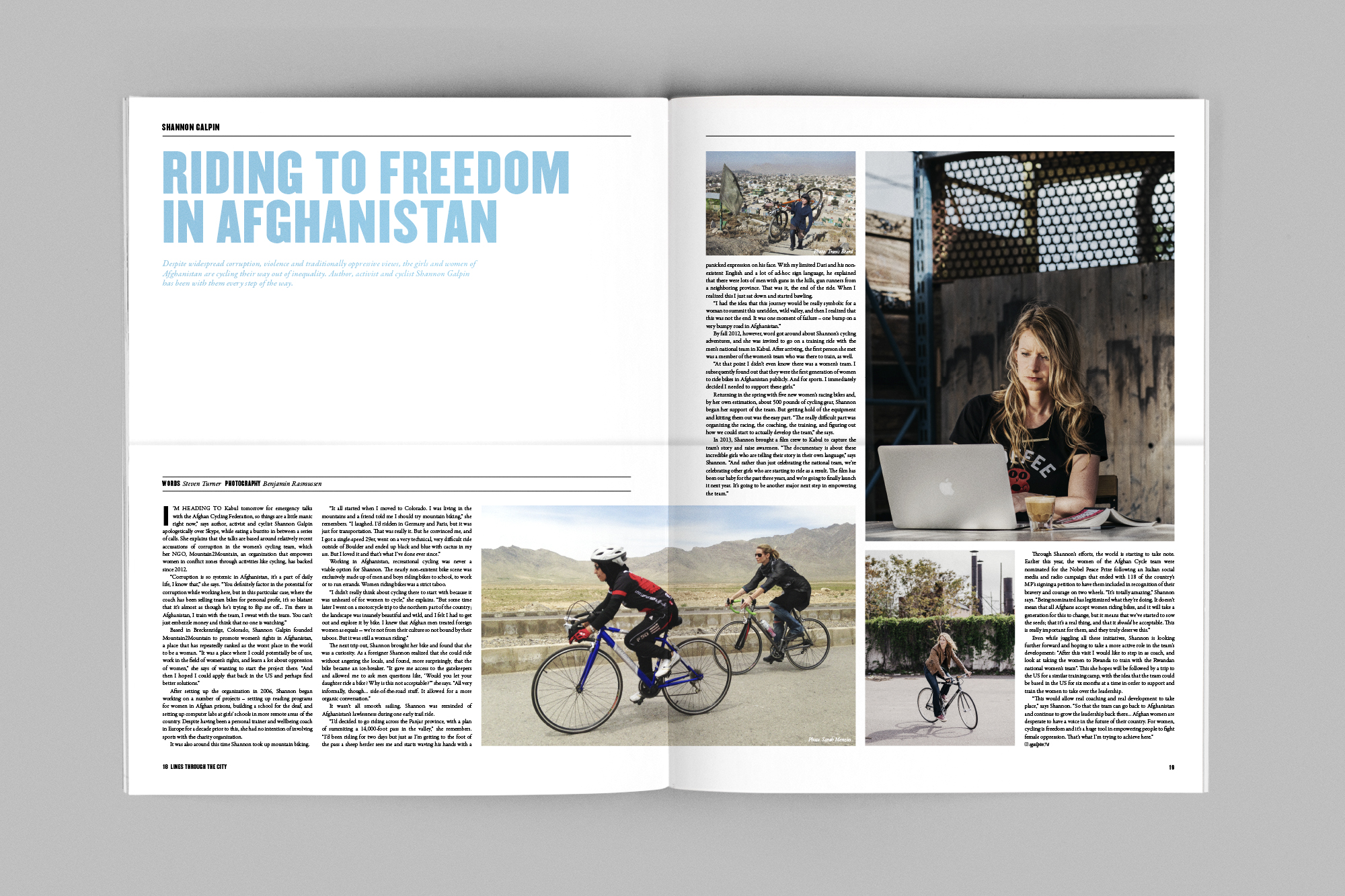 A selection of stories from the print publication are featured on the Huck website.

Linkedin
OTHER ARTICLES
Finland-born photographer Sirkka-Liisa Konttinen looks back on her decades-long documentation of life in Northern England.
A new report has found that the majority of Britains approach trans issues with compassion. It’s about time this was reflected by our media landscape.
Over a dozen Stop Deportation activists locked themselves to each other outside a detention centre to prevent coaches taking those due to be on the Rwanda deportation flight from leaving.
Whether it's partygate, the climate crisis or the spiralling cost of living, the fightback begins on the picket lines writes Tommy Vickerstaff
Writers Gracie Mae Bradley and Luke de Noronha take on the callousness of borders, arguing for a world beyond them.
In the latest instalment of Photographers in Conversation, the chronicler of raves, protests and beyond explains why he’s drawn to such specifically visceral environments.