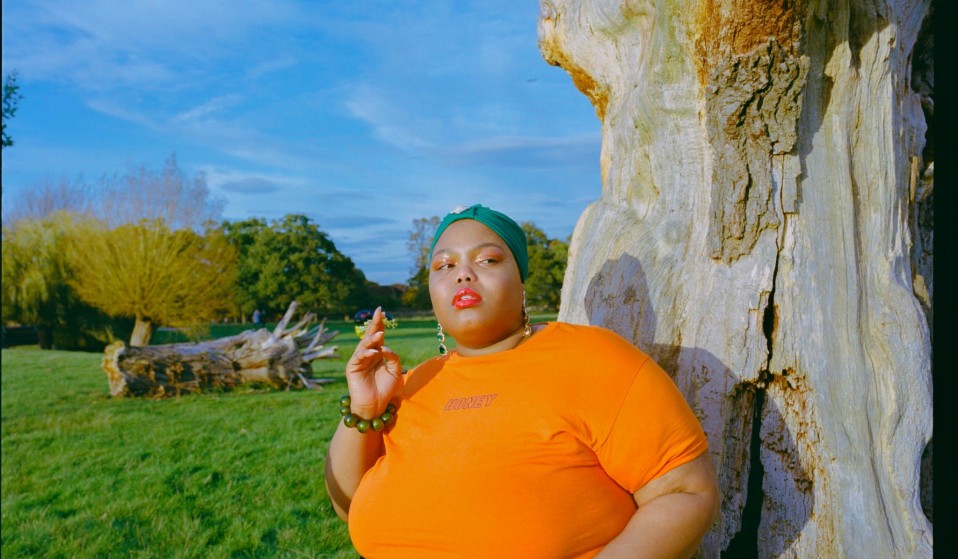 Photography © Off The Block

Off The Block is a new print magazine celebrating London’s diverse creative scene, with all profits going towards the victims of last year’s Grenfell Tower tragedy.

Off The Block is a new print magazine celebrating London’s diverse creative scene, with all profits going towards the victims of last year’s Grenfell Tower tragedy.

A new magazine is raising money to support people affected by the Grenfell Tower tragedy by talking about and celebrating London’s diverse young creative community.

Off The Block – a print magazine – features opinion, music, fashion, poetry from London firefighters, photography, art, and even diary entries from Londoners written the night of the disaster. The first issue includes interviews with young London artists like Cosmo Pyke and Kojey Radical, as well a host of other creatives.

The magazine has two aims. One is to keep the Grenfell tragedy at the forefront of Londoners’ minds: why it happened, the government’s response to it, and the impact on local community, as well as community action. The other is to give a platform to young creative Londoners who they feel are doing important things, while showcasing the city’s creative innovation and diversity.

100 per cent of profits from the magazine will go to those affected by Grenfell. Its founder – Francesco Loy Bell, 21-years-old, from West London – was struck by the pulling-together of the community in the aftermath of the tragedy, and the positive work of charities like the Rugby Portobello Trust and projects like Grenfell Voices. He felt a print magazine with Grenfell at its heart could be another part of the healing process, as well as a way of raising much-needed funds. 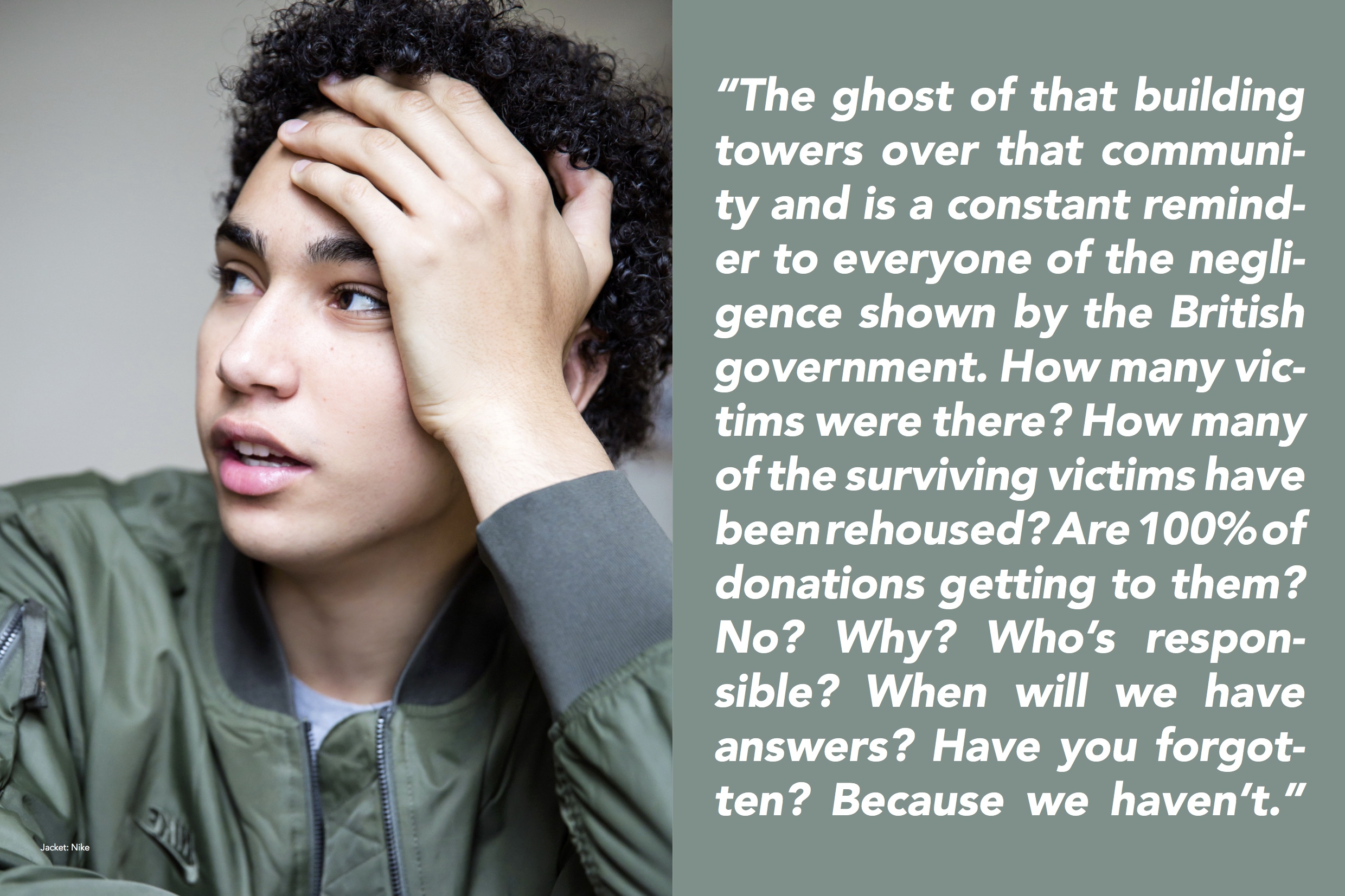 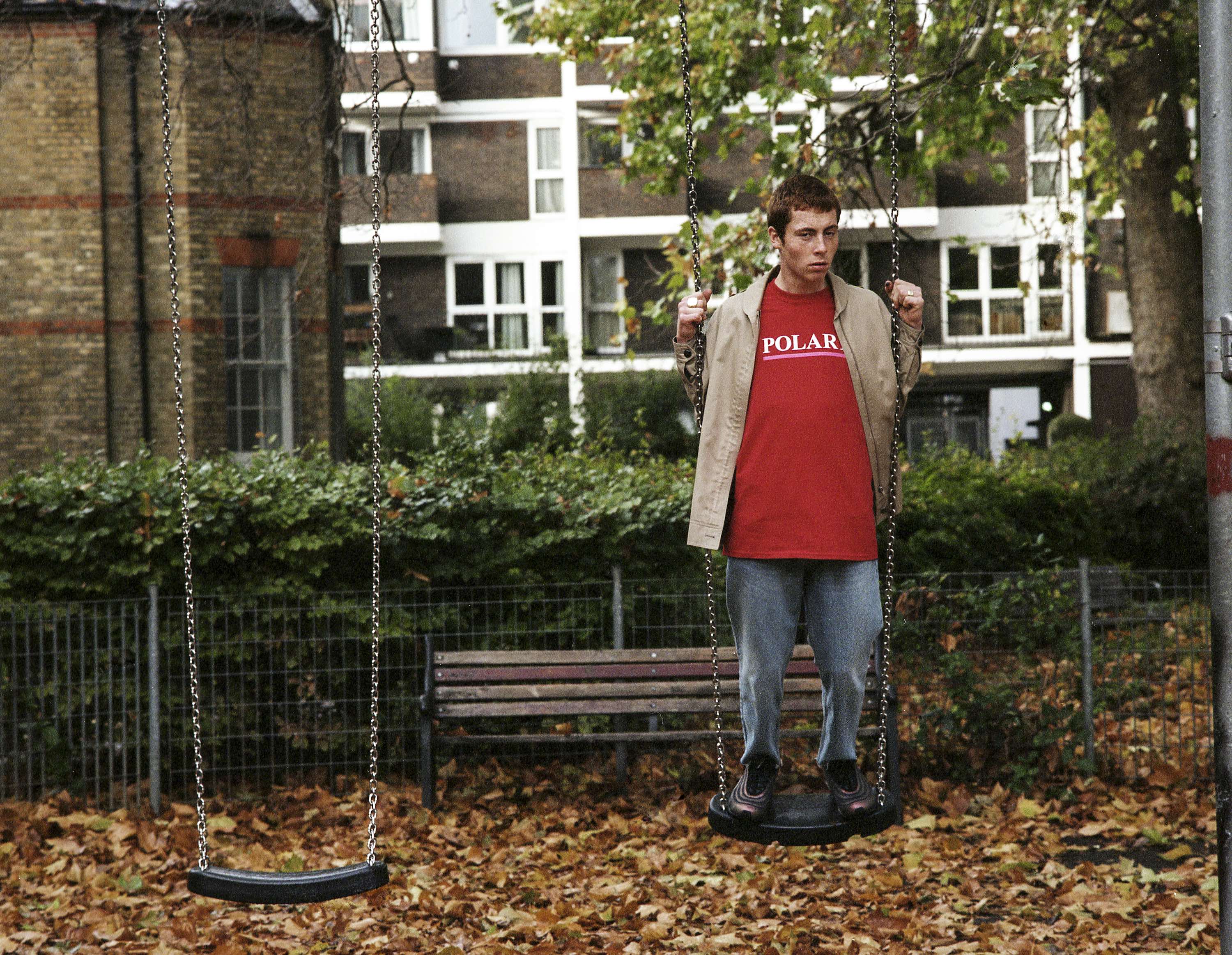 “This sounds clichéd, but I think it is absolutely vital that conversations like these are had on as many platforms as possible,” says Francesco.

“In the first issue, many of our interviews cover Grenfell, among other social issues, and having our readers see these young, creative people actually taking an interest and voicing their opinion on these matters will hopefully help inspire wider consideration, and ultimately change.”

Some of the most powerful features in Off The Block #1 include diary entries from Caleb Femi, a poet who grew up on the North Peckham Estate, infamous for its own tragedy – the murder of 10-year-old Damilola Taylor in 2000. Up until recently, Caleb was the Young People’s Laureate for London; he submitted diary passages from the night of the fire, and at two subsequent points in the months following it. “They are incredibly moving,” says Francesco. “So raw, and his writing is haunting but unbelievably beautiful.”

Another feature demonstrating the emotion of Londoners in response to the tragedy is a poem by Ricky Nuttall – a firefighter who was at Grenfell. He speaks to the sorrow and emptiness felt by many affected by the fire, as well as the pain of knowing there were people he couldn’t save. 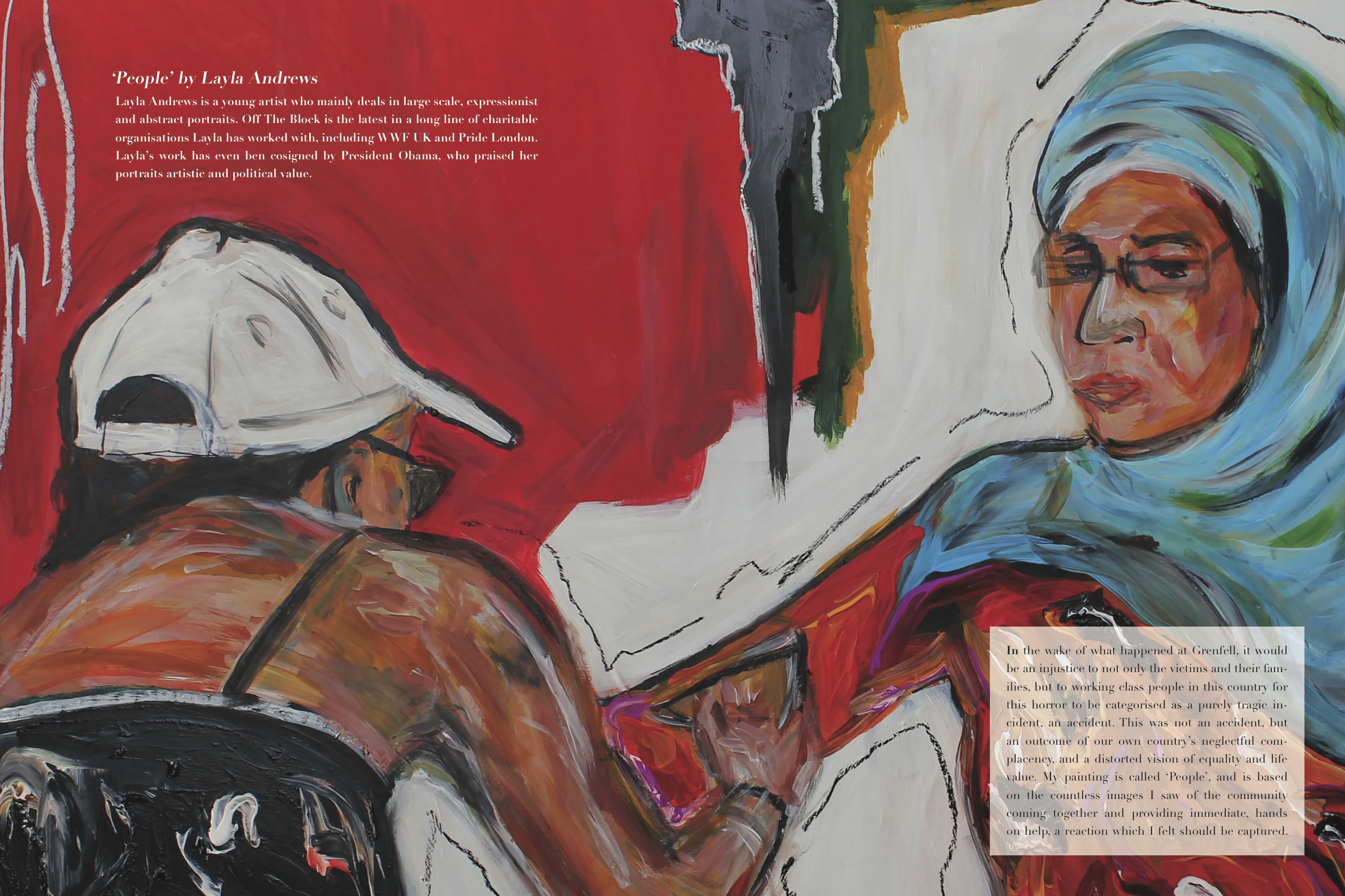 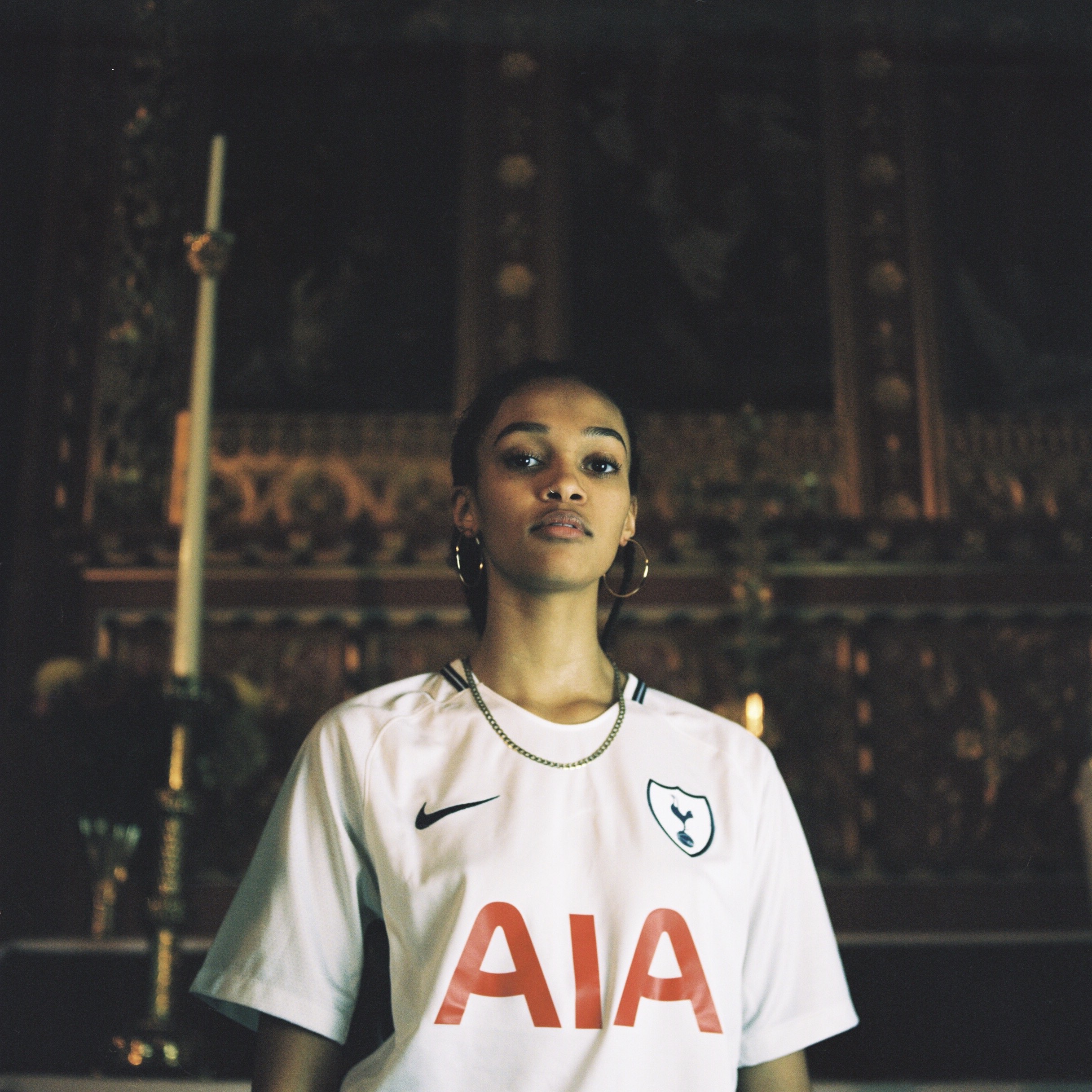 Off The Block is fun, hopeful and forward-looking too. With Stüssy and Nike shoots, it reflects a streetwear aesthetic embraced by many young Londoners – of all backgrounds – and is mindful to be fully representative of the community it is trying to reflect. Photography editor Meara Kallista Morse, 25 – who’s worked with Nike, New Balance, Wonderland and Clash magazine – says the magazine is “more than a publication” – she believes it’s a “catalyst for creativity” and “a voice for social issues and change”.

She talks about shooting her subjects in locations that mean something to them: Violetta Kassapi – a stylist and designer – in Camden, for example, where she grew up; DJ Amy Becker  in Hampstead Park, surrounded by nature; presenter and journalist Cora Delaney, from Hackney, at the eccentric Diana Café in Notting Hill.

“London’s creatives are some of the best in the world,” says Meara. “I’m really honoured to be able to meet them and use the voice I have to create imagery that’s also helping people. I’ve always been taught to give back whenever possible.”

With a second issue in the pipeline – which will focus on social issues here as well as beyond the UK – Off The Block is set to give back plenty. 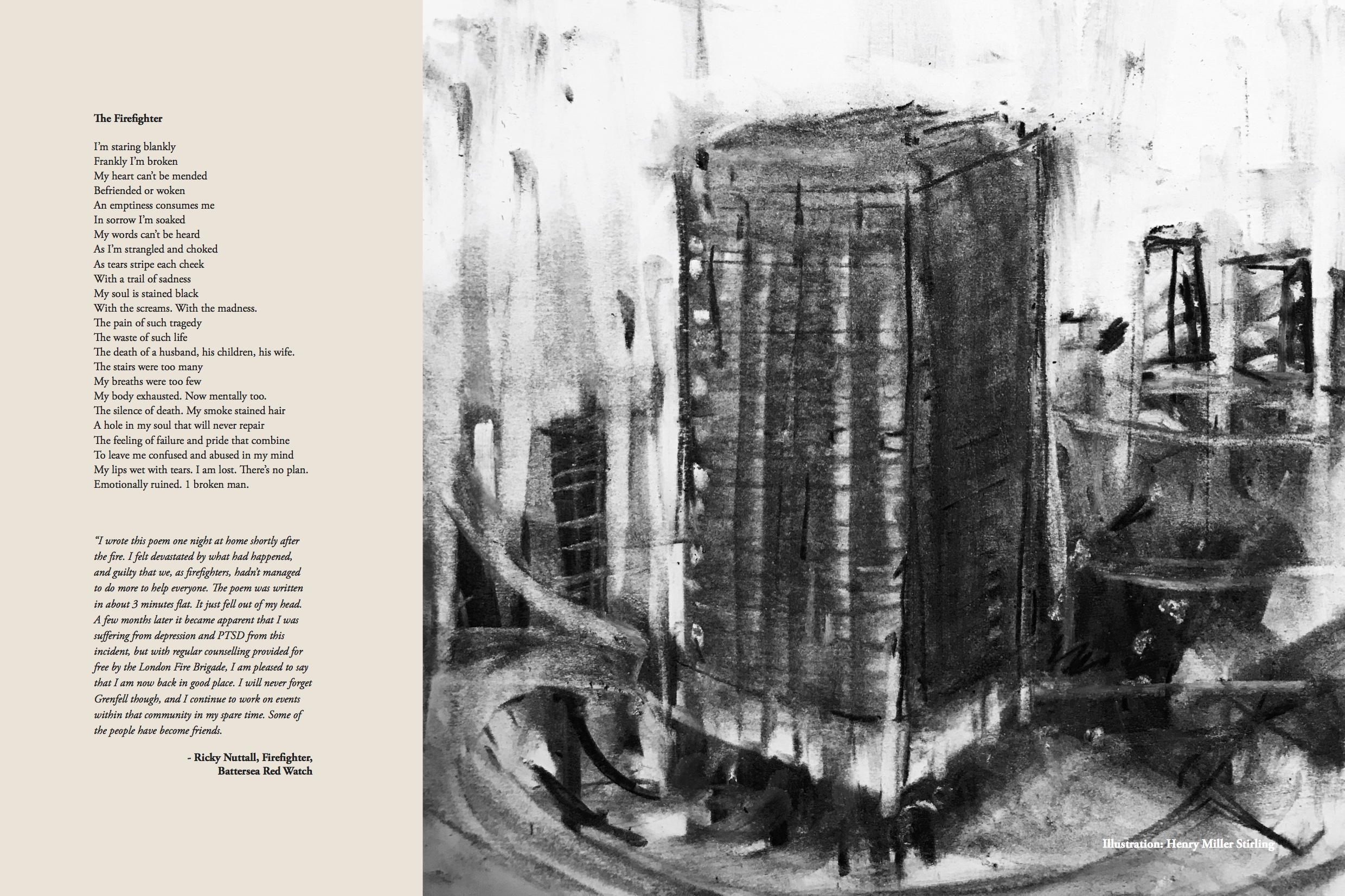 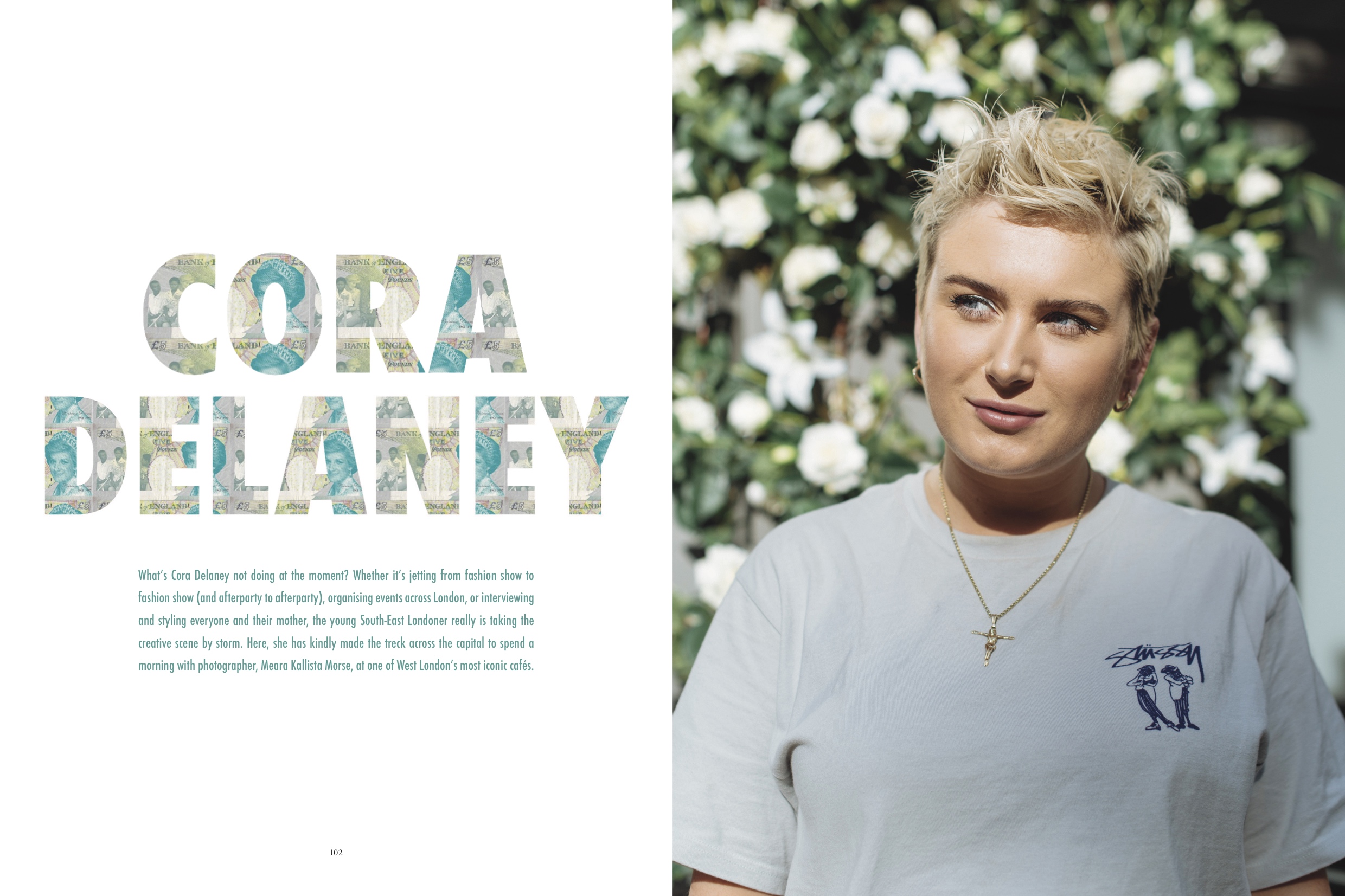 Learn more about Off The Block, and buy your copy, on the zine’s official website.

Posted Friday 4th May, 2018
Text by Emma Finamore
Photography © Off The Block

Linkedin
RELATED ARTICLES
OTHER ARTICLES
50 years since its inception, and the campaign calling for recognition that capitalism depends on domestic labour is as pertinent as ever.
The past five years have seen a staggering increase in foodbank usage across the UK. Now, staff fear things are set to get much worse.
The singer-songwriter discusses her intimate new project – and the advice she’s picked up across a career as one of rock’s leading voices.
In the latest instalment of Photographers in Conversation, the chronicler of raves, protests and beyond explains why he’s drawn to such specifically visceral environments.
A new edition of a seminal book brings together iconic images of the band onstage in their full glory and backstage in moments of unguarded camaraderie.
A new report has found that the majority of Britains approach trans issues with compassion. It’s about time this was reflected by our media landscape.