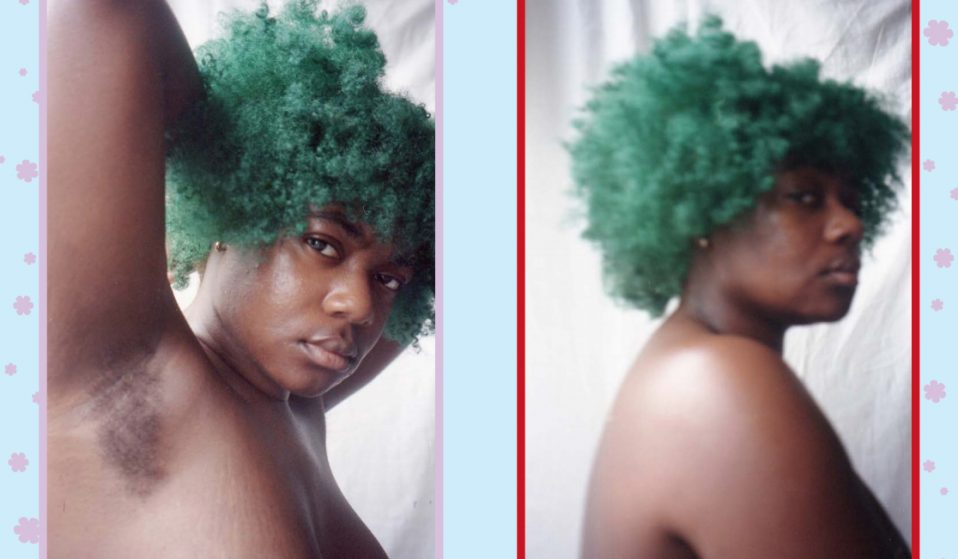 To celebrate its fifth birthday this month, Polyester is releasing four special-edition zines focused on beauty, masculinity and reproductive rights.

To celebrate its fifth birthday this month, Polyester is releasing four special-edition zines focused on beauty, masculinity and reproductive rights.

Polyester has been a trailblazing force in the world of independent publishing for five years now. The UK zine, which bills itself as an “intersectional feminist fashion and culture publication”,  has become known for its boundary-breaking editorial and aesthetics, which challenge the stale, rigid standards of mainstream women’s media.

To celebrate its fifth birthday this month, Polyester is releasing four special-edition publications. This includes two zines that focus on contemporary beauty and ‘non-threatening boys’, and a lurid photo book with Camille Mariet, titled In The Bath, Dick in Hand, He Wants Only Pleasure, But Others Need to Pee.

But perhaps most impressive of all is the reproductive justice zine, ‘Saving Ourselves’, which features contributions from names as diverse as Courtney Love, Polly Nor, Harriet Harman MP and Stella Creasy MP. “When I was deciding on each theme, the abortion laws in the US were being restricted further, activists in Northern Ireland were fighting for the decriminalisation and reproductive justice was all over the news,” explains editor-in-chief Ione Gamble. “It was easy to feel pretty helpless and that our rights were being stripped away.”

“I wanted to create a zine around reproductive justice that explored the whole spectrum of experiences; good, bad, experiences when young, or older, as a trans person, or a fat person, or a black person – literally everything.” We caught up with her to find out more about the perils of self-publishing, contemporary activism, and the lessons she’s learned so far. 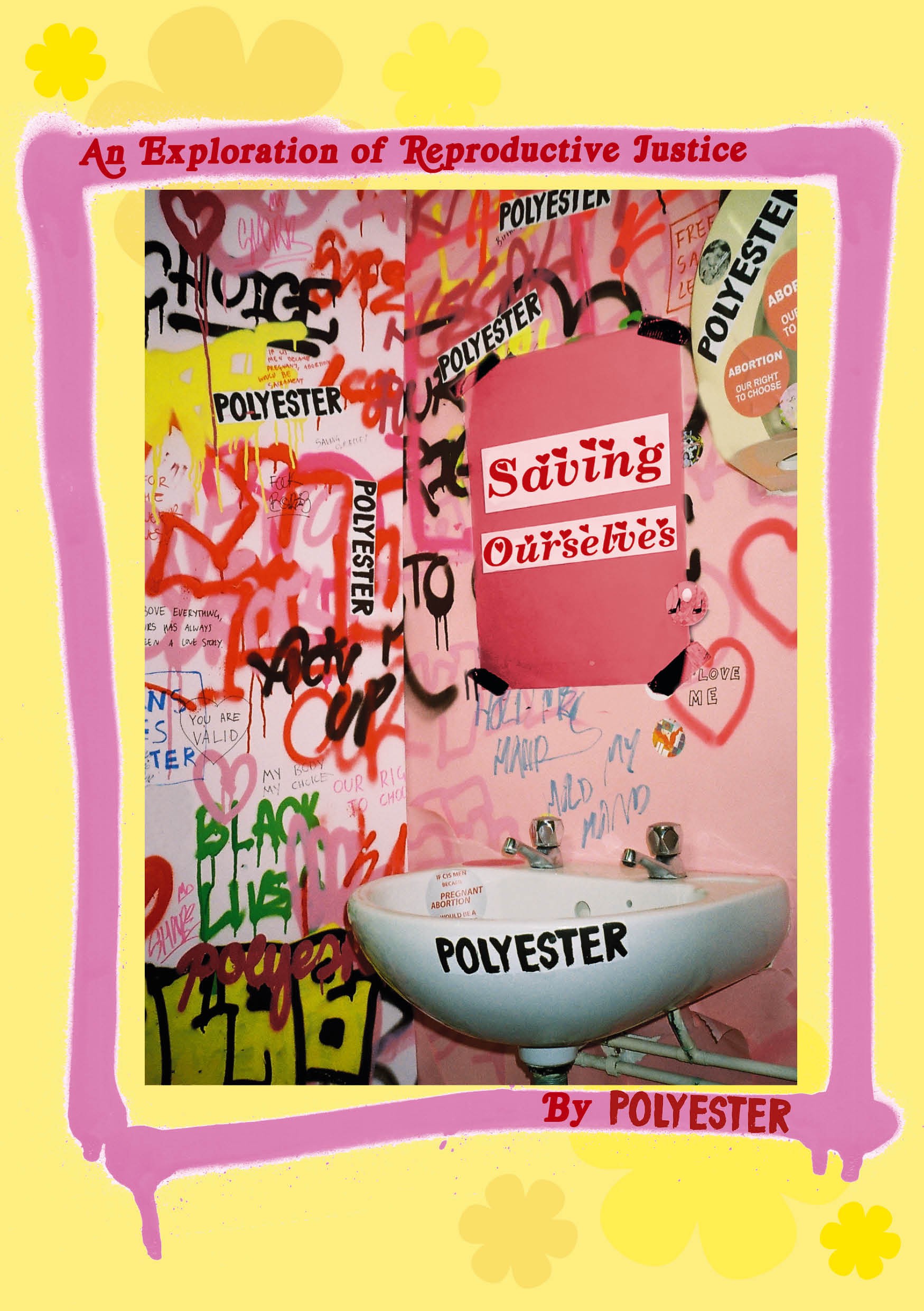 Why did you focus on these three themes specifically? Why do you think each one is so important to Polyester’s readers?
Polyester has always had an activist element; we’ve thrown fundraiser exhibitions regularly in the past, so I knew I wanted to do a zine around a political issue.  It’s called ‘Saving Ourselves’ which is a line from a poem by artist Rene Matic, who also made the work for the cover. I think those two words encapsulate the issue; it’s a time capsule from a community exploring both the educational side of reproductive justice and the personal.

‘Non-Threatening Boys’ was an idea concocted by myself and one of our long-time contributors, artist Rachel Hodgson. Lisa Simpson can be seen reading Non-Threatening Boys in multiple episodes of The Simpsons; Rachel and I have shared a studio for the last two and a bit years and it’s always something we’ve talked about bringing to life. At first, I thought ‘Non-Threatening Boys’ would be mostly a joke, and a poke at modern masculinity from a publication that’s never really explored it before. I’m really proud of what it’s turned into, and think it’s a zine that is both hilarious and insightful when it comes to what masculinity represents in our current society. It includes quizzes, unhinged love letters, pin-up shoots, as well as amazing features with people such as Ian Alexander, Benito Skinner and Dorian Electra; three artists I think are really standing up against toxic masculinity and rewriting what it means.

In terms of the beauty zine, beauty has always been a really integral part of Polyester. I’m infinitely interested in the possibilities of makeup to help us explore who we are, as well as the fact that those possibilities exist alongside the beauty industry being hugely morally corrupt and oppressive. The whole zine is co-creative directed by our beauty editor, Mona Leanne, who just has the biggest imagination and the best ideas. The zine is kind of a visual manifesto of what we believe the future of beauty should be.
One of the most important aspects of Polyester has always been my desire to support artists, to provide them with a platform and to champion their work. It made total sense to release Camille Mariet’s first body of printed work, ‘But Others Need to Pee”. When I first saw her photography way back when on Tumblr it totally flawed me, so when I found her Instagram a few years ago I knew I had to make her a contributor. The way she deals with femininity, sexuality, violence and vulnerability is like nothing I’ve ever seen before. 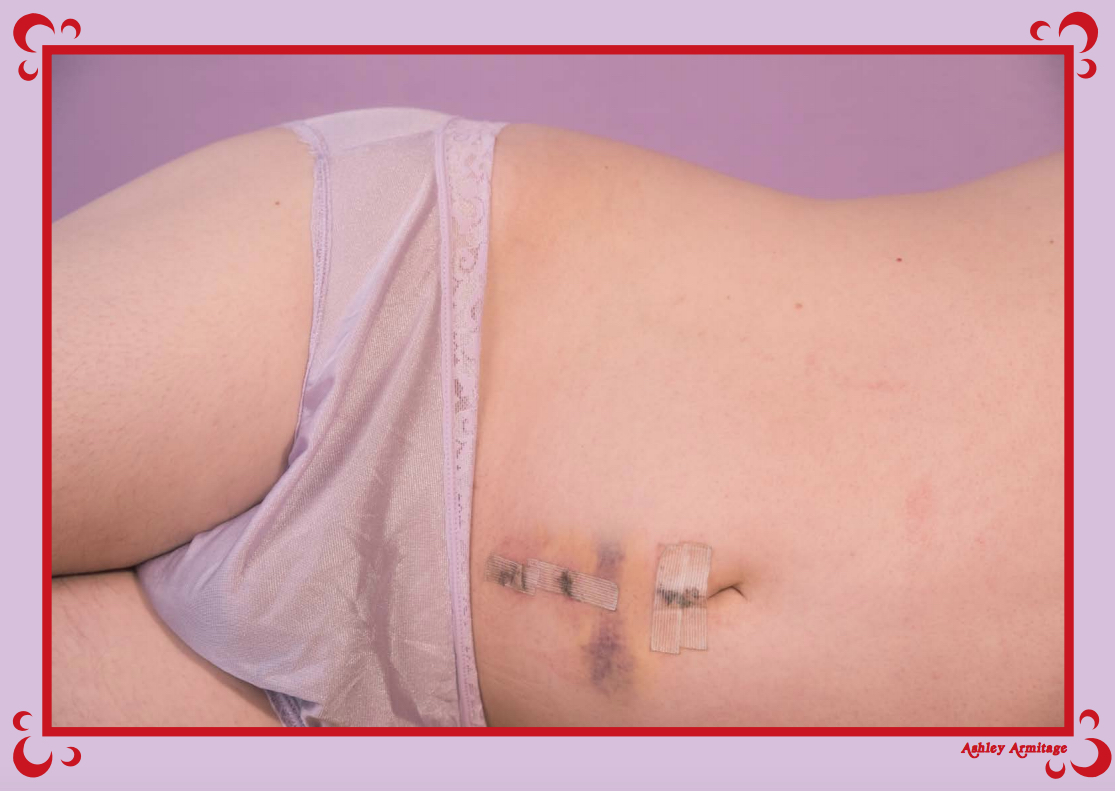 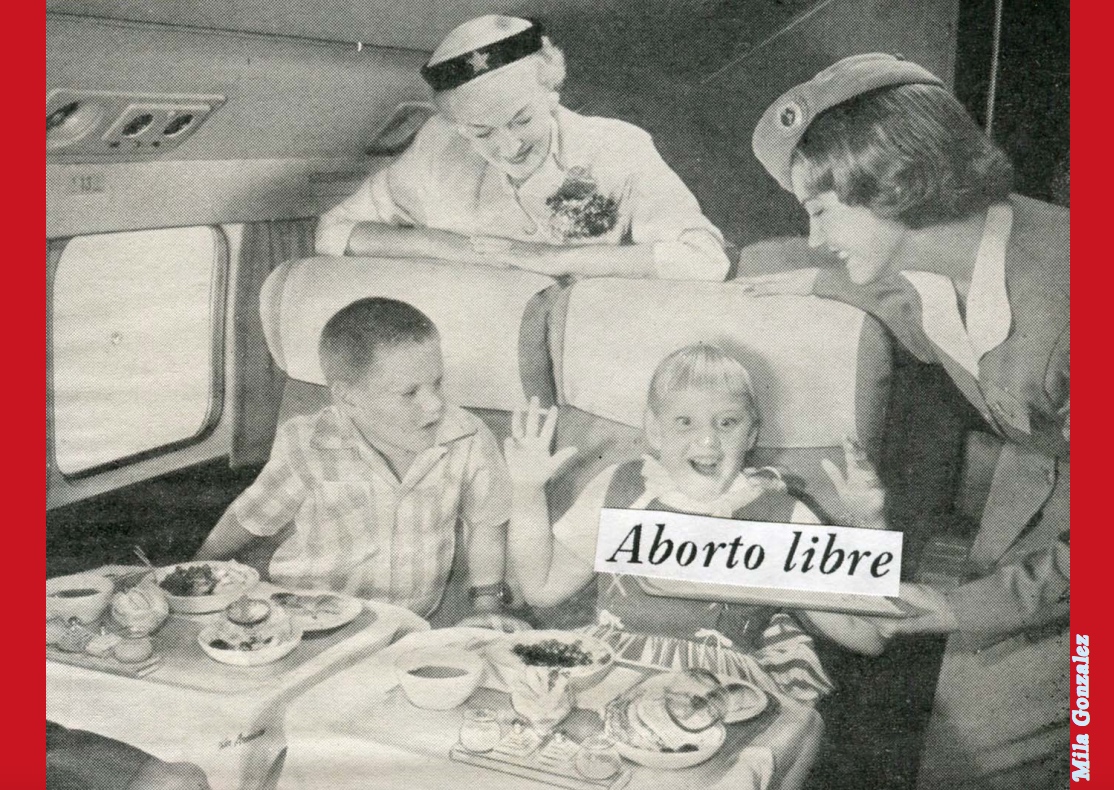 What were the most moving contributions to the ‘Saving Ourselves’ zine?
Honestly, I was blown away by each contribution for the ‘Saving Ourselves’ zine – they all really contribute something equally unique to the conversation surrounding reproductive justice. Everything either taught me something or made me feel something. I love Kai Isaiah Jamal’s poem about being trans and having to navigate the world of reproduction. I love Maisie Cousins’ collage about fertility, and Ashleigh Tribble’s essay on being fat and the barriers she faces in sexual health because of that. Rakel Mjoll from Dream Wife has contributed a piece about her relationship with her grandmother. Courtney Love penned an essay on rage, activism, modern feminism and her experiences growing up in Hollywood; which I am still completely in awe of. I’ve been so impressed with the enthusiasm of everyone from politicians, to artists, activists, musicians to come together united under this topic.

What is the ‘Polyester approach’ to activism? What do you hope to differently, and bring to the conversation?
For me, and therefore for Polyester, everything I do is sort of about supporting people. We aren’t actively legislating for anything and it doesn’t come with a sort of petition added on or anything like that – although obviously I would like all of those things to happen in the general conversation surrounding reproductive justice. I suppose the zine is to inspire action, to make people feel less alone, to teach people about reproductive justice and to support people who may be going through some of the issues covered within the zine’s pages. It’s almost like a call to arms, or an object that represents resistance. All the profit goes to charity obviously. But more than that it represents the current state of reproductive justice on a more grassroots level than you may see on the news or more widely covered in the media.

You’ve been publishing independently for five years – how has the industry changed in that time?
I reckon self-publishing has both got easier and harder. It’s hard to make and sustain an income, but that’s always been difficult. Everything always feels like it happens on a shoestring and with loads of luck. There’s not really much structural support for people in self-publishing, no real model to follow that actually works as to how you should run your business. I wouldn’t do it if it felt fruitless – making the zines and the community surrounding Polyester has always been really fulfilling – but like any job, it isn’t always easy. I worry about the near future more than like the grand scheme of things; every year I get to continue making Polyester and doing this feels like a pinch-me moment. 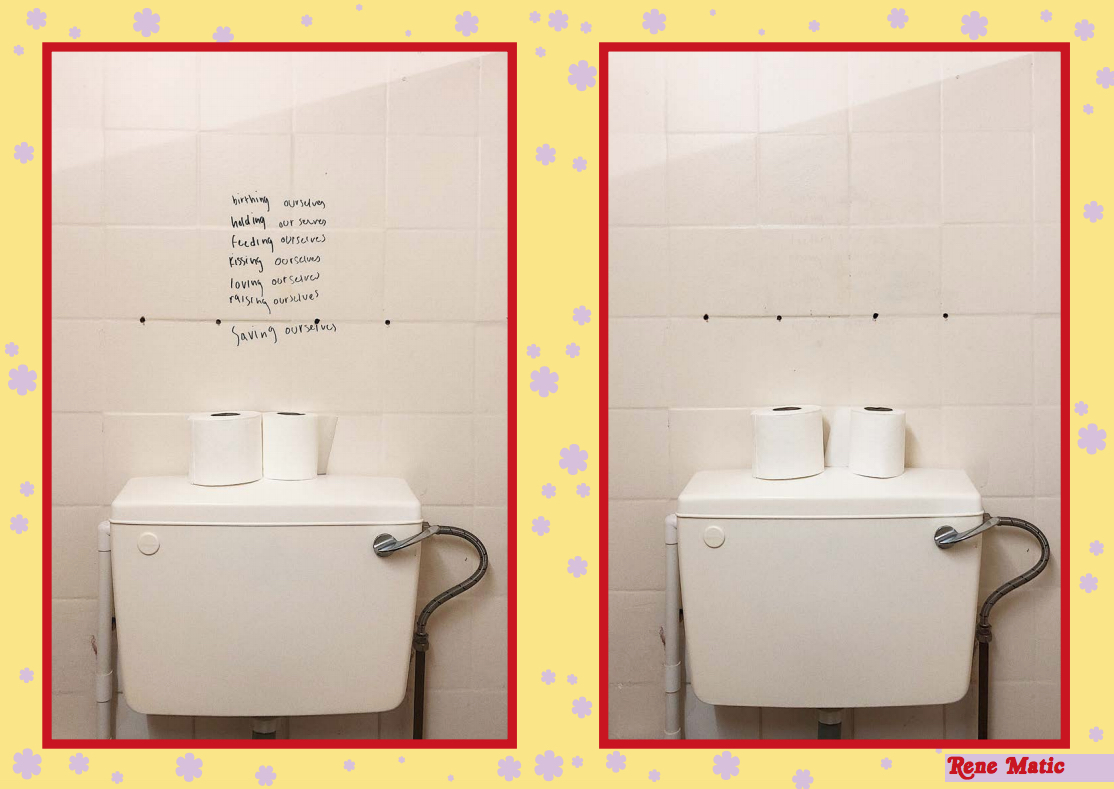 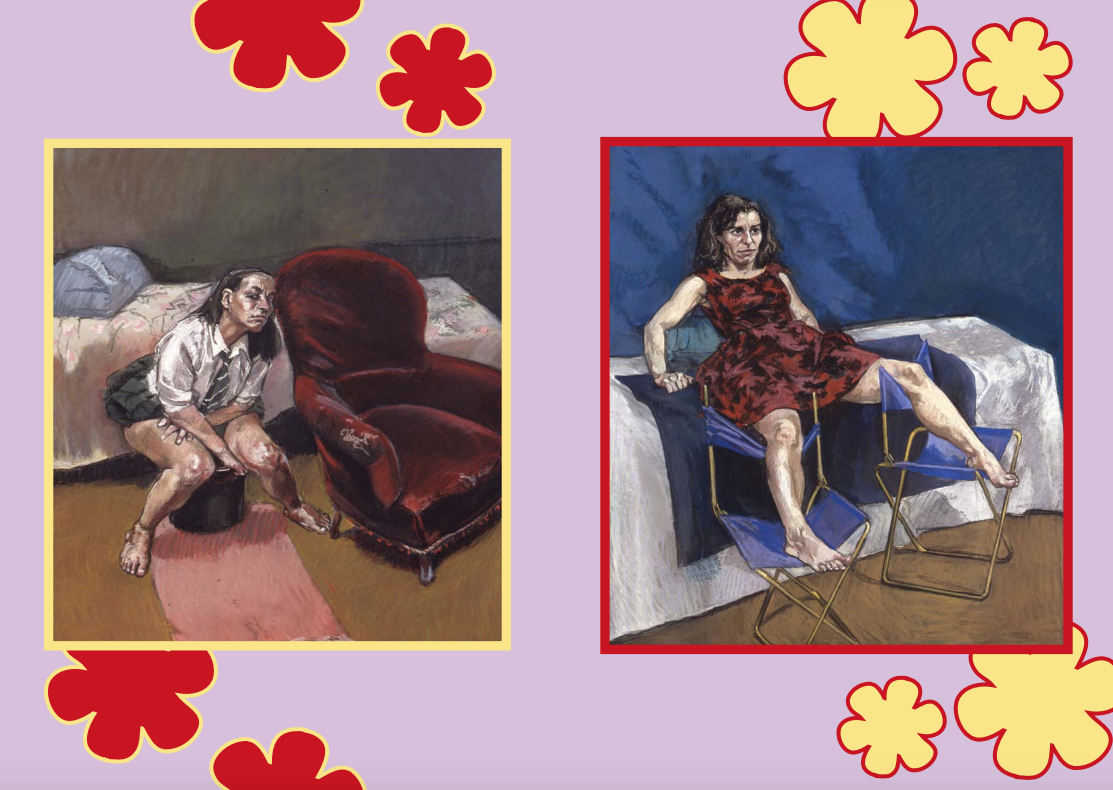 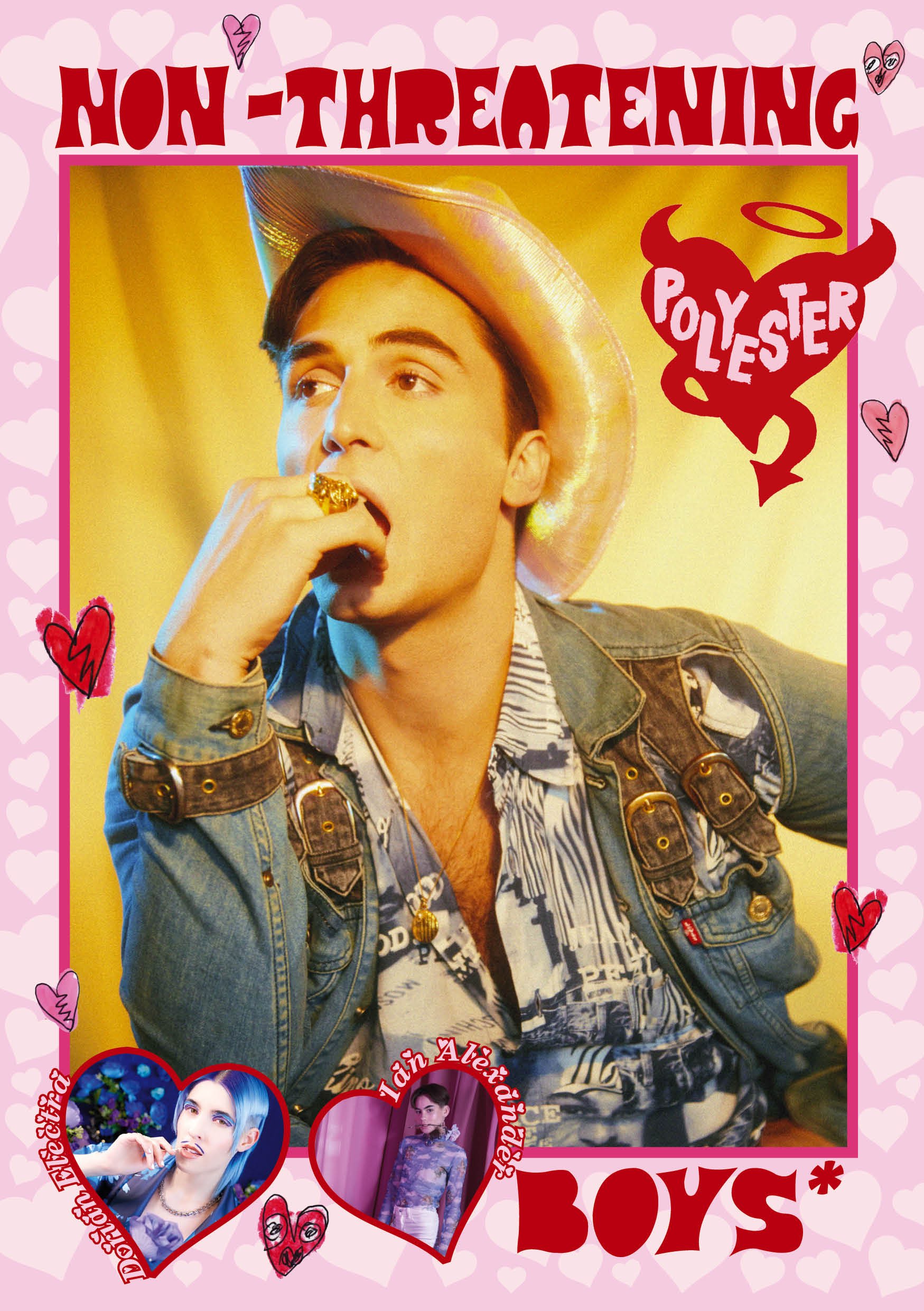 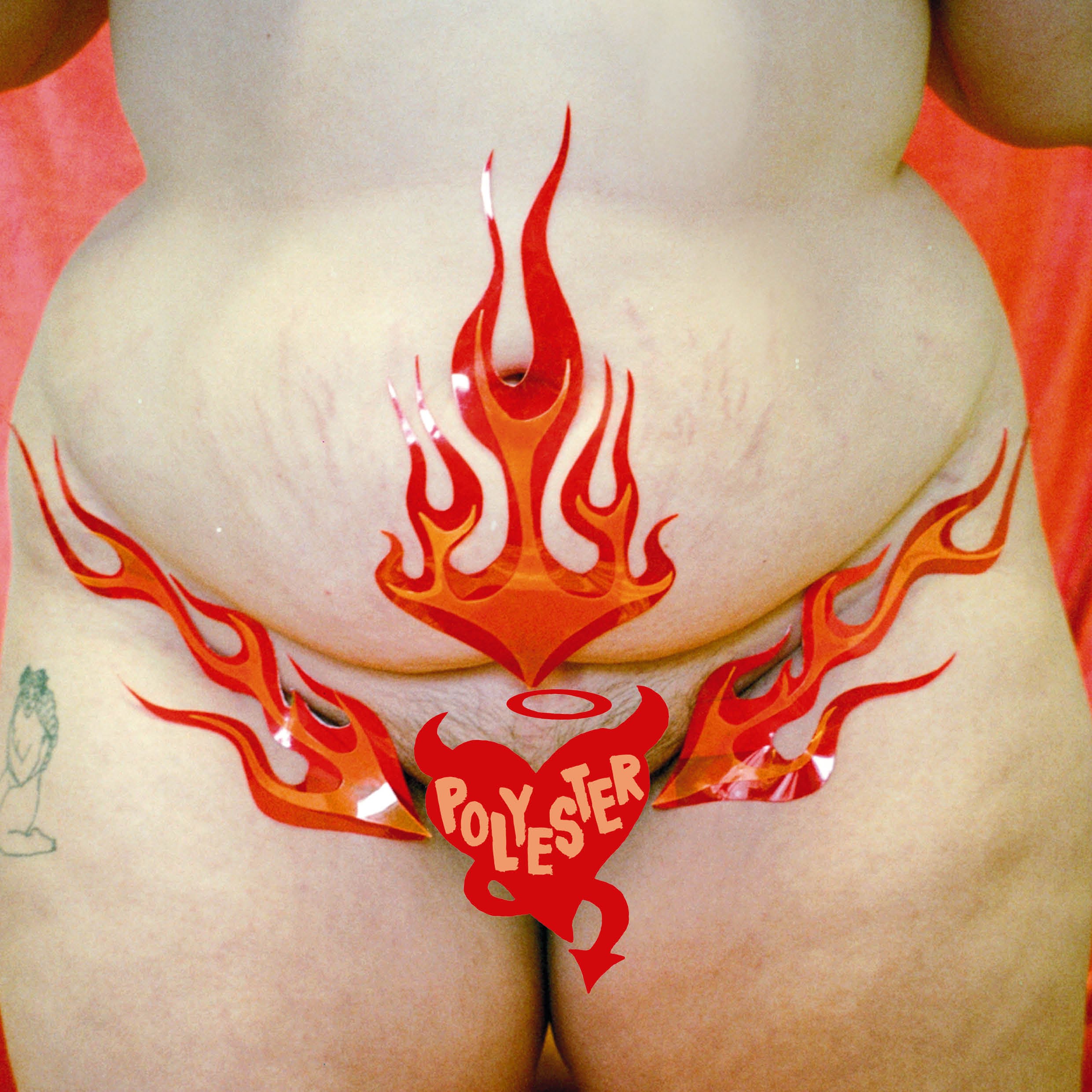 Get the latest issues of Polyester on the zine’s official website.

Linkedin
RELATED ARTICLES
OTHER ARTICLES
A new podcast is opening up the conversation between trans women and trans amorous men in the hope of building coalitions.
Tristan O’Neill’s shots of dancers caught in moments of reverie at the height of rave’s golden age are a testament to the UK’s legendary club culture.
Filmmaker Laura Poitras discusses her new documentary which traces the remarkable life of the artist-activist and the impact of her battle against the US opioid crisis.
After blocking the Scottish government’s gender recognition reform bill, Westminster is now devising further changes to the law to make it harder for trans people to self-identify.
Activists and campaigners are fighting back against new laws that would seriously undermine the ability to take industrial action, calling it an attack on fundamental workers' rights.
A new law change is enabling Britain’s donor-conceived children to know the truth about their origins – but campaigners say the fertility industry must do more to protect people.