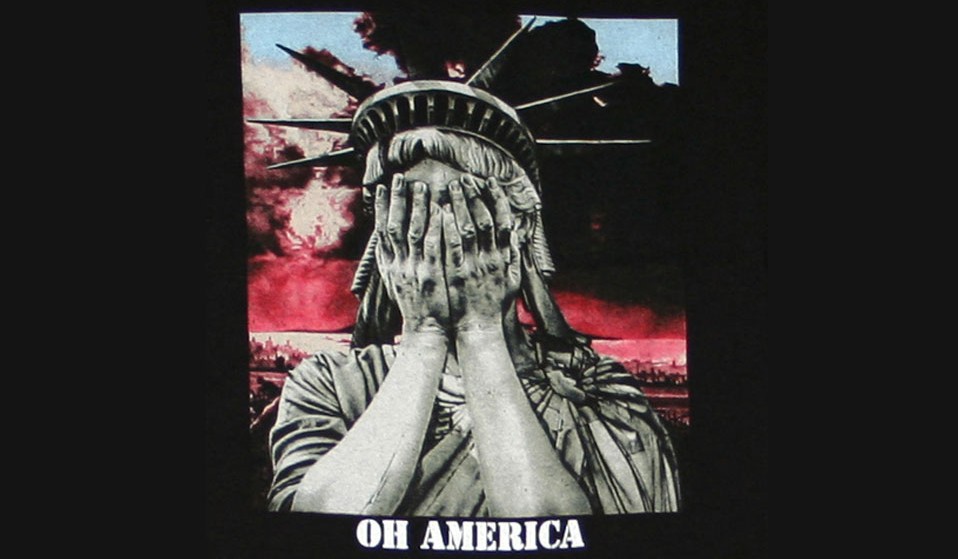 The founder of countercultural archive Boo Hooray thanks Killer Mike and 'everyday deli kindness' in his Ferguson-inspired Thanksgiving message.

The founder of countercultural archive Boo Hooray thanks Killer Mike and 'everyday deli kindness' in his Ferguson-inspired Thanksgiving message.

In the spirit of Burroughs’ Thanksgiving Prayer, in which he gives a bunch of wry thanks to great American achievements like the KKK and ‘Kill a Queer for Christ stickers’, countercultural historian Johan Kugelberg has penned an alternative Thanksgiving message for contemporary culture online channel Nowness.

The message, a sincere sort of poem statement, focuses on the riots surrounding the Grand Jury verdict on the Ferguson shootings and presents hope for a more united America.

Thank you America, thank you in these our saddest days in recent times.

Thank you America, thank you for the everyday kindnesses in every deli, in every kindergarten, in every factory; wherever people from every race or creed or cash-flow or conscience come together to show love for one another.

Thank you Killer Mike from Run the Jewels, who spoke what was in all of our hearts.

We are a nation of immigrants, brought together in a land where the wrongs of the old world were supposed to be corrected in this new world. And we aren’t there yet, and some would say not even close.

Thank you America at your worst, for reminding us as Penny Rimbaud of Crass says that there is no moral authority but our own.

Thank you America, for on this sad day underlining that we not only can live a life without slaves and without masters, but that we must.

The future is not writ in water, as we are all writing it together with our blood. We write it together, not apart. And as circumstances break us up, as injustices are apparent, as life turns us upside down, we come together as a people, over and over again.