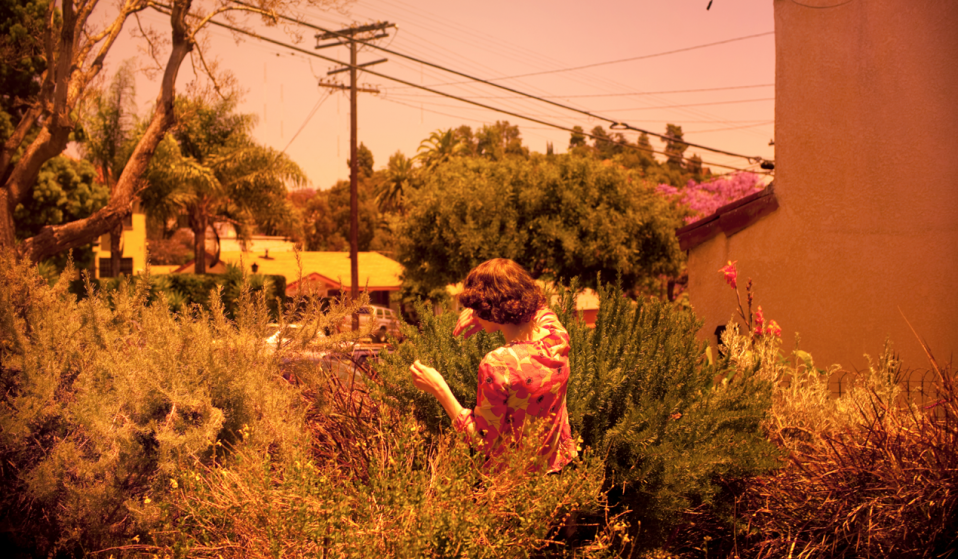 Miranda July has just published her debut novel, a pretty great feat for a multifaceted artist who is incredibly good at distracting herself.

Miranda July has just published her debut novel, a pretty great feat for a multifaceted artist who is incredibly good at distracting herself.

The blurb for Miranda July’s first book – a compendium of non-fiction short stories called It Chooses You – describes how, in the summer of 2009, Miranda July criss-crossed around Los Angeles meeting sellers from free-ads paper the PennySaver as she struggled to finish the screenplay for her film The Future.

It’s a classic tale of distractedness-turned-productiveness and one that is familiar to July, a self-proclaimed procrastinator who made this short film full of ‘handy tips for the easily distracted’.

July’s newest book The First Bad Man – her debut novel published in January by Simon & Schuster – is the latest in a multimedia string of achievements the author/artist/filmmaker/musician/comedian pumps out as part of her creative process. 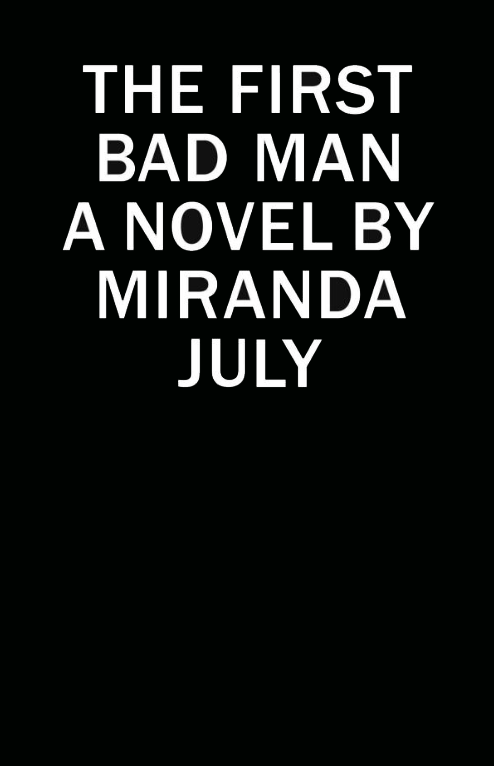 Inspired by her latest offering – a tale of a haunted recluse whose world is thrown upside down when a cruel houseguest forces her to face the real world – we’ve collected a bunch of the amazing projects that are a result of Miranda July’s hyper-productive procrastination.

In the mid-90s Miranda July dropped out of school, moved to Portland, and formed Joanie 4 Jackie – a feminist video chain-letter project for distributing women’s video work in the pre-YouTube era. Any woman could submit a video short; July would then put it onto a compilation tape with nine other videos, which she would then re-circulate so each video maker could see what the others were making. Inspired by the Riot Grrrl spirit in the Pacific Northwest at the time, July wanted to create a network of women filmmakers to support each other in producing visual art.

Learning To Love You More

Learning to Love You More is a collaborative project between artists Miranda July and Harrell Fletcher. The project consisted of a number of assignments – set by July and Fletcher – which were responded to by the general public. The responses were featured on a bespoke website (and in a series of non-web presentations such as exhibitions, radio shows and screenings). The project ran for seven years, from 2002 to 2009, and in that time over 8000 people participated in the project.

With her project WE THINK ALONE, July exposed the emails of famous artists, writers and musicians to a network of public subscribers. A bunch of ten emails (on a theme) would arrive every Monday, between July 1 and November 11, 2013, to the inboxes of those who had signed up to receive it. When the final email went out on November 11, 2013, WE THINK ALONE had 104,897 readers from 170 countries. There is no official archive of the emails, other than the collections saved by the subscribers. Said July on the project: “Privacy, the art of it, is evolving. Radical self-exposure and classically manicured discretion can both be powerful, both be elegant.” 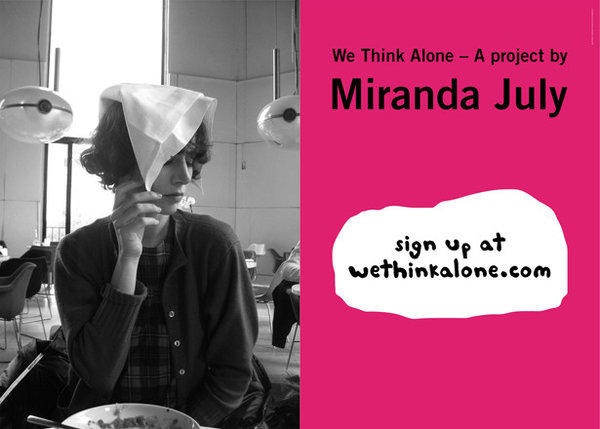 Somebody is an experiential app designed to bring people closer together, in real life. Put simply, it’s a messaging service that allows one person to deliver a message to another – but, instead of a direct friend-to-friend text, the message is delivered verbally, in real life, via someone else nearby. July said it was inspired by the idea of a singing telegram.

Linkedin
RELATED ARTICLES
OTHER ARTICLES
A conversation about work that has nothing to do with work.
Film and music video director and graphic designer, Mike Mills, on making real films and beholding old Hollywood.
Through films, books and one-woman live shows, she’s found a way to quell the urge to reach out and connect.