Art & Culture / Print / Top Picks / What can the ocean tell us about ourselves? 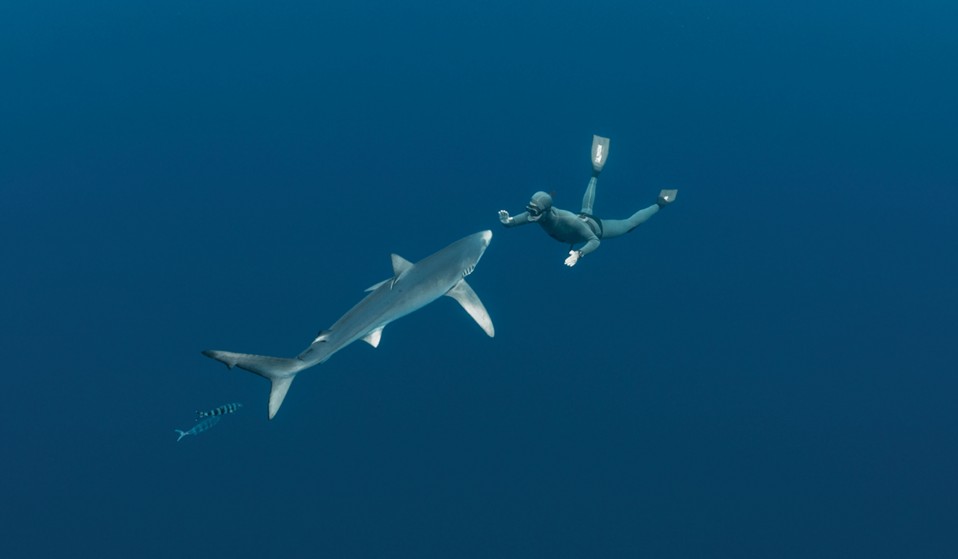 Author James Nestor talks about his book Deep, where he explores the world of freedivers, ocean explorers and renegade marine scientists.

Author James Nestor talks about his book Deep, where he explores the world of freedivers, ocean explorers and renegade marine scientists.

The ‘master switch’ sounds like the next Dan Brown or the holy grail of some humanity-saving space opera, but if fact, it’s something within all of us. Like all marine mammals, we possess the innate ability to flick this switch and remain in deep water whilst freediving.

We also share other extrasensory abilities with marine mammals: magnetoreception, echolocation and the body electric. All very Avengers, all very true.

In his book Deep – Freediving, Renegade Science and What the Ocean Tells Us About Ourselves, James Nestor journeys into the freediving community and reveals the innumerable fascinating characters exploring our underwater world. Nestor relates his tale like a rugged explorer – exciting, refreshing, characterful and with glaring honesty with regards to our interaction with the ocean.

We learn that dolphins have first and last names, sperm whales may be communicating in multi-dimensional sonic forms, vastly more complex than ours and that any healthy adult can achieve depths around 50 ft and hold their breath for more than three minutes with some training. 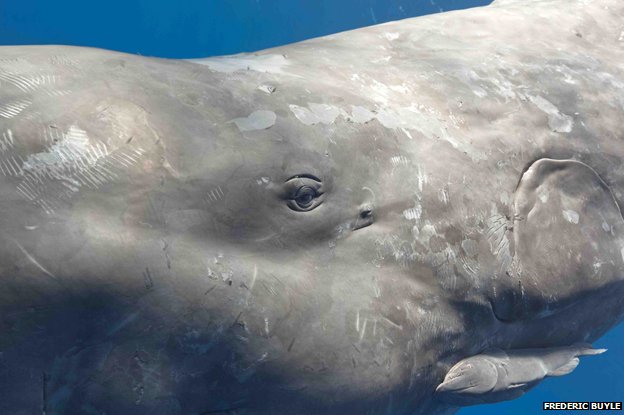 A sperm whale mother with her young – Photo Fred Buyle/nektos.net

It’s also clear that Nestor doesn’t claim to be anything other than normal, and his determination and eventual success is infectious. He discovers passionate people, utterly devoted to understanding our marine cousins, with limited resources and huge expanses of ocean to find their pearls of wisdom.

Huck spoke to James Nestor about his attraction to freediving and what he learned from pushing into the deep.

What drove you to immerse yourself in the freediving community?
The impossibility of it all. Over the last half century, scientists have told us that our bodies can’t survive the pressures of a 400 foot dive, that it’s impossible for anyone to hold his breath for 10 minutes, that a heart rate lower than 14 beats per minute can’t support consciousness. And yet deep in the water, we can do all these things. The impossible things become possible down there. Freediving showed me that we haven’t even come close to realising our potential — that’s really what the book is about. 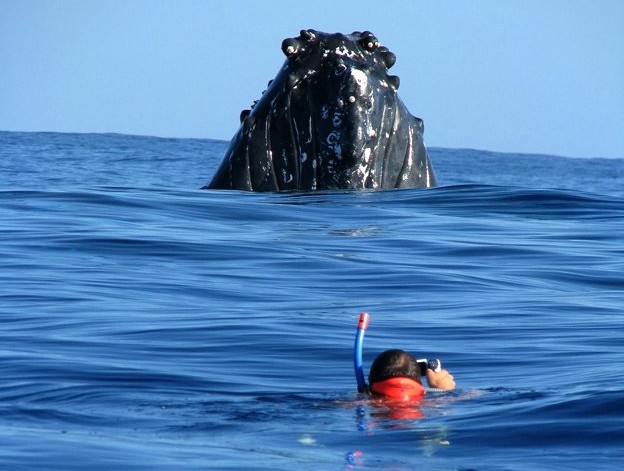 A diver observes a humpback whale – Photo by Lionel Laurent

There’s plenty of reference to the established science community and the renegade science gatherers – is there a grudging respect there and how do you see that relationship developing?
Putting yourself face-to-face with sperm whales, the world’s largest predators (which can grow to sixty-feet long and boast eight-inch-long teeth) isn’t something most people want to do, but it turns out that’s the best way — actually the only way — to really study them up close. Scuba and subs scare them, but they approach freedivers and often welcome them into their pods.

Very, very few colleges or institutions are going to allow their scientists and assistants to do this kind of work, but the group of renegade researchers I spent a year with do this stuff all the time. They’ve ruffled the feathers of quite a few institutional guys in the process, who called them “unscientific” and “hobbyists.”

Meanwhile, using slapped-together gear and freediving approach, this renegade crew has collected more sperm whale communication and interactions than anyone else — any academy, any institution — in history. So you can draw your own conclusions on what’s working and what’s not.

Luckily, some more open-minded institutional researchers are seeing the value in freediving research, have put their egos aside and starting to join forces. This is how real progress is going to be made in understanding these and other marine mammals. 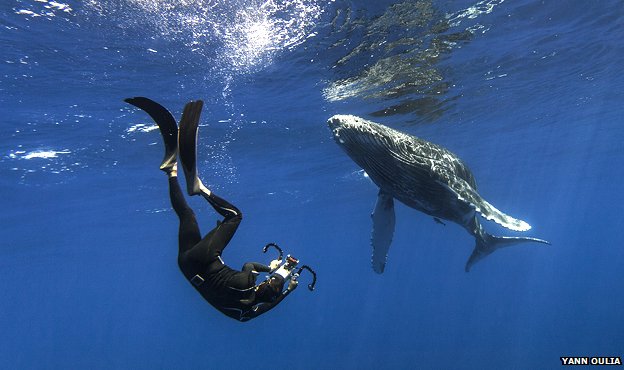 I just hope that people read past the gory headlines of competitors who recklessly pushed themselves too far and realise that freediving is more than just diving down to the end of a rope. Competitors represent .001% of the freedivers in the world.

It’s that other group — those freedivers who dive to find solace, explore the wonders of the ocean, connect with marine life — that I focus on in the book. To me, those more philosophical divers, and their approach to underwater exploration, is so much more interesting.

The most exciting thing for me was the potential communication aspect with more historically-established animals – if we can establish a line of comms, what are they likely to say do you think?!
More beer.

Could you ever go back to scuba?
Oh, I still love to scuba dive. Scuba and freediving aren’t mutually exclusive; they are just two different activities, like driving a car and walking. Both have their merits. If you’re searching for sunken treasure or exploring underwater ruins, use scuba; if you want to commune with oceanic life and explore you body’s amphibious reflexes, go freedive. To me, any excuse to get below the surface is a good one. Just go.

From your chronology of freediving it seems clear we were meant to dive and be water bound. Do you feel more marine as a result?
It’s no coincidence that our blood contains a 98% similar chemical composition to sea water, and that the amniotic fluid in which we develop is 99% similar to sea water. We’re literally born of the ocean and still have a veritable ocean within us. We share the same mammalian dive reflexes as dolphins, whales, seals, and other marine mammals. That’s not a coincidence. We’re meant to dive, and we’re meant to dive deep. 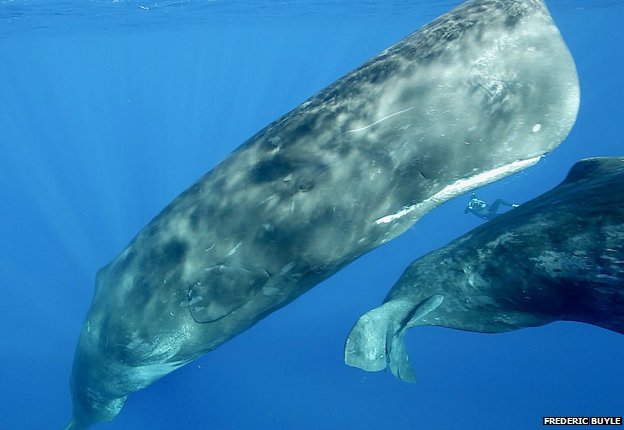 What was the most DIY moment you experienced while writing the book?
Watching a DIY sperm whale researcher take a pasta strainer, tie it to the end of a broomstick, rig a small hydrophone to the centre of the strainer, then use this contraption as a sonar device to locate sperm whales miles beneath our boat and tell us exactly when they’d be surfacing so we could be there, in the water, when they took their first breaths.

Institutions buy similar devices for thousands and thousands of dollars; this guy made his from junk he picked up on the side of the road. It just proved to me, again, that with a little derring-do, you can hack just about anything — even a sperm whale-detecting sonar system! 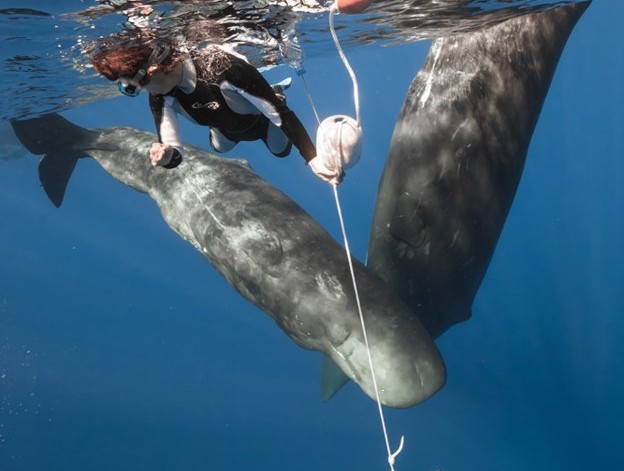 How has this book and experience changed you and the way you live, and what will it make you do in future?
While we’re busy pointing telescopes at the sky, hoping to find some sign of intelligent life in the universe, right below us, in the deep, are life forms with the biggest and most evolved brains known to have existed, animals who most likely have a form of communication much more sophisticated than any human language, who have social structures and cultures that very closely resemble our own.

They’ve been there for 50 million years just waiting for us to make contact. I can’t think of anything more exciting than that, to research these animals and be there when we finally make contact. I know that sounds like a New Age-y dream, but, I’m telling you, anyone who’s ever dived with sperm whales knows what I’m talking about. These are very intelligent, evolved animals. You feel that in an instant.

In all, Deep wasn’t just another assignment I’ll be hanging up and moving on from once the promo tour is wrapped. Now that I know, at least a little bit, of what’s churning in the dark depths below, I’m more excited to get in the ocean than I ever was.

James Nestor’s Deep – Freediving, Renegade Science and What the Ocean Tells Us About Ourselves is out now, published by Profile Books.

Linkedin
RELATED ARTICLES
OTHER ARTICLES
Rhiannon Adam spent three months capturing an ageing society wracked by division, isolation, and the aftermath of scandal.
As the Scottish government announces a rent freeze, an activist with Living Rent who fought and won shares how they did it, and what must come next.
Financial turmoil is pushing people who work in the sex industry into more dangerous and desperate situations as a means of survival.
The two-day long event returned to London this year, showcasing a spectacular parade, steel bands and Caribbean food.
In his 2008 series, the photographer pictured himself as Angela Davis, Martin Luther King Jr., Malcolm X, and other prominent figures.
A 37-year-old woman shares how her abortion led her to become a clinic worker, and the abuse she’s received in that role.