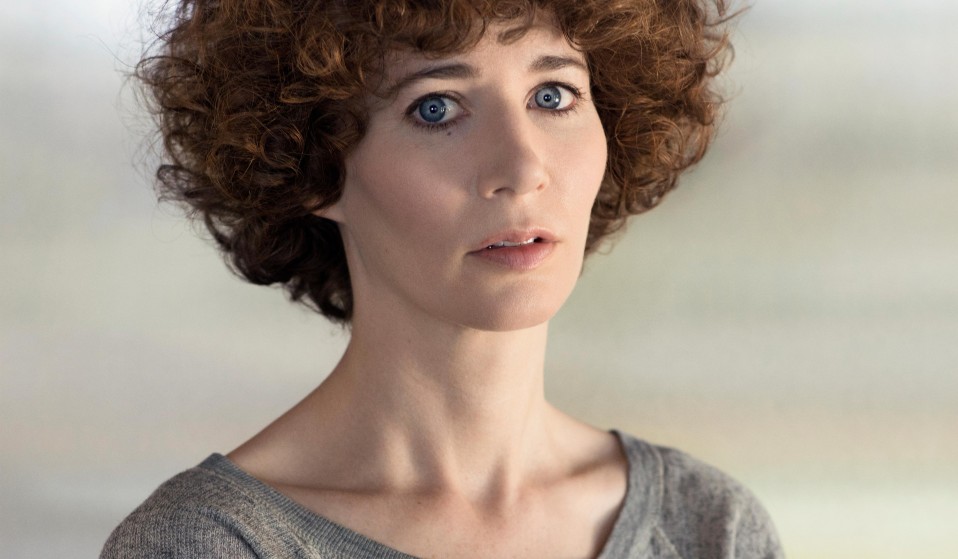 Miranda July was in London last night and spoke on how to write sexual fantasy sequences and the real men behind her debut novel The First Bad Man.

Miranda July was in London last night and spoke on how to write sexual fantasy sequences and the real men behind her debut novel The First Bad Man.

Artist, filmmaker, actor and author Miranda July appeared at the Purcell Room, Southbank Centre, last night to discuss her debut novel, The First Bad Man. After the success of short story collection No One Belongs Here More Than You, her first novel takes the reader through the inner life of a fortysomething single woman named Cheryl Glickman who is forced to house her boss’ tearaway teenage daughter Clee.

Here are five things we took away from the evening.

July imagines that her autobiography will be titled ‘Jumping to Conclusions’.
July joked around about the title of her autobiography as she confessed that one of her worst traits is refusing to admit when she is wrong. She jested that the cover image should be a picture of herself jumping in the air.

Helen DeWitt’s novel, Lightning Rods, partly influenced the way July approached the sexual fantasy sequences in her novel.
July requested that we spread the word about the books that shaped her first novel. A magazine recently misquoted her as being influenced by Sarah Crossan’s YA novel Breathe, when in fact she mentioned Breed by Chase Novak.

July was pregnant when she wrote the first draft of her novel.
It took July eight months to write a first draft of 90 pages and then two more years to re-work and add to it. Her novel didn’t start out written in the first person. That came later when she looked at books written by Sheila Heti and Ben Lerner.

One of the characters from her novel, Philip, is an amalgamation of real men July has had crushes on.
Though July stated she never wanted to meet the aggressive blonde bombshell character named Clee who she created for her novel, she did admit that Philip is a character inspired by real men.

Having a child motivated July to face life full-on.
July imparted some words of wisdom about motherhood. She explained how she was worried that having a child might stifle her creativity and that’s why she put it off. The opposite is true. Her affinity with other parents has had a profound effect on her.

The First Bad Man by Miranda July is out now, published by Canongate.

Linkedin
RELATED ARTICLES
OTHER ARTICLES
Jeffrey Henson Scales intimate portraits and protest images of the BPP and its leaders offer a rare insight into organisation at a time of societal upheaval.
Yohon Tatum, aka Legendary Father of the House of Tisci, reflects on nurturing a new generation of talent.
David 'Dee' Delgado’s photo project is about honouring and uplifting the city of his youth, and a world rapidly disappearing under the relentless onslaught of gentrification.
Photographer Sean Maung reflects on documenting a small town in Pennsylvania afflicted by high levels of unemployment, poverty, violence, crime, and addiction.
After blocking the Scottish government’s gender recognition reform bill, Westminster is now devising further changes to the law to make it harder for trans people to self-identify.
After building his reputation covering the US civil rights movement in the 1960s, the photographer went on to produce some of the most enduring images of the past century.