Art & Culture / Print / Top Picks / Are we living through an indie publishing revolution? 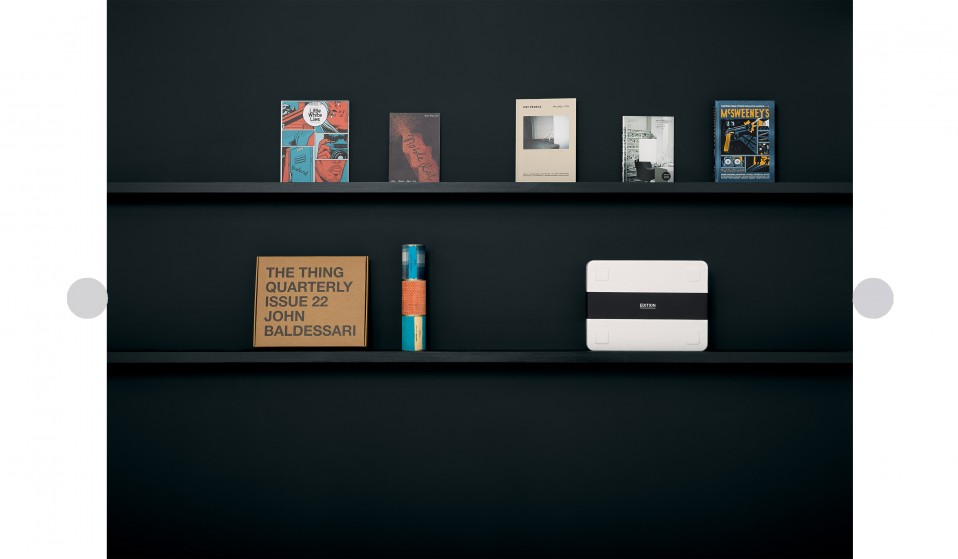 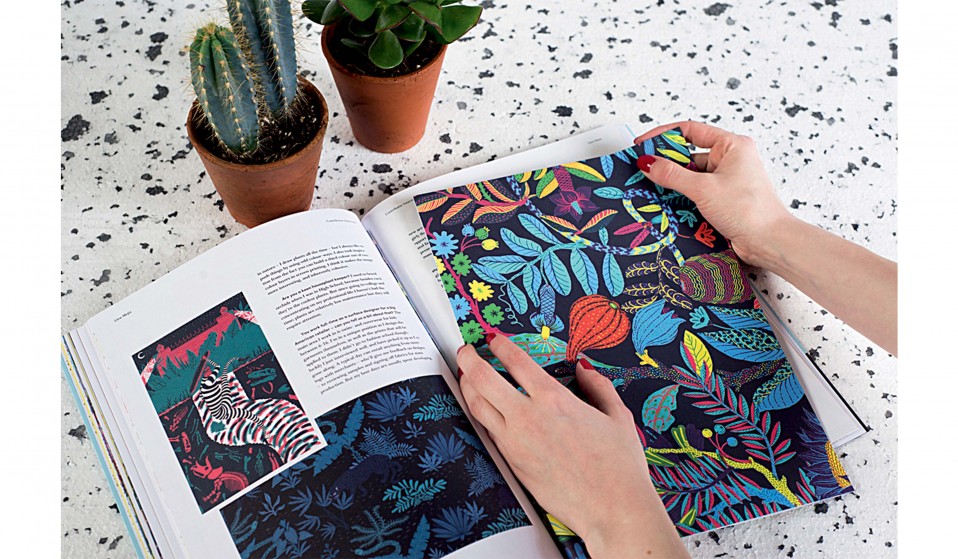 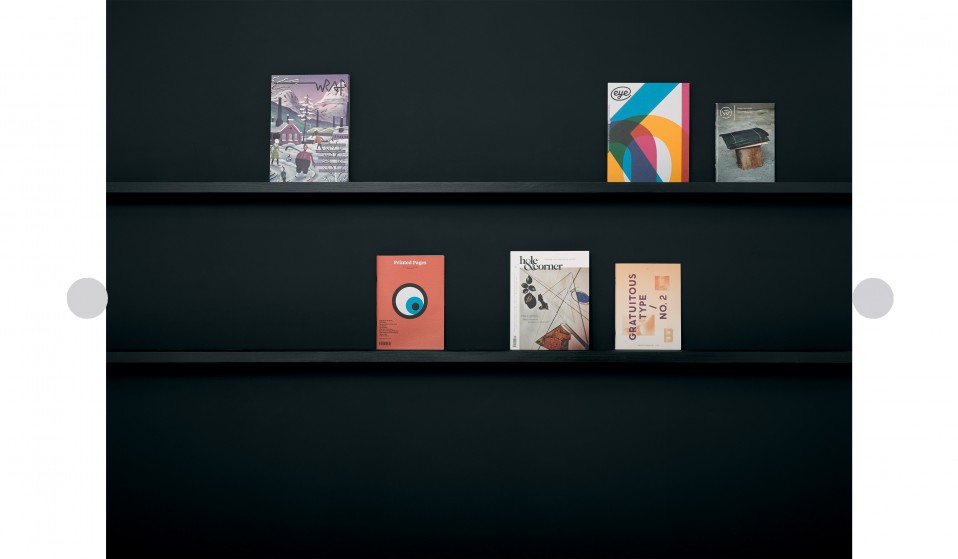 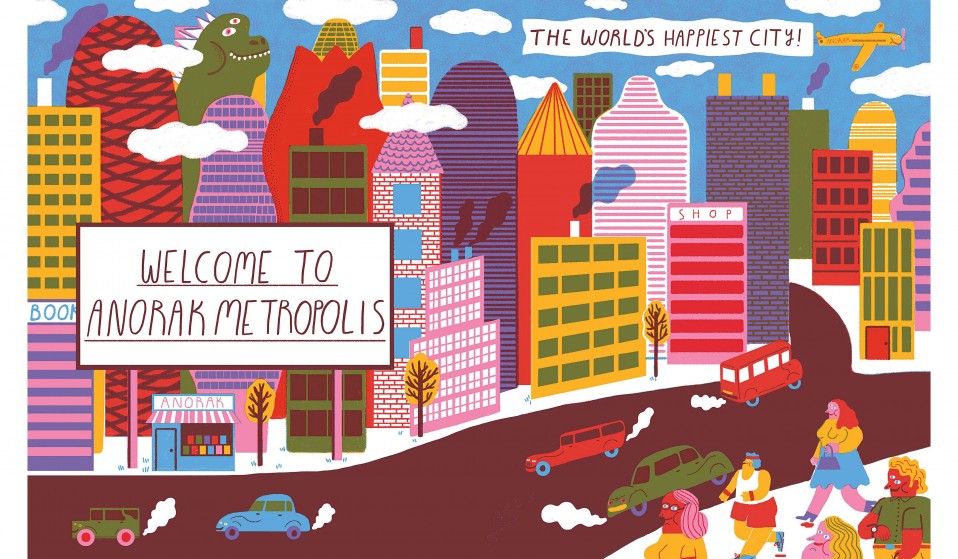 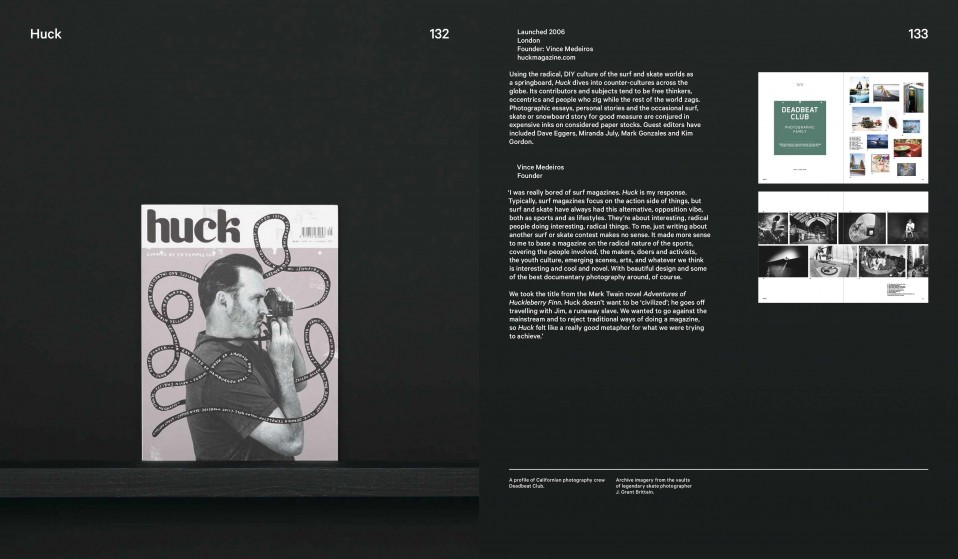 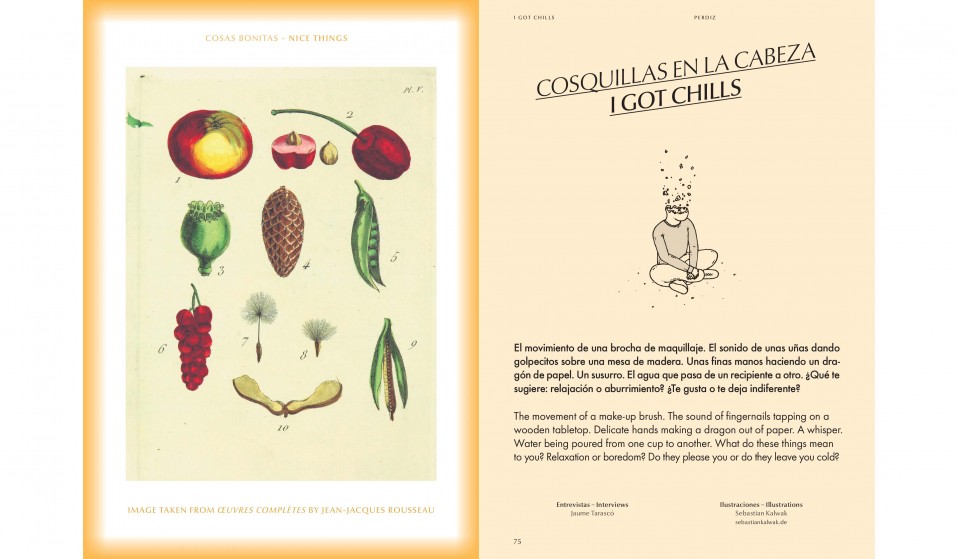 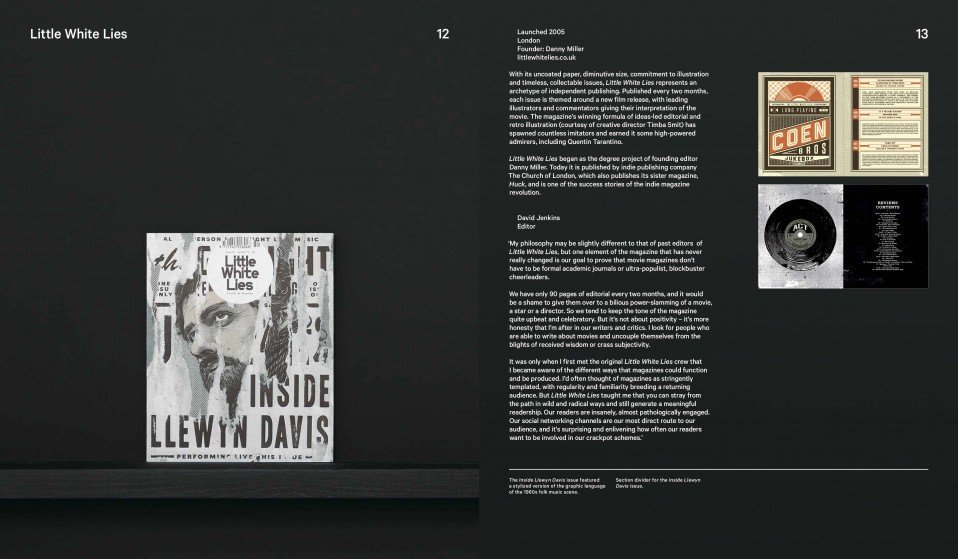 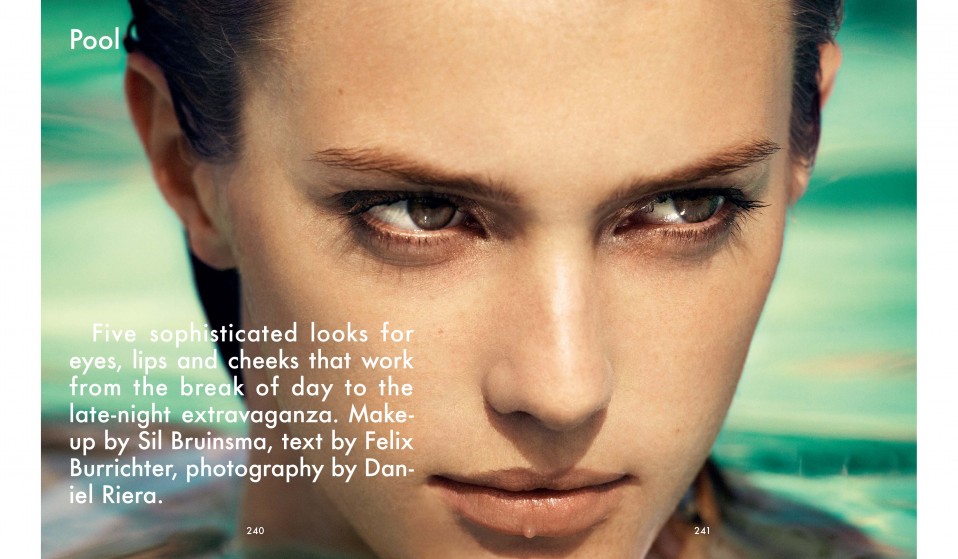 Independent publishing is in fine health. We asked Ruth Jamieson, author of Print is Dead. Long Live Print, about her favourite magazines and how to survive in a fiercely competitive industry.

Independent publishing is in fine health. We asked Ruth Jamieson, author of Print is Dead. Long Live Print, about her favourite magazines and how to survive in a fiercely competitive industry.

The creaking shelves in any good newsagent or art bookshop have a story to tell. Never before have there been so many indie magazines fighting for your attention. And the standard has never been higher.

But turn back the clock a few years and the words on everybody’s lips were: ‘Print is dead.’ So, what happened?

Author Ruth Jamieson’s Print is Dead. Long Live Print is an exhaustive study of this unexpected renaissance in independent publishing and the magazines that have pulled print back from the brink of extinction.

The internet may have decimated mainstream publishing, but Ruth argues it’s never been easier to start a magazine and find an audience. The fierce competition between titles is pushing up production values and the quality of writing and art direction – even if the people putting magazines out there are still struggling to pay the bills.

To survive, indie mags have to do more than look good – they have to engage with readers, be produced by passionate people and have something unique and necessary to say.

More and more people are taking up the challenge and new titles keep rolling off the presses, but how high will this wave go? Have we already reached the high water mark? And what happens when the first generation of true digital natives – the kids who got iPads and Candy Crush before picture books and Dr. Seus – come of age?

We spoke to Ruth for her take on the state of indie publishing today and what the future holds for the industry.

Are we seeing a renaissance in independent publishing?
Absolutely. It’s never been easier to start your own magazine and find an audience. There’s never been a better time to be a magazine fan. The whole ‘Print is dead’ narrative has turned out to be only half true. The internet has killed, or is killing, print, but only print of the 10-minutes-of-distraction-before-you-chuck-it-in-the-bin variety.

This timely death has cleared the way for crafted, covetable, collectable print. The indies have been at the forefront of this, but the mainstream are following. So I’d say this isn’t just a renaissance in independent publishing. This is a renaissance in publishing full stop. 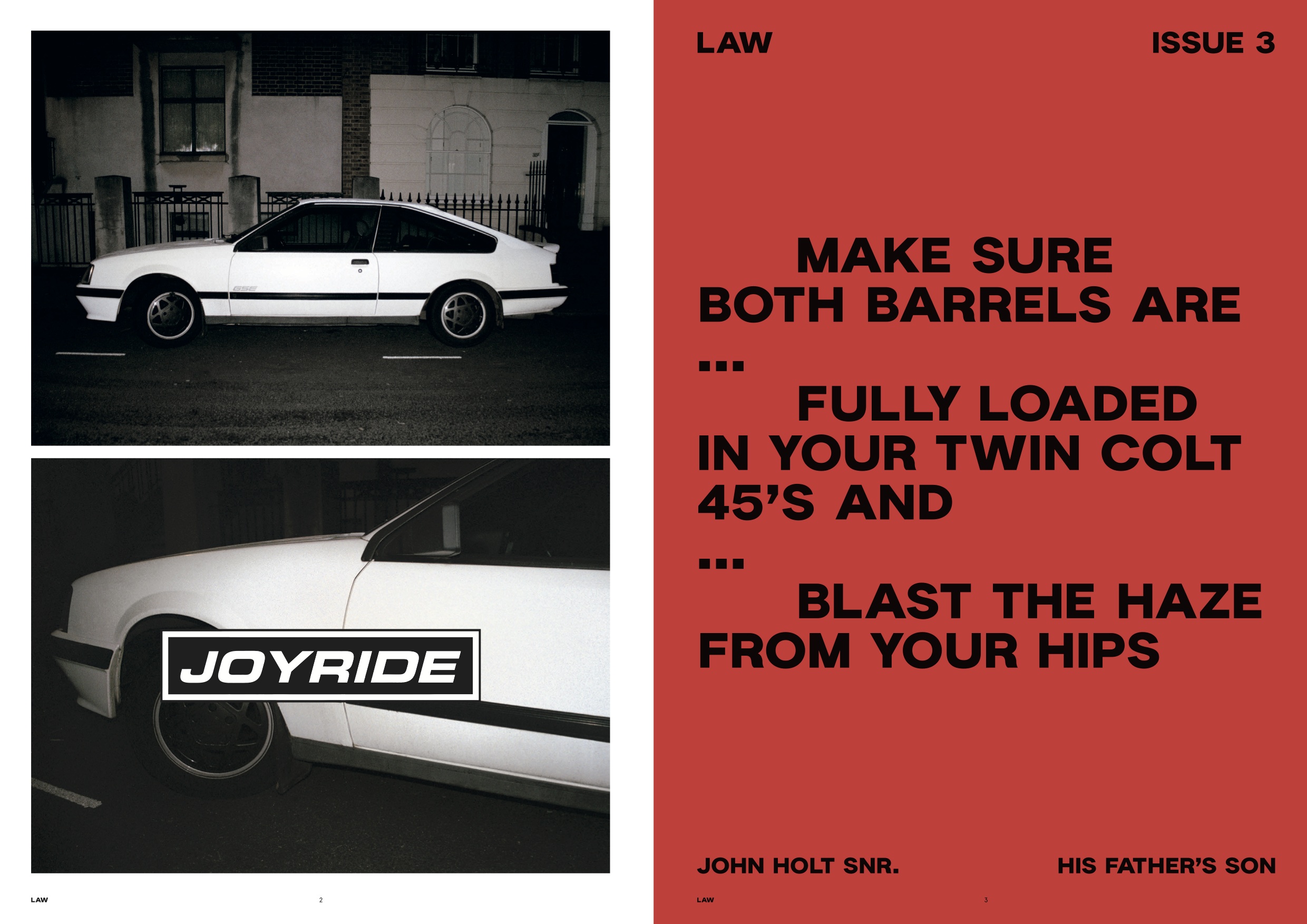 Do you think it will continue when the next generation come of age – the kids who have had tablets and smartphones for as long as they can remember?
Totally. Even those whippersnappers who consider Facebook to be old media will still cherish printed magazines. Just as people born after the invention of the record player still want to experience live music. And people who grew up with TV still go to the theatre. Just as people who’ve always known telephone communication still leave their homes to meet people for a chat. Humans are physical creatures. We still have a need for tangible, haptic experiences, even if the specifics and regularity of the need changes as new technology arises.

What makes a great independent magazine? How did you make your selection for the book?
I chose magazines that were game-changing in some way. Either through their core idea, their art direction, their readership or their ethos. Magazines like Works That Work, WRAP, Riposte, Delayed Gratification, and of course Huck and Little White Lies.

I included ones that didn’t just have great art direction and editorial but also had a strong, unique concept their core. It wasn’t enough to just be pretty. Selecting the magazines was very hard. At one point I had a shortlist of 225. I could easily have filled another three books. I hope that’s reflected in the incredibly high quality of the magazines that did make it in.

We still have a need for tangible, haptic experiences, even if the specifics and regularity of the need changes as new technology arises.

Were there any common themes that emerged from successful independent mags?
Common themes are doing something no one else is doing, and offering something digital media can’t offer. That and great art direction and editorial, a focus on the reader rather than the advertiser, and having a strong, unique idea at the magazine’s core. Oh and investing in the magazine as an object, so, good paper stock, expert printing, well-researched, well-produced content. Overall, these magazines are defined by their attention to detail and commitment to lovingly crafting something people will want to keep forever rather than throw in the recycling bin the next day.

Twisting the Desert Island Discs concept: If you could take just three of the mags in the book with you to a desert island, which would they be and why? (You get a subscription on the island)
Ahhhh. That’s so hard! I’m going to assume that you’ll give me Little White Lies and Huck anyway and the remaining three are additional. I’m also guessing there’ll be limited a diet on the island, so I think I should have a food magazine to keep me feeling well fed. Plus there are so many amazing food mags around at the moment. I’m going to go for Fool because I love the way they combined the visual appeal of Vogue Italia, the long features of The New Yorker and the photography standards of Life and applied them to food. Plus it’s one of those magazines you really can read from cover to cover.

Then I’ll take Boat, (the travel magazine that move their entire editorial team to a new location for each issue) because they give this incredible, in depth window on to the world. Plus maybe I can persuade them to visit the island and then I’ll have some company. Finally I’m going to take the incredibly beautiful Hole & Corner because it’s all about inspiring makers and craftspeople, and that’ll encourage me to build things on the island.

Having said all that my favourite magazines change all the time, so ask me tomorrow and I could pick a different three. 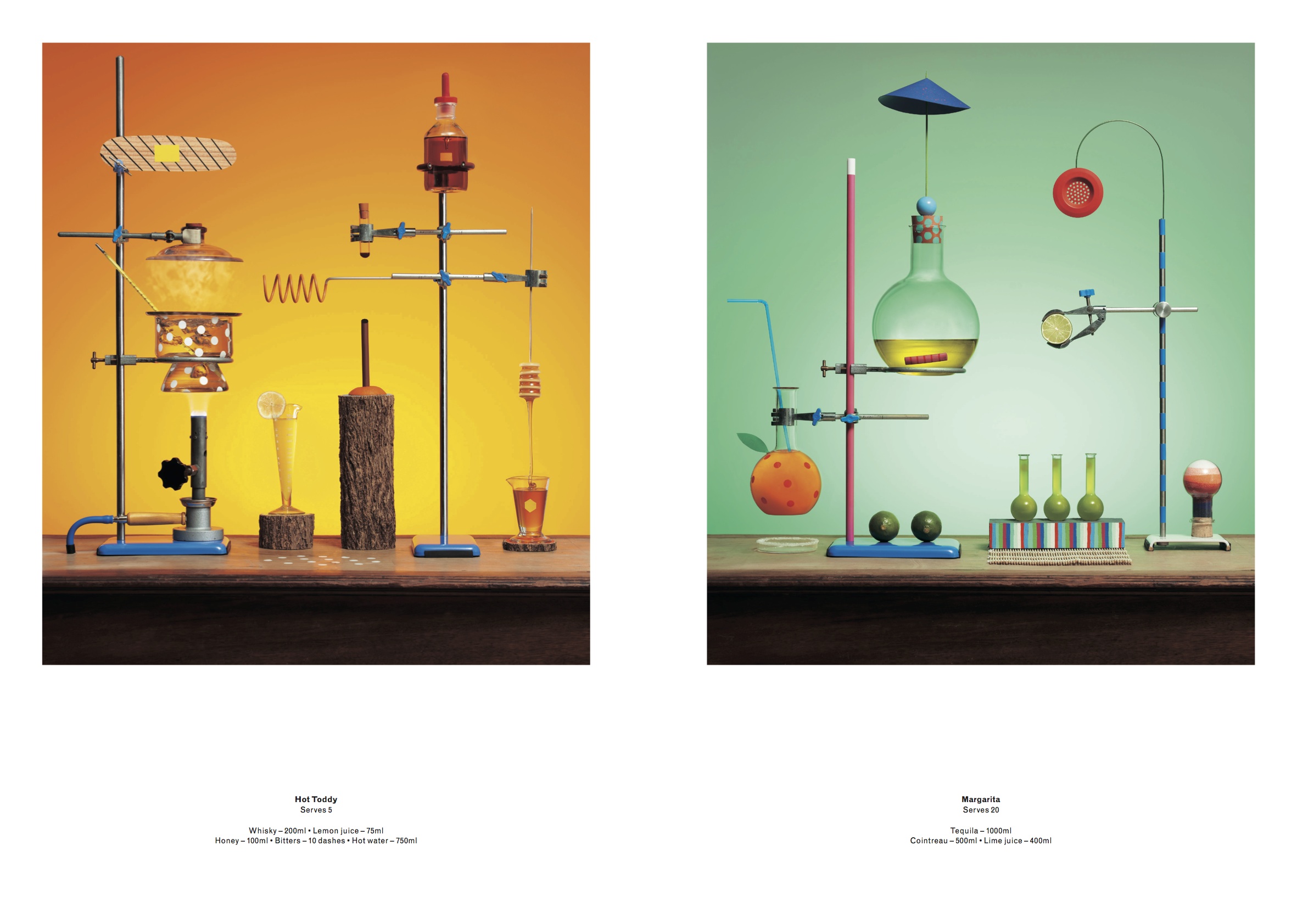 What’s the future for indie publishing?
It’s never been easier to start a magazine. But it’s still hard to keep one going for more than a year. Especially as more great mags launch and the newsstands get more competitive. So, I think we’ll see more magazines come and go. But that the standard will continue to rise. There really hasn’t been a better time to be a magazine fan.

We’ll also see the mainstream starting to look more like the indies. They have to learn from independents if they want to survive. So, there’ll be more investment in content and more focus on producing a quality product, more collectable issues, a move away from trying to compete with the internet and towards doing things only print can do. We’ll also see mainstream magazine branching out beyond their print issues to offer other things, like events, products, educational programmes and experiences.

What advice would you give to aspiring publishers hoping to start their own magazines?
Think about your reader. Have a strong idea. Do something no one else is doing. And don’t get caught up in advice and trying to make the perfect magazines. Just get going and publish. You can also close that magazine and start a new one.

How much does this independent publishing revolution spread out from the obvious places in like London and New York? Are there any indie publishing hotspots in lesser known cities or outside the US/Europe?
It’s definitely rife in the usual places like London, Paris and New York. Amsterdam and Barcelona are also hotspots for indie magazines. And Japan has an exciting scene that’s grown out of their art book scene. Kinfolk coming out of Portland has done amazingly. And in the UK, the indie scene in Bristol is going from strength to strength.

But the independent publishing revolution is spreading all over. Because they don’t rely on country specific advertising revenue as much as mainstream magazines, independents tend to have global readerships. And that helps the whole thing spread. Someone in Melbourne spots a magazine publishing in Bristol on Instagram, they buy it, they love, they decide to start their own. That gets spotted by someone in Berlin and on it goes.

Linkedin
RELATED ARTICLES
OTHER ARTICLES
A campaign seeking to prevent future injustices where there is state involvement is gaining momentum, with Labour recently pledging its support.
A new exhibition is marking the photographer’s 100th birthday with a look back at his extraordinary career.
A new documentary tells the story of an unassuming cul-de-sac of 13 timber framed houses built by Fusions Jameen – London's first Black housing co-op.
The demonstration took place this week over plans to slash £50m from arts bodies in London.
Proponents of personality tests argue that they’re necessary to find the best person for the job – but in practise, they’re often discriminatory.
Through stills, anecdotes and film criticism, a new book examines the portrayal of women’s destructive emotions, reframing it as a challenge to patriarchal structures.