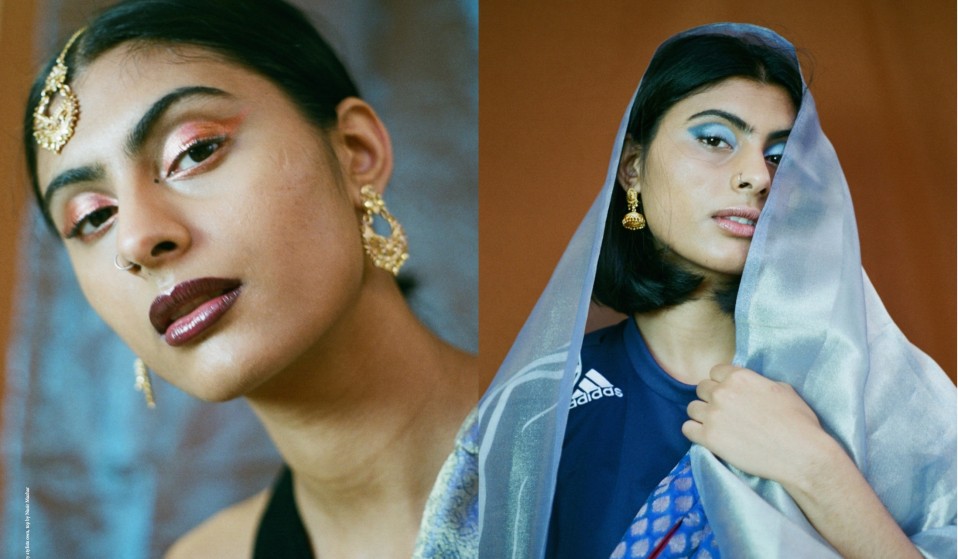 Blending beautiful photography and thoughtful storytelling, Azeema is the new publication celebrating women from across North Africa and the Middle East.

Blending beautiful photography and thoughtful storytelling, Azeema is the new publication celebrating women from across North Africa and the Middle East. ‘We won’t put anything that isn’t strong or empowering,’ explains co-founder Sunayah Arshad.

The morning after Saudi Arabia lifted its decades-old ban allowing women to drive in September 2017, the Twittersphere rejoiced. While certainly worth applauding, it elicited a typically orientalist response – that women of Middle Eastern heritage are yet to enjoy the rights of their Western counterparts.

With ‘oppressed’ or ‘submissive’ stereotypes of this community abounding onscreen and in the mainstream media – the only other time these women escape these tired tropes is if they’re labelled as ‘exotic’ – the landmark ruling yet again reinforced the idea that women of Middle Eastern and North African heritage share identical experiences.

It’s this that Azeema Magazine’s second issue, ‘Huia’ aims to rectify by reflecting and celebrating the multiplicities of their experiences. Founding editor Jameela Elfaki and Associate Editor Sunayah Arshad launched Azeema – an Arabic name for strength – for women of Middle Eastern and North African heritage, as well as WoC. 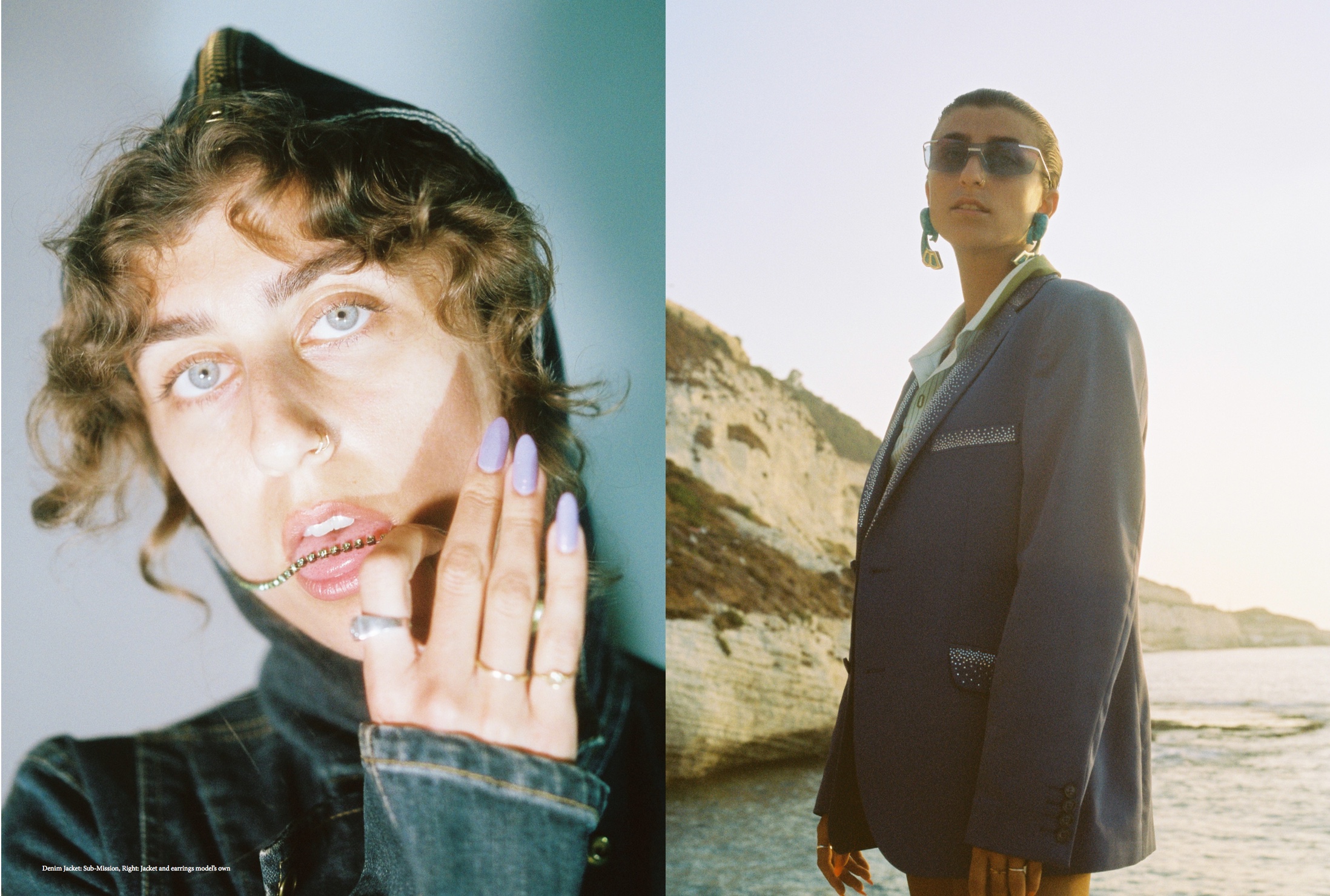 It was born out of frustration, Jameela tells me: “Whatever was being put out at the time was not a true representation of women from Middle Eastern and North African heritage. Since I’ve been really young, I’ve not seen anything I could be inspired by that looks like myself. So I think that’s what [spurred] me on.”

The first issue, whose cover featured a hijabi women at the front seat, was undoubtedly provocative (at least for an audience that is yet to reconcile the idea of a hijabi-clad woman that can also drive). “I wanted to put something out there with a bang,” Jameela recalls. “I wanted it to be a statement, attention-grabbing. That was my kind of my purpose for the first.”

This time around, Azeema’s second issue, which is out this week, is centred around identity. “I wanted to hone it in a bit more and to show a closer to home reflection,” she adds. 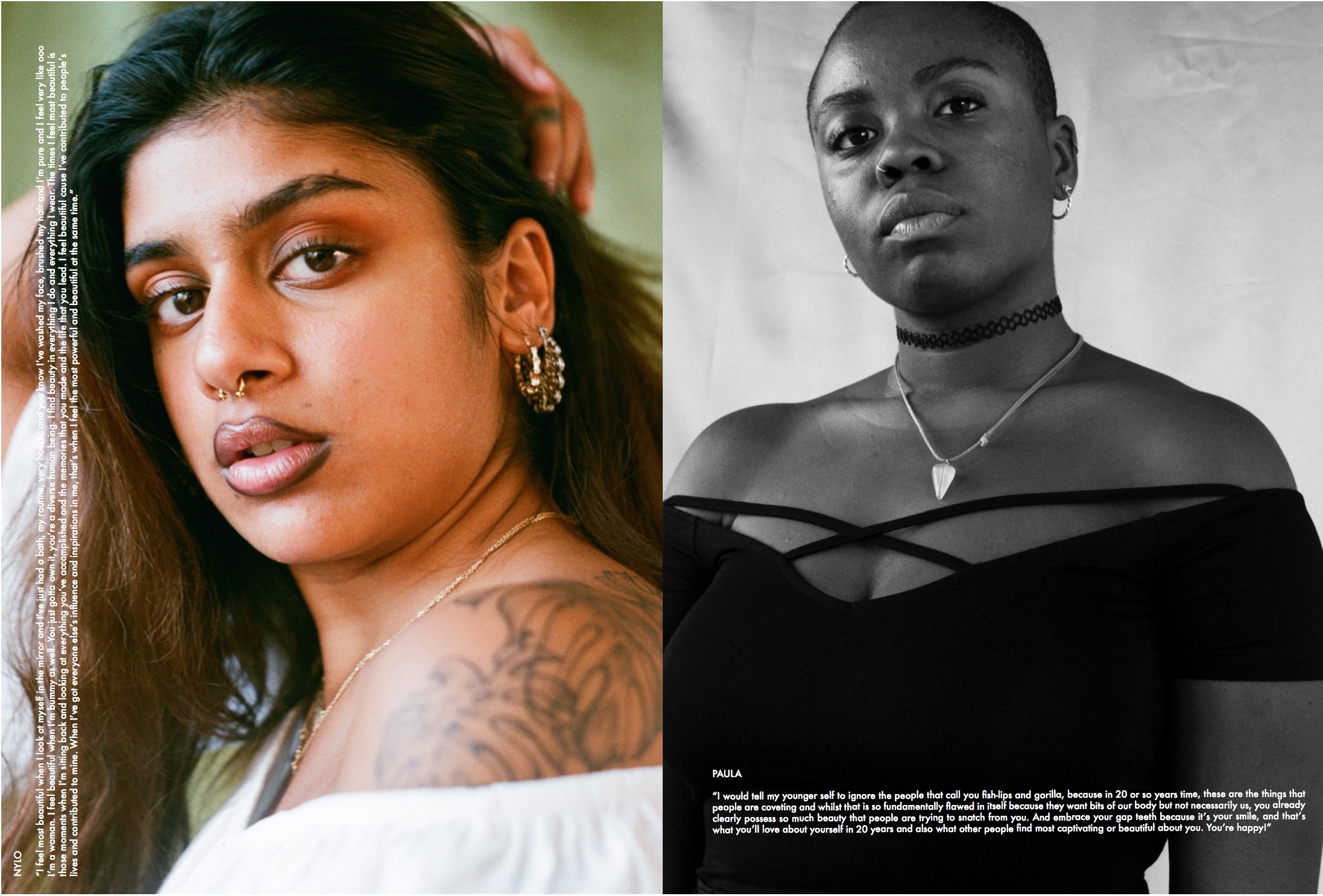 The spreads span self-love, sexuality and mental health; from think-pieces on the expectations of immigrant families and the challenges of being a gay Arab, to a portrait-led piece featuring 12 WoC discussing their relationships with their bodies in raw, unflinching detail. Jameela also profiles a Muslim female kickboxer in a male-dominated field.

Both Jameela and Sunayah are cautious of maintaining Azeema’s ethos of celebrating the strength of WoC throughout. “We won’t put anything that isn’t strong or empowering,” Sunayah adds. “We’re trying not to lose that focus.”

With the likes of Galdem and Variant Space providing much-needed spaces for their respective communities, are we in the midst of a WoC-led revolution? “Girls are creating communities for themselves through social media, which is amazing,” Sunayah affirms.

But Jameela is adamant that while Azeema’s relevant to a wider audience, it’s also a tool for WoC struggling with their identities. After all, she’s found being a woman of Middle Eastern heritage a ‘conflicting and confusing experience’: “That’s one of the aims, helping younger girls understanding their heritage and culture.” 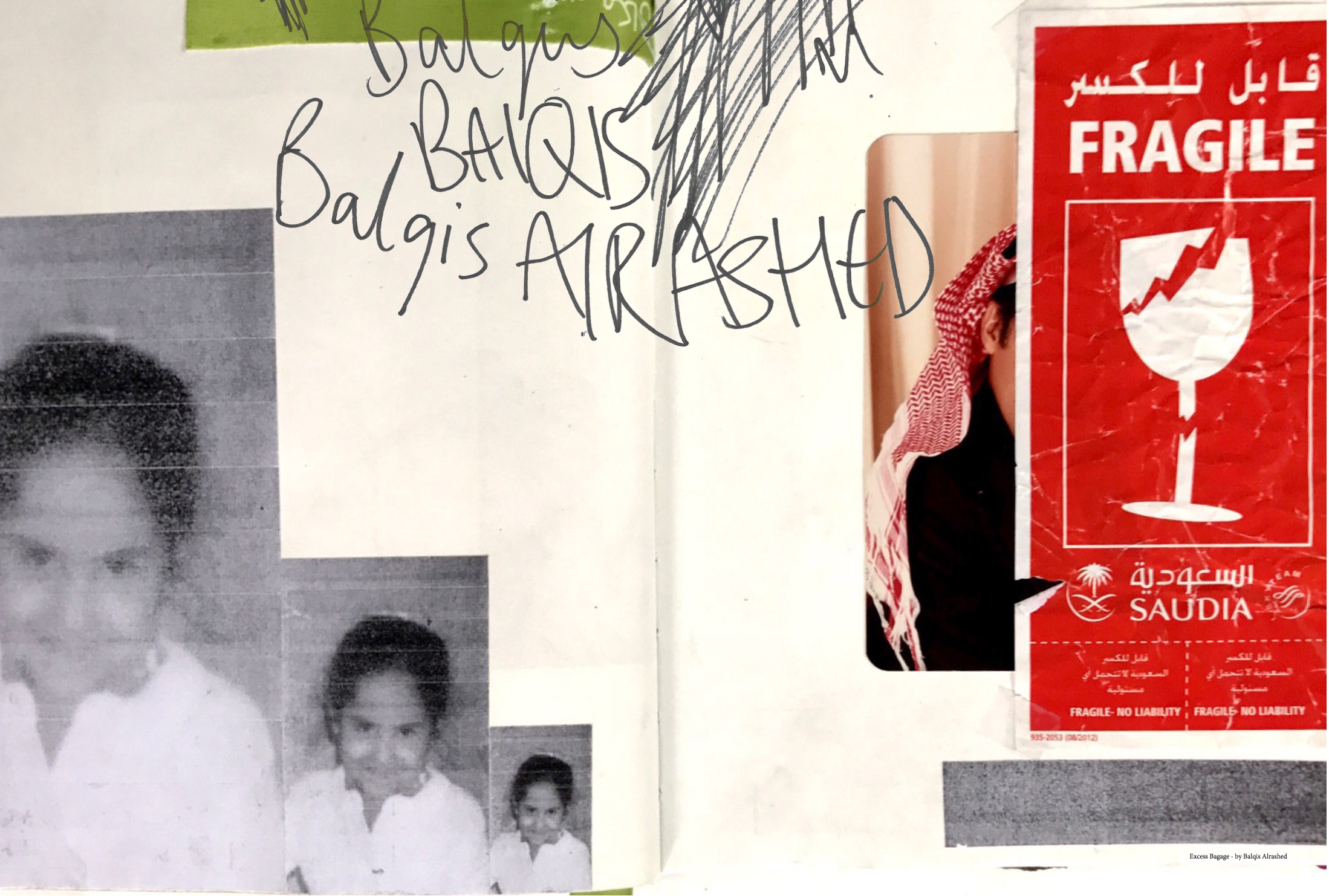 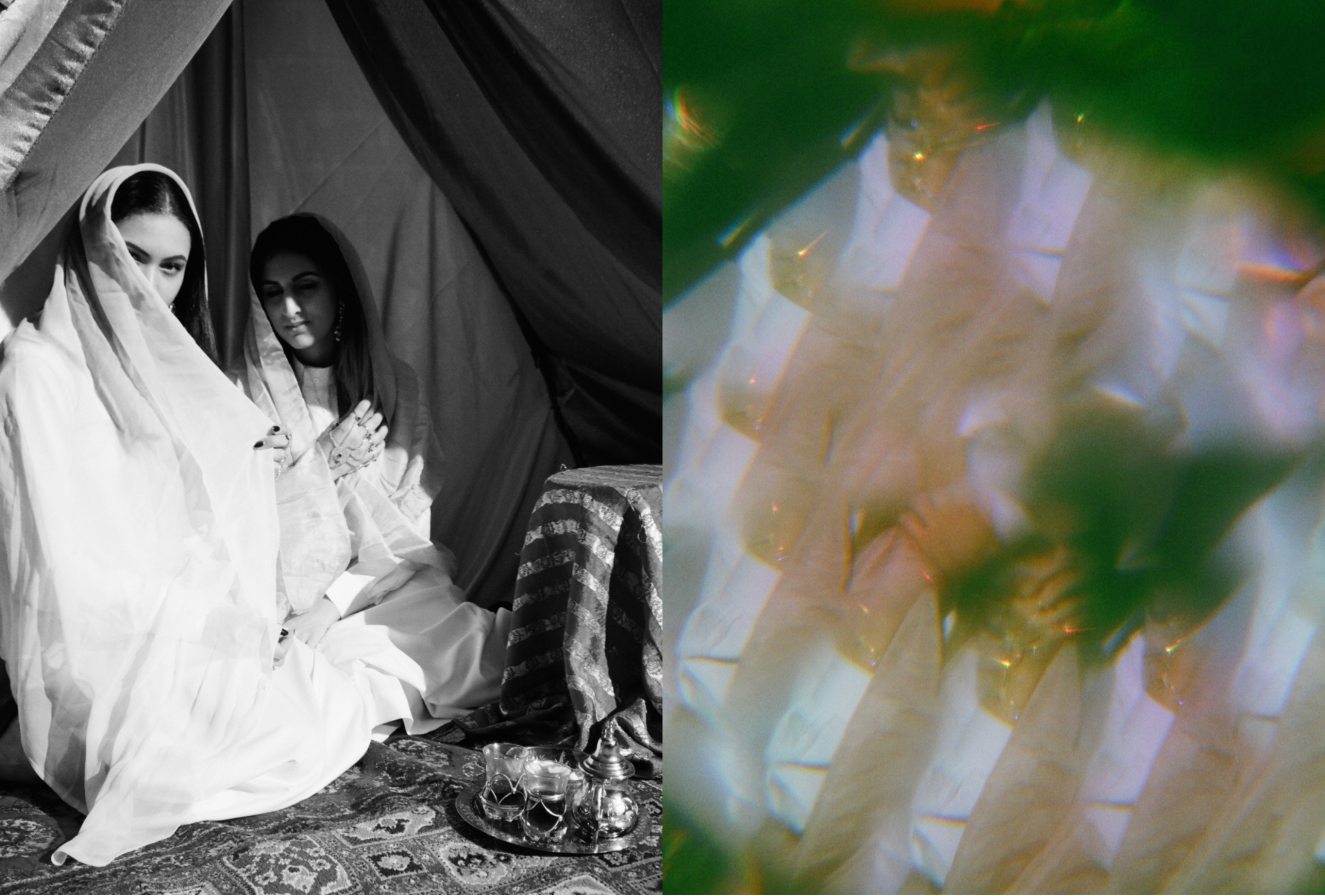 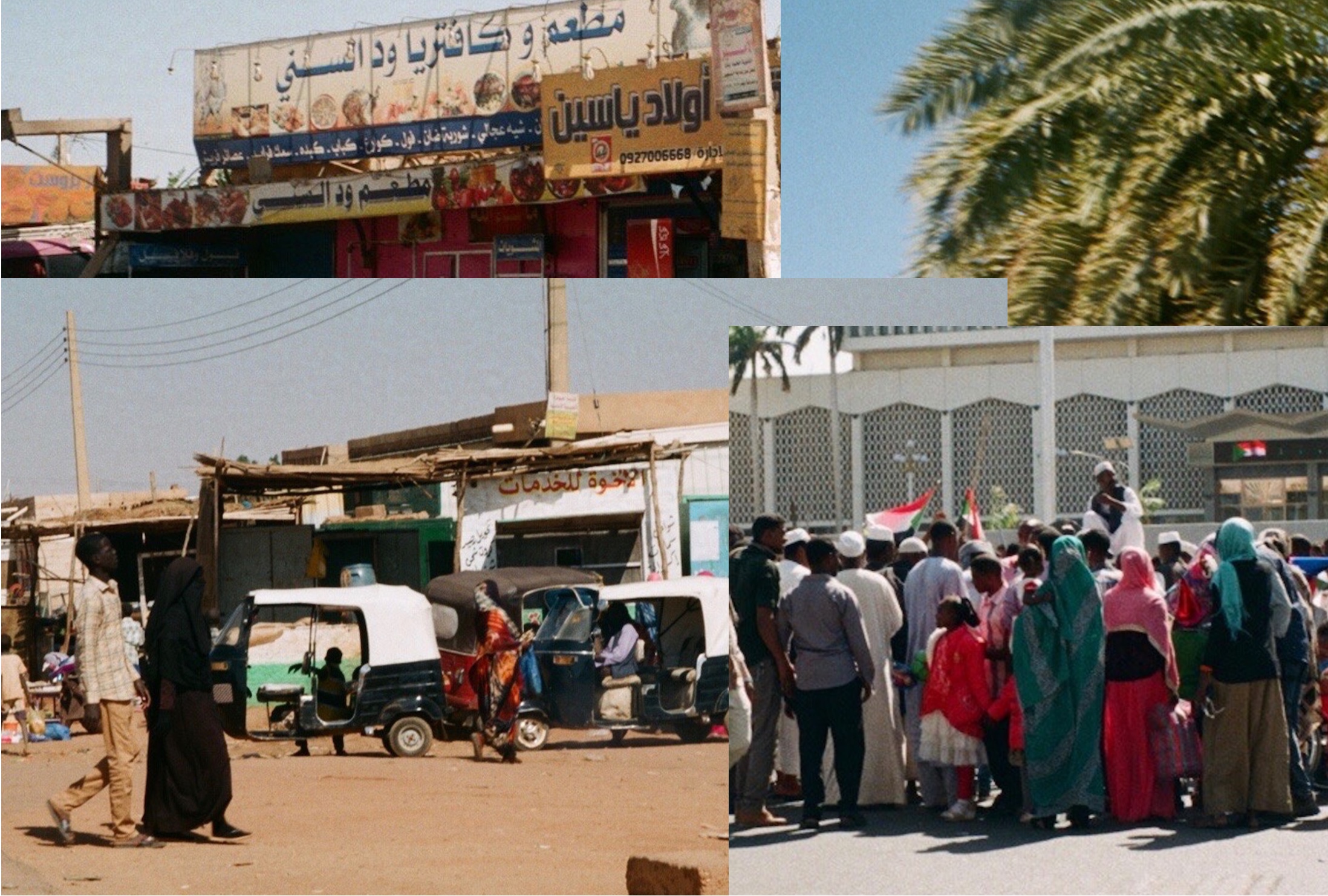 The second issue of Azeema is out now. Follow the team on Instagram, or join them for the launch in London tonight.

Linkedin
RELATED ARTICLES
OTHER ARTICLES
Shifting the focus from the cost of living crisis to tackling obesity while many starve or freeze is farcical and pointless, writes Fatzine founder Gina Tonic.
The situation in Afghanistan remains dire, with many groups facing persecution at the hands of the Taliban.
Members of the collective share some of their reasons to run as part of #UnitedBySummits, a campaign that looks to uncover transformative power of the outdoors.
Following the success of her debut novel, the Tottenham native is restating her commitment to the place that made her.
Writers Matt Foot and Morag Livingstone explore how four decades of collusion between the government and the police have slowly eroded our right to protest.
The answer to improving the well-being of Palestinians rests not with individualised solutions from the Global North, but with ending settler colonialism.