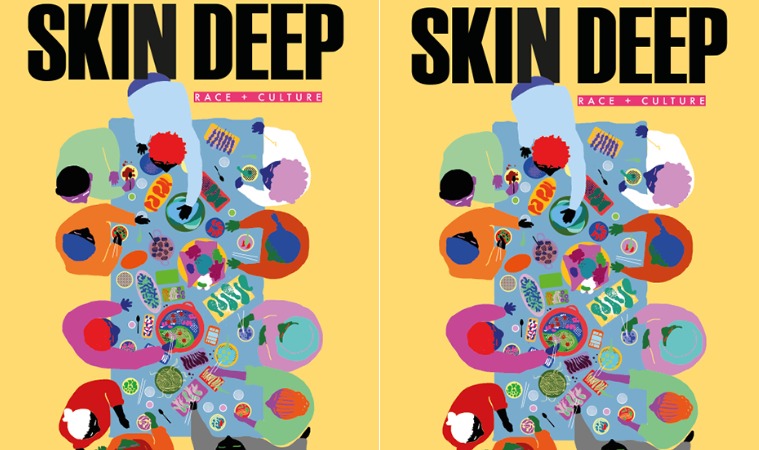 The seventh issue of the London-based magazine Skin Deep explores the complex connections between British PoC and the modern food world. ‘‘There is no English history without our histories,’ explain co-founders Anuradha Henriques and Lina Abushouk.

The seventh issue of the London-based magazine Skin Deep explores the complex connections between British PoC and the modern food world. ‘‘There is no English history without our histories,’ explain co-founders Anuradha Henriques and Lina Abushouk.

There’s no doubt that the food industry has a complicated relationship with race. Staples in kids of immigrants’ diets growing up in the West – like kimchi, turmeric and medjool dates – were once derided for being strange in school canteens. Yet now, they’ve been repackaged as trendy superfoods for the masses.

While foods that PoC once hid or swapped in favour of ‘acceptable’ Western dishes have now become wellness buzzwords, PoC still remain sidelined from the mainstream food industry. In one round-up of the most significant food books published in 2017, not one featured a non-white author. Meanwhile, back in 2015, people of colour were found to be paid 56 per cent less than their white counterparts in the U.S. restaurant industry.

The history of food in the UK has always been inextricably linked to colonialism and power, and it’s this that motivated co-founders and editors-in-chief Anuradha Henriques and Lina Abushouk to dedicate Skin Deep’s latest issue to the intersection of food and race. Or, as they say: “there is no English history without our histories. Anyone trying to understand how communities of colour have contributed to this country and its culture need look no further than their cupboards and fridges.” 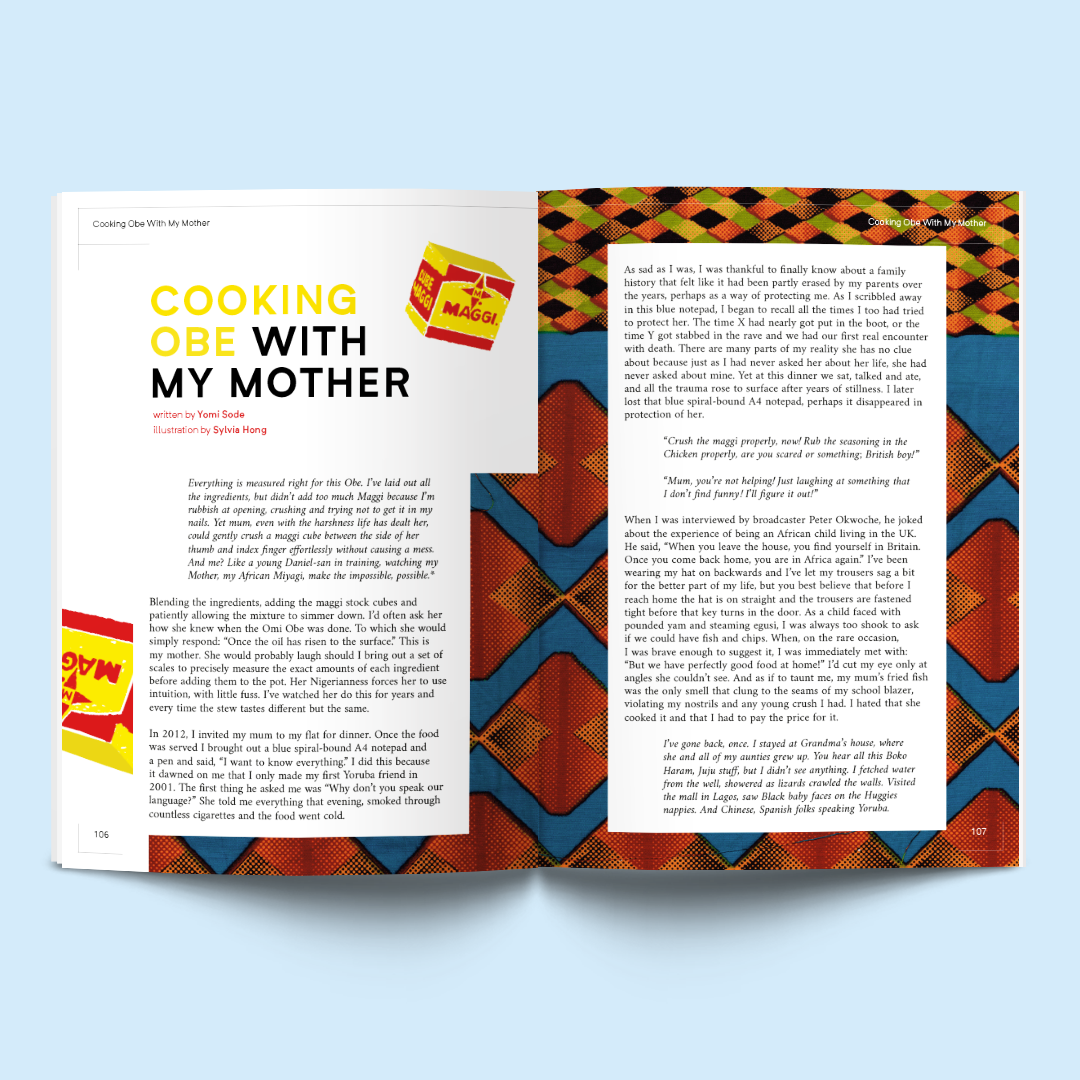 The magazine celebrates PoC’s diverse relationships with food and the multiplicities of their experiences, including climate justice, the impact of mass production and the worlds of feeders, eaters and farmers. Contributors – whether they’re poets, artists or writers – hail from across the globe, from Canada to China.

The romanticisation of food in an increasingly turbulent global political climate is a central theme in Skip Deep’s seventh issue. “We know it’s something that many people turn to for comfort and respite from difficult things,” Anuradha and Lina tell Huck. “Yet to think of food in such romantic terms is to overlook that food shapes and is shaped by money, movements, power, people, conflict and climate.” 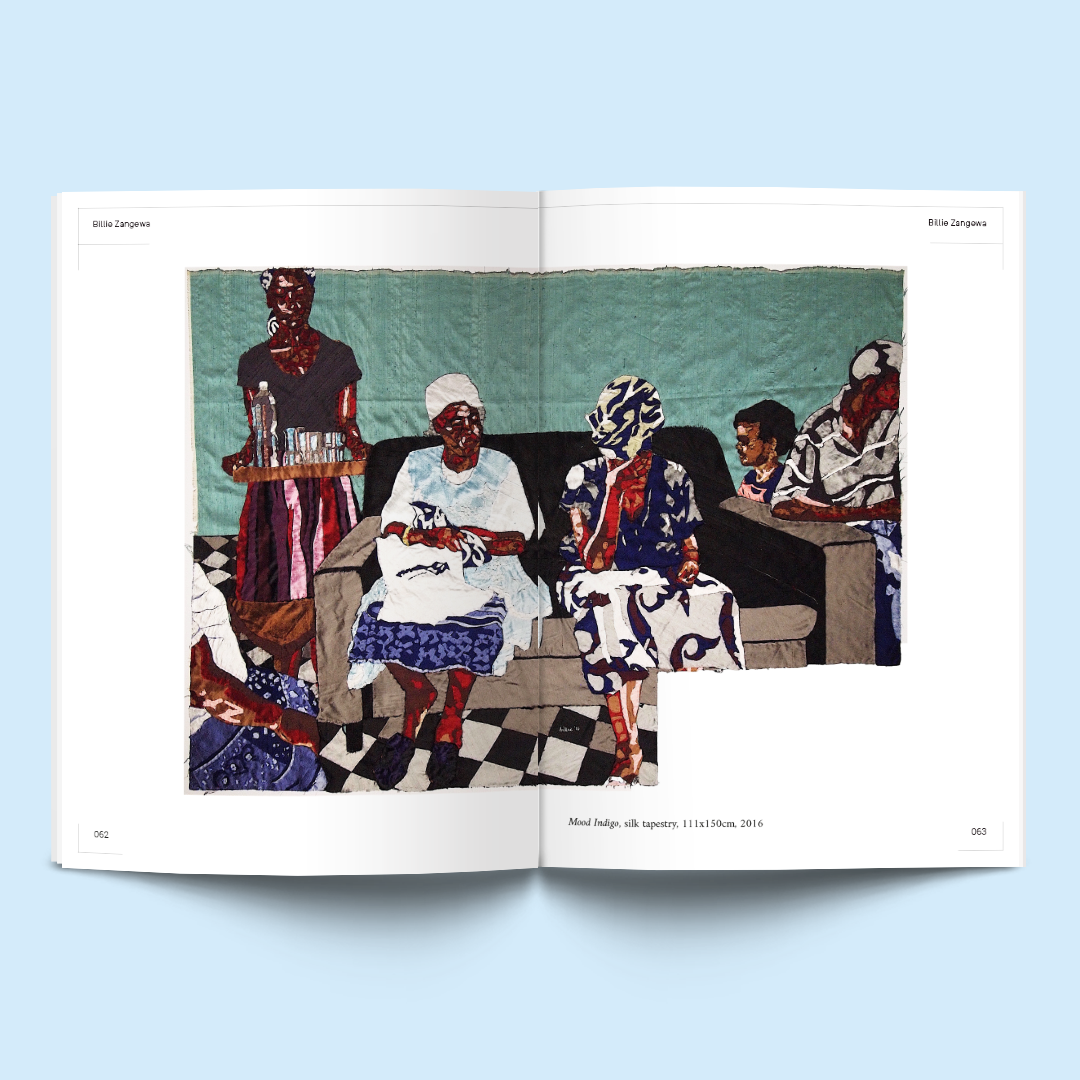 After all, it’s PoC that often feel the effects of Western food fads, whether it’s as farmers or in packaging and distribution. “We need to make the distinction between the Becky who’s feeling guilt-free drinking an avocado and kale smoothie after her yoga class, and the illegal deforestation, pressure on local water reserves and huge amounts of chemical input to keep up with the demand for it,” they add.

While the co-founders note that there’s a need to discuss food in the wider global context, both are conscious of extending the conversation to their own communities. After all, food bank use across the UK is at a record high while supermarket snobbery and class consciousness are still pervasive. “When we think of nourishment, we need to also think about communities closer to home,” they affirm.

While Anuradha and Lina hope to leave readers with questions, new recipes and stories in Skin Deep’s seventh issue, they ultimately hope they’ll leave readers with a “feeling of being both simultaneously full and insatiably hungry.”

The seventh issue of Skin Deep is out now. Follow the team on Instagram or join them for the launch in London tomorrow night.

Linkedin
RELATED ARTICLES
OTHER ARTICLES
Photographer Becky Tyrell went down to the fading banger and stock raceway to meet a community desperate to keep it alive.
Photographer Sean Maung reflects on documenting a small town in Pennsylvania afflicted by high levels of unemployment, poverty, violence, crime, and addiction.
AI companies that develop image-generators using copyrighted artwork from the internet are coming under fire from artists who say that it amounts to theft.
Following the release of his debut single, Deyaz talks battling addiction, dealing with his struggles through music, and building a budding music career from his living room.
Filmmaker Laura Poitras discusses her new documentary which traces the remarkable life of the artist-activist and the impact of her battle against the US opioid crisis.
A new film from Berghaus traces the story of Adam Raja, who left behind a turbulent upbringing to discover the healing power of climbing.