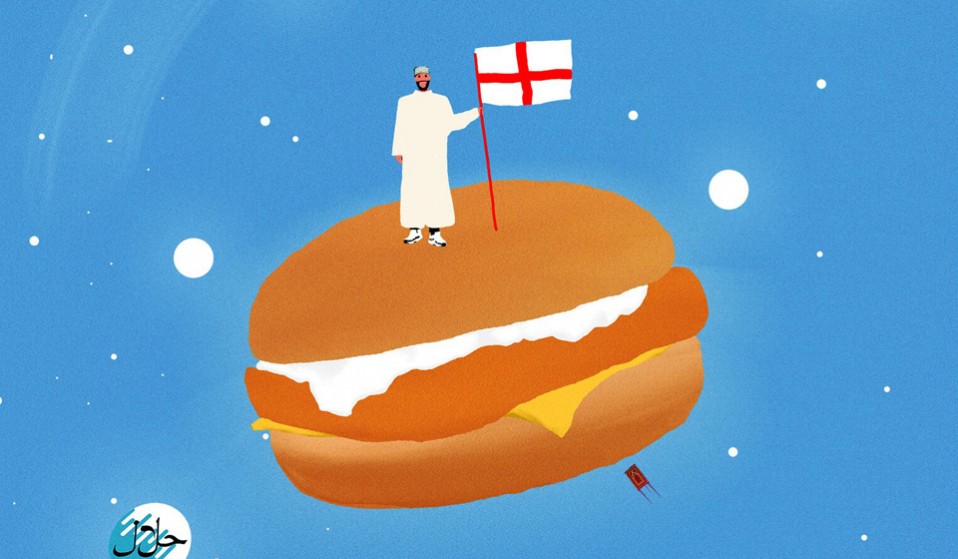 At a time when Islamophobia runs rampant, a London collective are offering their own counter-narrative instead of letting racism take the headline.

At a time when Islamophobia runs rampant, a London collective are offering their own counter-narrative instead of letting racism take the headline.

Khidr might be starting now, but there’s no denying an outlet like it has been desperately needed for a really long time –  a physical zine, written by young Muslims about young Muslims, bringing the voices of the community back into a conversation that has been led by outsiders for far too long.

The first issue of Khidr was put together by a collective of young British Muslims from varying occupations, all coming together to work under the same premise: putting forward young voices, and discussing their faith beyond external prejudice and overwhelming feelings of hopelessness in the face of Islamophobia. Focusing on group efforts and community, Khidr wants the conversation to continue flowing.

“Yesterday we went to Stratford to hand out flyers for our launch night and also just ask people what they think our community needs,” says Mohamed-Zain Dada. “As soon as we stopped people and said, ‘We’re making this zine with young British muslims,’ we’d have 15-year-olds saying, ‘Wow that’s really cool, because every single media outlet is misrepresenting us and not giving us our voice.’ One boy said, ‘You’re really brave to be out here handing out flyers, considering the acid attacks.’ That shows how heavy times we live in are, and how important something like this is, to amplify people’s voices.”

In the pages of Khidr, readers can expect essays about the difficult experiences of politicised Muslim women, such as one penned by Natonal Union of Student’s women’s officer Hareem Ghani, as well as discussions on the harm that comes from policies like Prevent – a widely criticised ‘counter-radicalisation’ strategy from the British government – and profiles on under-appreciated members of the community.

We caught up with one of the collective’s co-founders to speak about the zine, and the difficult process of creating empowerment in the face of adversity. 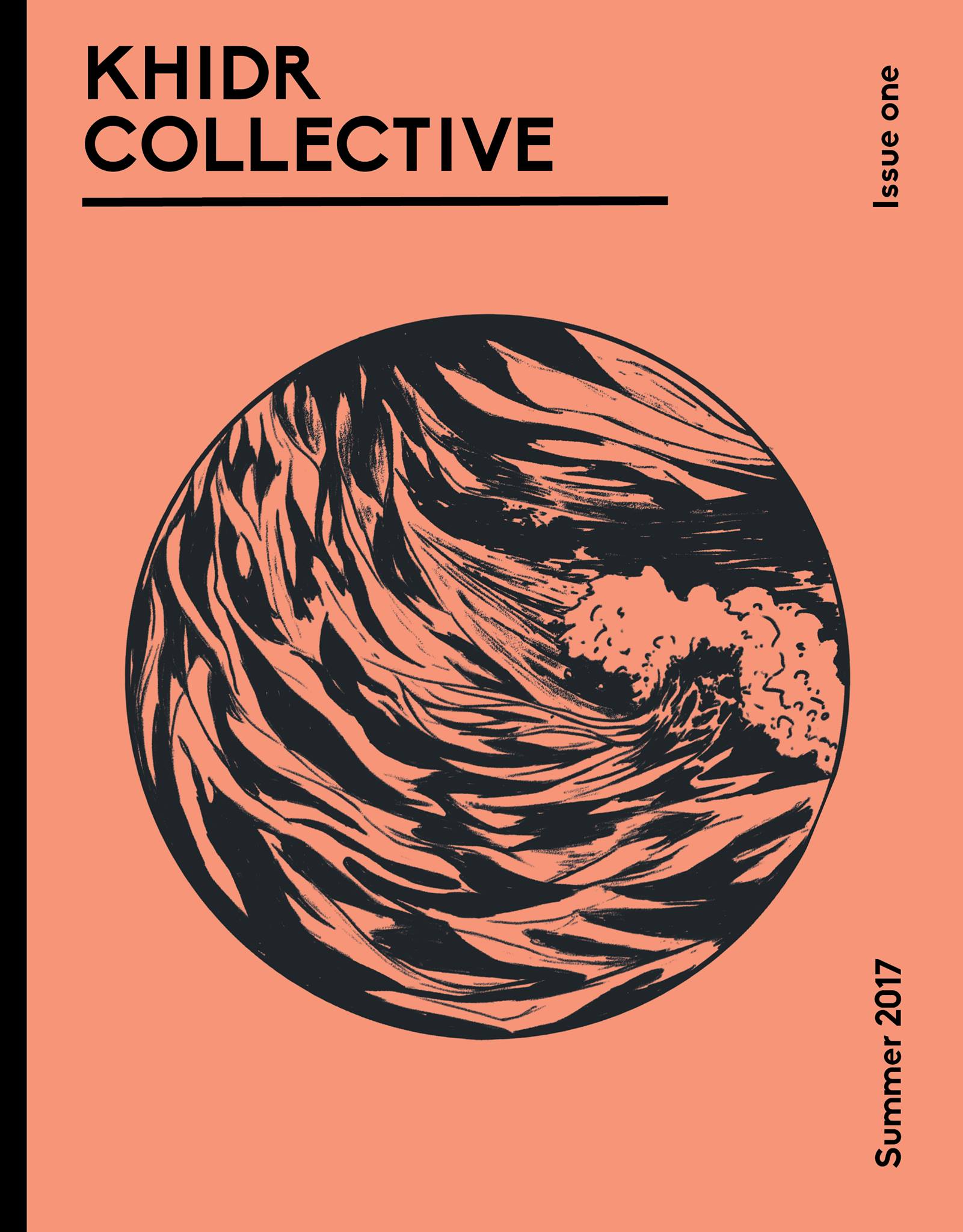 Illustration by Derkan Dogan, design by Rose Nordin of OOMK (One Of My Kind)

How did the idea to form Khidr Collective first come about?
Mohamed-Zain Dada: It all started in the beginning of the year. We were fed up by the theorising that happens on behalf of Muslim communities – by something like The Evening Standard or even by [so-called] ‘community leaders’. We wanted to form a critical intervention – it began as something bigger than the zine, and it remains bigger than the zine. We decided that we would start trying to facilitate more space for our diverse community to express themselves. The way we tangibly saw that happening was through making a zine first – we thought we would give people in general, and young Muslims in particular, the opportunity to express themselves on a wide variety of topics – not just to do with difficult subjects, such as Islamophobia, but also joyful ones. Our ultimate aim is to collate research about what our communities really need, and eventually become a bridge organisation.

Why did you choose a zine as your format, as opposed to a website?
We chose a zine because things are so saturated on the internet, and you often get lost in the quagmire of it all, whereas something in print, something physical that you give to someone – that feels a little bit more real. We want to start with print and then move on to a website – but we want to make it as grassroots as possible, and we want to have these days, like the one in Stratford, where we’re talking to people face-to-face, showing them the magazine, having conversations. If people can’t afford the zine, then they can have it for free. We really love the idea of being able to talk about and show what we’ve done, rather than just saying, ‘Come to our website.’ Print seems less promotional, more like a traditional exchange. 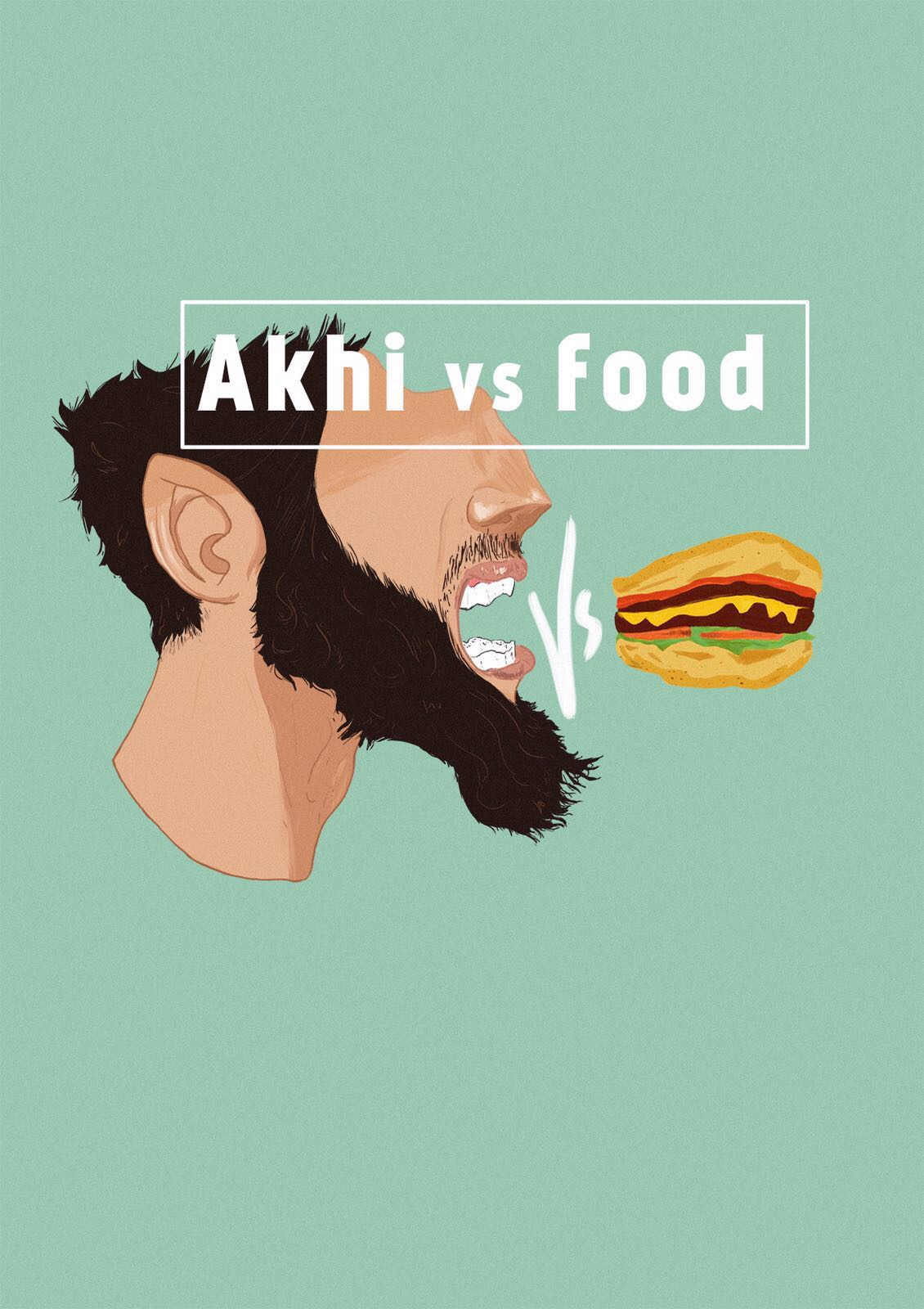 What are you hoping the zine will bring to the Muslim community as a whole?
What we noticed is that there are a lot of Muslim organisations doing great work, and that a lot of that work has to do with Islamophobia – something that is particularly grave right now, especially with acid attacks and what happened in Finsbury Park. But a lot of that work means that anything deeper, anything beyond Islamophobia, goes unspoken. What I would say is that racism is a distraction.

The work that those organisations do is really important, but we don’t have any way of interrogating our sense of belonging, and why we’re here – what our faith means. We thought the zine would be an opportunity to look into those aspects. We’re trying to provide an outlet and uncover the hidden history of our faith – to examine figures within our faith, historically, while at the same time highlighting unseen work being made in our communities.

We really hope to give people the confidence to express themselves, outside of mosques, where they might not be able to speak because its a prayer space, and outside of school, where they can’t speak because of policies like Prevent. We’re trying to create a safe medium for expression, and also trying to strengthen a redistributive ethos among the community, which already exists but we want to encourage more of. 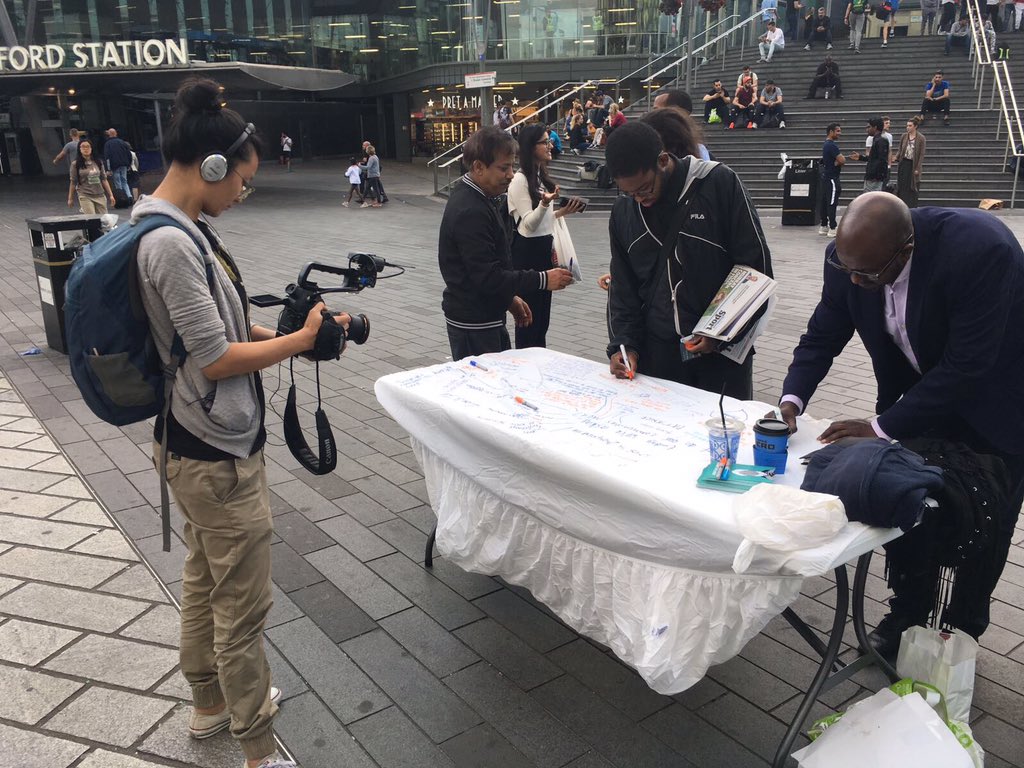 Khidr speaking to the community in Stratford 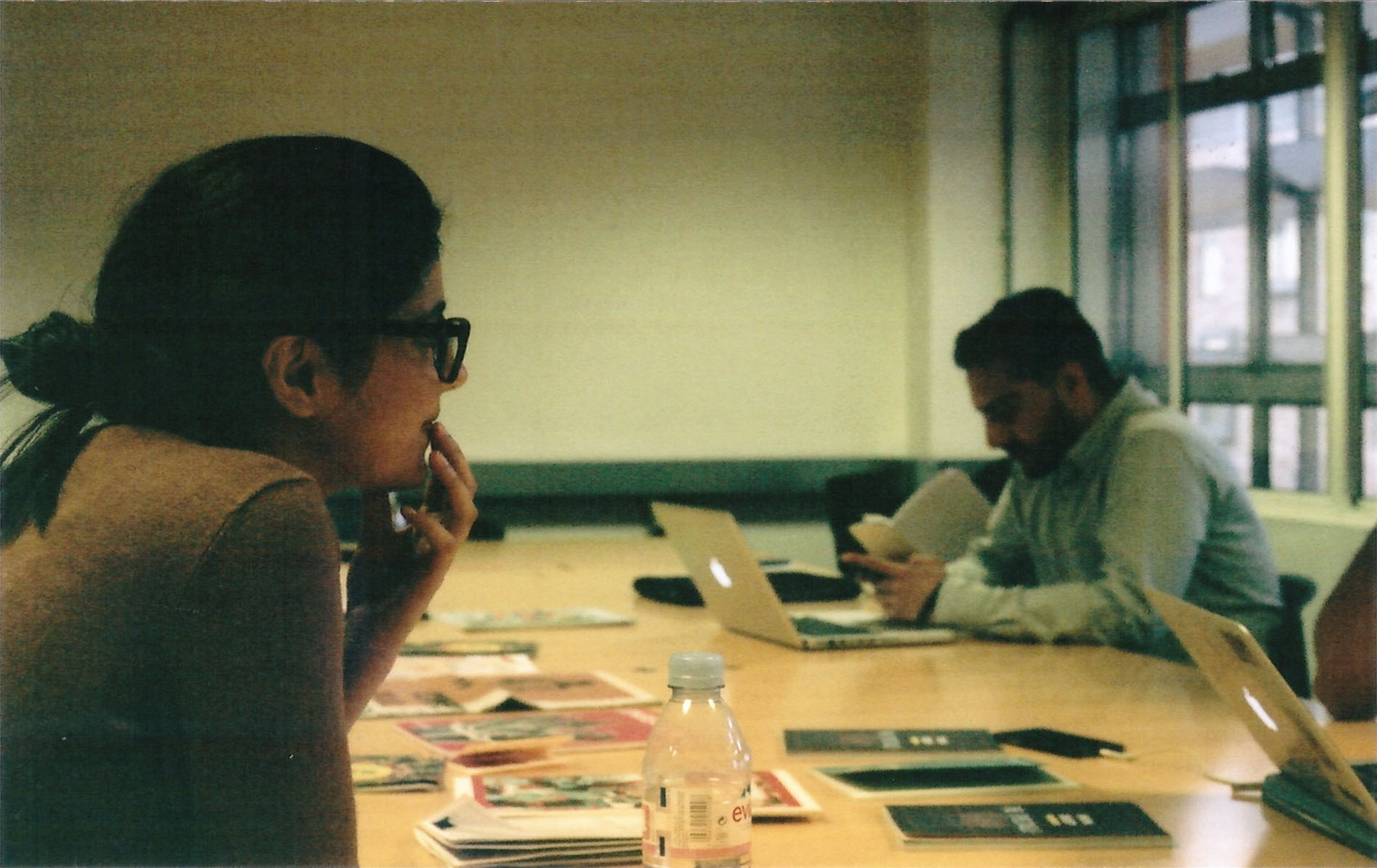 The Khidr team during a meeting

Are there any other media outlets that you feel are doing justice to young Muslim communities at the moment?
Yes! There is brilliant work being done, not just catered to young Muslims, but to young people, young women. Some groups like NUMBI Arts, or OOMK (One Of My Kind zine). I guess I’d also like to highlight a group called Voices That Shake, who do weeks away where they train people in a particular art – they assess what’s wrong with society and use an artistic medium to express how we can resist or survive the things that the state does to us as a young person of colour, or a young Muslim, a young woman, etc. We’ve definitely been inspired by all three of those organisations. Five Pillars also do a lot of good work – they are a lot more grassroots and raw than other organisations, but still give a voice to matters that other groups might believe are too “radical” in the sense of exposing Muslim MPs who looked at regeneration and gentrification as a good thing and highlighting some of things that other groups wouldn’t want to cover. 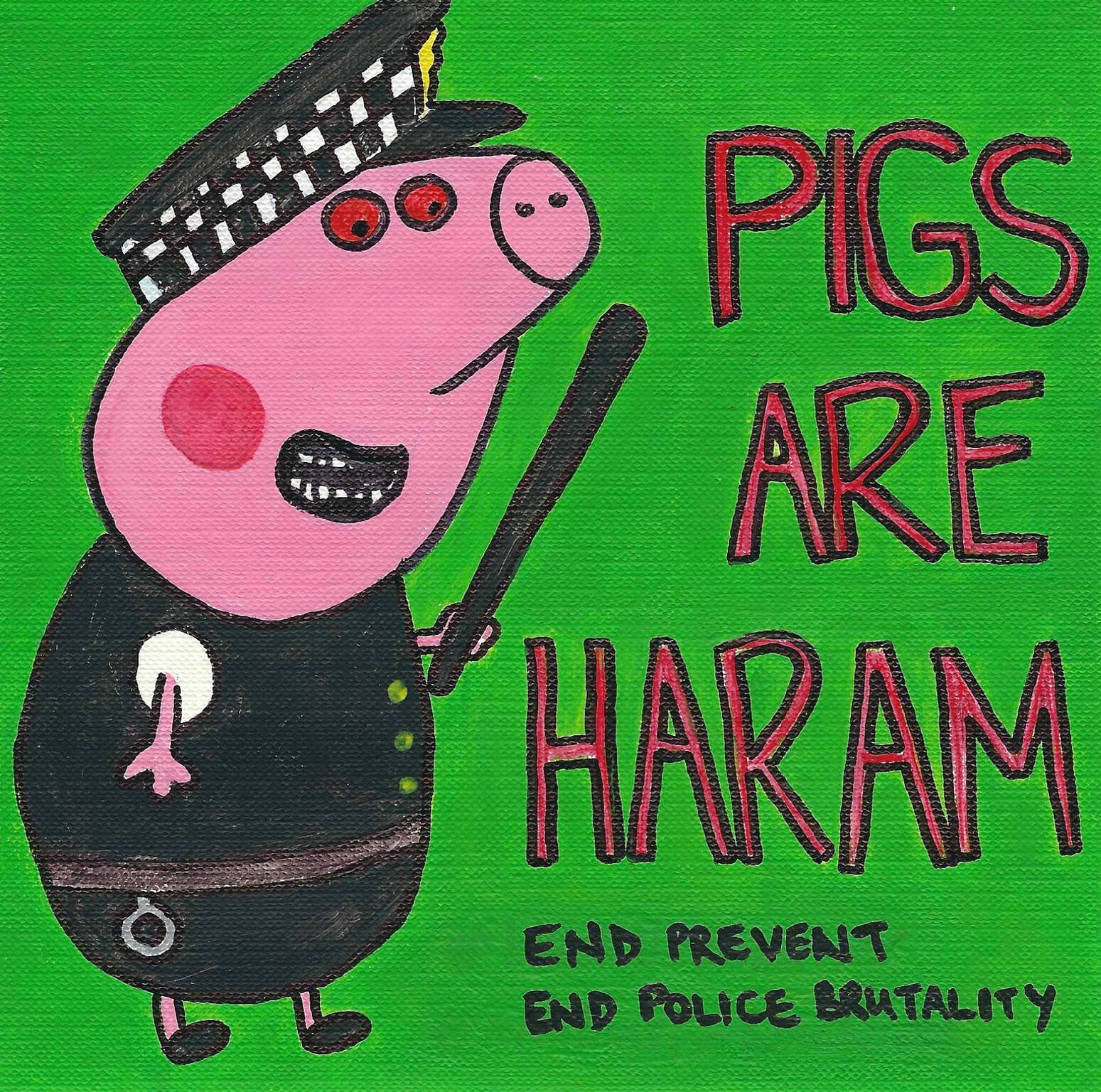 What are some issues that young Muslim’s face nowadays that you’ve never seen covered in mainstream media and you’re hoping to address?
One issue is the schooling system – you have a situation where Prevent is so insidious in schools that Muslim kids are essentially considered suspects. There are so many case studies about it, but you don’t get coverage on it apart from the odd article here and there. Another thing that is very visceral and immediate is acid attacks – you’ve had countless attacks on Muslim women and men, yet you see no mainstream coverage, no statements from the government, no increase in security. You see none of that. Prior to acid attacks, even direct Islamophobia is not addressed in the media. More often than not you see debates on whether or not Islamophobia exists rather than anything actually covering it. There are also issues of employment – you will find it harder to get a job if you’re a Muslim man or woman because of your name.

How did you choose the name Khidr?
We decided on Khidr because he’s a figure in Islamic history – he’s mentioned in the Qur’an. Keeping it short: In his story, he provides guidance to the prophet Moses, or Musa, as we call him. Moses was asking questions, and Khidr kept saying, ‘Be patient, the answer will come.’ He symbolises this eternal source of wisdom. There’s a deep meaning behind the fact that a huge prophet in the Abrahamic state is asking this unknown mysterious man who is a friend of God all his questions.

The idea is that even a prophet, with all his knowledge, is having to ask questions, and Khidr is providing those answers.

How can we relate that to 21st century British Muslims? We’re in a state where there’s so much disillusionment where you have a securitised state, where Muslims are considered the “other”, where Muslims are not able to speak as fully as we’d like due to all these competing pressures. That has led to a strong disillusionment among our communities. Khidr is a source of deeper wisdom into our histories, which perhaps have been denied to us with all this negativity. He’s also a source of guidance –  We felt that he spoke to so many different things. He symbolises uncovering our history, but also symbolises a resistance that exists in discovering those histories as well.

Khidr launches Friday, 7 July at Rich Mix. Follow Khidr Collective’s Twitter for future updates on distribution, as well as to know where community-based events will be taking place.

Linkedin
RELATED ARTICLES
OTHER ARTICLES
By turning a real-life crisis into daytime television fodder, TV bosses have once again shown themselves to be completely out of touch with audiences.
The idea that a younger generation is abandoning work has become a popular narrative online, but it doesn’t necessarily reflect reality.
As the Scottish government announces a rent freeze, an activist with Living Rent who fought and won shares how they did it, and what must come next.
Rhiannon Adam spent three months capturing an ageing society wracked by division, isolation, and the aftermath of scandal.
Birdy Chu reflects on documenting the historic moment in which the territory was formally passed back from the UK to China.
Thousands attended the annual event this year to wheelie through the city and call for ‘knives down, bikes up’.