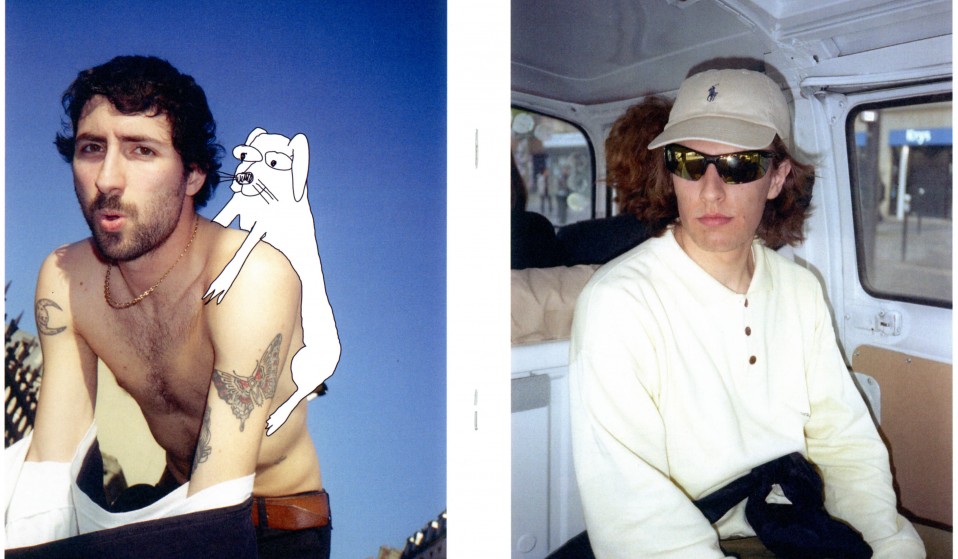 TalkShit is a mixed-media zine by Yedihael Canat and Arthur Hun, giving readers an intimate look at the everyday lives of young skaters looking for fun and freedom.

TalkShit is a mixed-media zine by Yedihael Canat and Arthur Hun, giving readers an intimate look at the everyday lives of young skaters looking for fun and freedom.

Yedihael Canat started taking pictures because he was bored. On a year out from school, the Paris-based photographer picked up a camera for the first time to capture his friends, who were spending their days skating, getting drunk and passing time. “It was a way to keep busy and at the same time it made me feel like I was turning our boredom into something cool,” he says. “It felt like I was doing something, even if I wasn’t.”

Eventually, he started to amass a copious amount of images – mostly of his friends making out, rolling naked on the floor of a random house party, or doing board tricks on the concrete. Shot with a strong flash, the photographs taken by the skater are saturated with the spirit of hedonistic youth – an exciting sense of abandon in the pursuit of reckless pleasure. Just like that, TalkShit started taking shape. 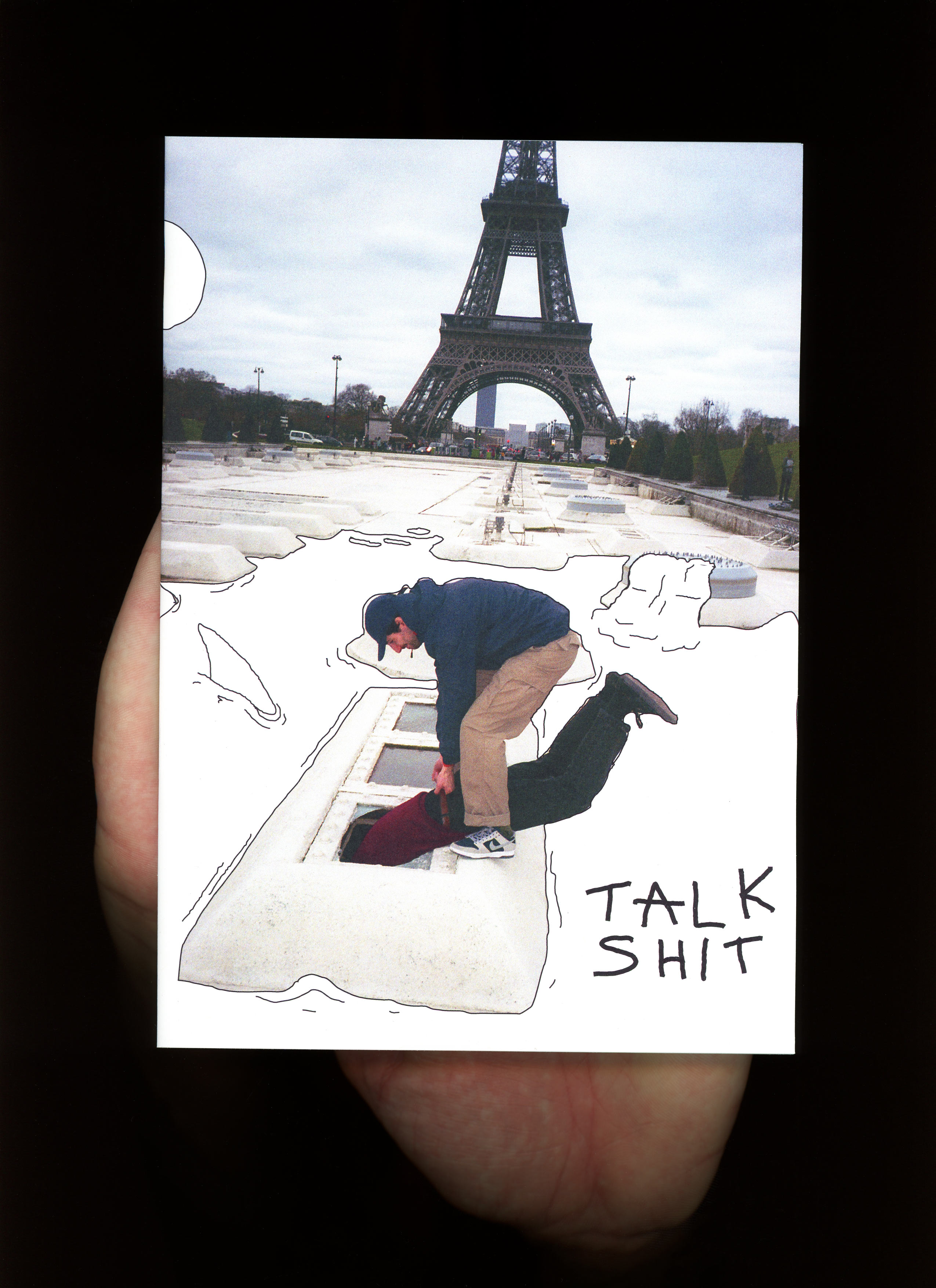 The mixed-media zine combines Yedihael’s photographs with imaginary scenarios illustrated by his friend Arthur Hun. “I wasn’t there when the pictures were taken, so there is a gap between my perception of the scene and the reality,” says Arthur. “Adding drawings from above is a way to express what I imagine that the situation in the photo is about. It allows to say more, but from an external point of view. The illustrations are done very spontaneously – I draw the first thing that comes to my mind when I see the picture.”

The title comes from a habit the photographer considers to be essential for an enjoyable day out skating. Yedihael explains: “A classic good session is 80 per cent talkshit and 20 per cent skate. What the pictures in the zine have in common is that they are taken during those moments of shit-talking – those moments when the guy is not skating and he’s speaking with his buddies, and therefore, inevitably talking shit.” 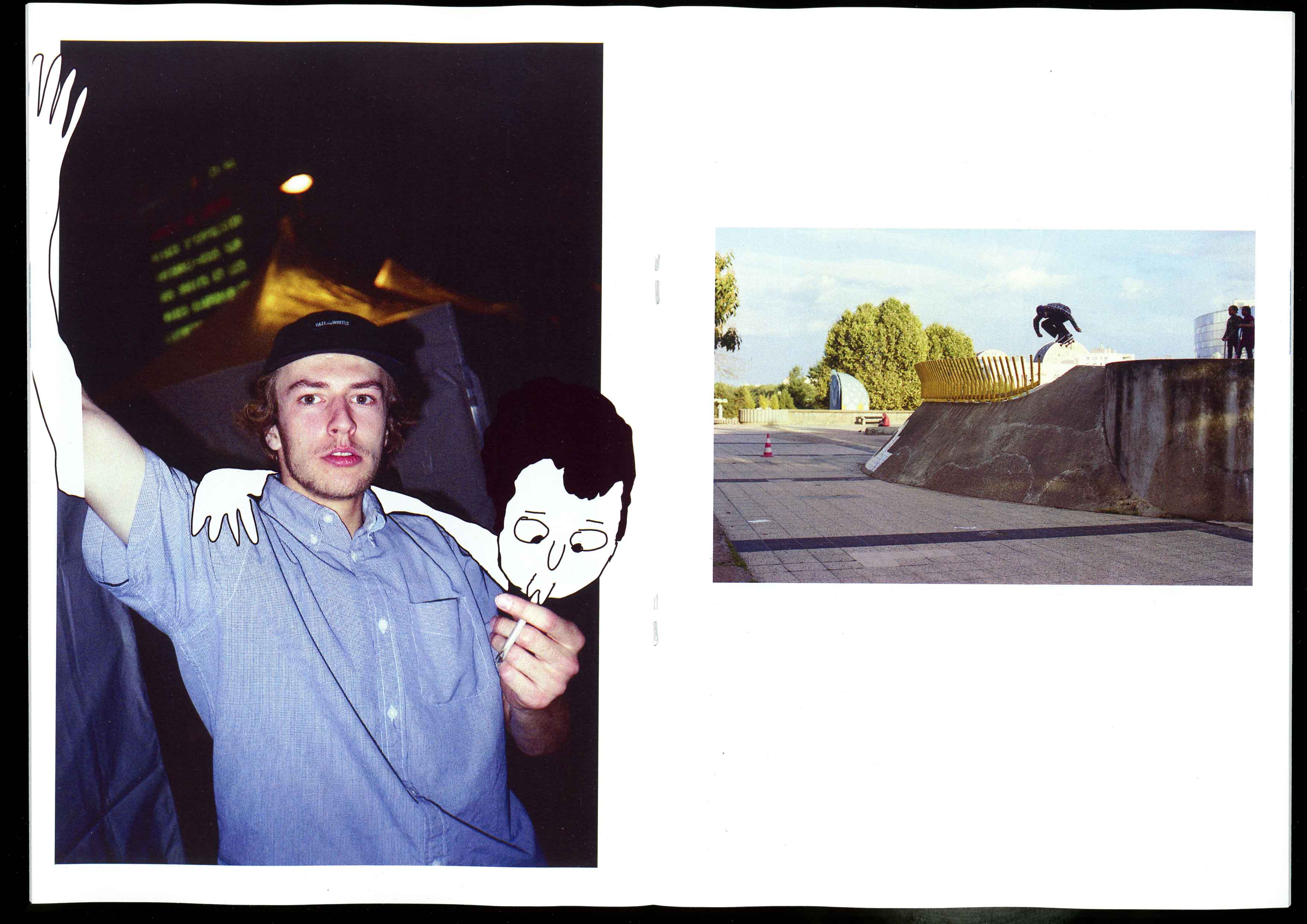 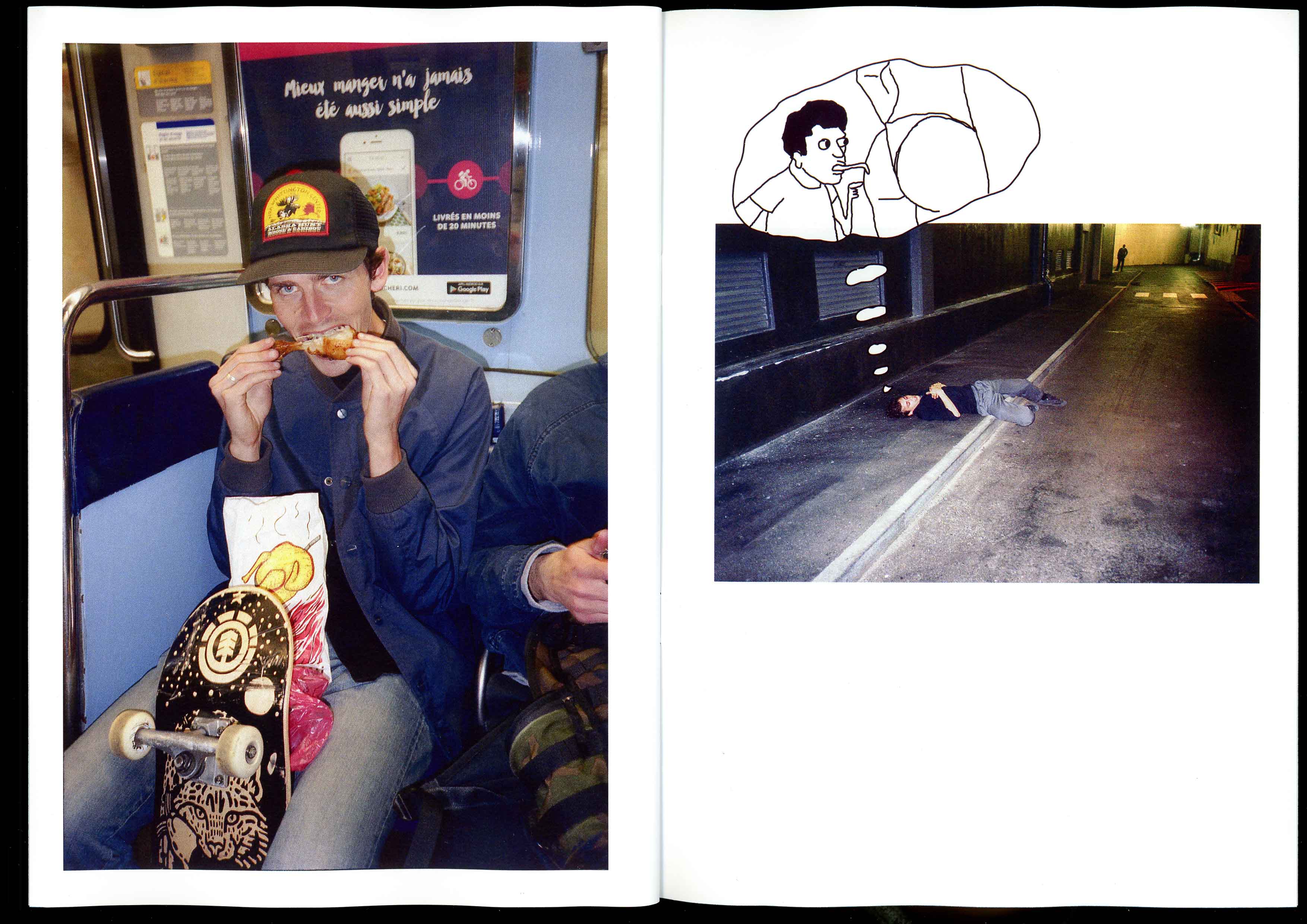 The photographer keeps a pretty thorough online journal of his adventures in Paris, and he regularly explores the city with friends in search of cool new locations for videos and images – but publishing the zine was a totally different ball game.

“Printing TalkShit was a way to be closer to people, rather than just being somewhere on the internet,” says Arthur. “I think that the printed zine is the perfect form to embody this spontaneity. This form also allows us to avoid certain limits and to take things as they come, without the necessity of imposing ourselves serious goals to achieve. As soon as we will feel like making a third issue, we will, and if we won’t feel like it we won’t.” 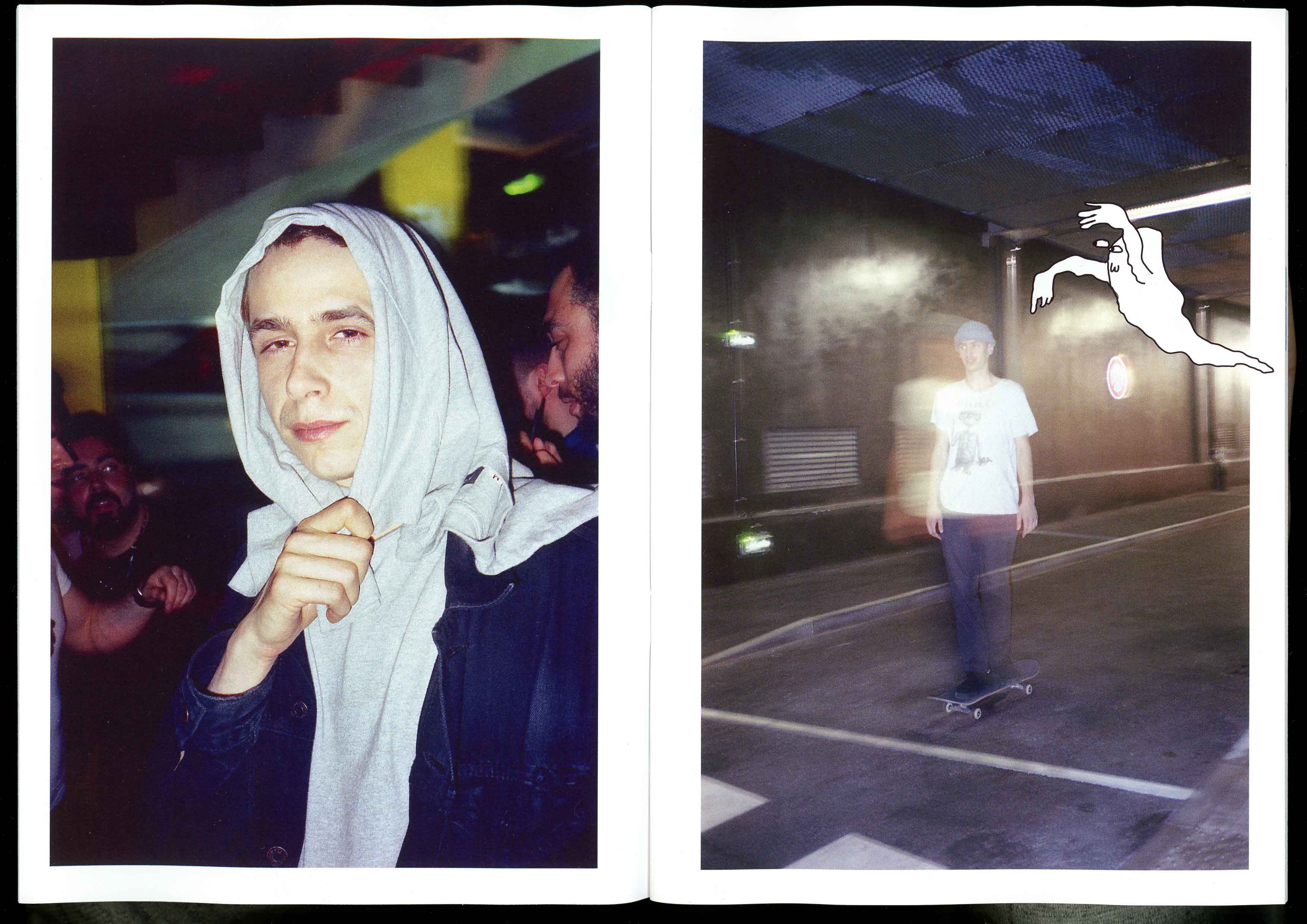 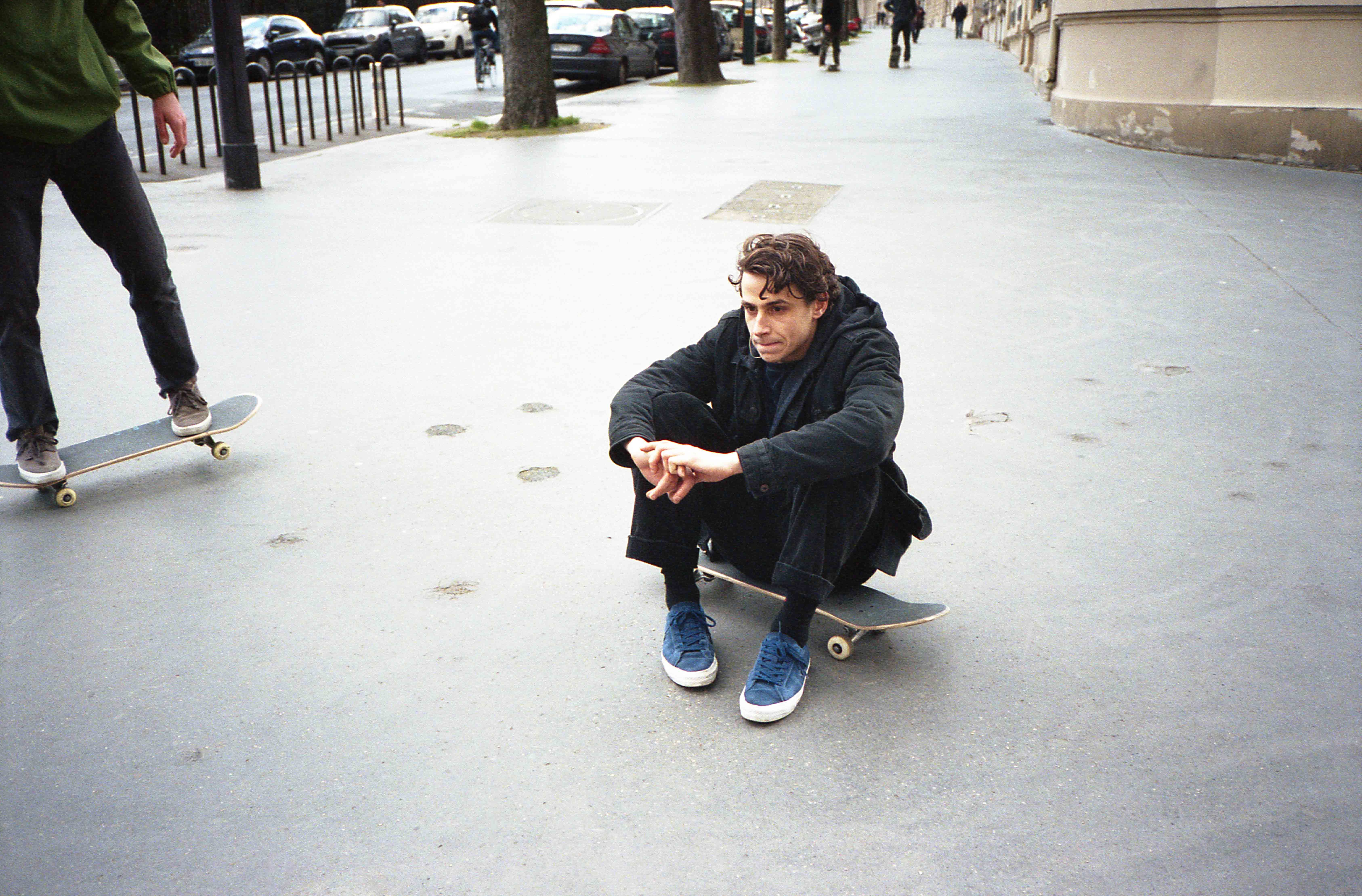 “On the other hand, we are not against the digital world either,” he continues. “As a matter of fact, we are planning to make some videos. The principle is going to be the same of the printed zine: Yedihael will film and I will draw on it. I don’t think that we should completely turn our backs to the digital world, there is nothing wrong with it in principle. For example, Instagram has interesting things to offer: the ephemeral and limited concept of the Stories has much in common with the zines, and if it is used a little differently, it can give surprising results.”

Of course, everyone starts somewhere. For Arthur, his introduction to zines was through Bart Work, by Ken Kagami, published by Nieves. “He collected some of his drawings of Bart Simpson, drawn with a sharpie. I immediately loved the uninhibited side of self-publishing in general.” Today, he recommends the works of Stefan Marx, Jason Polan, Andreas Samuelsson and Masanao Hirayama. 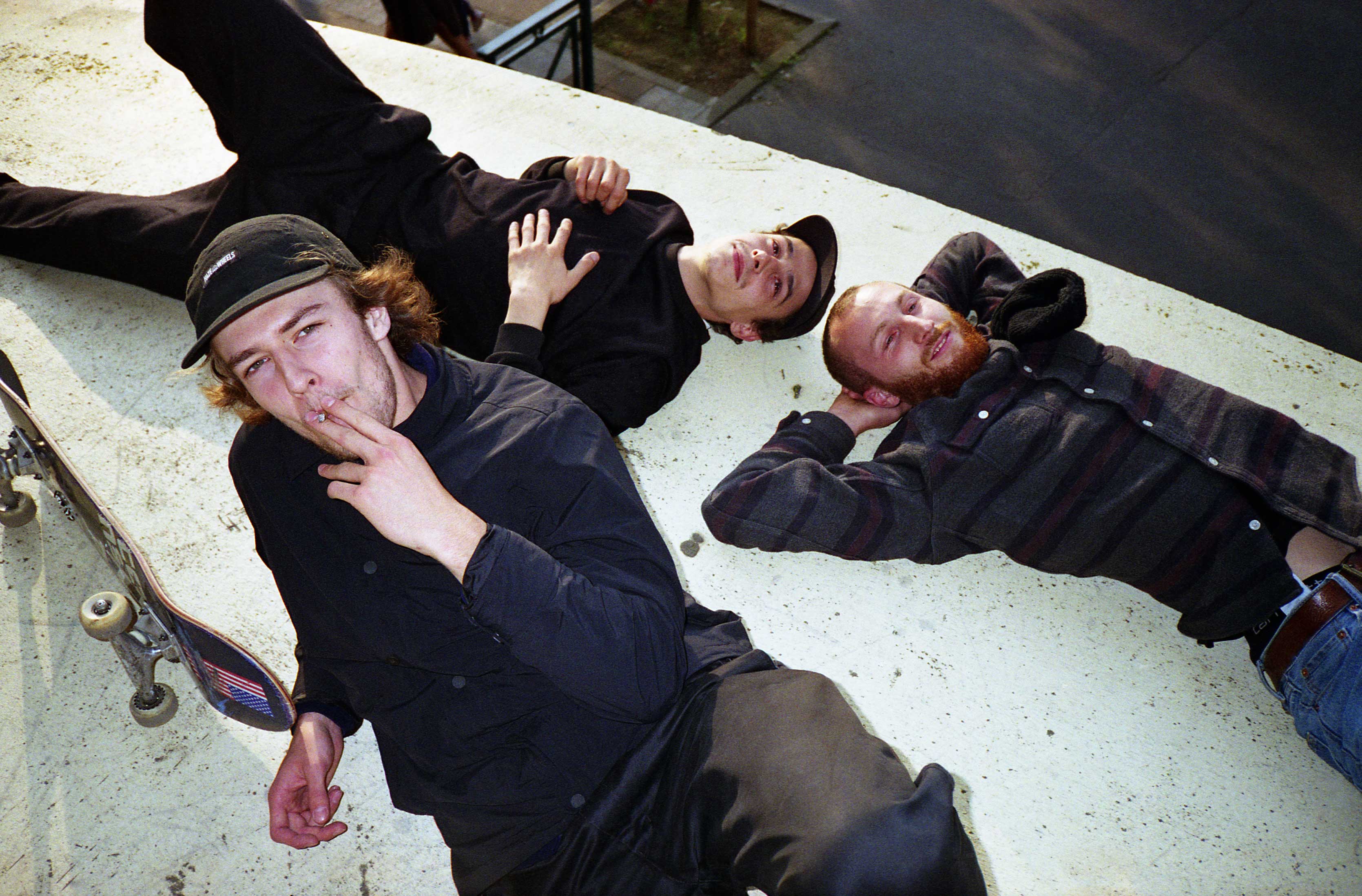 You can see more of Arthur and Yedihael’s work on their websites.

Linkedin
RELATED ARTICLES
OTHER ARTICLES
After being subject to racism growing up, Kavi Pujara’s photo series allowed him to reconnect with and reimagine his hometown.
Over the weekend, the United Families & Friends Campaign organised a protest calling for an end to deaths at the hands of the police.
A campaign led by ex-torture survivors and refugee organisations has left the Tories with no planes left to carry out their callous scheme.
The hate Just Stop Oil faced after throwing soup over a Van Gough painting has been immense. Here, they explain why it won’t deter them.
With the singer’s tour in full swing, we sat down the musical production company who made the electrifying show possible.
Whether it was seacoalers in Northumberland or the miners’ strike, the photographer was always fully immersed in the story he sought to capture.