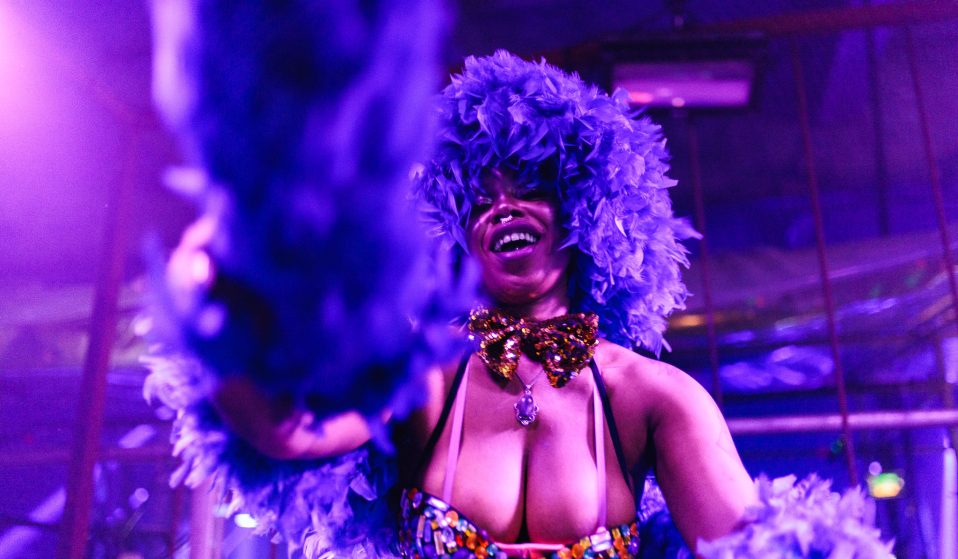 As the legendary LGBTQ+ event returns, we look back at the spectacular scenes that lit up Manchester’s Depot Mayfield last year.

It ended, as most good things do, with arseholes and dicks swinging in the wind. Raunchy, raw, naked fun projected across huge screens in the Mayfield Depot in the heart of Manchester as the Little Gay Brother collective brought the 2021 edition of the city’s Homobloc festival to a close.

Following years of putting on stellar parties across the country, Manchester’s HomoElectric first launched Homobloc in 2019. While the festival was paused in 2020 due to the pandemic, Homobloc was back in full force in 2021, headlined by Hot Chip, Honey Dijon and Derrick Carter. The event bills itself as “a queer block party for all. For Homos, Hetros, Lesbos, Don’t Knows and Disko Asbos. All of us. Love is the message”. At a time when LGBTQ+ spaces across the country have been forced to close down – with G-A-Y and Heaven reportedly now in jeopardy – these spaces uniting the community for a night of dancing, creativity and self-expression have never felt so vital.

Last year, the promo film for the festival saw Manchester local Aaron James enlisted to help. After the video’s release, James spoke to Huck about the homophobic attack that inspired the video and the importance of claiming space as queer people. “There’s never been a more of time for people to feel liberated,” Homobloc founder Luke Unabomber told Huck last year. “A place where we can be free and let loose together under one roof and hold up the flag for all things real and passionate. A queer party for all.”

Homobloc 2021 saw 10,000 queer people and allies gather in the former railway depot to watch DJs and acts perform across six spaces. From fireworks shooting across the ceiling during Hot Chip to impromptu vogue runways and chapless bears with confetti cannons, last year’s iteration of the festival was a spectacular celebration of all things queer.

The festival returns this year boasting headliners such as Roisin Murphy, Honey Dijon, The Blessed Madonna and Self Esteem. To mark Homobloc’s return, we look back at some highlights from last year’s explosive, outrageous and debaucherous event. 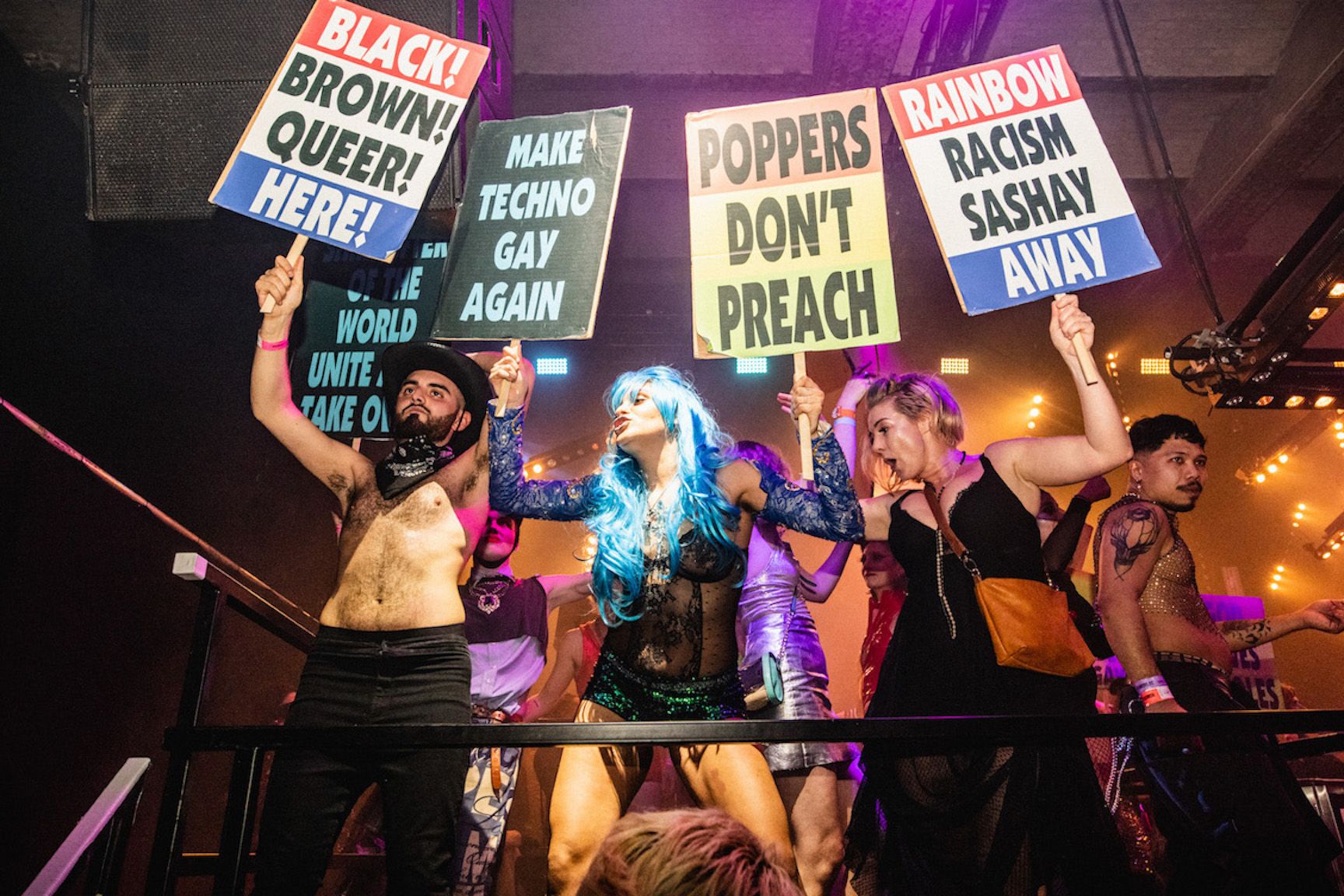 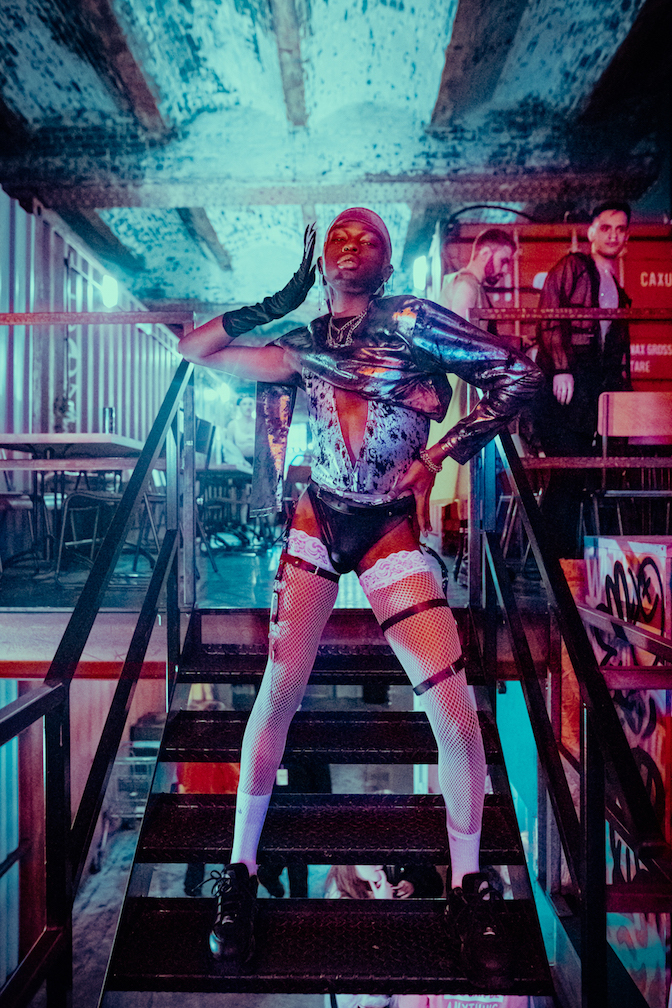 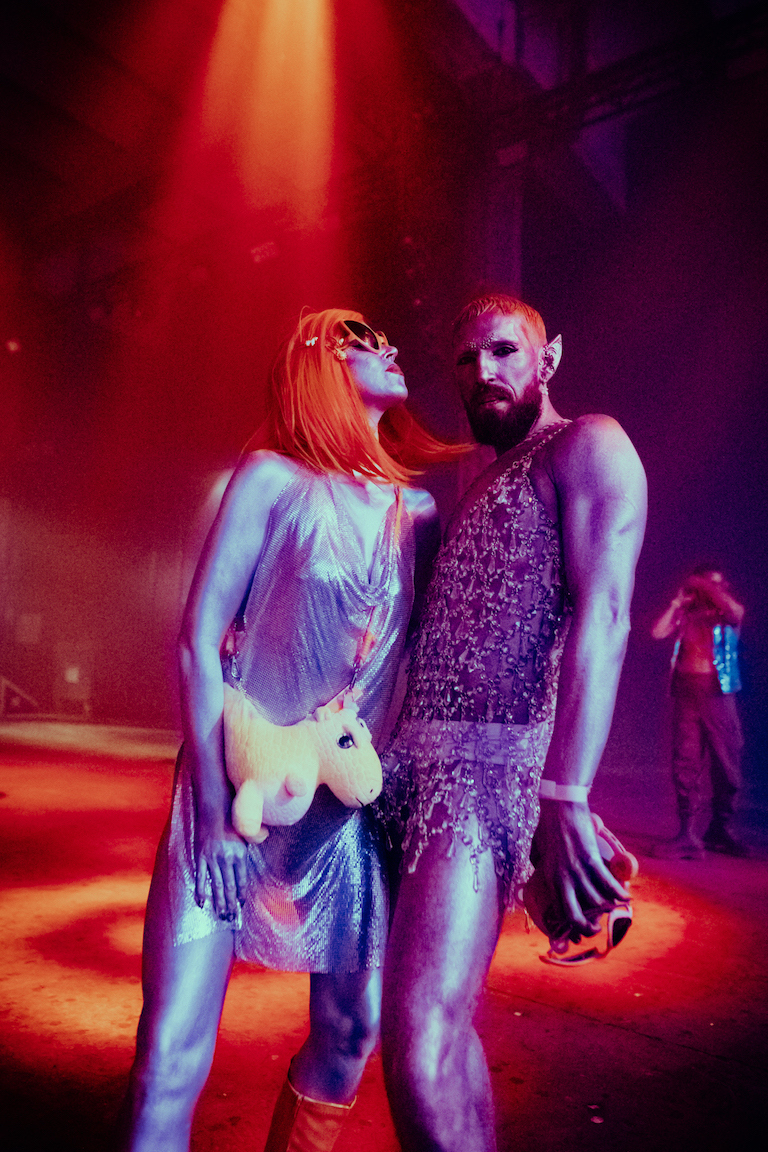 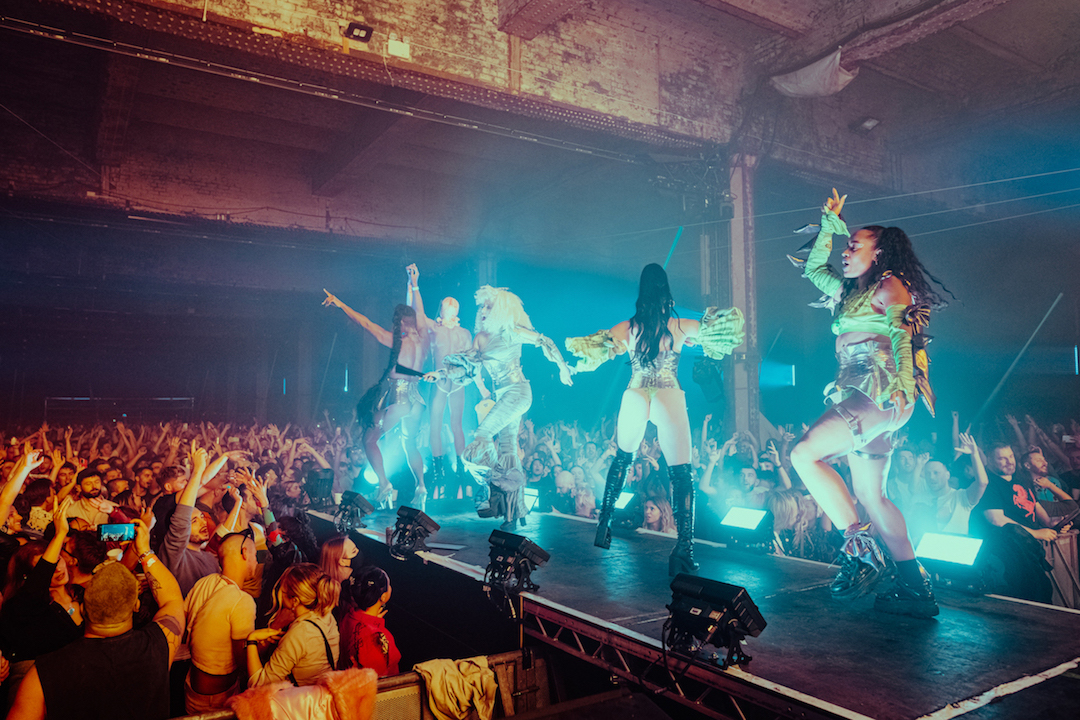 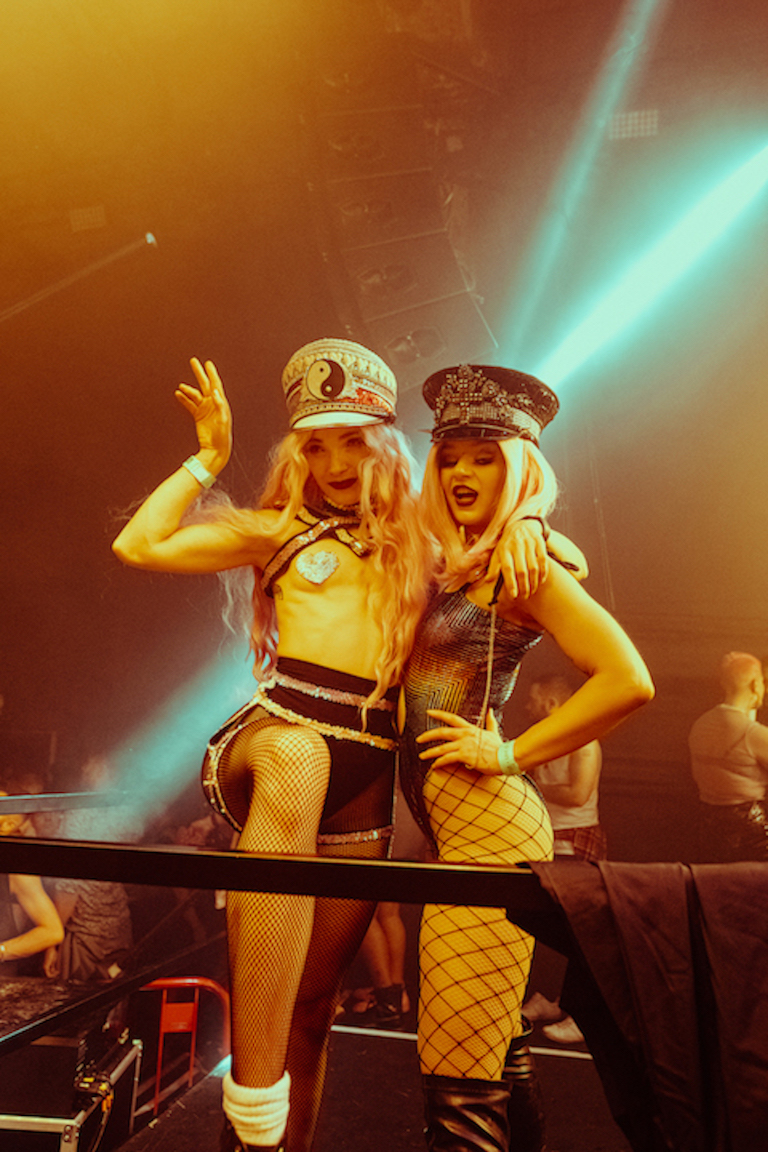 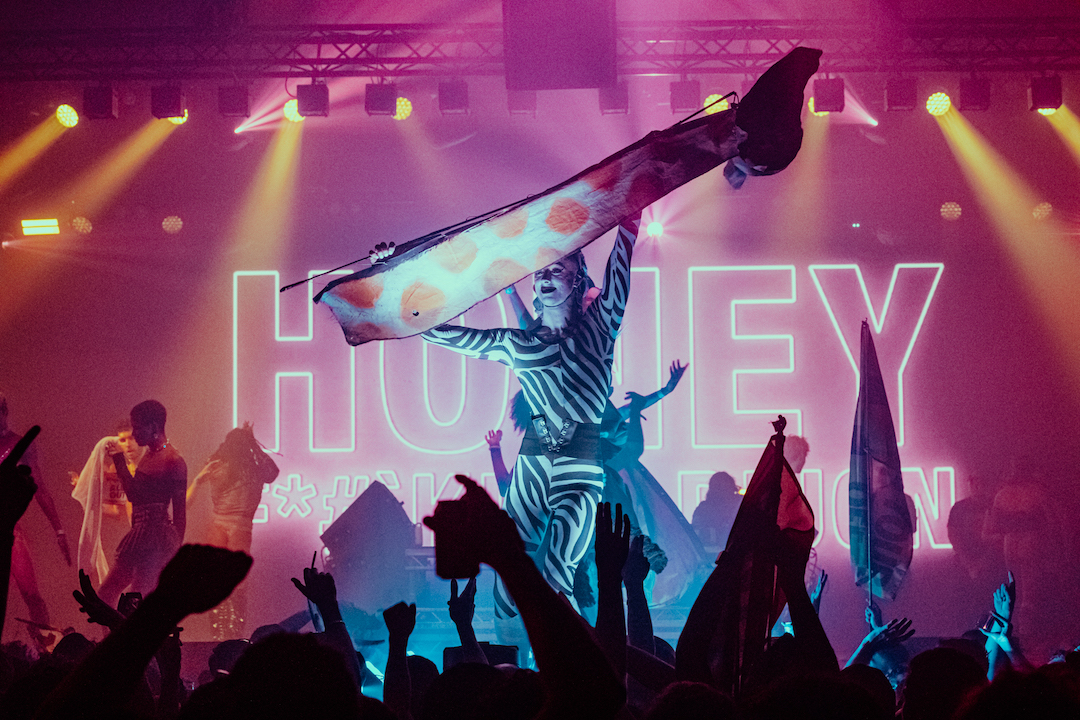 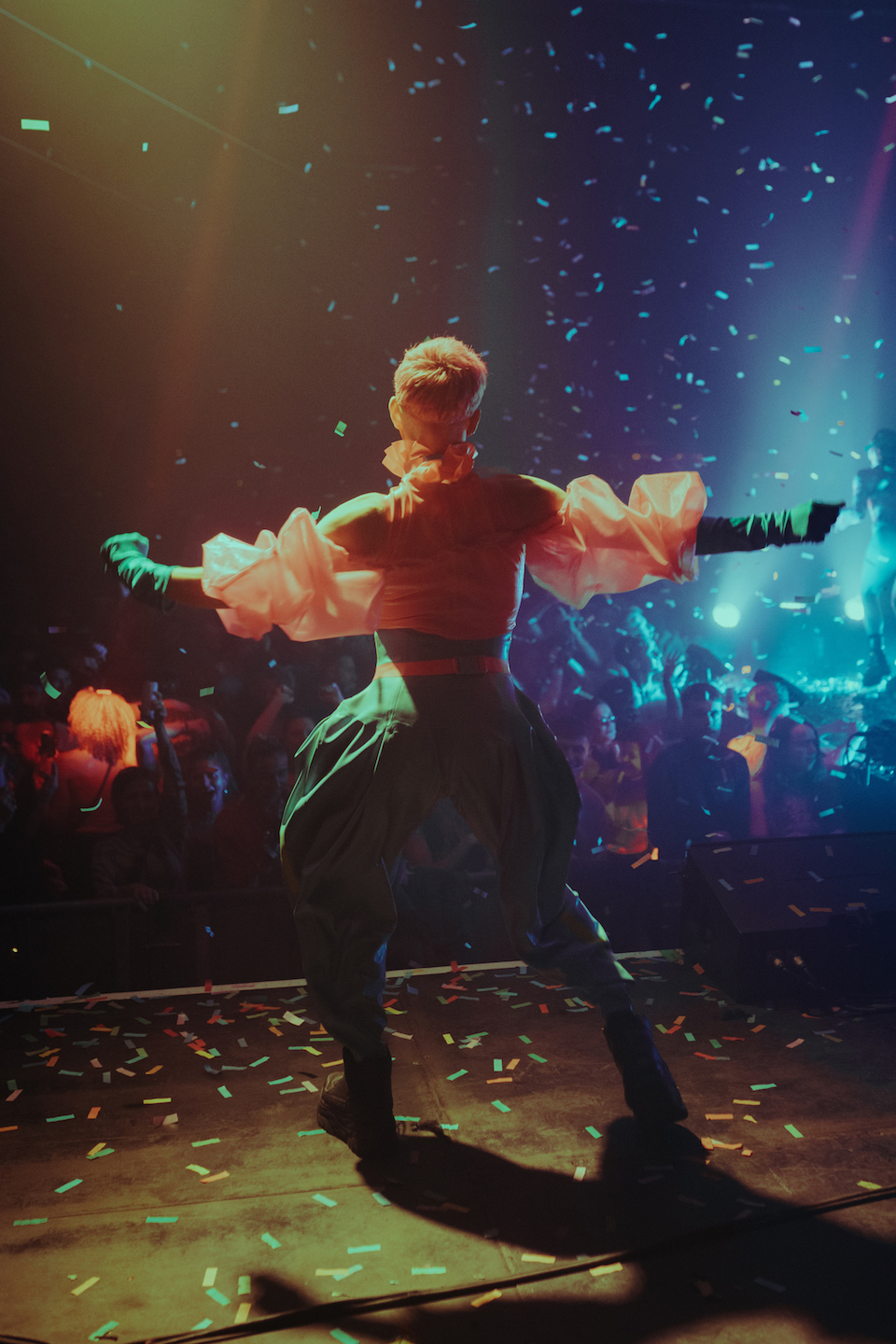 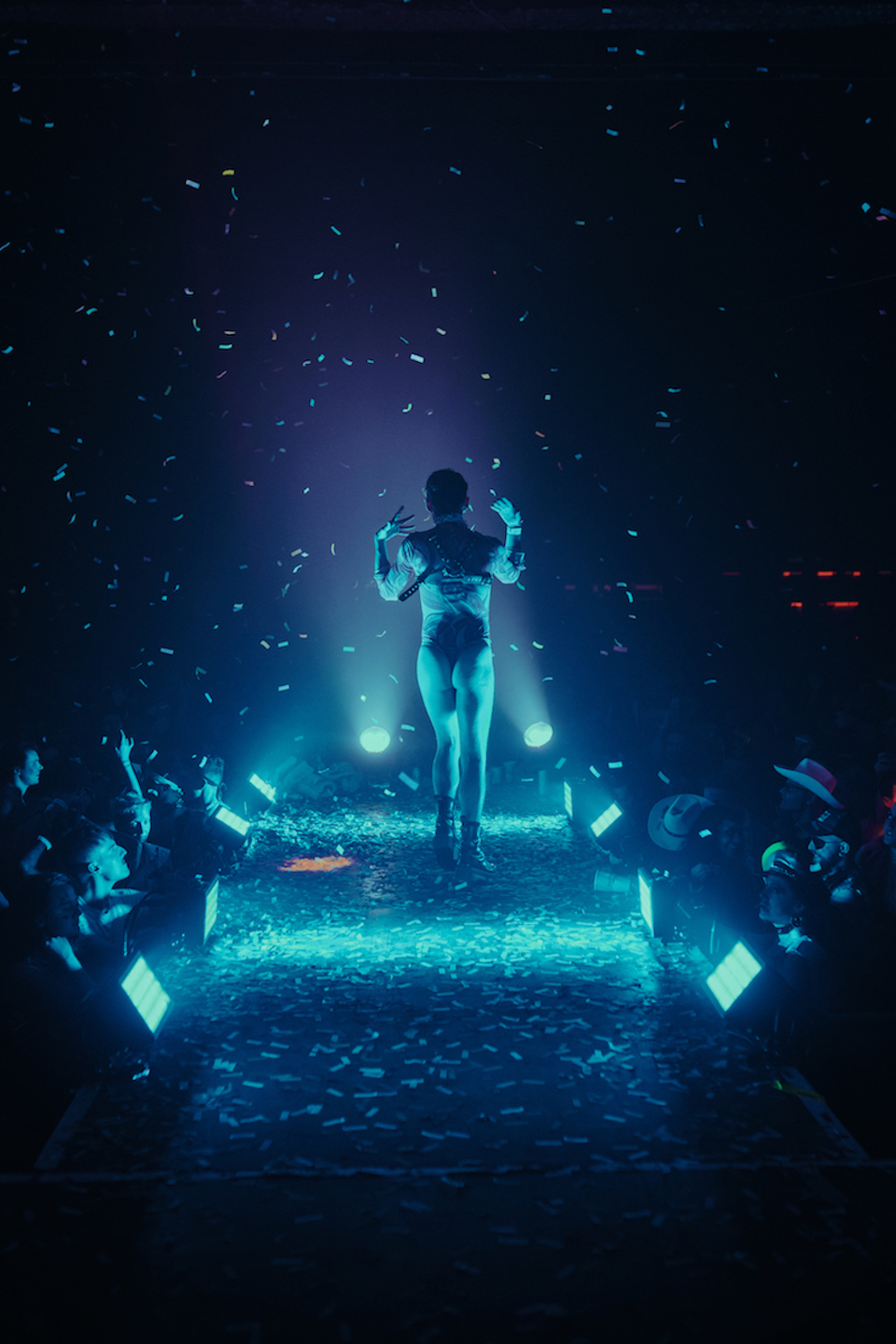 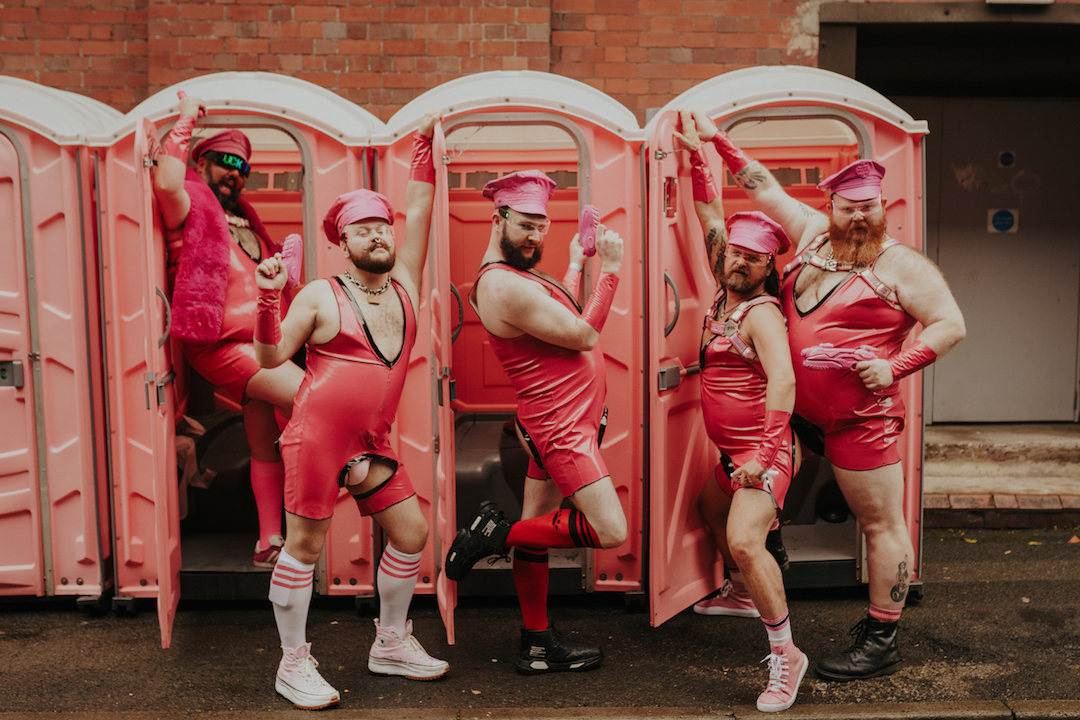 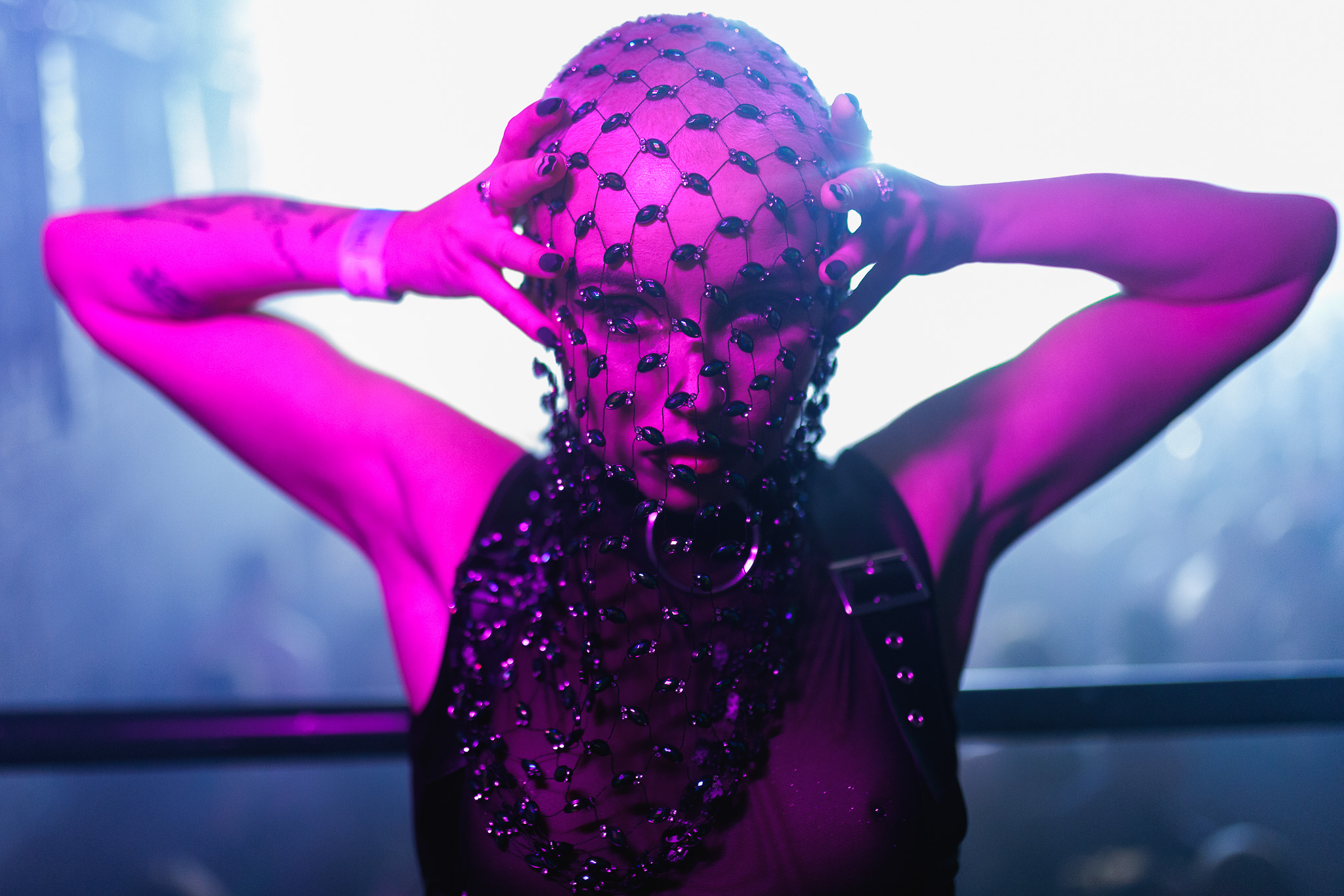 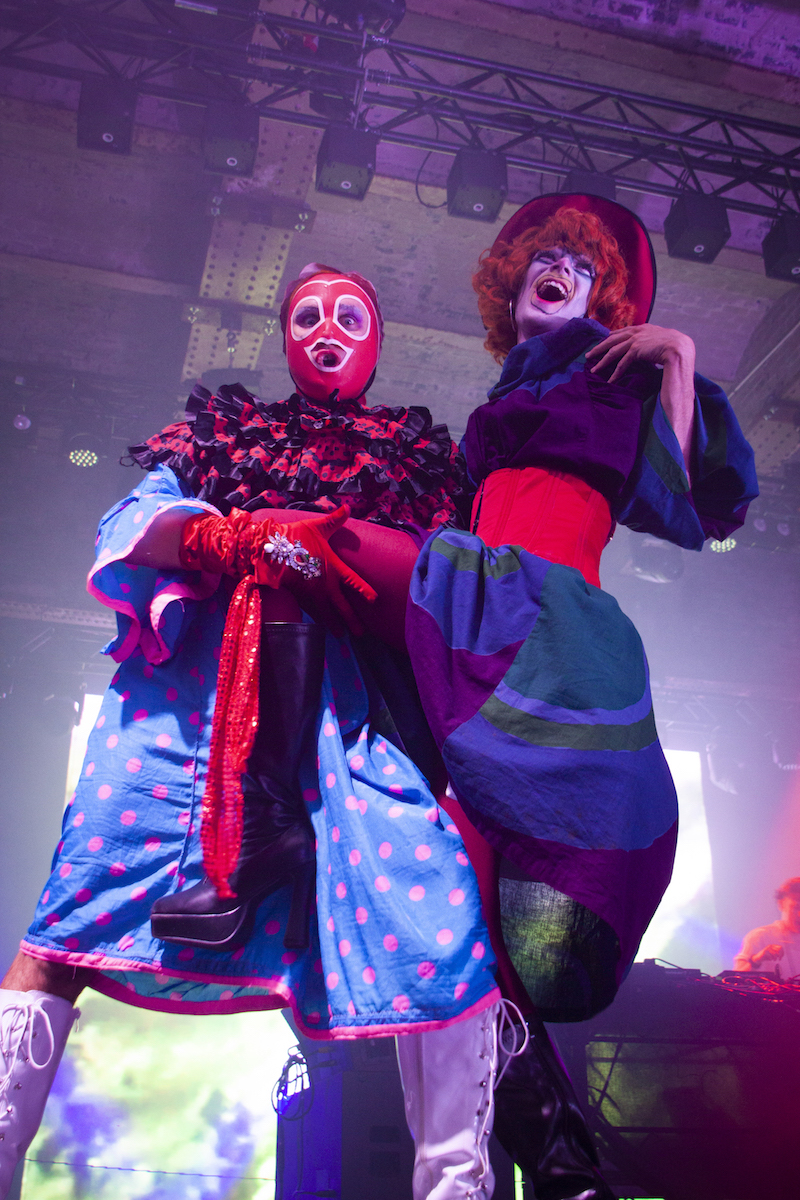 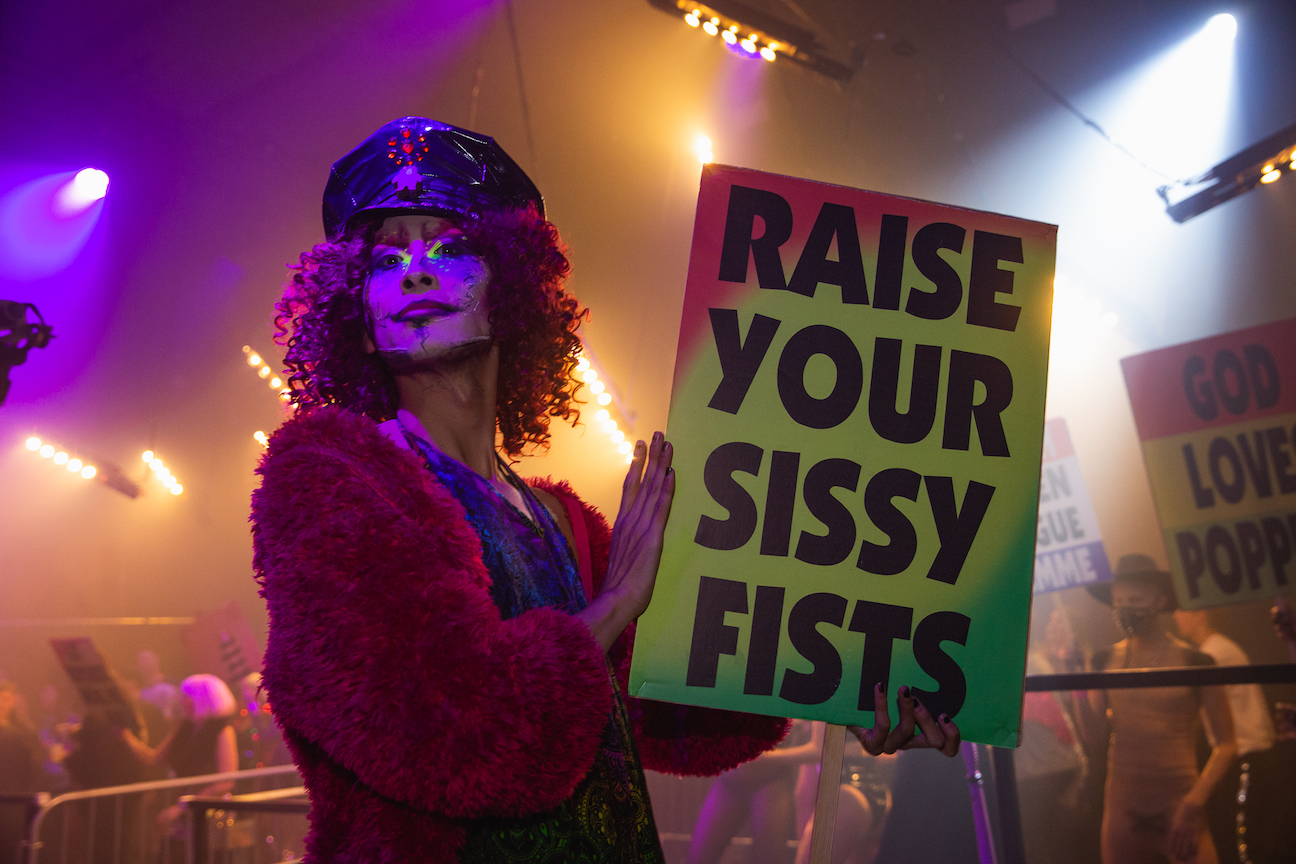 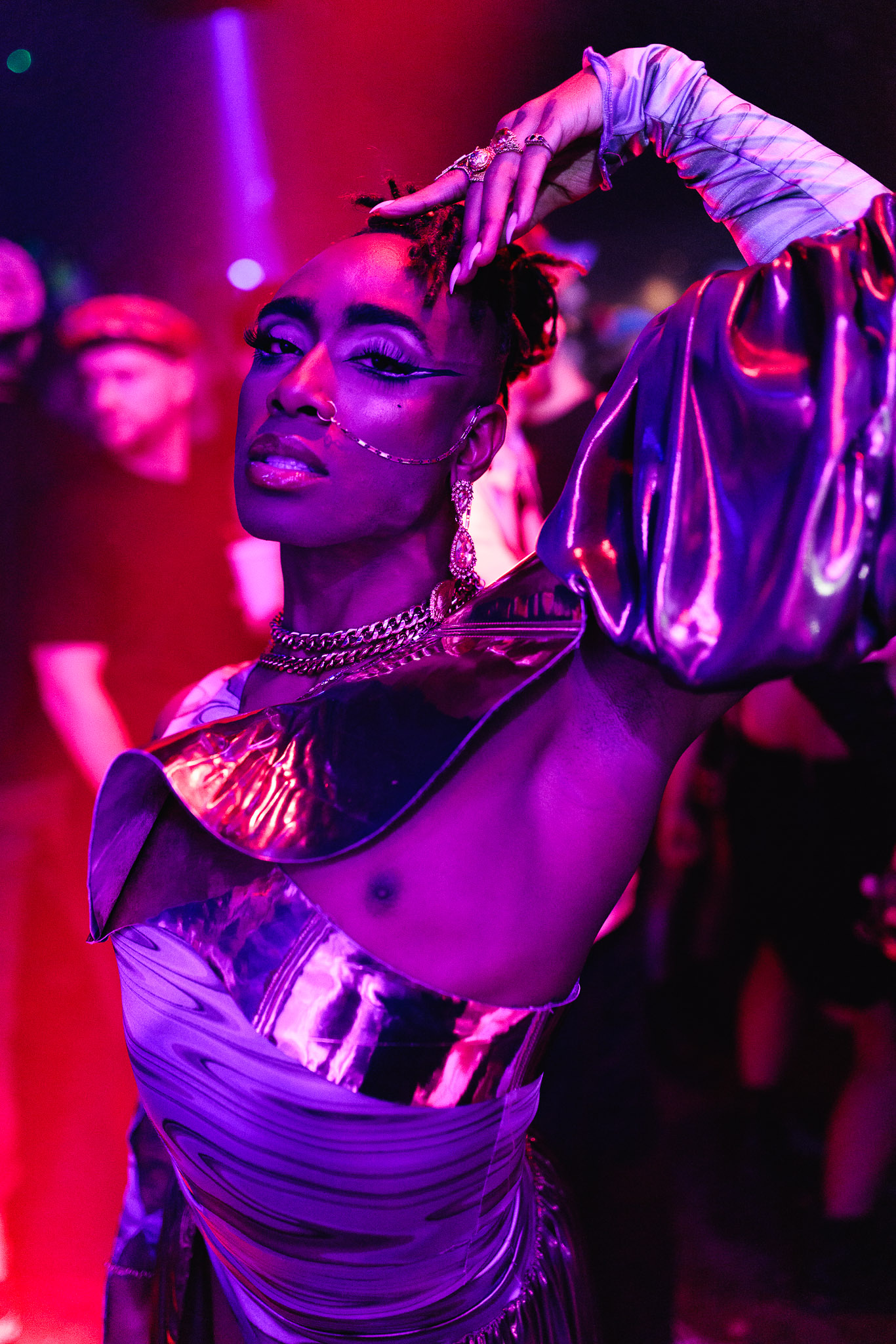 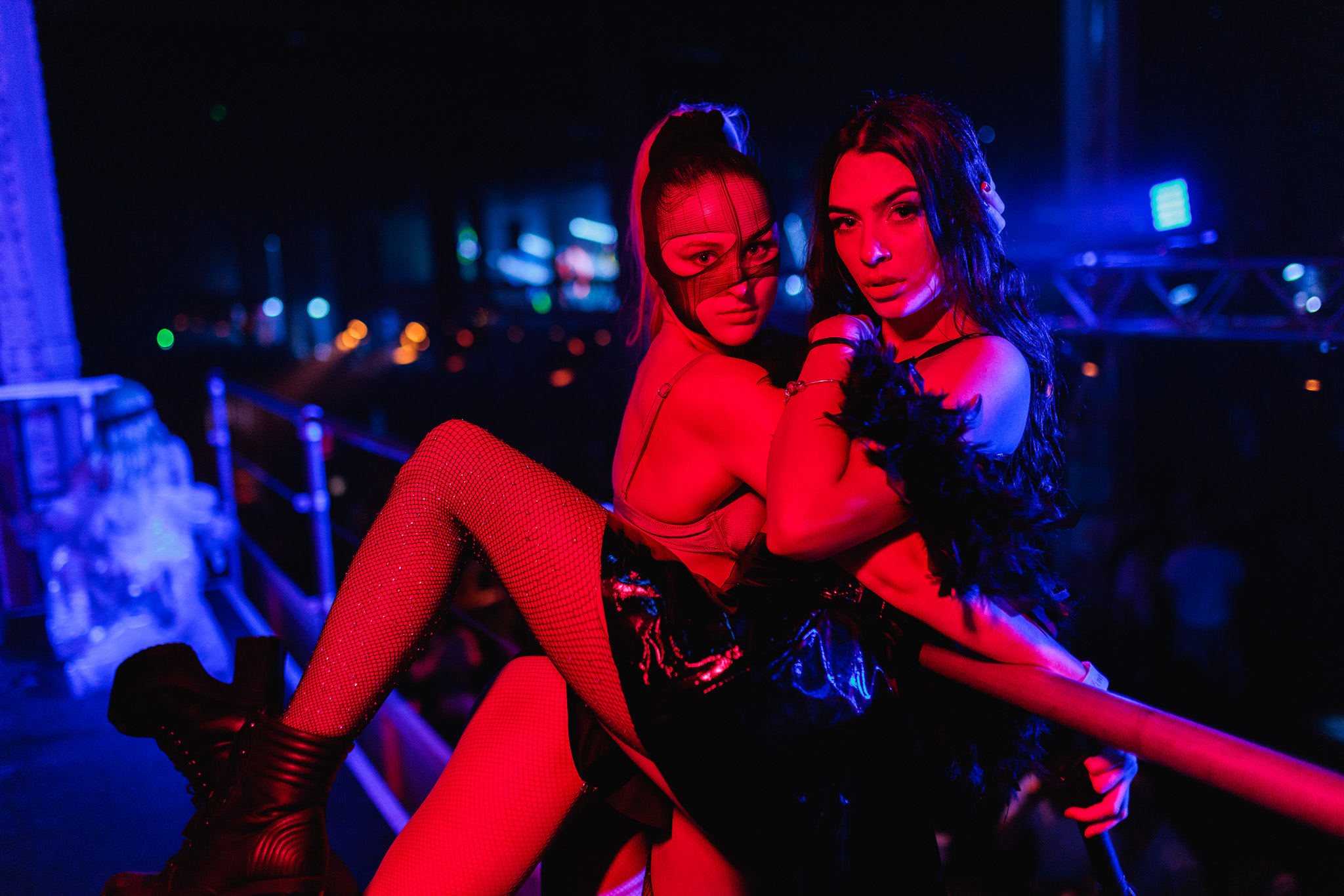 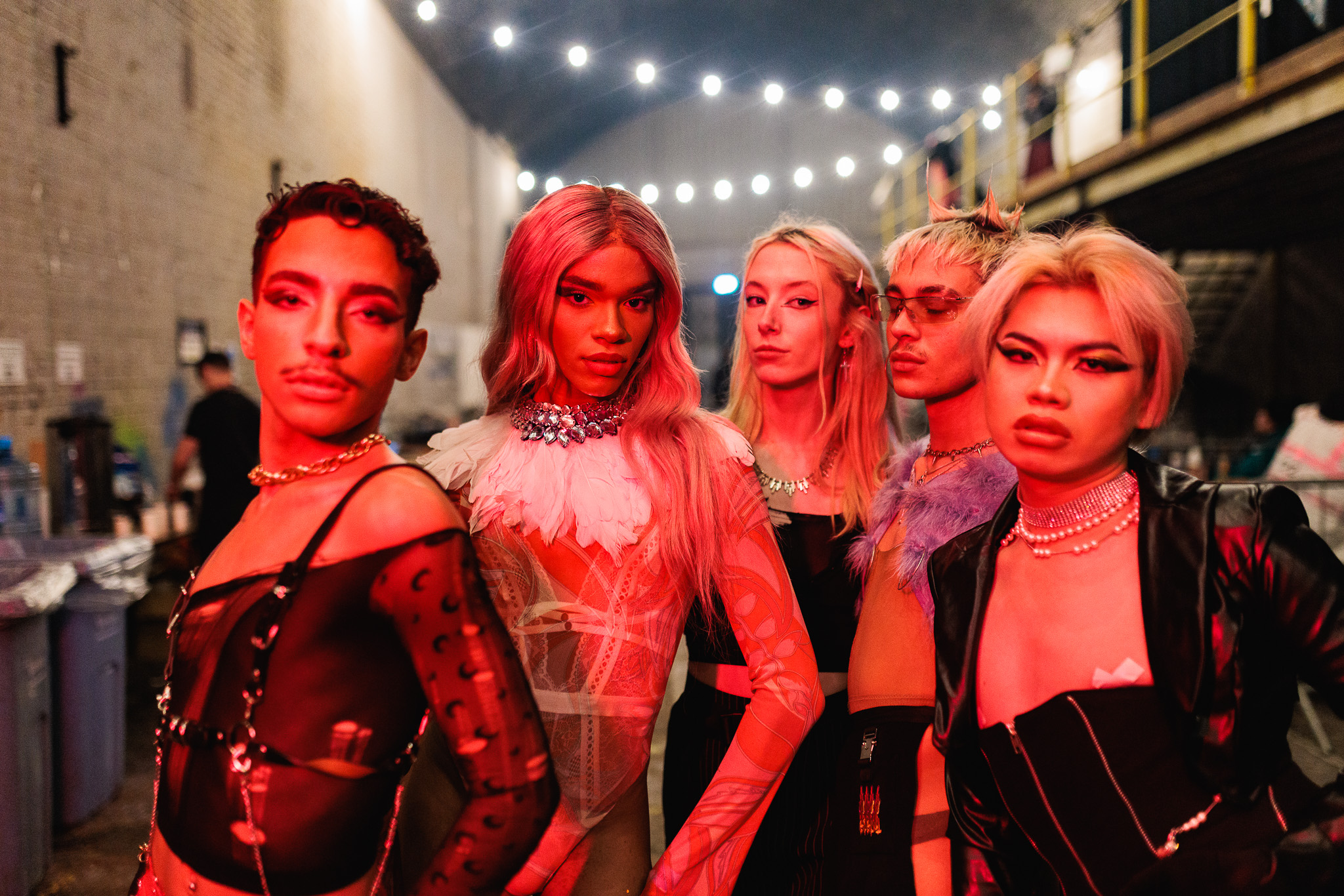 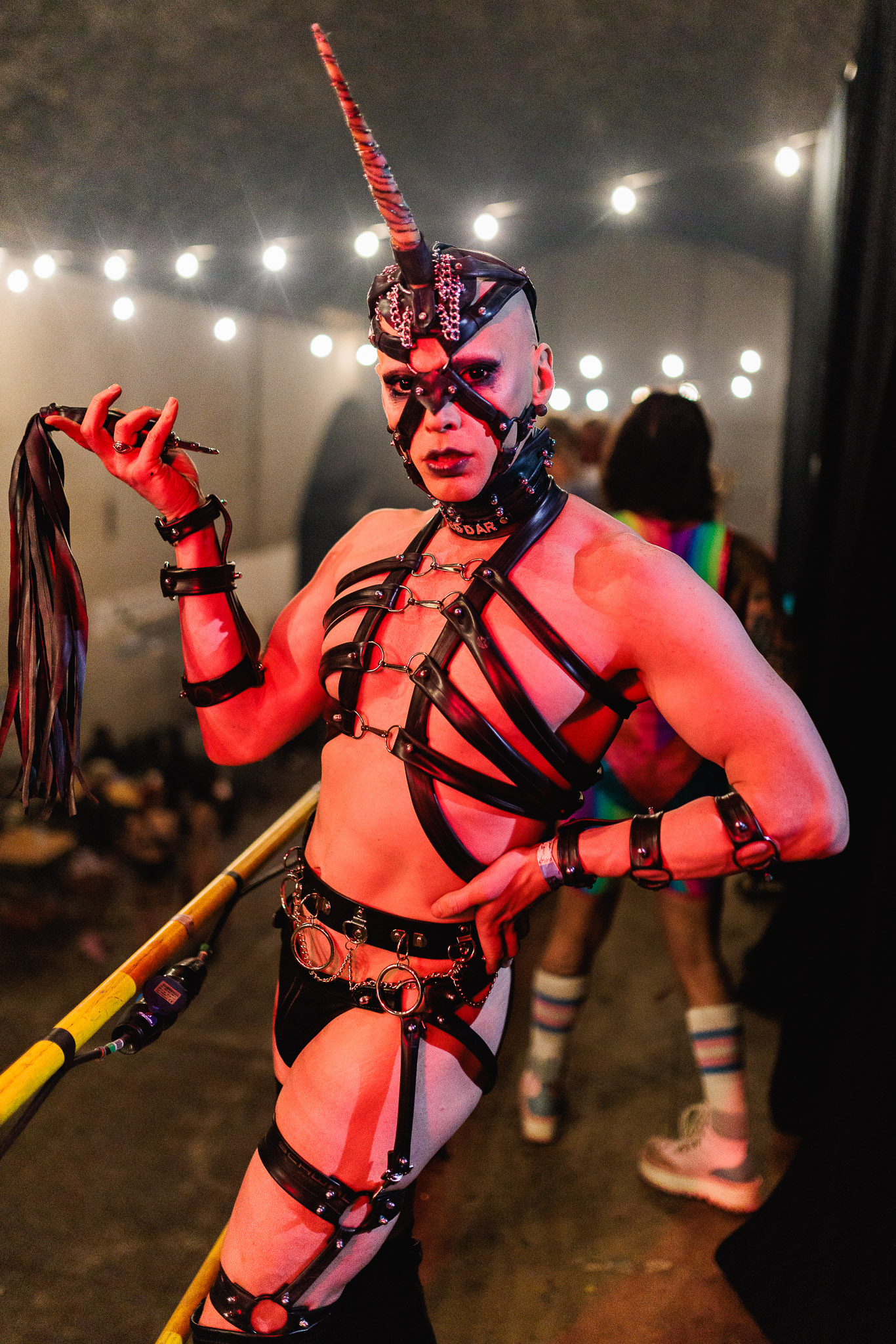 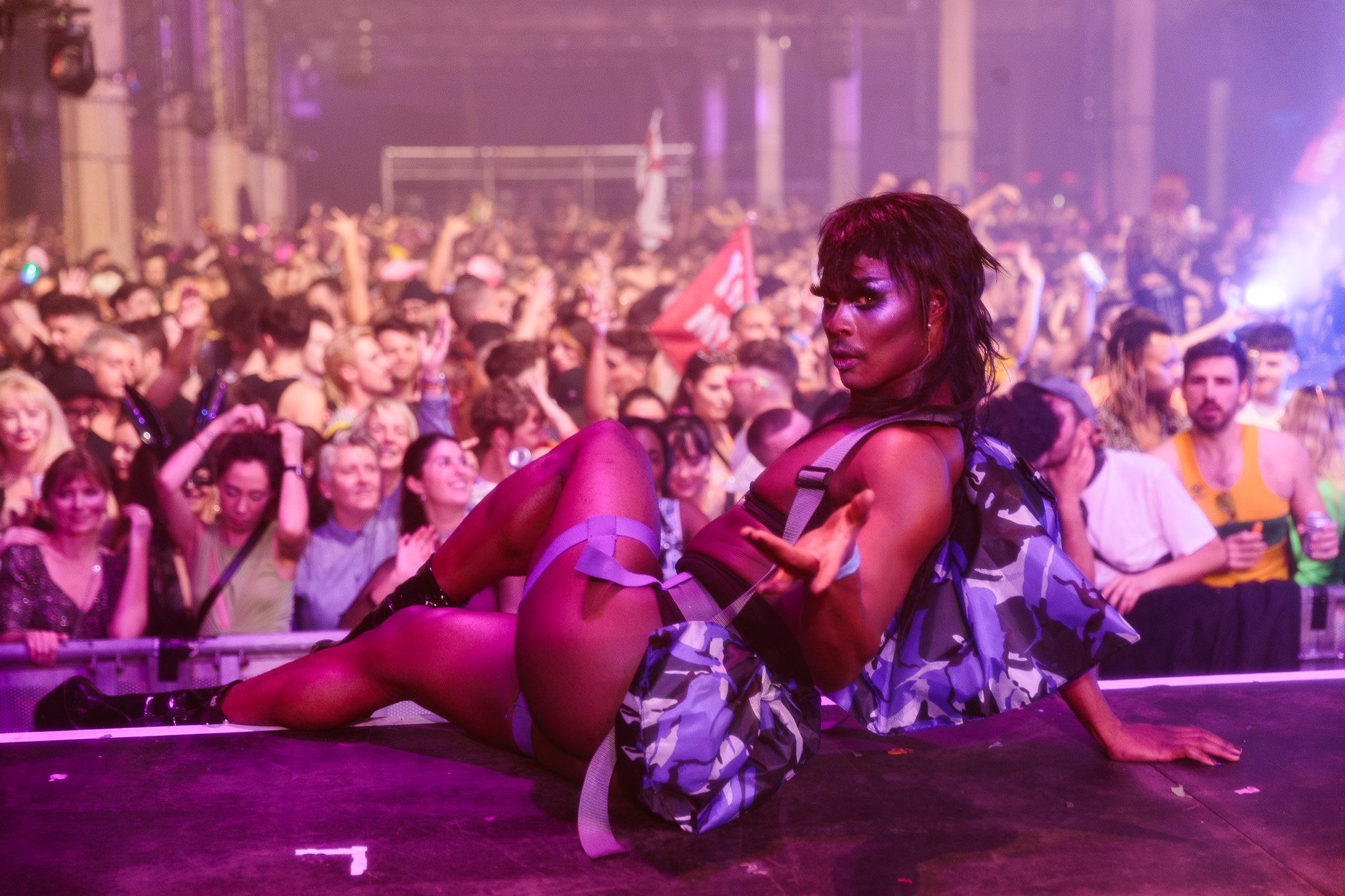 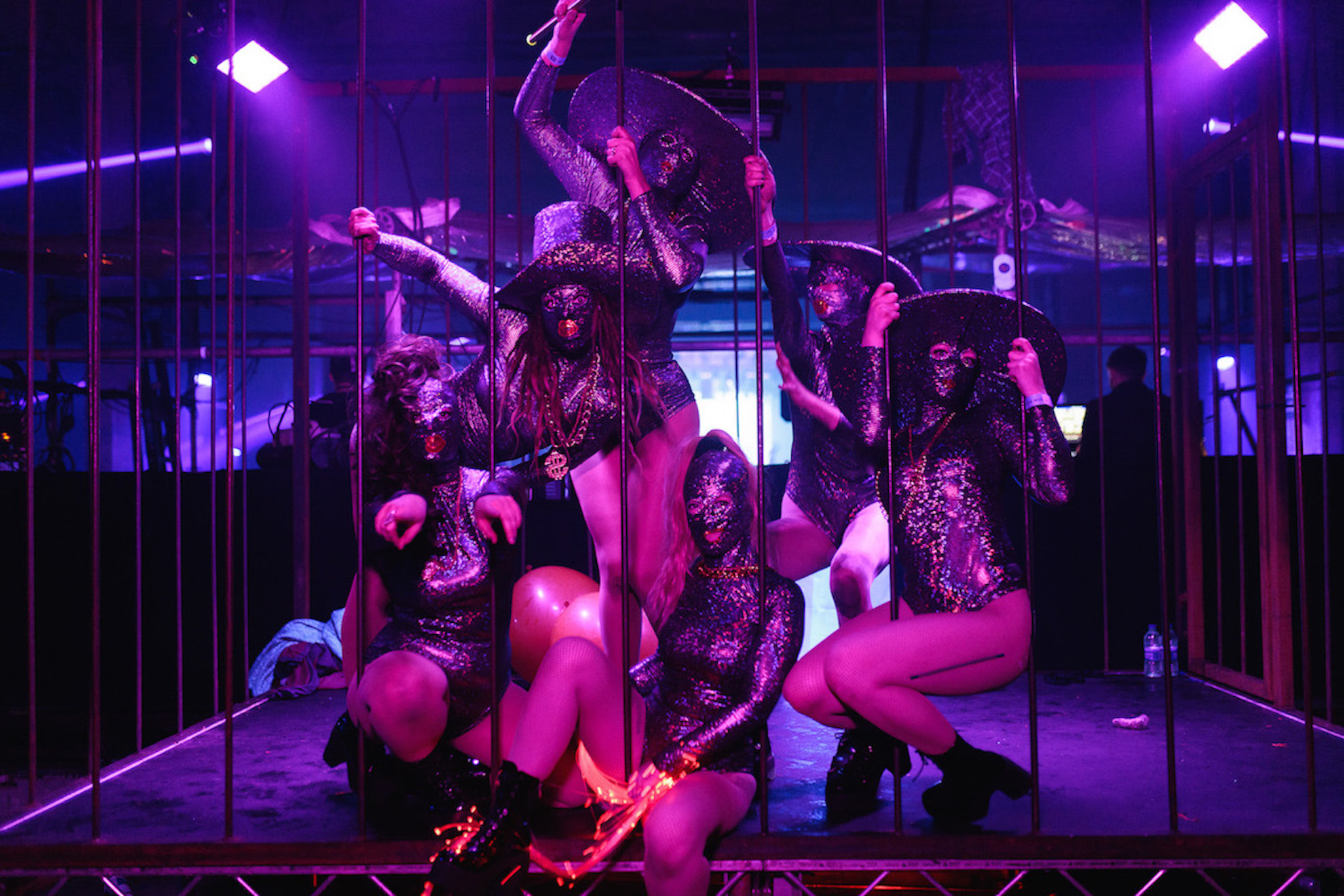 Tickets for Homobloc 2022 are available on Ticketmaster.

Linkedin
RELATED ARTICLES
OTHER ARTICLES
In the latest instalment of Photographers in Conversation, the creator talks portraiture, platforms and taking inspiration from Little Simz.
Following the release of his latest album, the rapper talks about finding a new approach to songwriting, attitudes to poverty, and why his music is more than a political statement.
To mark the premiere of his new documentary on surfing giant Gerry Lopez, the filmmaker and former pro skateboarder sits down to share his unique brand of wisdom.
From the chip shops, to the bingo parlors and burlesque dancers, photographer Mike Coles remembers capturing scenes of holidaymakers by the English coast.
Photojournalist Fiora Garenzi spoke with people still living in Eastern Ukraine, an area which seen some of the heaviest fighting since the war began.
A series of photos by the late Jerry Dantzic taken in 1957 show a tender side to the iconic Jazz musician.