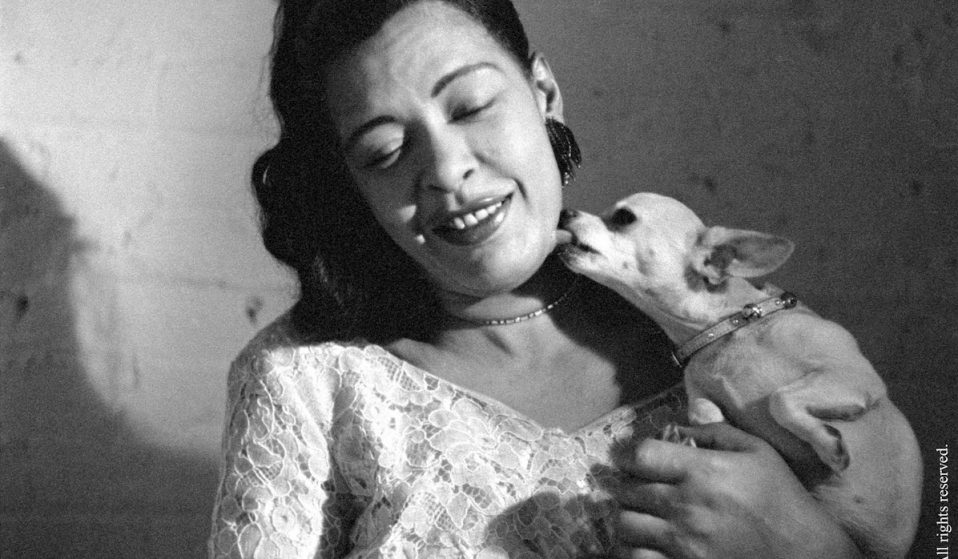 A series of photos by the late Jerry Dantzic taken in 1957 show a tender side to the iconic Jazz musician.

In 1957, photojournalist Jerry Dantzic spent time with the iconic jazz singer during her two-week run at Sugar Hill Nightclub, capturing both her public and private life.

While working the front desk of New York’s Plaza Hotel in early 1999, Grayson Dantzic came upon something that would change the course of his life. It was a body of work by his father, Jerry Dantzic (1925-2006), made of the jazz icon Billie Holiday in 1957, just two years before her death at the age of 44.

Jerry, then 74, lay bedridden in the Park Slope brownstone they shared. Grayson asked his father about the photos, to which Jerry responded by pointing to the ceiling and instructing him to go up to his studio.

“Up until that point, I had not been permitted to go there,” Grayson recalls. “When I came downstairs, my life was forever changed. I told him, ‘Through your past I have found my future. I’m going to quit my job and work for you!’” 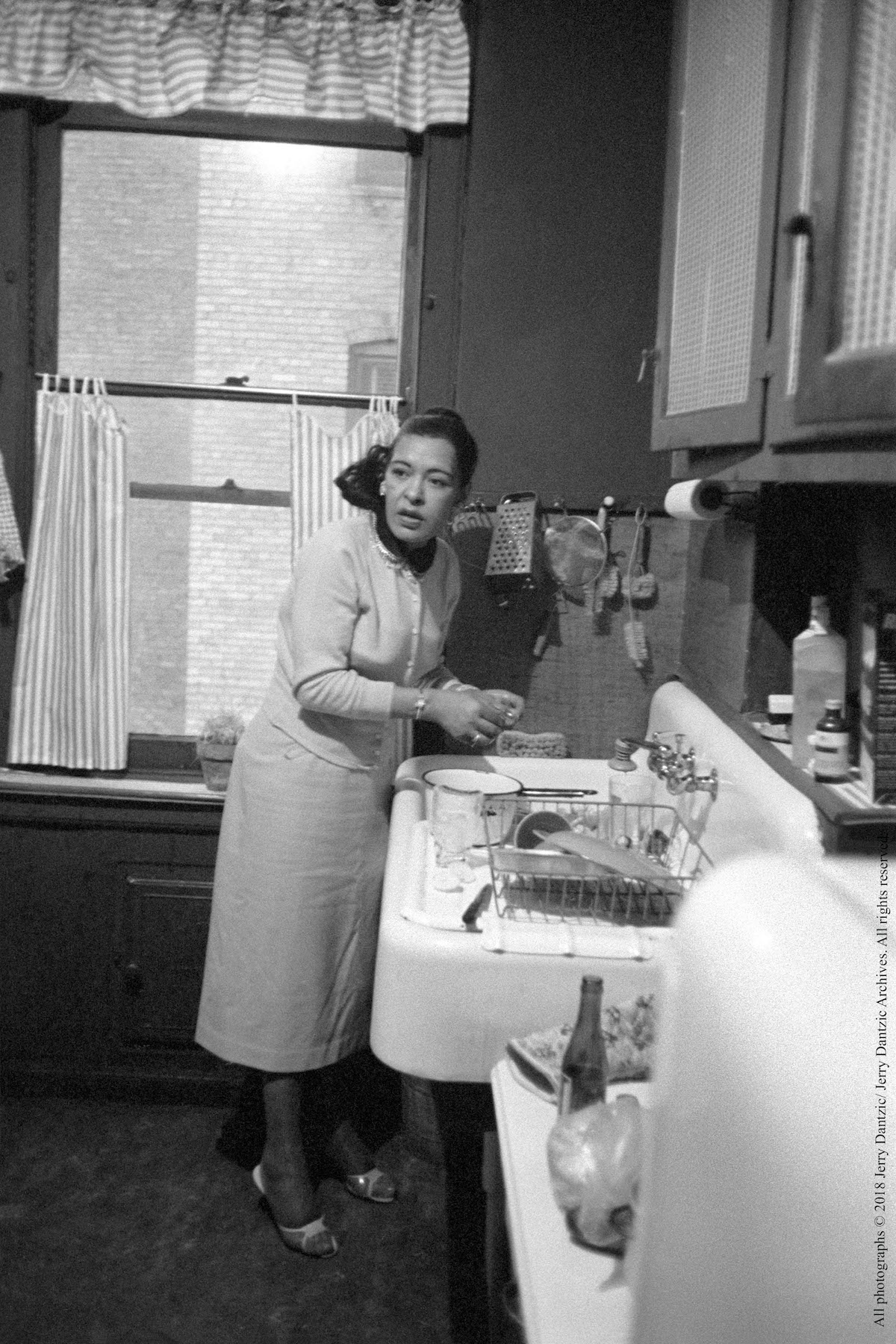 Billie Holiday at the kitchen sink of the Dufty’s apartment at 43 West 93rd Street in Manhattan, April, 1957

While reviewing his father’s archive, Grayson came upon nine contact sheets Jerry made of Billie Holiday in April 1957. On assignment for Decca Records, he documented the legendary jazz and blues vocalist’s two-week long run at the Sugar Hill nightclub in Newark, New Jersey. What makes this body of work so unique is that Jerry didn’t stop there. He spent time with her off stage, on the street, and in her home, among her friends, family, and pet Chihuahua, Pepi.

The photographs, now on view in Billie Holiday at Sugar Hill: Photographs by Jerry Dantzic, offer an intimate look at the life of ‘Lady Day’ (as she was nicknamed) – an extraordinary woman whose image was larger than life. Through her music, she fought racism, misogyny, and drug laws that criminalised the Black community.

In 1956, she published her memoir, Lady Sings the Blues, offering a no holds barred portrait of art, love, and addiction amid the struggle. Jerry’s portraits captured the tender side of a woman who had seen it all and lived to tell the tale. 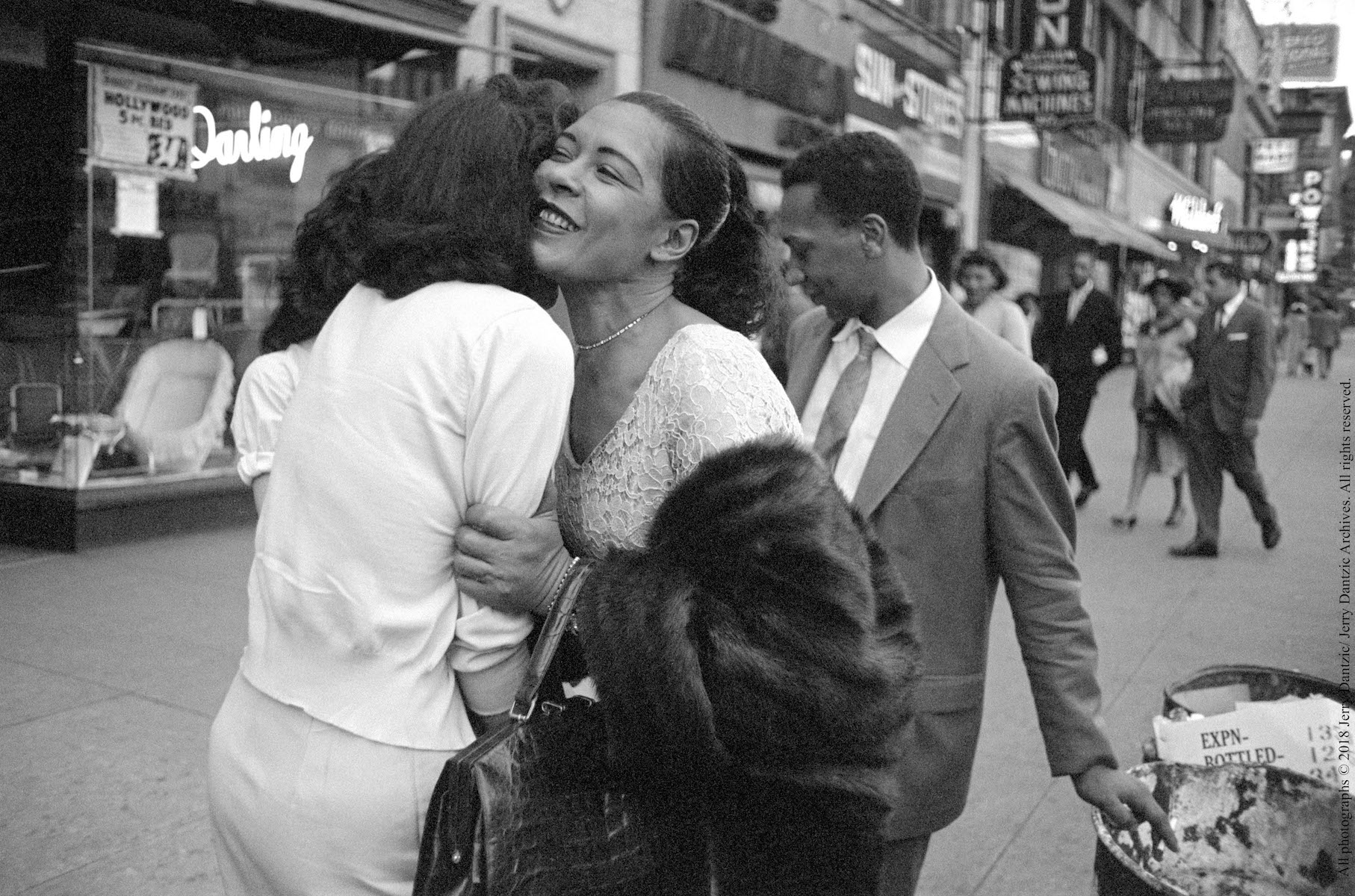 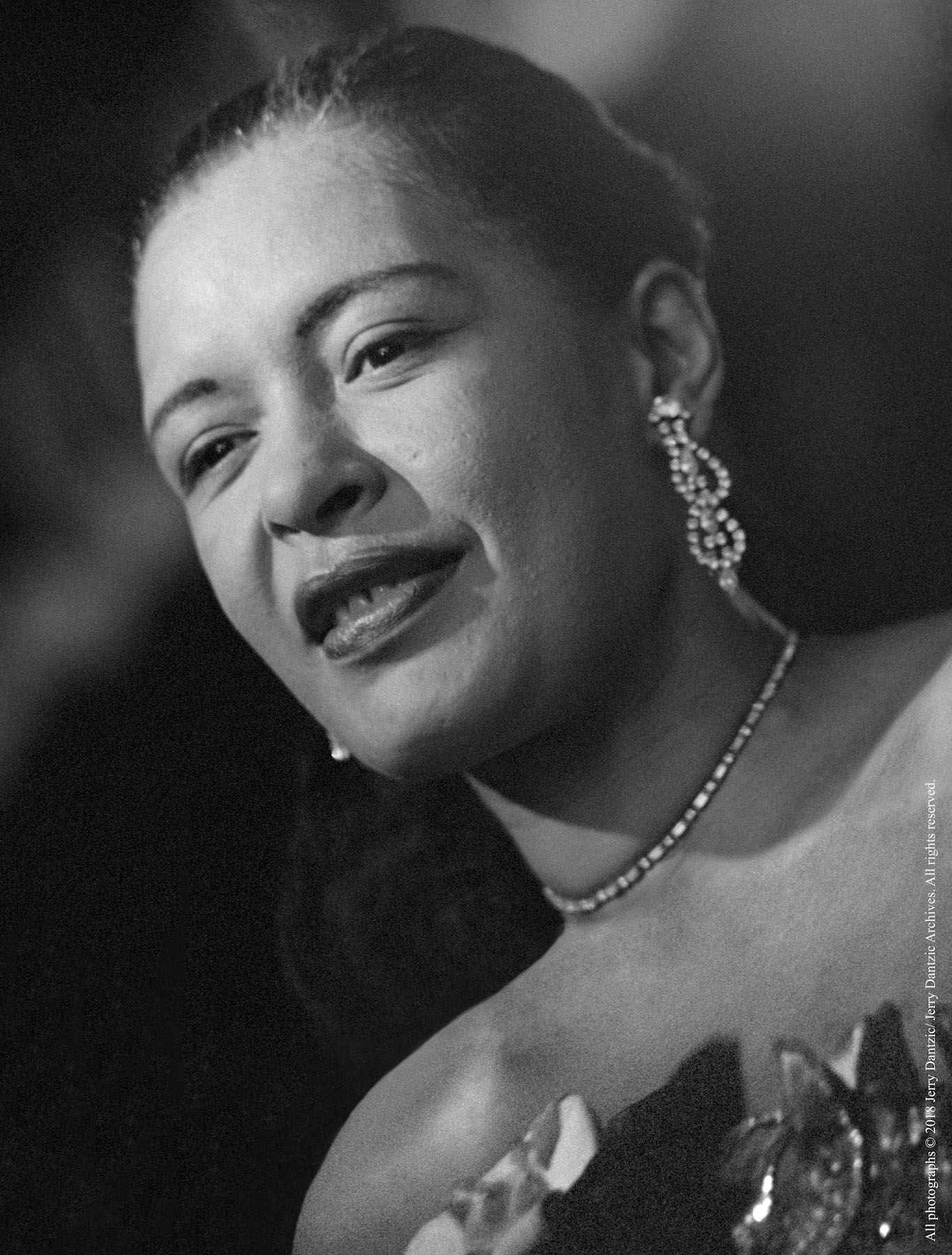 Working without a flash and using only the available light, Jerry worked patiently. “What he chose to document – her affectionate relationship with her little dog and fans on the street, her almost maternal relationship with her godchild and her comfort level in the Dufty kitchen – were of the most importance to him,” Grayson says.

Jerry took a simple assignment to create a record cover and transformed the project into a historic document. They also bring us into this moment forged between two artists who shared an understanding about the power of photography to reveal the hidden layers we rarely see, providing a new understanding of the woman behind the image. 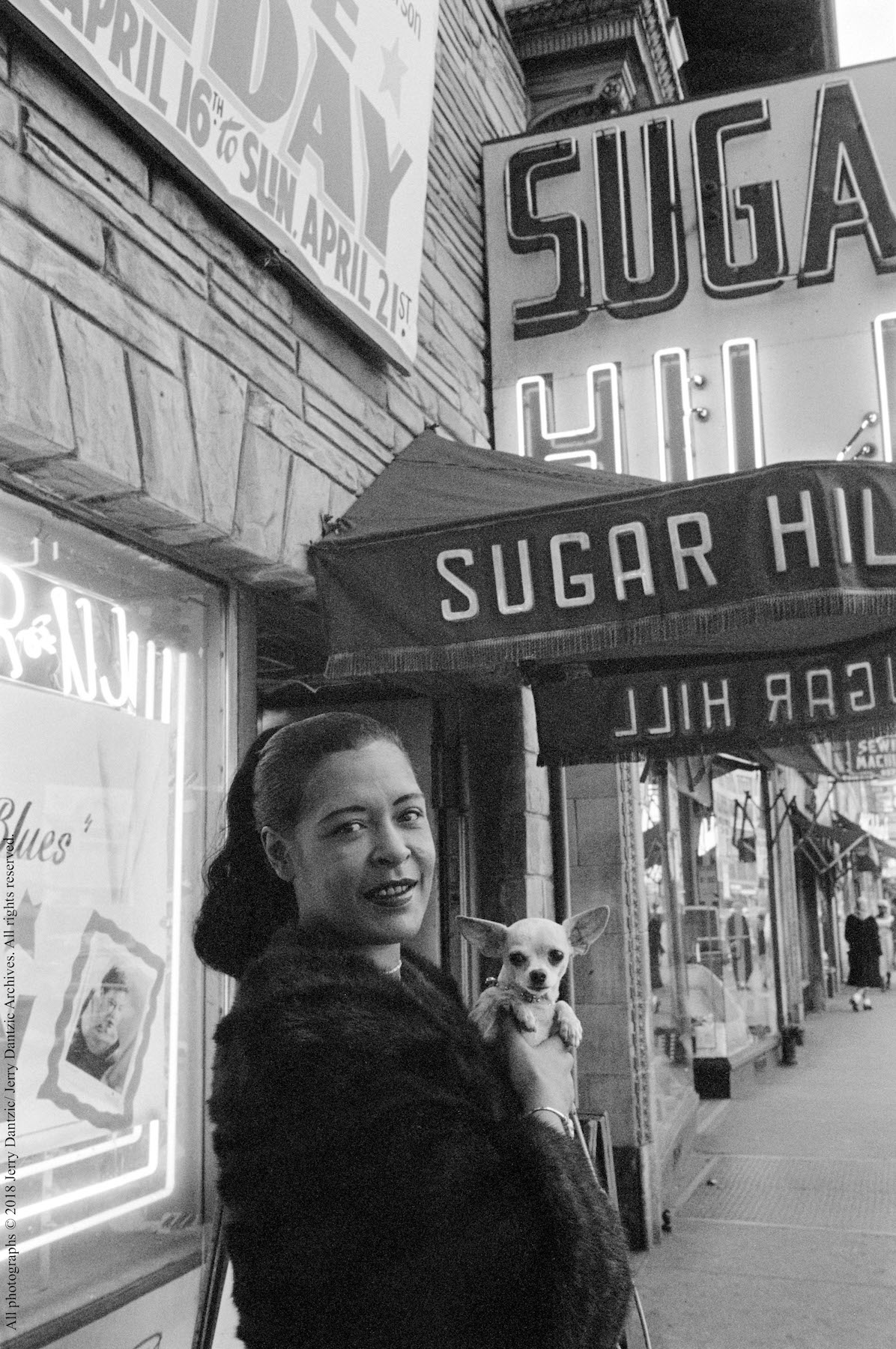 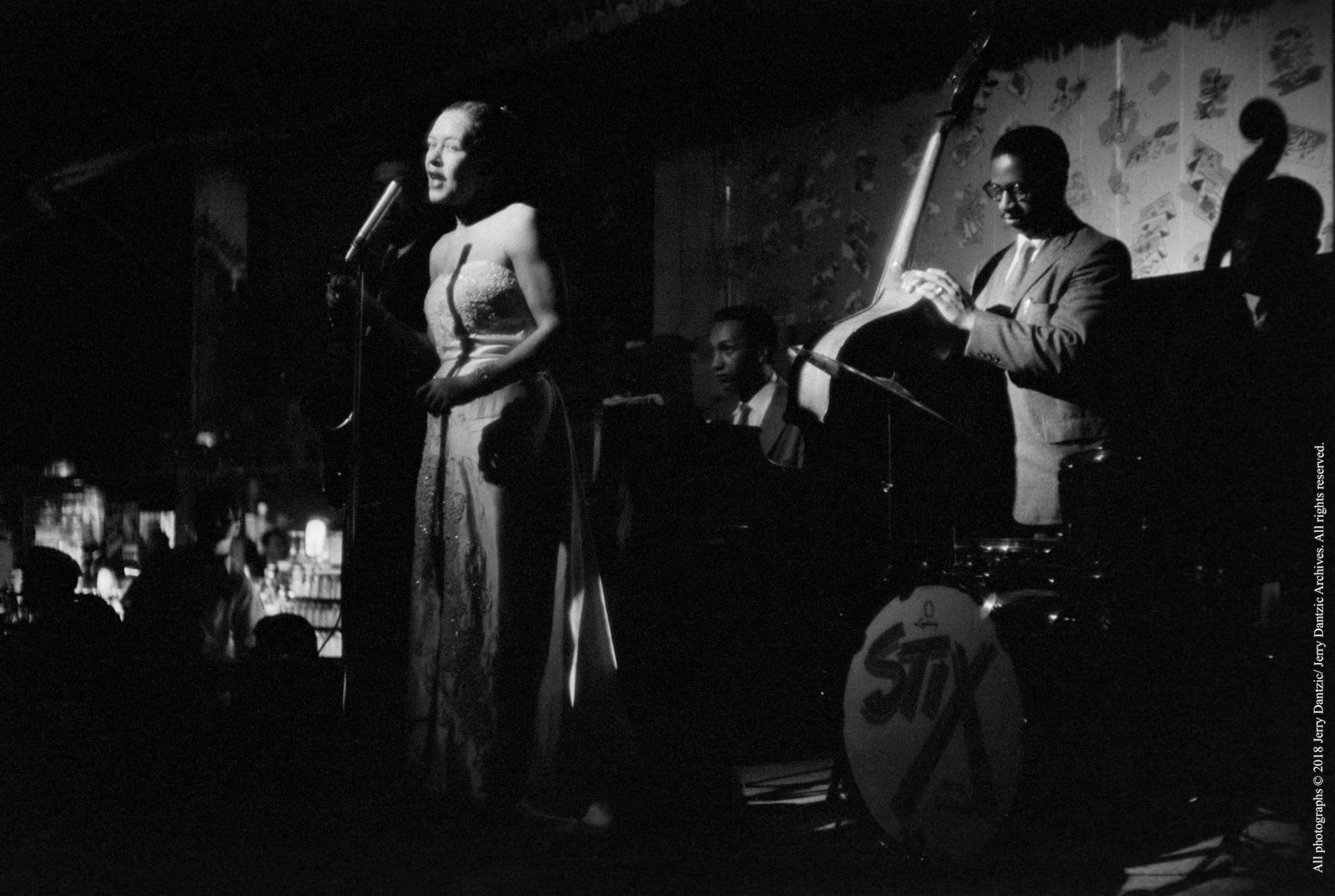 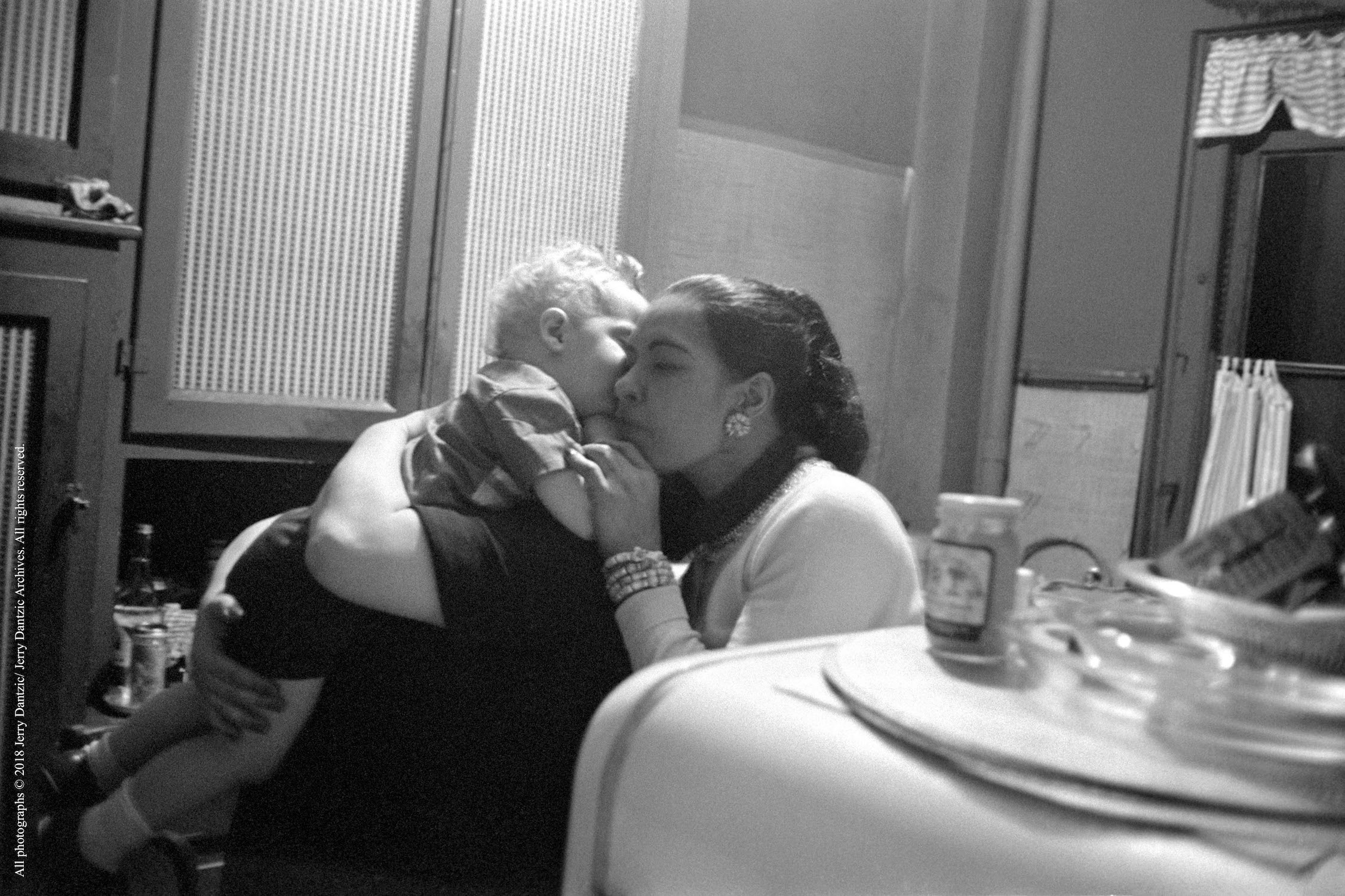 Billie Holiday with Maely Dufty and Bevan, her son and Billie’s godchild in the kitchen of the Dufty’s apartment in Manhattan, April, 1957 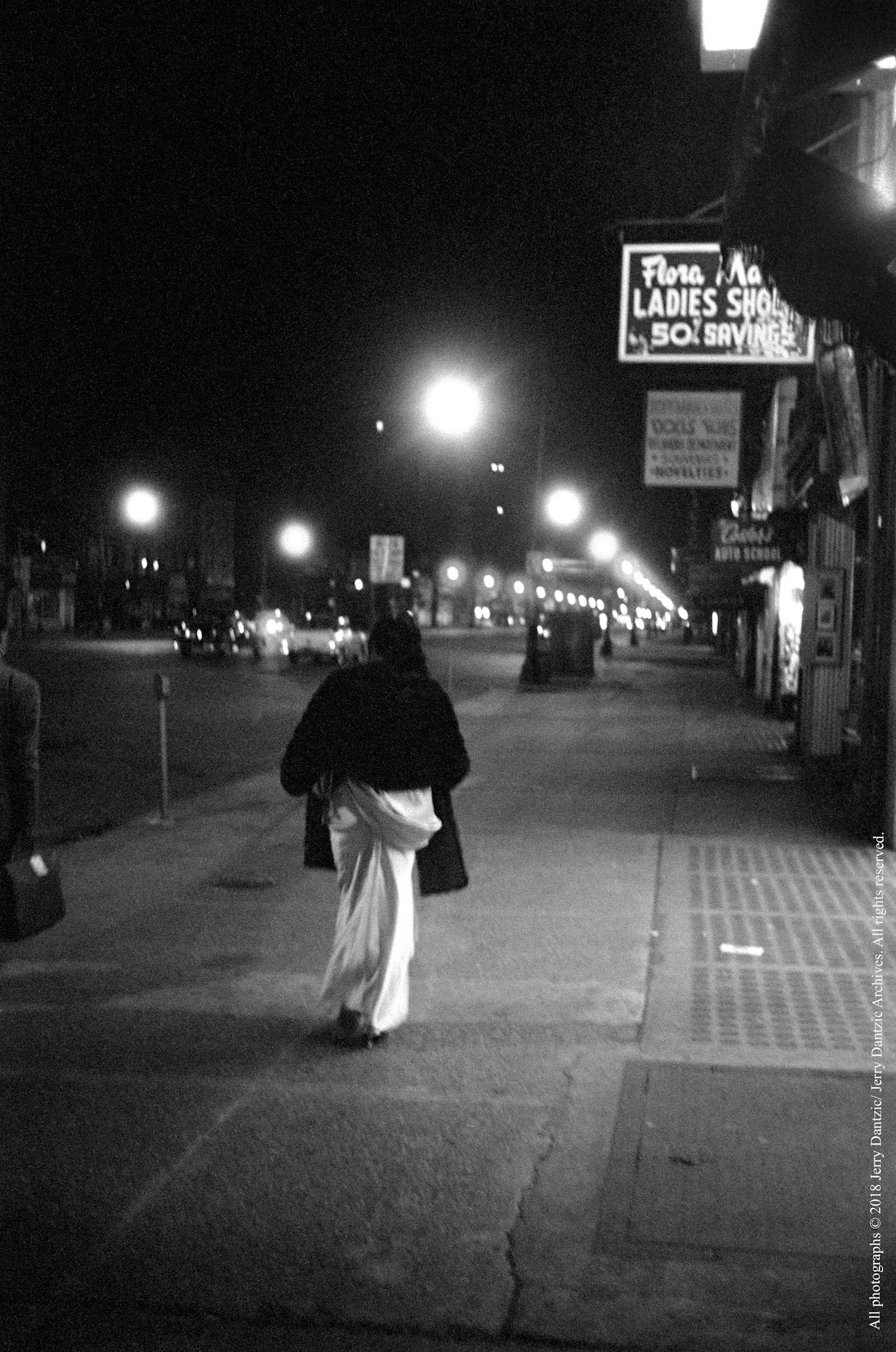 Billie Holiday walks off into the night on Broad Street after a gig at Sugar Hill, Newark, New Jersey, April, 1957

Billie Holiday at Sugar Hill: Photographs by Jerry Dantzic is on view through August 21, 2022, at the Newark Museum of Art in Newark, New Jersey. It will travel to West Baton Rouge Museum in Port Allen, Louisiana from September 10, 2022–January 7, 2023. A book of the same name is published by Thames & Hudson.

Linkedin
RELATED ARTICLES
OTHER ARTICLES
As the Criminal Bar Association enters its fifth week of action, criminal barrister Russel Fraser explains why the legal professionals have walked out and how action is likely to escalate.
Protestors gathered outside Downing Street following the latest atrocities committed by Israel against Palestinians living in the besieged strip.
Last week, Tower Hamlets council removed its nudity-restricting licensing conditions in a huge win for London’s kink community.
With the virus now a global health emergency, we must take steps to fight misinformation and demand a swift UK-wide vaccine roll out, writes Phil Samba.
A new series of photos by Johny Pitts shines a light on communities and subcultures that have all too often been overlooked.
Yesterday, rail workers came together to protest poor pay, working conditions and job cuts in their latest round of strikes.