In 1952, Jack O'Neill invented the wetsuit so that he could stay in the water longer. His simple ambition led to an extraordinary future, both for himself and the surfing world as a whole. The Working Artisans' Club is the next chapter in that story - a celebration of modern makers, artisans and innovative craftfolk that will culminate in exhibitions in Germany and London.

Throughout the year we'll be profiling makers from across Europe in a series of short films on the website and articles in the magazine.

Living on the Cornish coast gives Rebel Brewing Co. founder Guillermo Alvarez all the inspiration he needs to craft some of the UK’s finest beer. As he watches the waves break against the shore a stone’s throw from his Penryn microbrewery, Guillermo’s mind races with thoughts of the flavours, aromas and possibilities he can draw from just four ingredients: barley, hops, yeast and water.

Getting hands-on at every stage of the process – from the mashing and brewing, right through to the bottling and labelling – coaxes tastes and smells as diverse as mango, brown sugar and lemongrass from the simplest of raw ingredients.

The quality of brews like Cornish Sunset and Penryn Pale Ale has been recognised with multiple awards, but what Guillermo finds most rewarding is seeing drinkers appreciate the creativity and attention to detail that goes into every bottle Rebel produce.

The Working Artisans’ Club is presented by Huck and O’Neill. 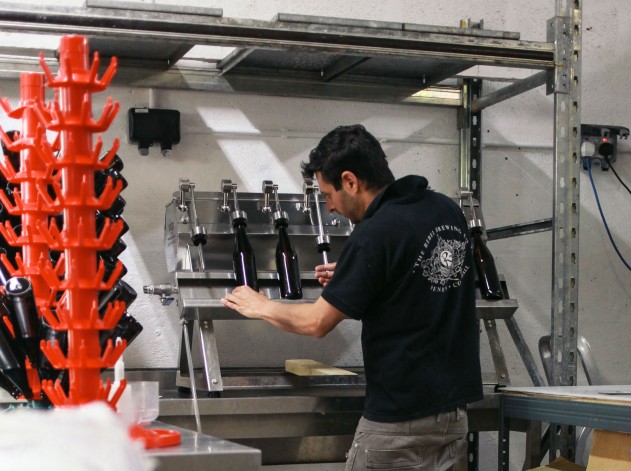 Linkedin
OTHER ARTICLES
Rugged backpacks designed and built for the mountain trails of rural Bavaria.
The Working Artisans' Club 2014 exhibition and workshops kick off in the Bavarian capital, 17-19 October, presented by Huck and O'Neill.
San Sebastian-based artist Daniela Garreton pays homage to the beauty of the sea.
Bamboo bikes hand built in Hackney.
In his secluded Cornwall workshop, Paul Reisberg learns more about the world with each wooden surfboard he creates.
Inspired by the freedom and spontaneity of Blues music, Drummond & Hammett craft handmade cigar-box guitars in their Bristol workshop.