Art & Culture / Rebel vision: a portrait of Black life across the US today 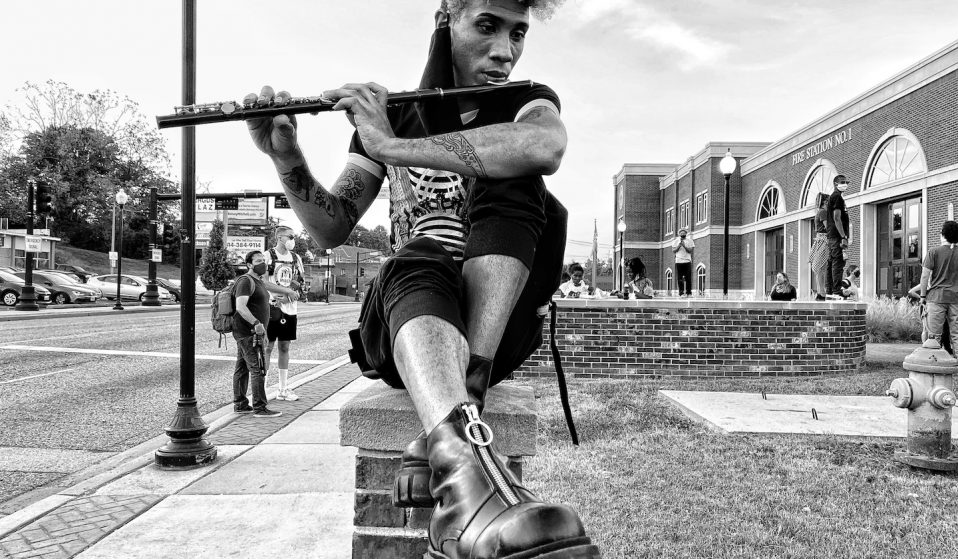 A new exhibition brings together the work of Black women and non-binary photographers in order to give them the power to tell their stories on their own terms.

A new exhibition brings together the work of Black women and non-binary photographers in order to give them the power to tell their stories on their own terms.

“I picked up a camera because it was my choice of weapons against what I hated most about the universe: racism, intolerance, poverty,” said Gordon Parks, who used the camera to make a way at a time when the work of Black photographers went largely unseen and unpublished in the United States.

15 years after his death, the camera remains a weapon of choice for Black artists everywhere, giving them the power to tell their stories on their own terms. “For centuries, media representation has been wielded against people of colour to invalidate our worth, realities, and lived experiences,” says visual journalist and professor Tara Pixley. “Through photography, we can speak back to stereotypes and misrepresentations, tell our stories, and work through our experiences.” 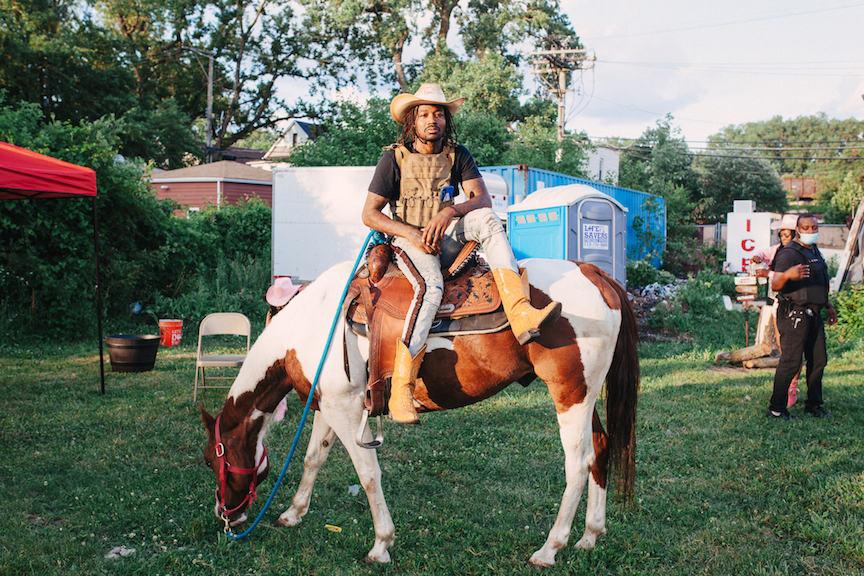 Adam Hollingsworth, also known as the “Dreadhead Cowboy”, on Saturday, June 27, 2020, in the Chatham neighborhood on the south of Chicago. Photo by Danielle Scruggs

Pixley is the curator of a new exhibition, Rebel Vision, which brings together the work of Black women and non-binary photographers, including Gabriella Angotti-Jones, Chloe Charlot, Dee Dwyer, Stephanie Mei-Ling, and Danielle A. Scruggs. The result is a multifaceted portrait of Black life across the US today.

As a member of Authority Collective, a group of more than 200 women and non-binary people of colour working in photography and film, Pixley is focused on creating space for collective actions and collaborative projects. “For so long, we have been led to believe in the myth of the lone genius and it makes people feel as though we have no power,” Pixley says. “But together we have the power to address injustice and impact change. Upholding the idea of community and constantly returning to it is how we achieve success on structural and individual levels.” 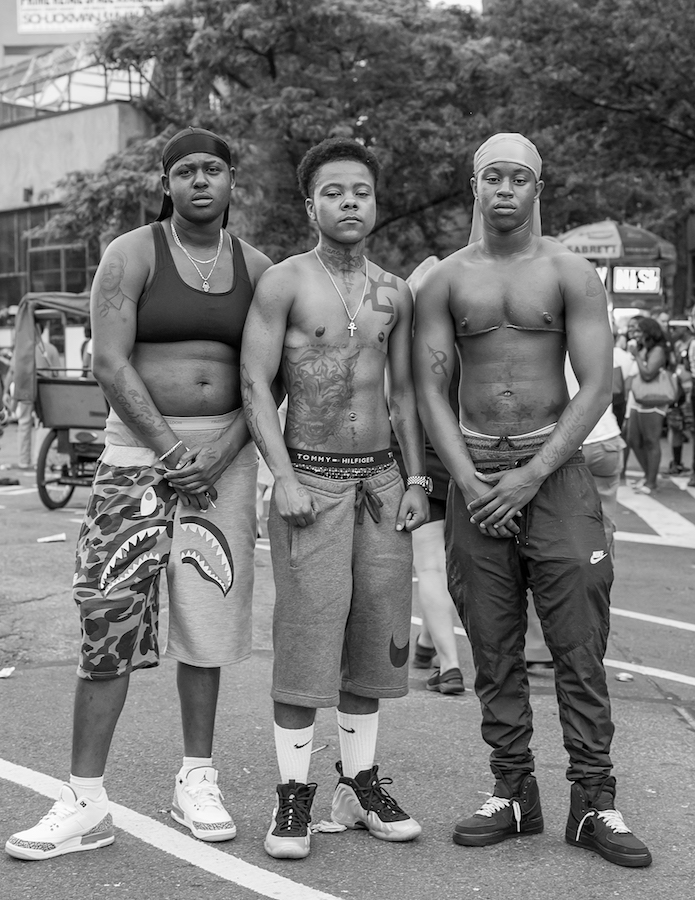 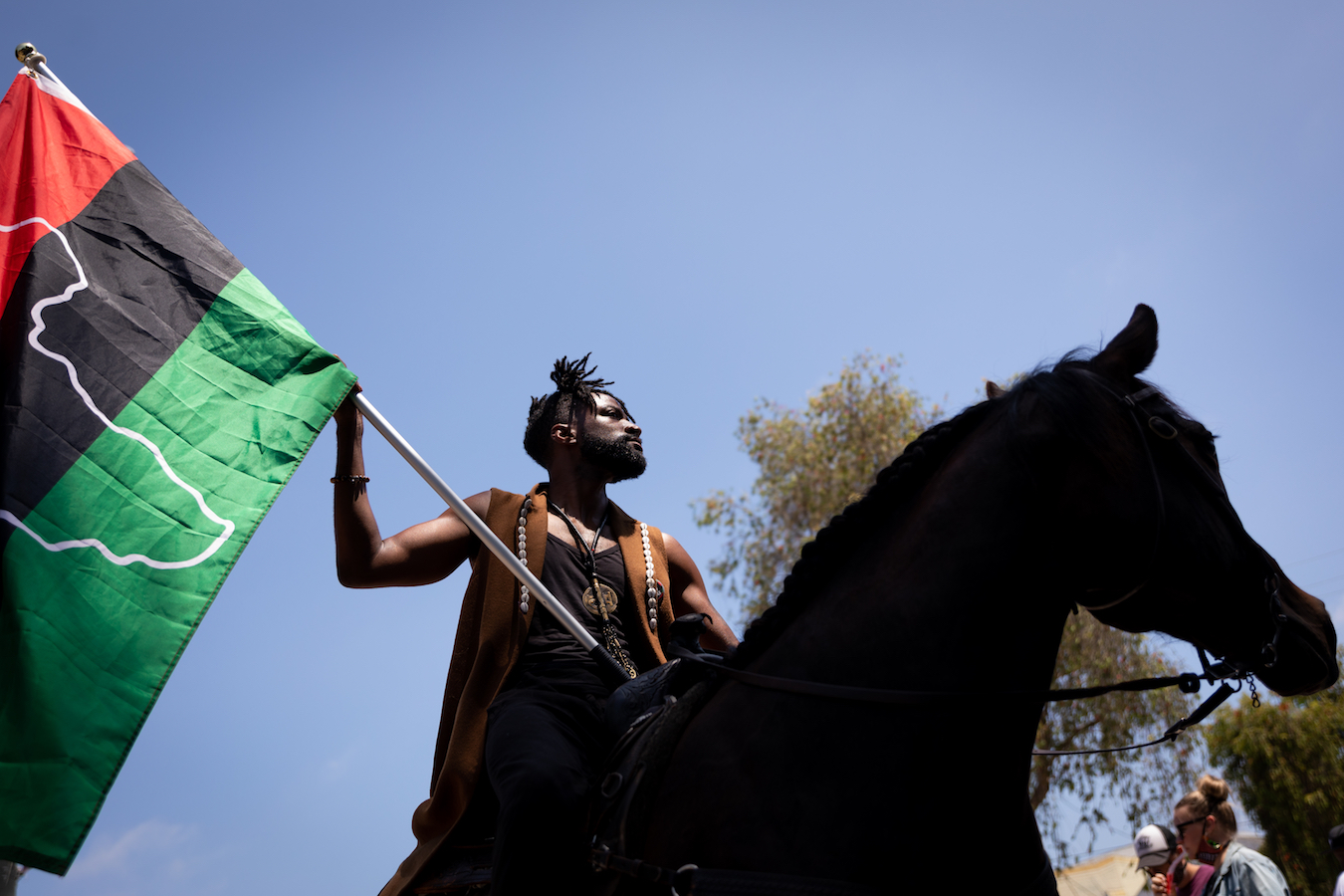 A man on horseback carried the Pan-African flag (also known as the Black liberation flag) during a 2020 Juneteenth celebration in Los Angeles. Photo by Tara Pixley

For the exhibition title, Pixley drew inspiration from the words of author and activist bell hooks, who reminds us that at the base of true change is a paradigm shift.

This ethos can be seen throughout the images on view, perhaps most poignantly in Vanessa Charlot’s photograph of a non-binary person playing the flute in front of the Ferguson Police Department during a policy brutality protest on 26 September, 2020, in Ferguson, Missouri. 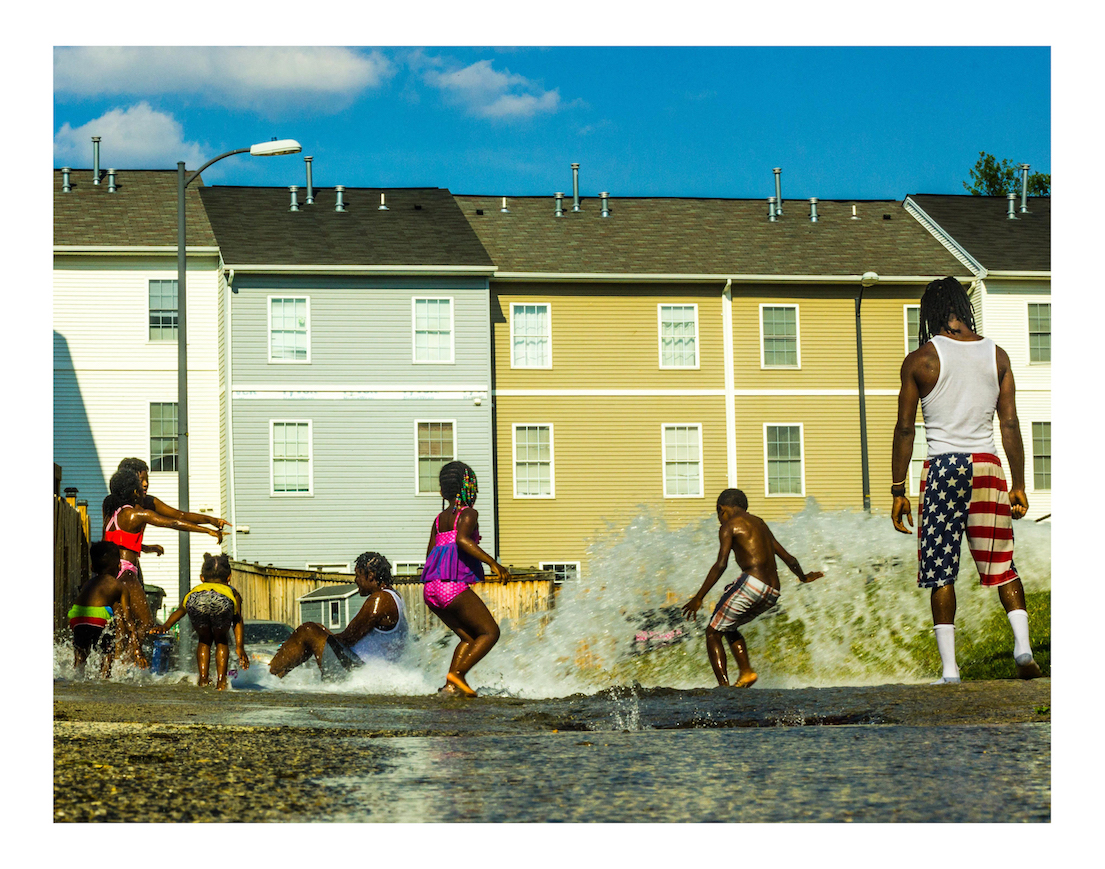 Southeast Washington D.C., community residents cool off by playing in the water hydrant – a traditional summertime activity in many Black urban neighbourhoods. Photo by Dee Dwyer 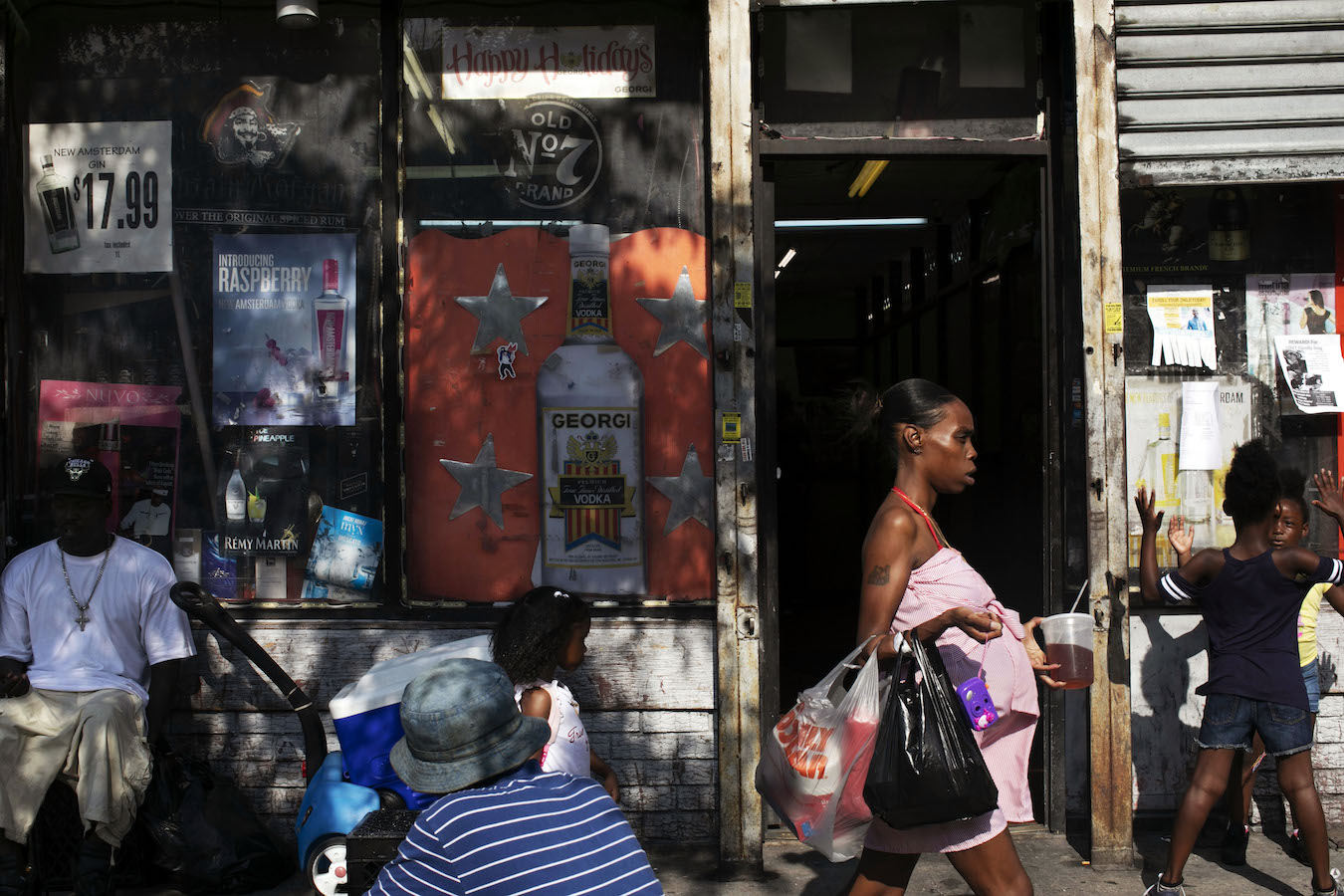 Shimika Sanchez, 33, trailed by her daughter Bella Sanchez, 4, walks toward an L-Train station on Friday, Aug. 17, 2018. Photo by Gabriella Angotti-Jones

“So much of the imagery we saw around racial justice protest in 2020 as codified around violence, looting, clashes with the police, and fires. Of course those things are happening but that are happening far less than other things – and Vanessa’s image shows us that there are many different ways to show up to a protest,” says Pixley.

“This is a beautiful statement about how protest is personal, and it’s also showcasing different way of being Black in the world – of being nonbinary. They are having lived experiences that are beyond what we typically see in the news media and showing up in a way that is different from what we are encouraged to understand as what a protester looks like.”

And that difference is at the heart of Rebel Vision. Pixley weaves together what she describes as “little visual notes creating a fabric of Black existence,” to create a kaleidoscopic tapestry of the intimate and majestic moments of life. 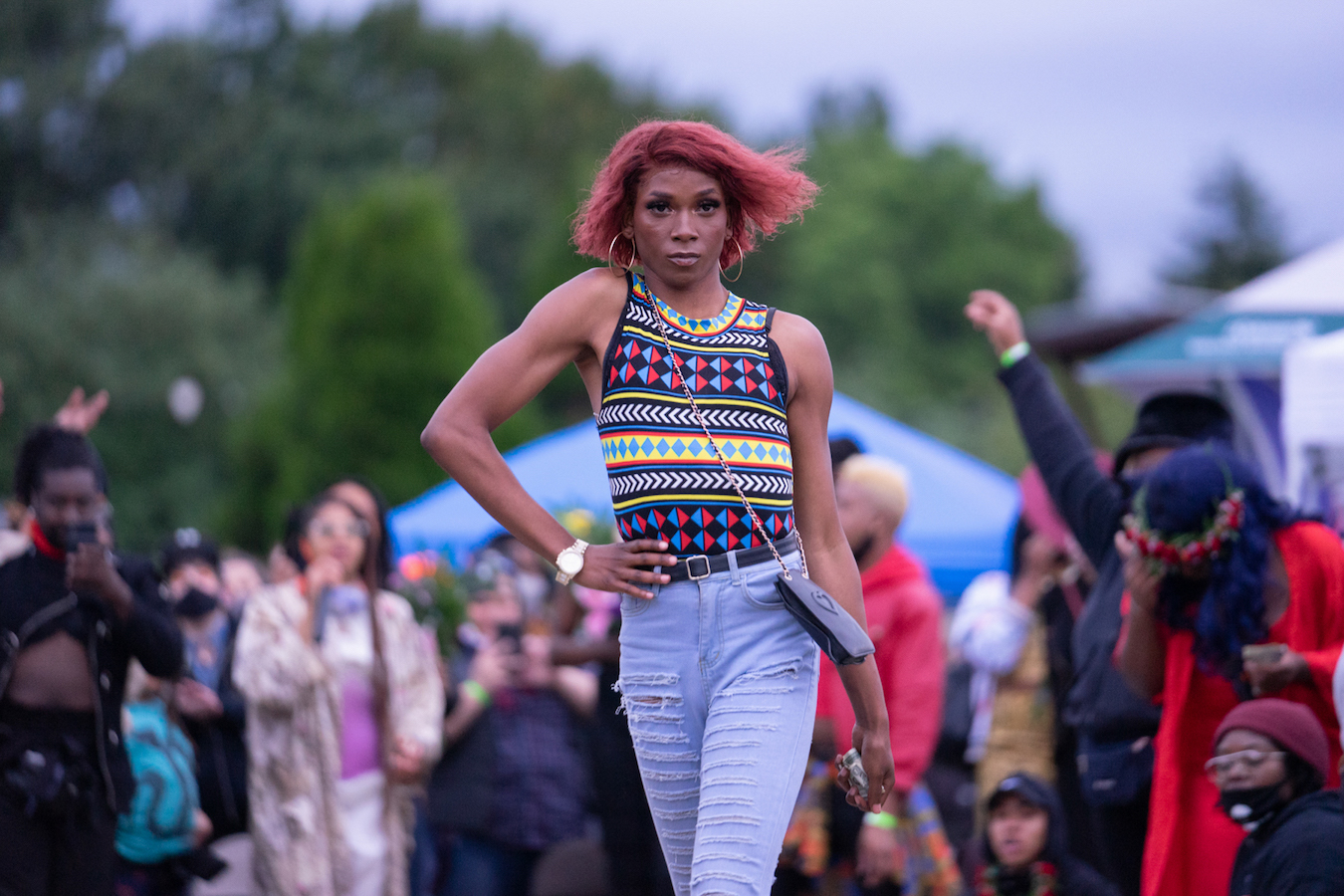 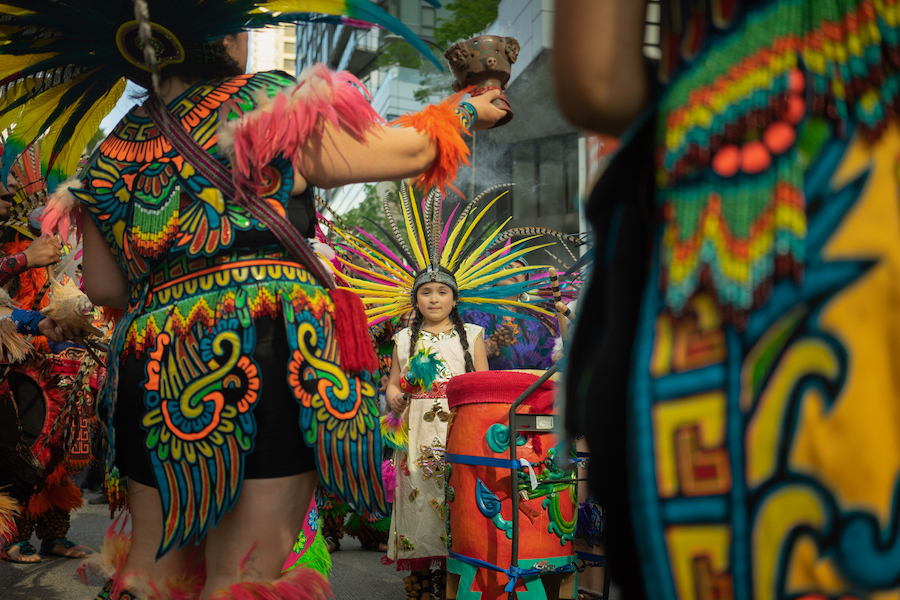 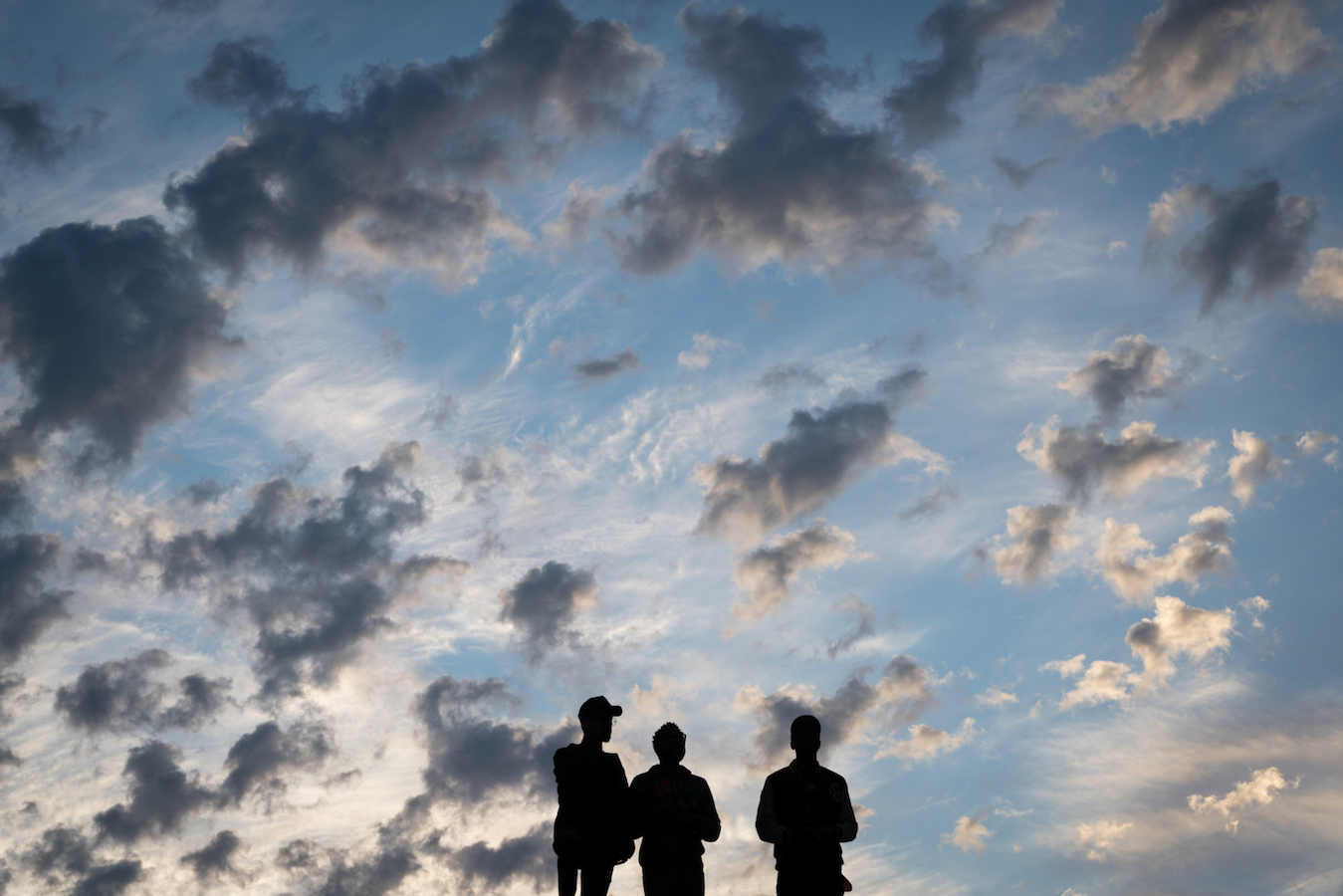 A group watches a demonstration of more than 5,000 people gathered to honour the life of George Floyd in Oakland, Calif., on May 29, 2020. Photo by Sarahbeth Maney 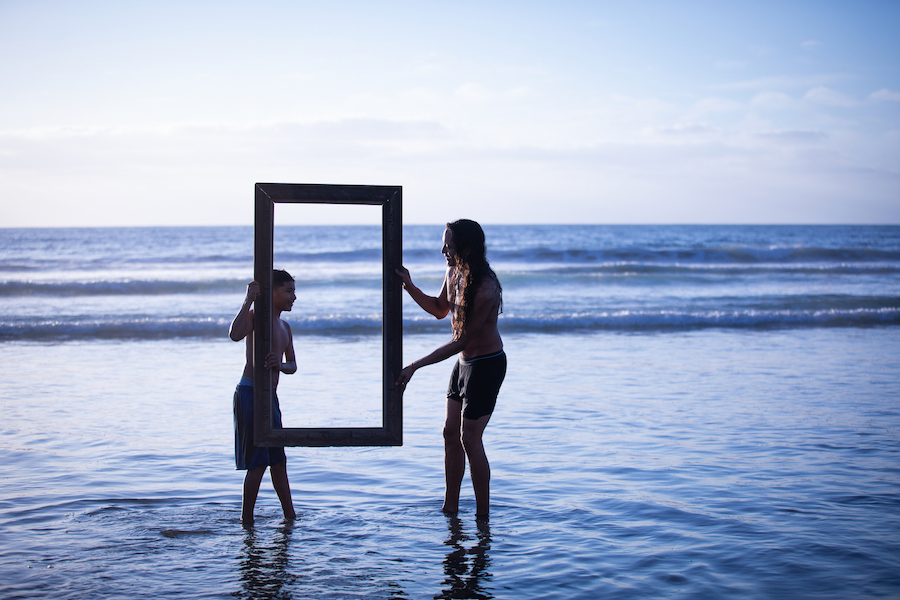 Residents of Casa de Luz, a Tijuana migrant shelter for LGBTQ+ refugees, carried frames down to the beach to use as photo props, December 2020. Photo by Tara Pixley

Rebel Vision is on view at Photoville, Brooklyn, through December 2021.

Linkedin
RELATED ARTICLES
OTHER ARTICLES
A new project is documenting formerly incarcerated people as they transition back into civilian life.
Birdy Chu reflects on documenting the historic moment in which the territory was formally passed back from the UK to China.
Ahead of the release of their first collaborative album, the producer and rapper talk psychedelics and the state of UK hip hop.
As the Scottish government announces a rent freeze, an activist with Living Rent who fought and won shares how they did it, and what must come next.
The idea that a younger generation is abandoning work has become a popular narrative online, but it doesn’t necessarily reflect reality.
Rhiannon Adam spent three months capturing an ageing society wracked by division, isolation, and the aftermath of scandal.