Art & Culture / The Revolution Will Be Televised is back 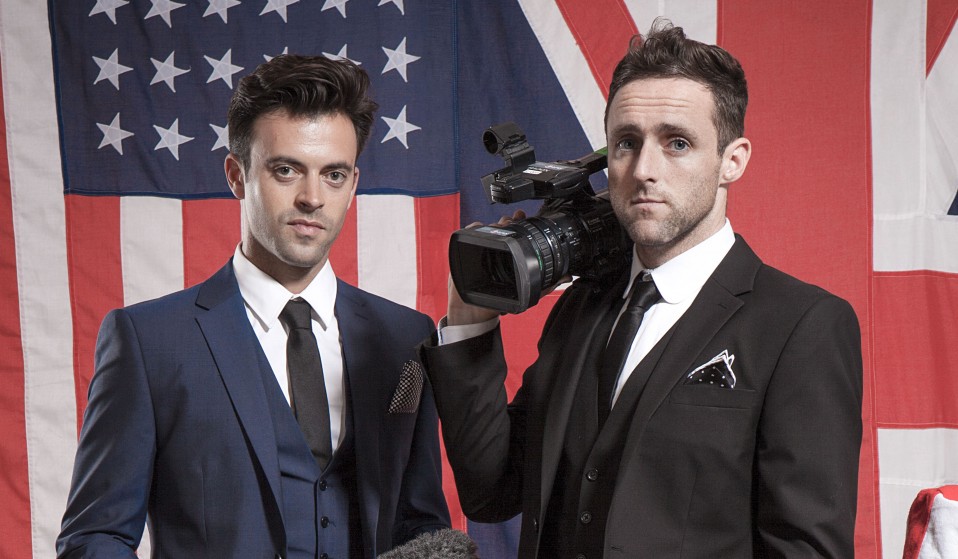 Comedian Heydon Prowse talks about the stings and stunts in the new series of The Revolution Will Be Televised.

Comedian Heydon Prowse talks about the stings and stunts in the new series of The Revolution Will Be Televised.

For political pranksters Heydon Prowse and Jolyon Rubinstein, comedy is a powerful tool to expose the corruption, hypocrisy and greed that infects our society.

Their stunts in The Revolution Will Be Televised see them running rings around the army of PRs, press officers and security who exist to protect companies and politicians.

In the new series, TRWBT heads across the pond to take their unique brand of ambush-satire to Bill Clinton, Sarah Palin and in the Deep South.

Were there any stunts in the new series which made you think: ‘There’s absolutely no way this is going to work?’
Getting Bill Clinton was pretty hard. We had to go through about four press people and plenty of Secret Service. Also, getting into the George Bush library where he has his exhibition to put up a fake picture of him as a crusader. The gallery’s security guards and even the US police were sniffing around, but we still managed to get the picture up on the wall.

How do you decide who to target?
We read the newspapers and get really angry. The things we get most angry about we put on a big flow chart. Then we work out which ones we do something funny on. Then we ask the BBC and they tell us what we’re allowed to do!

How do you hope The Revolution Will Be Televised will have an impact?
We hope it will engage people with politics and the pressing issues the world faces, but we also hope it entertains. I think people are angry, but they also feel powerless. Hopefully our show feels empowering. We want people to go out and protest and get involved and change things for the better.

Catch the news series of The Revolution Will Be Televised, Tuesdays on BBC Three or on iPlayer.

Linkedin
OTHER ARTICLES
A series of photos by the late Jerry Dantzic taken in 1957 show a tender side to the iconic Jazz musician.
With the virus now a global health emergency, we must take steps to fight misinformation and demand a swift UK-wide vaccine roll out, writes Phil Samba.
Photojournalist Fiora Garenzi spoke with people still living in Eastern Ukraine, an area which seen some of the heaviest fighting since the war began.
Last week, Tower Hamlets council removed its nudity-restricting licensing conditions in a huge win for London’s kink community.
A new series of photos by Johny Pitts shines a light on communities and subcultures that have all too often been overlooked.
Following the release of his latest album, the rapper talks about finding a new approach to songwriting, attitudes to poverty, and why his music is more than a political statement.