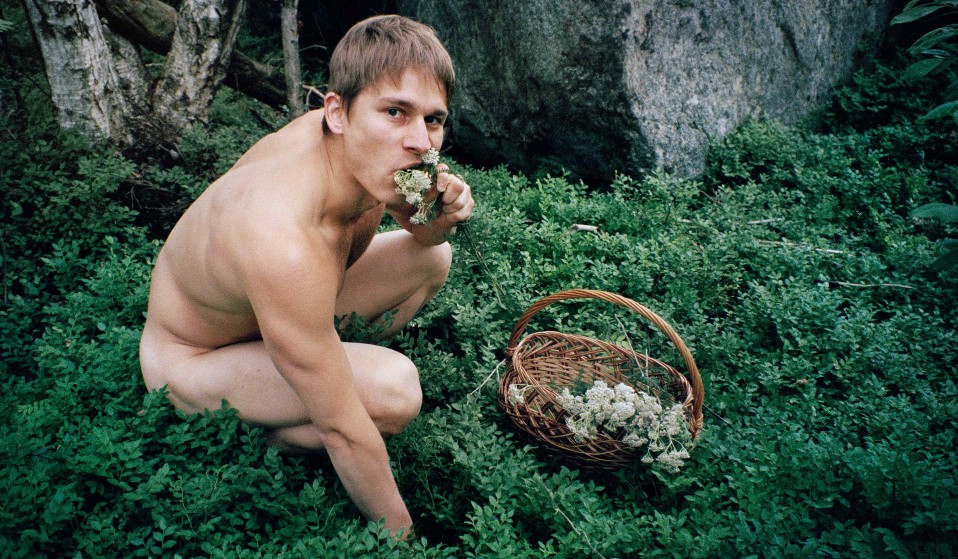 Huck heads to Finland to explore its greener verge, where a new generation of foragers are making the urban wilderness their home.

Huck heads to Finland to explore its greener verge, where a new generation of foragers are making the urban wilderness their home.

Heikki Ruusunen is searching through a compost heap. He picks up fat snails and places them in his bucket, ready to be taken to Jouni Toivanen, a Michelin chef. It’s top chefs like Jouni that have triggered the wild food trend, going after denser, locally sourced flavours. And Heikki, a self-made hunter-gatherer who forages for a living, is supplying what they demand.

We’re in Helsinki, Finland’s largest city. Just a stone’s throw from the centre, there are garden allotments by the glistening sea. In the background, a picturesque neighbourhood of wooden houses rises steeply on a hill. Narrow paths run by the water, some of them disappearing to lush woods. 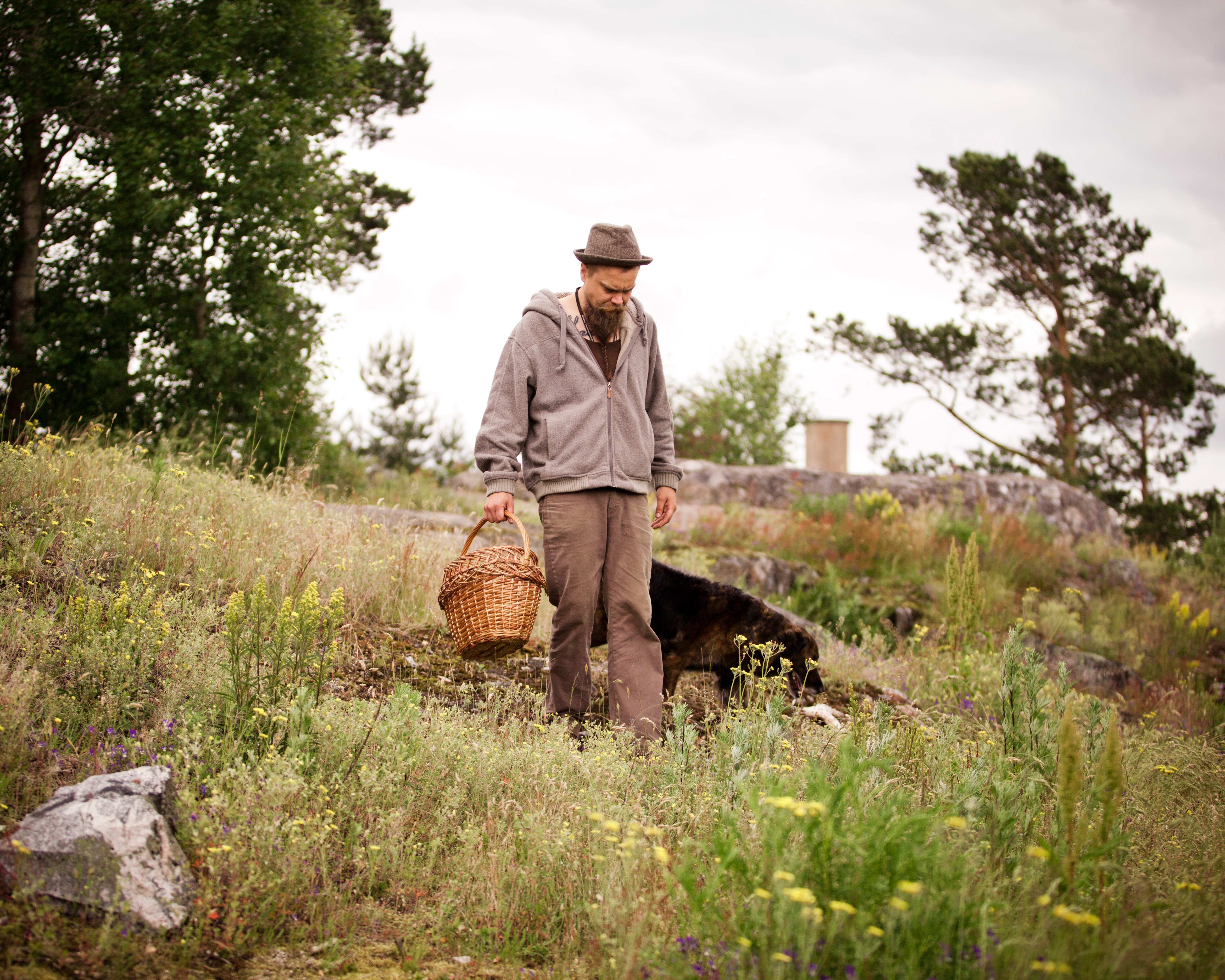 “Someone’s trash is another one’s treasure,” says Heikki, inspecting the roots of dandelion he just found. The plant that most gardeners consider a plague has medicinal qualities, lowering blood pressure and acting as a diuretic. And the vegetable-devouring snails – vermin to gardeners – are a delicacy to his clients.

As one of Finland’s leading foraging professionals, Heikki picks, ferments and dries wild herbs, berries, roots, lichens, mushrooms and insects. Alongside his foraging work – for restaurants and private clients – he produces videos and stories about the benefits of wild food to finance his independent lifestyle. He also takes people on educational wild walks.

One of his close friends and business partners is Pessi Peura, a personal trainer and life coach. Together, they have created an online Paleo cooking course – one of many ways that they’re trying to remind Finns that they can access nature anywhere, even in the urban sprawl.

“People look at nature in a whole new light when they feel the difference in their bodies after spending time in nature and tasting wild food,” says Heikki. 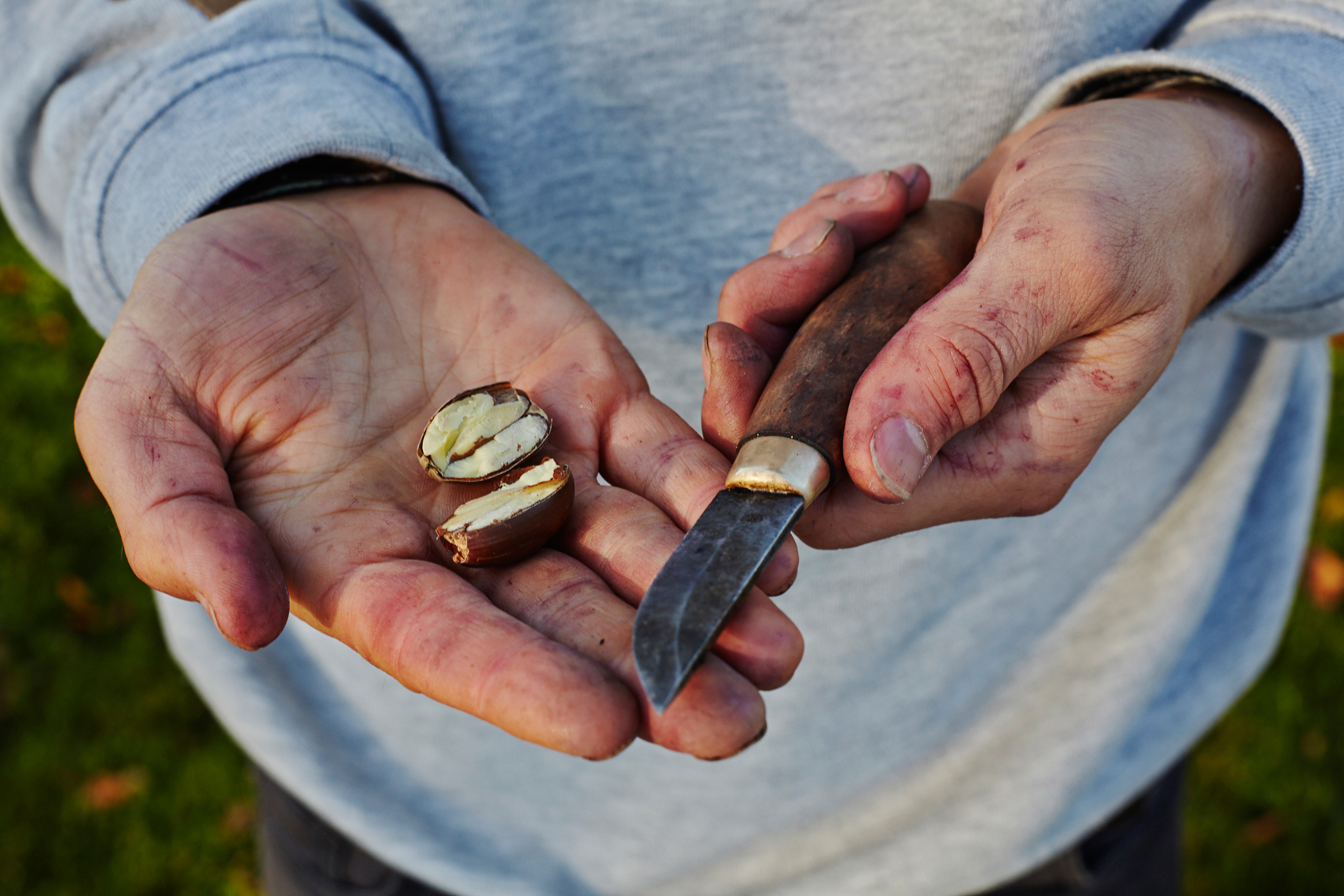 There’s a heated discussion going on in Finland, where national nutrition recommendations have a long tradition. As more people question what they’re being fed, foraging is emerging as part of a larger food trend, both here and elsewhere in the west, with many turning to plant-based diets, organic local produce, and growing their own food within city limits.

But this change isn’t music to everyone’s ears. Doctors and researchers representing the status quo have aired their frustrations, worried that simplified guesswork as to what constitutes healthy food is overtaking scientific fact. But we all know food is about politics and business, too. As health food manufacturers smell the cash, more parties are emerging with an interest in wild food.

“Most health foods and medicines are free,” says Heikki. “The use of whole-herbs medicine has been systematically pushed down, because they cannot be patented, meaning the pharmaceutical companies aren’t able to profit from them as such.”

A single plant may have several effective components, says Heikki, but he’s all about nutrition not magic potions. “No one wild food is a silver bullet to any health condition,” adds Heikki, who boasts doctors and nurses among his clients. His real mission, he says, is to help people take responsibility for their own lives – to be more self-sufficient – and appreciate what lies on their doorstep.

“Every year more than ninety-five per cent of the berry and mushroom crops rot in the forests. Herbs are harvested in even smaller proportions. The level of knowledge and usage of wild food is disappointingly low.” 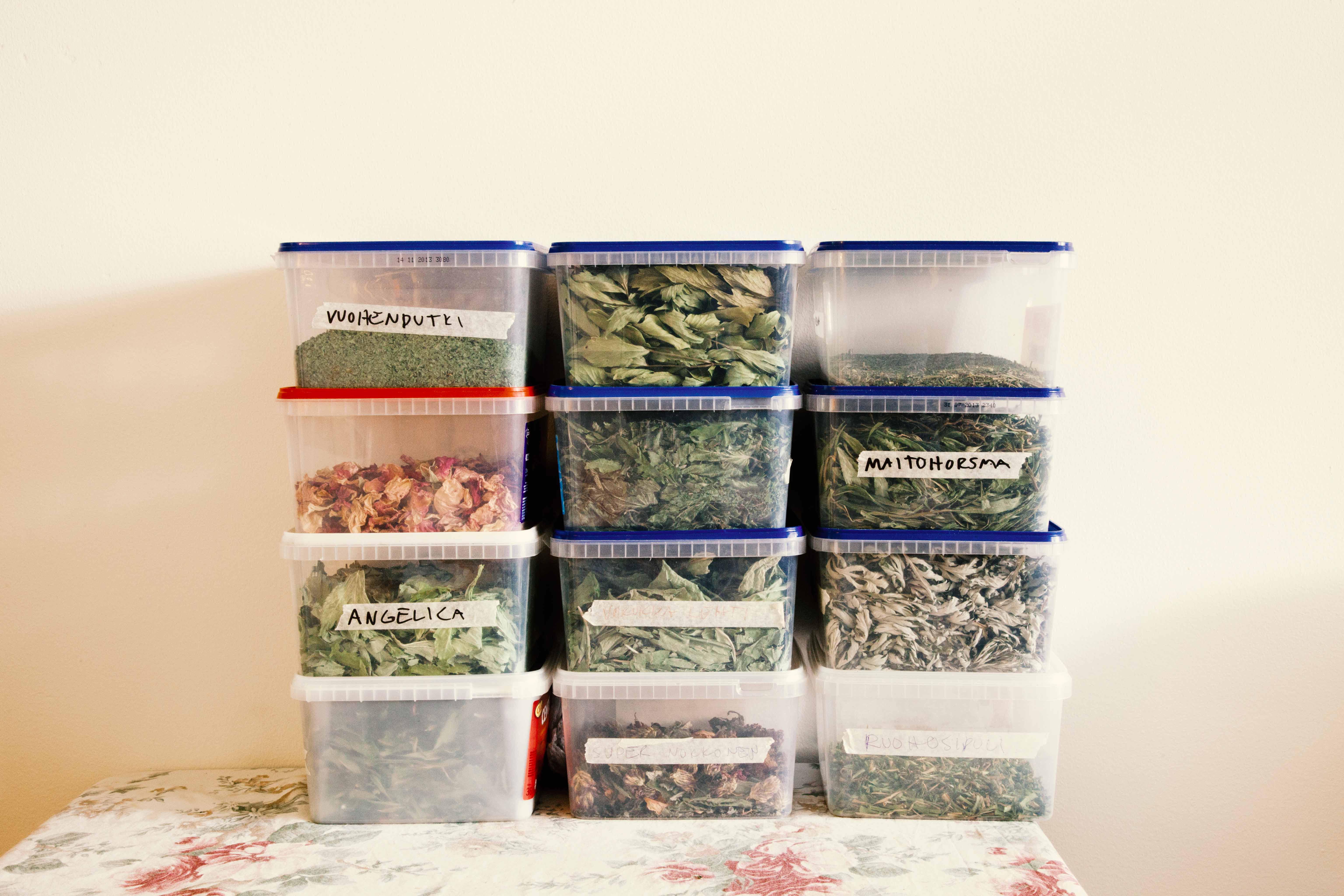 Thanks to Finland’s everyman’s right, people are free to explore public and privately owned land as they please. Urban nature is Heikki’s home, office and sanctuary – but he’s quick to point out he’s no luddite.

He sits on the computer a lot – usually outdoors – writing about his learnings, and learning from other writers. There’s Jared Diamond, “America’s best geographer”, who writes about human evolution and why societies collapse; Tim Ferriss, who came up with the idea of the four-hour work-week as an antidote to our workaholic lifestyle; and life coach Anthony Robbins, who teaches “the art of fulfilment”.

And Heikki is incredibly knowledgeable himself, especially when it comes to nutrition. “During our two-million-year-long evolution, humans have only eaten agricultural products such as milk and cereal for less than 10,000 years. Our genetic heritage makes it easier to digest and benefit from wild food,” he says.

Heikki brings to mind a sort of digital Huckleberry Finn; a modern vagabond. In his rucksack he carries a computer, camera, knife and illustrated plant encyclopedia. He just gave up his rental flat for the summer months – dropping in on friends to wash, cook and do laundry, and sleeping outside in the woodlands when weather allows. And yet, he still finds it absurd when people say he’s ‘going back to nature.’ Where others see nature as a separate space, in Heikki’s world it isn’t.

“As a species, we’re free by nature,” he says. “Going from hunting and gathering to farming is a fairly recent thing in humankind’s history. And people haven’t adapted to this change. We aren’t happy or healthy. At least I wasn’t.” 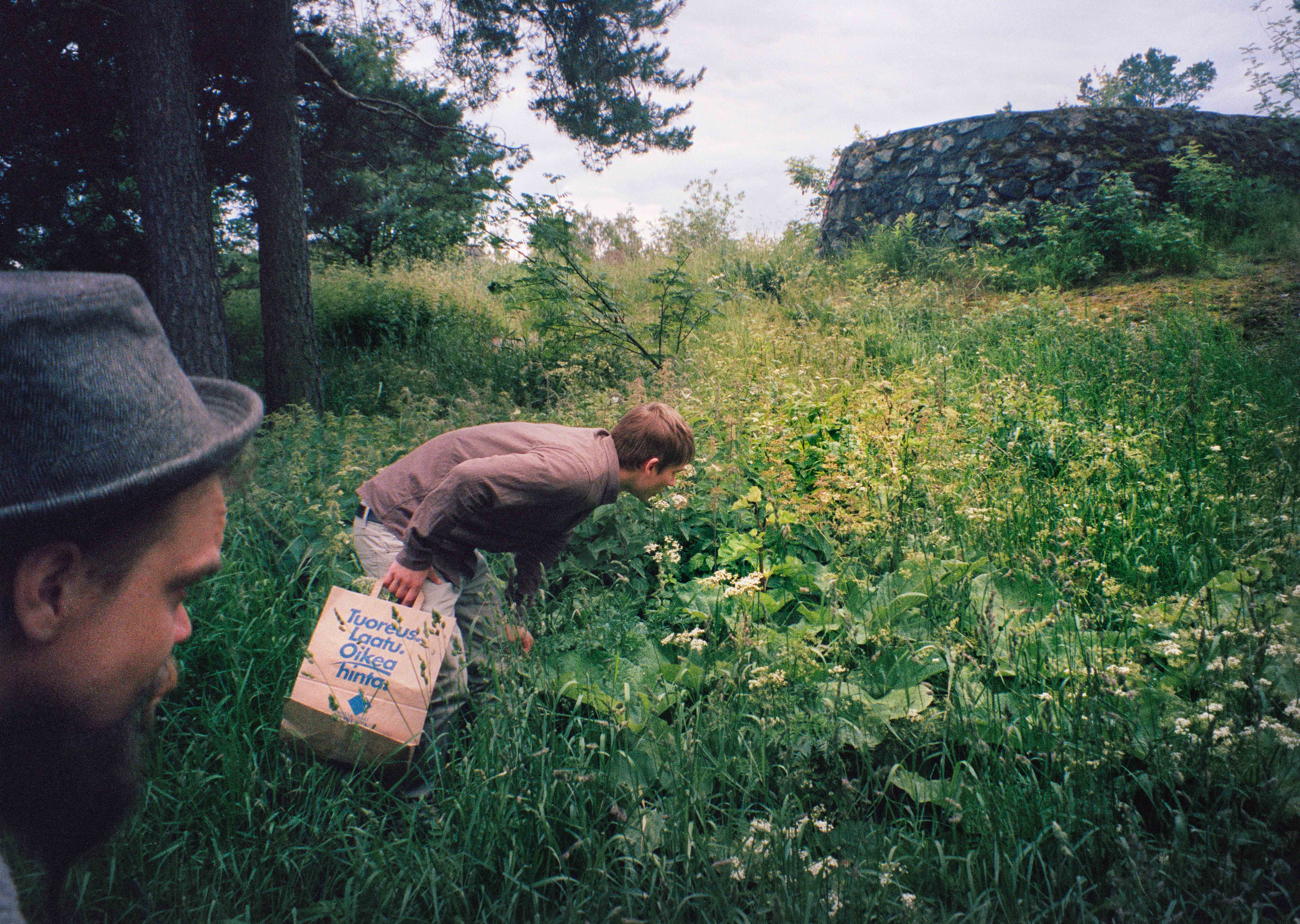 Heikki’s path to professional foraging was partly born through a personal tragedy. His mother was diagnosed with Alzheimer’s at a young age. After listening to his mother voice her regrets, from working too much to not following her dreams, Heikki decided to quit his nine-to-five job in a customer service centre to concentrate on what he loves most: learning about and spending time in nature.

He became an entrepreneur, he says, to buy freedom with his foraging expertise. But it hasn’t been without hard work. In the summer, when the Scandinavian midnight sun makes everything grow and wither fast, Heikki’s days can stretch up to sixteen hours. “During winter time, I can relax a bit more. It would be ideal to write maybe one book a year. And spend as much time in nature as possible.”

Heikki admits his lifestyle is made easier by not being “married to a mortgage”. He comes and goes as he pleases and keeps possessions to the bare minimum. Everywhere he wanders, he’s followed by a dog (whose name Äpärä, meaning ‘bastard’, is inspired by the dog’s unknown origins). When people ask whether Äpärä is his, Heikki always says no. “In several native people’s languages, there is no such thing as the genitive case,” says Heikki, about nouns that denote possession. 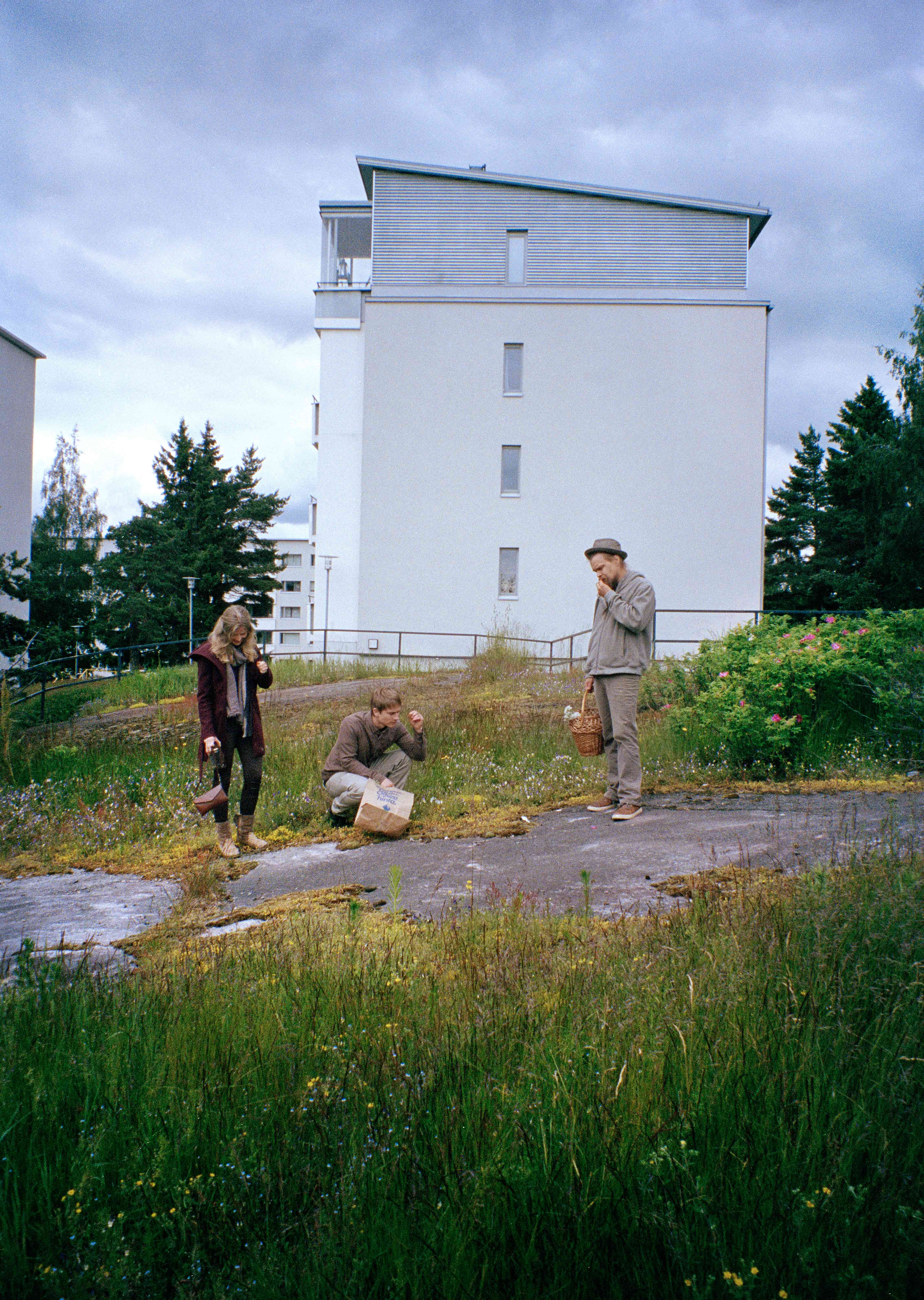 But rewilding isn’t just about swapping homes for hammocks. Pessi lives with his girlfriend and her six-year-old son in a flat in central Helsinki.

“Children are good teachers in connecting with nature,” says Pessi, who goes on foraging missions with his young family in tow. It’s important that kids know what to pick, he says, as the list of poisonous or otherwise inedible wild plants is long.

Like Heikki, wild food is only one element of Pessi’s rewilding lifestyle. He’s a huge proponent of ‘natural movement fitness’ – a trend billed by many as “the workout the world forgot” that swaps stuffy gyms for the great outdoors. For Pessi, nature is one large playground. He organises natural movement camps for his clients, using logs, stones and urban environments as ‘equipment’. He points to a large iron drying rack and starts swinging off it like a monkey.

“We are primates, after all, so hanging using our arms is natural to us,” says Pessi, jumping down with a smile. “Our ability to move around in nature also dictates our ability to get through in other situations.”

Before Pessi found his way back to nature, he suffered from backaches and seasonal affective disorder. Swimming in natural waters (with its metabolism- and blood-flow-boosting effects), walking barefoot and eating wild food is not only about staying healthy; for Pessi, it’s about survival. He describes his attitude towards the future of the world as “constructively paranoid”. And one of his great inspirations is Daniel Vitalis, writer and broadcaster who has popularised the concept of rewilding. “Due to human behaviour, diversity of nature is significantly decreasing,” says Pessi. “Western abundance as we know it may become replaced with lack of resources.” 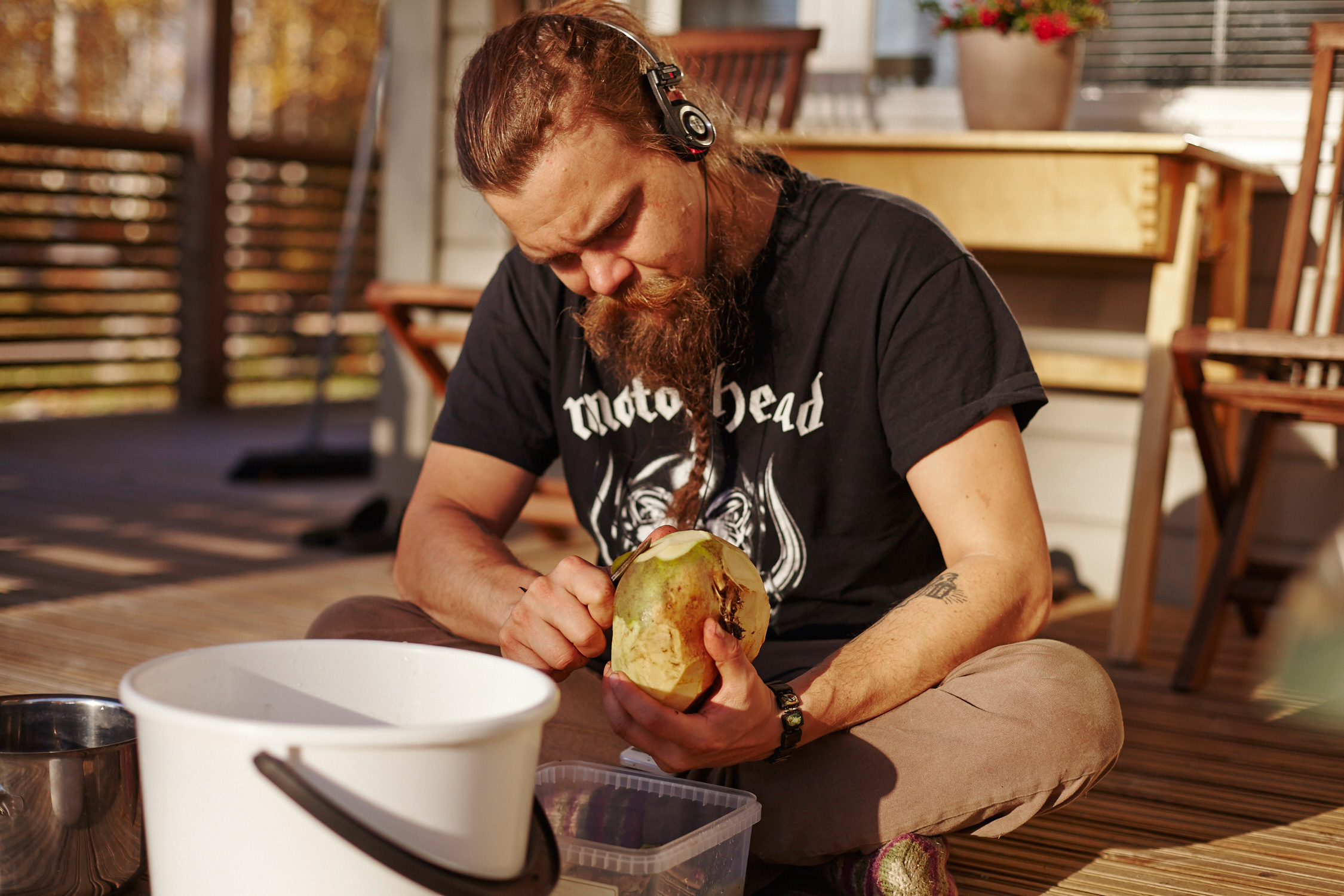 For Heikki, the greatest threat to our planet is consumerism. Or, as he puts it, “manufacturing, marketing and selling shit nobody really needs. Finnish children are able to identify a lot more corporate logos than common natural plants. I feel we have been fed too many prefabricated alternatives when we were kids,” he says, kneeling down to pick and chew bilberry leaves. “But change can spring up from crises. [Since the financial crisis] people vote less and grow their own food more.”

Heikki turns his attention back to his bucket of sluggy critters. Before the snails end up in a pan with white wine, they will have to go through a process of tough love. First, their bowels need to be emptied – a waiting game, that includes feeding the snails vegetables like carrots. Then they’ll be rinsed in water to keep them moist, for anything from two days to two weeks. After that they’ll be boiled and laid on a bed of salt before hitting the chef’s hot pan.

As our walk together comes to an end, and Heikki and Pessi turn to head deeper into the woods, I can’t help but wonder: what would they do if they couldn’t access free land? “I have no idea. I don’t even want to think of such an alternative,” says Heikki, disappearing behind a shrub.

Linkedin
RELATED ARTICLES
OTHER ARTICLES
He makes wild contraptions out of wood that are the stuff of surfing lore. But for artist Jay Nelson, adventures only really kick off when things begin to go wrong.
Huck's annual celebration of visual storytelling returns with photo stories that help us connect.
In our first story from The Commuter Journal – a cycling paper made by Huck and Levi’s® Commuter™ – we explore the booming bike revolution in Cuba, a country in the throes of change.
Catching up with our favourite and most inspiring vanlifers, including artist Jay Nelson, photographer Foster Huntington, surfer Rob Machado and filmmaker Cyrus Sutton.
Huge public pressure has forced European governments to respond to the global refugee crisis. But for the three thousand people living in deplorable conditions in The Jungle, relief is a long way off.
The Adventure Issue takes Huck’s search for an indie culture manifesto into uncharted territory.