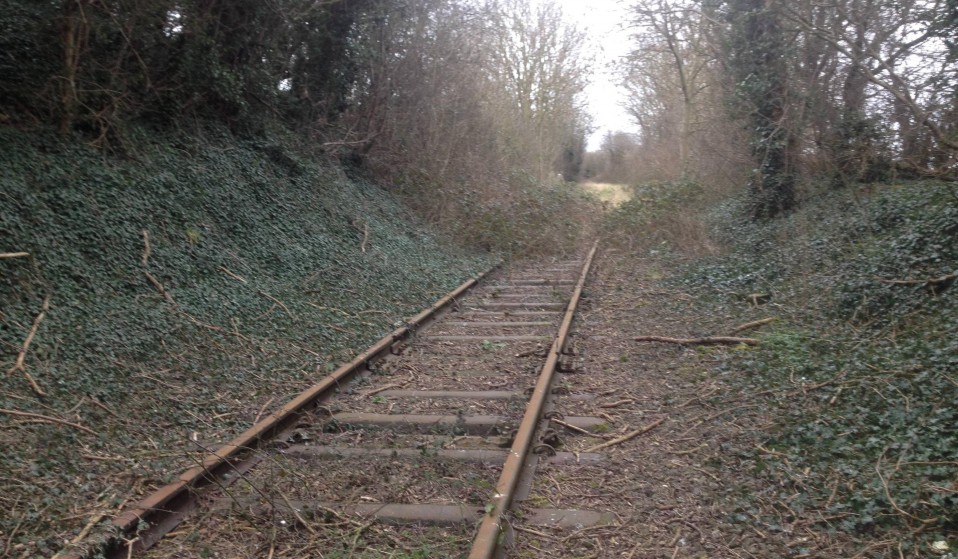 In a quiet corner of the self-styled ‘front page of the internet’, sits a small gathering of 3,488 Redditors who share and discuss abandoned photos of railroad tracks. Here users revere the abandoned; the discontinued; the desolate, using the internet to ensure they’re never alone.

If you’ve ever looked at an old photograph and seen a building or location that no longer exists, that’s been replaced, you’ll know how potent nostalgia for the past can be. Old beachfront arcades from holiday polaroids; the estate you grew up on; fields that your parents walked through as children now rendered in rows of Brutalist flats, these old locations have the power to remind us that our past really did happen. That we didn’t imagine it.

Nostalgia can be an addictive drug, and no one knows that better than the aspiring photographers, students, and mechanical engineers that make up the small but active community of /r/RustyRails on Reddit.

On the surface, there’s nothing inherently exciting about an album full of abandoned train tracks, rusting roundhouses, and stations left to the moss and vines. If you were to happen upon this humble community at random, much like I did two years ago, you’d be hard-pressed to find a reason to stay. But once you start looking through the photos, and reading the sparse yet insightful comments left by those who frequent the site, something else emerges from these compelling images.

The subject matter isn’t wholly relevant, it’s what they represent that speaks the loudest.

Scrolling through, it’s impossible not to feel attuned to the lives that previously rode the rails through the woods, where you can stand now on the skeletal remains of a former route. Nor can we deny the fact that these ruined spectres of infrastructure are a sobering reminder that everything ends up back in the soil. The nostalgia we feel when we see them up close, even in photographs, is the last vestige of their past made present. It has an immortalising power. But why come together to share these memories online?

“The images connote to me the feeling that things never really last forever,” Jon tells me, a contributor to /r/RustyRails who goes by the username ‘jonohigh1’. 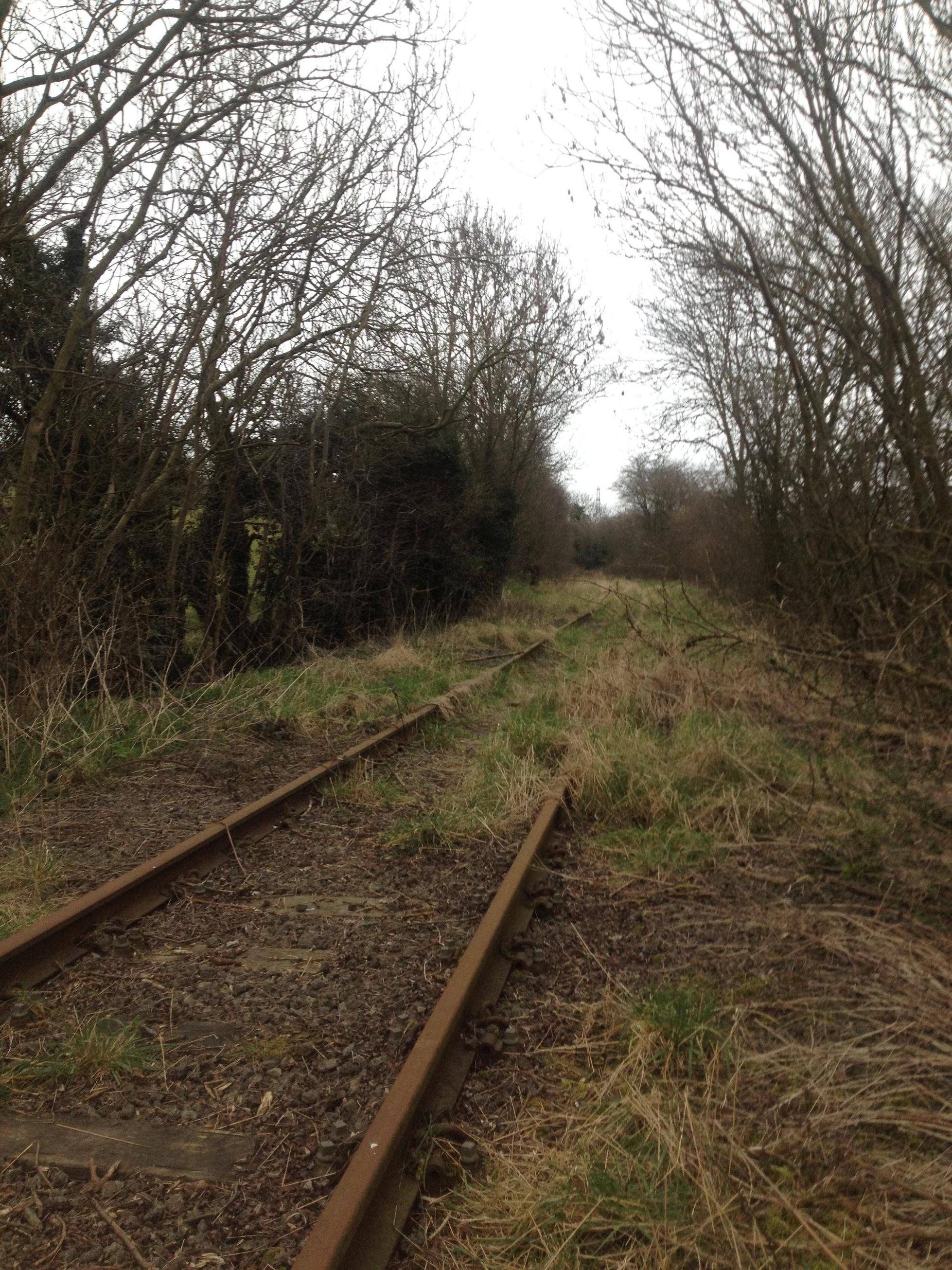 Growing up around Scunthorpe, England, Jon has been surrounded by industrial scrubland most of his life, and an affinity for the abandoned has been with him since childhood. In fact, Jon’s own passion for the past has found its home outside of Reddit too. “I spend a lot of my free time watching informative YouTube videos about science and history, and I’ve been inspired by the likes of Tom Scott, Jay Foreman, and other videomakers, to make my own.”

Jon explores other past relics in his videos, from the Humber Sea Forts to historic cathedrals, constantly pursuing the same sense of identity afforded by images of the past. Jon’s immortalisation of history through his videos parallels the way users found on /r/RustyRails approach their work, each crafting their own shrines to the past with every submitted photograph.

Reddit’s unique site design allows for what Jon describes as ‘niche, small communities’ to exist and share in a collective social experience, and /r/RustyRails is, perhaps unknowingly, an exemplary illustration of the internet’s power to connect.

Samuel Thomas, another frequenter of the site, is testament to the magnetic power of these small communities, having found a home on /r/RustyRails despite only being a user of Reddit for a couple of months.

“What I love is the randomness and carefree feeling of sitting in a Berliner U-Bahn,” he says, “looking at four people sitting next to each other, each one completely different.”

When we discover an old junction in a leafy grove, sunlight dappling the former footprints of commuters, lovers, and friends, do we feel that quiet sense of awe because we feel what Sam describes? We live in a world where our lives are more connected than ever, and a rail route map seems a crude analogy to our complex, plugged-in lives. When Sam watches the world go by him on the aisles of trains, he feels a connection that social media cannot give us. A connection to lives both past and present, living and dead.

“The thrill and beauty of the rails running through the trees into what seemed like infinity really amazed me”, Sam says, remembering the first ever abandoned S-Bahn site he came across. Finding /r/RustyRails was, to Sam and other users, like taking a seat next to those same four people on the U-Bahn and finding that perhaps they weren’t so different after all.

It was a reminder that hobbies are only as intriguing as those pioneering them, and that forming relationships with other enthusiasts is a life-affirming gift.

The subreddit’s only moderator, Eric Paterno, is the pivot around which this unorthodox community operates. He is the firewall against outsiders, ensuring /r/RustyRails is always a space for people to gather and revel in photos of abandoned tracks. He tells me that when he himself goes out to former routes, he allows his imagination to repurpose the past.

An unreliable past it may be, but to Eric it’s as real as the ground beneath his feet. “Picturing back fifty years ago, when the weeds were cleared, the trees trimmed back, the rails shiny with use, empty boxcars backed up […] I find my active imagination provides a delightful contrast to the desolation in the present.”

What Eric highlights here are they many ways by which we reimagine and relive the past when we ourselves look at an old photograph, whether we were present or not. The past we see in that tiny frame or shot is coloured in, redrawn, and remapped in our minds according to everything that has happened since. For the users of /r/RustyRails, the rail tracks themselves are only half the mystery. The other half comes from their own imaginative rendering of times gone by, collaging together fiction and fact to give stories to seemingly forgotten objects.

Theirs is a community that is far more than niche interests and aesthetically bleak photographs. It’s a small but powerful commentary on our constant reimagining of the past, a celebration of our nostalgia for that which will never come again, and a beautiful example of the power of the internet to give life to our history, and cherished communities in the here and now.

Linkedin
RELATED ARTICLES
OTHER ARTICLES
In the latest instalment of Photographers in Conversation, the creator talks portraiture, platforms and taking inspiration from Little Simz.
A sharp increase in officers armed with the electrical weapon is resulting in serious injuries and deaths.
With the UK now set to run out of vaccines, people working in the sex industry – particularly outside of major cities – have been left especially vulnerable, reports Brit Dawson.
The government’s brutal crackdown on NGOs has left victims of rape without anywhere to seek help. And now, as the country plays a key role is Russia’s war, things are only getting worse.
After rewriting the indie rulebook with her devastating songs about romantic longing, the singer-songwriter is now imagining a future in which the artist is no longer a product.
Photographer Bud Glick recounts documenting everyday life in the area, and what it taught him about the Chinese immigrant experience.