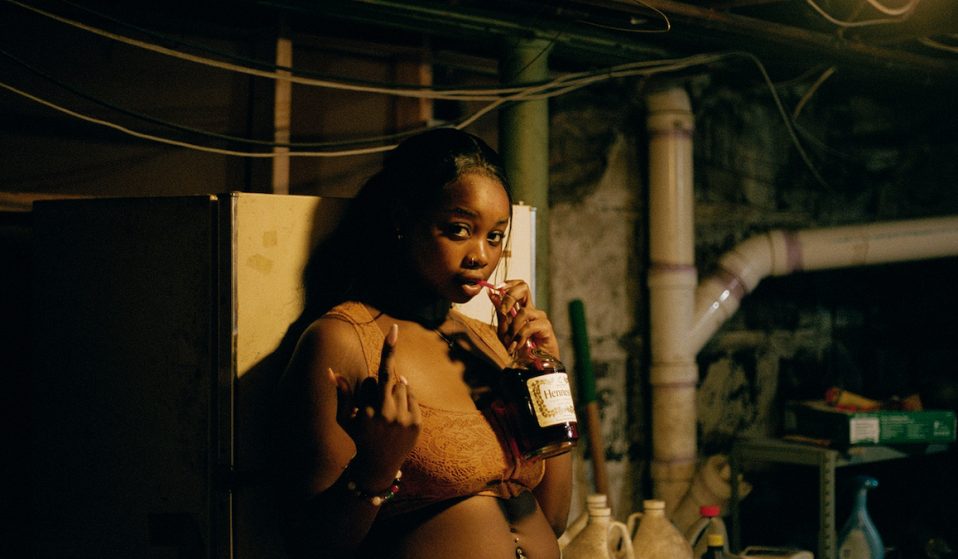 The photographer discusses making images that go beyond the limits of race, gender, and other markers of identity.

The photographer discusses making images that go beyond the limits of race, gender, and other markers of identity.

Growing up in West Orange, New Jersey, Saint Samuel remembers stumbling across a big camcorder in the attic of his family home. “I felt like I saw an alien or a ghost; like it was something I wasn’t supposed to see. I would go upstairs every week and just stare at it. I didn’t touch it,” says the 18-year-old Howard University student.

Fortunately, that feeling passed. Saint Samuel began taking it around to friends’ parties and immediately noticed a change in their demeanor. “People would be so excited to be on camera, they would light up and smile. Everybody’s guard went down when the camera came around,” he says. “That made me realise that I could do that for myself through photography.”

A singer by training, Saint Samuel decided to pursue his passion for photography on his own for the singular purpose of self-discovery. “I started taking pictures at a time where I needed it. I learned who I wanted to be as a young man. I had to do a lot of shadow work, look inside myself, and figure out who I was and what had happened in my life,” he says. 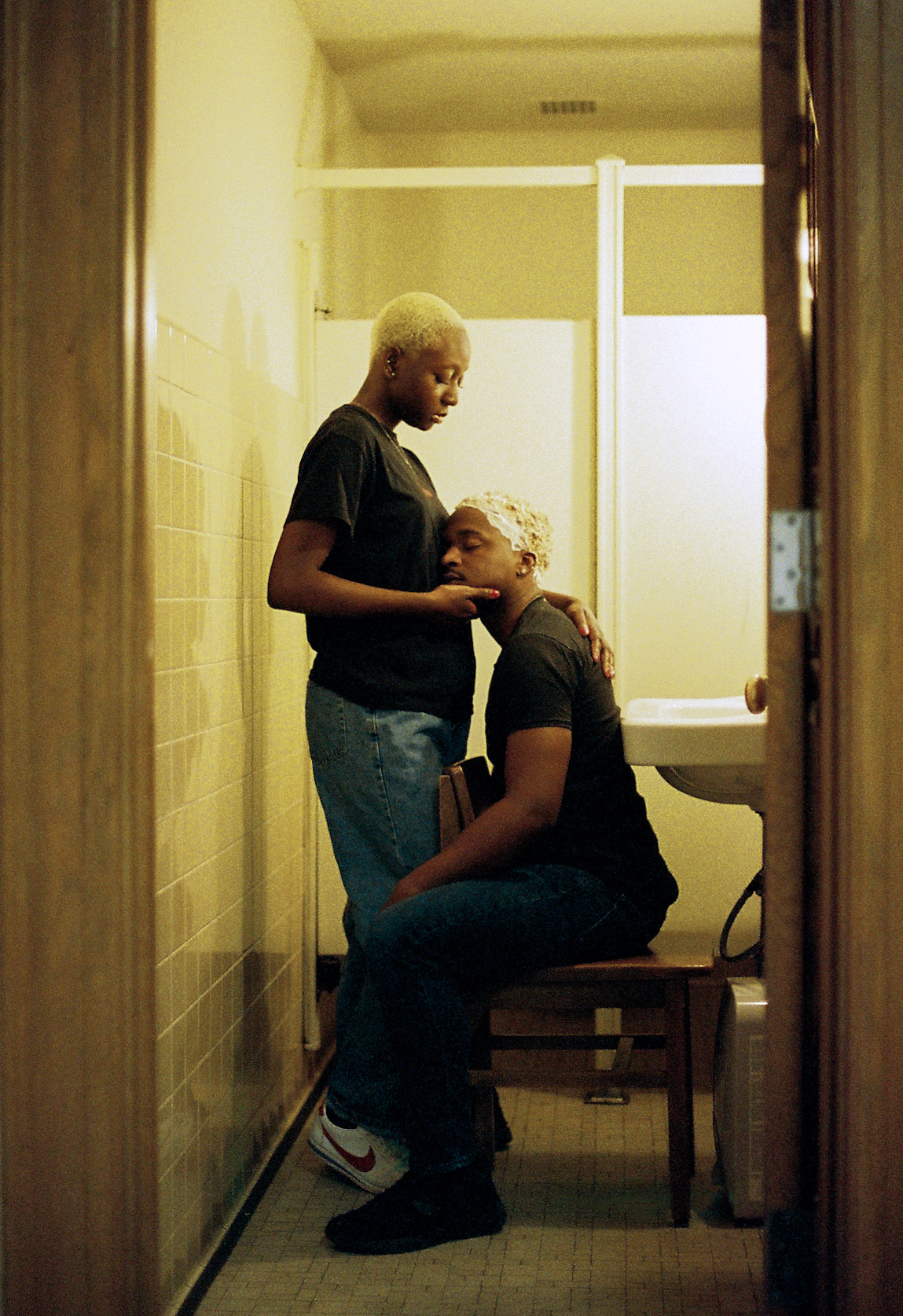 “There is a lot of heavy stuff, and I don’t think we talk about it enough as young men. But instead of actually talking about it, because I’ve hated talking about stuff that’s happened to me, I would rather put it in my art. My drive forward is totally different because I know it’s on me, so I might as well go as hard as possible.”

The self-taught photographer is launching his career with an auspicious start as one of the 19 YoungArts award-winning artists exhibiting in Home: Reimagining Interiority, curated by Dr. Joan Morgan and Dr. Deborah Willis. The exhibition brings together a new generation of Black artists responding to the cultural, political, and social shifts occurring today that inspire new paradigms around ideas of Blackness and home.

Inspired by photographers Deana Lawson, Carrie Mae Weems, and Gordon Parks, Saint Samuel creates images that go beyond the limits of race, gender, and other markers of identity. “I think the media portrays Black people as something we’re not most of the time, and a lot of my friends and community don’t see themselves,” he says. 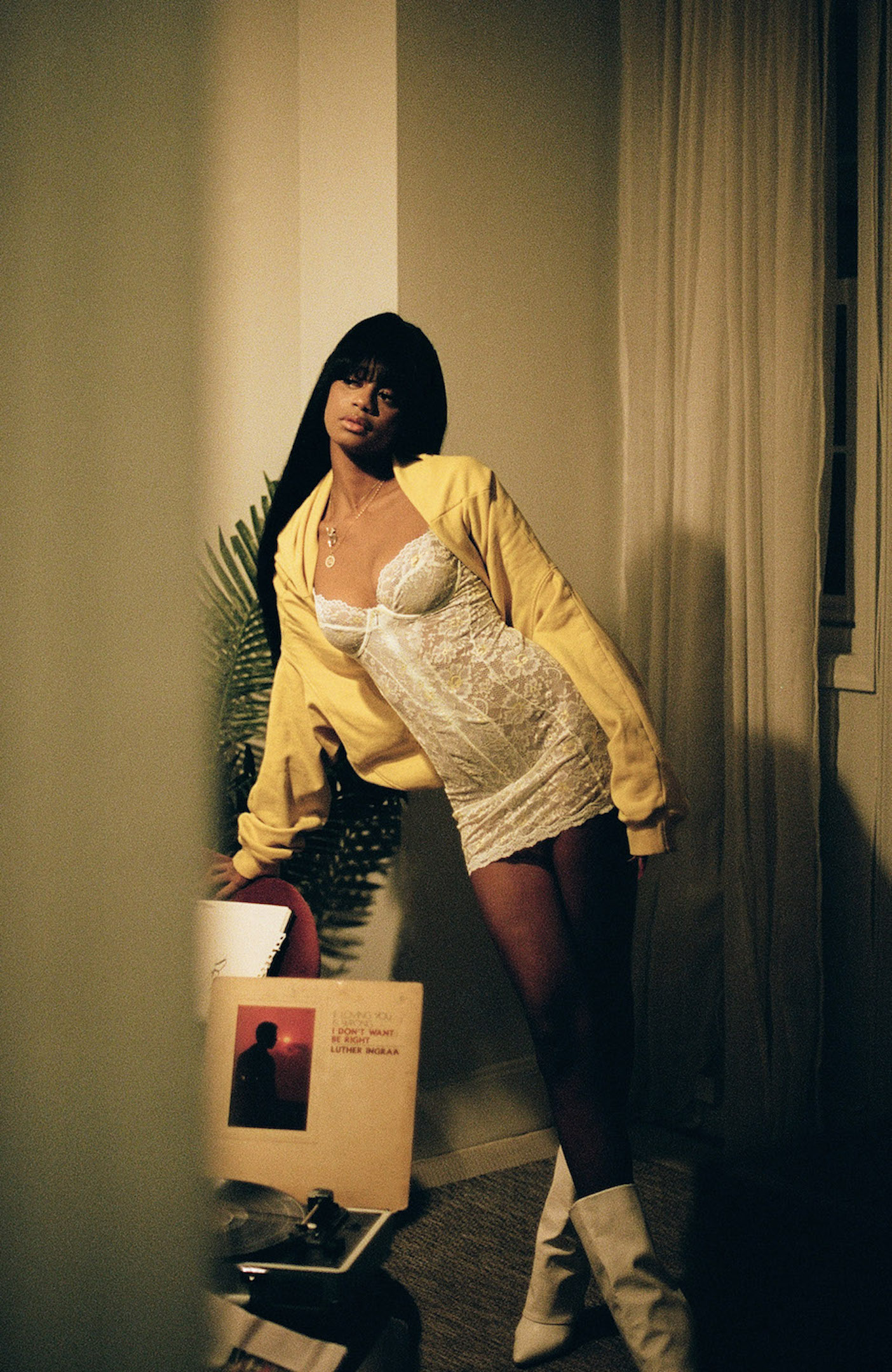 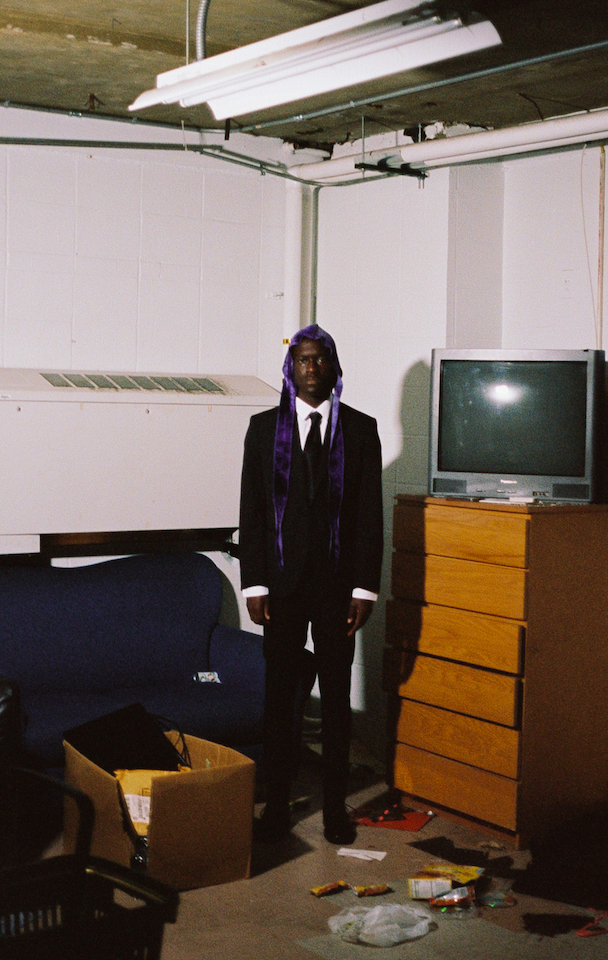 “Viewing Blue Black Boy by Carrie Mae Weems made me think about who I was. For the first time, I was looking at a piece that didn’t involve Blackness. It involved people. I just looked back at him and was like, dang. I hope that my art does that for people – that it goes beyond race to get at the notion of humanity.”

Interested in the universal experiences we all share, Saint Samuel’s work relates to navigating life as a young adult. “Photography has always been my therapy,” he says.

“It’s always been my mission to photograph both [good and bad times]….so you can see the polarity. I think it’s important that people see that because art controls your views and is the teller of history.” 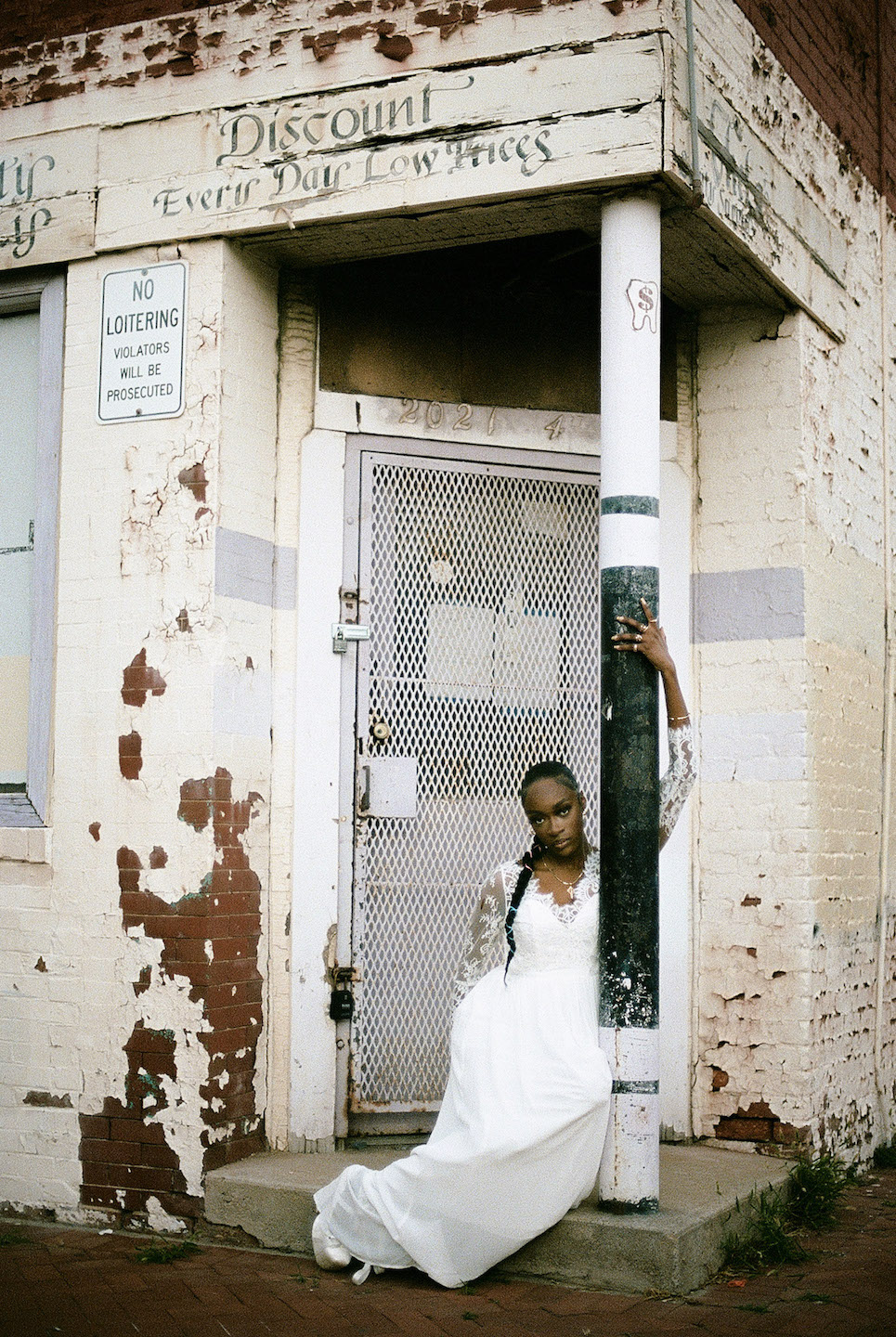 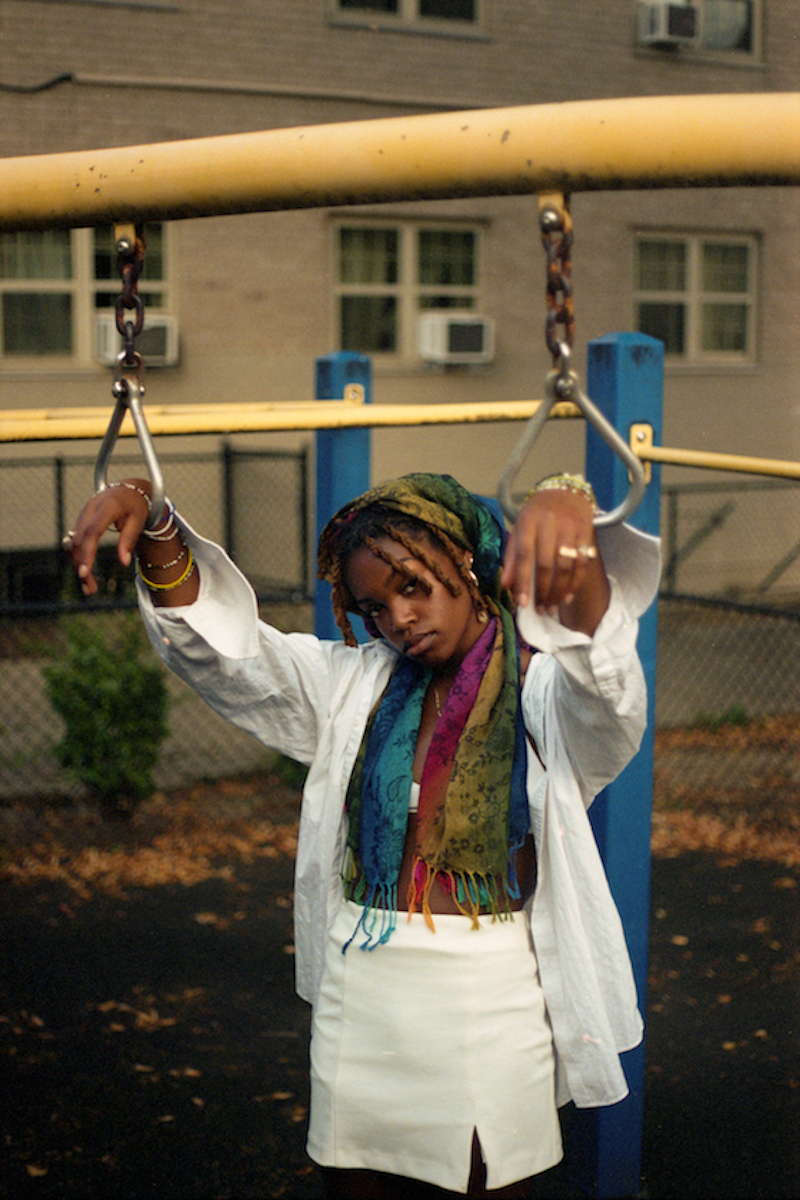 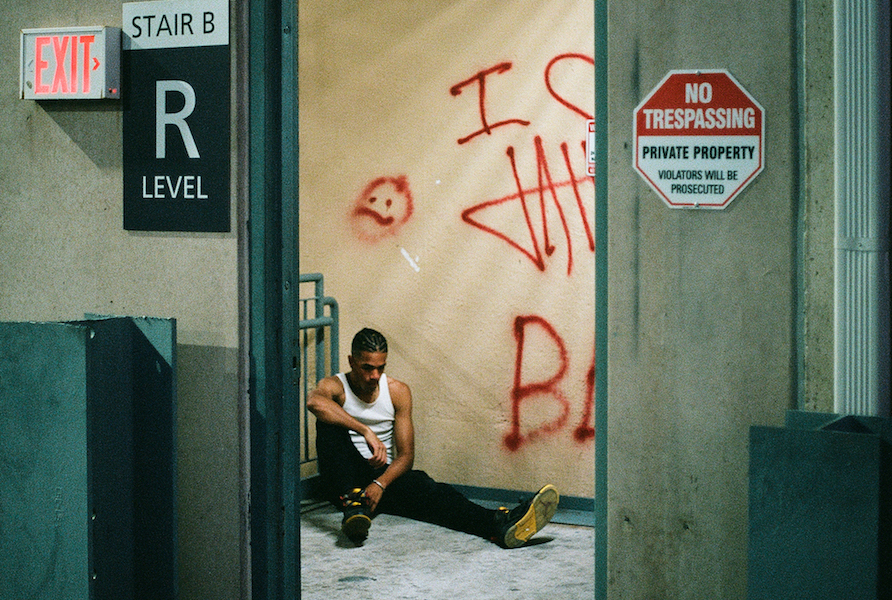 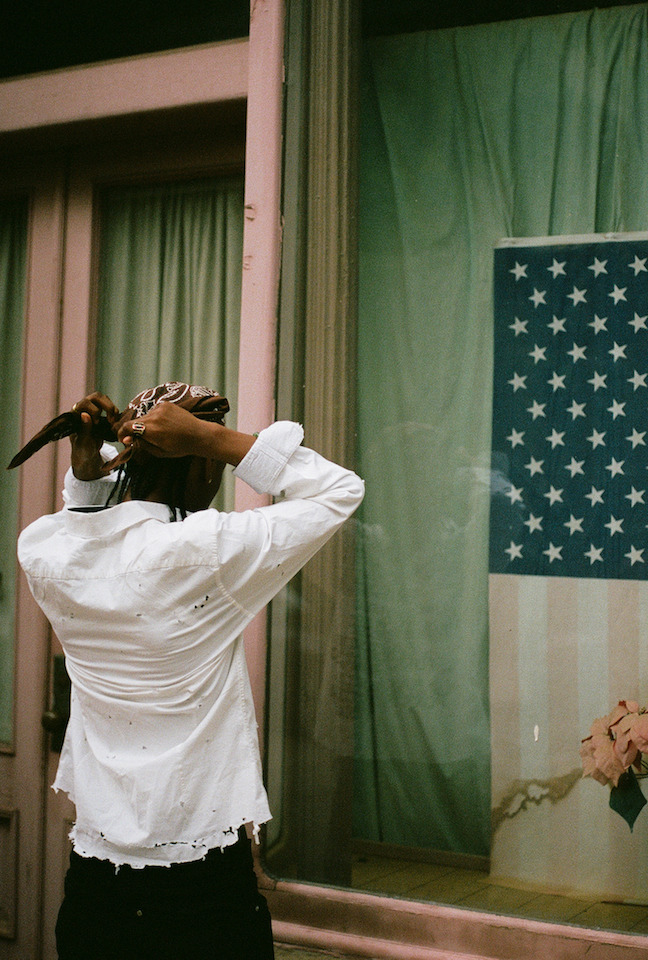 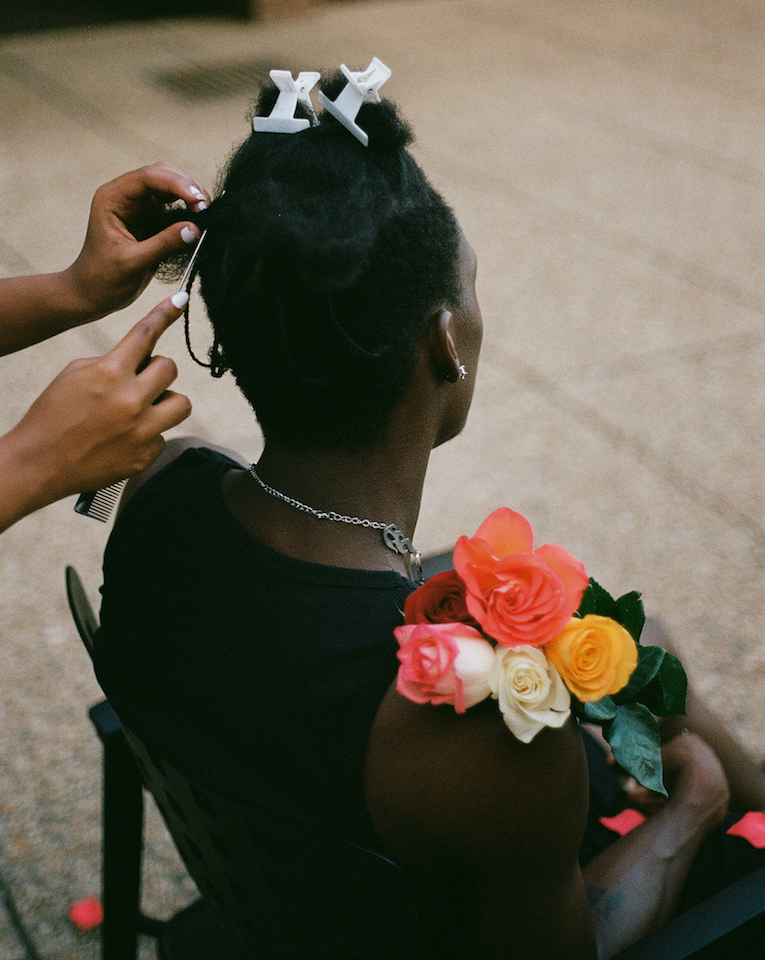 Home: Reimagining Interiority is on view at YoungArts in Miami through August 1, 2022. The exhibition will travel to the Tisch Gallery at NYU in New York in Fall 2022.

Linkedin
OTHER ARTICLES
At his West Bank restaurant, Fadi Kattan established himself as the voice of modern Palestinian cuisine. Now, he’s bringing his innovative, bold flavours to the UK’s capital.
The action took place in response to the 200 asylum-seeking children who were placed in hotels run by the Home Office who have gone missing.
A new film from Berghaus traces the story of Adam Raja, who left behind a turbulent upbringing to discover the healing power of climbing.
A recent High Court ruling against the right to wild camp in Dartmoor National Park sparked the largest land protest in history – and campaigners say their fight is not over yet.
Tristan O’Neill’s shots of dancers caught in moments of reverie at the height of rave’s golden age are a testament to the UK’s legendary club culture.
Social prescribing connects people with non-medical support to improve their health and wellbeing – but some experts worry it’s just a stick plaster solution.