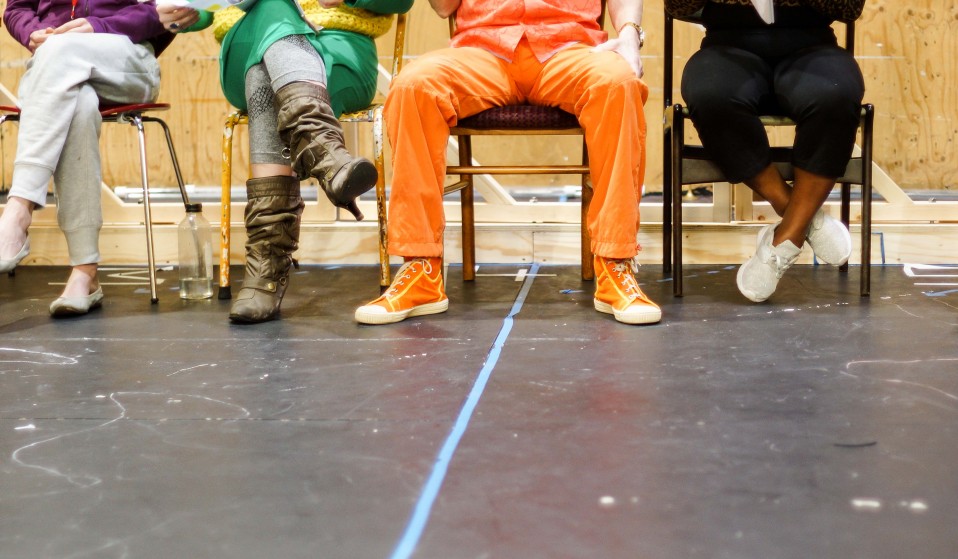 See Me Now, a new play at the Young Vic in London, is written and performed by current and former sex workers. We talk to its creators about why it's time their voices are heard.

See Me Now, a new play at the Young Vic in London, is written and performed by current and former sex workers. We talk to its creators about why it's time their voices are heard.

Whatever your thoughts are on sex work, it exists, and it has done for thousands of years. “That’s the brutal honesty of it, we cannot shy away from that,” says theatre director Mimi Poskitt. Together with playwright Molly Taylor and a company of performers made up of  current and former sex workers, Mimi has created See Me Now, a new play which explores the lives, loves and everyday stories of those in the profession.

In Elizabeth’s case, she also breaks stereotypes about what sex work even involves. Through putting chastity belts on male clients, and leaving them on for days, weeks or months at a time, she makes a comment on “what the state of chastity does to a man and how it shifts his perception of gender and sexuality,” explains Molly Taylor. 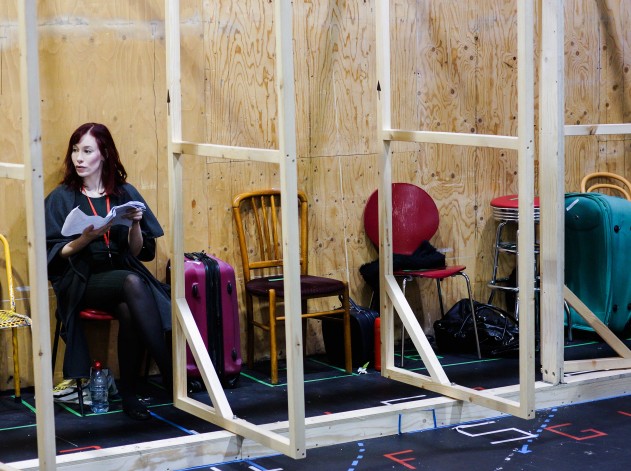 Co-produced by the Young Vic, Look Left Look Right and HighTide, See Me Now is based on workshops and testimony given by the performers, who read their own words on stage and re-create situations they have personally experienced. The idea was ignited back when Mimi shared a flat with a friend who worked doing outreach for a clinic for sex workers, and who would often come home and tell Mimi about their work and lives.

That sparked Mimi to create a series of safe spaces, 18 months ago, in which sex workers could talk, exchange stories, and take workshops on performance, writing and other creative skills. It was after building those relationships, she explains, that she realised their stories would work well on the stage.

The show’s message, if it has one, is that there is no single story to define this collective. “They are writers, teachers, musicians, cleaners, consultants, parents, they work in IT, in public services. What they are creating reflects a kaleidoscope of life experiences,” explains Mimi. In fact, the play makes a point of presenting everyday-life nuisances that come with any job, like back-and-forth email correspondence and commutes.

“We were asking them about their lives and turning points – love, loss, death,” says Molly Taylor. “Even if they represent a marginal section of society, their experiences are things to which we can all connect. This is about the texture of our lives.” 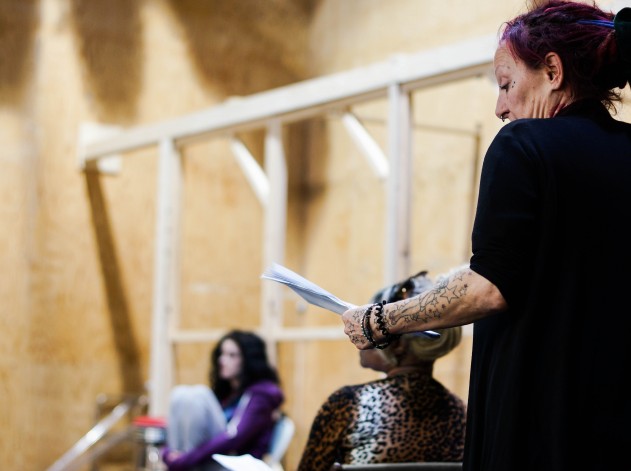 Some of the participants got involved in the play through Ugly Mugs, an umbrella charity comprising of 4,000 male, female and trans sex workers which facilitates the reporting of incidents and helps them warn and protect each other from dangerous individuals and clients.

Del Campbell, Policing and Criminal Justice Advocate for Ugly Mugs, explains that despite the various issues sex workers might encounter in their work (including with clients, sexual health, mental health, or drugs), perhaps the most challenging is not being able to talk about them.

“If me or you had a bad day at work, we’d probably talk to our friends or families and they wouldn’t say ‘you should stop being a journalist’,” says Campbell. “Sex workers really need not to be judged, more than anything.” See Me Now tackles precisely that stigma. “It’s hugely important to hear real voices from real people. Everyone’s got an opinion about sex work, but have you ever done it? Do you know anyone who does it?”

The diversity in this play is also key: “The fact that the play features great voices from men and trans people is really important. They are often overlooked.”

This project is about theatre, but  it’s also about supporting the community – a counsellor visits the production weekly. “Part of the art of it is looking after the participants. Because they are performing their own words, they have to re-live a lot of [their past experiences],” says Mimi. 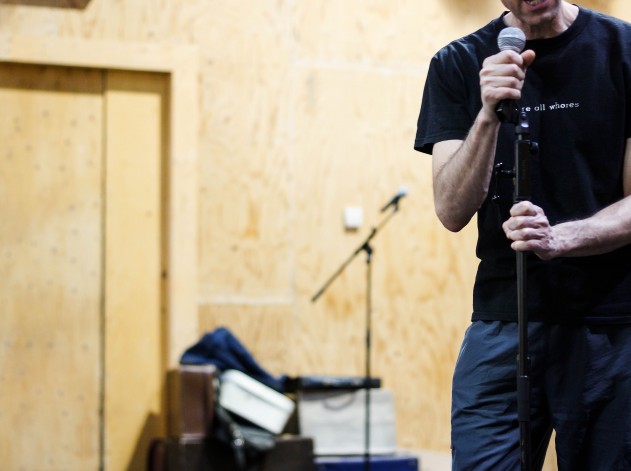 This project is the latest in Mimi’s body of work to empower communities through the arts. “I very rarely make work with actors. I’ve always wanted to work with non-performers. I think it’s because I’m really interested in real life.” Her theatre company, Look Left Look Right, specialises in verbatim theatre, a form of documentary theatre based on words spoken by real people.

Her interactive and site-specific pieces have included a play inside a caravan that brought to life the conversations of victims of a series of destructive floods in the UK in 2007, and a documentary featuring centenarians. Regardless of which community she’s working with, “it’s all about everyone growing together. Trust works both ways.”

For Molly, the ultimate hope is that “a connection will be made between the audience and a group of people who normally exist in the shadows.” The writer is also very aware that the very nature of this project is self-selective. “The people featured have the choice and the liberty to. We are not trying to create a definitive exploration of the industry because there isn’t a definitive narrative. There is a strong presence in the show, but also a lot of absence.”

See Me Now runs at the Young Vic between 11 February and 4 March 2017. Tickets are now sold out, but those wishing to see the show are welcome to join the returns queue at Box Office from 6.45pm for evening performances and 1.45pm for matinees.

Linkedin
RELATED ARTICLES
OTHER ARTICLES
A new report has found that the majority of Britains approach trans issues with compassion. It’s about time this was reflected by our media landscape.
50 years since its inception, and the campaign calling for recognition that capitalism depends on domestic labour is as pertinent as ever.
Freddie Miller’s new series of photographs investigates who today’s trainspotters are and what drives their unfettered enthusiasm.
In the latest instalment of Photographers in Conversation, the chronicler of raves, protests and beyond explains why he’s drawn to such specifically visceral environments.
In her new book, the author explores the country’s housing crisis in human terms and calls for radical action to address a broken system.
The singer-songwriter discusses her intimate new project – and the advice she’s picked up across a career as one of rock’s leading voices.