Art & Culture / From Selma to Stardust: Steve Schapiro on shooting the heroes of our time 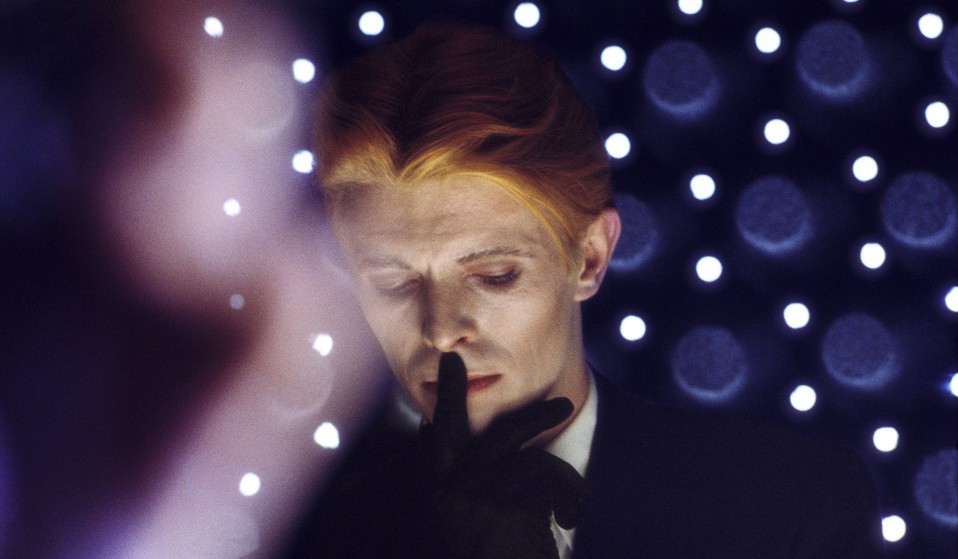 Photographer Steve Schapiro has spent decades shooting moments that made history. Ahead of his latest exhibition - Heroes - in London, he reflects on a lifetime capturing the people who changed the world.

Photographer Steve Schapiro has spent decades shooting moments that made history. Ahead of his latest exhibition - Heroes - in London, he reflects on a lifetime capturing the people who changed the world.

Everyone knows that old saying, that a picture can tell a thousand words. Well, A good picture can often tell more, and flicking through some of legendary photographer Steve Schaprio’s back catalogue can teach you more about the last 60 years than any history textbook I’ve so far come across.

Born in 1930s New York, Steve first discovered his love for photography aged just nine, and ever since he’s been capturing moments and people who’ve made history. Despite being in his 80s, he’s still going strong, working on new projects and travelling the world. Looking at the people Steve has shot in his career feels like seeing a role call of some of the last century’s most notable and important figures: Muhammad Ali, Martin Luther King Jr, David Bowie – the list goes on. Steve’s latest exhibition, “Heroes”, kicks off in London this summer. 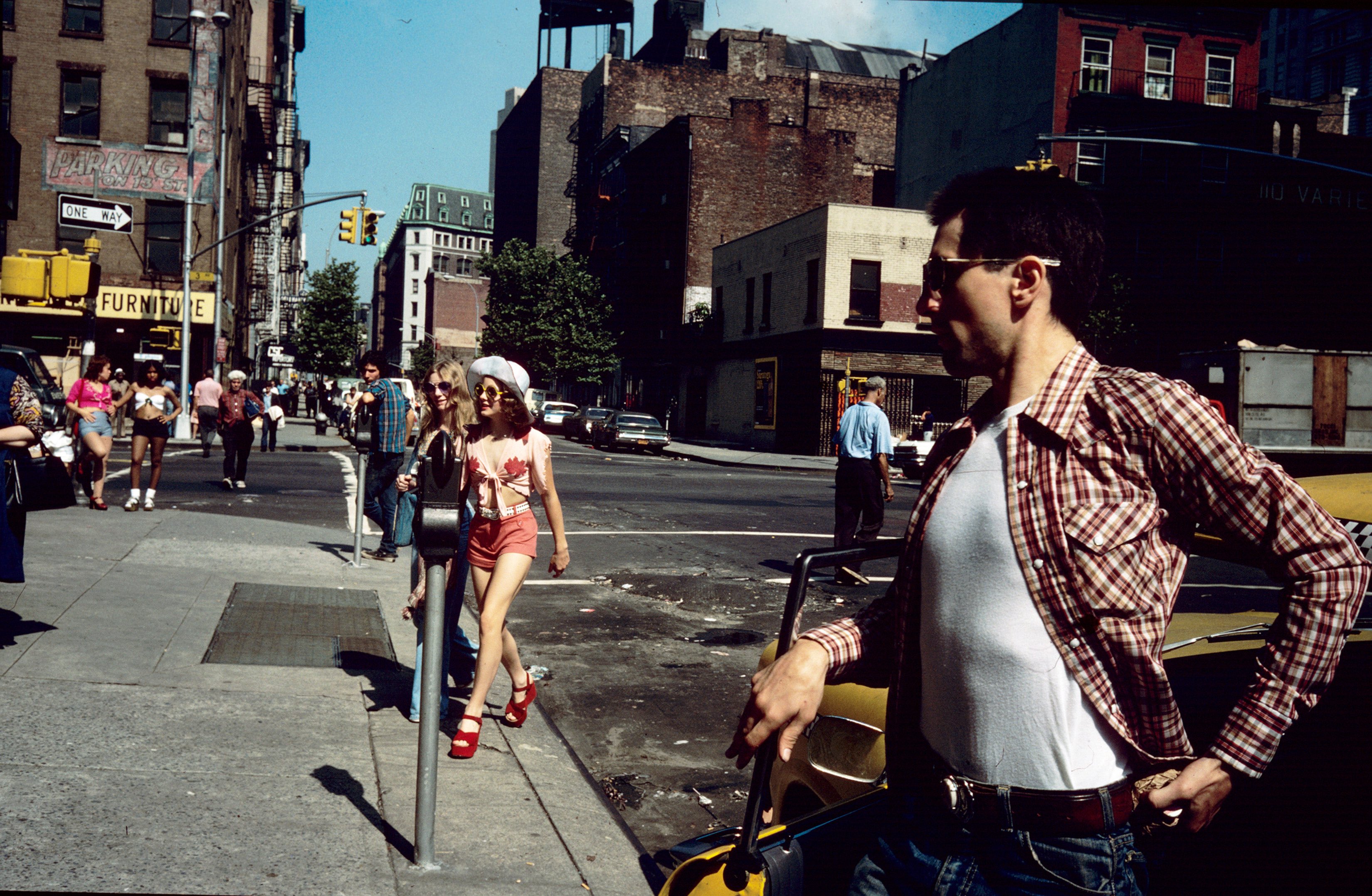 “It was much easier to work with people back then… you were allowed to be one-on-one with the person you were photographing, and you became friends,” Steve recalls, as he speaks to me from his Paris hotel room. I’d asked what it was like getting to know some of the world’s most recognisable figures, often intimately in intense bursts of time.

It’s all changed now though argues Steve, with security and PRs dictating rules and limiting the time photographers can spend with their subjects. “It’s just less personal now”, Steve adds. The work might be less personal, but that’s if you can get it, and with the decline of print media and the future of online publishing still unclear, jobs for young photographers are few and far between. 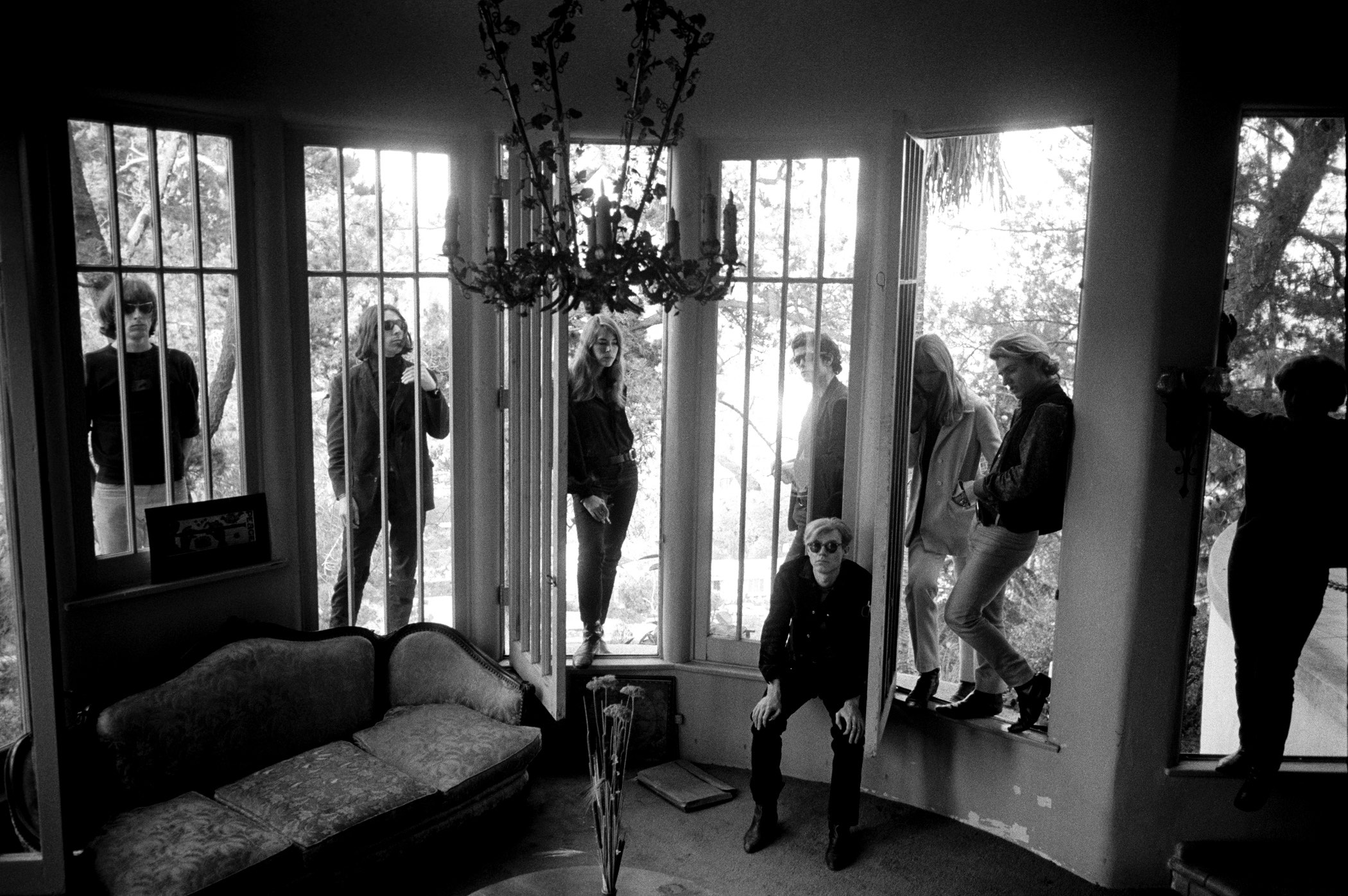 The decline of traditional print media and overbearing public relations types aren’t the only shift that Steve’s witnessed. When he first figured out he was passionate about photography in the 1940s ages just nine, owning a camera was rare, the equipment expensive and complex. “The camera is becoming obsolete, smart phones are taking over.”

“You used to see people with cameras photographing what they wanted to remember, now they just pull out a phone.”

The 1960s was the golden age of photojournalism: magazines with budgets, access to the stars, more accessible travel without the internet meant photographers like Steve were at the heart of showing us the world.

“I’ve been lucky”, Steve says casually, “and I’m incredibly grateful too. I didn’t realise at the time that a lot of people I photographed would be as charismatic or important as they went on to be.” Take, for instance, Muhammad Ali. 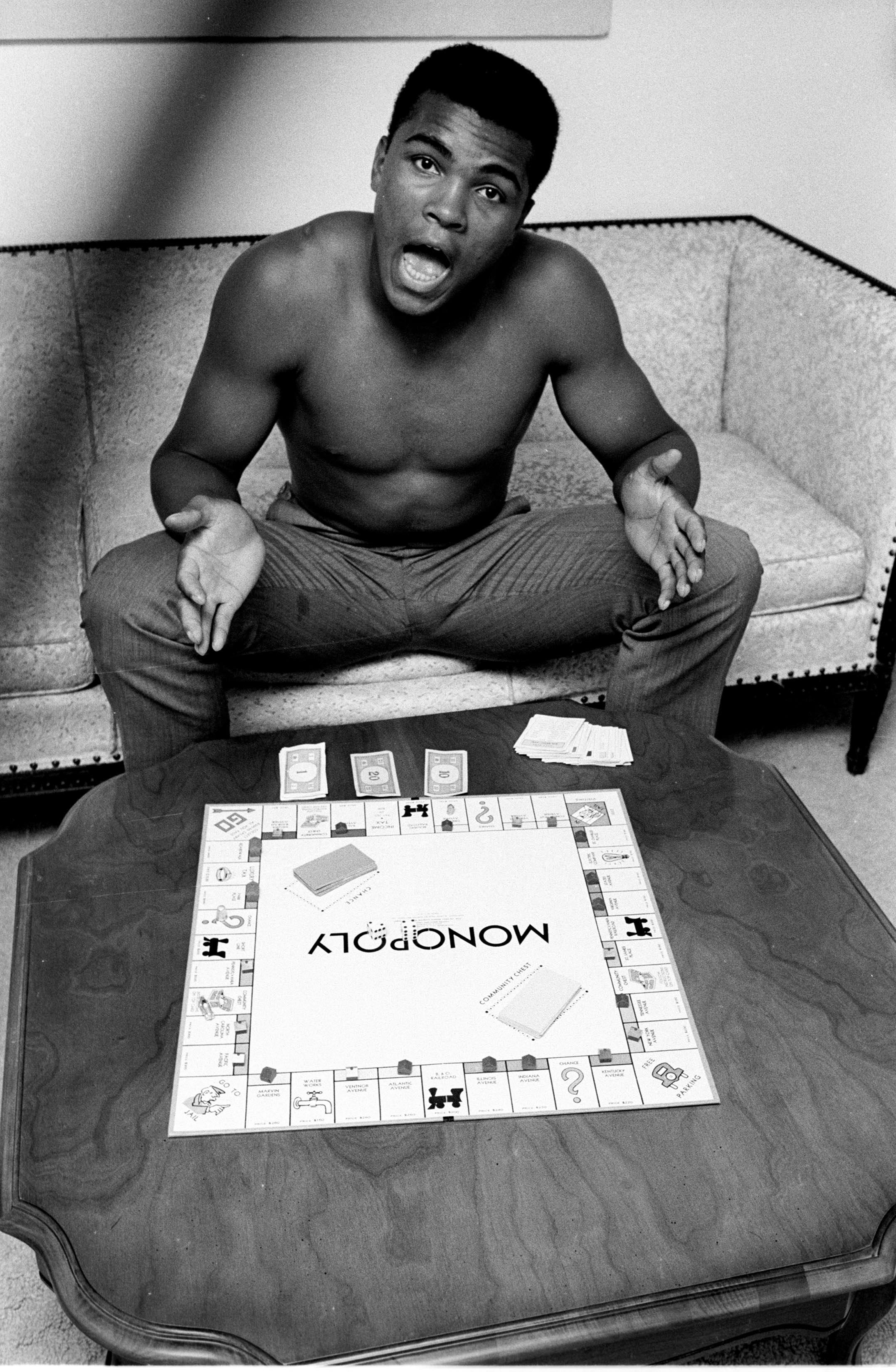 With Ali’s recent death still painfully fresh in our consciousness, Steve talks of a shot he took of the late boxer that captured a more intimate moment than he could ever have imagined. “It was about two years go now when I got a letter from Lonnie [Ali], she said she knew a photographer captured Muhammad in 1963 when she first met him.”

Lonnie was just six and a half at the time, but when Steve went back through his archives the picture jumped out at him in moments, despite it having never been printed or edited.

“It’s an amazing photograph of the first time Lani met Mohammad Ali”, Steve tells me. “He’d just won the golden gloves with 15 knockouts. Lani came forward for this photograph, and their eyes are locked.” There’s something electric in the way they look at each other, so much so that you disregard the others. It’s beautiful.

“At 19 she decided she wanted to marry him, and she went on to take care of him all this time.”

Another hero to be featured in the upcoming exhibition, who’s untimely death also shook a generation earlier this year, is David Bowie. “I got a call from Michael Lipman, Bowie’s manager at the time, and he asked if I wanted to photograph David.” Unsurprisingly, before Lipman had even managed to finish his sentence Steve had excitedly said yes. A studio was set up, and when Bowie trend up one afternoon nobody on the team knew what to expect. 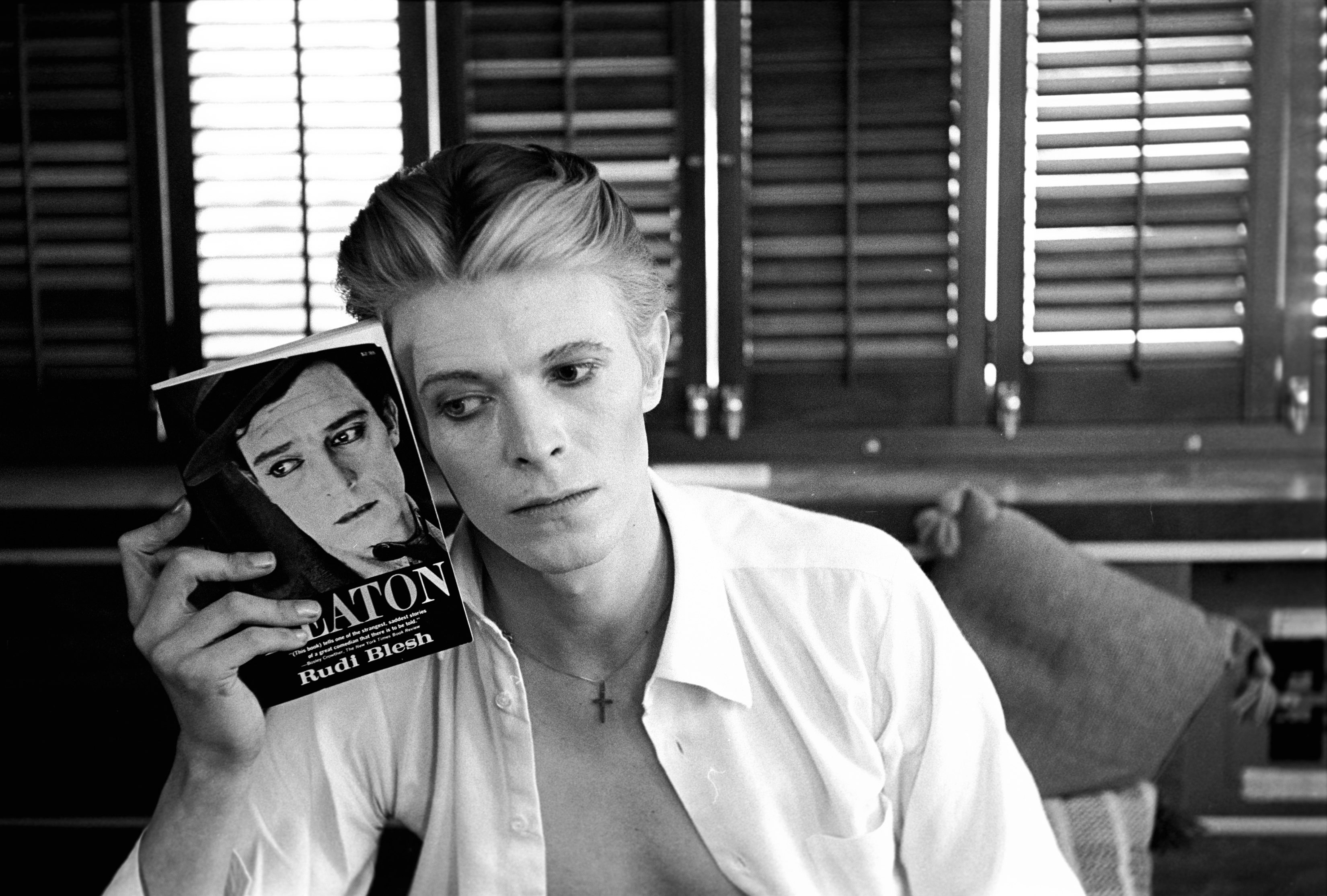 “Bowie was calm, polite, quiet, over intelligent. We were talking I mentioned photographing Buster Keaton, the silent movie star who was one of his heroes, so we become friends immediately.” Steve saw a simailrioity between them; both were inventive in their genius.

Steve happily recalls the days spent shooting with Bowie: the sexy outfits, the ever-changing characters, the intense personality. “I’d pick up camera, and he’d come out in an outrageous outfit”, laughs Steve down the phone. “Before I could take a picture he’d say ‘hold on I want to fix something’ and 15 minutes later he’d come back totally different, I’d never even get the first one!”

Long before his unexpected passing, Steve was working on his photobook of David. On the cover is a portrait of Bowie dressed all in black, with white stripes from neck to toe. “He came to the studio and the first thing he did was to borrow a black shirt from one of my assistants”, Steve explains. “When he came out there were painted white stripes on his clothes, and he was drawing these big circles, big sweeps on the background paper, representing the tree of life from Kabbala.” 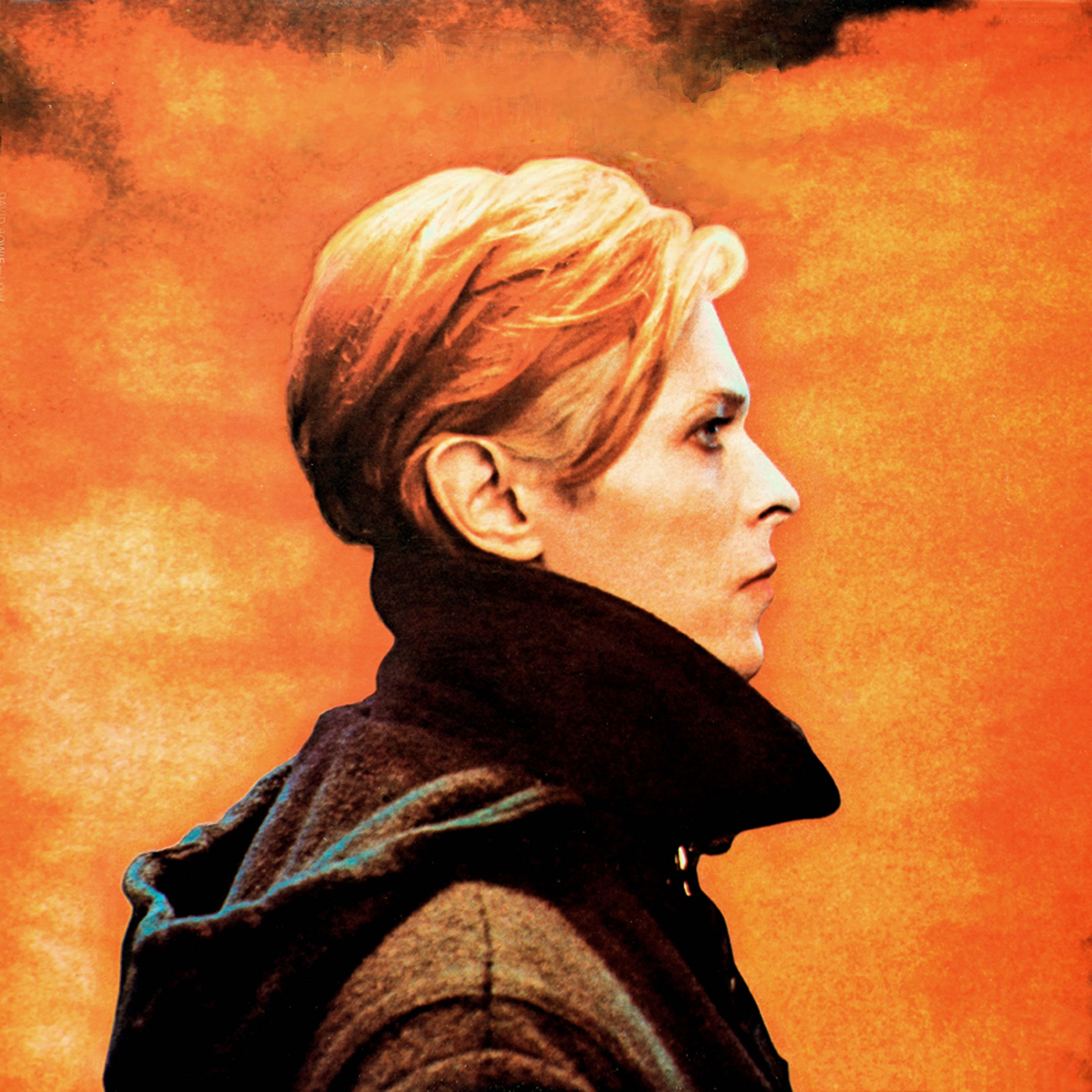 Bowie never wore a similar outfit again, until in the days before his death he recorded a series of videos, when he knew his life was drawing to a close. “David came back to this outfit, the only time he ever wore it again: the white clothes, the diagram – there was a spiritual significance.”

“It touched me that he came back to that, the outfit was important.”

Steve’s only regret was that he was unable to join Bowie on tour in 1987. “My wife and I were going to Paris for our first real vacation”, laughs Steve; ‘our only vacation’ I hear his wife shout playfully over the phone.

Steve is renowned for capturing iconic figures from popular culture, but his work on the civil rights movement in the United States is just as pertinent and powerful. In the summer of 1964 three civil rights workers went missing. Michael Schwerner, aged 24 and Andrew Goodman, 20 were both from New York, while 22-year-old James Chaney was from Mississippi. Six weeks after they were last seen their bodies were found buried in a partially constructed dam near Philadelphia, Mississippi.

“When we walked into the town I was taking photos, and this burly sheriff came towards me. He took my camera, opened it up, and threw the film onto the ground before handing back my camera.” It was only years later that Steve realised the Sheriff was Lawrence A. Rainey, a key suspect and ringleader in the murder of these three young men. 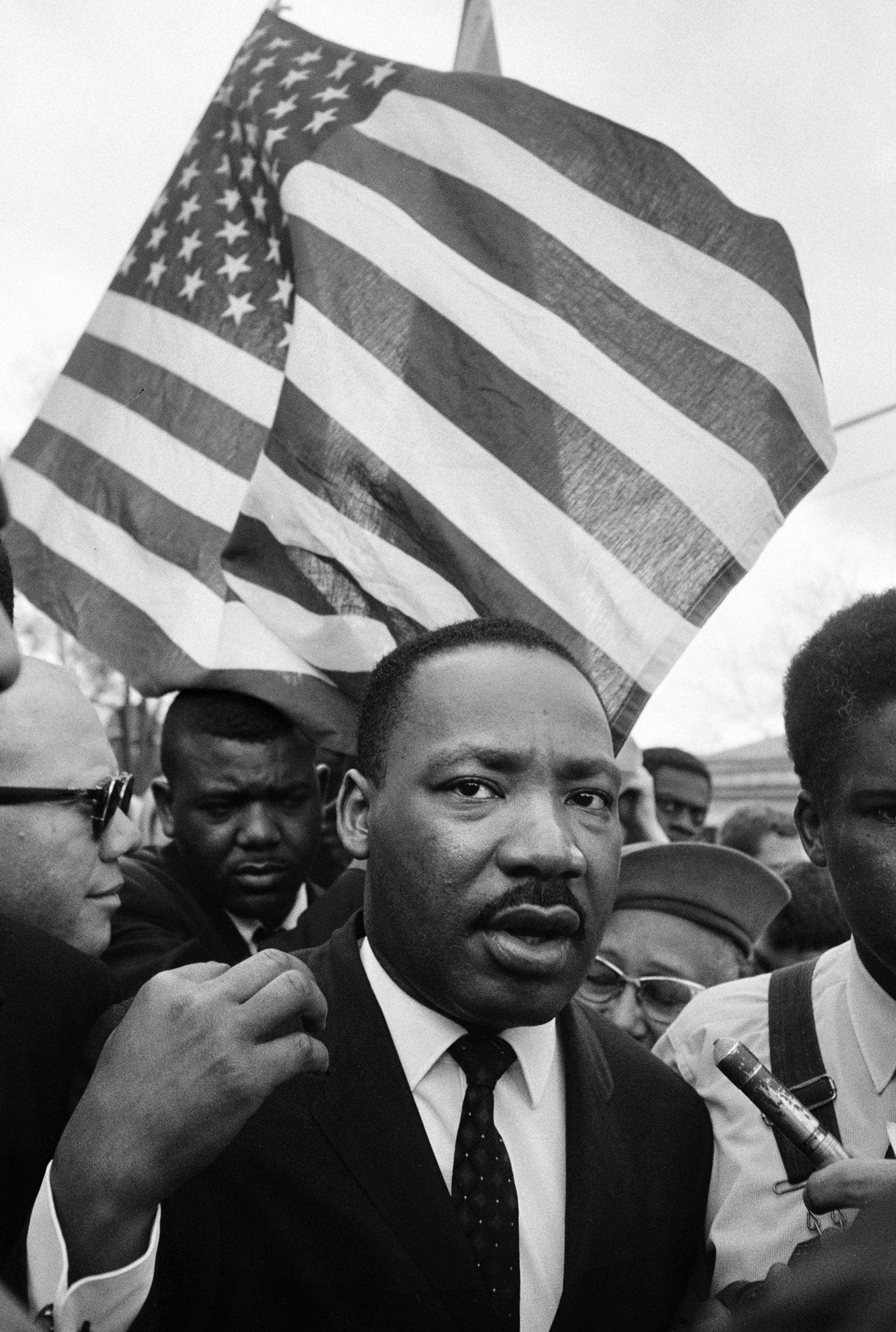 Steve may have lost that role of film, but his shots of the notorious march from Selma to Montgomery live on.

“Back then you’d develop images and hope they’d appear in the magazine, but very quickly you’d move on. It was only later when I was doing a book that I got these contact sheets and I looked through them carefully.” On closer inspection Steve found he’d captured Martin Luther King Jr, John Lewis and Ralph Abernathy leading the march. It’s a powerful image, each in their own worlds, on the cusp of changing history. Nobody is looking at the camera, no time for smiling politely.

I ask whether he felt he was part of the movement when he was standing their camera in hand, did he feel like a passive and neutral bystander, or someone fighting for the cause?

“For me? I’m a photographer but I’m part of it”, he replies without a moment’s hesitation. “You understand that documenting the event became more important than just marching. Just marching I’d be a participant, but this was me creating an image that years later would be so important.” 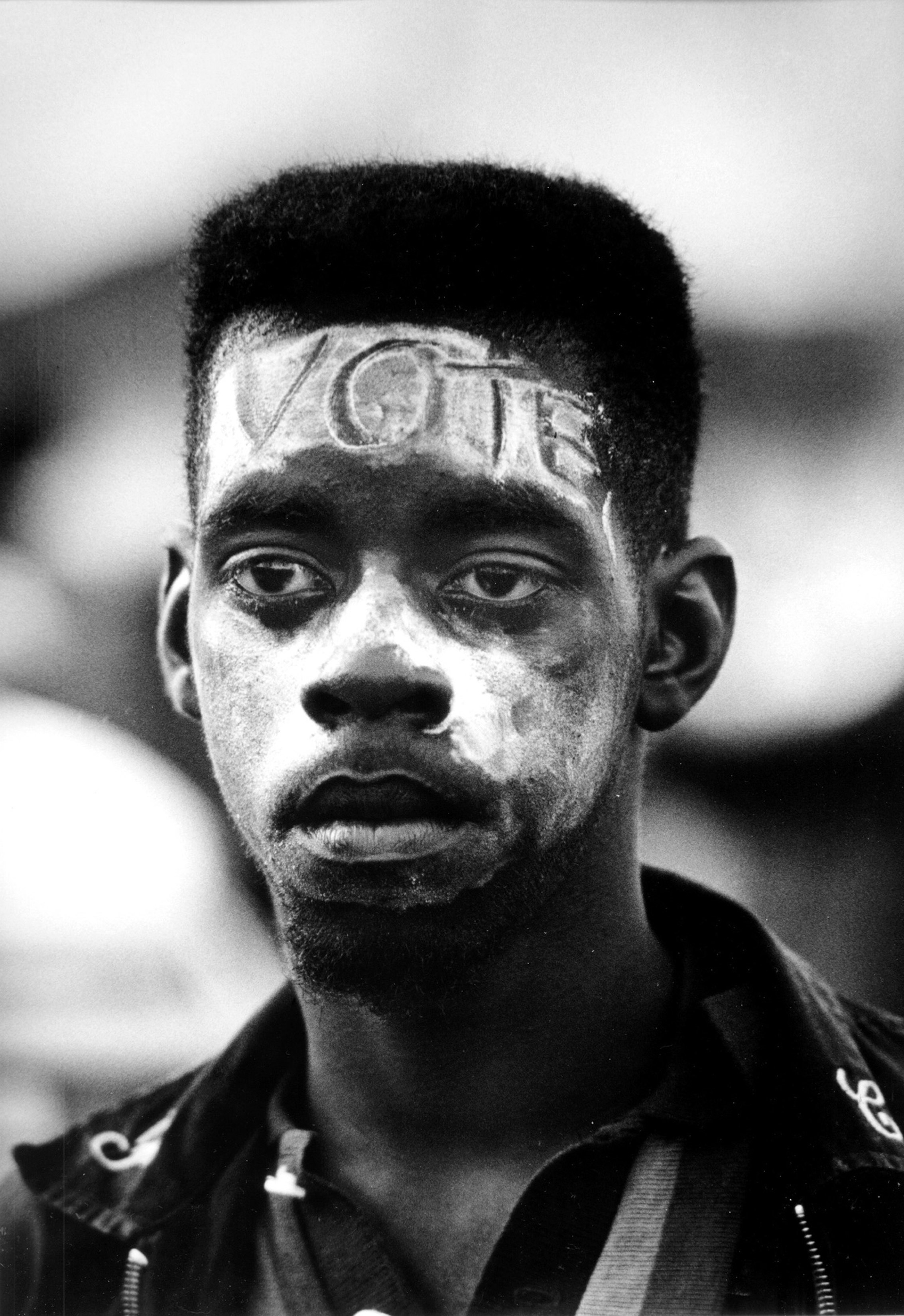 Steve doesn’t just see these photographs as a snapshot of history, they provide important messages for the United States today. “One of my favourite pictures from that is of a black woman holding a sign saying ‘Stop Police Killing’. This was in 1965, and it was as important then as it is today.”

HEROES: Steve Schapiro is open at the Atlas Gallery in London from 9 June –20 August 2016.

BOWIE a new book of Steve Schapiro’s photo session with David Bowie in 1974 is published by powerHouse Books.

Reddit
RELATED ARTICLES
OTHER ARTICLES
Back in print for the first time since 1970, Dennis Stock’s California Trip serves as a radical visual history, depicting the Sunshine State at its heady peak.
With a haunting new composition for a feverish new film, the British disruptor is back doing what she does best – smashing boundaries, breaking new ground.
Two decades on, photographer Mike Schreiber unearths his archive from the festival, revealing a portrait of Gen X at its worst.
Writer and former-Deliveroo rider Callum Cant discusses the gig economy, ethical consumption, and the new strategies of resistance.
From lamplit street corners to red-brick estate fronts: artist Frank Laws pays tribute to the mundane magic of the city.
A new exhibition celebrates the art, lives and love affair of the revolutionary artist couple.