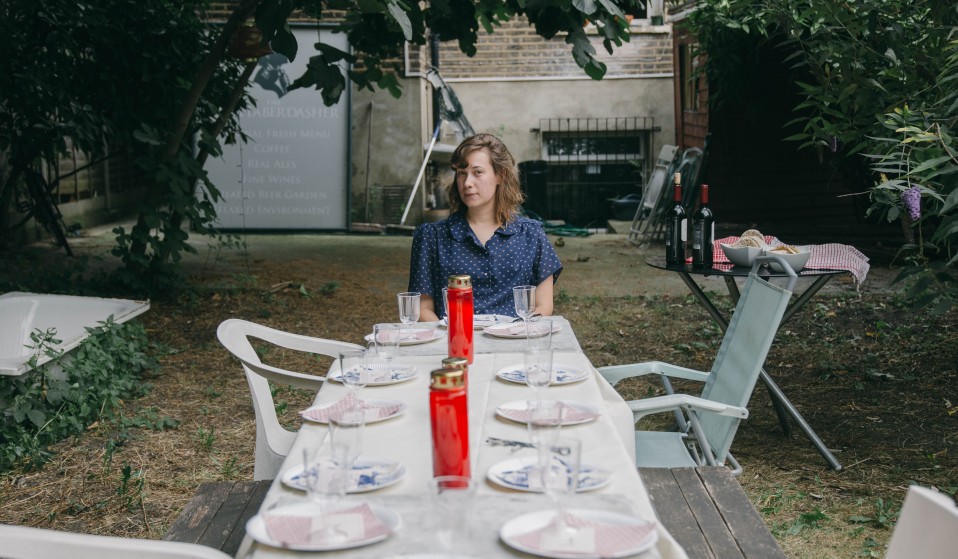 We visited a dinner party where strangers discussed death and dying together as they shared what their final meals meant to them.

We visited a dinner party where strangers discussed death and dying together as they shared what their final meals meant to them.

The only certainty in life is death. That may be true, but talking about dying is something most of us will do almost anything to avoid. It’s certainly not something to bring up at a dinner party, well, unless you’re Dutch performance artist Emma Berentsen.

At her Last Supper dinners, Emma invites people to discuss death and mortality with complete strangers, as they share the dishes they would serve as their final meal on this earth.

“I have experienced death from really close by,” Emma explains, “and I felt that it was something really hard to discuss or even talk about. People always push the topic away. For me, death is so connected to life. I want people to talk about it.”

When Emma’s mum chose an assisted death  last year in response to serious illness (which is legal and tightly regulated in the Netherlands), Emma and her sister prepared her a last supper: mum’s favourite lasagne, favourite salad and a lot of apple cider. “When we all got a bit drunk and a little tipsy, I started to feel this was a really important thing to do,” Emma remembers and decided to share the experience with others.

Emma has presented The Last Supper in the Netherlands and the UK, and heard twentysomethings to pensioners, from many different cultures and backgrounds, discuss a wide range of perspectives on death and how they would like to spend their last moments.

On a warm summer evening in New Cross, we pulled up a chair at a table decorated with cemetery candles in Emma’s garden, tucked in and listened to why people had chosen their last meals. 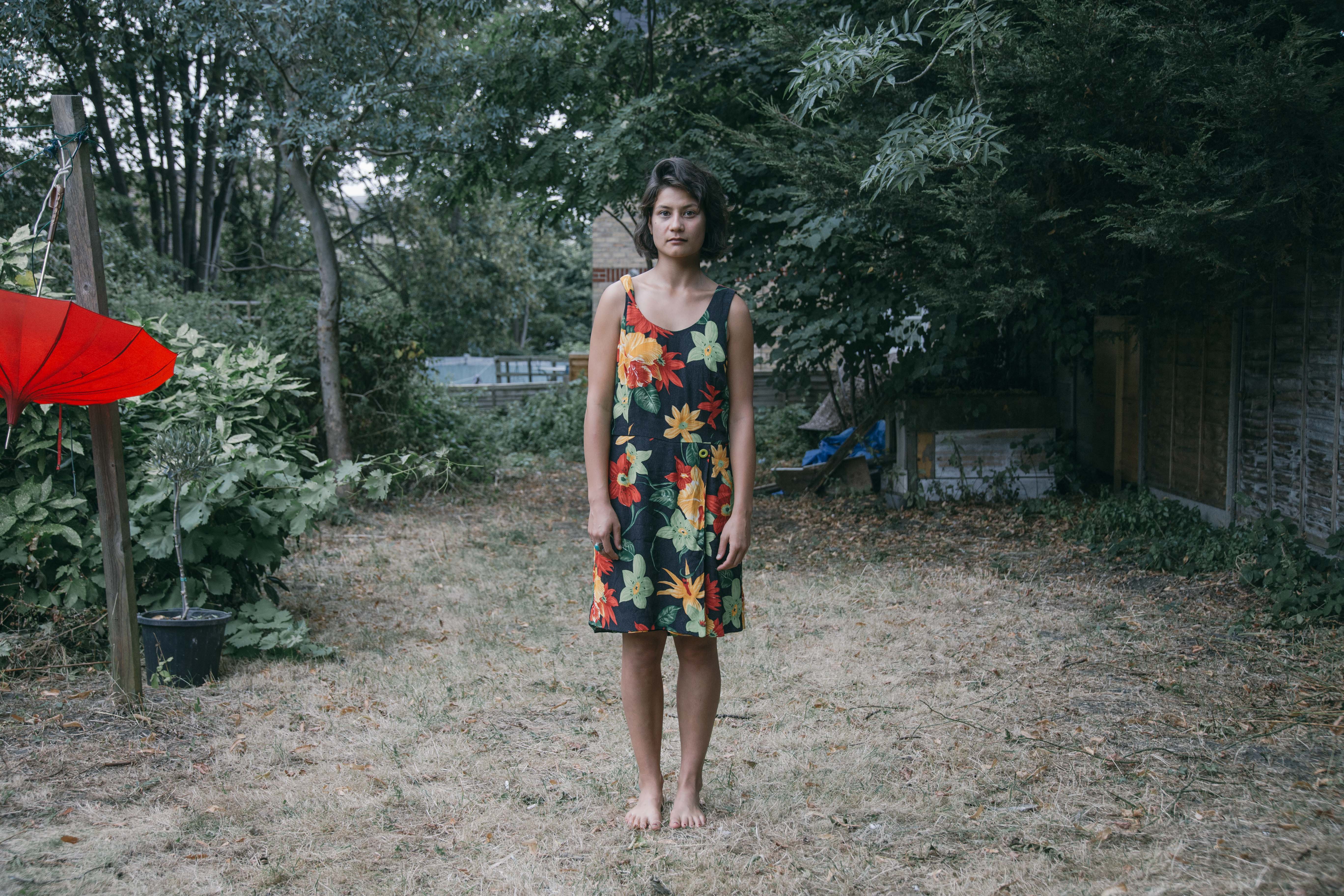 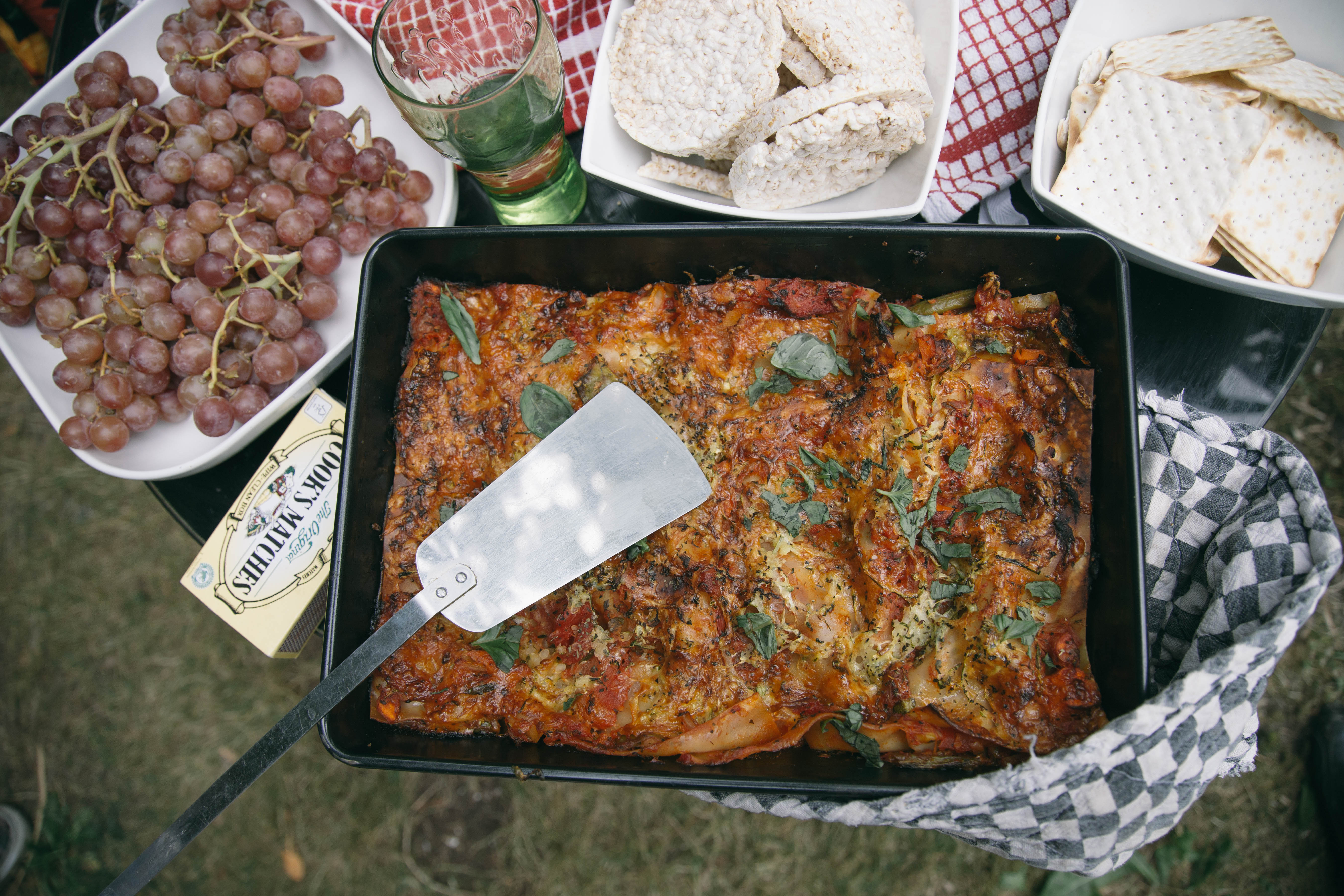 I made a vegetarian lasagne because it reminds me so much of my family and my mum, her role as a mother. I come from a family of seven and on birthdays we would always choose lasagne, so I have very warm feelings about it. It’s a combination of the memory and the taste (but not any specific recipe) and the sense of togetherness, all coming together.

I’m not sure if I want a last supper, I think I would find that quite confrontational. Maybe something else. I was thinking of just being together or having a nice group meditation. The rational part of me would like to know if I was about to die so I could make plans, but the other side would rather not. 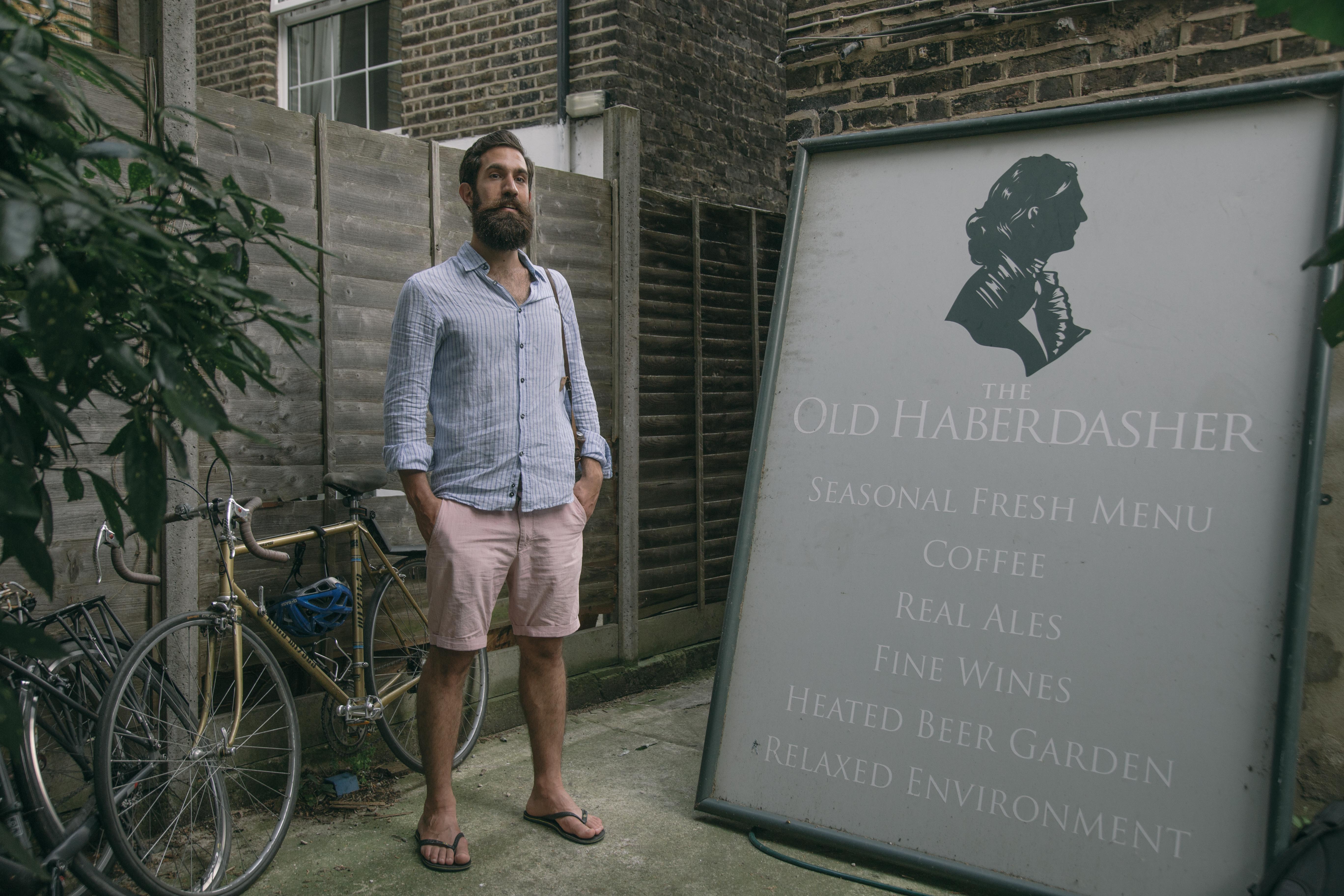 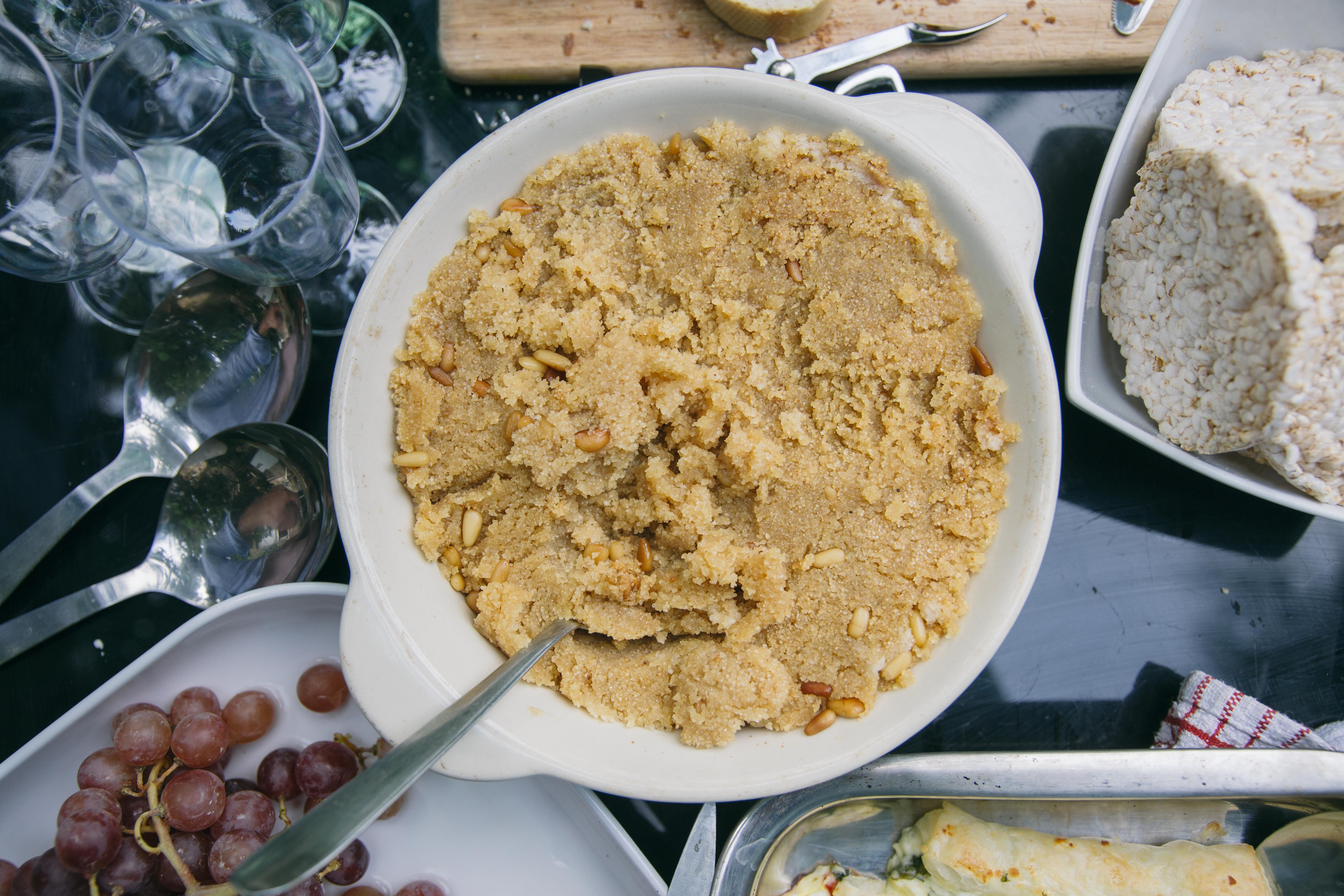 I brought a Turkish desert called Irmik Helvasi. It’s a semolina halva with pine nuts, butter and sugar, that we serve after funerals. We have a joke in Turkey, if we say ‘I’ll eat your halva’, it means I’ll die after you.

I brought it because my grandmother is sick and she’s going to die soon, so I thought this could remind me of what she’s going through. 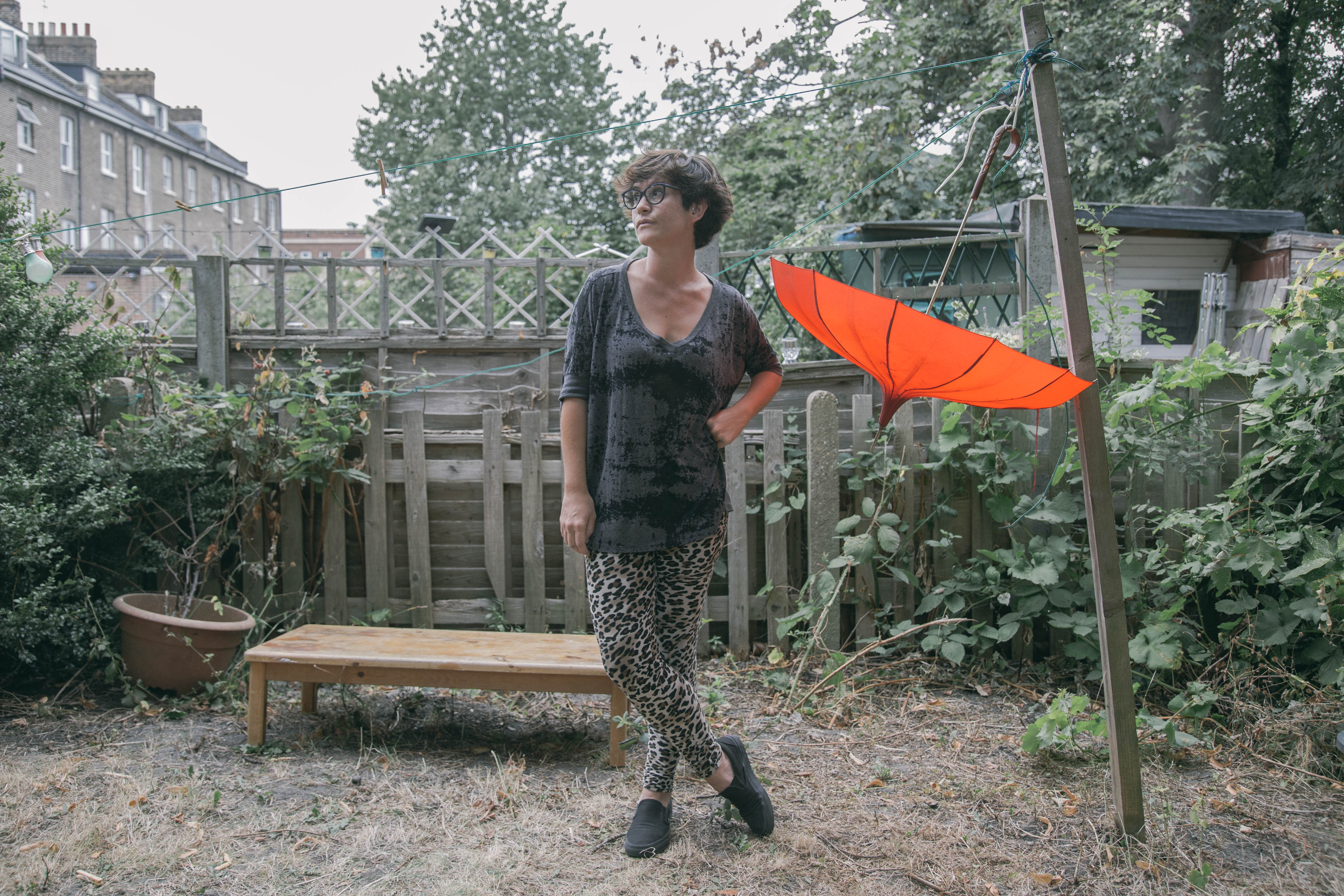 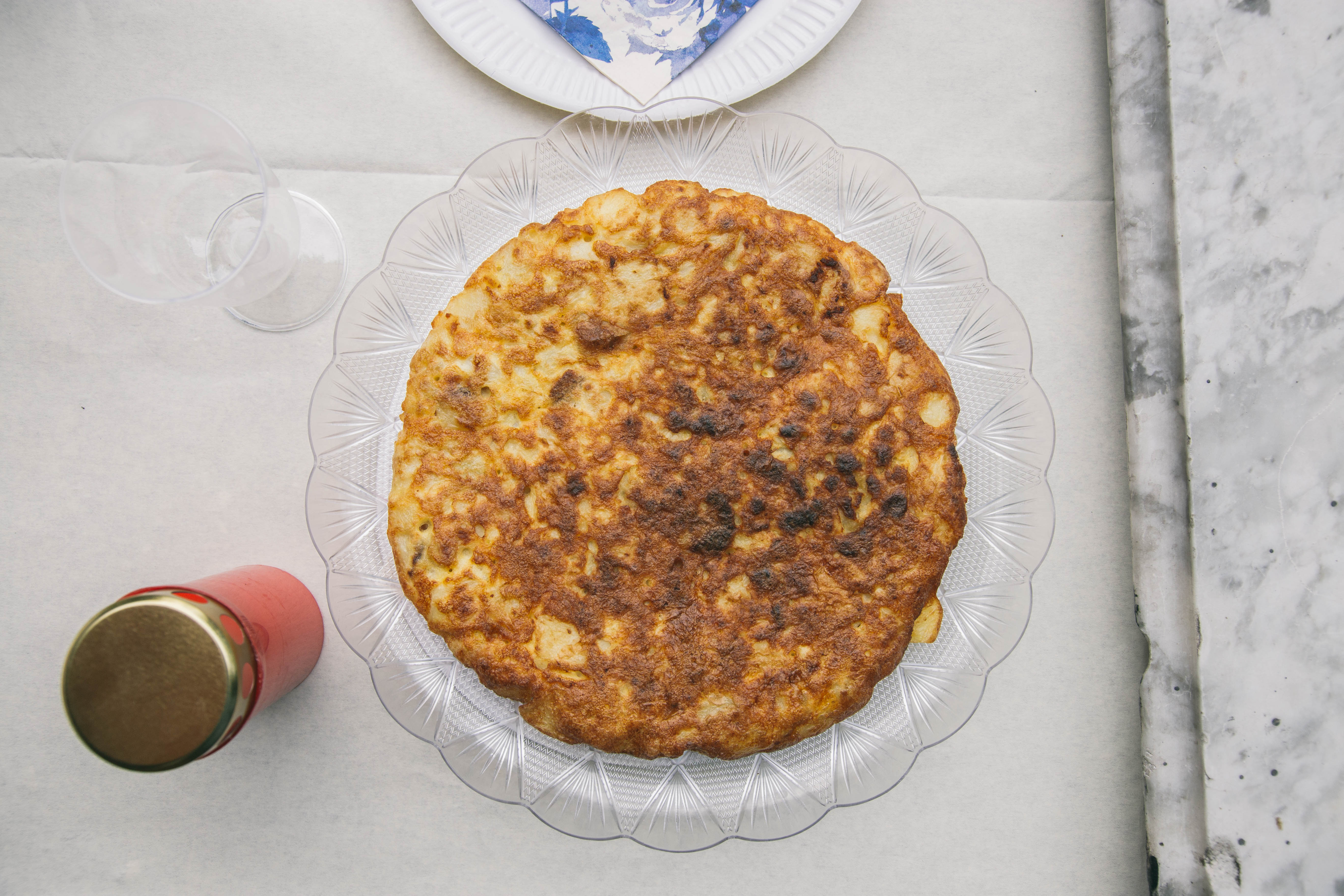 When I was a child I was very indecisive. One day, somebody asked me, ‘What would you eat if you had to eat the same thing every day for the rest of your life.’ I was very little and I think it was the first time I considered that there was an end – it was forever but it was also finite.

I had been thinking about it for maybe a year before I asked my parents. Without taking a second to think about it, my mum said Bocadillo Tortilla and my father said Pasta Pomodoro. They asked me, and I timidly said Tortilla Española, but they didn’t know it had all this weight for me.

I brought the tortilla because it reminds me that things don’t have to be so heavy. I associate it with being in the moment, enjoying the lightness. 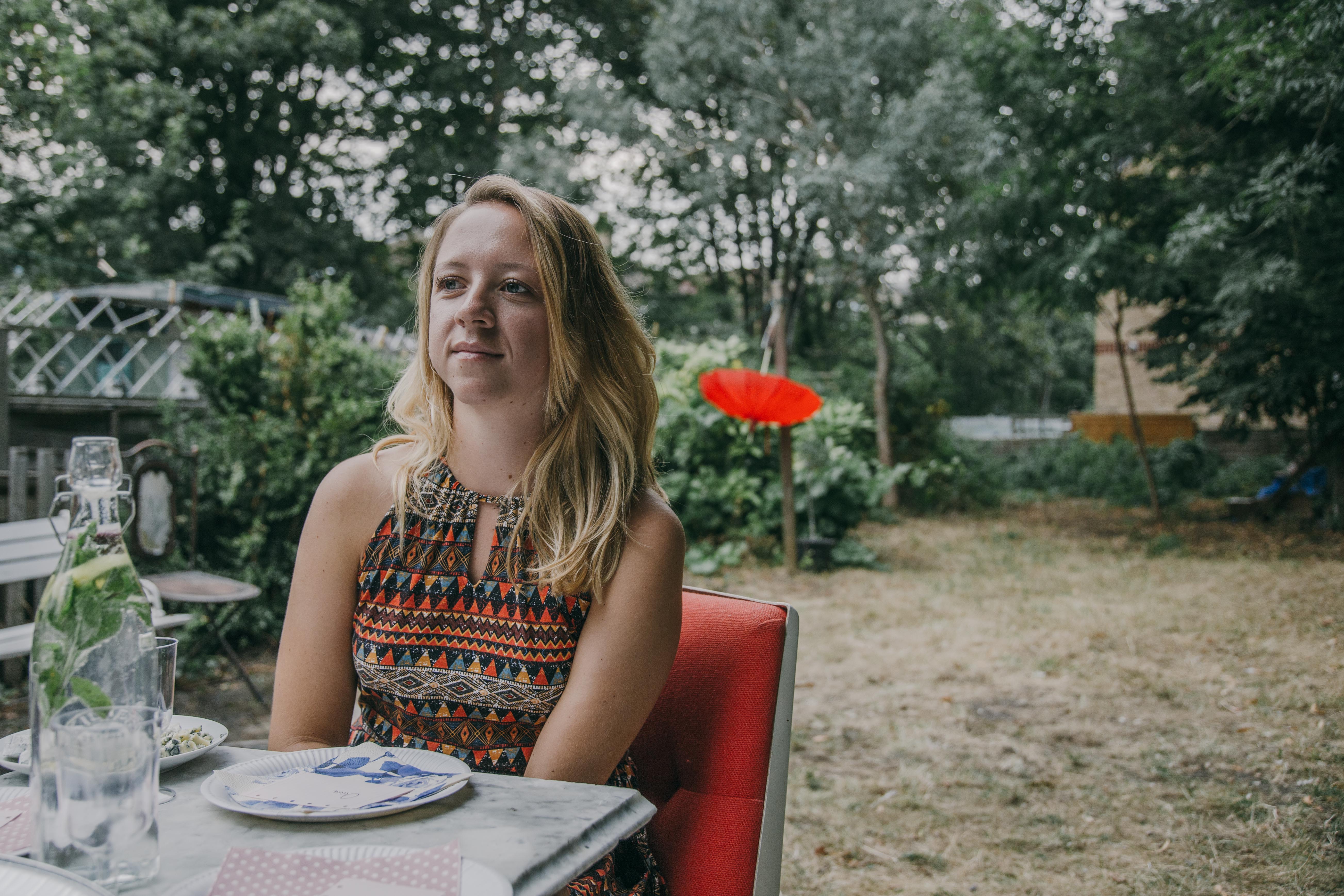 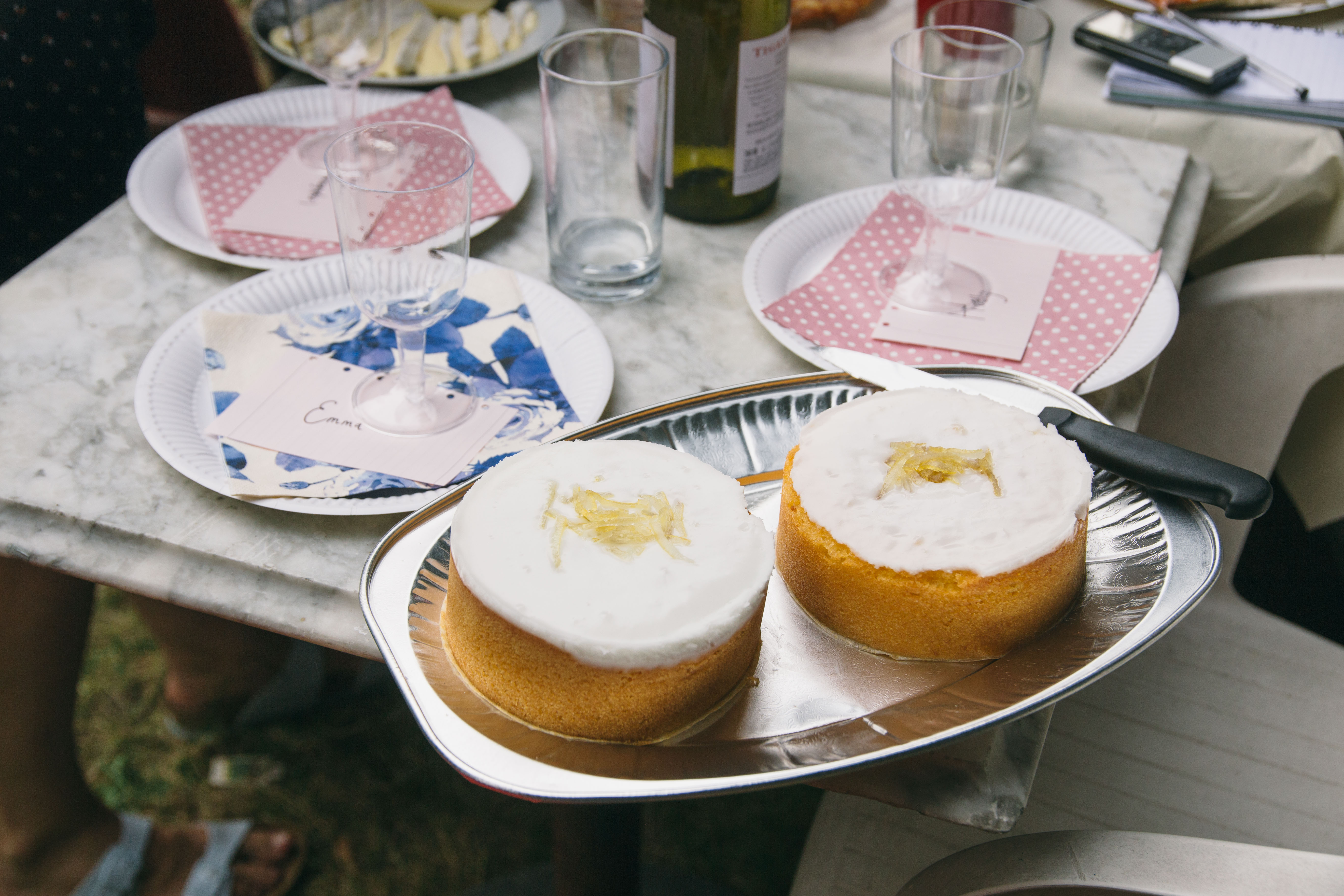 I couldn’t imagine my own Last Supper – or that I would even want one, so I started thinking about the next one I might eat. My grandmother is 86/87 and she has been the biggest influence on my life: she’s a teacher, a life-long socialist.

I remember visiting her house opposite school as a ten-year-old and her handing me a delicious piece of Lemon Drizzle Cake. But when I turned it over, the whole bottom side was mouldy. She’s a war child so refuses to throw anything away. ‘It’s fine, just scrape the mould off,’ she said. That’s a story I know will come up at her funeral and will be part of the long-lasting memory of my grandmother.

When she dies there will be an irrevocable change in my life. I’m trying to mentally prepare so that when it happens, it doesn’t feel so overwhelming. A student of mine was stabbed and killed a year ago, so I had to address the issue then. The fact that I had already started the conversation with some people around me made that experience no less painful, but the questions were already there and I think that’s important. 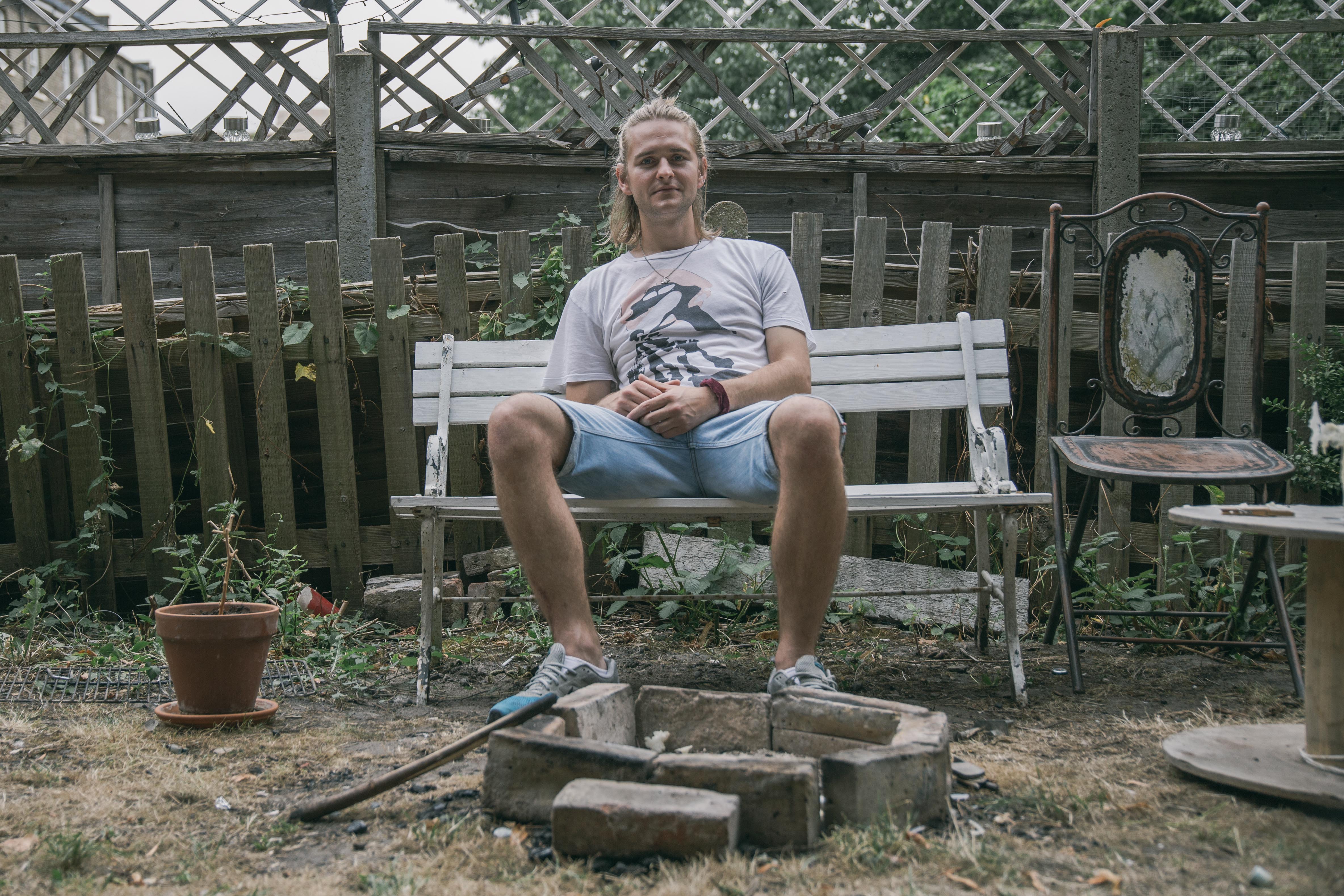 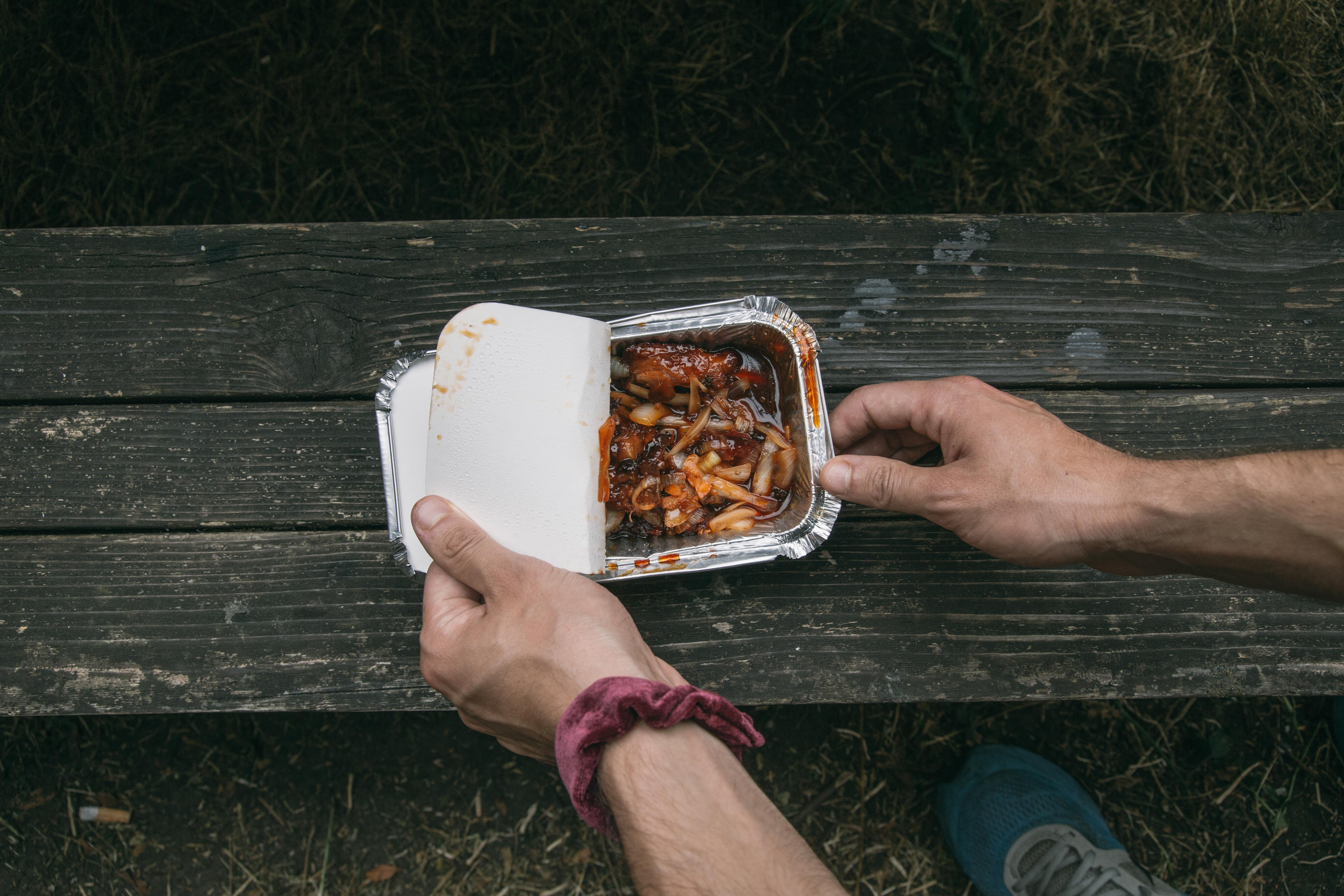 Having a Chinese is such a specific feeling in the house. ‘We’ve been working all week, shall we have a Chinese?’ It’s the best feeling ever – so connected to my memories of family. Growing up it was just my mum and she used to foster children so there was always loads of us. Getting a Chinese meant she didn’t have to deal with having to cook.

The ceremony of getting the Chinese was just something else. It would all come in the bag and everybody would pull all the lids off and fight over the ribs or bits of fish or whatever. It was madness. Always in the front room on the sofas, always watching the football or something together. It’s still a very exciting thing: ‘Let’s get a Chinese!’ It’s ingrained in my head. 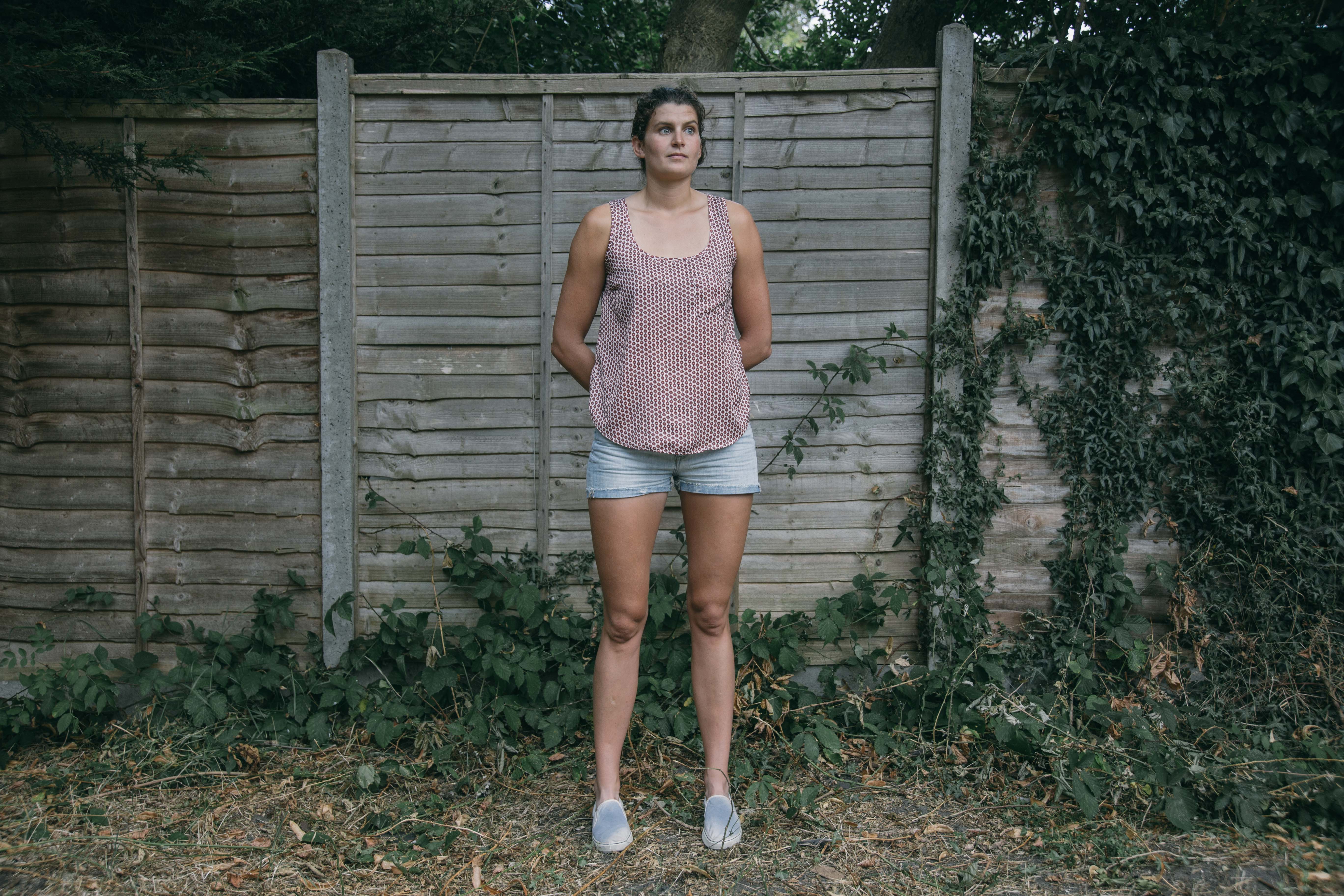 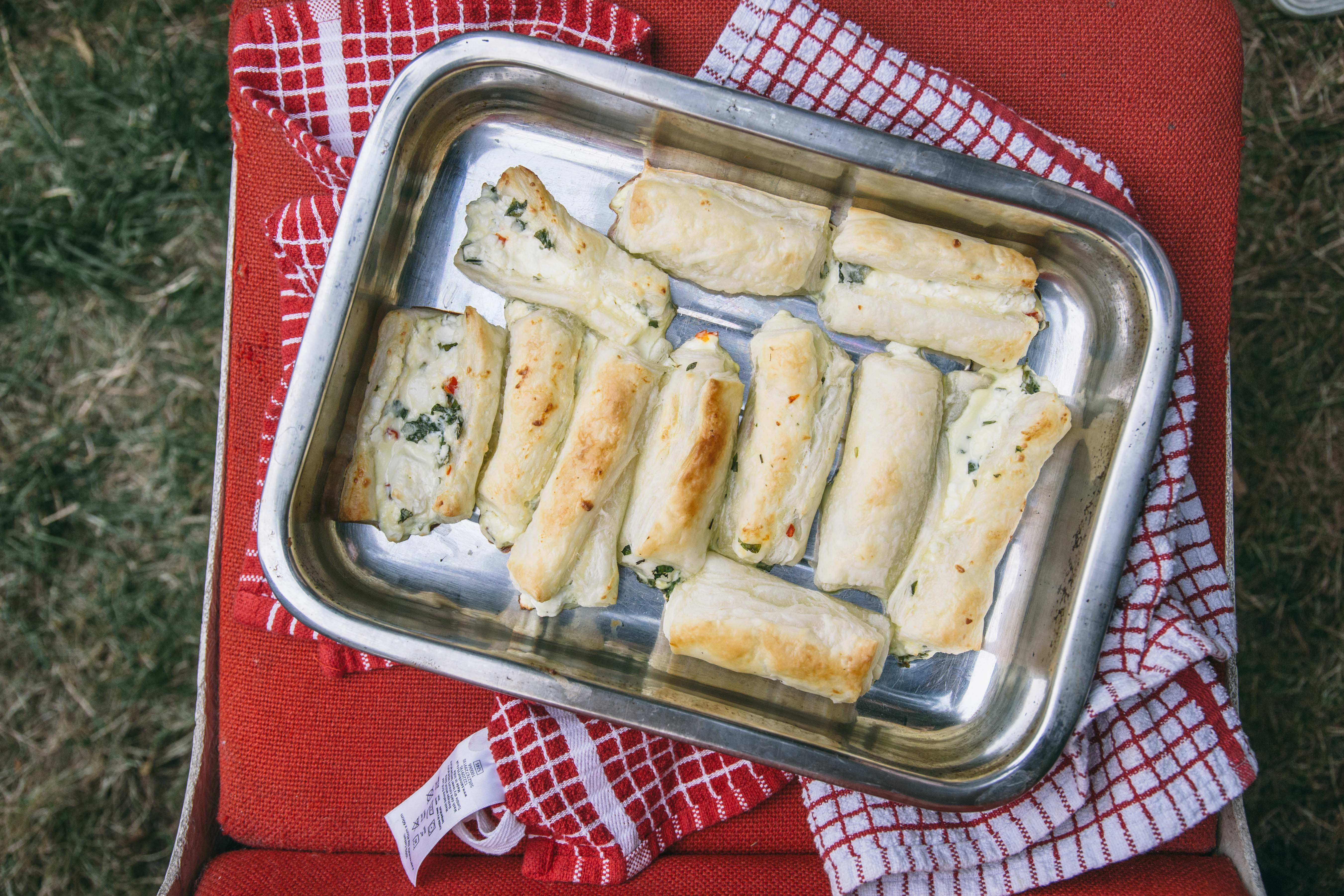 I haven’t cooked this myself, Carien has. It’s feta cheese in pastry. I just arrived from Amsterdam and I wasn’t prepared, but now that I think about it, I wouldn’t cook for my own Last Supper. If everyone is there, standing in the kitchen wouldn’t be the right place to be at that time.

I think I would have already gone, I would have already said goodbye in my head. If you’re able to do one, it’s really for the people left behind because it’s they who will have to deal with it. It would be good to be able to give them closure. Very painful, but it could also be beautiful. 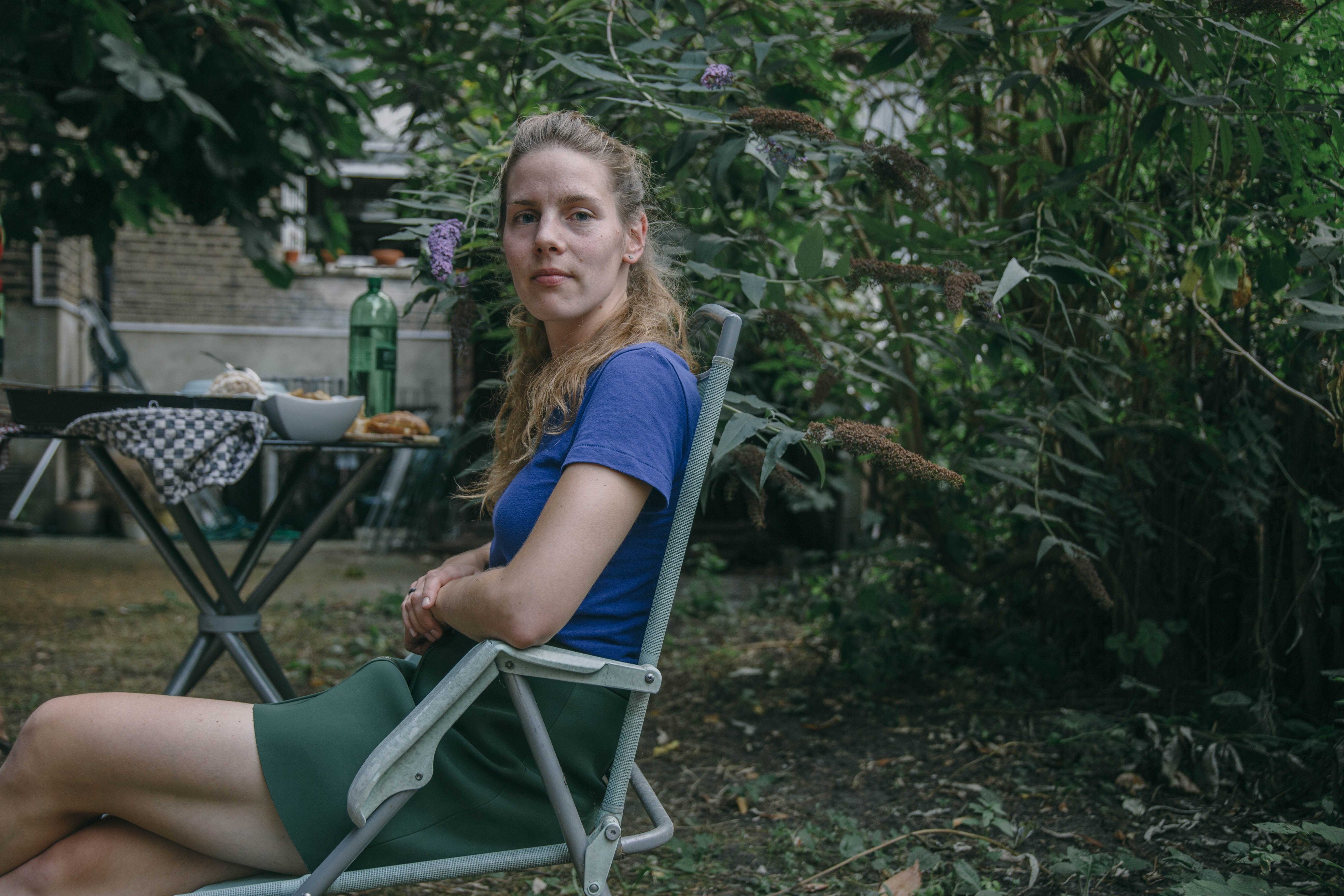 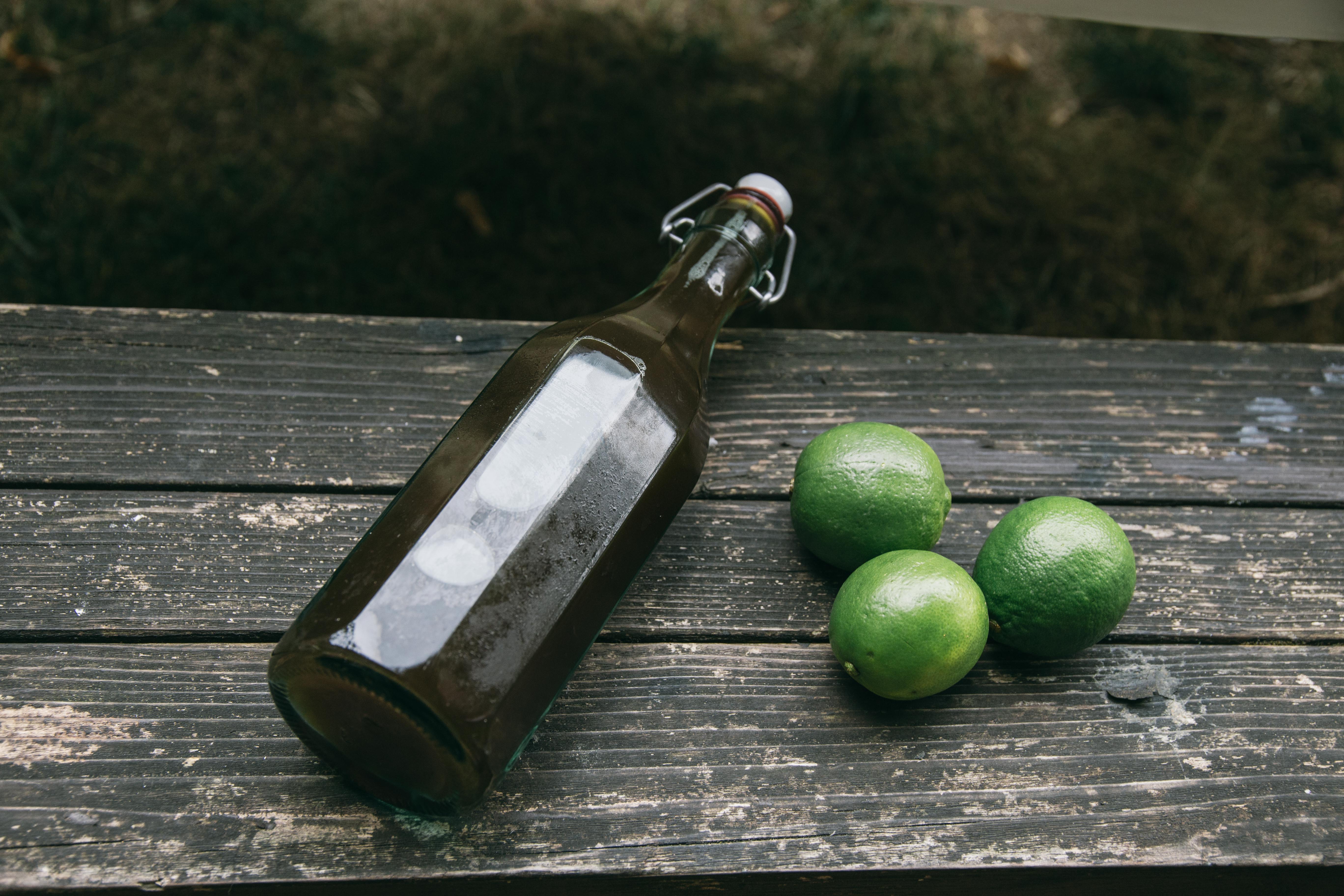 I brought a drink, it’s Maté, a tea from Brazil. I just came back from there and what I always like is experiencing the culture of a country through the food people consume on the streets. On the beach you have guys selling Maté from these big metal cans. I don’t really have a story to tell about this, but I always like to make simple things to share with people. 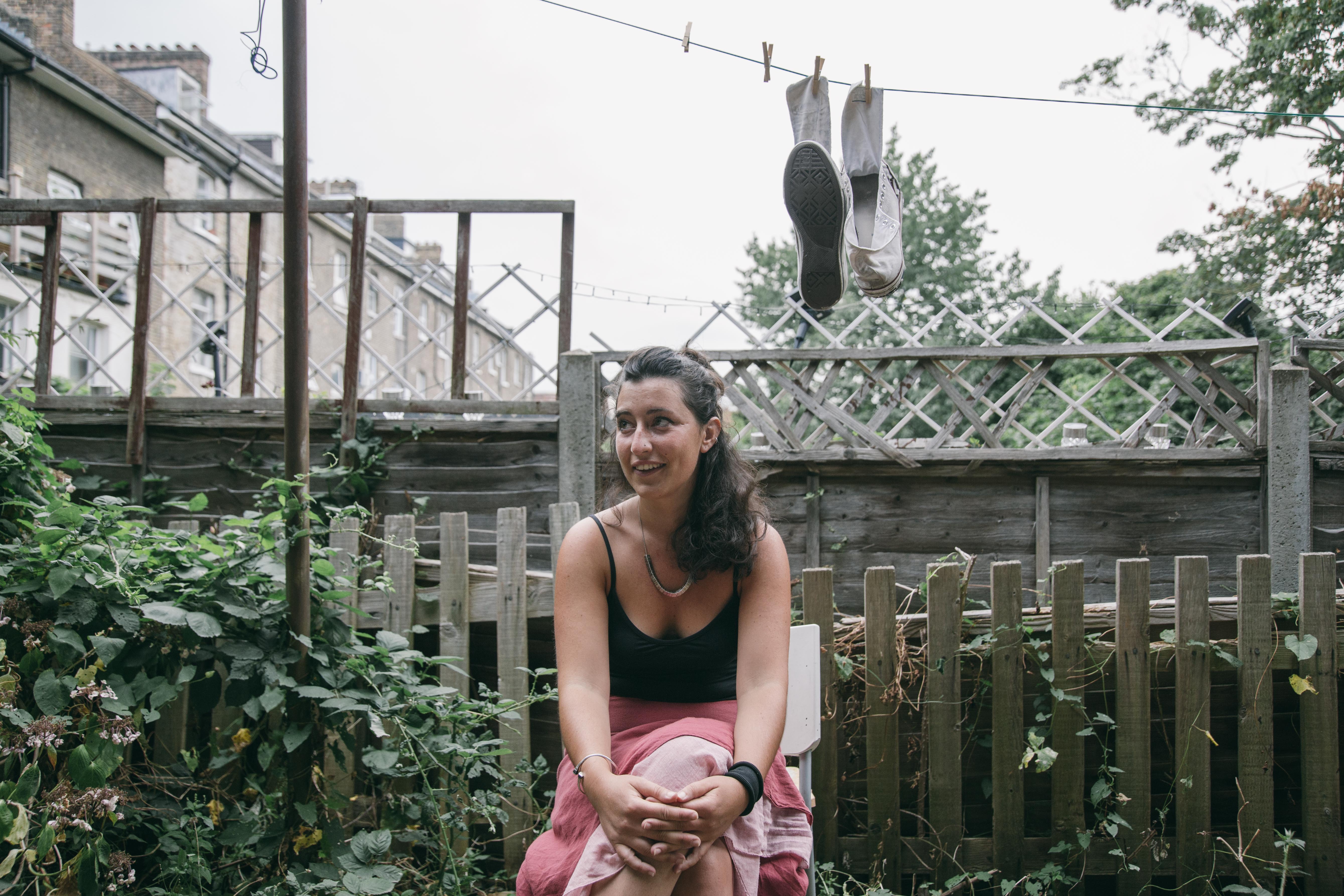 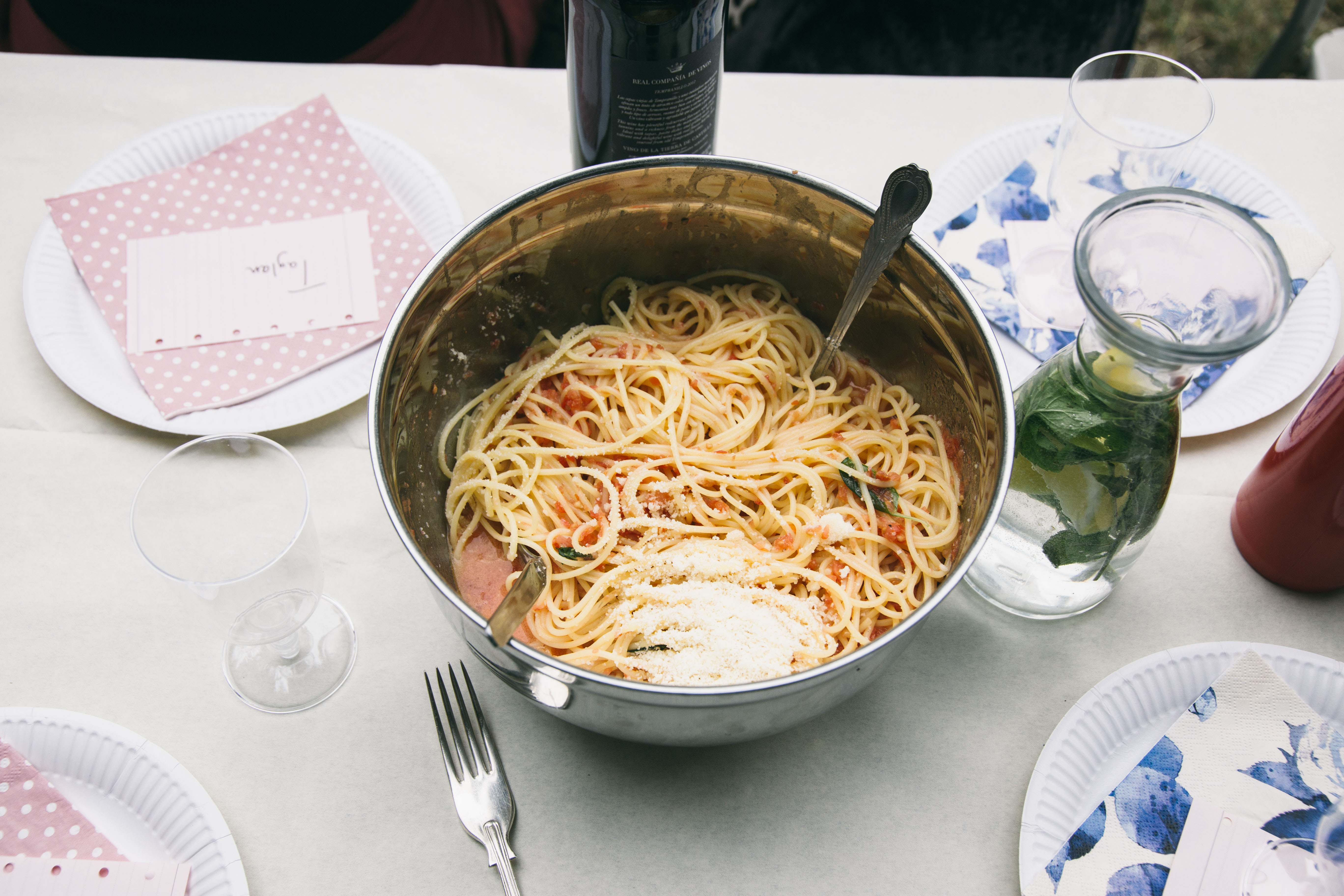 This is the story of my childhood really. It brings back memories of my grandma who raised me, when my mother was working and my father wasn’t around. She was my life coach. Her death was the most painful death I experienced, much more severe than any other deaths in my family. Eating this – or smelling oranges – makes me think of her.

I would probably do a last supper. I think I would be too stressed to eat but I would love to share food with other people. I’m sure there would be people who would’t want to leave me alone in that moment.

But I would prefer not to know when I was about to die. I wouldn’t want to have to think differently about the choices I made in my life or have to be super rational about how to spend my last moments. Life is just beautiful because it flows, on its own.

Linkedin
RELATED ARTICLES
OTHER ARTICLES
Following the release of his latest album, the rapper talks about finding a new approach to songwriting, attitudes to poverty, and why his music is more than a political statement.
From the chip shops, to the bingo parlors and burlesque dancers, photographer Mike Coles remembers capturing scenes of holidaymakers by the English coast.
To mark the premiere of his new documentary on surfing giant Gerry Lopez, the filmmaker and former pro skateboarder sits down to share his unique brand of wisdom.
The author discusses her new memoir, which offers a sobering reflection on the racism and otherness she’s experienced along with a joyful celebration of her culinary heritage.
Photographer Anne-Marie Michel captures the women who through determination and strength are forging their own way in a male-dominated industry.
Ahead of the release of his new album, the producer reflects on his battle with drug use, getting into painting and what Madonna taught him.