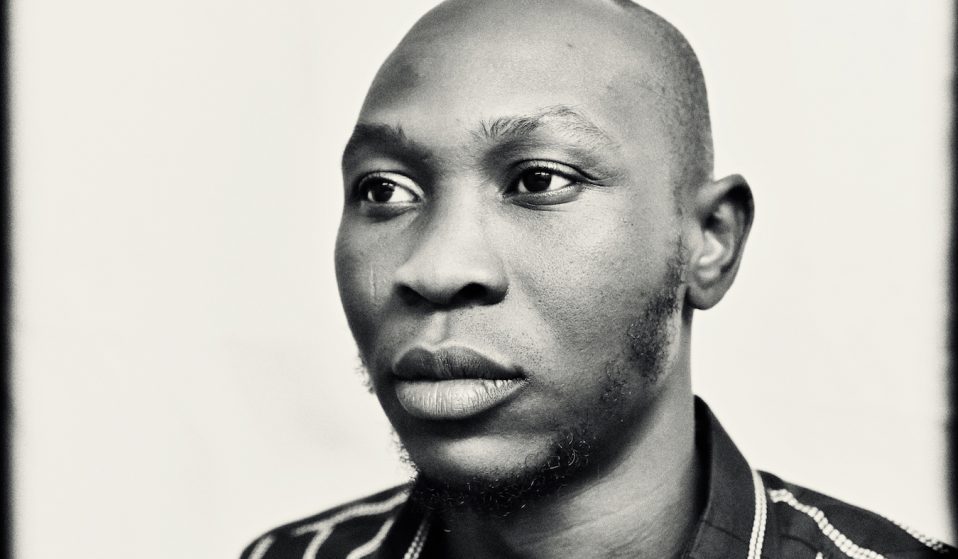 The Egypt 80 band member and youngest son of Afrobeat pioneer Fela Kuti reflects on following in his father’s footsteps and why love isn’t about ownership.

The Egypt 80 band member and youngest son of legendary Afrobeat pioneer Fela Kuti reflects on following in his father’s footsteps and why love isn’t about ownership.

“I do politics to relax from music and I do music to relax from politics,” says Afrobeat musician Seun Kuti. “I’m always relaxing.” Anyone who caught Kuti’s highly-energetic performance with Egypt 80 at Glastonbury recently may detect a note of irony in this statement.

The youngest son of the legendary Fela Kuti has inherited more than just his father’s band. The musician and pan-African activist has been involved in a number of campaigns in recent years, including #EndSARS – a social movement against police brutality in Nigeria. Significantly, he’s revived the Movement of the People (M.O.P.), the political party his father set up in 1979, which was quashed by the military government not long after Fela’s failed presidential bid.

Kuti Jr. reinstated the party in 2020 at a time he believes will be more propitious for anti-establishment parties. The M.O.P. brings together an array of leftwing activist groups intent on building class consciousness and Black pride. At this stage, he doesn’t intend on running as a political leader himself.

The 39-year-old sings and plays the saxophone with a spookily similar panache to his father, who taught him how to play and inducted him into Egypt 80 while he was just eight years old. Kuti has recorded four studio albums with what started out as his father’s band, though there have been a number of personnel changes mostly dictated by time (Fela died in 1997). As well as his own records, he has made appearances on albums by artists such as Common and Jidenna, and he’s played with Sinéad O’Connor and Carlos Santana; the latter appeared on his 2018 album Black Times.

Seun Kuti and Egypt 80 have recently put out an inspired live recording of ‘Love and Revolution’. That track and b-side ‘Emi Aluta’ – another live offering – are likely to get the studio treatment for the group’s forthcoming album, expected next year according to Seun himself (schedules permitting, of course). Ahead of the album’s release, Seun sat down with Huck to share some life lessons, from taking on the elites to keeping a legacy alive.

There’s no burden in continuing a legacy

“When my father died, people said: ‘Oh, Seun inherited the band’, like it was written somewhere that when Fela dies, Seun must take the band. There was nothing like that! Everything was circumstantial, but I was playing with the band already. I love doing it. So when my father died, the family didn’t want the band to keep playing. Nobody wanted that responsibility. The only other musician in the family then was my brother [Femi] and he already had a band and they were doing really well, they’d already gotten his first big hit with ‘Wonder Wonder’.

“I knew that my father really loved his band. It was the most important thing to him, he said it all the time. And also, they’re an African musical institution; we kinda don’t want to let that shit go! So I said to the family, ‘What if I keep playing with the band?’. They said, ‘You can play with the band but don’t come to us when you’re stressing, and you can keep what you make’. I’m like, ‘Really?’ Really. ‘Okay’. And here we are today.

“For me, it was always about duty. Responsibility. I felt that my dad raised me up to that point for that moment, to understand duty, to understand responsibility. So it has never been a burden, in the sense that taking a shower is a burden. I grew up living, breathing, eating, shitting, smelling, crowing, rolling, inhaling, bathing, walking and talking Afrobeat music. That was everything in our life. I went to every show my dad played. He never really said to me: ‘I wanted you to play music’, but he kind of nudged me in that direction.”

Love is not about ownership

“All of my songs are love songs, but I don’t subscribe to romantic love and this notion that ties love to material gifts, because to a certain extent that becomes corrupted. It is corrupted in the sense that we begin to see love as ownership. Giving and taking is like buying and selling, right? So when you are a lover, you do these things. You are doing it as a gesture because you own this person. Love is not about ownership, so this is a bastardisation of the concept. 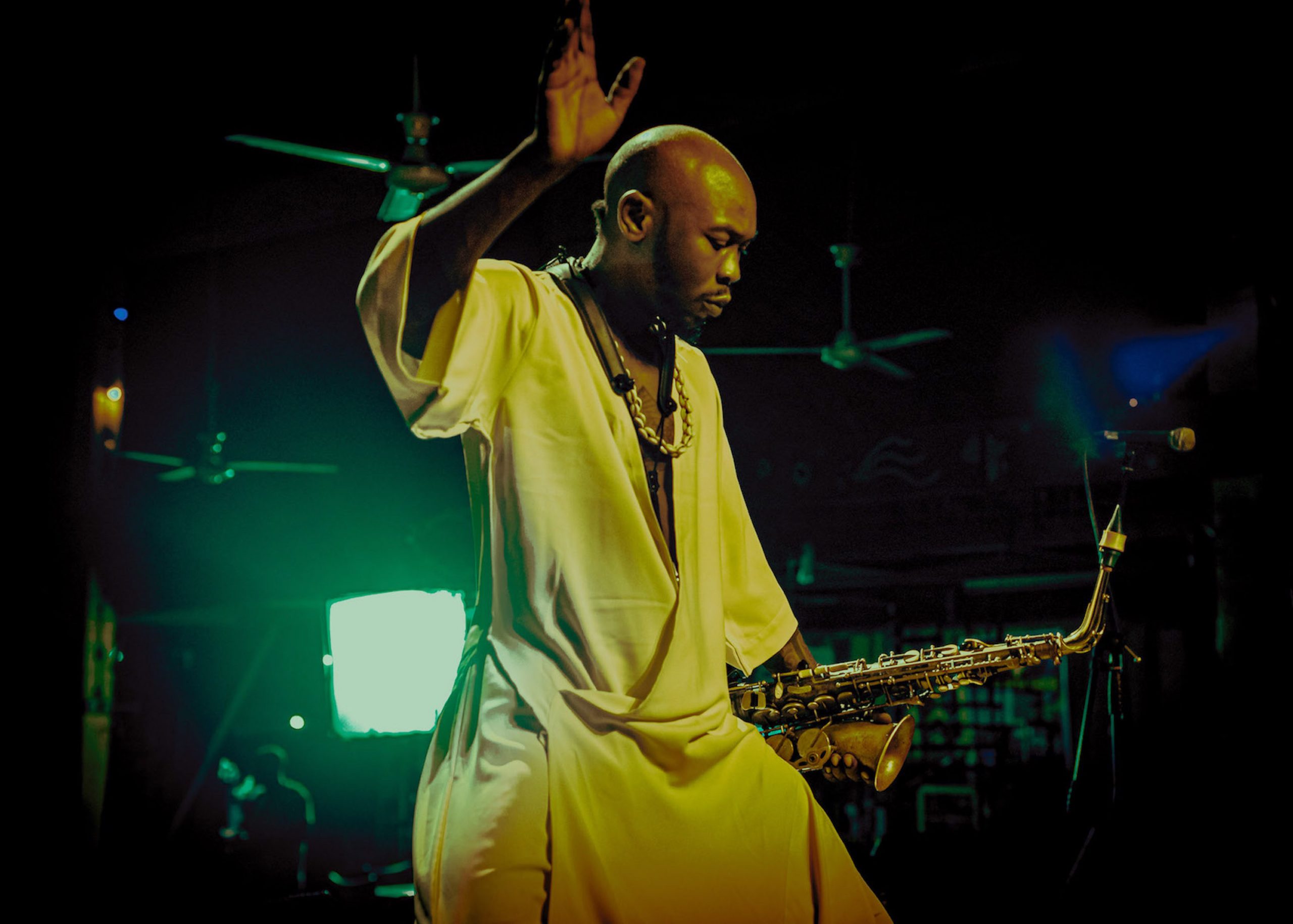 Art can change the world (but it needs help)

“I think artists are put under a lot of pressure when society expects us to be the vanguard of change. What can artist’s change, when engineers don’t want to change anything? Engineers don’t reimagine housing, for example, to be more environmentally friendly, how they design homes, or make it more accessible to more people. Captains of industry, they don’t want to change their negative practices, so we can only really highlight what is going on. And I think that is also a part of the fight to keep the positive message out there in the face of constant resistance. I think that also impacts the fight. To say its the artist’s battle alone; I don’t like saying that.”

The elites are afraid

“Rebuilding the M.O.P. party in my country has been one of my most exciting adventures, and it has really brought me closer to the true potential of African people from all walks of life and across generations. We truly want to see a new representation of what we are as Africans. The only power the African elites have is tyrannical power. We don’t want that. I believe that what they are truly trying to prevent is our ability to create a new kind of power that’s for the people and powered by the people.

“Instead of us pushing people towards feeding their minds, the global elite has been working and concentrating on appetites, so they can make you want to sell your labour just so you can buy some more shit; so that you can look better than your neighbour, so you can feel like a big man among your friends, and things like that. So this is the mindset that they want in society and it is truly what we are trying to counter, the commodification of humanity. 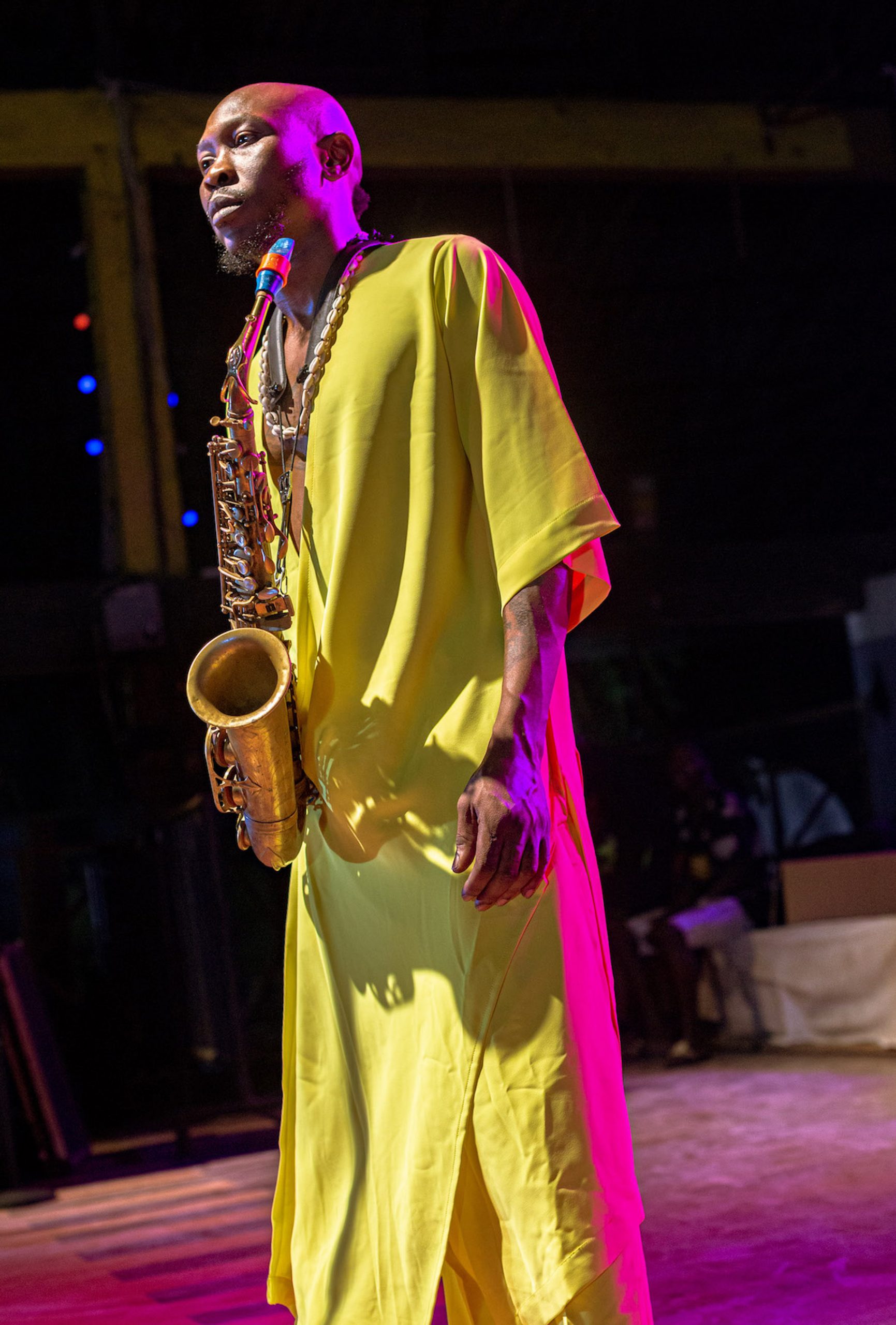 “We’re facing evils in Nigeria today, from imperialist interests and the interests of our local oppressors. So many African lives have been mortgaged so that the wheel can keep turning. We, as African people, must at some point say we are no longer going to be cannon fodder for the profit interest of all these groups.

“We talk about police brutality but we really want to end all oppression in Nigeria. I think that is what people in Africa truly want, the end of oppression, be it in the factory, be it in work, be it in our homes, where the African has dignity and can exist in his true form.

Egypt 80 is only getting stronger

“The lineup changes are going to be complete soon because of time. My dad has been dead now for 24 years, but we still have some members that are in their late 50s who played with my dad, who were in their 20s when they were in the band back then. We always have new generations being mentored and coming through. I lost my bandleader last year. I have a new guitarist already who had been under him for a while. It’s not just the music, but the spirits too, and that synchronicity that you need to have to be in a big band, understanding the man next to you and the man in front of you. We are the same in spirit but we are changing, definitely.

“People are getting old, like Baba Ani, who was the bandleader since 1978, until he just retired two years ago. So it’s just time, and getting older: the core of the band is really changing. And I’m happy about that, because the more the body changes, the stronger the spirit seems to be. So that means that dudes who are leaving us are still with us in spirit, my spirituality acknowledges that. I truly feel that and it’s part of what we do today, and that’s why we’re still going.”

Linkedin
RELATED ARTICLES
OTHER ARTICLES
To mark the premiere of his new documentary on surfing giant Gerry Lopez, the filmmaker and former pro skateboarder sits down to share his unique brand of wisdom.
A new series of photos by Johny Pitts shines a light on communities and subcultures that have all too often been overlooked.
A sharp increase in officers armed with the electrical weapon is resulting in serious injuries and deaths.
From the chip shops, to the bingo parlors and burlesque dancers, photographer Mike Coles remembers capturing scenes of holidaymakers by the English coast.
In the latest instalment of Photographers in Conversation, the creator talks portraiture, platforms and taking inspiration from Little Simz.
Last week, Tower Hamlets council removed its nudity-restricting licensing conditions in a huge win for London’s kink community.