Art & Culture / Shame have been coming down and growing up 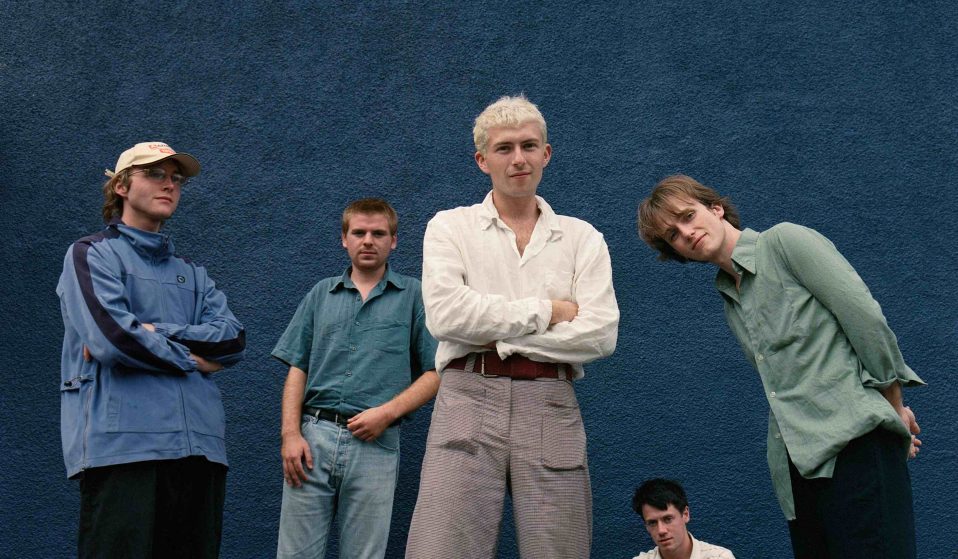 After an extensive period on the road, the band returned to London restless and jumpy. The music that followed is their best yet.

After an extensive period on the road, the band returned to their native London restless and jumpy. The music that followed is their best yet.

After two-and-a-half years of sustained touring, Shame frontman Charlie Steen crashed back into London with a thud.

People had warned him about the comedown that followed a prolonged period on the road, yet it all still came as a shock. After all, the band had spent a significant chunk of their adult lives in transience: when the mammoth tour of their debut album came to an end, the stasis that followed made for an unsettling change of pace. “You always think you should be doing something. It’s very hard to sit still,” Steen says. “You’re searching for satisfaction, that cause for celebration.”

At first, he tried to party his way out of the rut. However, it soon became apparent that wasn’t a sustainable long-term strategy. So instead, Steen took up refuge in his bedroom: a converted washing machine room in the former nursing home he was living in at the time; a room he’d christened ‘The Womb’, due to the fact it was painted entirely pink.

It was here, inside said Womb, that he began reacclimatising. “In many ways, this new record – a part of it – is my experience of coming back from touring. But I think mainly, it’s about becoming comfortable in your own company. Learning to enjoy your own company, which is something most people have experienced.”

Today, Steen is talking over Zoom from a different bedroom, propped up and sipping coffee in his Peckham flat. Charlie Forbes, Shame’s drummer and voice of their roguish Twitter account, is on the call too, answering questions as he makes his way through London on-foot. The new record in question, which they’re here today to discuss, is Drunk Tank Pink – named after the colour of the aforementioned bedroom in which Steen spent writing it. “You can learn almost everything you need to know about a person by walking into their bedroom,” he says.

Although it was written before the Covid-19 crisis, Drunk Tank Pink will be released in the throes of a third national lockdown in the UK, when many are feeling isolated and restless. “Although it isn’t specifically about that type of isolation, it touches on similar things,” admits Forbes. “We’ll deliver a booming economy album next.”

Shame formed in their native south London during the summer of their AS levels, part of the Queen’s Head pub’s notorious musical family which included Alabama 3, Stiff Little Fingers and Fat White Family. Along with the two Charlies, there’s guitarists Sean Coyle-Smith and Eddie Green, and bassist Josh Finerty. Their 2018 debut Songs Of Praise announced them as a UK band with their sights set on the very top and, having already built a reputation as a ferocious live act, they toured the record relentlessly. It took them all over the UK, Europe and America – where they drove around 10,000 miles in just six weeks.

It was during those moments – “the dips” – that the themes that make up Drunk Tank Pink first began to manifest. “It’s the sort of balance of excess,” says Steen. “It’s a very strange thing: you can do a great show and it will be amazing, and then there’s a party that’s happening in a hotel. Or you’ve got the flip side, where you’re just sat in a van and your phone’s broken and you’re staring out the window on a ten-hour drive.”

When Shame did eventually return home, there was a two-month lull between the final show and starting work on the new record. During this time, Forbes admits that every member of the band found themselves “a bit fucked up in different ways”. It’s in Drunk Tank Pink’s most feverish moments that these feelings come to a head: while Songs Of Praise existed as a snarling cry of youthful indifference, its successor tactfully engages with the trials of early adulthood. 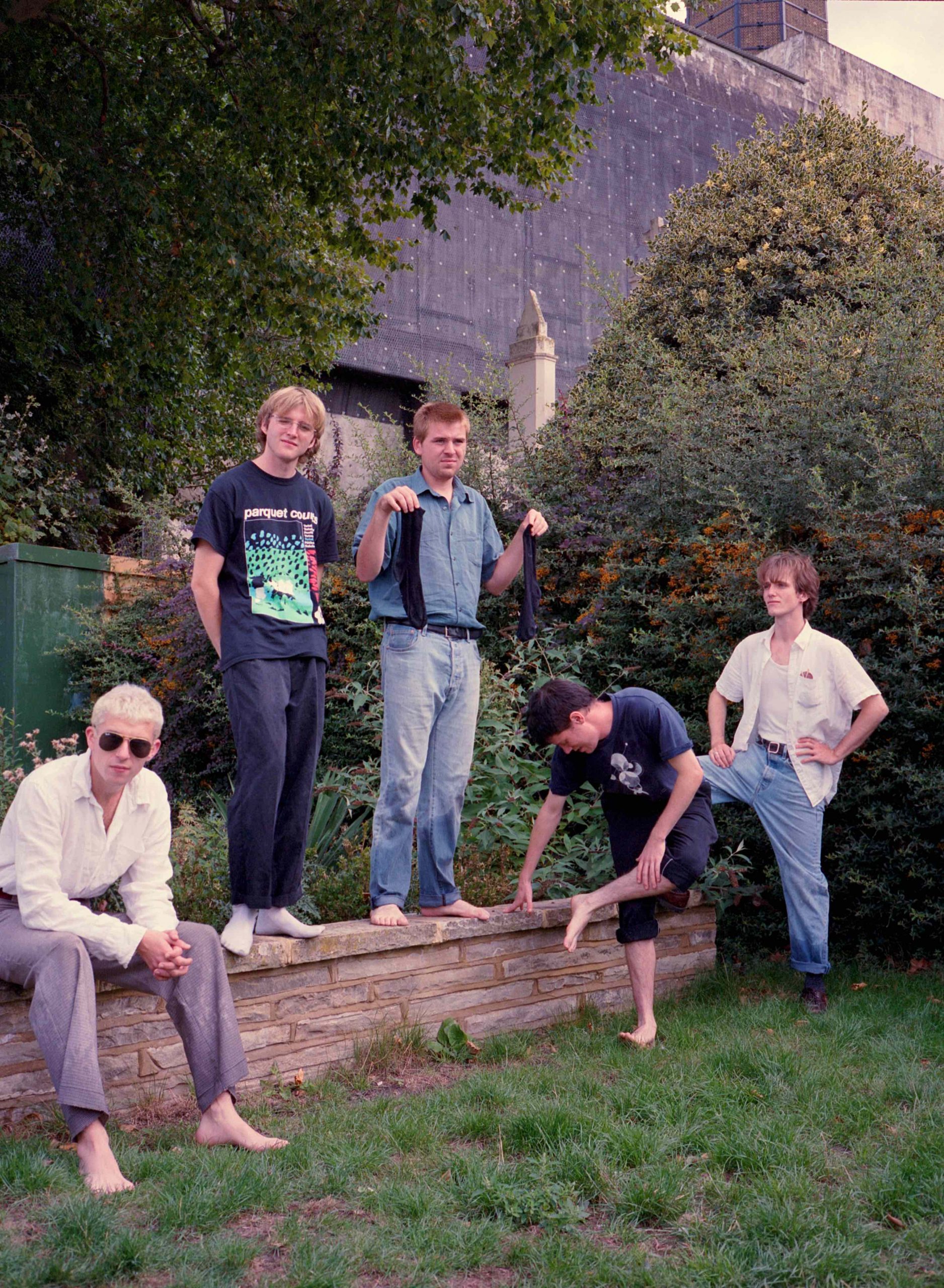 In many ways, the period that followed their debut has been about reckoning with the realities of life as a young band today. The slog of touring is one thing, but both Charlies also speak passionately when it comes to the streaming economy (Forbes: “People haven’t quite cottoned on to how fucking shit can it be”), the lack of government support for UK venues (Steen: “Tories are cunts, no brainer, common knowledge”), and the impact Brexit will have on UK bands (Forbes: “The opportunity is going to get stolen away from any small band that doesn’t have huge financial backing behind them”).

This isn’t to say that the members of Shame aren’t having a blast: they’re quick to acknowledge the privileged position they find themselves in. Rather, the Charlies are most engaging when it comes to demystifying the idea of what it means to make music in modern Britain. “We got to the point where we didn’t have jobs and stuff, but it didn’t mean we were loaded,” says Forbes. “We just physically didn’t have time to do another job. Just because I quit my job, doesn’t mean I’m sitting on a fat stack.”

For instance, in a 2018 interview with the Guardian, the band cheerily dismantled the idea of the rock star, with Steen memorably stating: “That lifestyle could only exist because of money. Bands can’t go out now and get a kilo of coke or drive to Las Vegas in a Ferrari. Now it’s get a gram of speed and sit in a Travelodge.” Two years later, that idea is even more concrete. “Can’t even afford the Travelodge,” says Forbes. “Can still afford the speed, though!” his bandmate counters.

Elsewhere, Steen recalls a meeting with Bez of The Happy Mondays – bygone protagonist if ever there was one – during which the generational divide was laid bare. “We were doing a charity gig in Manchester and we’d been up all night before. It was one of those cold northern days, where no matter where you are, you’re just cold. Bez was there backstage and he was fucked, holding this huge bag of mushrooms. He was swaying, standing at such an angle that his whole pint was slowly draining itself onto Eddie’s foot and he was like, ‘Kids, have some shrooms!’ We were all just like, ‘… No?’ He looked shocked.”

Shame’s tour manager has a saying: ‘Touring years to bands are like human years to dogs’. Which is to say, you age about seven for every one that goes by. Steen, Forbes and their bandmates have done a lot of growing up in that time. Naturally, their relationships with each other have evolved too. They’ve grown up together and, with fresh UK and European tours scheduled for the end of this year – virus willing – there’s more to do, but they’ll be hurtling into the next chapter as well-equipped as they’ve ever been. Amid the highs and lows, the members of Shame have learnt to find comfort in the middle ground.

“I think it’s at a really good place now,” says Steen. “I think there are definitely moments in touring where it gets a bit rocky. But that’s just what’s going to happen. To anyone who’s ever travelled with a friend: imagine doing that for fucking four years.”

“When you’re travelling that much, as we did, you learn the spot when people aren’t okay,” adds Forbes. “We’ve had enough mental breakdowns now to be able to spot when someone isn’t particularly having a good day. It’s about knowing each other’s limits, and knowing when someone needs a bit of love and care.” 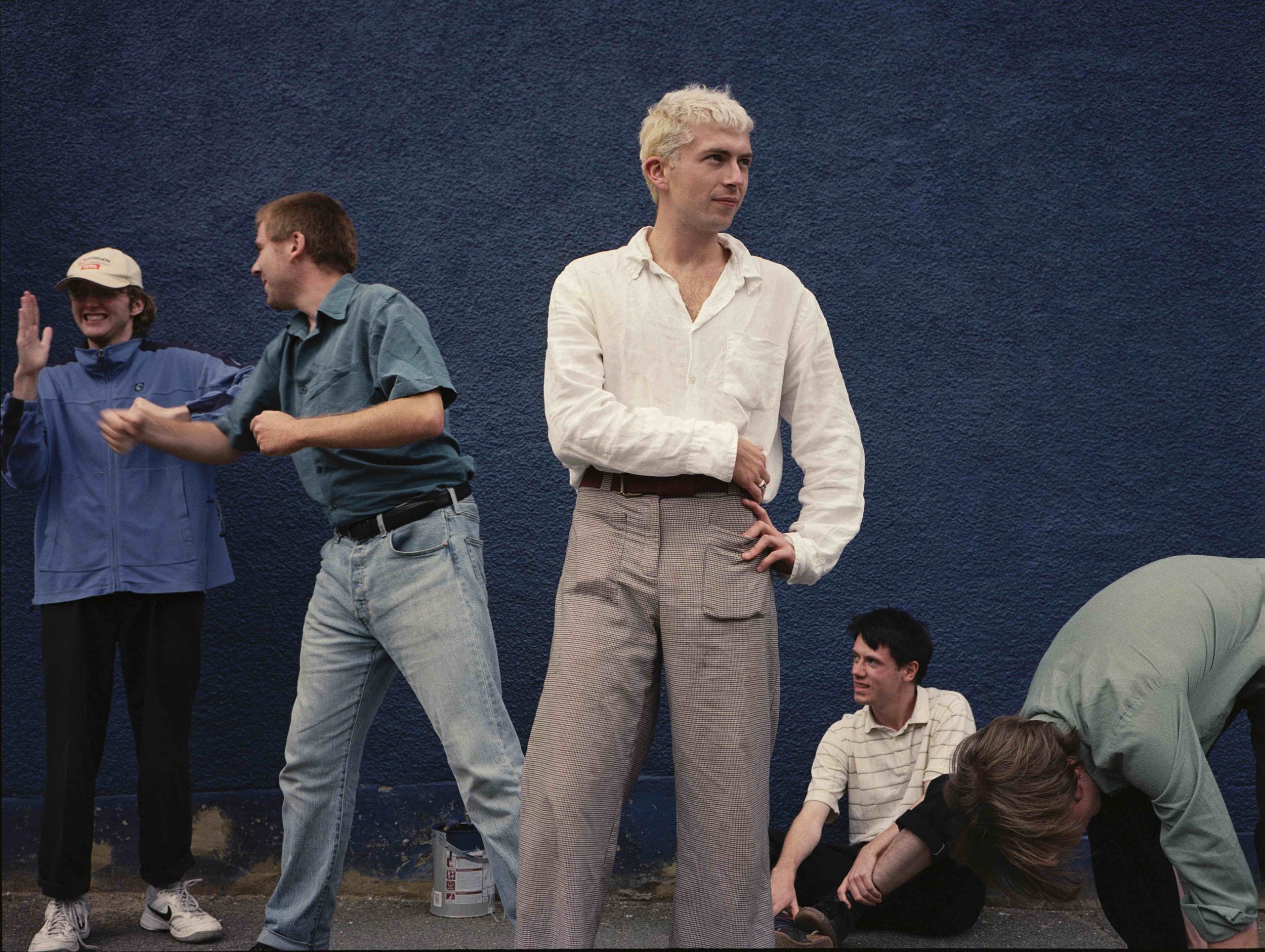 Linkedin
RELATED ARTICLES
OTHER ARTICLES
Photographer David Hoffman recalls documenting the extreme wealth inequality around Tower Hamlets and Hackney int the 1980s.
The last few years have seen an increase in LGBTQ-led initiatives to feed the hungry, with many finding ways to stay afloat despite the challenges.
In her new book, the author explores the country’s housing crisis in human terms and calls for radical action to address a broken system.
50 years since its inception, and the campaign calling for recognition that capitalism depends on domestic labour is as pertinent as ever.
With inflation now at a 40-year-high of 9 per cent, demonstrations organised by TUC took place to demand action from the government.
In the latest instalment of Photographers in Conversation, the chronicler of raves, protests and beyond explains why he’s drawn to such specifically visceral environments.